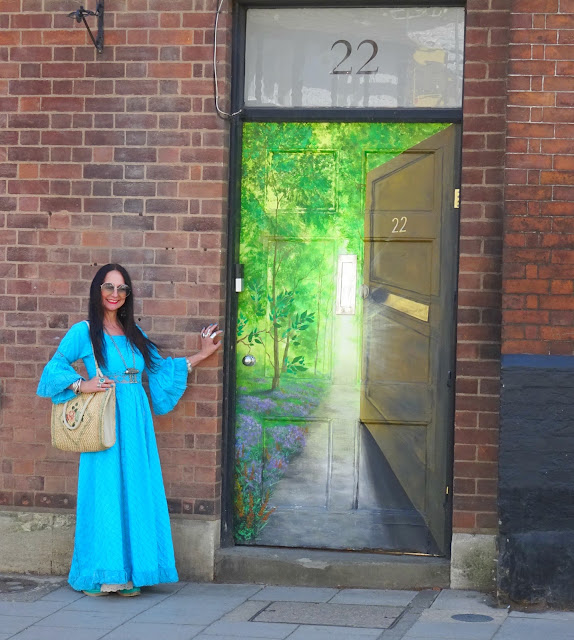 A few years ago we traded at a festival held on the riverbank opposite Tewkesbury Abbey (HERE) and said that we'd have to cross the river and explore the town but never got round to it, that's until a friend shared a photo on Instagram of an amazing trompe l'oeil decorated door. That was just the push I needed, I can resist anything but a fancy doorway so today, we finally went to Tewkesbury. 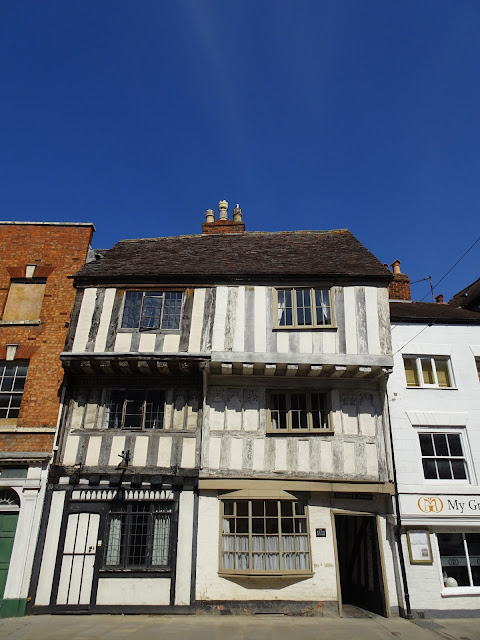 Situated in the county of Gloucestershire in the gorgeous area known as the Cotswolds, the Medieval town of Tewkesbury is just an hour's drive from Walsall (I know, it's so close, why on earth hadn't we been before?) The town stands on the confluence of the Rivers Severn and Avon and the name comes from Theoc, a Saxon who founded a hermitage here in the 7th Century. The Battle of Tewkesbury, on 4th May 1471 was one of the decisive battles of the Wars of the Roses. 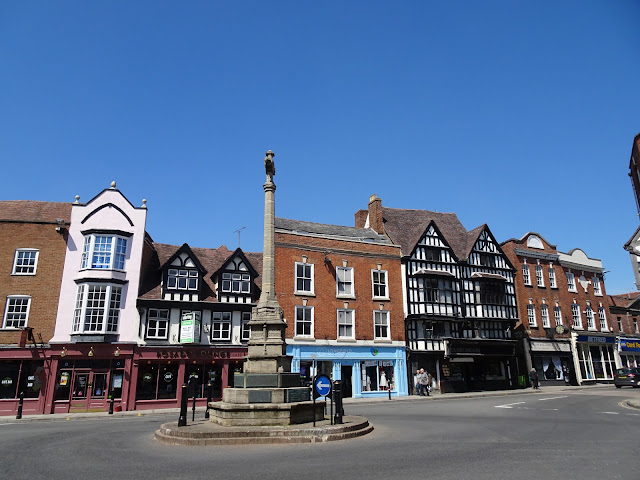 Tewkesbury is crammed with fine Tudor buildings and is deservedly popular with tourists. 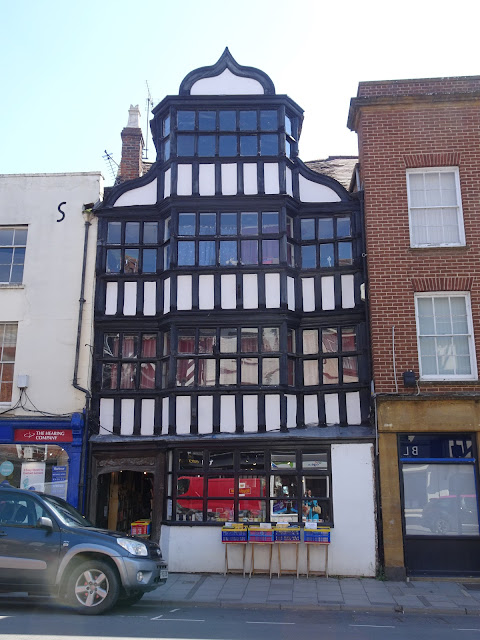 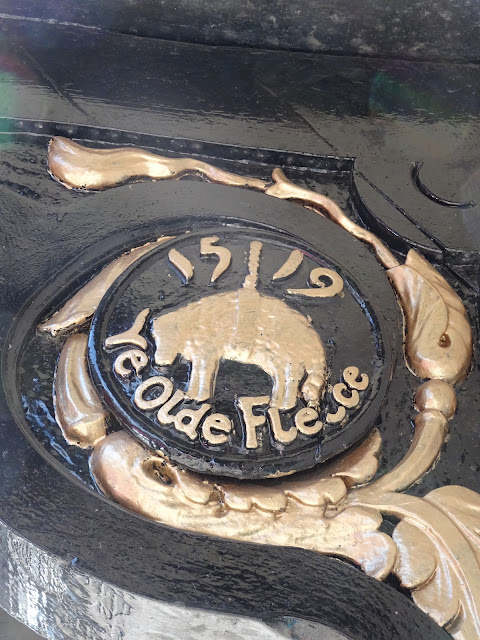 The age of this old inn (now a hairdressers) speaks for itself. 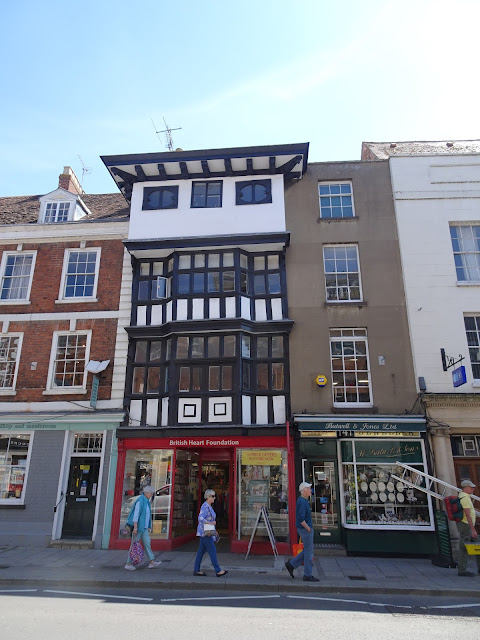 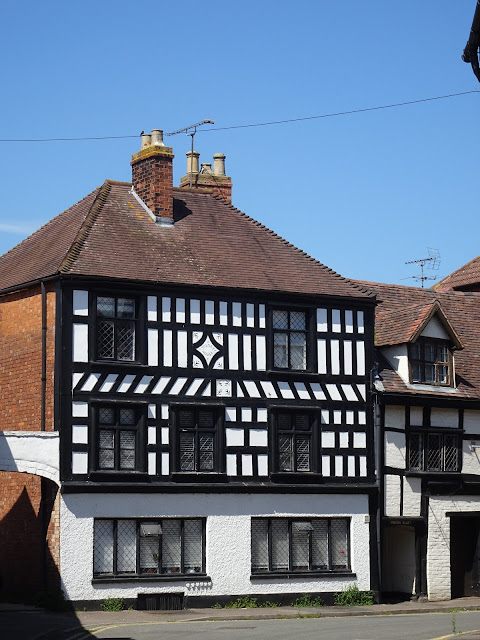 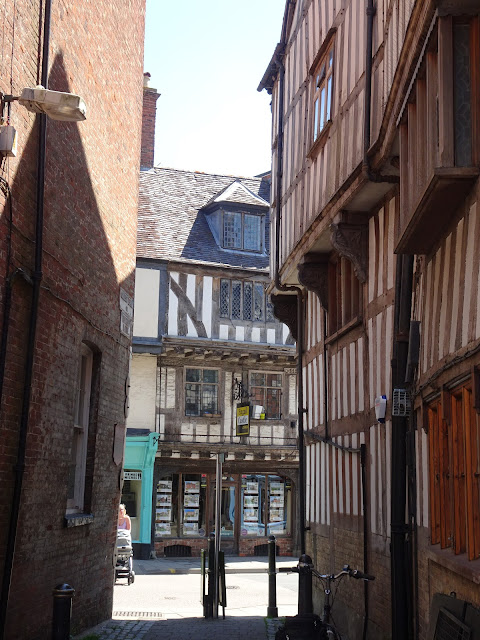 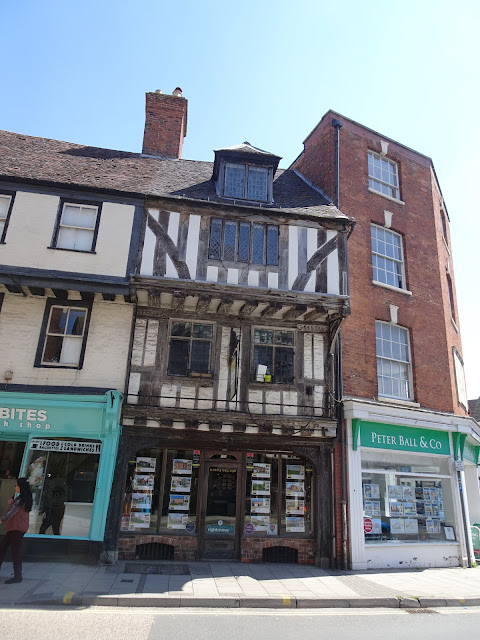 The Ancient Grudge Inn (now an estate agent) was built in 1471, the name refers to the enmity between the houses of York & Lancaster, the cause of the Battle of Tewkesbury. 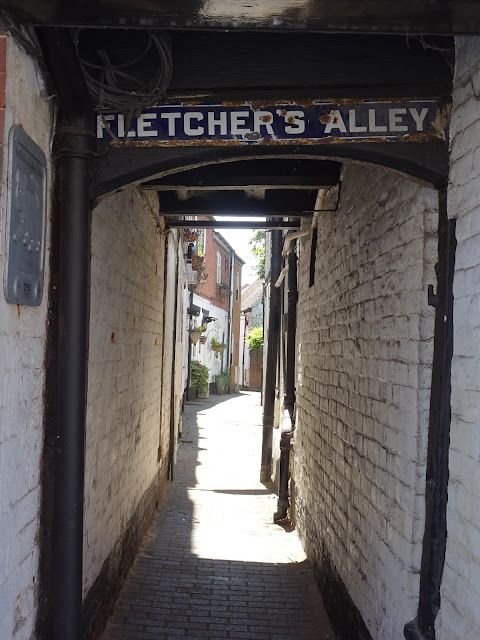 Tewkesbury is famed for these little alleyways. They're all so enticing. 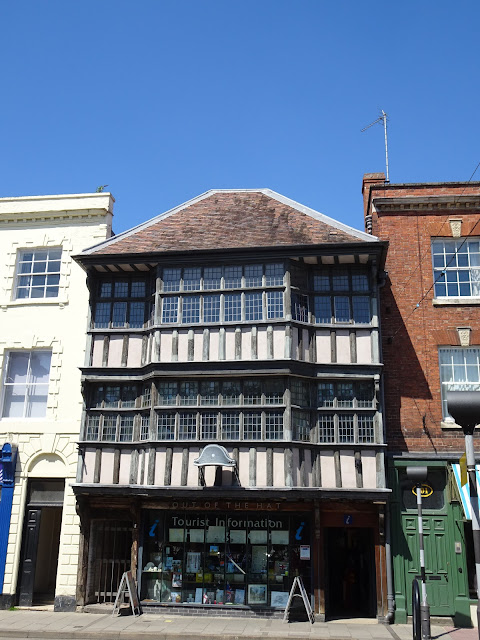 The tourist information centre is situated in a building built in 1694. The beadle's hat suspended from the first floor is a leftover from when the building was used as a hat shop. 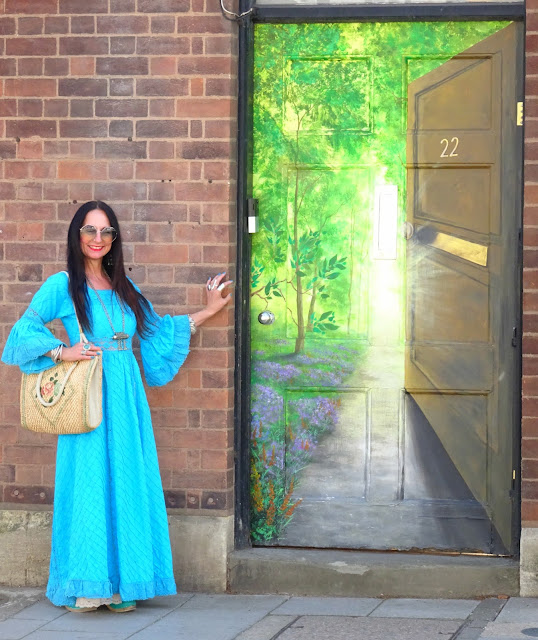 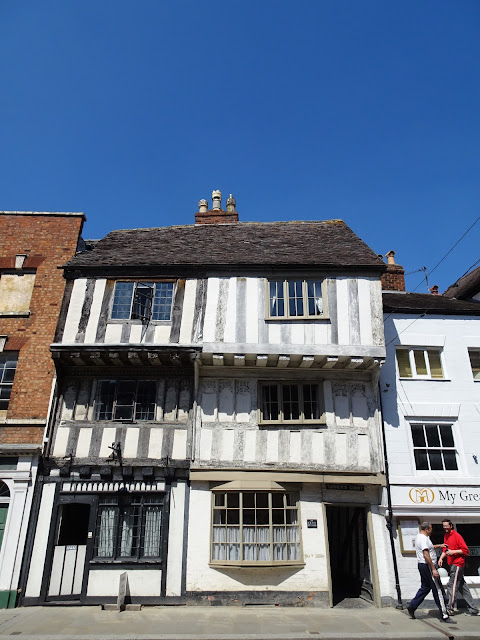 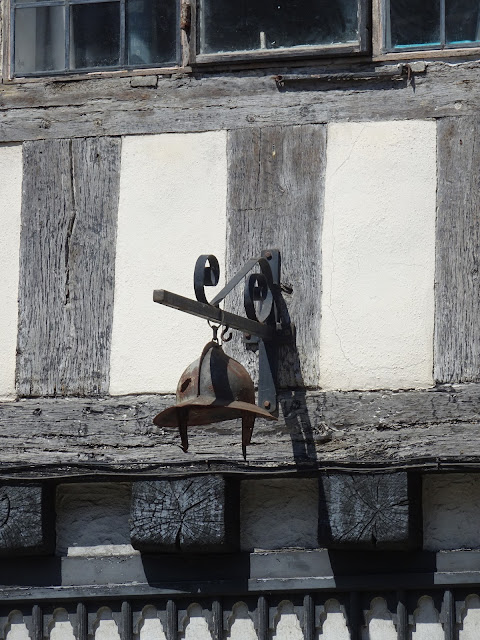 A relic from the War of the Roses? 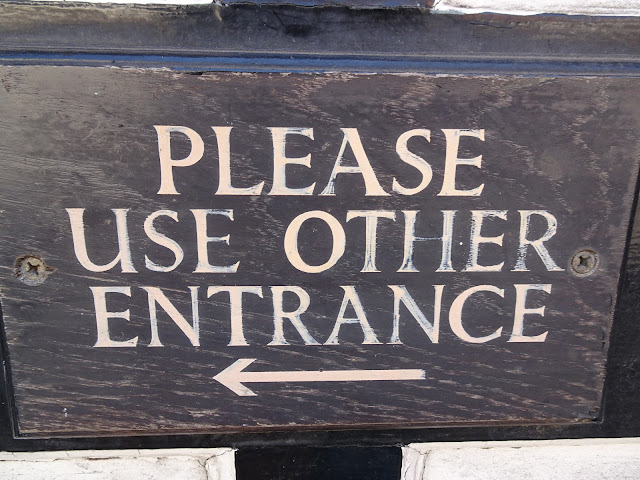 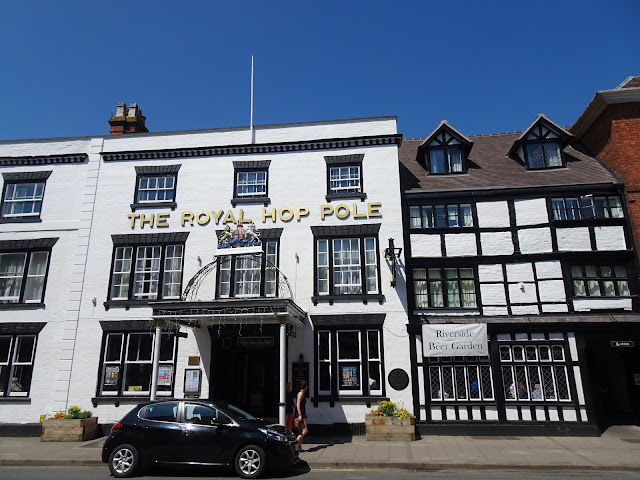 Historic inn, the Royal Hop Pole is now run by Wetherspoons and was mentioned by Charles Dickens in the Pickwick Papers. When the new owners were refurbishing it they uncovered the remains of a previously forgotten Medieval dining hall. 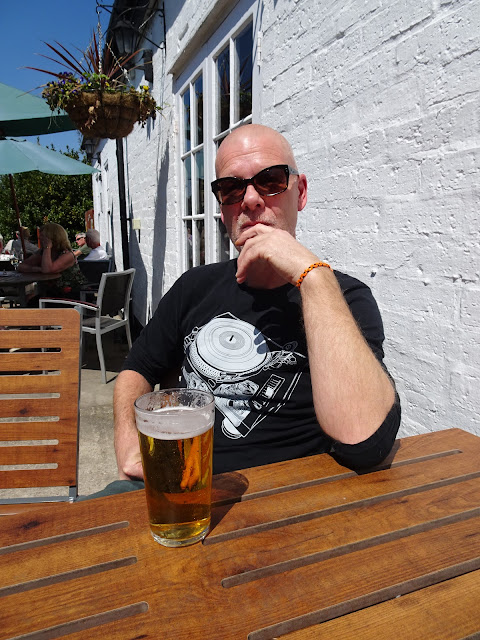 It would have been rude not to partake in a spot of lunch and a beer or two in the sunshine (lager shandy for the driver). 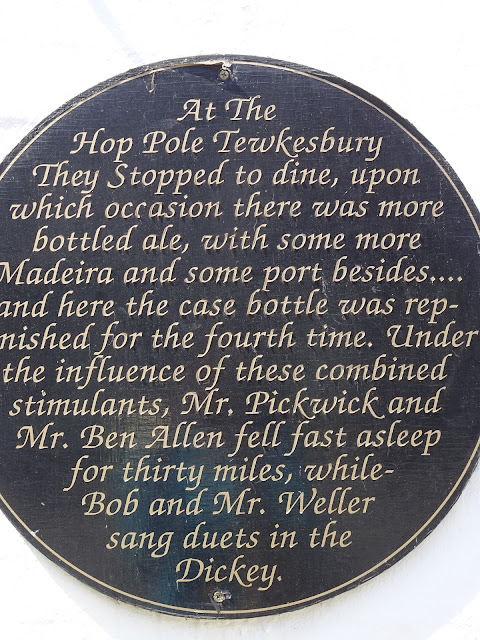 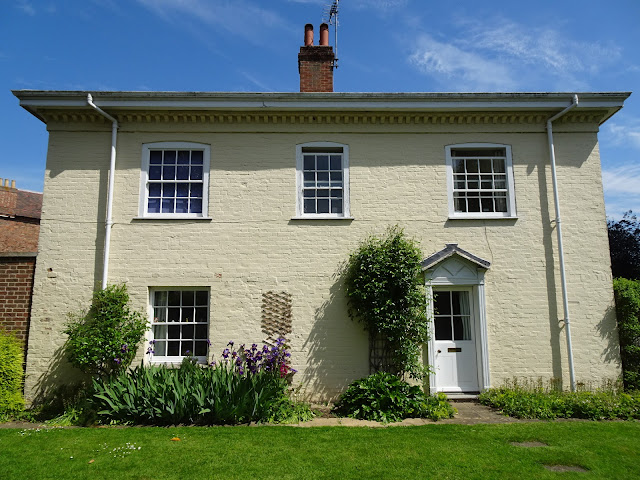 Planting inspiration - I need a whopping great clump of Irises outside Stonecroft. 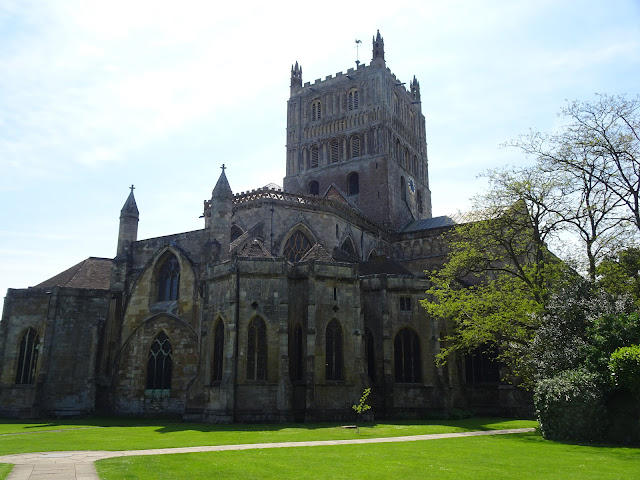 Built in Norman times, Tewkesbury Abbey is the town's major claim to fame. Originally part of a monastery, it was saved from Henry VIII's dissolution of the monasteries after being bought by the townspeople for the price of the lead on the roof.  The church has the tallest Norman tower still in existence. 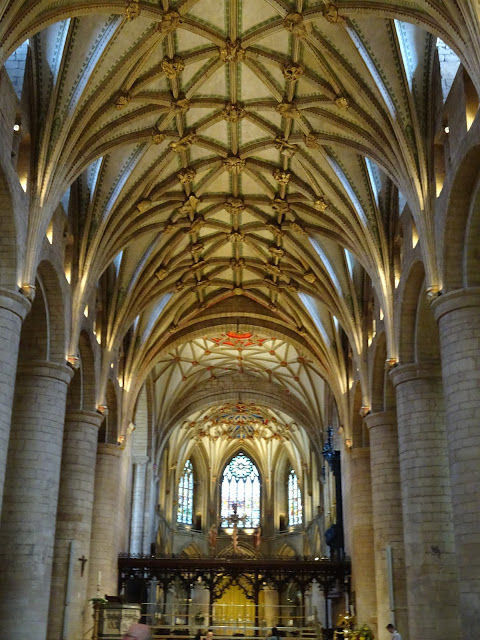 I'm fascinated by these remembrance plaques. The one on the left honoured a 34 year-old man who'd drowned in a shipwreck off the coast of Ceylon in 1806. 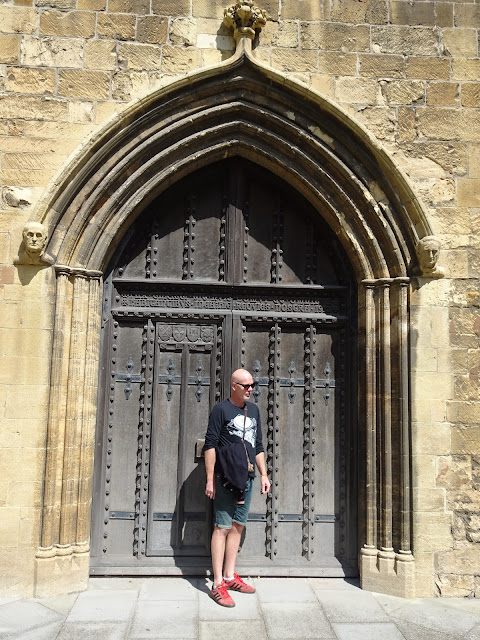 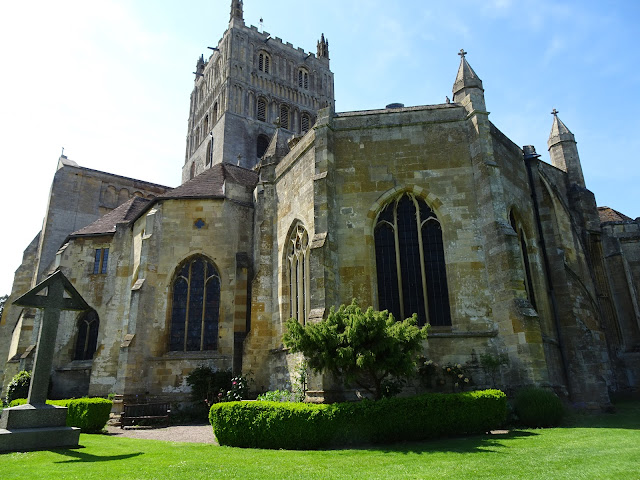 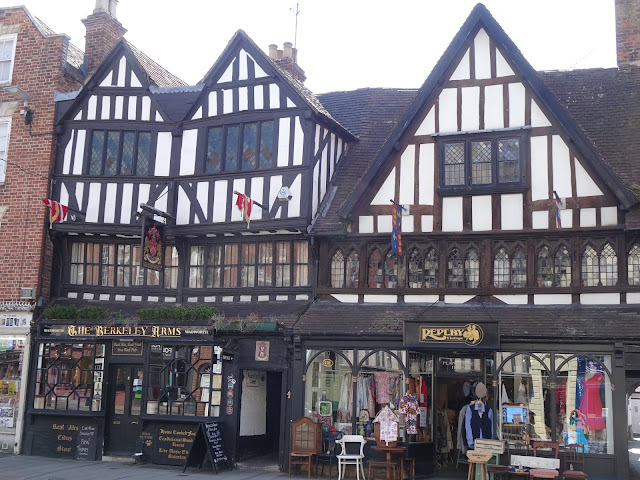 Replay Vintage was lovely, the owner greeted us with a smile and the prices were very reasonable. Did we buy anything? No! We'd already found loads of vintage treasure in Tewkesbury's charity shops.  From Edwardian granddad shirts, groovy dagger collar shirts, a reworked sari with bastard massive sleeves & a 1970s sailor collar raincoat to some incredible cotton dresses including an orange maxi with sleeves so good I nearly passed out when I found it! 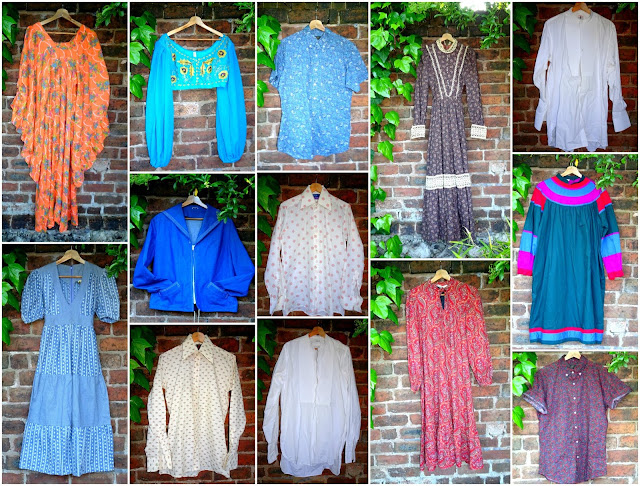 Thanks for the well wishes, Gilbert didn't pass his MOT (luckily we've got more than one vehicle) but the bits that need doing aren't too complicated, Jon should have him fixed for his retest on Friday....I'll keep you posted.

Linking to Patti & the gang for Visible Monday.
Posted by Vix at Wednesday, May 15, 2019