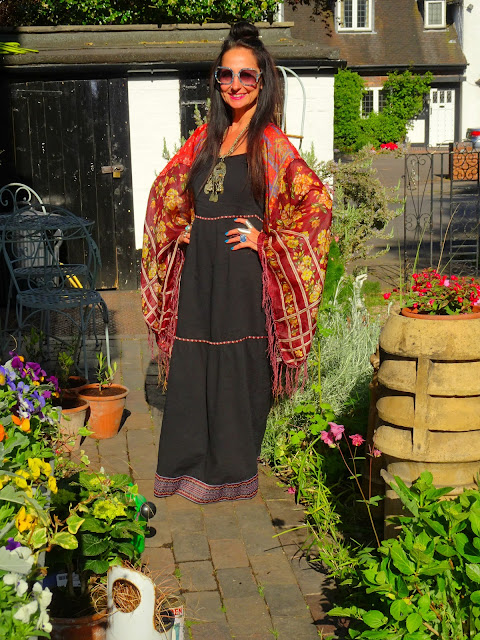 Yay! The sun's out and there's a huge smile on my face. 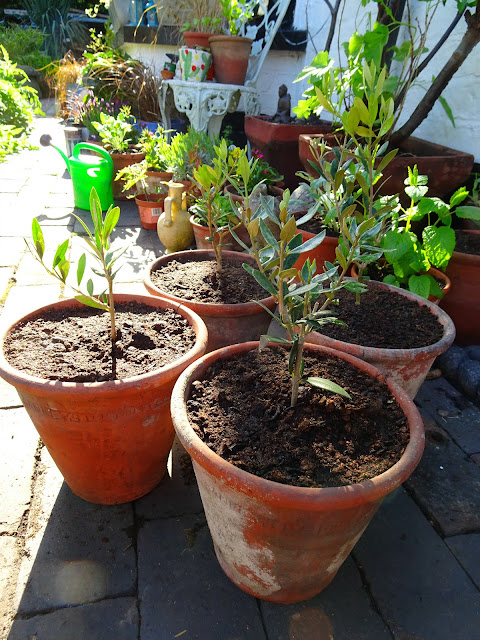 I expect that like everybody else who's ever visited Greece, I've day-dreamed about restoring in a crumbling old house with its own olive grove. As Lidl are currently selling olive trees for just £2.99 I thought I'd recreate my Greek fantasy in Walsall (I've already got the crumbling house) although, after reading the advice on the packaging, I'll be in my sixties by the time these trees are mature enough to bear fruit. 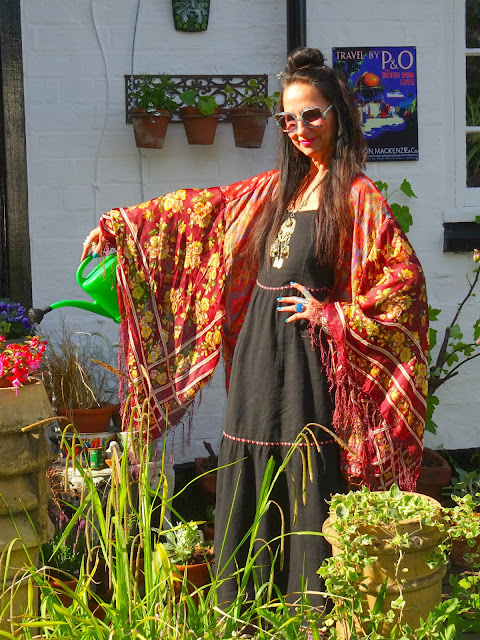 Talking of Lidl (and if it's a name you aren't familiar with them, it's a German discount supermarket) I found the black cotton braided maxi dress I'm wearing in a charity shop last week. It had its original tags attached but I hadn't got my specs with me so couldn't read the label. When I got home and looked properly I discovered it was a range of clothes sold in Lidl in 2017 and designed by Heidi Klum (a top German model apparently). It cost me £1.99 but was only £12.99 to start off with. To be honest it's not the best made dress in the world - the waist sits in a peculiar place even when I adjust the shoulder straps and the cotton lining finishes just below my knickers and seems to serve no other purpose than to twist around and annoy me (I'll be taking the scissors to it later) but it's fine for gardening and it's nice to find a modern UK size 8 in a charity shop that isn't a micro-mini or a bandage dress. 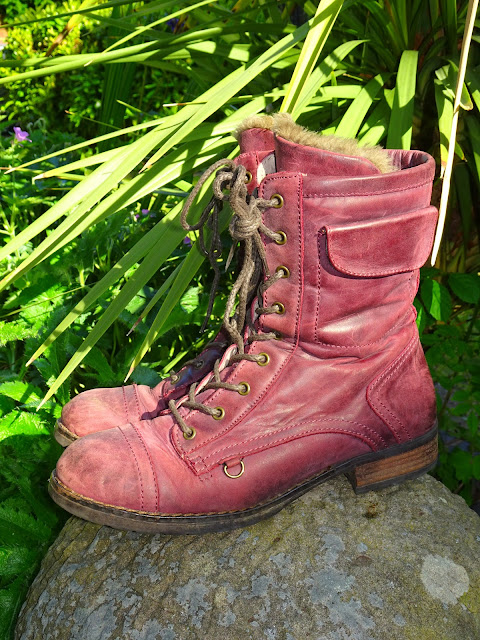 Just 'cos the sun's out doesn't mean I've put my boots away. As a bit of an old hippy I garden in my bare feet as it makes me feel more connected with the earth but, if I need to venture from my container garden further into the wilderness, I need something to protect my feet. These aubergine beauties were £3 in the charity clearance shop last week - unfortunately the maker's name has rubbed off but the quality of the leather is great and they're leather lined, too.

Here's the other details - some vintage Ted Lapidus sunglasses bought from a charity shop in 2008, an Indian tribal pendant found at a car boot sale in 2014, Tibetan silver dragon hair stick (holding my bun in place) bought from the infamous Anjuna Flea Market in Goa back in 2001 and a pair of Indian earrings found in a charity shop in 2012. 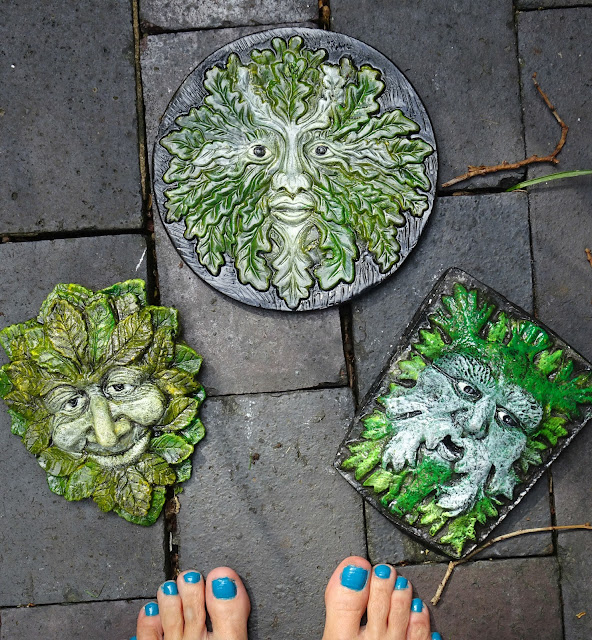 We went to a car boot sale yesterday and look what I got, three more handmade Green Man plaques from the same lady who made the one I already own (three for £5 - bargain!). It had been four years since I bought the last one but she remembered me. As my Mum always used to say about me, once seen, never forgotten.


If you want to make one of these scarf kimonos then Monica's shared a brilliant tutorial on her blog HERE.

It's Gilbert's MOT tomorrow - keep everything crossed - we've got a road trip planned for Wednesday!