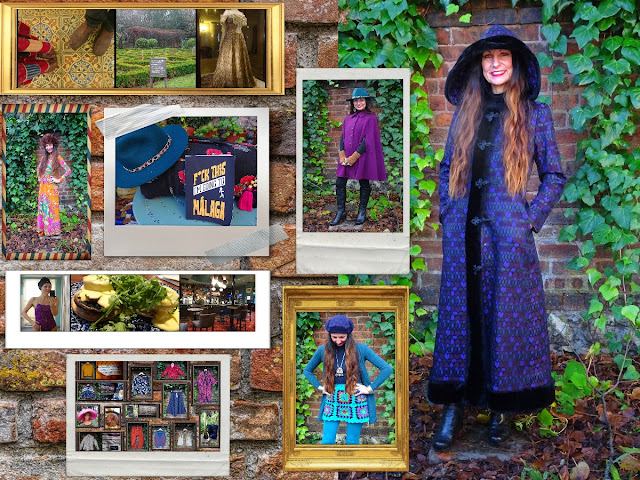 Hola! I was about to wax lyrical about what a beautiful sunny day it was but it's clouded over and reverted back to being a typically dismal British winter's day. Oh well, onwards and upwards. 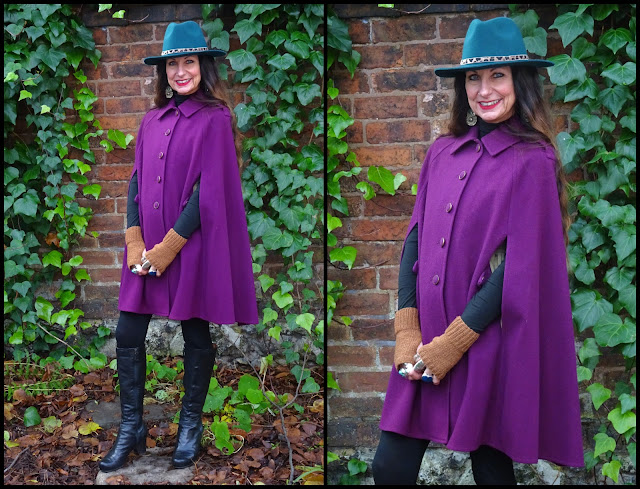 Here's what I wore on Wednesday, a day of suede, shopping, soccer and swigging rum. I bought this 1960s Wetherall of Bond Street wool cape from a charity shop over twenty years ago. Underneath I wore a 1960s charity-shopped suede mini skirt with the fringed waistcoat displayed on the mannequin in my last post. 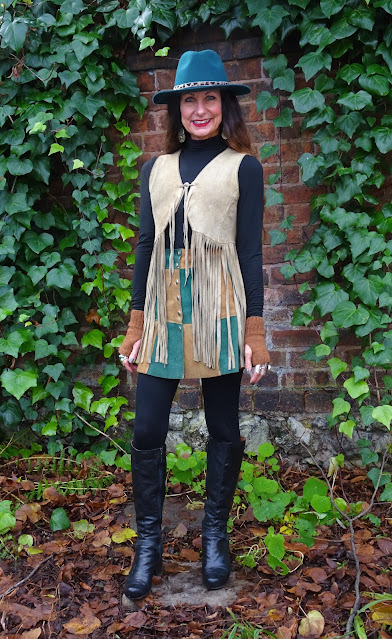 I acquired another fringed waistcoat which goes with my skirt better (vintage clothes are like buses, wait ages to find something and then two of them turn up at the same time). 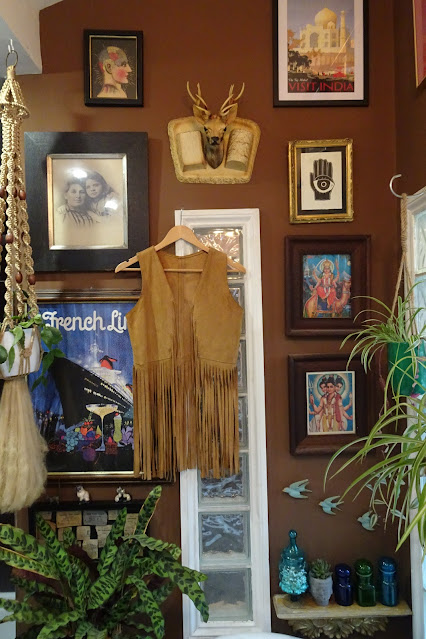 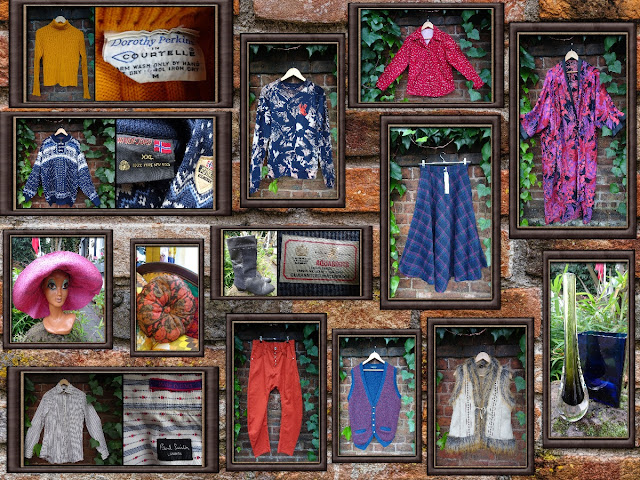 Thursday was a day of swimming, 'Spoons, psychedelia and more soccer. We were the first customers although it wasn't long before the regulars started arriving for their beers and whisky chasers (Spoons is a bit like the bar at the airport, the time of day is immaterial if you fancy a drink). My purple, pink & day-glo green Arena swimsuit was 50p in a clearance bin in the charity shop, it retails at £50.

I'd not worn this eye-searingly bright psychedelic 1960s Tori Richard of Honolulu maxi dress for ages, I don't love it as much as I used to but like it too much to sell it. I swapped it with a fellow trader for a jacket about a decade ago. It was the first outing for the vintage Tuscan lamb hat which I found in the clearance charity shop the previous Sunday. 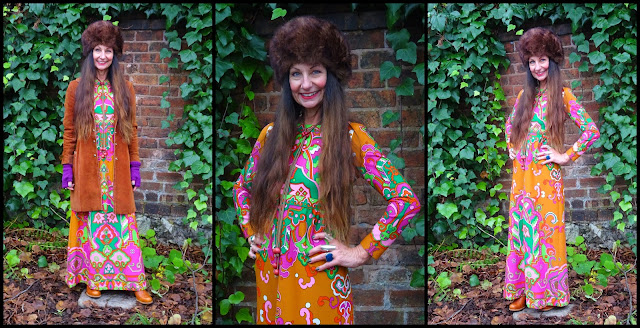 Friday was spent at home, another alliterative day of socialising (Liz popped round), sewing (repairing a dress I'd pulled out of the wardrobe to wear the previous day only to discover a rip that looked like I'd been mauled by a lion rather than taken a bus to Bilston and met up with Claire) and soccer - Portugal Vs Korea and Brazil Vs Cameroon. 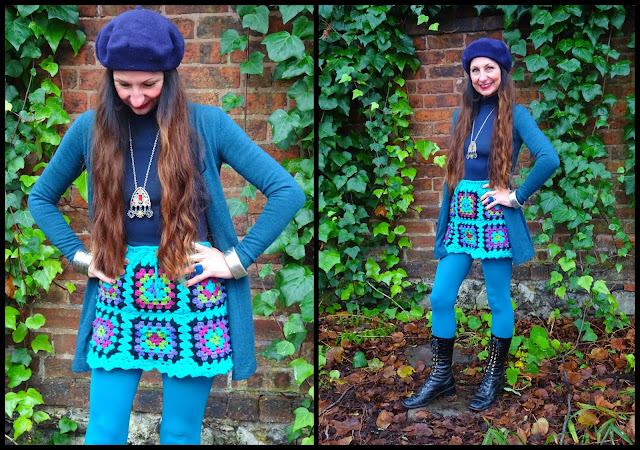 Experimenting with ideas of what I could make for next year's festival stall, I crocheted this granny square miniskirt over the previous two days, having to unpick a fair bit what with all the football drama. I wore it with my Mum's original Biba boots and the new with tags East merino wool cardi I'd picked up earlier in the week. The tights are good old M&S, I bought in their sale 15 years ago! 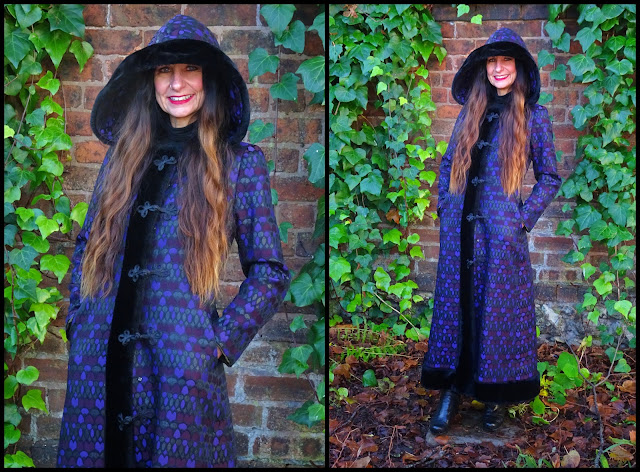 What lies beneath? Saturday's fake-fur trimmed maxi coat hides a multitude of sins, including my dreadful roots which shall be touched up later. Just the thing for chucking on and dashing down to Johal's for a bottle of cola for tonight's rum. I often get stopped and asked if it's Biba when I wear it, unfortunately the previous owner removed the label so we'll probably never know. Whoever made it I was astonished to spot it on a reduced to clear rail in a charity shop eight years ago for a fiver.

It's my birthday next week. In 2019 I spent it at Jackfield Tile Museum in the rain, in 2020 I roamed the Jacobean knot gardens of Moseley Old Hall in the rain and in 2021 I went to see Lady Curzon's legendary Peacock Dress in Kedleston Hall in, yes, you guessed it, the bloody rain! Museums, gardens and historical buildings might be my passion but the British winter definitely isn't so this year I've decided..... 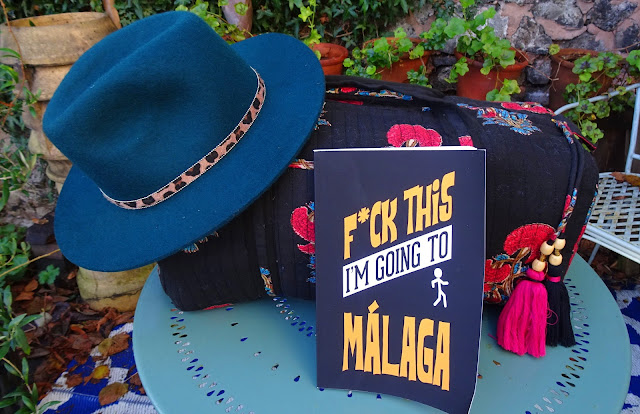 Email ThisBlogThis!Share to TwitterShare to FacebookShare to Pinterest
Labels: Charity Shopping, Crochet, It's All About Me, Out and About, Outfit, Packing