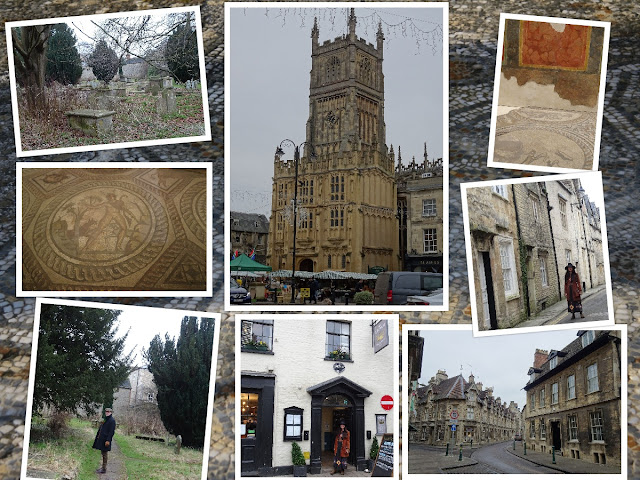 On Friday we returned to one of our favourite places, beautiful Cirencester, just over an hour's drive from home. Known as the Capital of the Cotswolds, Cirencester is the largest town in the area but as most visitors head for nearby Cheltenham, it hasn't been trampled by tourists and remains at heart, a traditional market town. 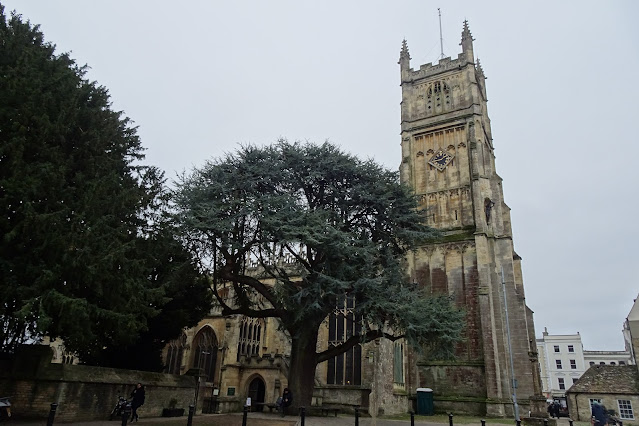 Named Corinium by the Romans, Cirencester was once one of the most important places in Roman Britain, second only to London. 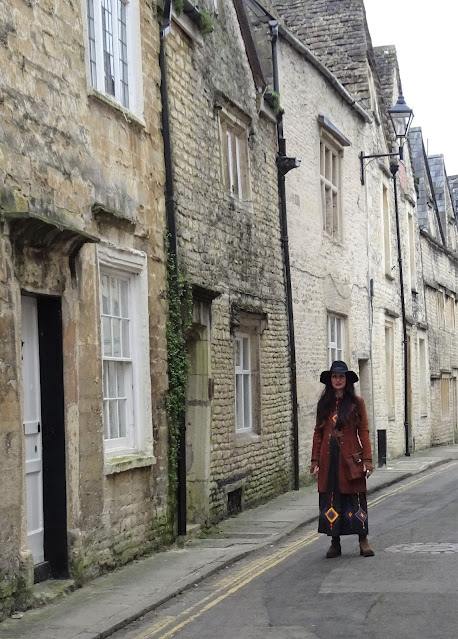 There's more Roman history to come but in the meantime feast your eyes on the town's gorgeous honey-coloured limestone houses (known as Cotswold stone) flanking the tangle of narrow cobbled streets, many dating back to the Tudor period when the merchants of Cirencester grew wealthy from the wool trade. 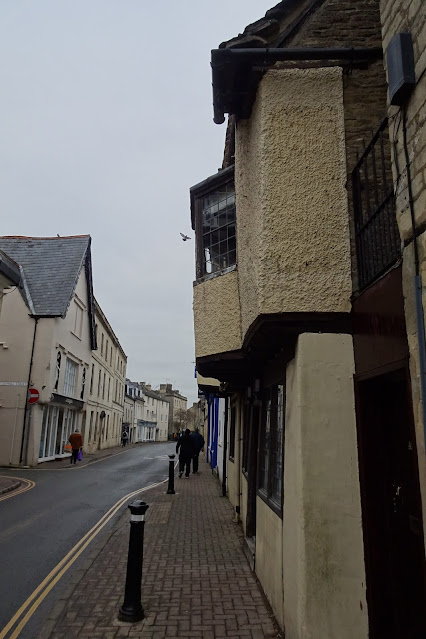 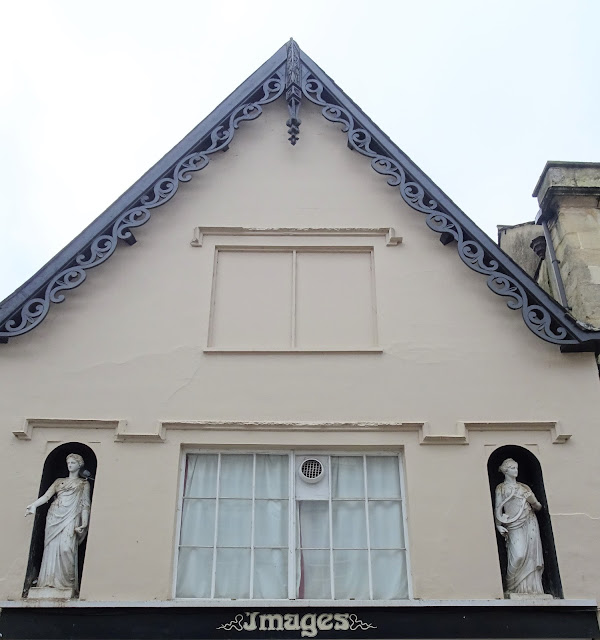 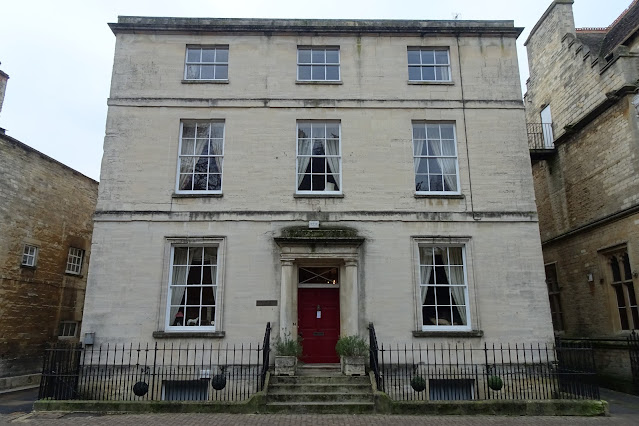 This is pretty much my dream home, a Georgian double-fronted townhouse a couple of minutes' walk away from the shops, pubs and the hustle and bustle of the market square. 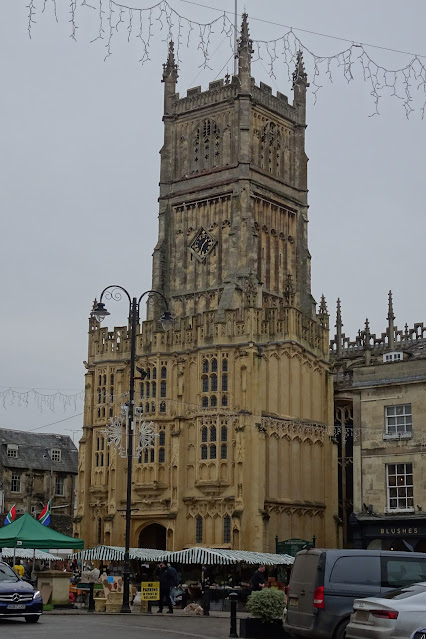 How amazing are the tiles on this Victorian butchers shop? 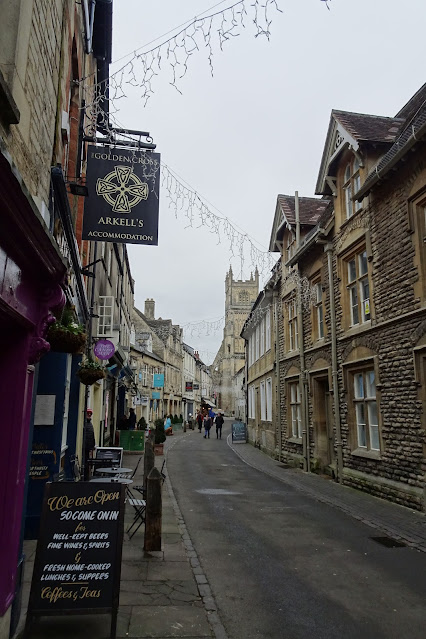 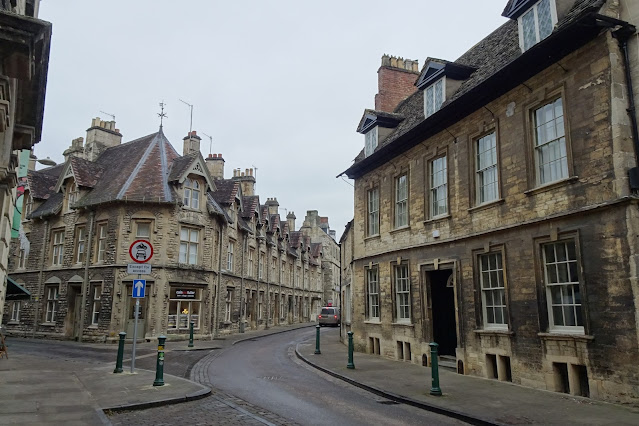 In the years BC (before Covid) we visited Cirencester fairly regularly, trawling the charity shops and swooning over the town's incredible architecture. This time our mission was to visit the Corinium Museum to feast our eyes on their huge collection of Roman finds. Jon had never been and I'd last visited on a trip with my school's O Level Latin class back in 1981. 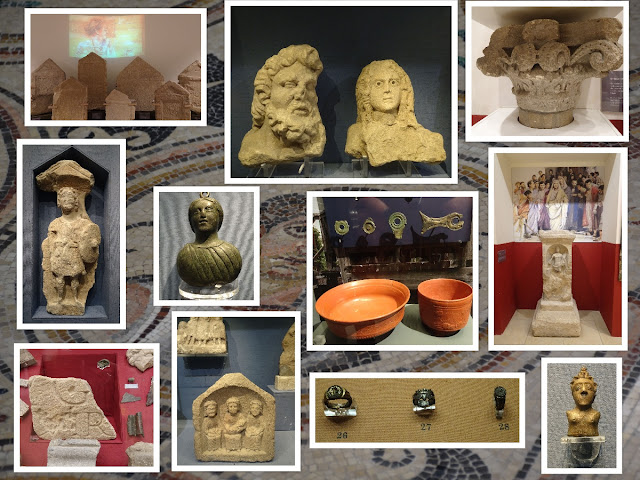 Unsurprisingly, the museum had been revamped since I'd last visited 41 years ago with fresh treasure, interactive exhibits and state of the art lighting. It still blows my mind that these pieces are almost 2000 years old. (Roman Britain existed between AD43 and AD410.) I had to suppress a wry laugh when I read about the fall of the Roman Empire "Rocked by a half-century of internal chaos. This was accompanied by devastating epidemics, runaway inflation and invasions by Northern Barbarians", BoJo needs to watch his step! 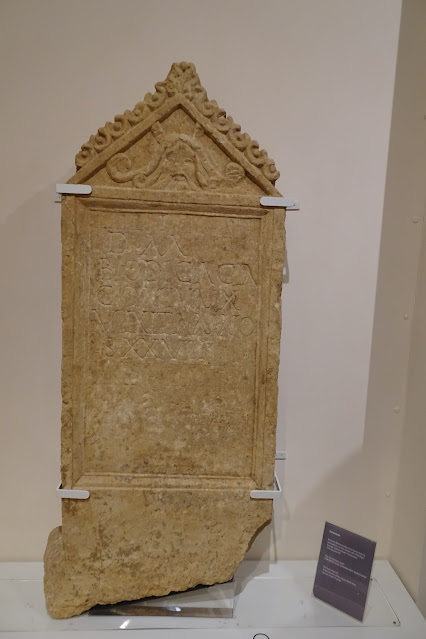 This Romano-British tombstone from the 2nd century AD reads: To the shades of the dead. Bodicacia, spouse, lived 27 years. Hooray for learning Latin!

The Corinium Museum is best known for its wealth of mosaics unearthed from the remains of Roman villas in and around the town. The hare mosaic (below) was discovered beneath a Cirencester allotment in 1971 and we couldn't have timed our trip better, Amy, the museum volunteer on duty when we visited was the person who discovered it and, over half a century later, still can't quite believe her luck. 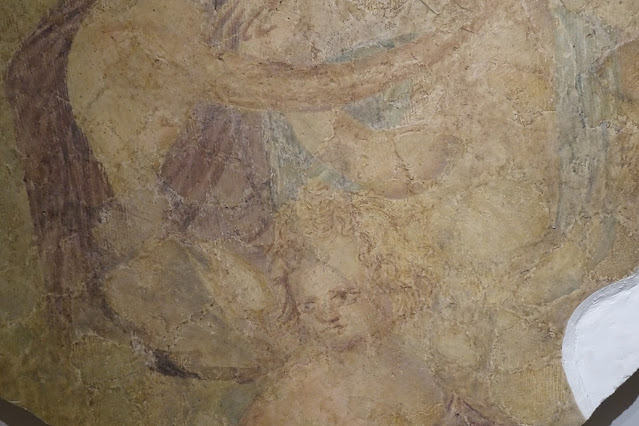 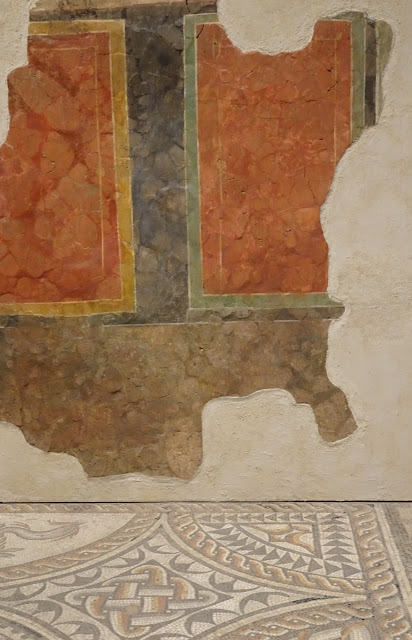 If Roman history is too recent for you, there are some incredible Iron Age (750BC - 43AD) exhibits including the female remains from a beaker burial, jewellery, pottery shards and a dog skeleton, all found locally. The exhibits in the Saxon section (410AD -1066AD) are equally fascinating. Below are some of the treasures found in the grave of Mrs Getty, so-called because to have been buried with such treasure must have made her extremely wealthy. There isn't a Spoons in Cirencester so we opted for lunch at The Crown. I had wild mushrooms in a garlic sauce served on focaccia bread and Jon came over all Roman and opted for a Caesar salad. We shared cheesy chips, I had a pint of lager but, as Lord Jon was driving, it was a lager shandy for him. 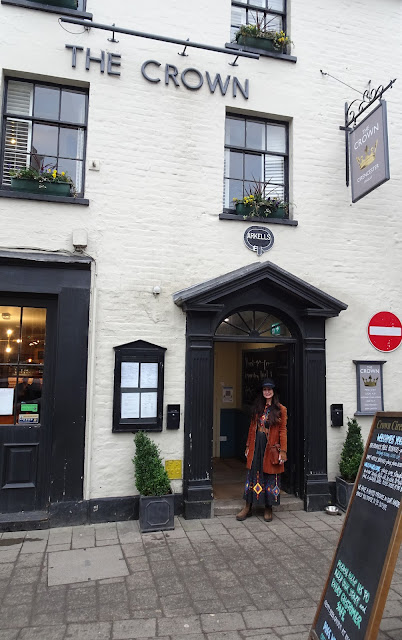 We had a whizz around the chazzas which were refreshingly free of Primark tat. The prices were a lot higher than those in the Black Country but we managed to find a bit of stock for the shop (and a hat for Jon). 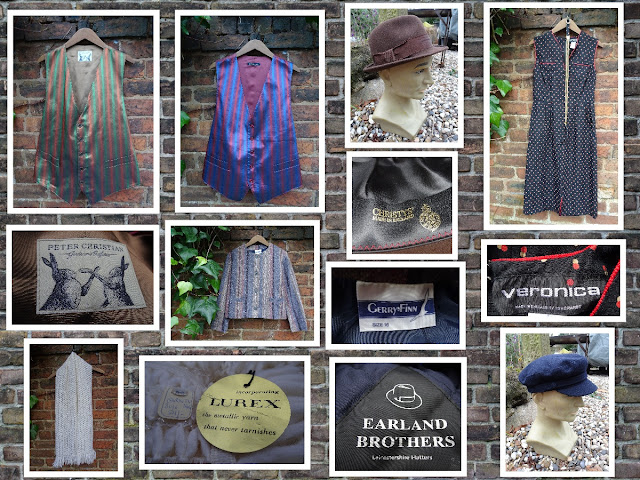 In the centre of the town stands the imposing parish church of St John the Baptist, one of the largest parish churches in England. The building reflects architectural styles since the 12th century. The chancel and attached chapel represent the oldest part with the nave having been rebuilt twice and the tower added in the 15th century. The south porch was built by Cirencester Abbey around 1480 and only connected to the church in the 18th century. 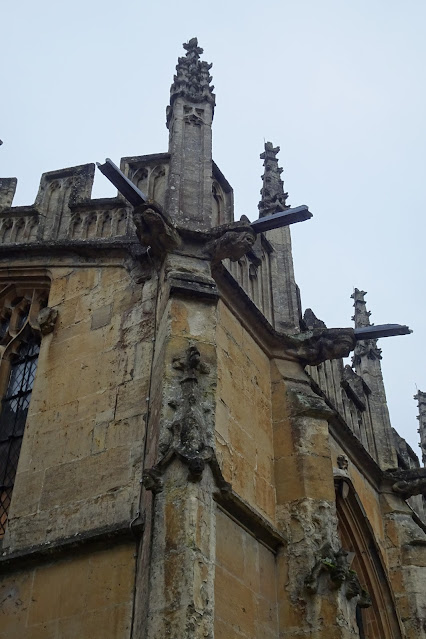 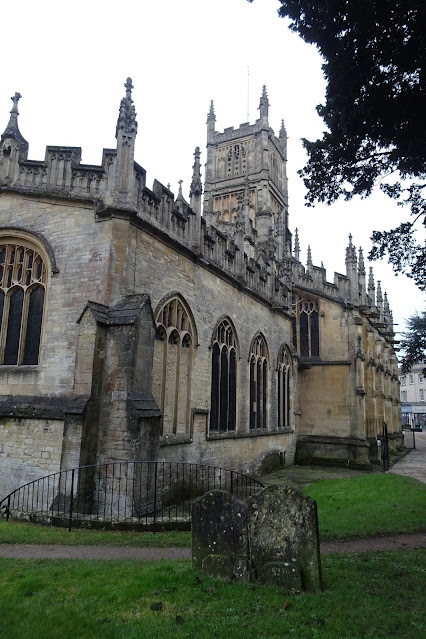 The Abbey grounds were originally the site for an Augustinian monastery, founded in 1117 and destroyed in 1539 following Henry VIII's Dissolution of the Monasteries. 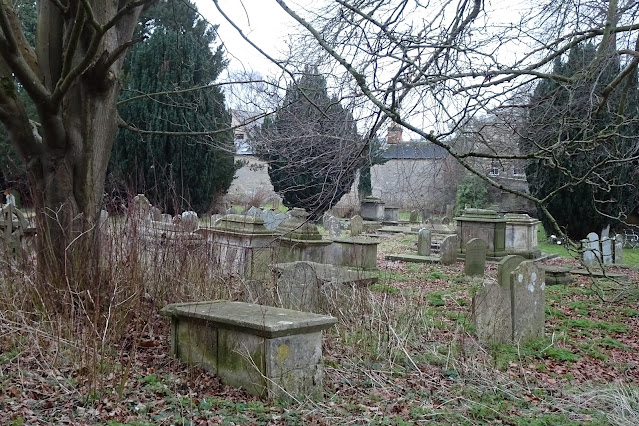 Most of the graves date to the Georgian era. Those are the first snowdrops we've seen, a sign of Spring? 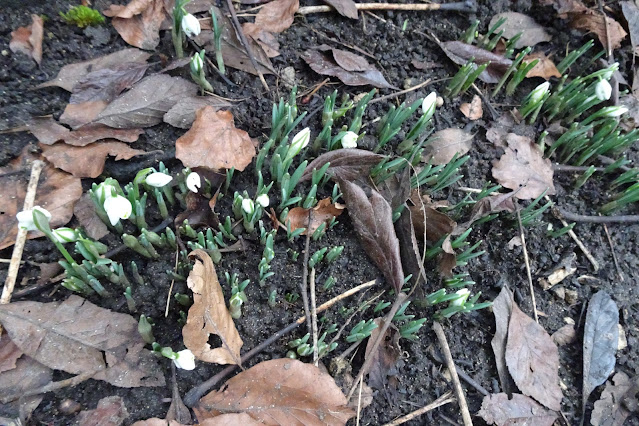 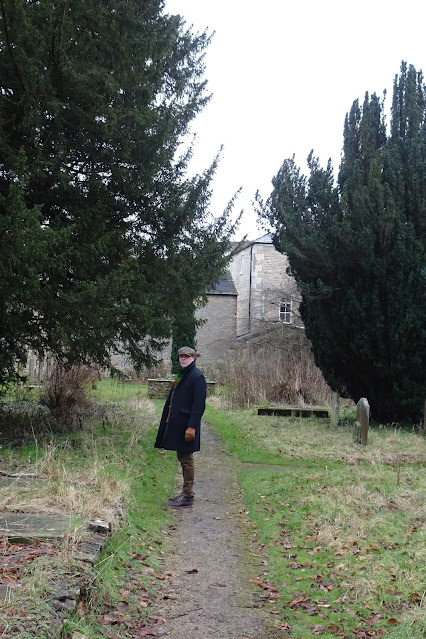 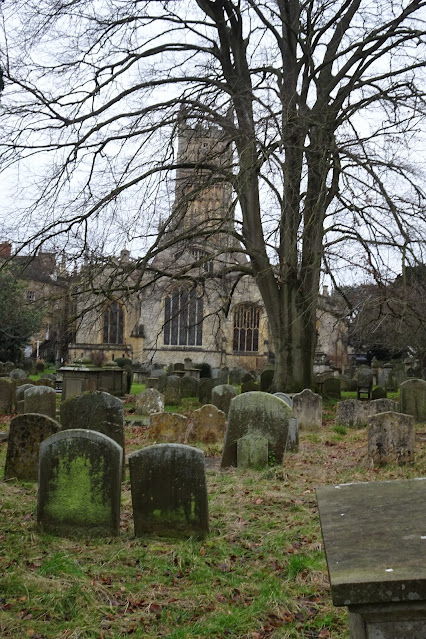 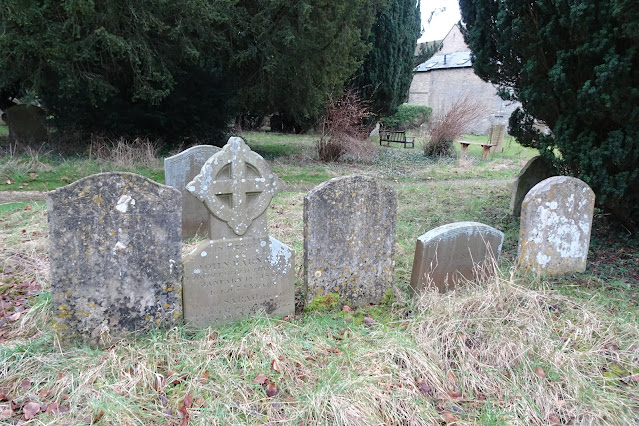 We'd woken to temperatures of -7°C and although they'd crept up during the day, as sunset approached our faces were starting to feel raw so we jumped in Patrice and headed back along The Fosse Way, the two-thousand-year-old Roman road linking the Midlands to the south. Two years ago to the day we'd been riding camels across the Thar desert, three years ago we'd been assaulted by monkeys in a remote temple in Rajasthan and four years ago, we'd been bird watching in the Great Rann of Kutch, in Gujarat. The pandemic may have curtailed our long-haul adventures but we're still travelling, exploring and seeing new things - and loving every minute. 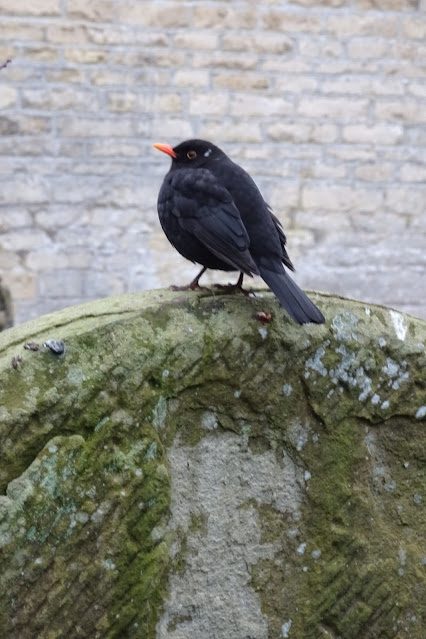 See you soon!
PS For non-Latin scholars, my blog title Veni Vidi Vici is Latin for I came, I saw, I conquered and attributed to Julius Caesar.
Posted by Vix at Saturday, January 22, 2022