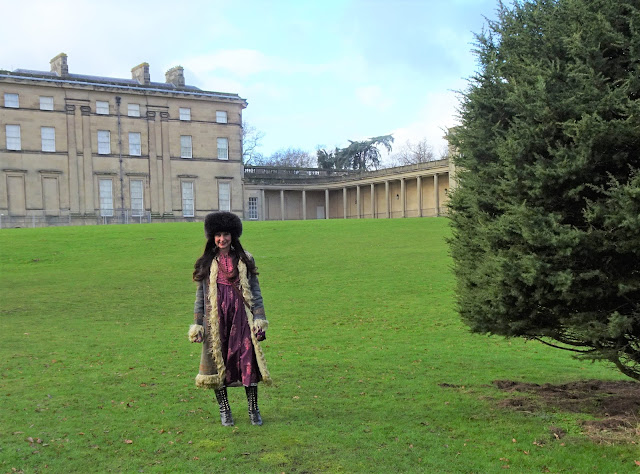 As it had been eight months since we last visited Attingham Park (HERE), a return trip was well overdue. A forty-minute drive from home, Attingham Park was built in 1785 for Noel Hill, 1st Baron Berwick who received his title a year earlier during the premiership of William Pitt the Younger, in recognition for being instrumental in the reorganisation of the East India Company. The Whig MP for Shrewsbury, Lord Berwick already owned a house on the site of Attingham Park called Tern Hall, but with the money he received along with his title he commissioned the architect George Steuart to design a new and grander house to be built around the original hall. 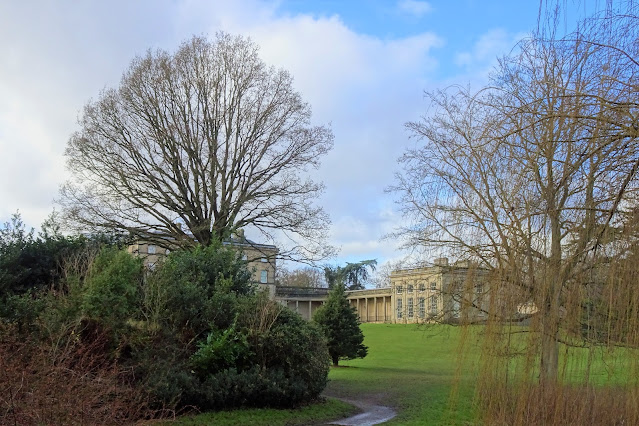 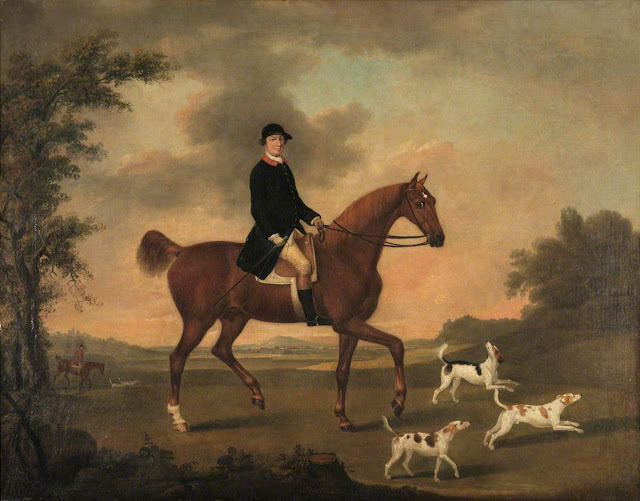 Let wealth be his who knows its use. 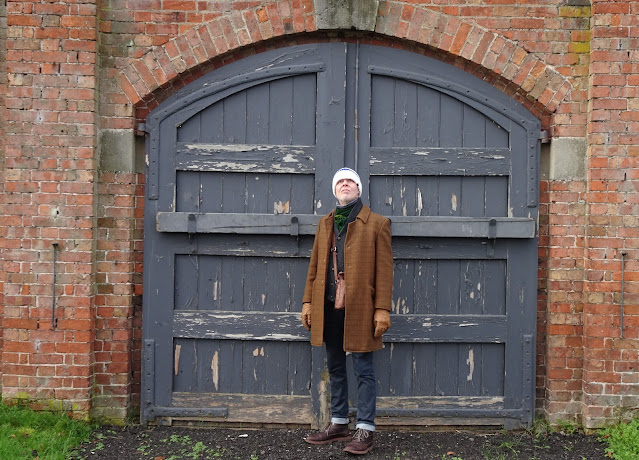 Created in the 1780s, the kitchen garden had fallen into disrepair when the National Trust took over the estate but has since been restored and supplies the produce used in recipes in Attingham's on-site cafe all year round. 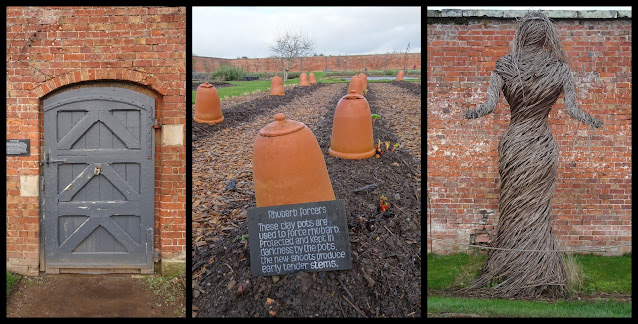 It may be the middle of winter but we spotted rhubarb, sprouts, parsnips, perpetual spinach and chard thriving. 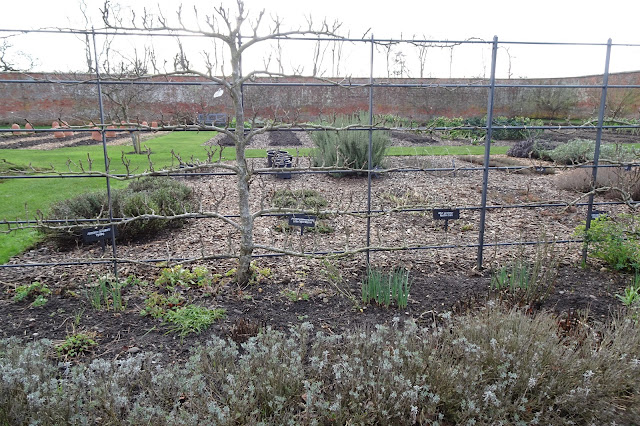 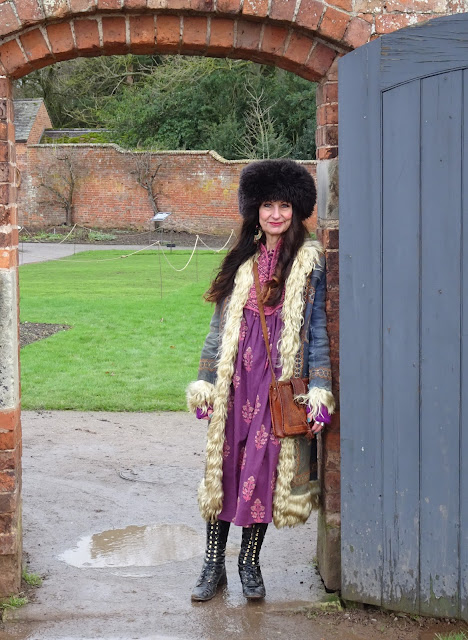 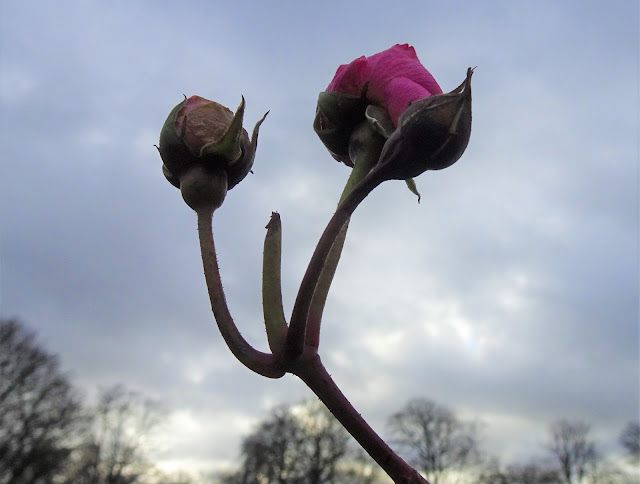 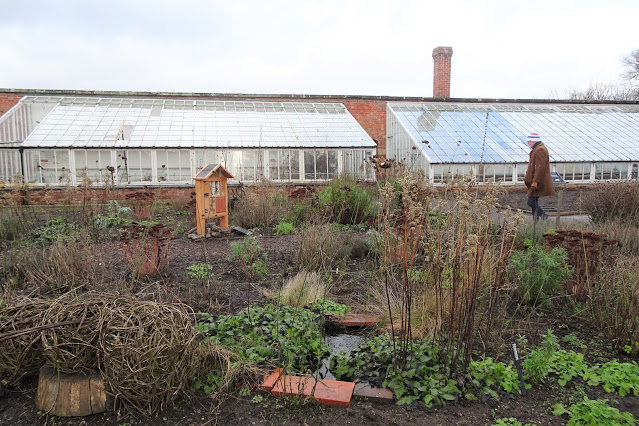 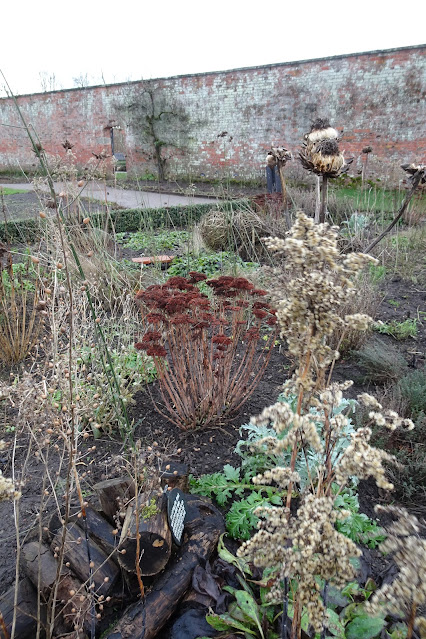 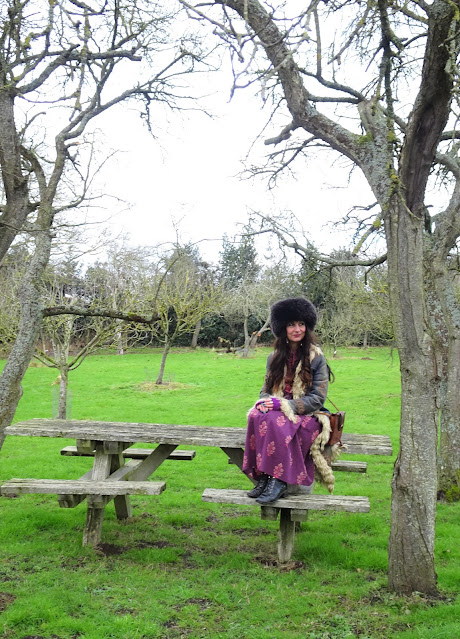 Established in the early 1780s, around the same time as the house, Attingham's orchard extends to three acres and is home to 37 varieties of apples. The Georgian gardeners cultivated a wide variety that ripened at different points throughout the year. The first, Red Joanetting, are ready in July while the last, Sturmer Pippins, are picked in November but in January the trees are bare. 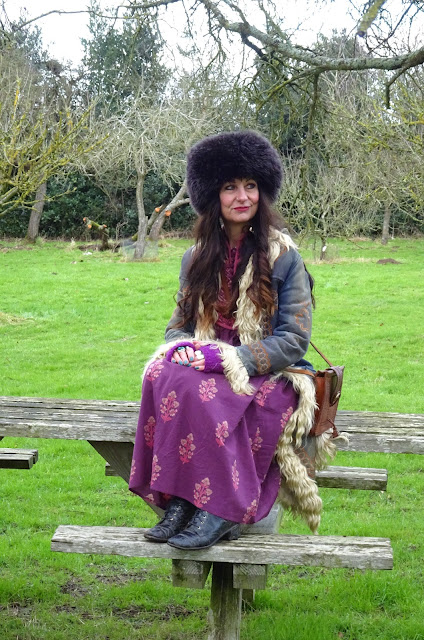 As usual, in my vintage Afghan coat, chandelier earrings. lipstick & block printed dress, I stuck out like a sore thumb amongst the Gore-Tex clad visitors.

The house sits within 500 acres of parkland which includes woodlands with mature oak, elm beech and pine trees and a deer park that is home to 200 – 300 fallow deer depending on the season. Unusually we didn't see a single deer on our visit. The initial layout of the park was created by Thomas Leggett in 1769 – 1772 but the planting is reflective of the work of Humphry Repton. 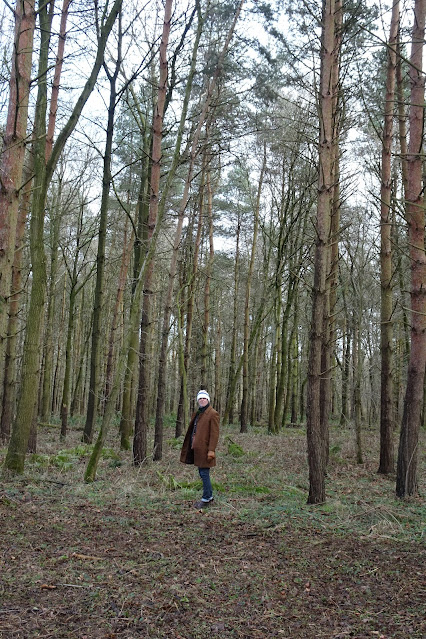 The river Tern runs through the centre of the park and joins the River Severn towards the outer boundary of Attingham Park.

"It is very true that large pieces of water may be made too trim and neat about the edges… but if the banks are left perfect at first, the treading of cattle will soon give them all the irregularity they require.
Humphrey Repton 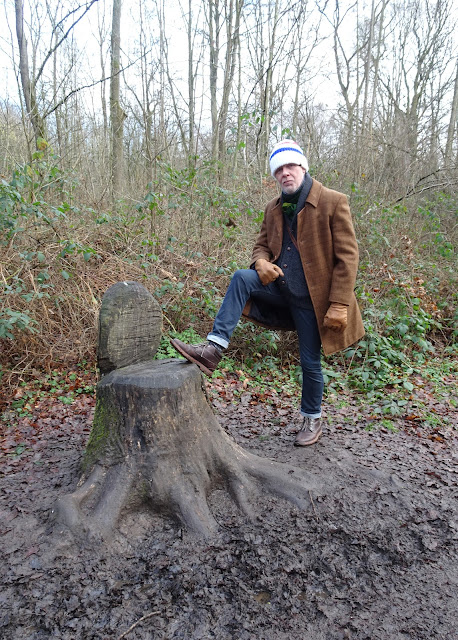 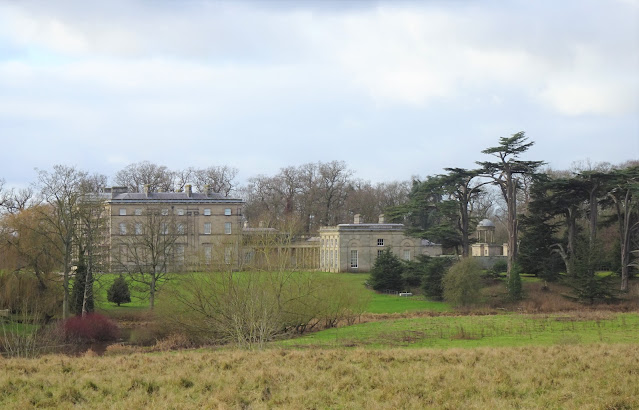 The house is closed to visitors until the Spring and the 1780s sash windows (all 60 of them!) are currently being repaired and repainted but there was plenty to occupy ourselves wandering around the grounds and two hours just whizzed by. 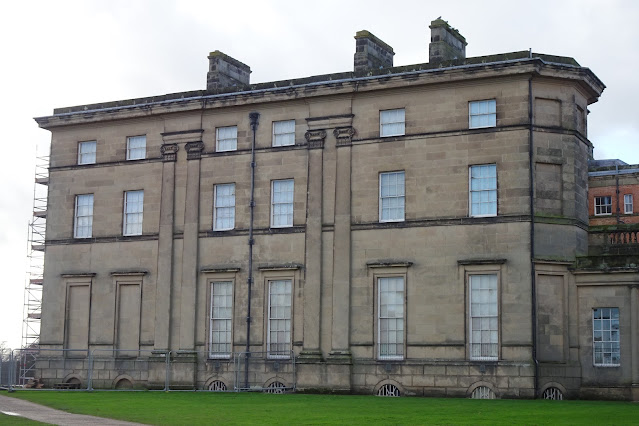 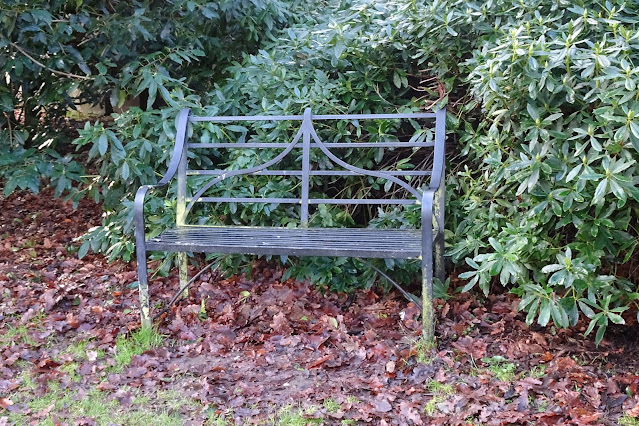 Lunch was, as is the norm on our Winter National Trust visits, a picnic in Patrice although Lord Jon had to dash off mid-sandwich to assist an elderly lady who was having trouble getting her Labrador back into her car. Of course, Jon had no such problem, he's a modern-day Doctor Dolittle. 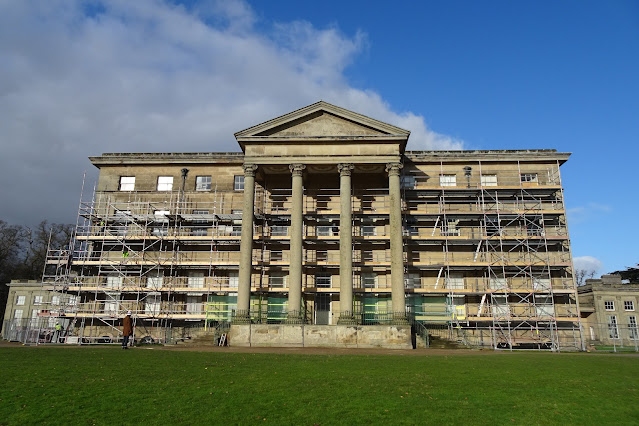 Thanks for (virtually) joining us on our trip to Attingham, see you soon!
Posted by Vix at Thursday, January 20, 2022

Email ThisBlogThis!Share to TwitterShare to FacebookShare to Pinterest
Labels: Jon, National Trust, Out and About, Outfit