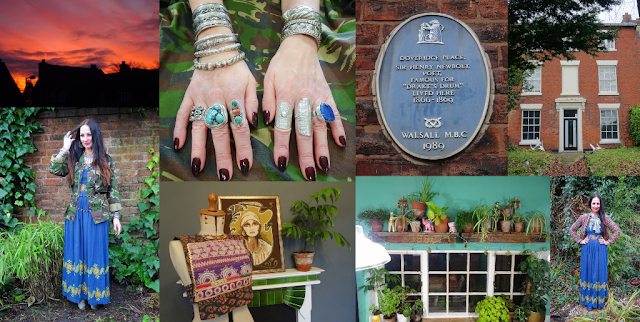 On Sunday I got up at 7am, took the plants down from the kitchen shelf and immersed them in the utility room sink. I made mugs of tea,brought them back to bed and lay reading until 9am when we got up, watched Andrew Marr and toasted sun-dried tomato and olive rolls for breakfast. 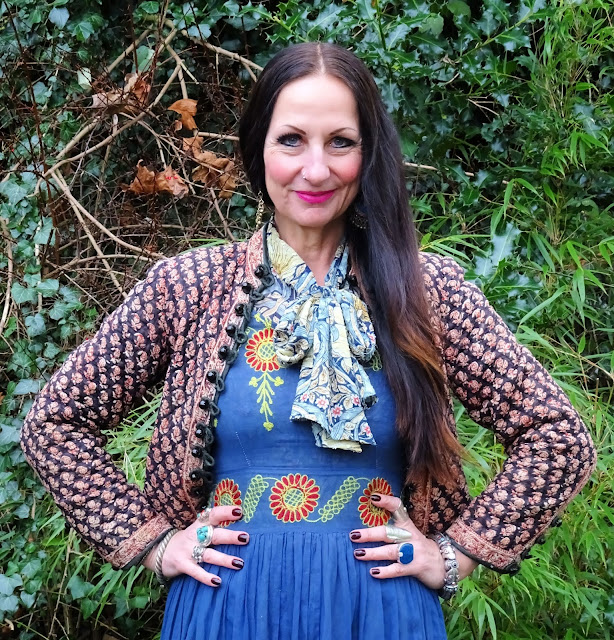 Wear:Sleep:Repeat - my outfit consisted of Saturday's Phool jacket which I wore with my embroidered Indian cotton maxi dress (which belonged to ex- blogger Sabine's mum in the 1960s) and the William Morris for H&M Pimpernel print blouse bought from the clearance charity shop before Lockdown part III. 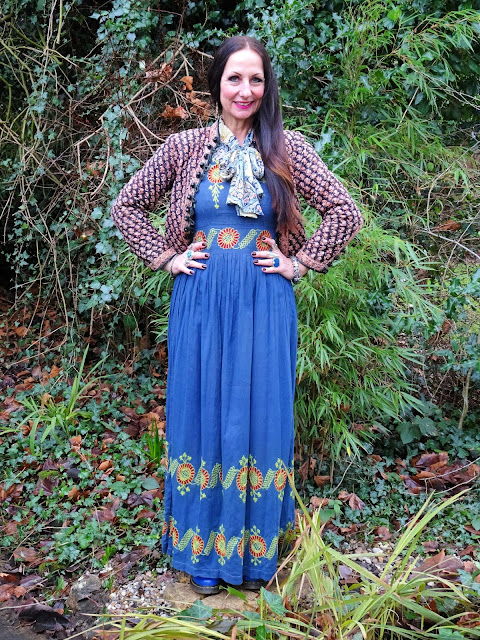 The details: Silver, coral & turquoise snake bangle (bought in Jodhpur, 2020), enameled brass earrings (FabIndia, Goa 2019) and my charity-shopped Docs (which came in their box and cost me £20). 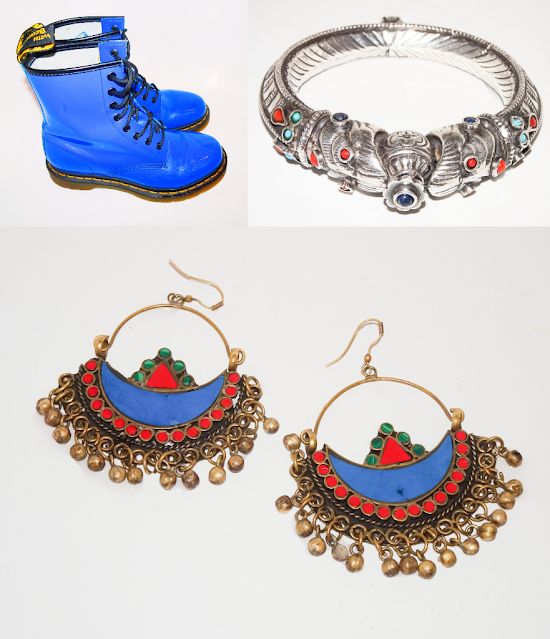 We went for a walk around the block, as usual doing the Covid Shuffle when we encountered anyone - crossing the road or walking in the middle of the road when anyone came towards us and making a point of saying hello just so nobody thinks we're being rude. 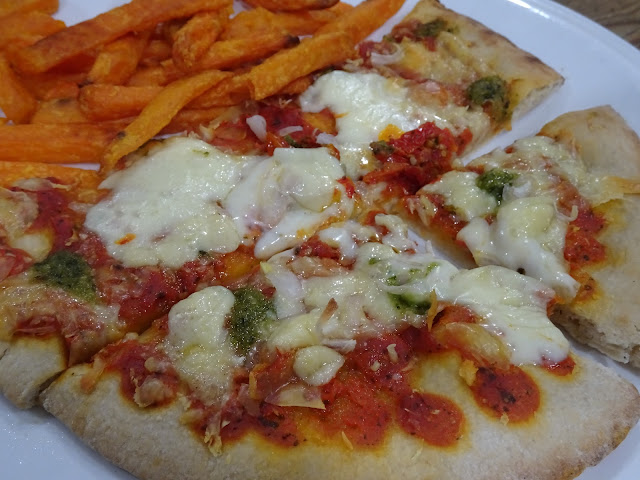 After a bowl of noodles Jon and I went our separate ways, he worked in his music room whilst I embarked on a sewing project upstairs in the spare room leaving a trail of pins, scraps of fabric and sequins in my wake. We met up for tea and a beer at 6pm, spending the evening watching The Antiques Roadshow and the last ever Spiral (so, so good!) 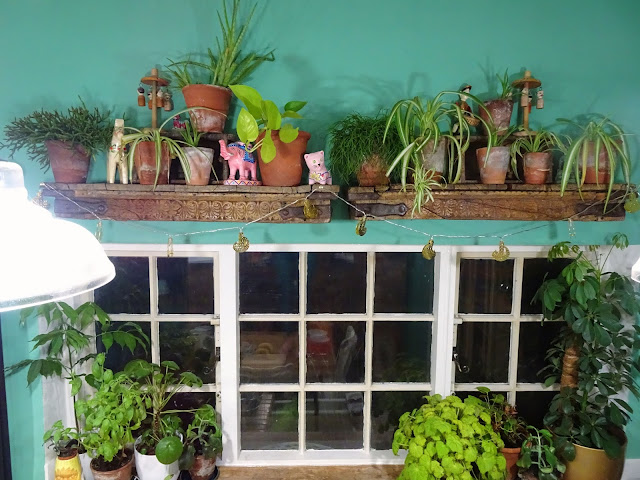 Despite Stephen's best efforts to the contrary, I managed to stay in bed until 6am. After I'd let the lads out I put the plants back on the kitchen shelf, stripped the bed in the spare room, washed the covers and got stuck into my first Wii Fit workout of the week. 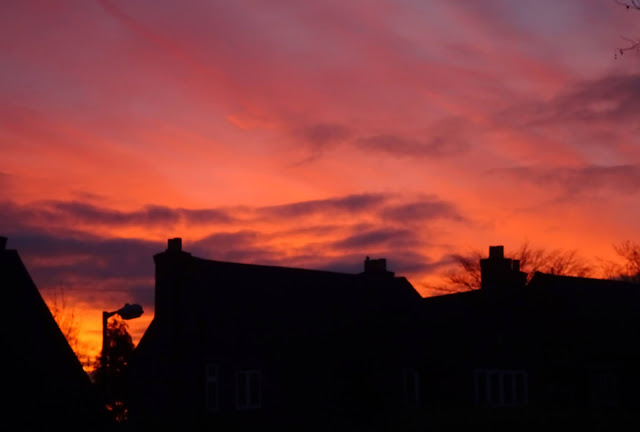 The sun was just starting to rise when I went into the Kinky Shed to get the stock I'd sold over the weekend and had to rush back to grab my camera to capture the dramatic sky. I'd just finished wrapping the parcels when Jon came downstairs so we had our fruit & yogurt breakfast before he left for the post office run and to do the weekly food shop. 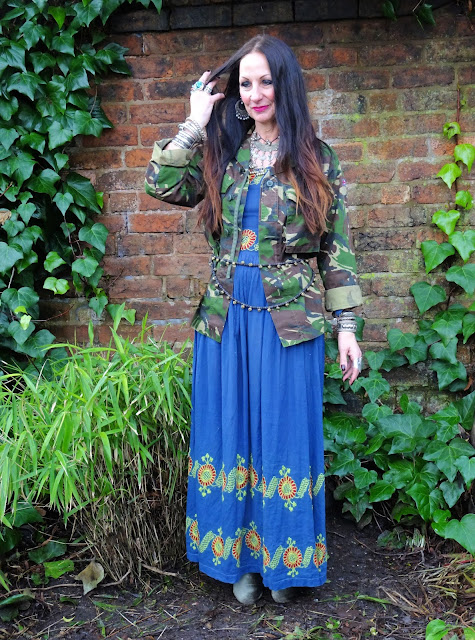 My Wear:Sleep:Repeat challenge is into its second week. 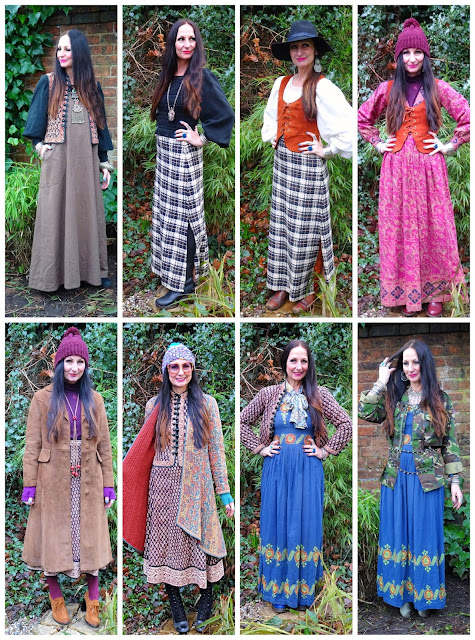 Today I rewore Sunday's 1960s embroidered dress with the controversial army jacket. During the 1990s, my off-duty attire - when I wasn't a pinstripe-wearing corporate whore - was camo army fatigues, a vintage 1970s kids' tee shirt and Buffalo platform trainers. I loved camo. The first and only time I visited the USA was at the back end of the 1990s, I bought a camo print & black lace trimmed vest from Urban Outfitters in Boston and wore it until it fell apart. 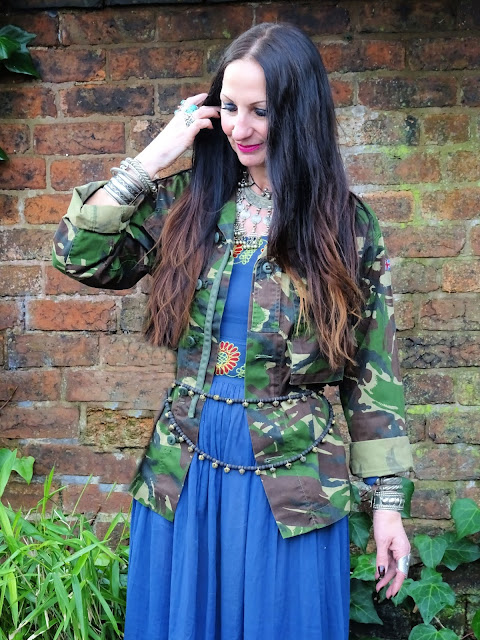 Thanks to Sarah Jane Adams for the inspiration although Jon made me move from my usual posing spot as he said he couldn't find see me in the bushes. 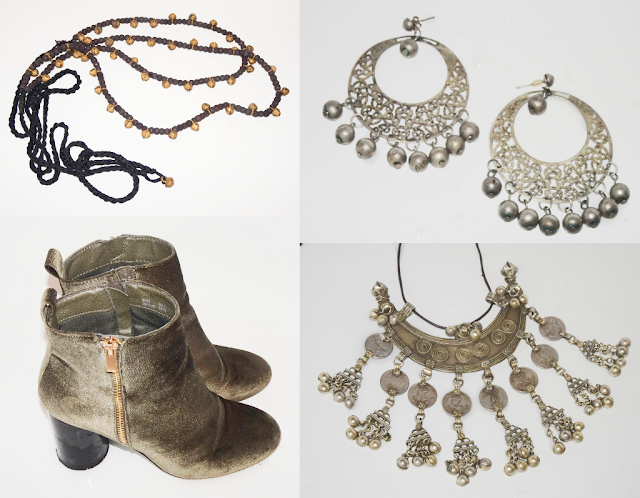 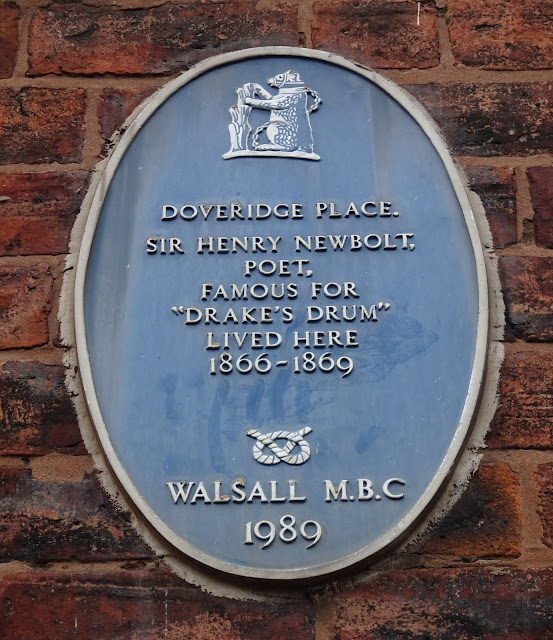 With terrible weather forecast for most of the week we went for a walk after Jon returned from the shops. To continue with our exploration of local places with a blue plaque here's another one, situated in the next but one street to us. Sir Henry Newbolt is of such renown there's even a Wetherspoons named after him. 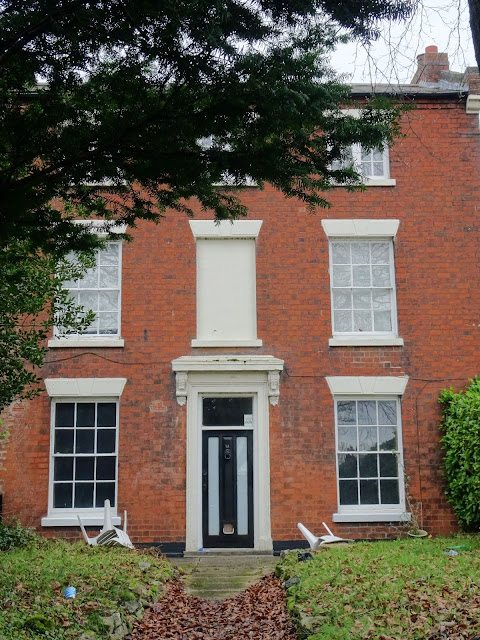 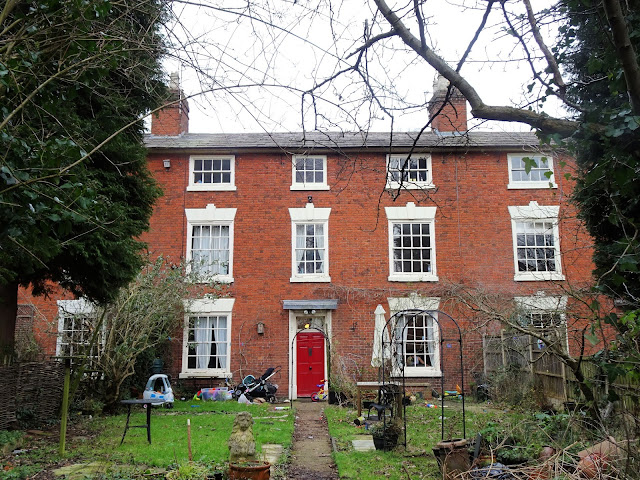 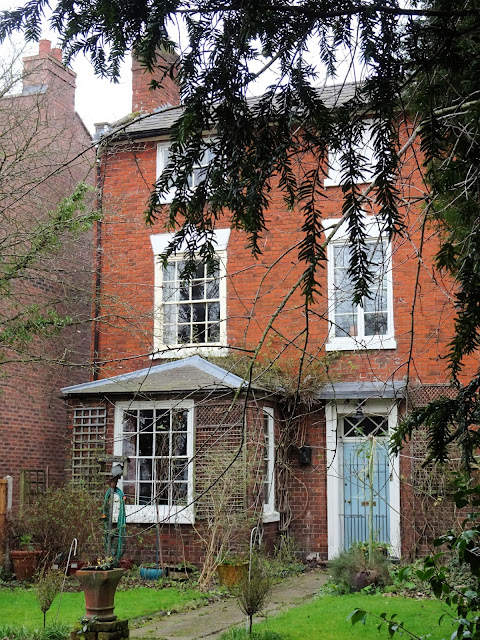 The Grade II listed Doveridge Place is a handsome late Georgian terrace. Sadly it made the national news back in 2018 when one of the residents was brutally murdered (HERE). 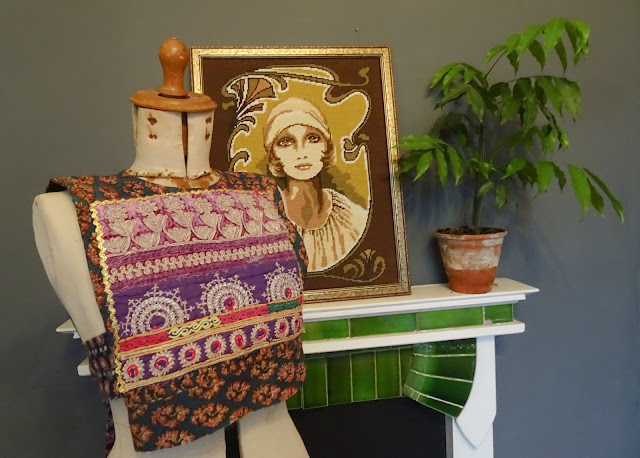 Back at home Jon did some van maintenance and I continued with my sewing project which seems to be taking an absolute age but it's not like there's any need to rush anything, is there? I had a telephone catch-up with Liz and made arrangements for a socially distanced walk later in the week, weather permitting, and then tidied up my mess, making the bed up with the freshly washed cover. 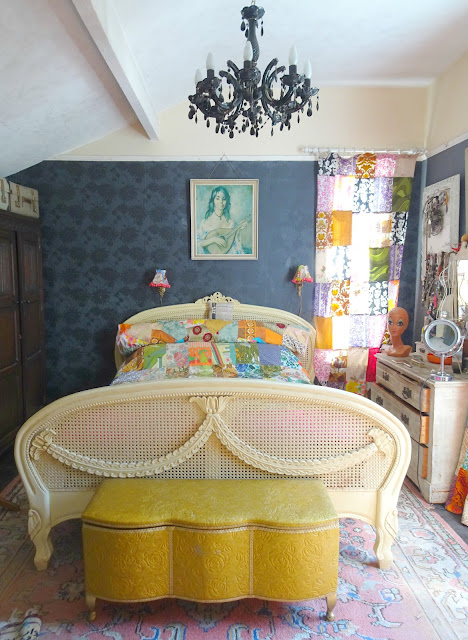 Tea was salad with garlic bread. We'll be watching The Arctic Murders later, that's after I've had an epic catch-up with Blogland. 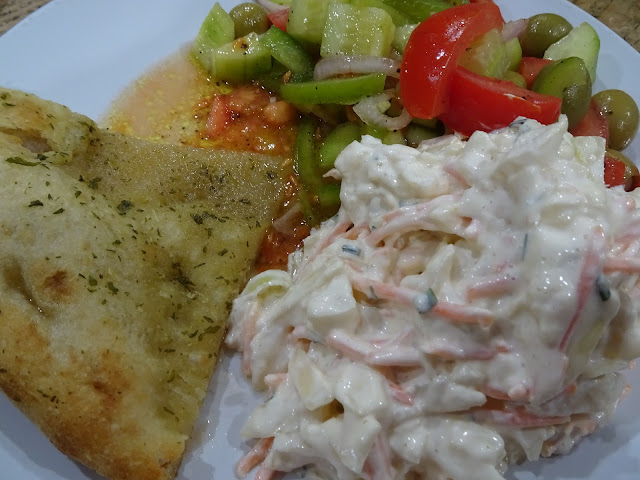 Email ThisBlogThis!Share to TwitterShare to FacebookShare to Pinterest
Labels: Our House, Out and About, Outfit, Stuff I've Sewn, Wear:Sleep:Repeat