The Palace in the Sky - Amber Fort, Jaipur 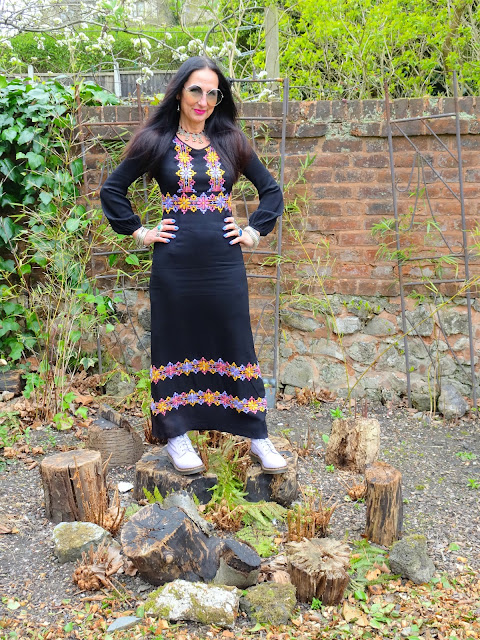 I spotted this dress on eBay last week, it wasn't listed as vintage and was described as "Abigail's Party, perfect for a fancy dress party". I was the only bidder and won it for a song. Now I'm a big fan of Mike Leigh and loved Abigail's Party (link HERE) but fail to see any resemblance between this early '70s embroidered crepe maxi and Beverley's tiered polyester confection. As for fancy dress party, I wore it with my lavender Docs this morning for a trip to the DIY superstore. In my world every day is a fancy dress party. 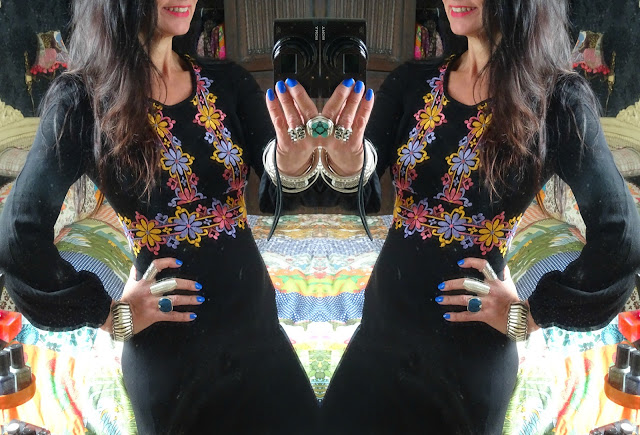 I don't know about Easy like Sunday Morning, round here it's more like Freezy like Sunday Morning, it's positively Baltic out there today. We've lit a fire and abandoned all intentions of doing anything outside. I've been scrolling through our India photos, trying to recall the delicious 20°C winter warmth of Rajasthan just over eight weeks ago and realised I'd omitted to write about our trip to Amber Fort.

Better sort that out. 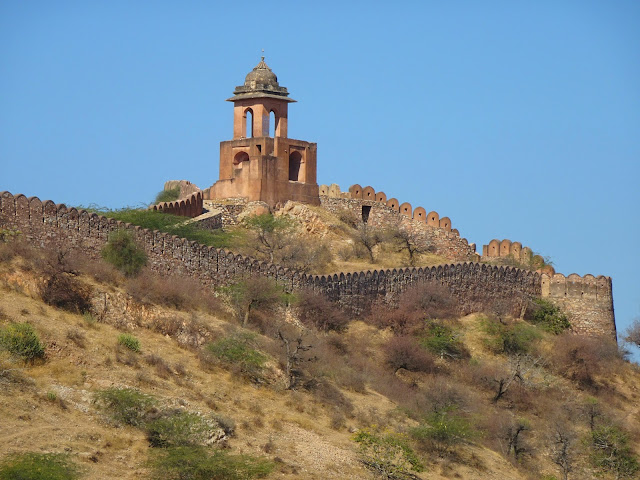 On the crest of a rocky hill seven miles north of Jaipur, Amber (often written as Amer) was the capital of the Kachchwaha Rajput clan from 1037 until 1727 when Jai Singh established his new city at Jaipur. Although Amber's buildings aren't as spectacular as those at Jaipur, the setting - perched high on a narrow rocky ridge above the surrounding countryside and fortified by natural hills and high ramparts - it is unforgettably dramatic. 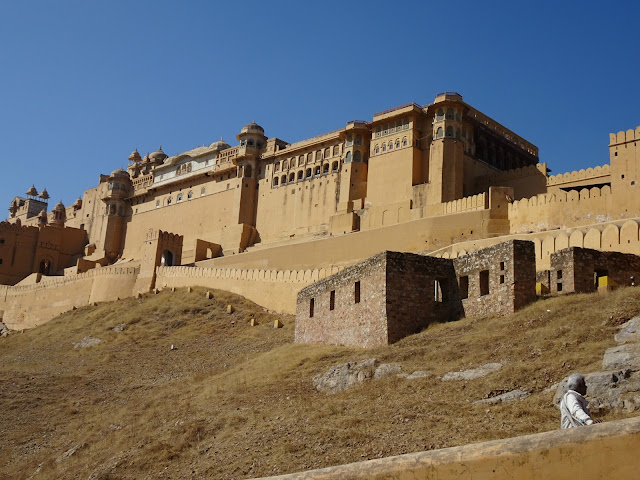 It's a steep climb up from Amber town and you'll run the gauntlet of hawkers, beggars and itinerant musicians along the way. It is possible to visit the fortress on elephant-back but animal welfare groups have criticised the keeping of elephants at Amber (there's posters imploring tourists not to take elephant rides throughout Jaipur) because of reports of abuse and because of the carrying passengers can cause lasting injuries to the animals. 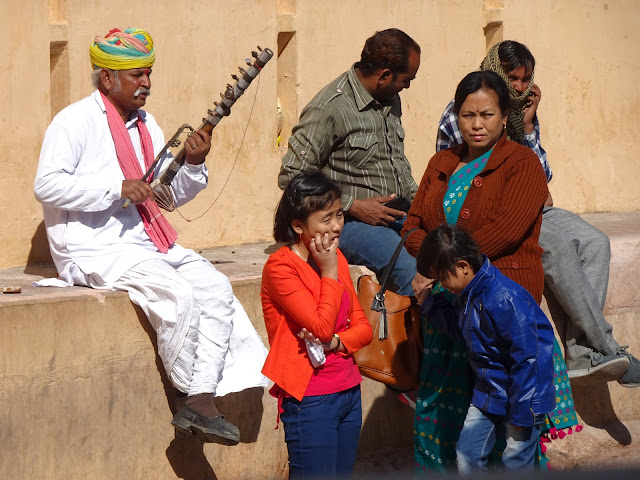 You'll enter through Sutaj Pole (the Sun Gate) which leads into the large Jaleb Chowk courtyard at the entrance to the main palace complex.

A steep flight of steps ascends to Singh Pole (Lion Gate), the entrance to the main palace. The architectural style is distinctly Rajput but, from the mirrored mosaics covering the walls, it's pretty clear that there was a strong Moghul influence. 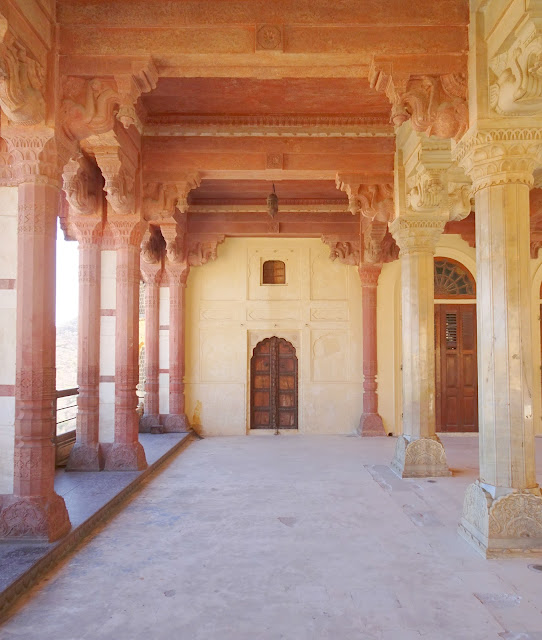 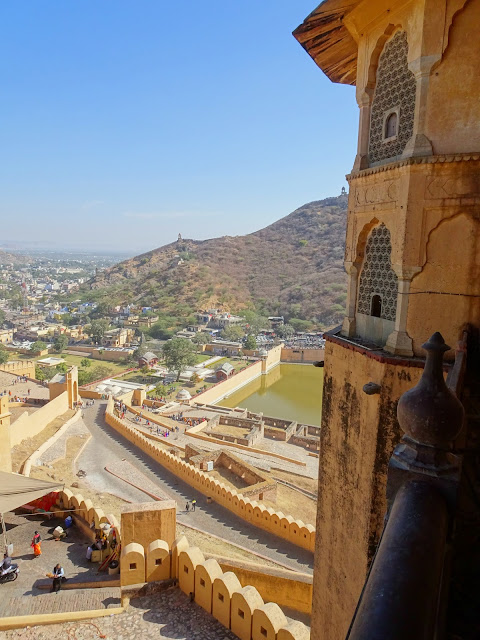 Singh Pole leads to the first of the palace's main courtyards, on the far side of which is the open-sided pavilion known as Diwan-i-Am (Hall of Public Attendance), constructed in 1639.

Opposite, the exquisitely painted Ganesh Pole marks the entrance to a second courtyard, its right side filled with a miniature fountain-studded garden, behind which lie the rooms of Sukh Mahal. The marble rooms here were once cooled by water channeled through small conduits carved into the walls, an early and ingenious system of air conditioning. 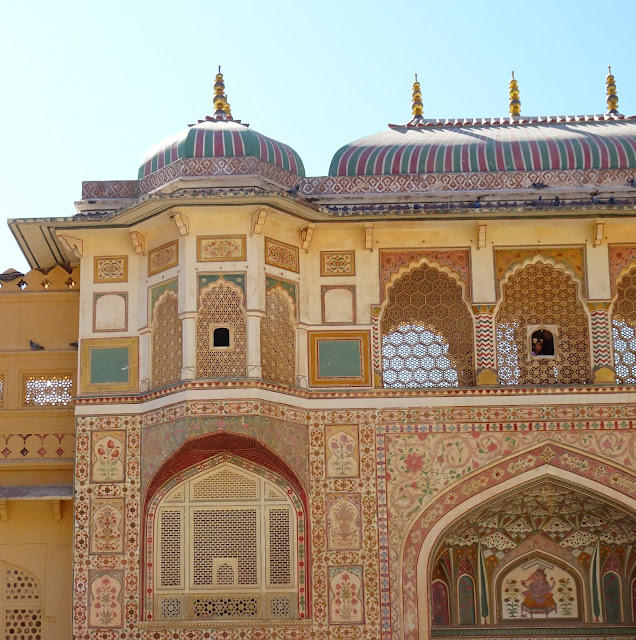 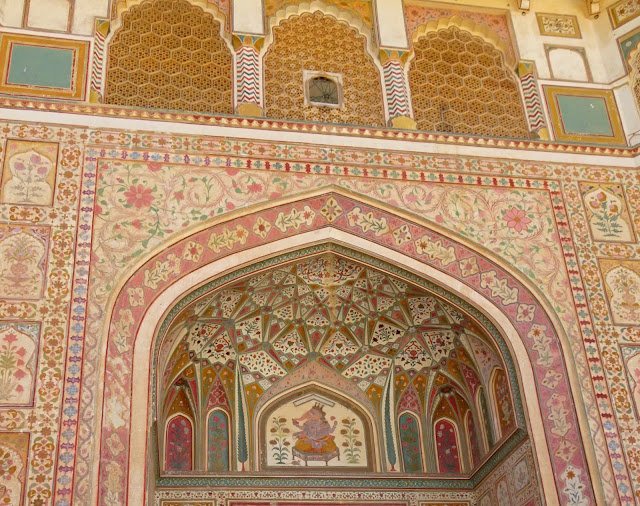 On the opposite side of the courtyard the Sheesh Mahal contains what were the Maharajah and his queen's private chambers, the walls and ceilings are decorated with intricate mosaics fashioned out of shards of mirror and coloured glass. Beyond the Sheesh Mahal, on the far side of the courtyard, a narrow stairwell winds up to the small Jas Mahal, decorated with similar mosaics and guarded from the sun by delicately carved marble screens. 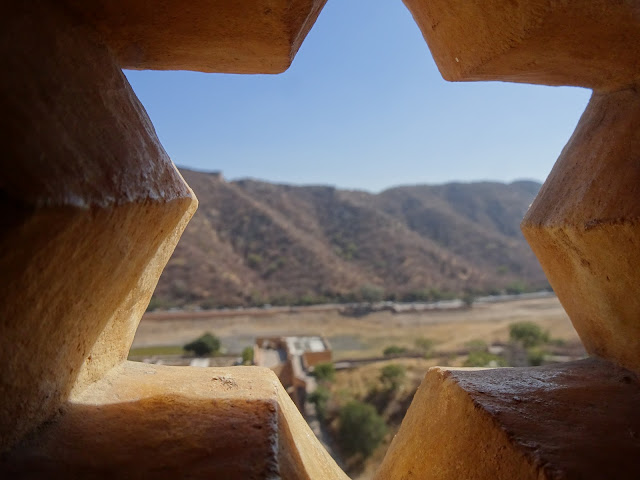 From the rear of the Sheesh Mahal courtyard, a narrow corridor transports you into another courtyard and the heart of the Palace of Man Singh I, the oldest part of the palace complex. The buildings here are plain and austere compared to the later structures, although they would have originally been richly decorated and furnished. 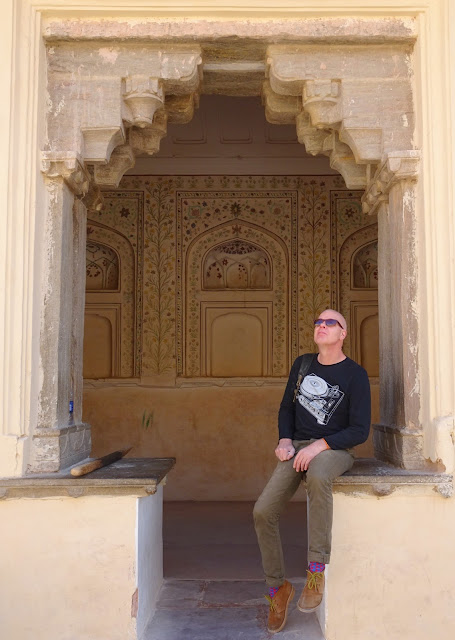 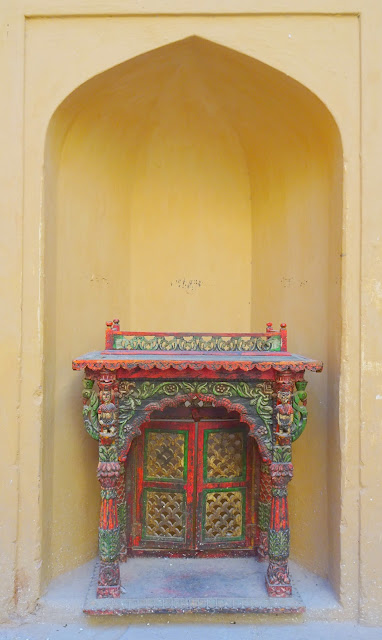 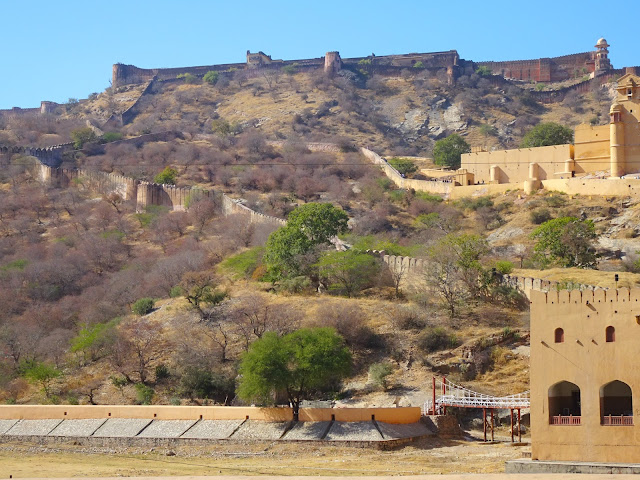 Below the palace, the atmospheric but little visited Amber town, is full of remnants of Kachchwaha rule as well as home to the Anokhi Museum of Hand Printing (which I wrote about HERE). 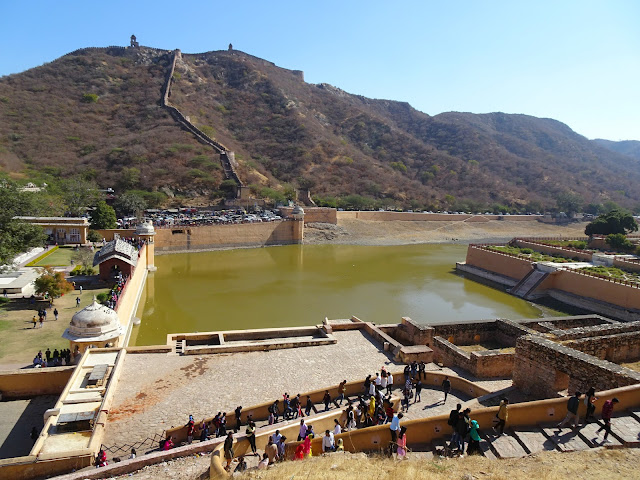 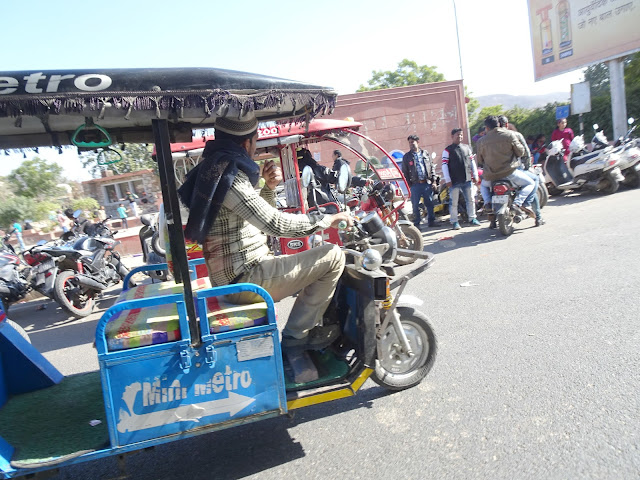 I can feel the sun on my skin again (or is that the heat from the log fire?)