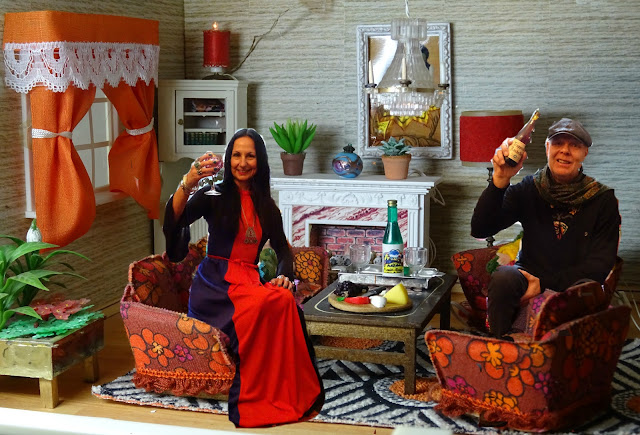 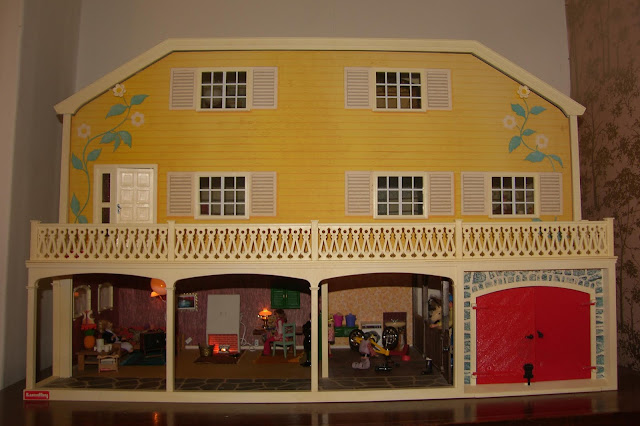 This model, known as Stockholm in Europe and Dallas in the USA, was launched in the mid-1970s. Mine dates from the early 1980s and has a removable front cover and, in-keeping with the aspirational Yuppie lifestyle of the time, the master bedroom has French windows leading out on to a balcony whilst there's a stable block in the basement for the wealthy Swedish family to keep their ponies. I found it on one of those local selling sites and it came full of furniture and dolls. Much of which wasn't to my taste (modern & plastic) so I stuck them on eBay and by the time the auctions had finished the house was virtually free. 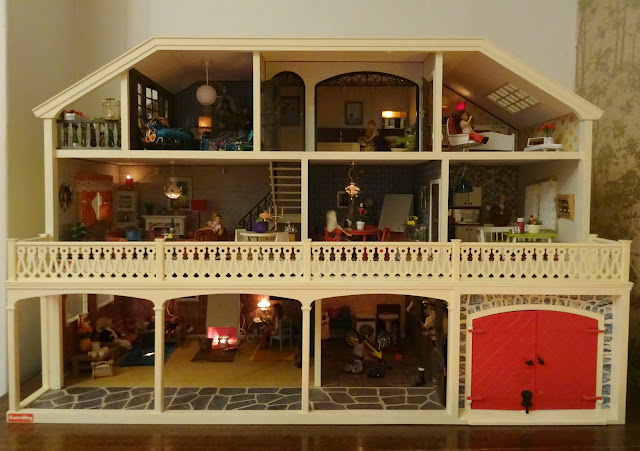 Yesterday, whilst most of Britain was out shopping, I rewired the house (that's the Lundby one, not Stonecroft) It was one hell of a fiddle but now everything from the ceiling lights, table lamps, kitchen units, fireplaces and even the aquarium glow. It's a joy to lie in bed and look at it - and it'll be even better once the bedroom walls are painted. 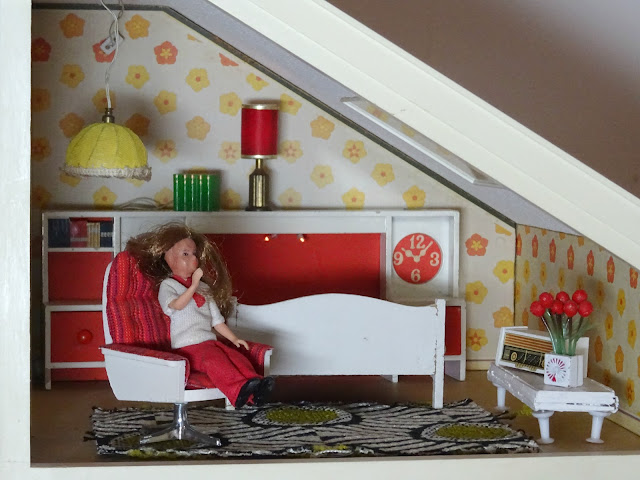 Like my other doll's houses, the Stockholm is furnished entirely from vintage furniture I've picked up from eBay or in charity shops along with a few pieces I've made myself. All the original wallpaper was in near-perfect condition so I left it alone as it seemed a shame to devalue it. 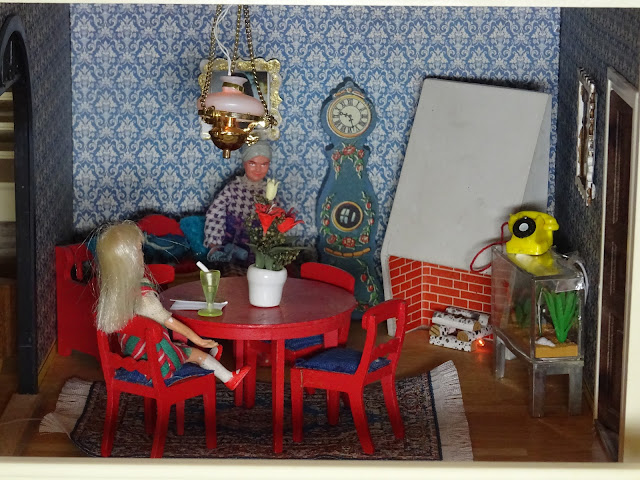 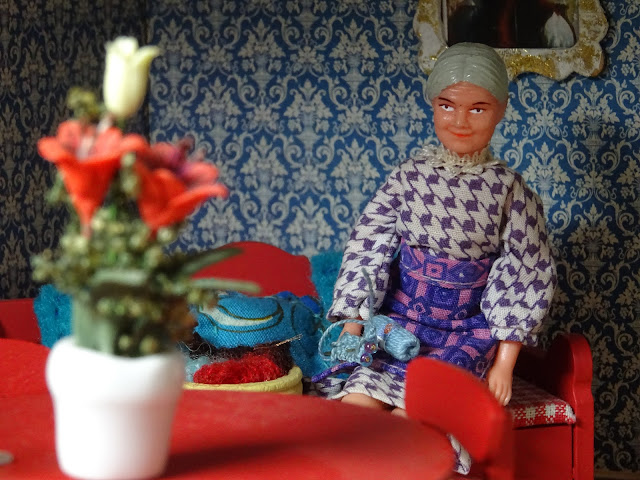 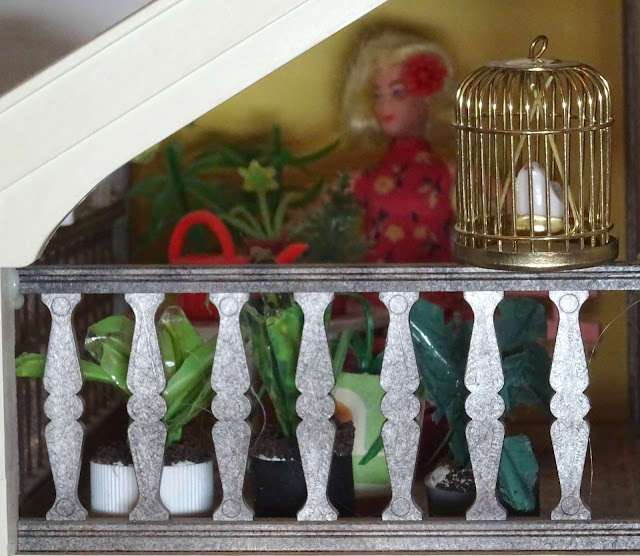 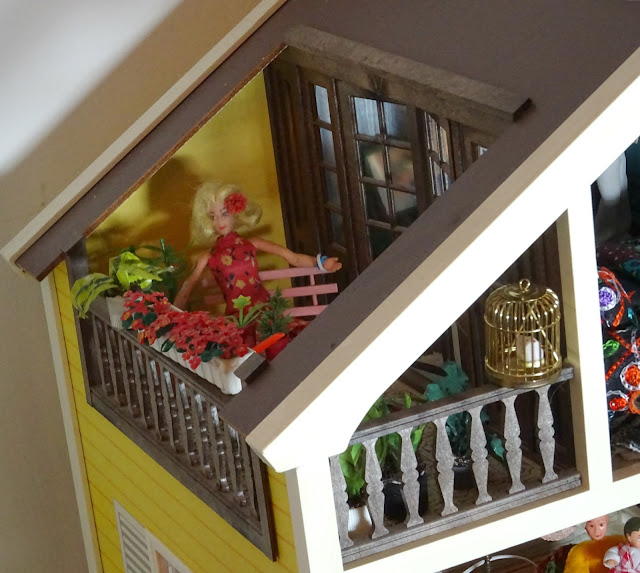 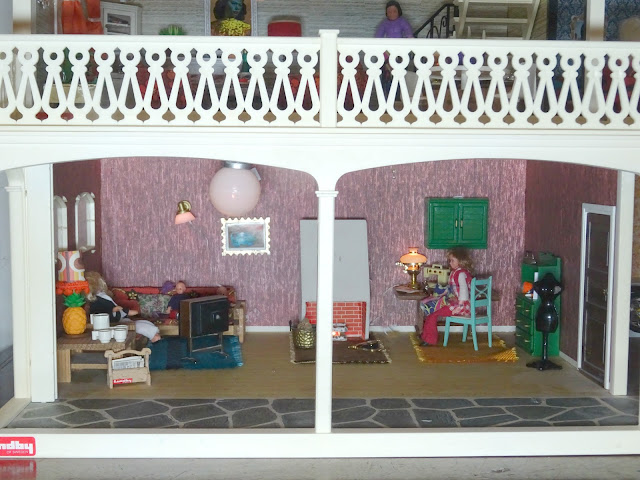 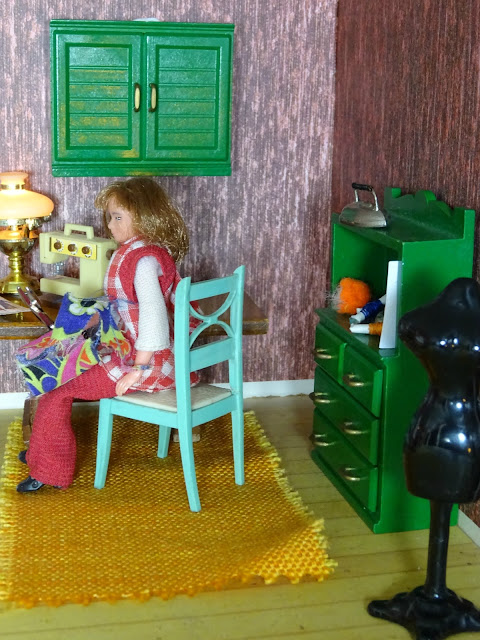 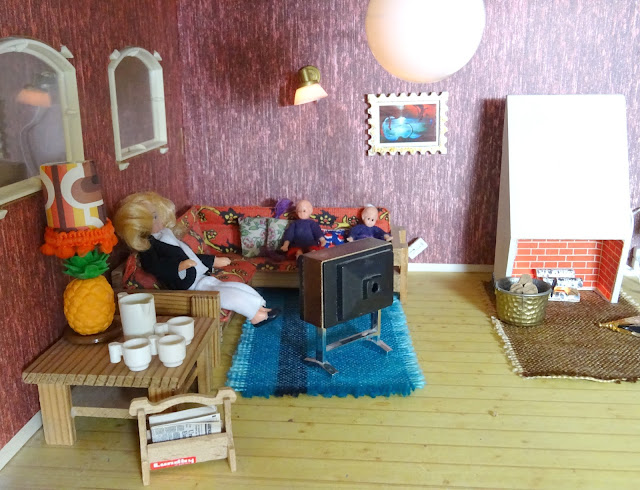 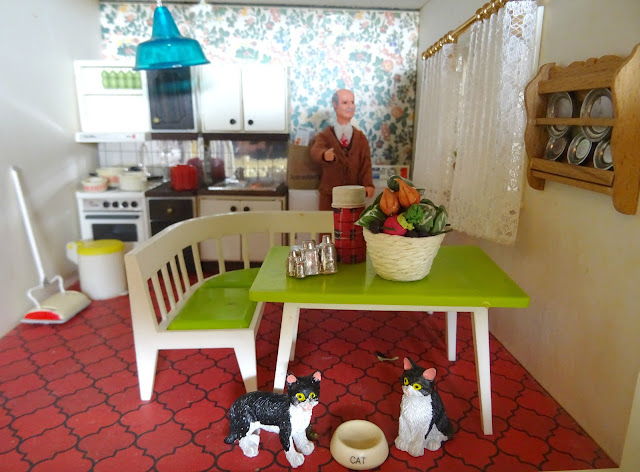 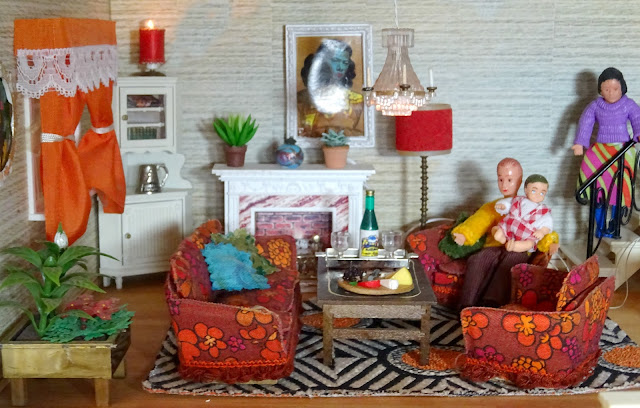 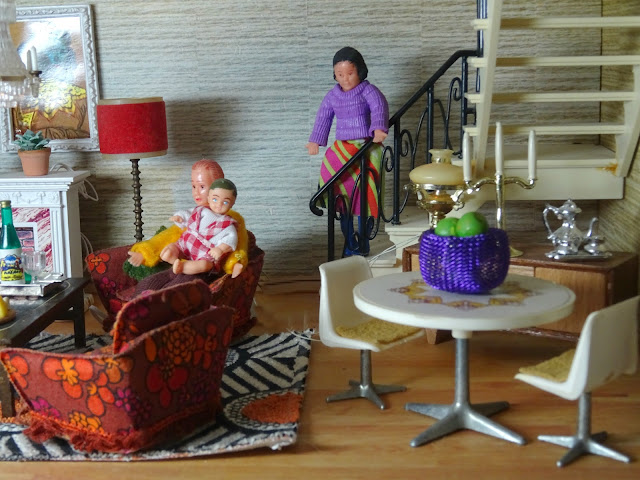 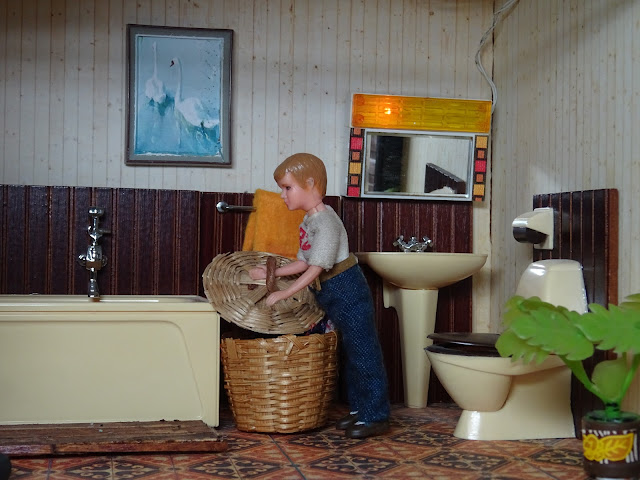 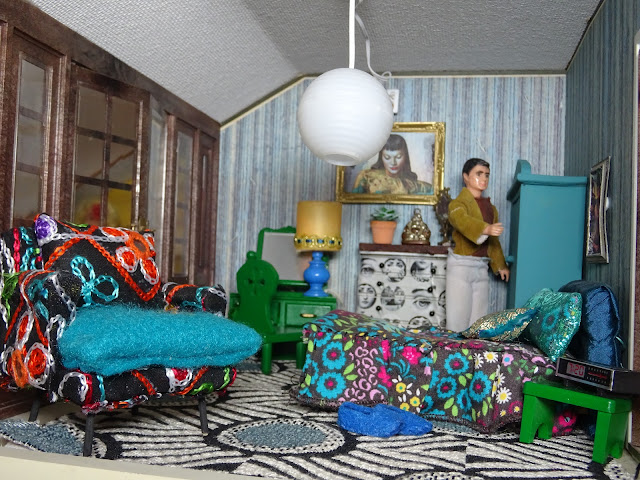 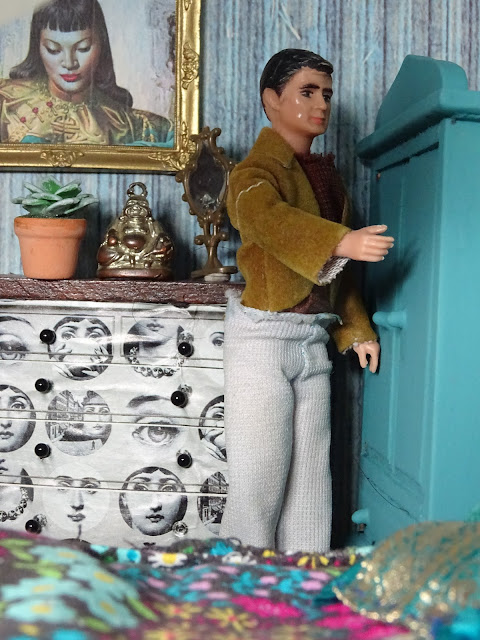 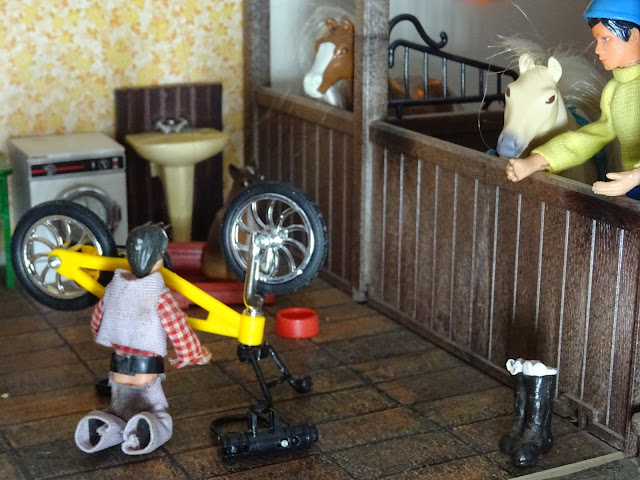 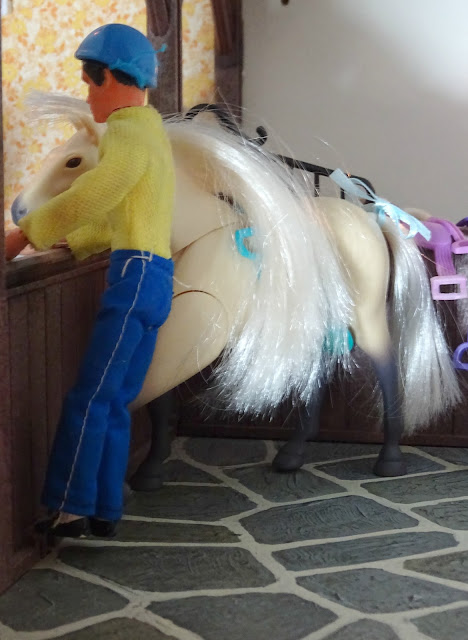 We're be back in the real world tomorrow - the painting begins first thing in the morning. We'll take a break on Xmas Day for The Dead Relatives Society festive curry lunch at the Indian restaurant down the road then it's back to the decorating on Boxing Day.