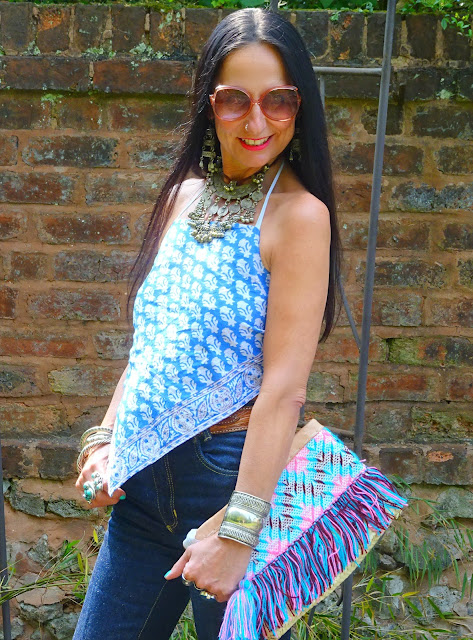 Jeans? Even Jon was surprised. Back in the late '90s through until the early 2000s I lived in them - possibly as a reaction against the corporate suits I was forced to wear for work. Back then I'd wear them skinny (always Topshop Baxters) with vintage knee high boots and either pussy bow blouses or skinny band tees and waistcoats but, after quitting the drudgery of paid employment, I could wear whatever I wanted all the time so the need to dress down became obsolete. Trying my old skinnies after a long break I noticed how they accentuated my mismatched hips, the replaced left hip doesn't curve like my unoperated right side, and whilst I wasn't bothered about looking lopsided (it sure beats being in constant pain) I didn't particularly want to advertise the fact. The jeans were sold on eBay and I moved on. 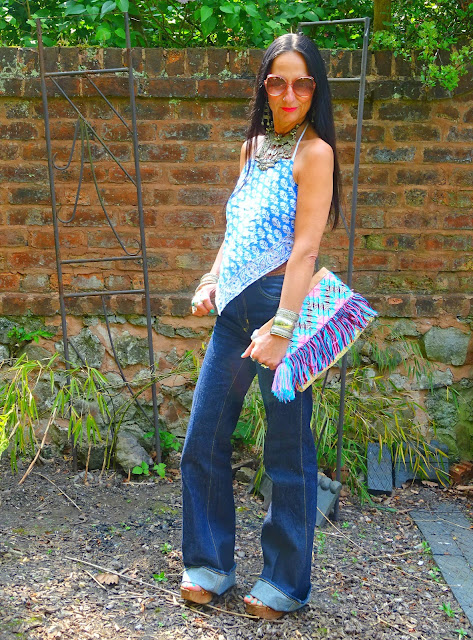 I've flirted with jeans in the nine years since I started blogging, I've had a couple of pairs of vintage flares but ended up selling them as the fit wasn't quite right. I've always kept my eyes peeled for a decent, well-fitting pair to wear with my collection of vintage hippy tunic tops and blouses but to no avail. That was until yesterday when helping a couple of mates set up their new venture as vintage traders I spotted these original deadstock 1970s Lois bell bottoms hanging on their rails. 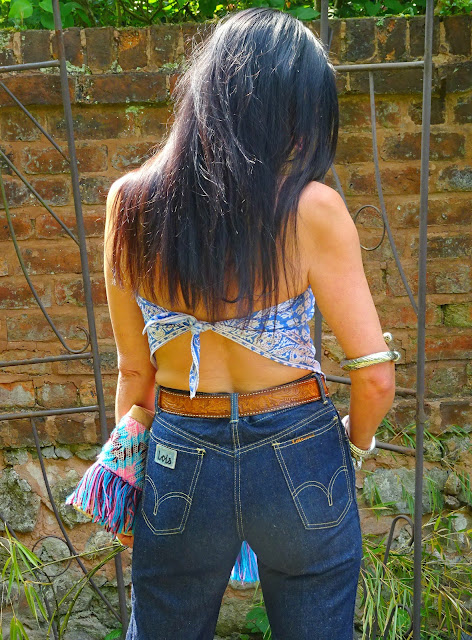 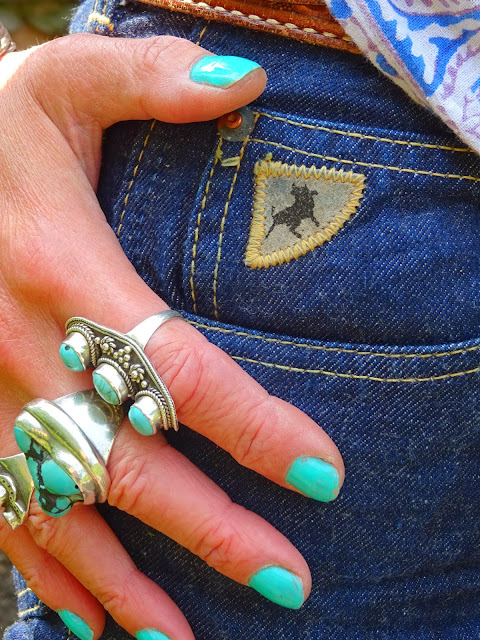 How cool are the original tags? It seemed a shame to remove them! 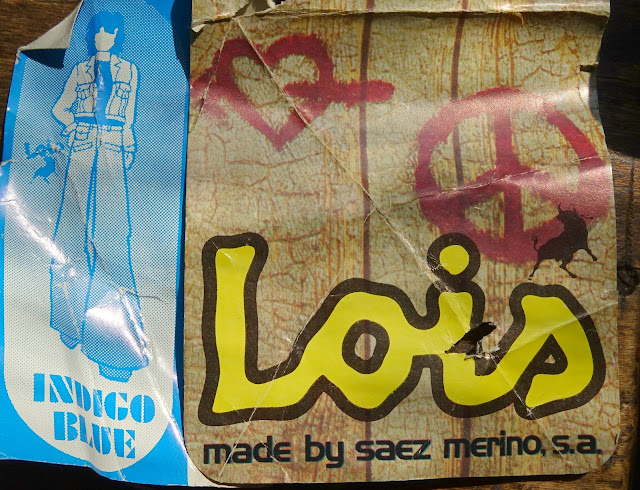 I'm not sure if many non-Europeans will be familiar with Lois denim but to us Brits they were the epitome of cool. My Mum was an avid Lois jeans wearer which was pretty outrageous for a mother of two back in the 1970s when all the other mothers at the school gates dressed exclusively in Marks & Spencer dresses.


Endorsed by hip European celebrities like Johan Cruyff & Bjorn Borg (and the not quite as cool, Abba), Spanish-made Lois jeans were massive. You'd be hard pressed to open a magazine or to pass an advertising hoarding without seeing the famous Lois bull back in the 1970s.

So how did a family business from a tiny village in Spain become one of the big players in the world of denim? It started with two brothers, Joaquin and Manuel Saez Merino, who started selling anything they could get their hands on. The brothers started making their own work wear, based on craft production by the women in their village. Travelling around the country selling their products on the back of a donkey, they picked up on the growing popularity of denim in Europe amongst the younger generation.

After experimenting with different styles they discovered that jeans were not difficult to make but the challenge was to find similar fabrics that were used by the popular American brands in Spain. After attempting to import denim from America, the Saez Merino brothers decided to invest in their own looms so that they could manufacture denim to the highest quality themselves. At this point, the name Lois Jeans didn't yet exist as the brothers were keen to learn their craft inside out and establish themselves in the market first.


Confident that their jeans were now of the highest quality as well as being comfortable and good-looking in 1962 Lois Jeans was finally born.

The Lois ideology fitted in perfectly with the mood of the time – with the youth movement of the seventies in Europe revolving around both student protest and hippy culture, jeans became the uniform of the nonconformist. It was also the first time that the flare appeared, leading to the massive popularity of Lois’ iconic GAUCHO jeans.

Although Lois jeans are still made to this day the brothers' manufacturing company, Saez Merino, S.A., went into liquidation a couple of years ago and the denim is now manufactured by the Dutch. 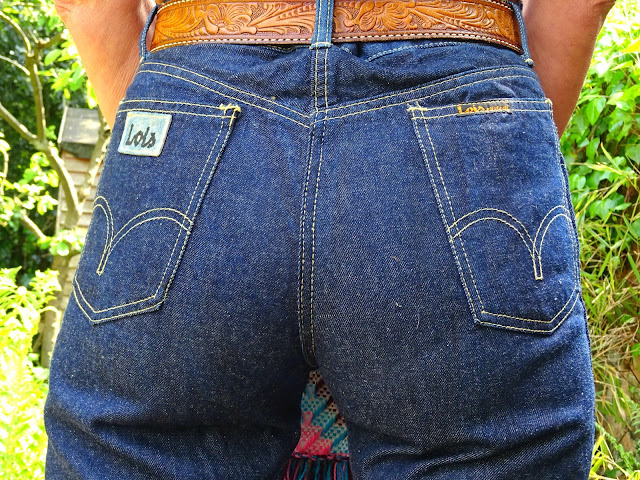 I'm wondering if I should do a jeans week like Sheila did recently and wear them every day? It could be the wrong week to try what with glorious sunshine and temperatures set to hit the balmy heights of 22 degrees.