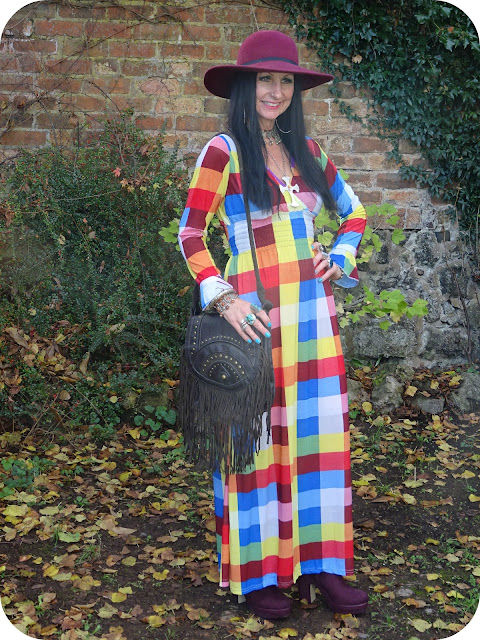 When the Seventies became the next big thing a year or so ago, many of my fellow vintage enthusiasts had mini meltdowns, fearing that the world and her dog would be walking the streets in maxi dresses, platform boots and floppy hats, leading people to think that those of us who'd always dressed this way would be mistaken for fickle followers of fashion. 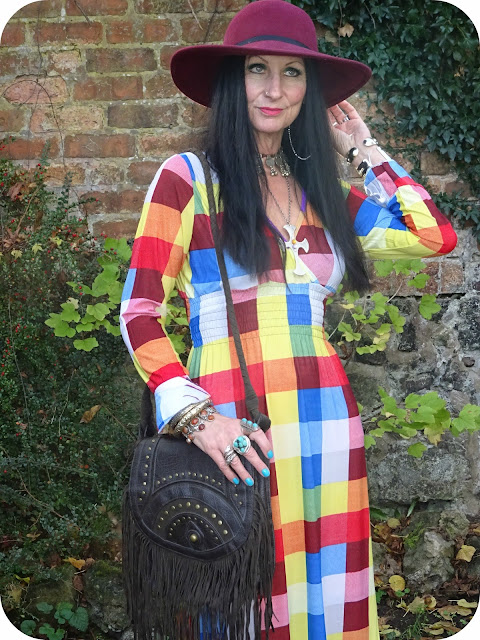 But I wasn't worried. Trends rarely last for long and I knew the day would soon come when the fashionistas bored of 1970s repro and move on to the next thing. 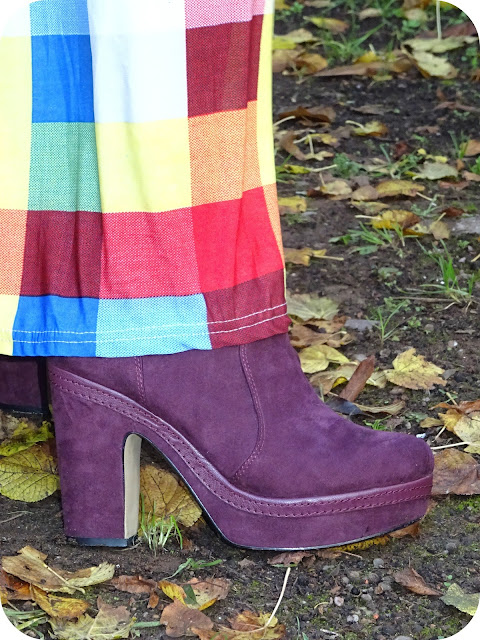 And that time is now! The weather has turned properly Autumnal, the fashion conscious are reinventing themselves and last year's wardrobe has been relegated to the charity shop donation bag. 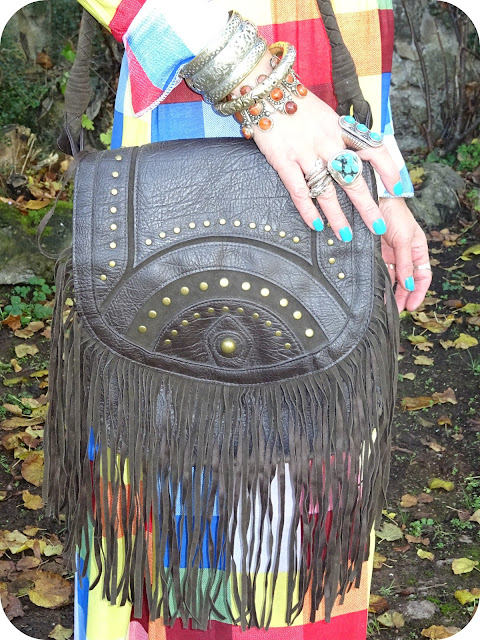 Bar my jewellery, everything I'm wearing came from yesterday's charity shop expedition and set me back the grand total of a tenner. It might all be repro but as I wear my clothes for years (fashions change, my tastes don't) this lot will be vintage before you know it. I still wish I'd held on to the 1970s revival stuff I'd bought in the early nineties. 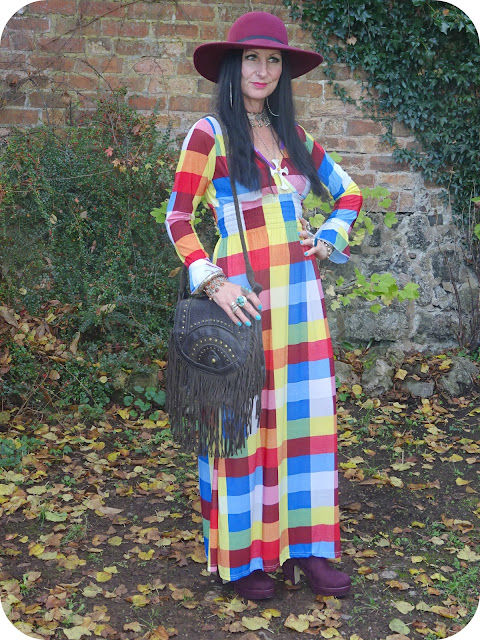 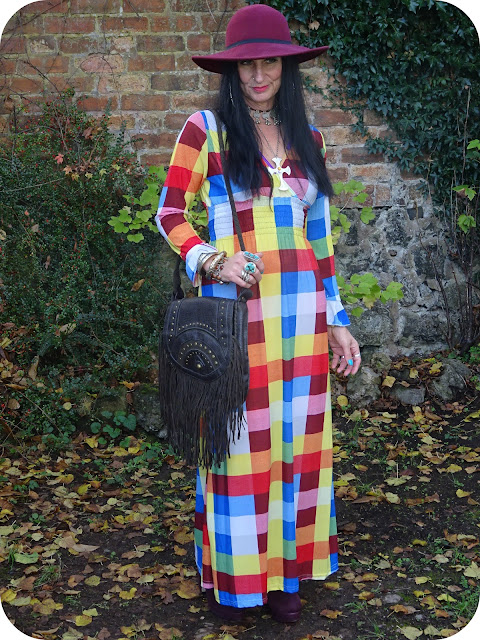 So what else have I been doing since I posted last week? We had a spa weekend, that's what. Not the schlepping around in a fluffy white dressing gown being massaged by a stranger and paying a few hundred quid for the privilege kind of spa, though (I just can't see the appeal), this was the packing twenty-seven hours of work into two days selling our vintage clobber to the good folk of two English spa towns kind of weekend.


Saturday took us to Leamington Spa in Warwickshire. The ruffle sleeved top I'm wearing was yet another 1970s-inspired charity shop find, just £1.99 and ideal for winterising my 1970s catsuit. 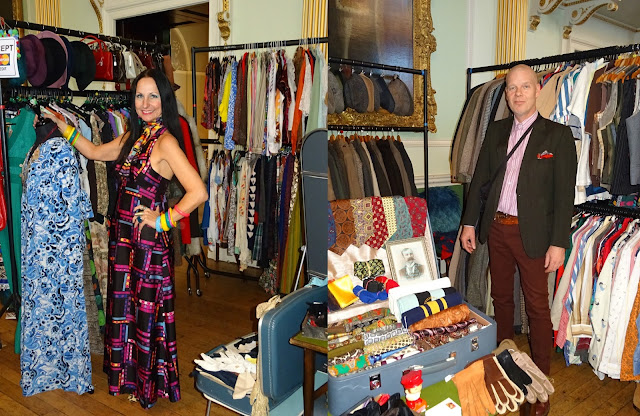 Sunday was the turn of Bath in Somerset where I wore the exactly the same outfit (1970s Prova maxi & vintage Liberty silk scarf) that I did the first time I traded there 4 years ago. 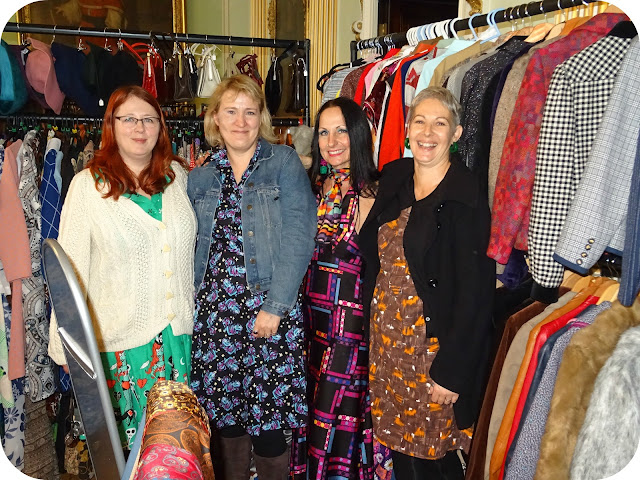 Mim, Em & Gisela popped in to pay us a visit! Don't we all look print-astic? We also met up with our Cornbury Festival girl gang (and I stupidly neglected to take a photo but we've just found out that Cornbury is coming back in 2018 so I'll see them there next year). Gisela gave me the most marvellous parcel of vintage sewing bits which deserve a separate post.

We're trading with Judy's in Liverpool this Saturday (details HERE), hopefully I'll have a chance to share the rest of this week's finds before I've sold them all.
Posted by Vix at Wednesday, October 25, 2017