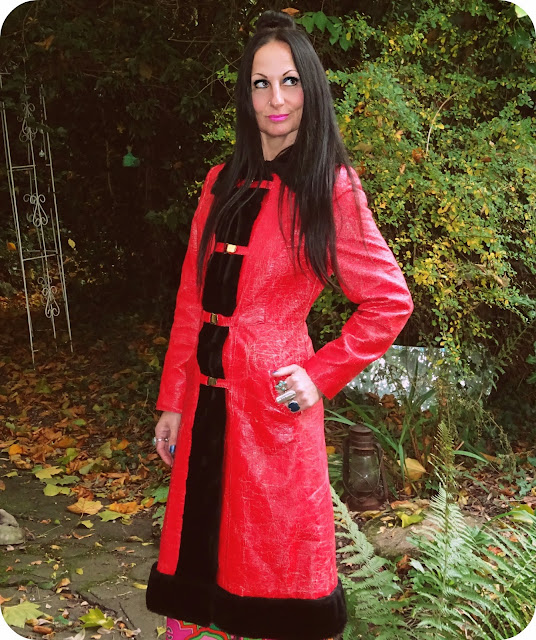 I knew I was starting to feel better when the thought of another day confined to the house threatened to send me mad. Seeing the grey roots and pasty face reflected back at me from the bathroom mirror spurred me into action. I pulled on some clothes, left Jon on the settee with his drugs and a box of tissues and headed into town in the hope of finding something to make me look human again. 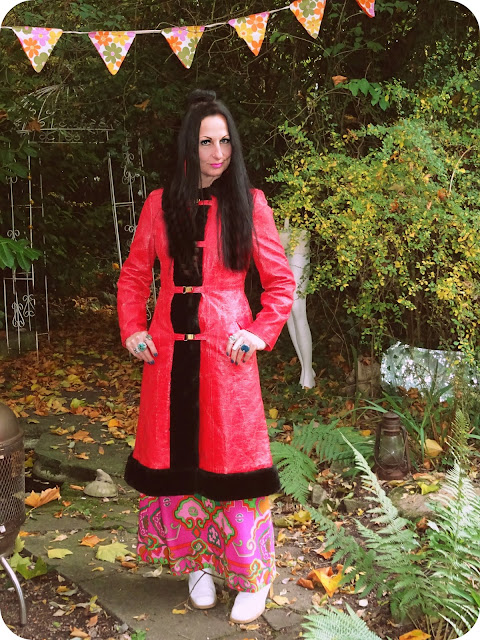 It was the first outing for this 1960s coat. I'd already bought a sackful of stuff from the charity clearance shop (I'd tell you where it is but then I'd have to kill you) and was half way out of the door when I spotted some red PVC on the rail nearest the door. Almost hyperventilating I grabbed it and rushed back to the counter frantically rummaging for a couple of pound coins. The vinyl has degraded so it feels a bit sticky but as long as nobody fondles me I can get away with it. 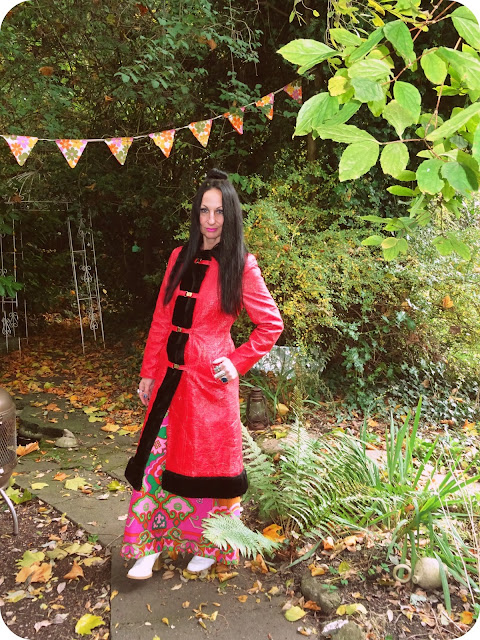 I had a right game trying to find some generic black semi-permanent hair dye. I always use Superdrug's own brand but it had sold out. I went to Boots' only to find signage for permanent dye. With the help of an assistant we managed to locate it in the shampoo aisle and I grabbed the last box on the shelf (£3). Why the shortage? Hallow-e'en? Stuff that, black hair is for life, not for fancy dress parties. I'm proud to be known as The bird from Carry On Screaming for over ten years. 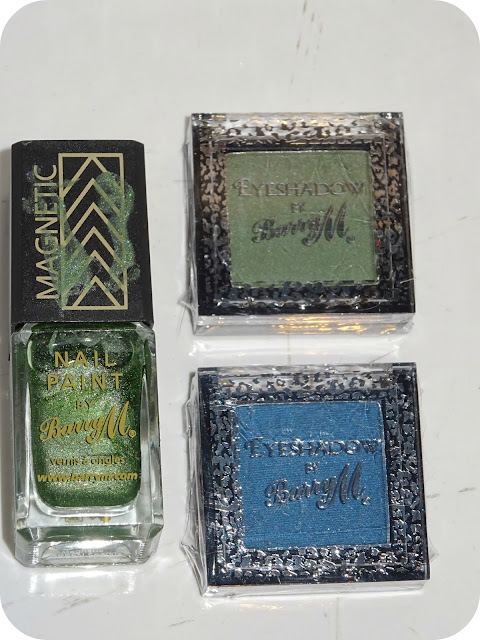 Next stop was checking out a tip Aril had given me, that Poundland was selling Barry M make-up. Barry M has always been a bargain basement, British-made, cruelty free brand and I've worn it since I was a teenager. Over the last couple of years they've discontinued a lot of my favourites and seem to be heading in a more fashion-forward direction.  The new nail polish isn't half as good as it used to be. If I can find any of the old stuff I'll buy it. I bought these two eye shadows for £1 (they're amazing and easily last 12 hours without creasing) and some sparkly green nail paint for £1, as well. 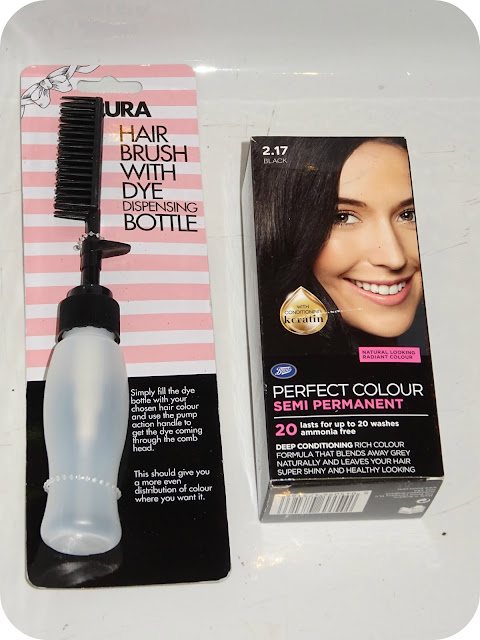 For £1 I thought I'd try out this dye dispensing bottle with a hair brush attached. I usually just tip the dye into a bowl and slap it on with a brush so hopefully it'll be less messy (Jon's always telling me off for dyeing everything else in the house black). 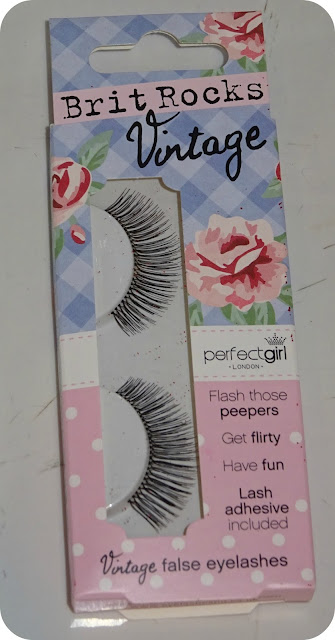 My final stop was Savers. I hate mascara and always use stick-on eyelashes, I love that you can just pull them off and wash your face before bed rather than messing about with eye-makeup remover and still waking up looking like a panda. Normally I'll fly into a rage at anything that calls itself vintage when it clearly isn't and I know the packaging is hideously naff but these Perfect Girl lashes are pretty  good. At £1.99 they'll last for at least a month of daily wear. 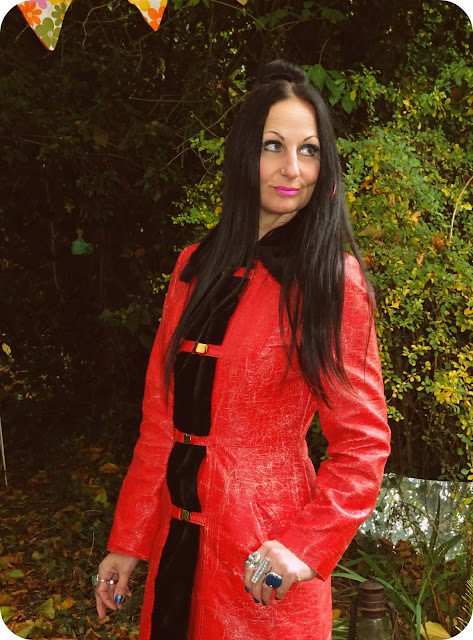 By the time I'd been to the Post Office, visited the chazzas (always poor during the school holidays) and walked home it was getting too dark for hair dyeing (arghhhh.... Autumn!) so I worked some Pic Monkey magic on my roots instead.

I'm so happy to be feeling human again, I'm doing a craft workshop with the girls tomorrow and there's talk of lunch in Wetherspoons.


PS The entire £8 I spent on beauty products was my own!