I've Got A Pair Of Gohill's Boots 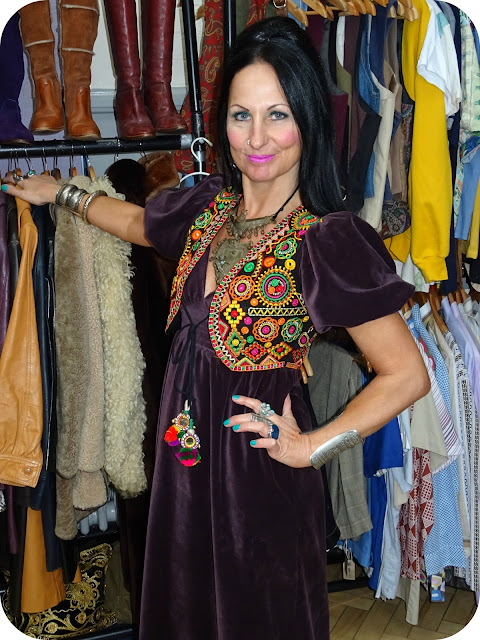 There was no need to bin yesterday's work outfit as we had a respectable day's trading in Clapham, South London.

A lot of people are under the illusion that the capital is packed with rich idiots who'll pay over the odds for vintage clothes and that Londoners are more stylish and switched on than the rest of the country and they tell us to double our prices when we're selling down there (which we don't). Having traded in cities & major towns throughout the UK I can confirm that cool, well-dressed people live everywhere and that Londoners are no more likely to buy over-priced vintage than anybody else.

The reason why the London vintage fairs work is because of the sheer number of people who pay to come through the doors and yesterday we saw them all, from families out for a stroll before lunch, hipsters hunting for quirky festival gear, pensioners taking a trip down memory lane, costume departments buying for television and stage productions, professional couples wanting to update their wardrobes, performers looking for outrageous stage wear and skint students in need of a bargain to foreign tourists after an unusual souvenir of their trip and the drummer from 1980s chart topping jazz funk super group, Shakatak. 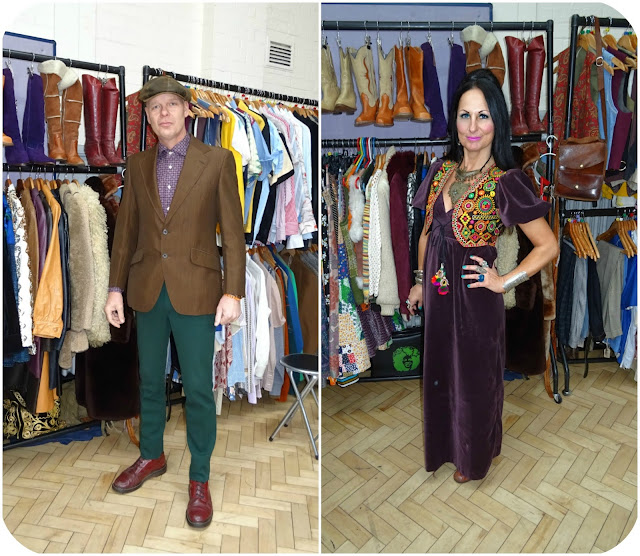 Jon wore some 1970s green Crimplene Farahs he'd skinnied-up himself, a 1960s Tonic blazer borrowed from the Kinky rails, some vintage cherry red DMs, a leather Baker Boy hat from the End of the Road festival & a Pal Zileri shirt a mate found him in a charity shop which we've since discovered retail in Selfridges for £185! I wore a puff sleeve plum velvet maxi by Quad, courtesy of Miss Rayne about five years ago, my antique tribal pendant, the waistcoat I bought in Mumbai in January and some feckin' amazing footwear.

A few months ago Jon & I were at an artisan fair in Walsall having a drink at the bar when we heard "Hello there, Victoria & Jonathan". It was a teacher from our junior school (Jon & I were at school together in the 1970s) neither of us had seen for almost 40 years. She'd followed Jon's musical career and seen me in a few publications. Back in the early 1970s I'd idolised her, she was the original hippy chick with waist length red hair worn with a centre parting & John Lennon granny glasses and she was just incredibly cool, a far cry from the other conservatively dressed teaching staff. After a couple of pints I admitted that my love for her style had remained with me even to the point of hunting down a vintage green leather trench coat at considerable expense solely because she used to wear one. She told me that she still owned much of her original hippy gear. Fast forward to a fortnight ago when Jon bumped into her at the Post Office. She said she'd had a sort out and wondered what size shoe I was. Miraculously it turned out we're both a UK 6.5. The rest, they say, is history. 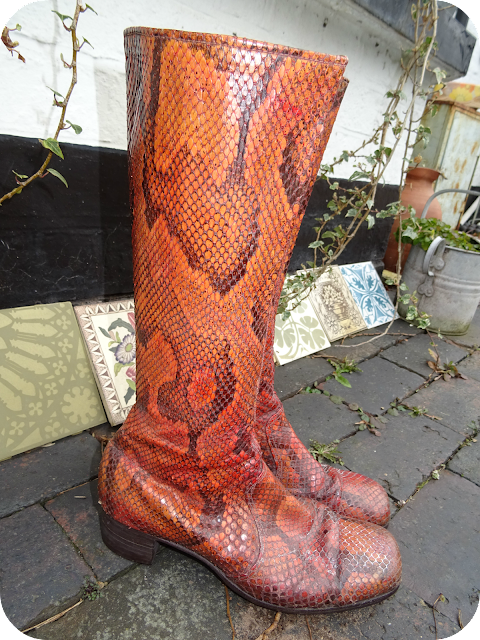 Hand-made from exotic snakeskin by Gohill's of Camden and sold at legendary hippy emporium, Granny Takes A Trip. Syd Barrett imortalised them in the Pink Floyd song, Nobody Home. You can even buy the tee shirt.


My fabulous junior school teacher bought hers in 1966, the year I was born. Now too slim-fitting for her, they fit me like the proverbial glove and were on my feet from 4.30am yesterday morning until it was time to pack down 12 hours later! 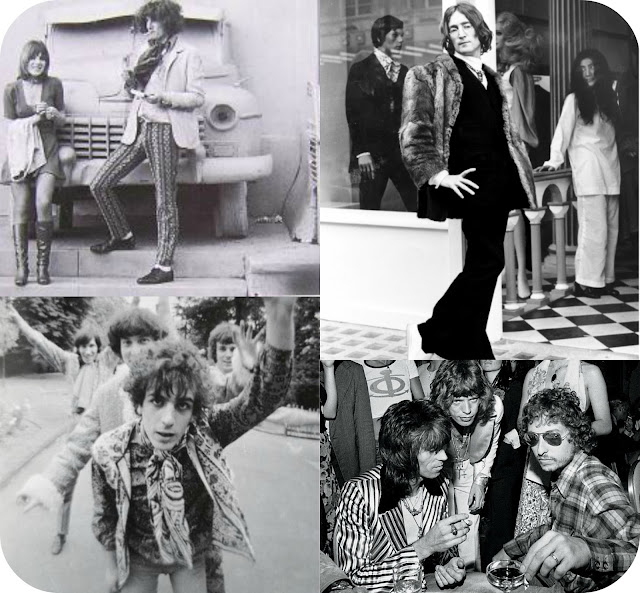 Linking to Patti and the gang for Visible Monday before slobbing out on the settee for a catch-up of last night's Indian Summers & The Voice. These 16 hour days are a killer.