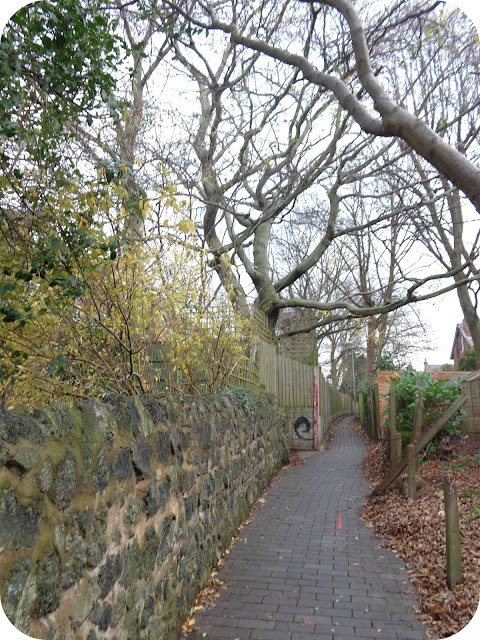 While the rest of the world is driven into a Xmas frenzy we're having a lovely time, staying out of the shops, keeping away from the crowds and enjoying having absolutely no plans. For the first time in ages it wasn't raining when we woke up so we had a leisurely breakfast, grabbed our coats and the camera and went for a stroll. 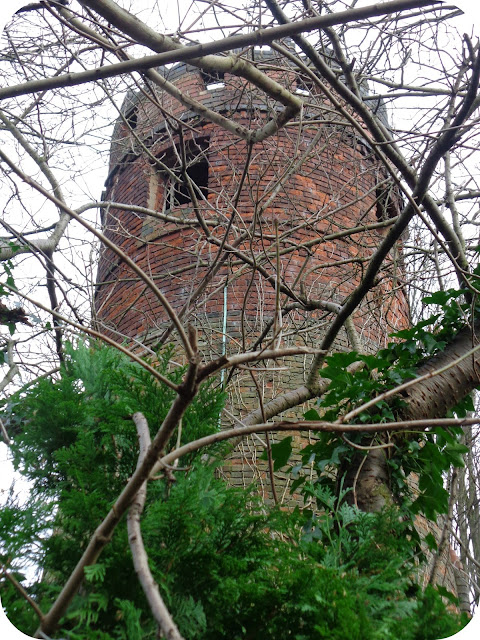 Walk down the ancient cobbled alley behind our house, pass the 19th Century Highgate windmill on your left and within a couple of minutes you'll reach Caldmore. 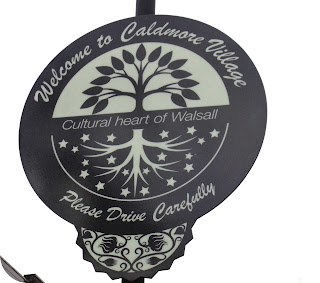 Pronounced "kar-ma" by us locals, Caldmore is a short walk away from Walsall town centre. It developed into a village during Victorian times with a bustling main shopping area thronged with rows of terraced housing, even boasting its own cinema, The Forum Picture House. From the 1950s until the early 1970s hundreds of Indian families made the village their home, bringing with them the culture and traditions of the Sub-Continent. 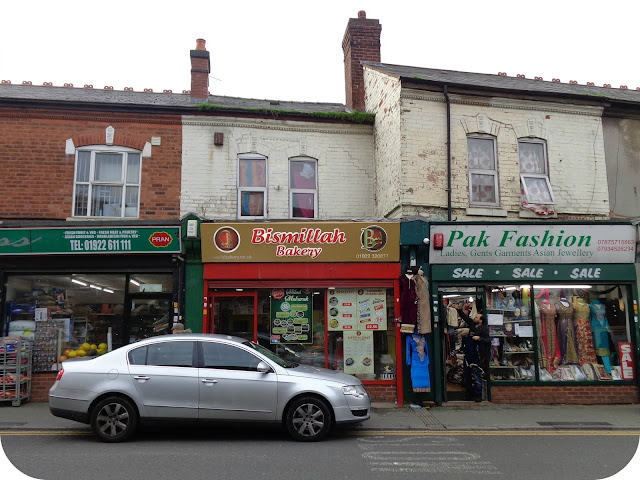 I've lived on or in the outskirts of Caldmore for most of my life which probably explains my enduring love for India. It's like home. 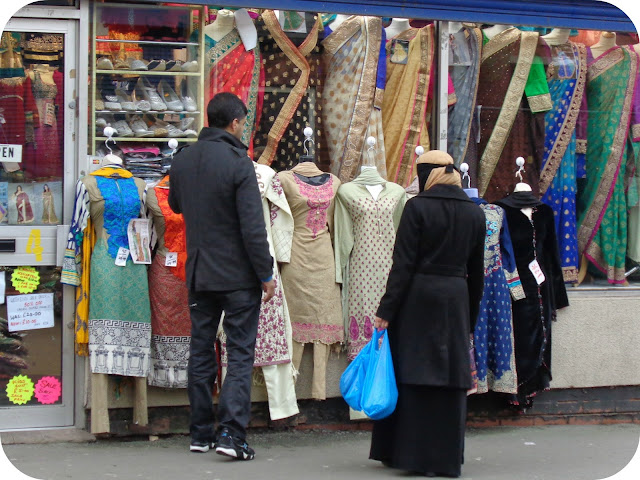 In the early 1970s Mum & a friend ran a junk shop in Caldmore called Second Time Around. Newly arrived Indian families, unused to the British weather, flocked there to stock up on second hand overcoats, jumpers, boots, blankets and umbrellas, anything to keep them warm and dry. 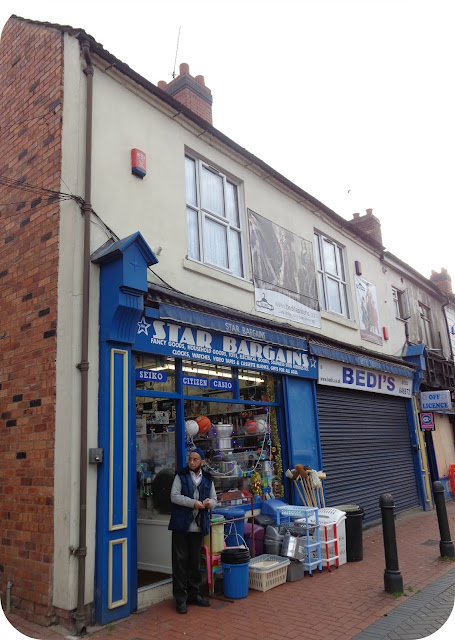 Unlike the town centre the local shops never seemed to close, a lifesaver if Father Xmas had forgotten to put batteries in your Xmas present or if Mum had run out of cigarettes. 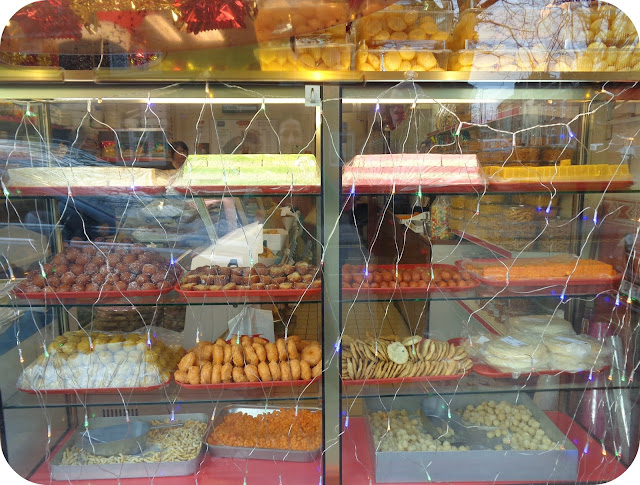 Indian sweet centres & curry houses were a part of every day life, the tantalising smell of sizzling spices and the allure of the intriguing snacks on display in the shop windows were far more appetising than the overcooked muck we'd get served up for school dinners. 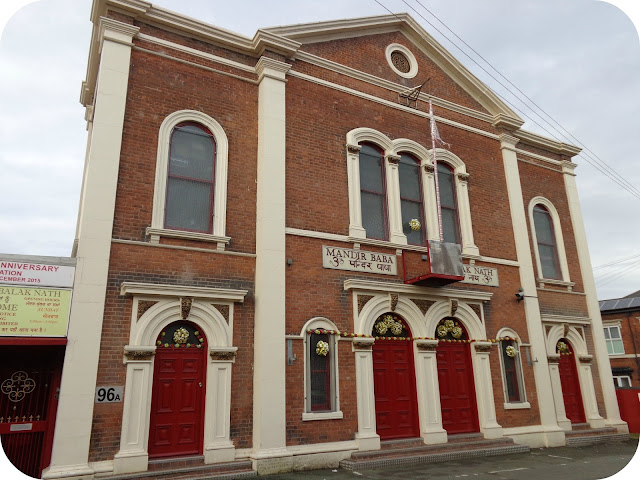 Most people in Caldmore were either Sikh and Hindu. Many years ago I remember the Hindu temple borrowing an elephant from a nearby zoo and parading him around the village green. 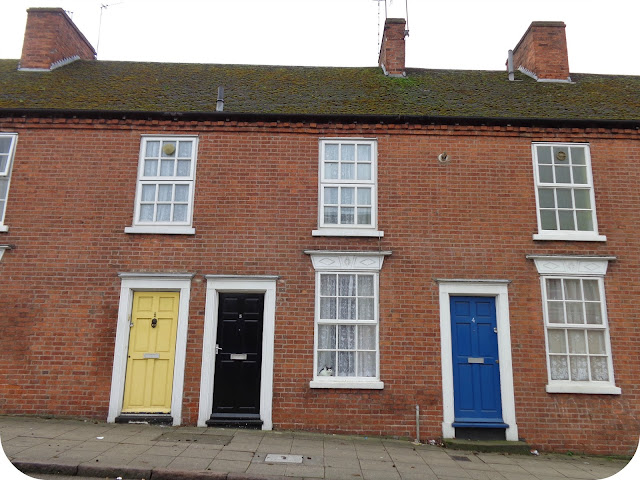 Caldmore's traditional terraced houses are perennially popular with renters as they are both cheap and plentiful. I moved into a similar one to these early Victorian weavers cottages in 1985 and paid a whopping weekly rent of £11. 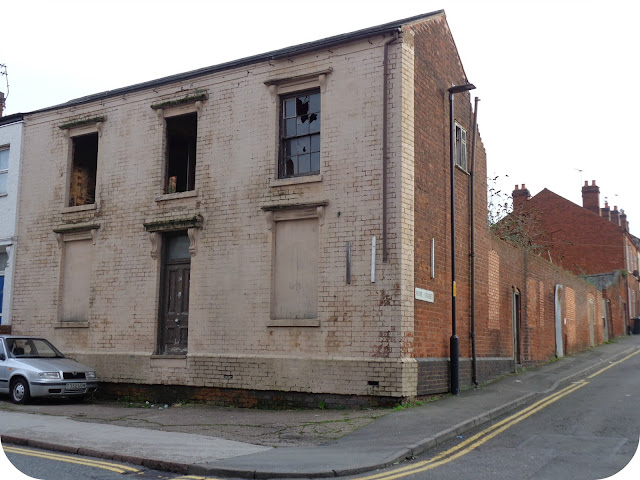 This house on the corner of the ironically named Hope Street has been derelict for as long as I can remember. Presumably there were once steps up to the front door, unless it was home to a Victorian giant. 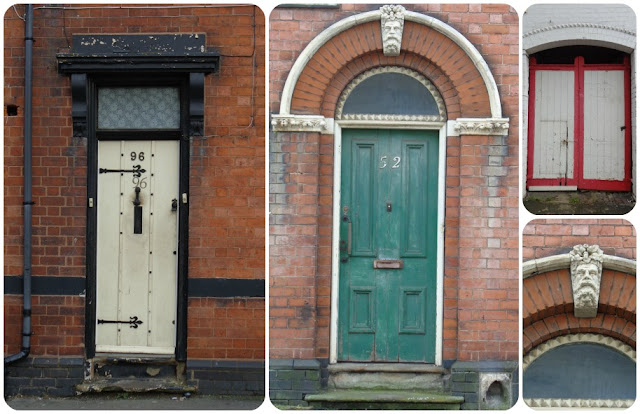 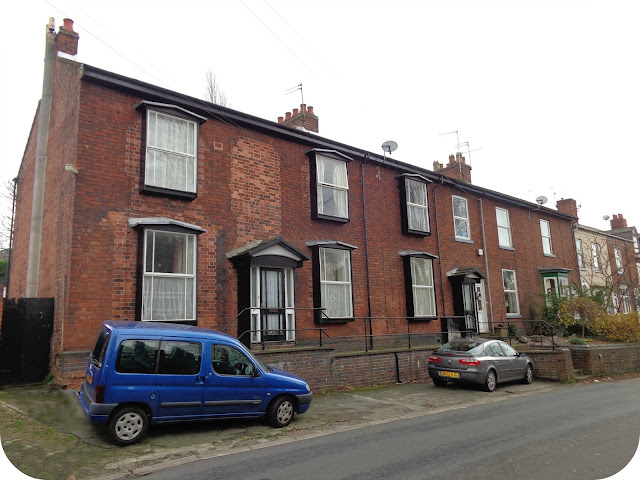 I love the casement windows on this early Victorian terrace. 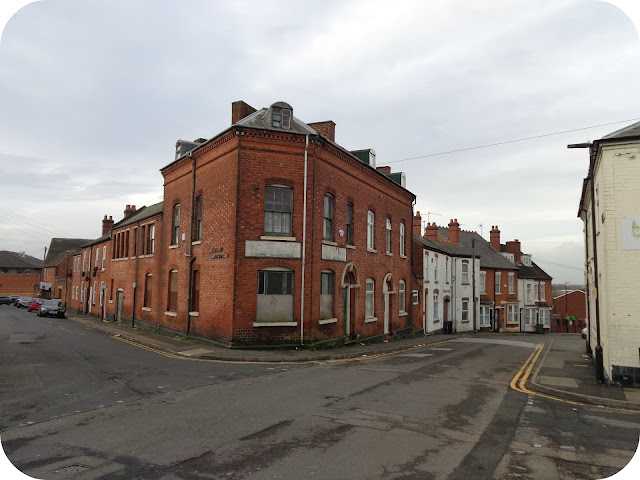 This is the street where I bought my first home at the tender age of 24. Back then it was the heart of Caldmore's notorious red light district. I was the talk of the village as people assumed I was a high class tart. The street wasn't the best but, as I wanted to get on the property ladder and still be able to afford to eat, it was the only sensible option. 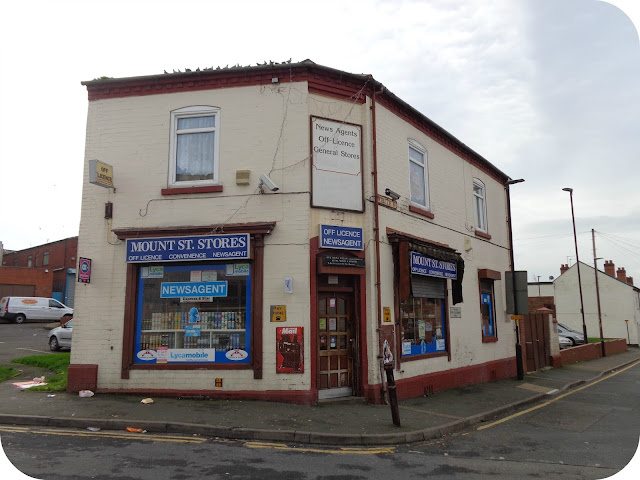 Mount Street Stores was my local shop for years, the meeting place for all types of odd characters. You could take in an empty bottle and get it filled with sherry or beer, served from taps behind the counter. The local prostitutes would stand shivering on the car park to the left of the photo. I'd often walk back from the pub and take them bags of chips out of pity (there was a chippy on the opposite corner), it must have been a miserable existence. 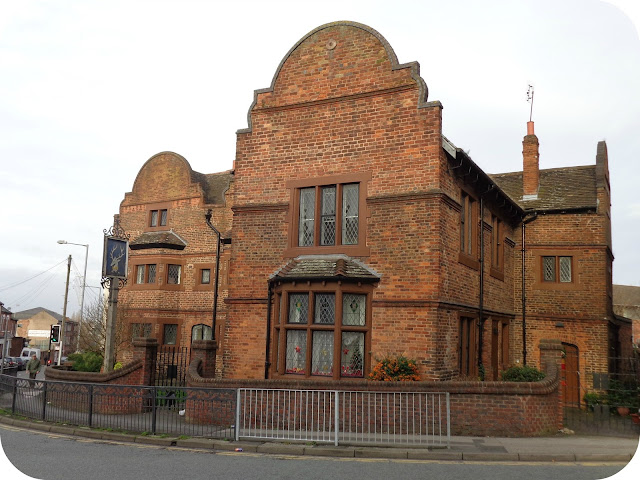 Queen Elizabeth I is said to have spent a night at the White Hart Inn on Caldmore Green. During renovation in Victorian times a child's mummified arm was found stuffed into one of the chimneys. It used to be on public display in the town museum (photo HERE) although I haven't seen it for years. The building was once a dodgy pub but is now converted into respectable flats. 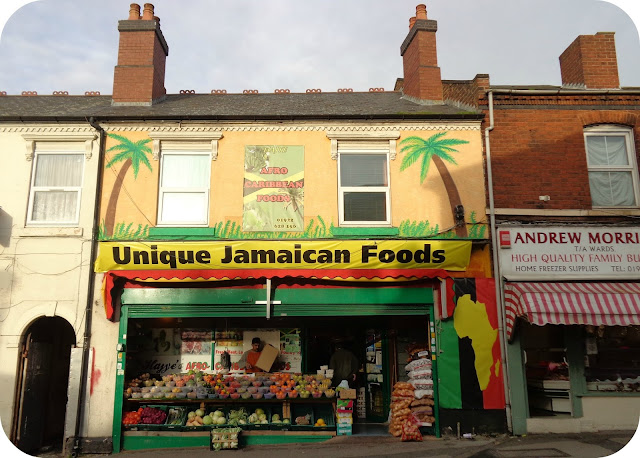 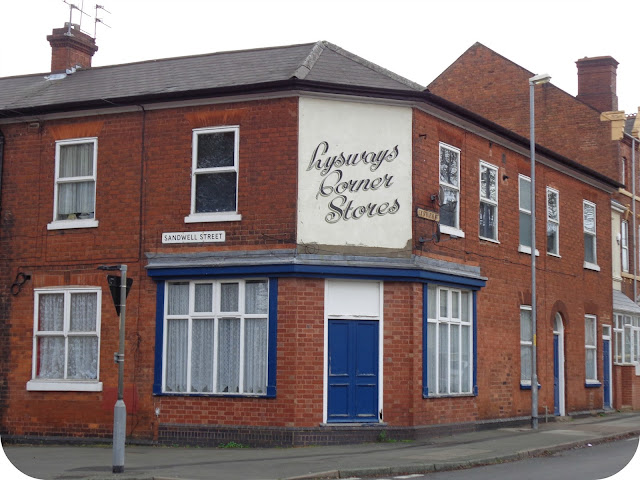 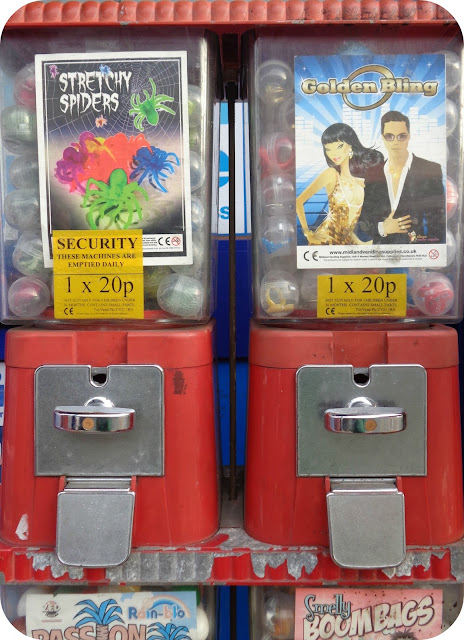 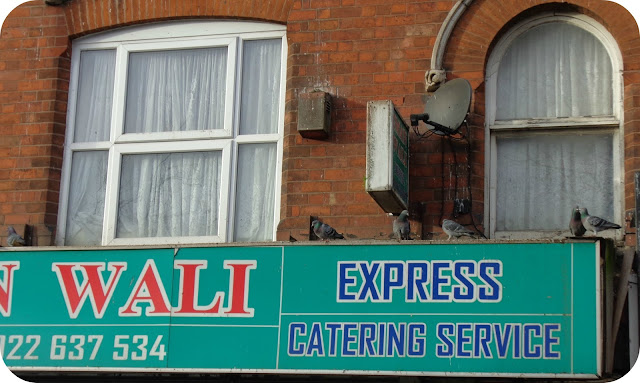 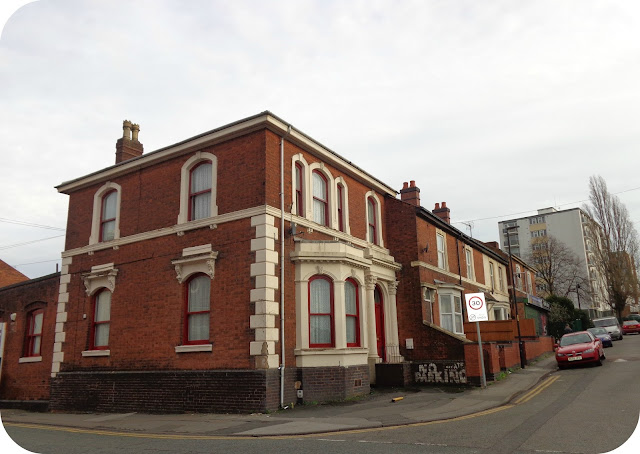 Back in the 1980s there was an infamous party in this building culminating in someone falling through the roof. Both Jon & I were there (but not together) but neither of us remember the gory details. 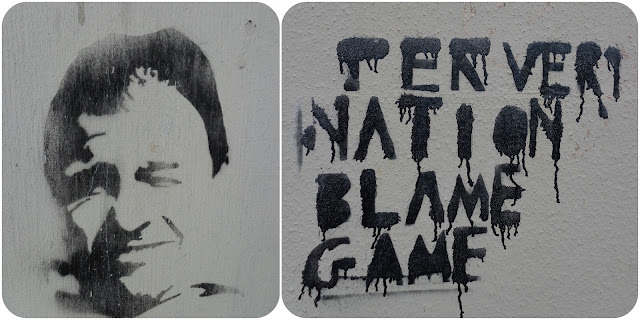 Doveridge Place bears a blue plaque, it was once home to the poet Sir Henry Newbolt. 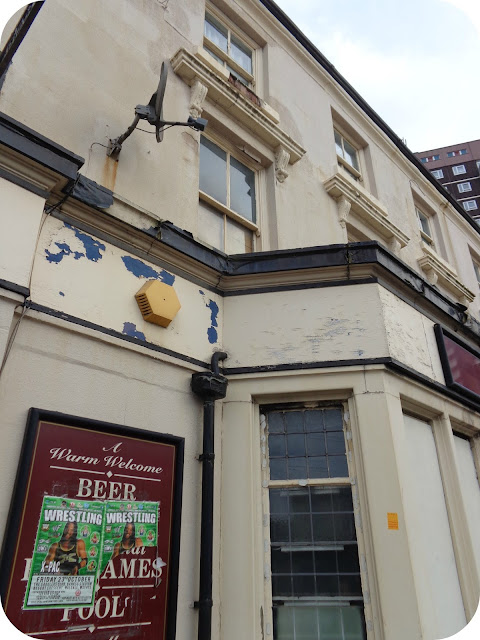 Caldmore used to be filled with busy pubs but, like most of Britain, most are now boarded up and derelict. The Crown & Anchor (above) had a boxing ring upstairs and offered the attraction of catching a fight with your pint. 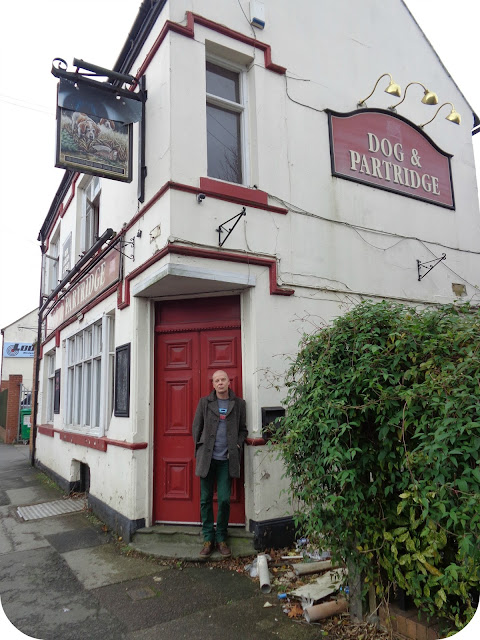 The Dog & Partridge closed down several years ago. 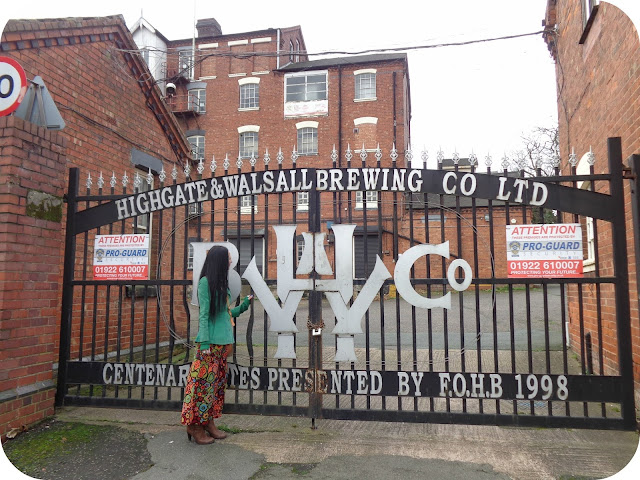 The legendary Highgate Brewery, built in 1898 and nationally famous for its Highgate Dark Mild (still brewed, just not locally) is also closed, sold to a property developer in 2014 and with no sign of activity since.  I miss the smell of hops. 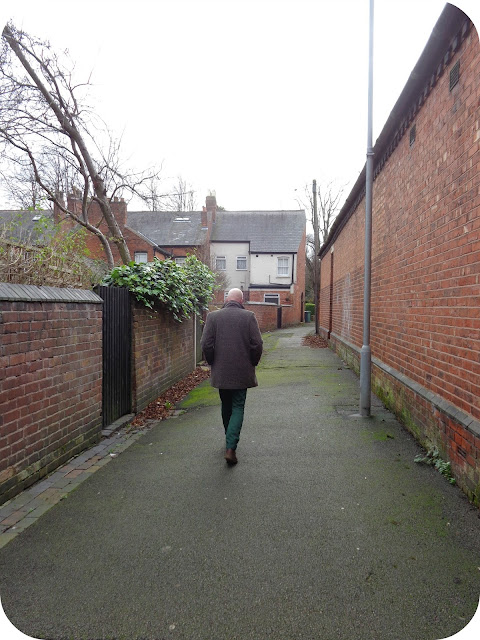 And back home just before the rain started!

Email ThisBlogThis!Share to TwitterShare to FacebookShare to Pinterest
Labels: It's All About Me, Out and About