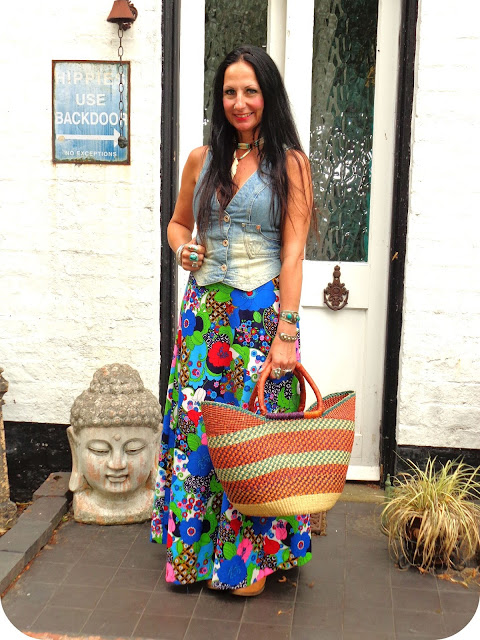 Just lately it feels that we only exist for festivals, by the time we've unloaded the van, washed the beer and glitter from the stock, caught up with our sleep, tidied the house, made amends with the cats & the tortoise then its time to pack up and head off to the next one. This week we were determined to squeeze in a bit of R&R, after the pub, our favourite kind of relaxation, retail therapy!

Firstly it was the return of the midweek car boot sale. We hadn't been to the Wednesday one for a while as it was starting to become tedious, the same old sellers peddling the same tired old tat (foot spas, C List celeb bios, over-washed Primark & H&M tat, fake Prada bags). But after a break of a couple of months and some glorious sunshine we thought we'd make an effort and set the alarm for an early-ish start.

I pounced on these groovy 1960s Heals curtains in minutes, recognising Barbara Brown's style from yards away. During my childhood tea always served on her Focus dinner service by Midwinter, my parents received it as a wedding gift in 1966 , I still use a few of the pieces still survive, 49 years on. 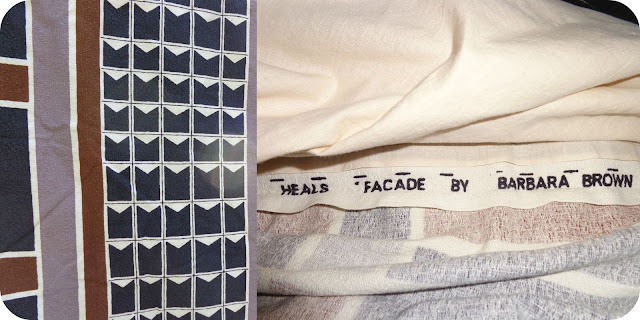 I'd love to hang these up at our windows but dislike curtains that aren't floor length, so I'll probably knock up a funky maxi length waistcoat or a dress but not tea towels like the seller (the son of the 88 year old lady who'd owned them from new) suggested. 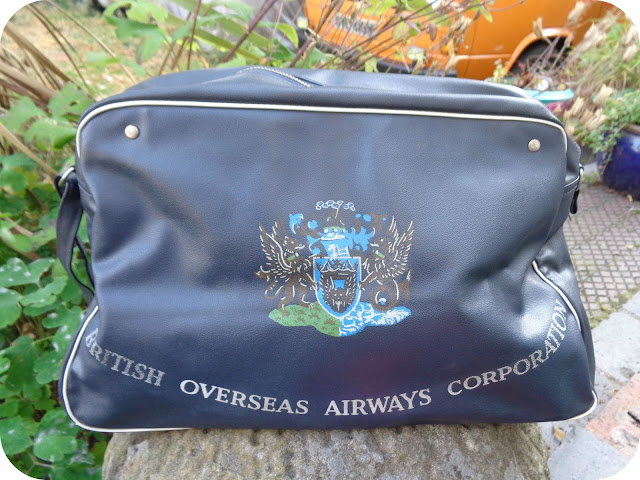 I do love a retro flight bag. BOAC became British Airways in 1974. 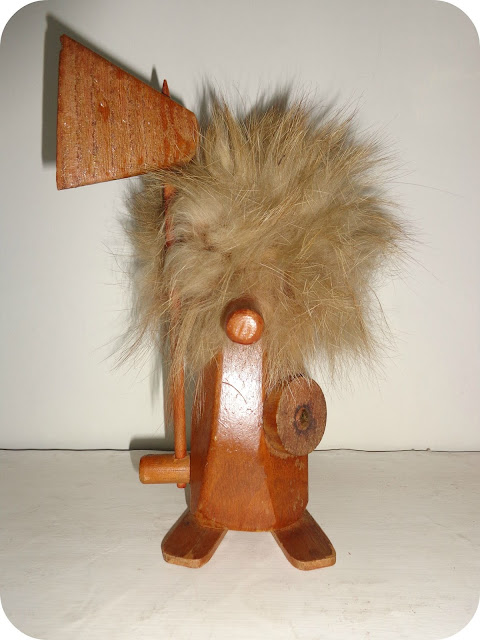 There were a pair of these 1950s wooden Vikings, his brother had lost his weapon but the seller threw him in for free. 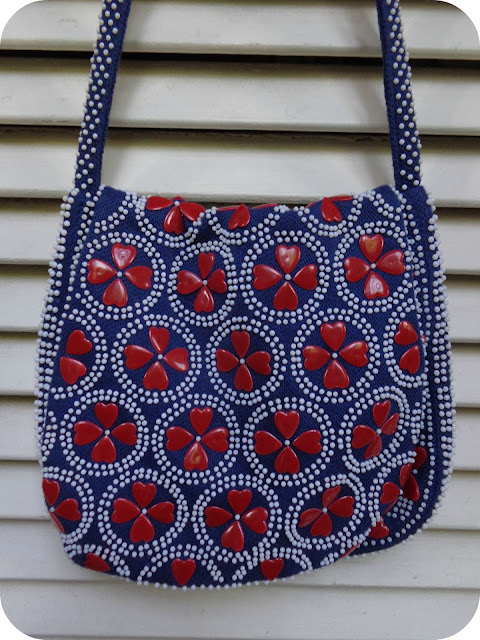 I love a Hong Kong-made beaded bag, they remind me of the purses I used to take my dinner money to school in back in the early 1970s. I hadn't seen one in this style before. 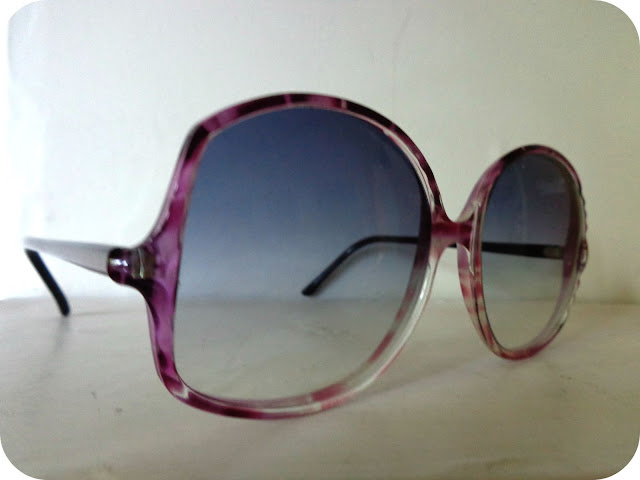 Massive vintage sunnies to add to my collection. 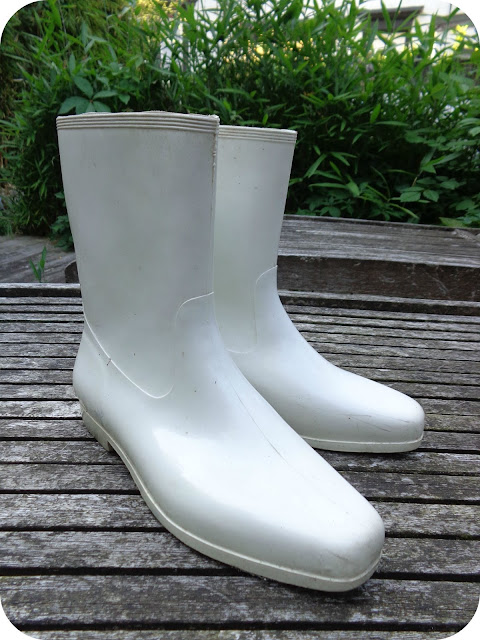 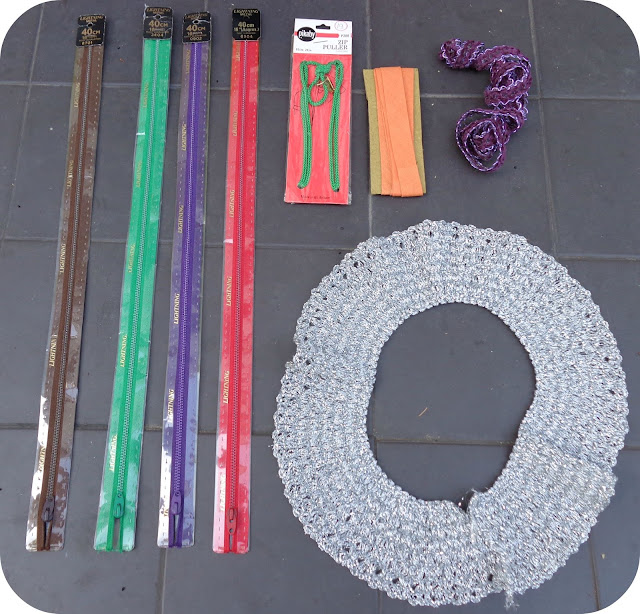 I can't resist a box of sewing notions. The zip puller is brilliant for an arthritic old crock like me who occasionally needs help getting dressed.

I'm not a fan of dainty vintage china but these 1950s Arthur Meakin Mexican cactus plates were too cool to pass up.

Most charity shops price their scarves for more than we sell them for so I always pounce on any I see at car boot sales. When the stall holder told me that they were vintage and that one had a Paris maker's label I began to think she was going to ask a fortune but no, she even chucked a couple more in for free. 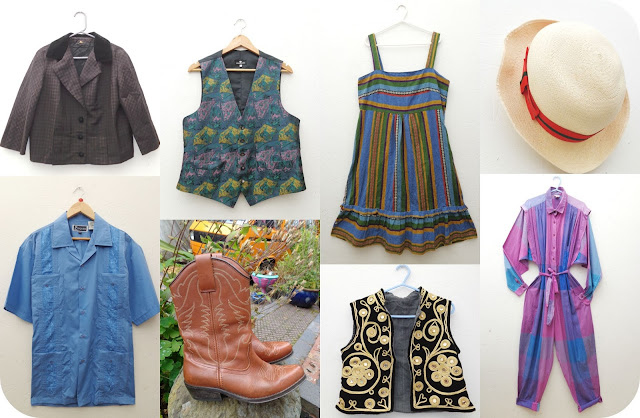 
No rest for the wicked! I'm off to pack the van ready for a 7 am getaway tomorrow.