Vintage in the City - Kinky Does Manchester 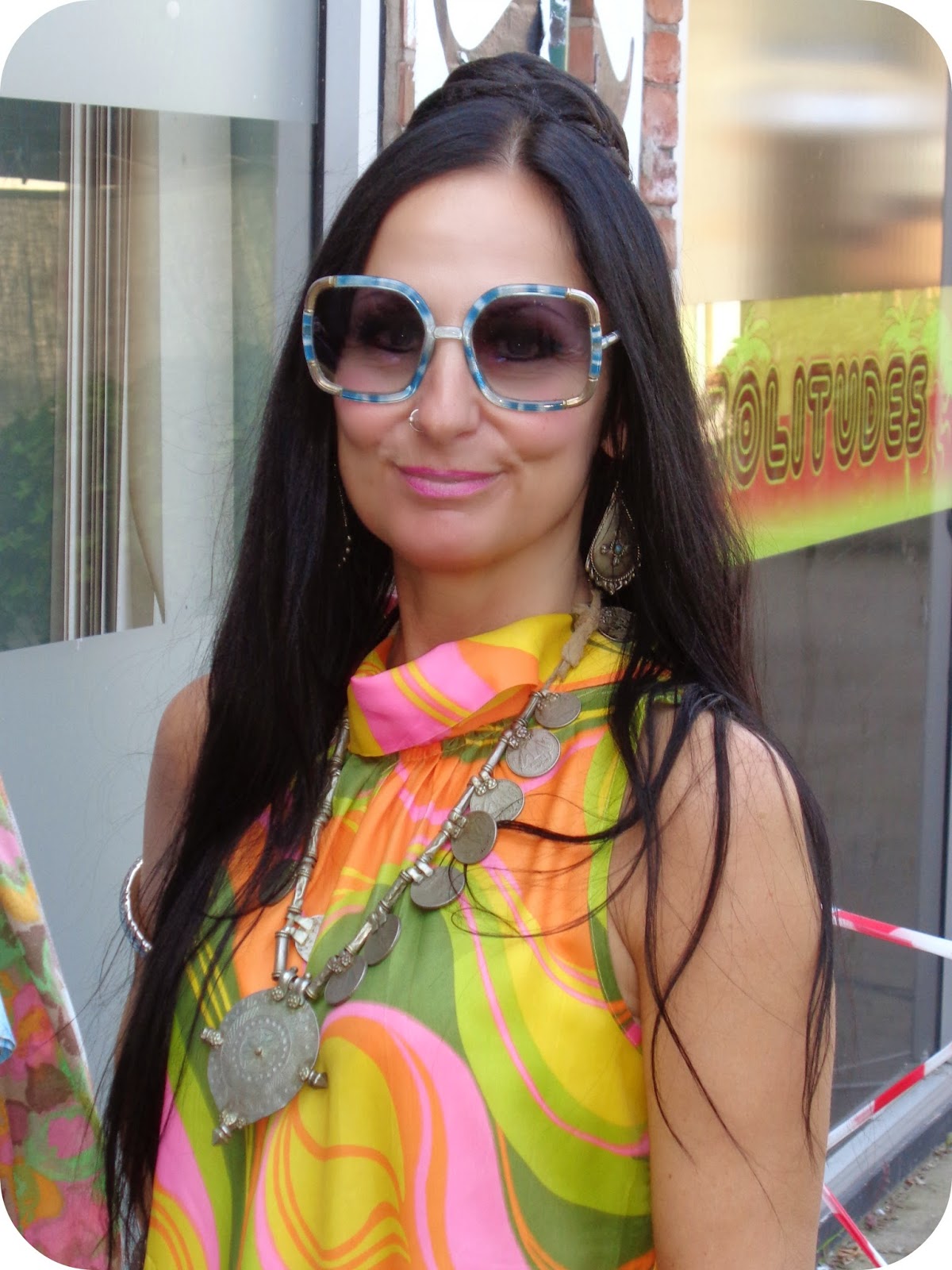 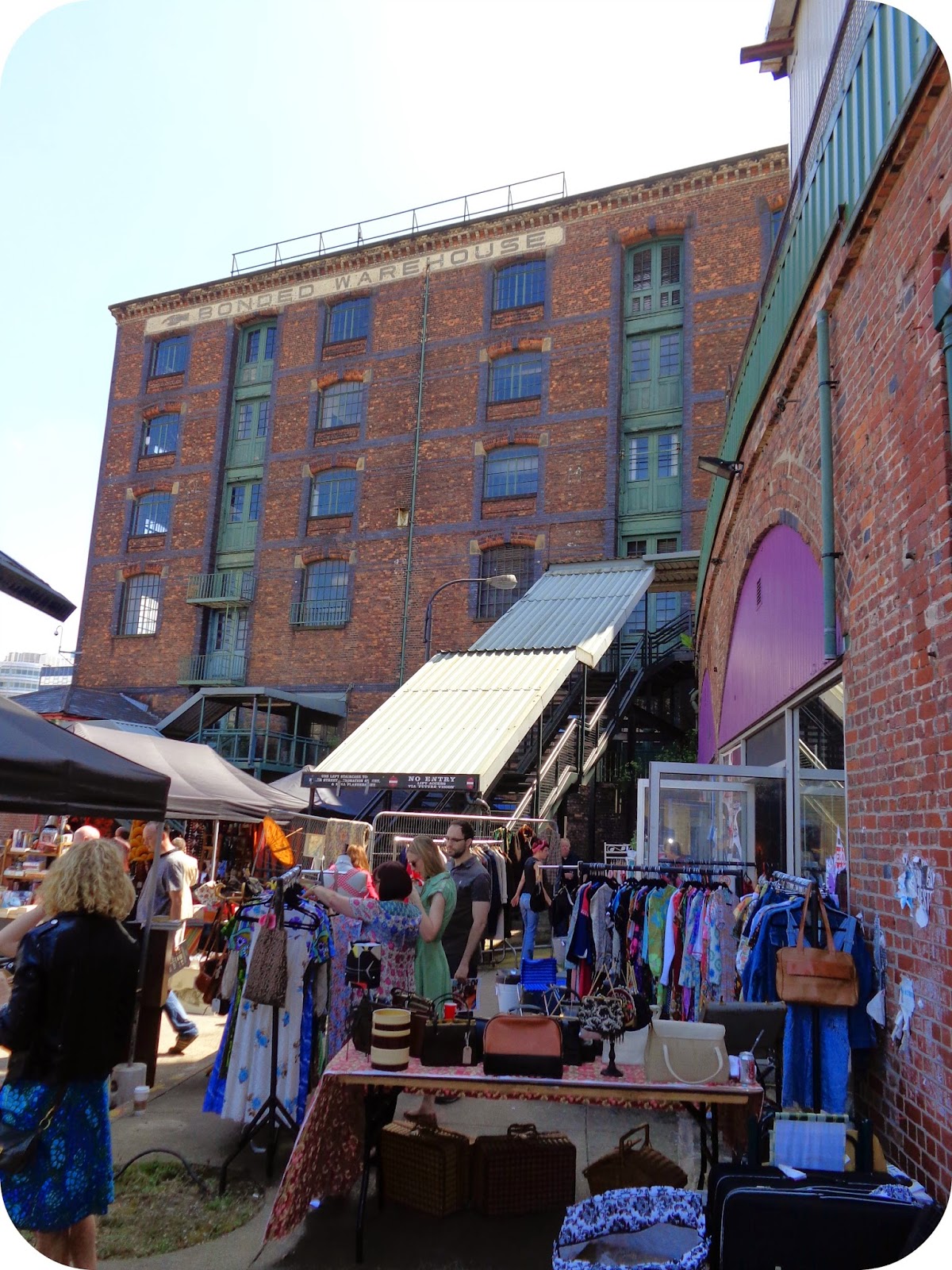 We took advantage of the glorious weather by dragging our wares outside into the sunshine. 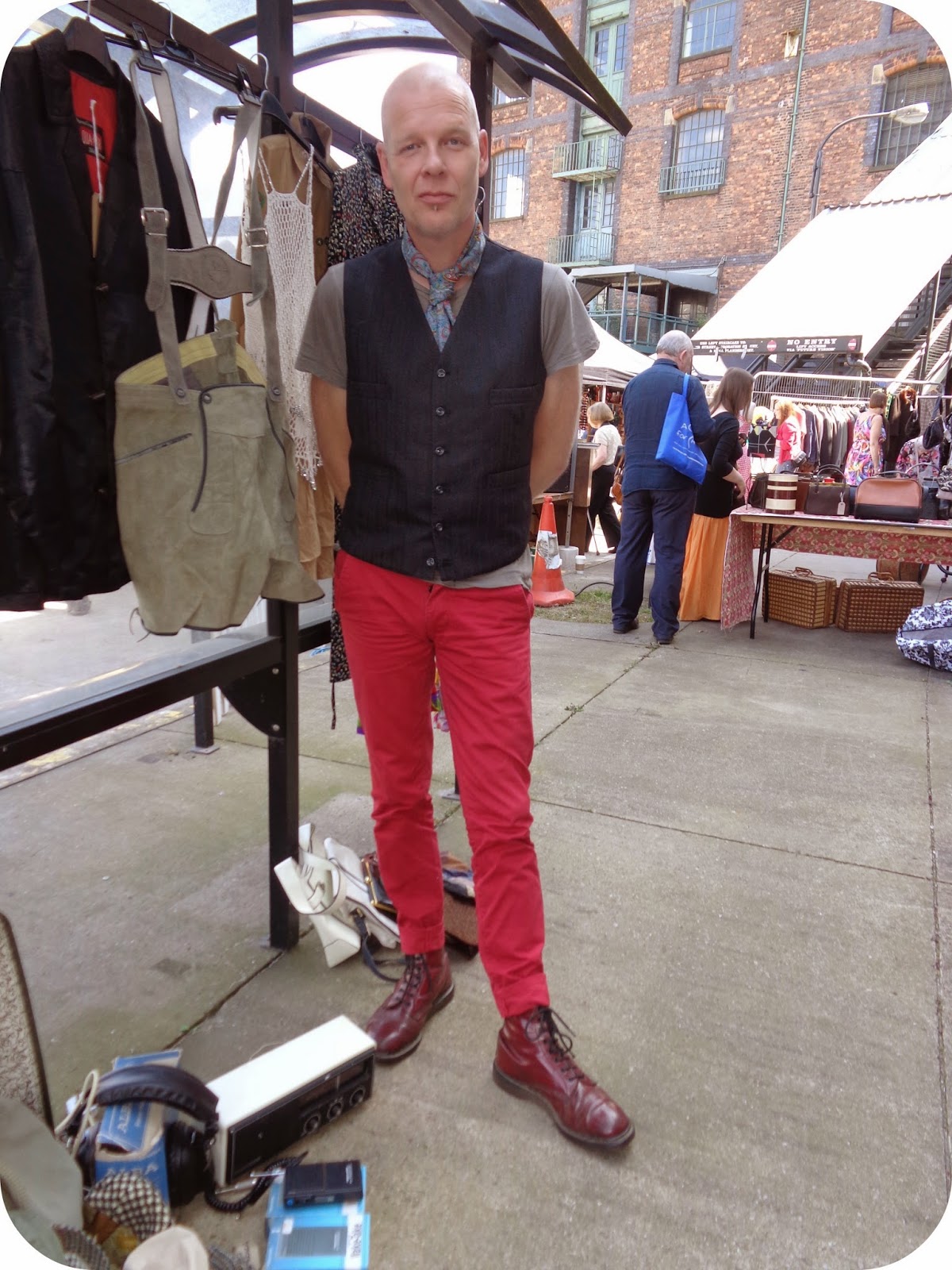 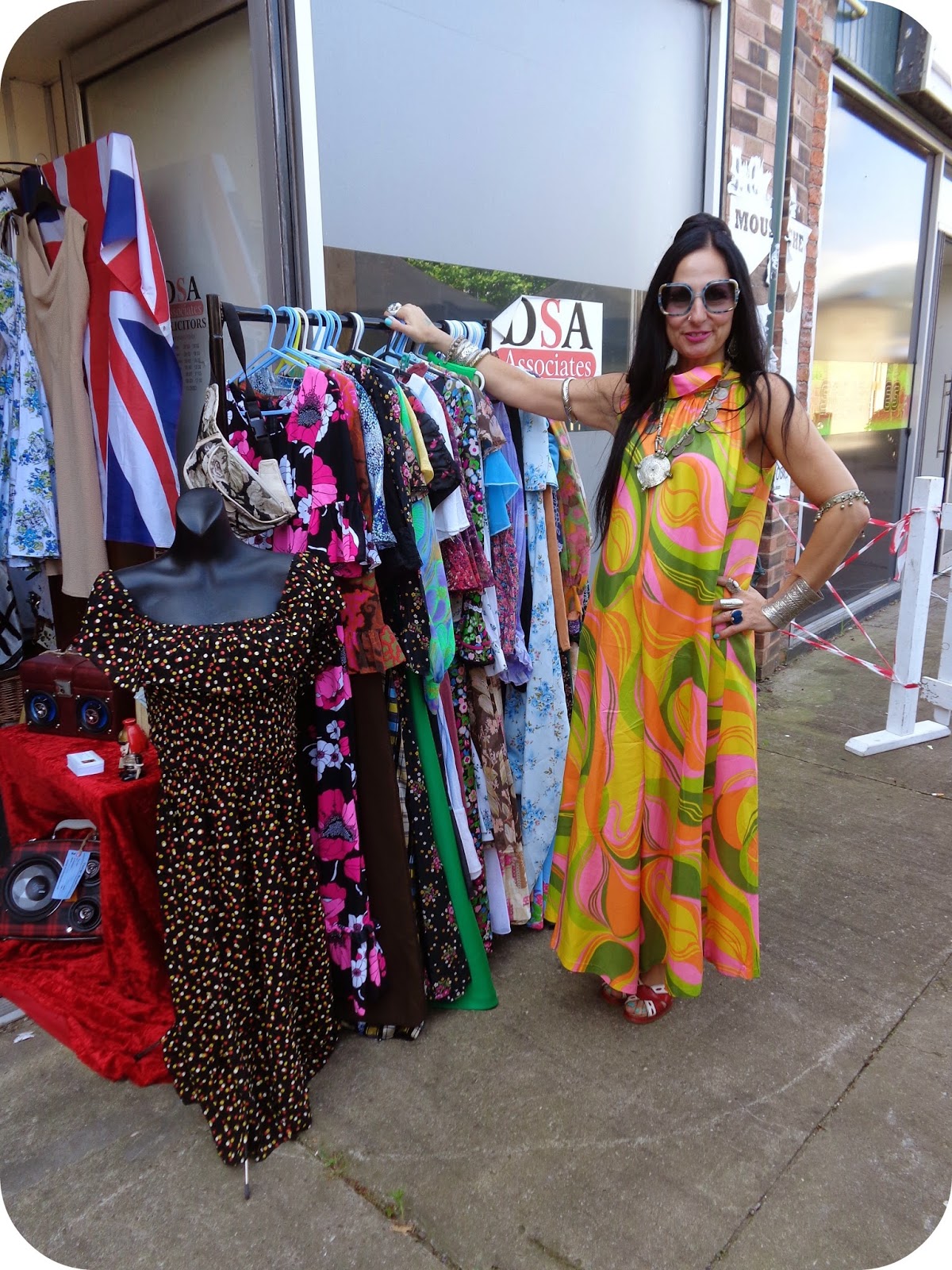 I wore a 1960s psychedelic culotte dress from Janne's Vintage, topped with a pile of Indian tribal jewellery, 1970s Ted Lapidus sunglasses (from a chazza) and some original red leather wedges from Clare. 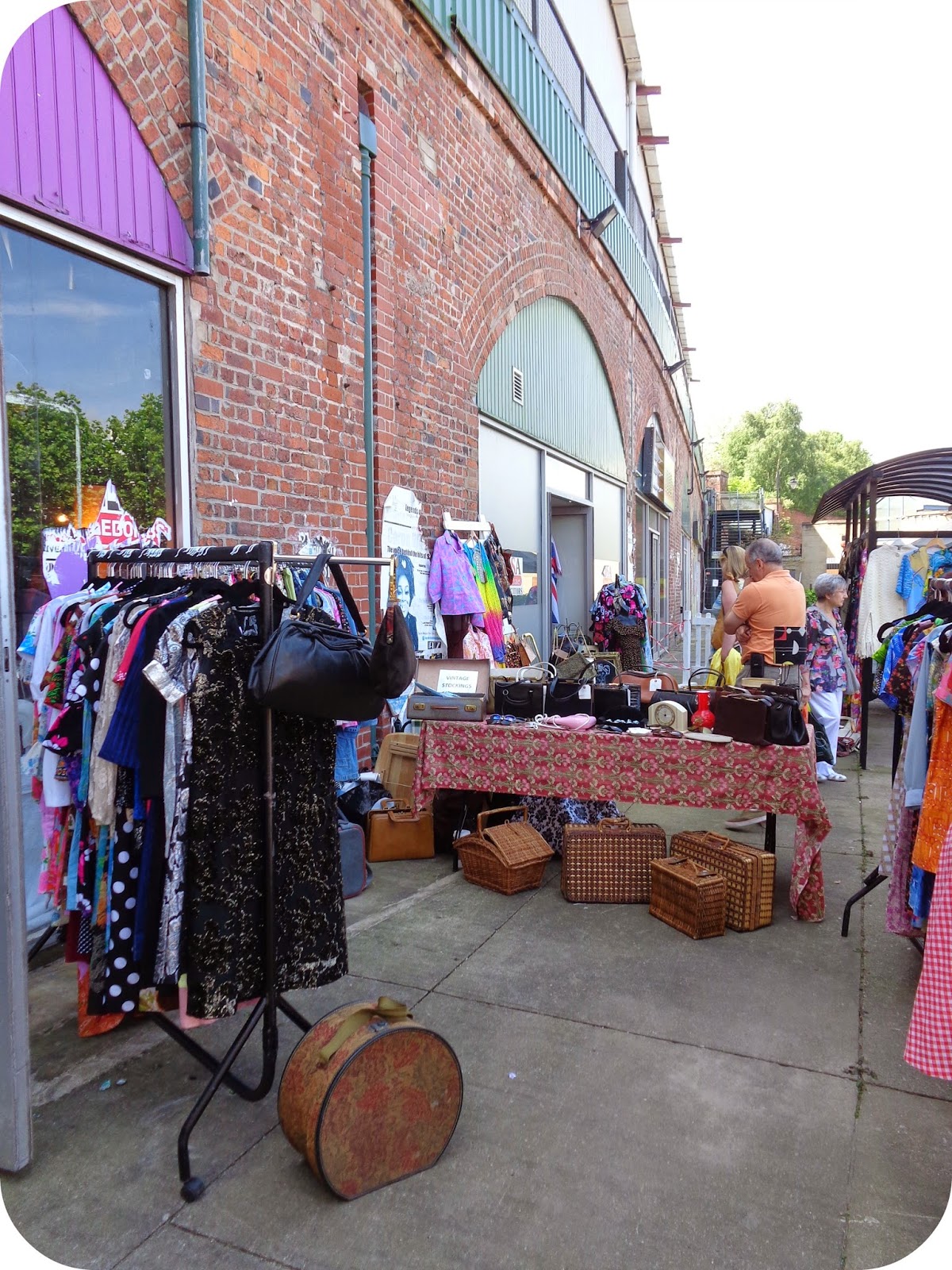 Its only the second Vintage Village @  the Old Granada Studios, run by the fab duo behind the legendary Stockport market. Yesterday's Manchester Parade and subsequent road closures deterred a few so it wasn't quite as well attended as last time. 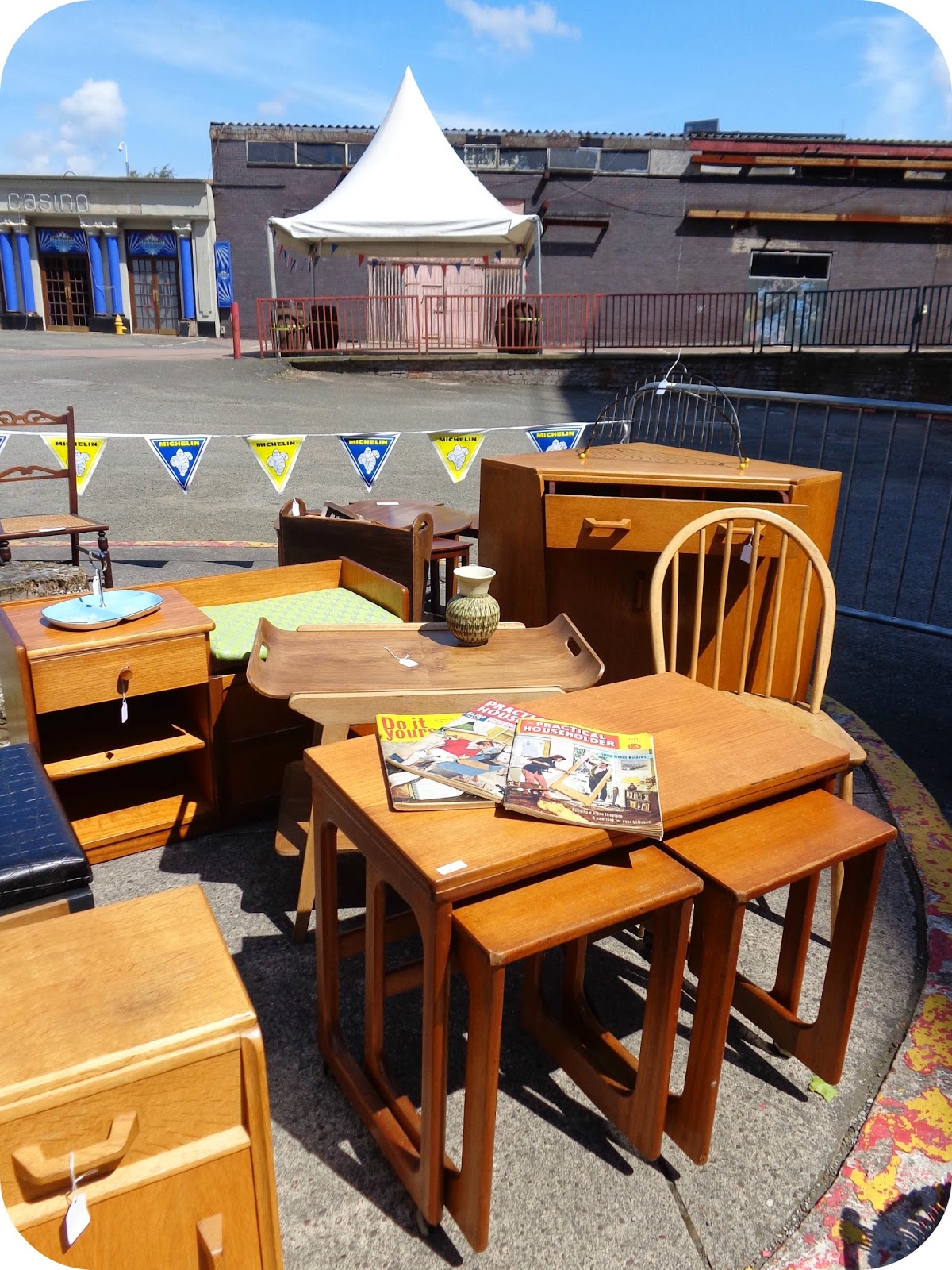 ....and look what they missed!
Check out just a fraction of the amazing TRUE and TOTALLY AUTHENTIC vintage loveliness on offer. 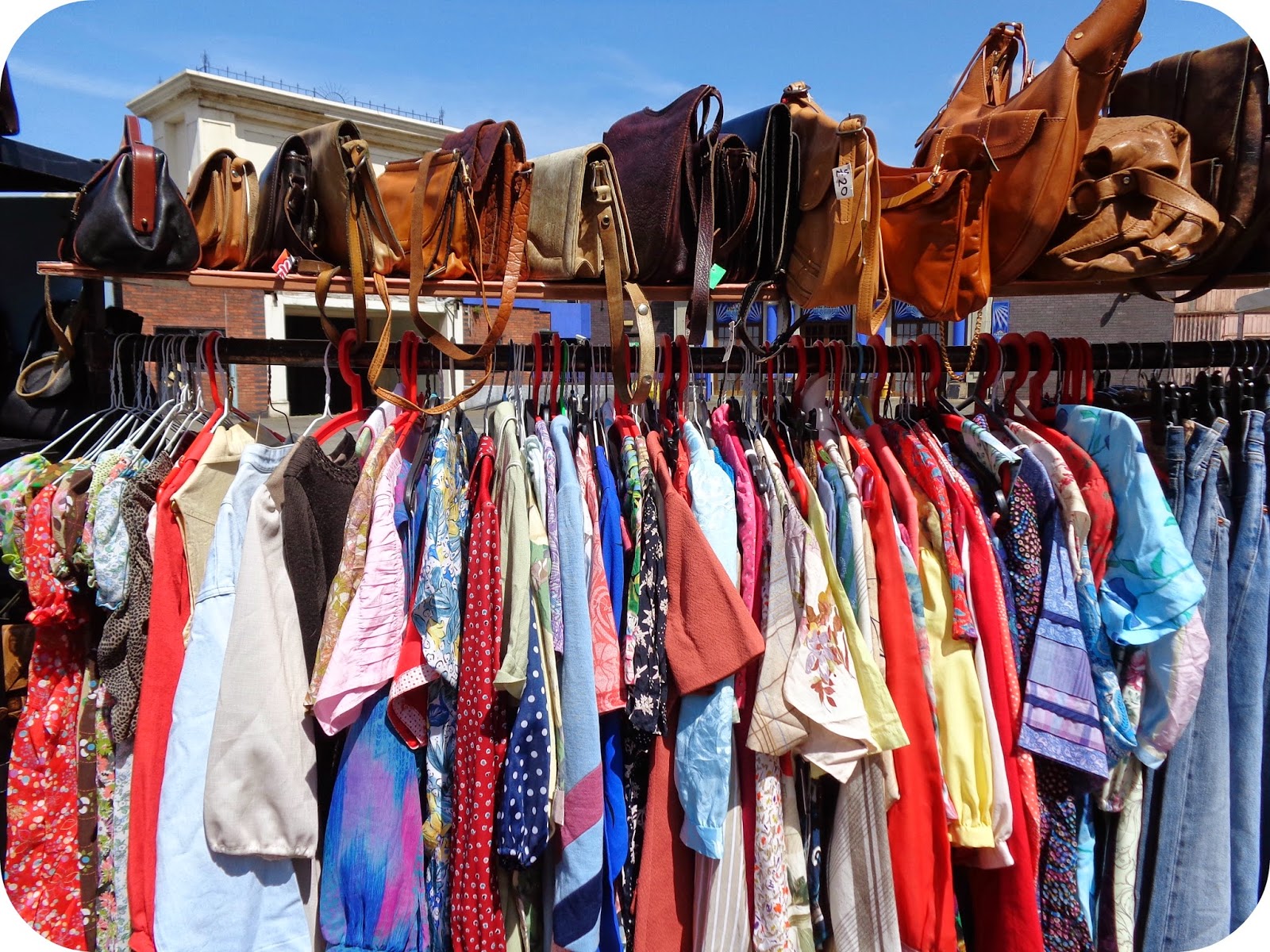 Not a cupcake, fake Fifties frock, Scrabble ring or candle in a vintage china teacup in sight. 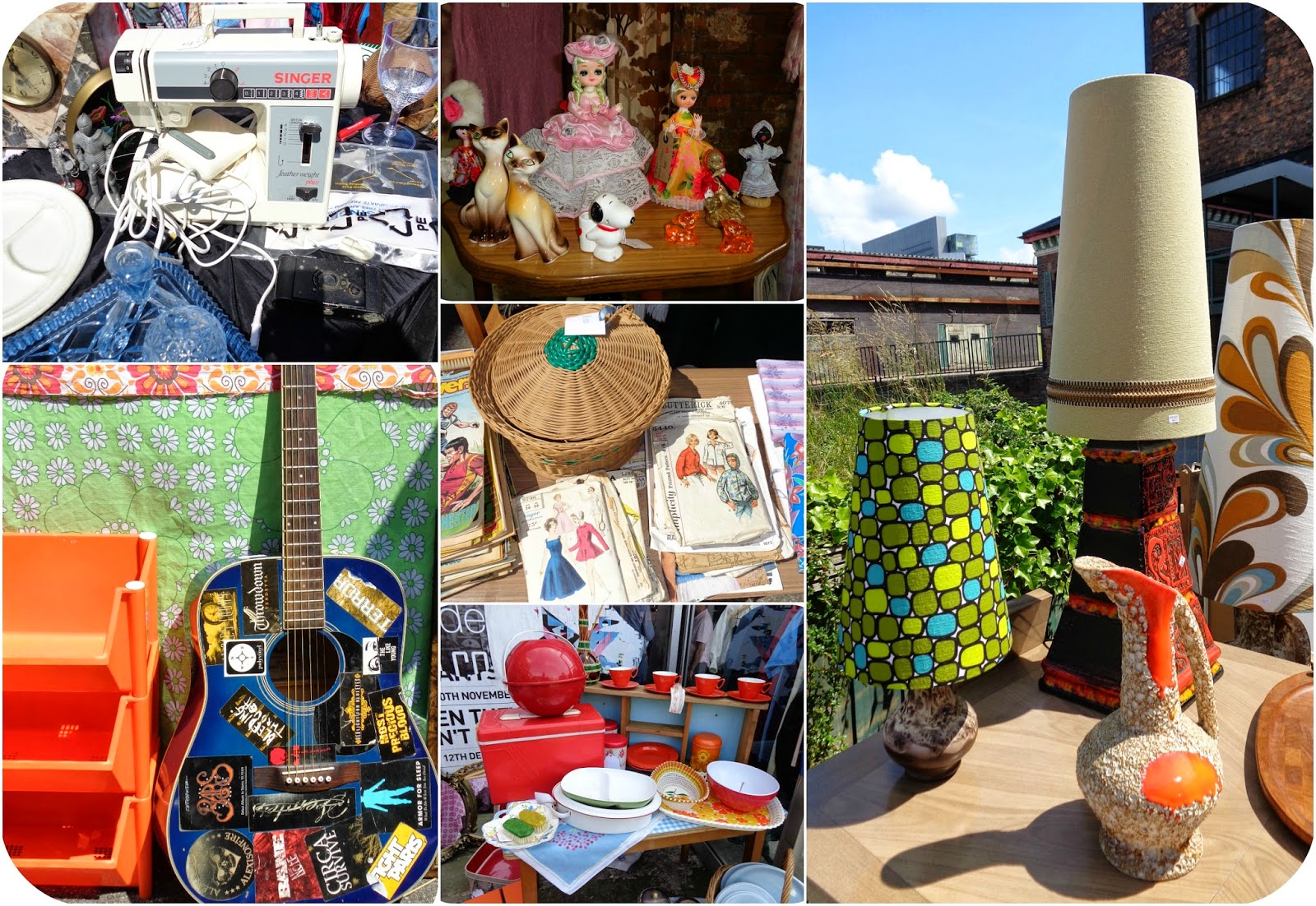 Our vintage Liberty of London pith helmet remains in stock, ready to attend another fair. 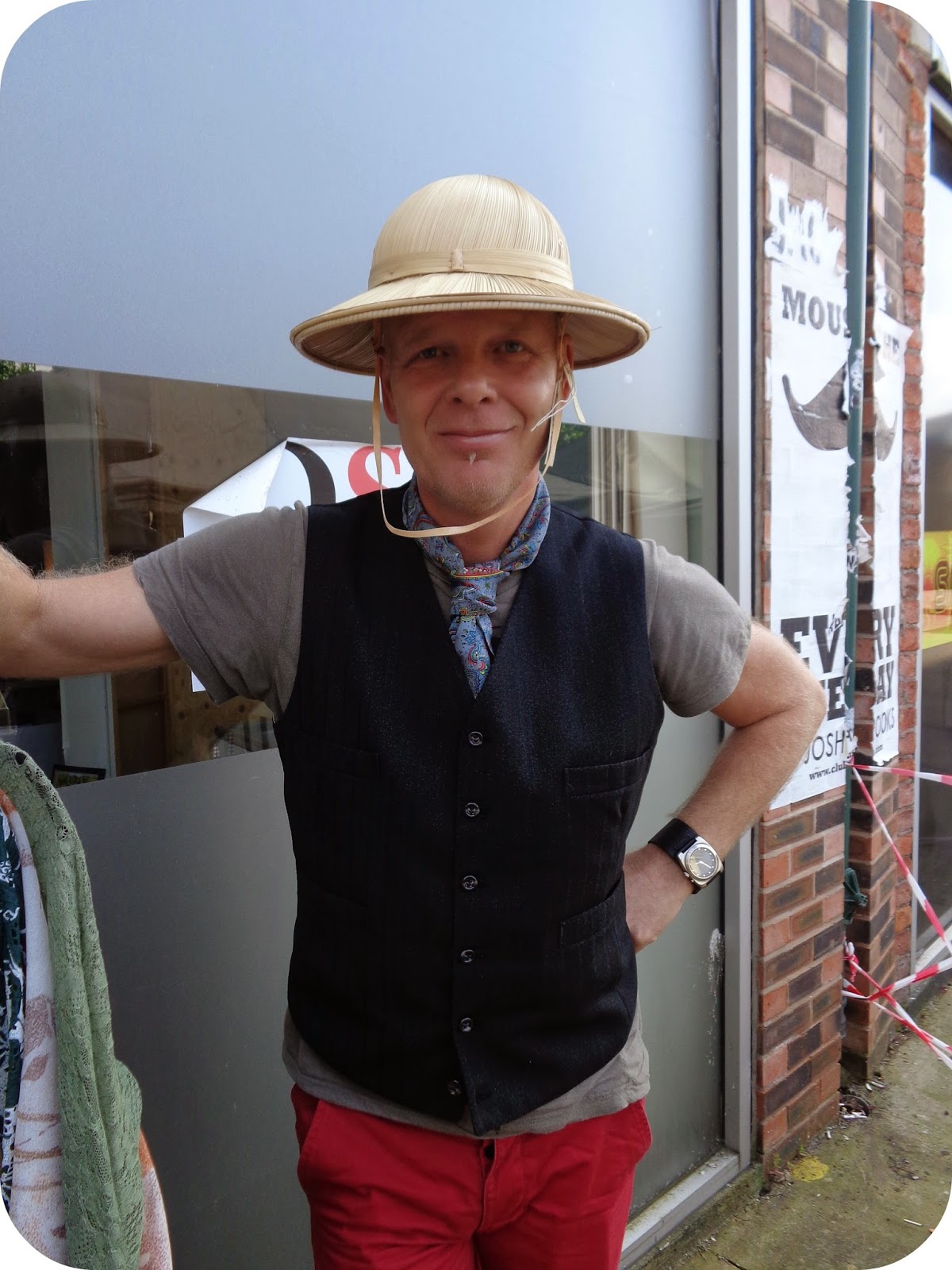 I reckon Jon should keep it, its a good look. 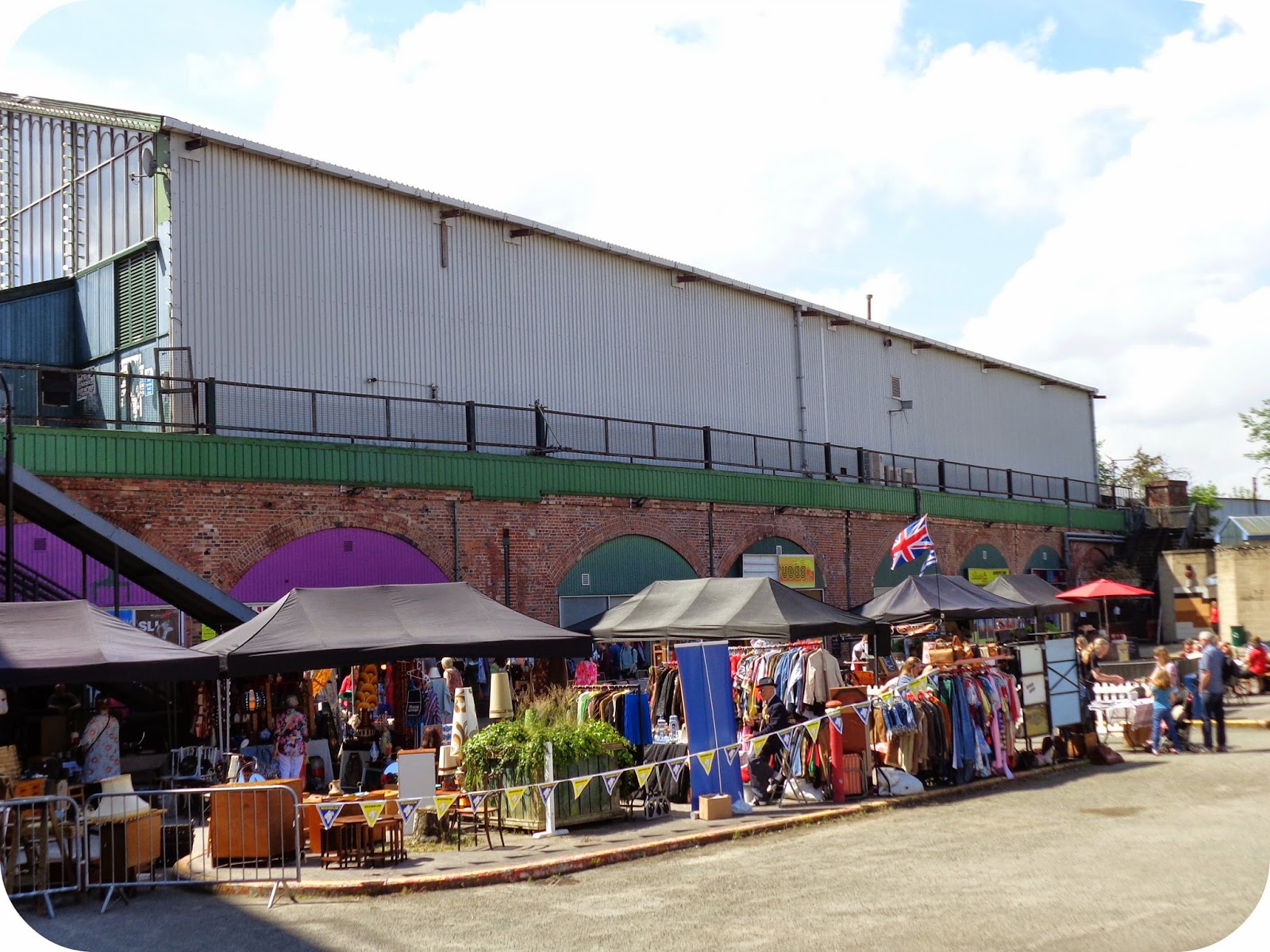 The smiley beer seller was a welcome neighbour, tempting us with some wonderfully hoppy IPA. 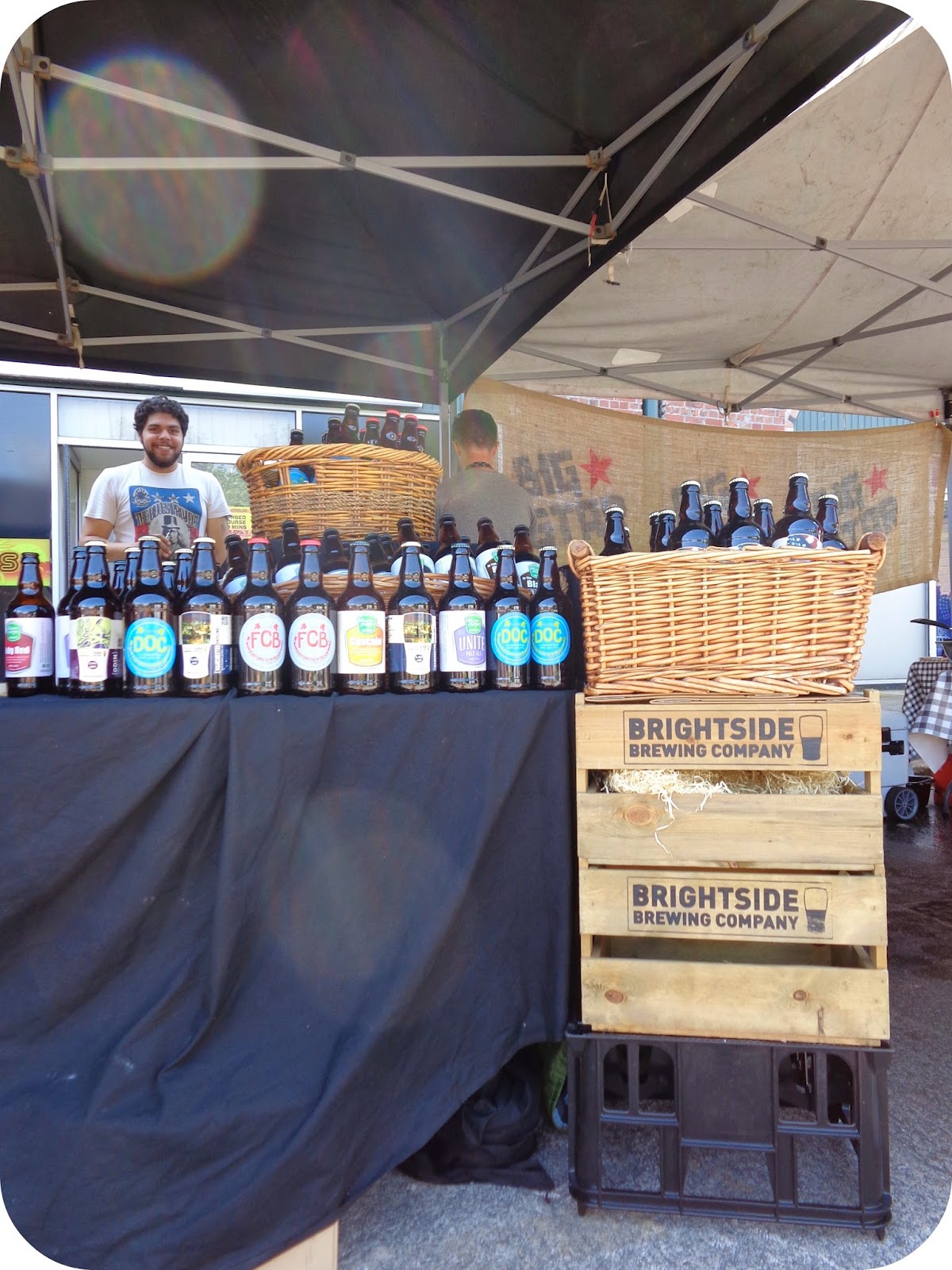 As a child I was an avid Coronation Street viewer, being allowed to stay up until 8pm on a Monday and Wednesday was a special treat. I haven't watched it for at least 30 years so the set wasn't familiar to me. 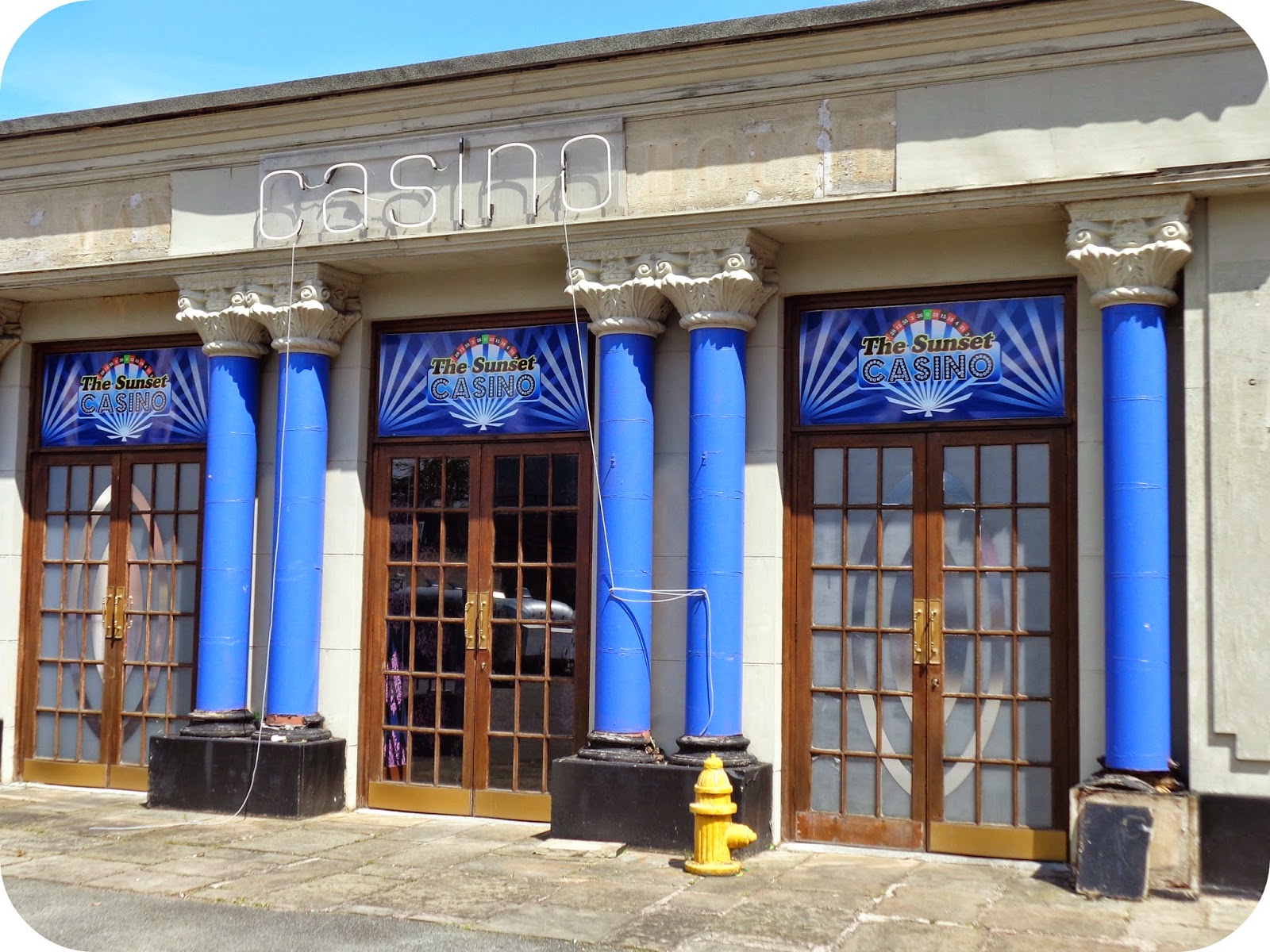 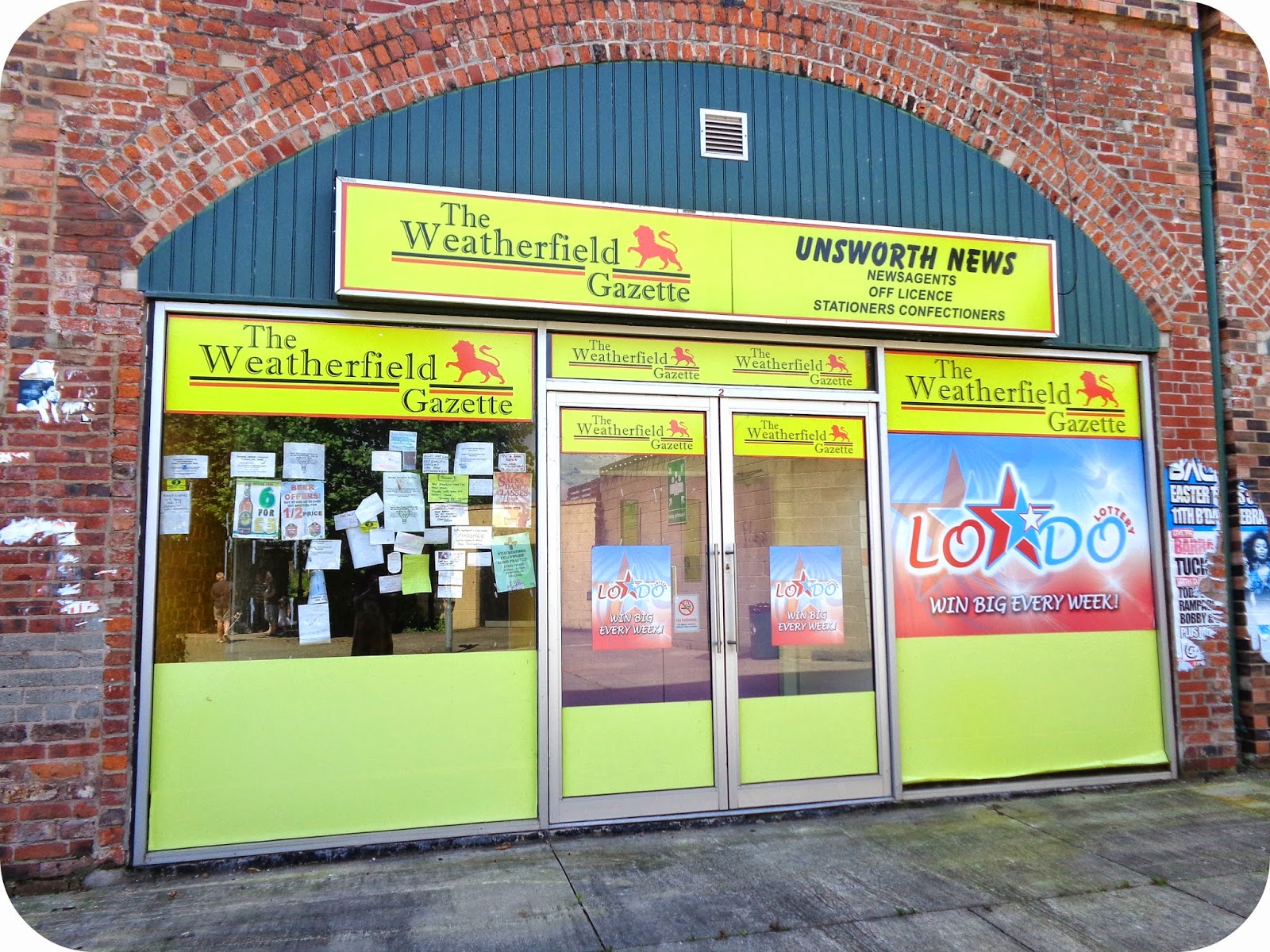 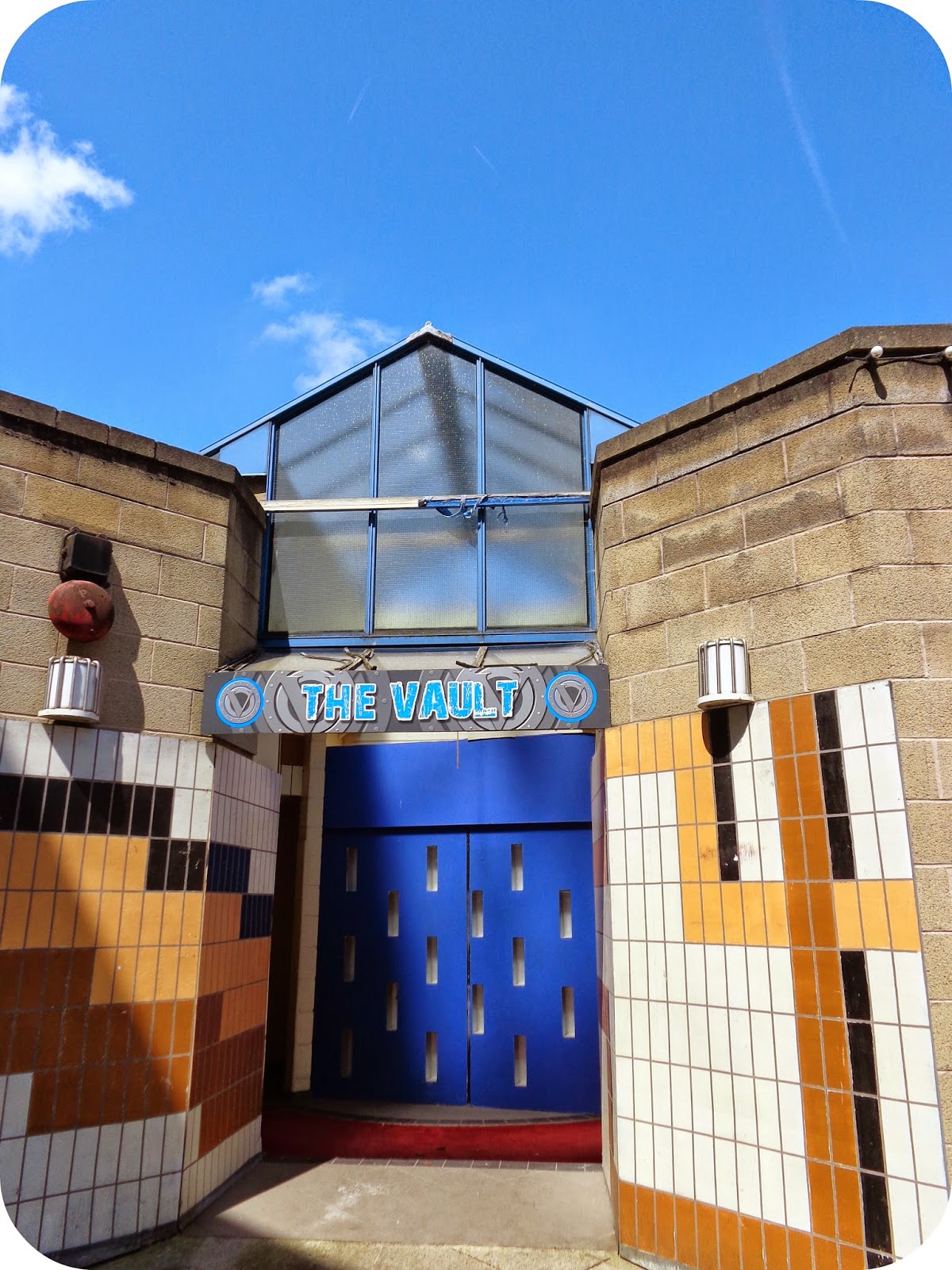 It was fun using the seedy nightclub loos. 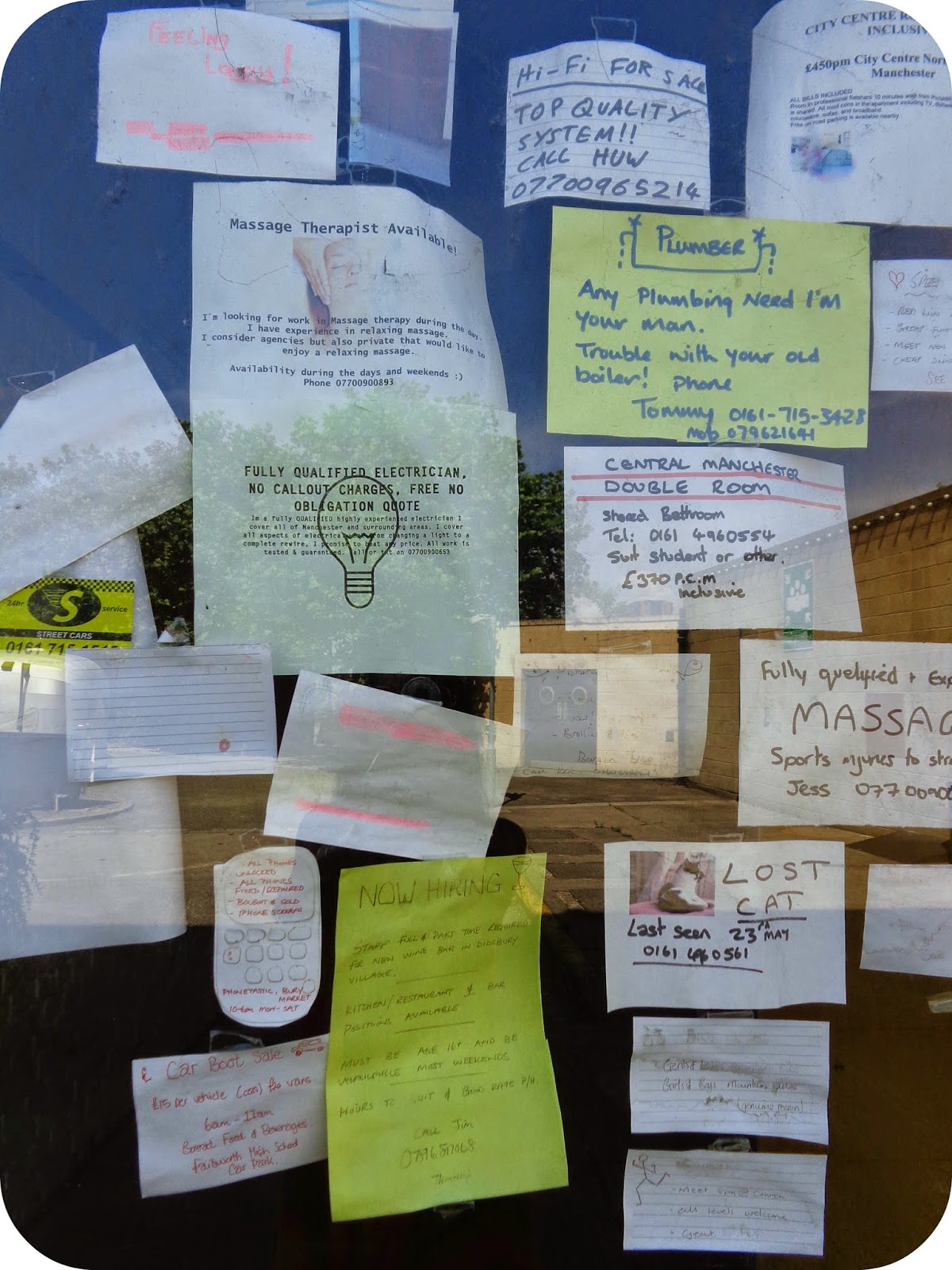 But unfamiliar or not I loved the location, and despite a slow start, sales turned out to be very healthy in the end. The good folk of Manchester certainly love their vintage clobber. We'll be back! 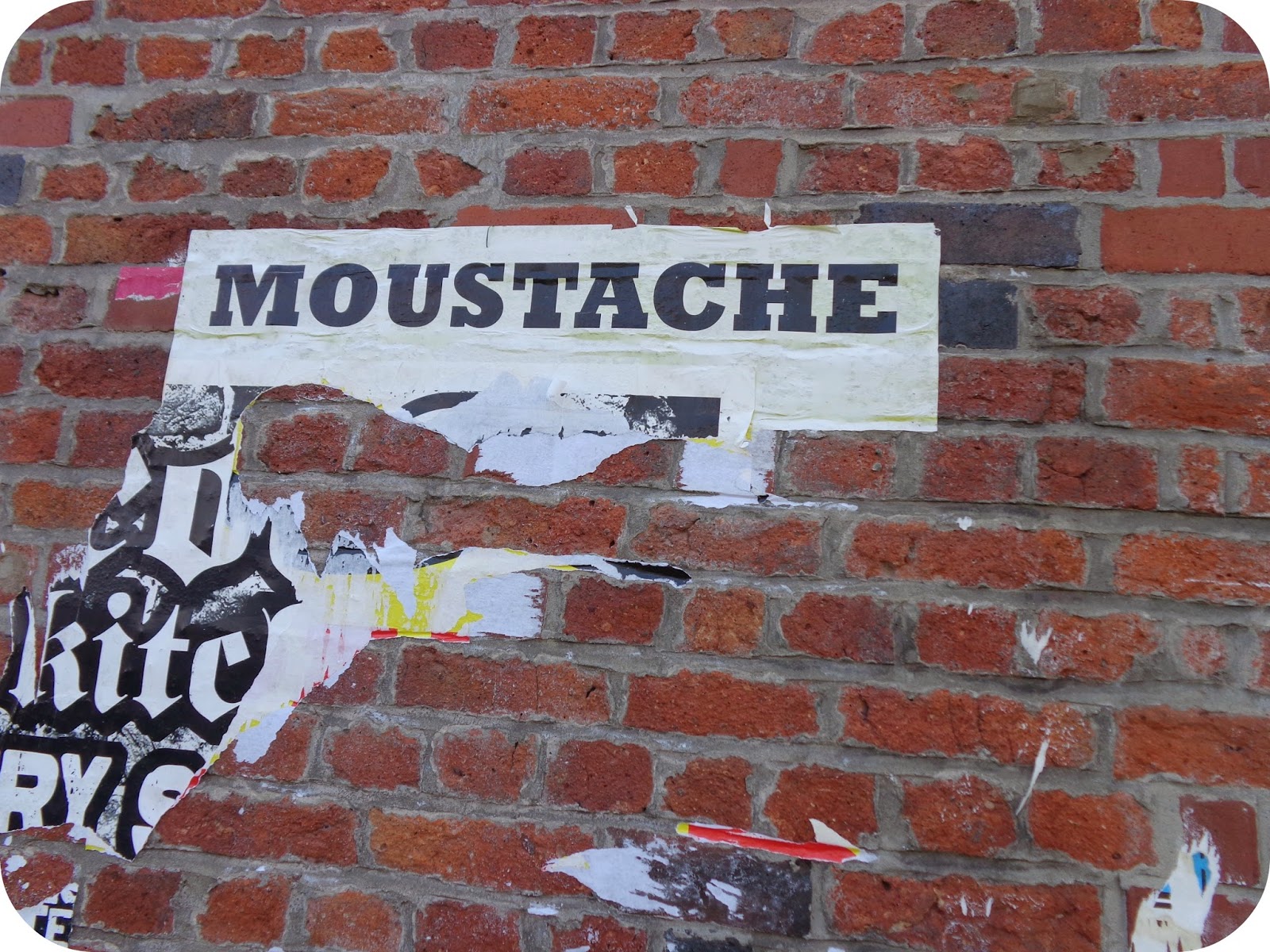 Vintage Village at the Old Granada Studios is from 11 - 5 on the fourth Sunday of each month - get yourself there, eat street food, drink ale and treat yourself some of the best hand-picked (and very reasonably priced) vintage in the land. 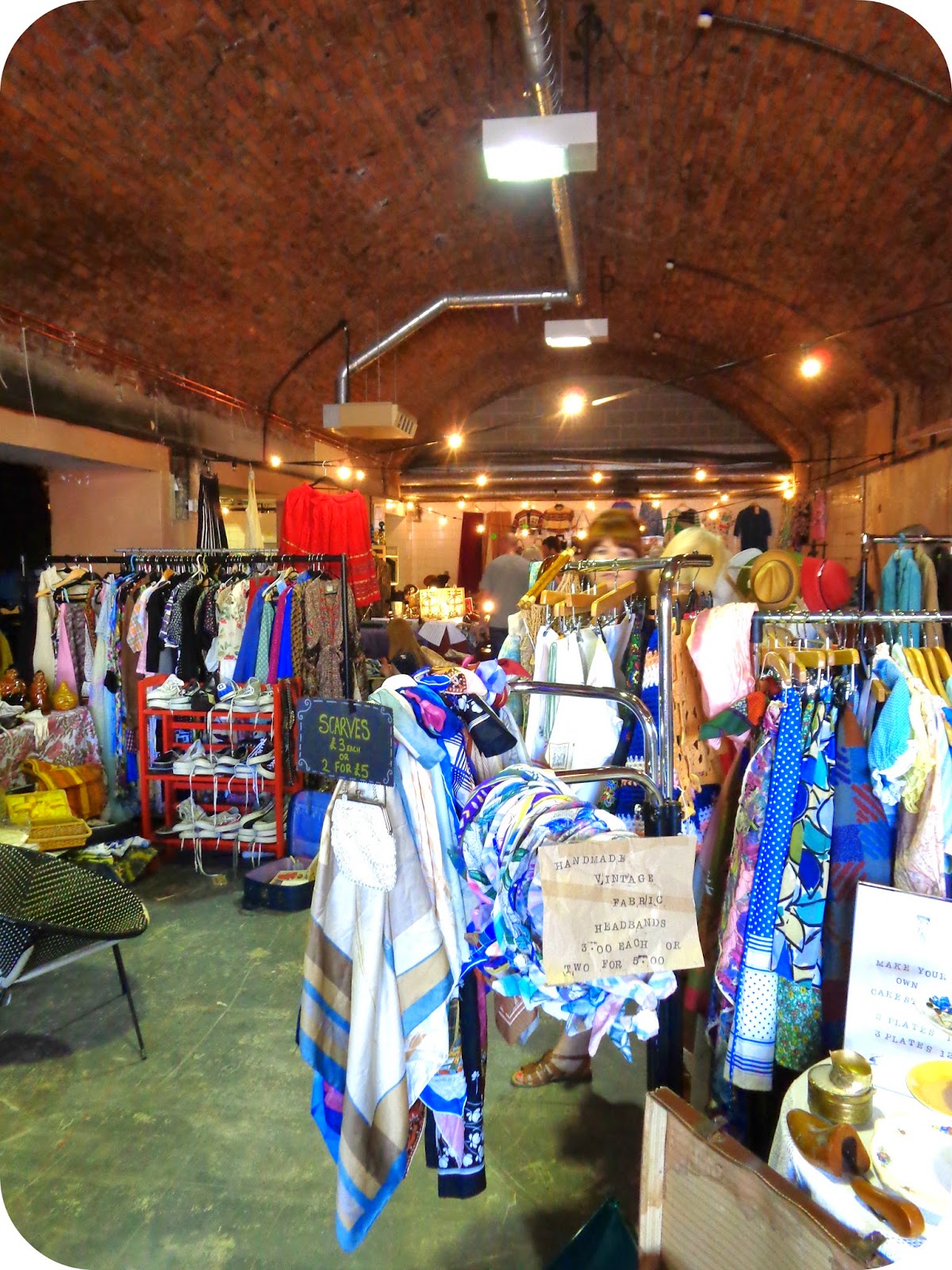 Of course Manchester ain't just about vintage. Its got a bit of a reputation for being home to some of the greatest bands in the world, too (but I am a little biased!) 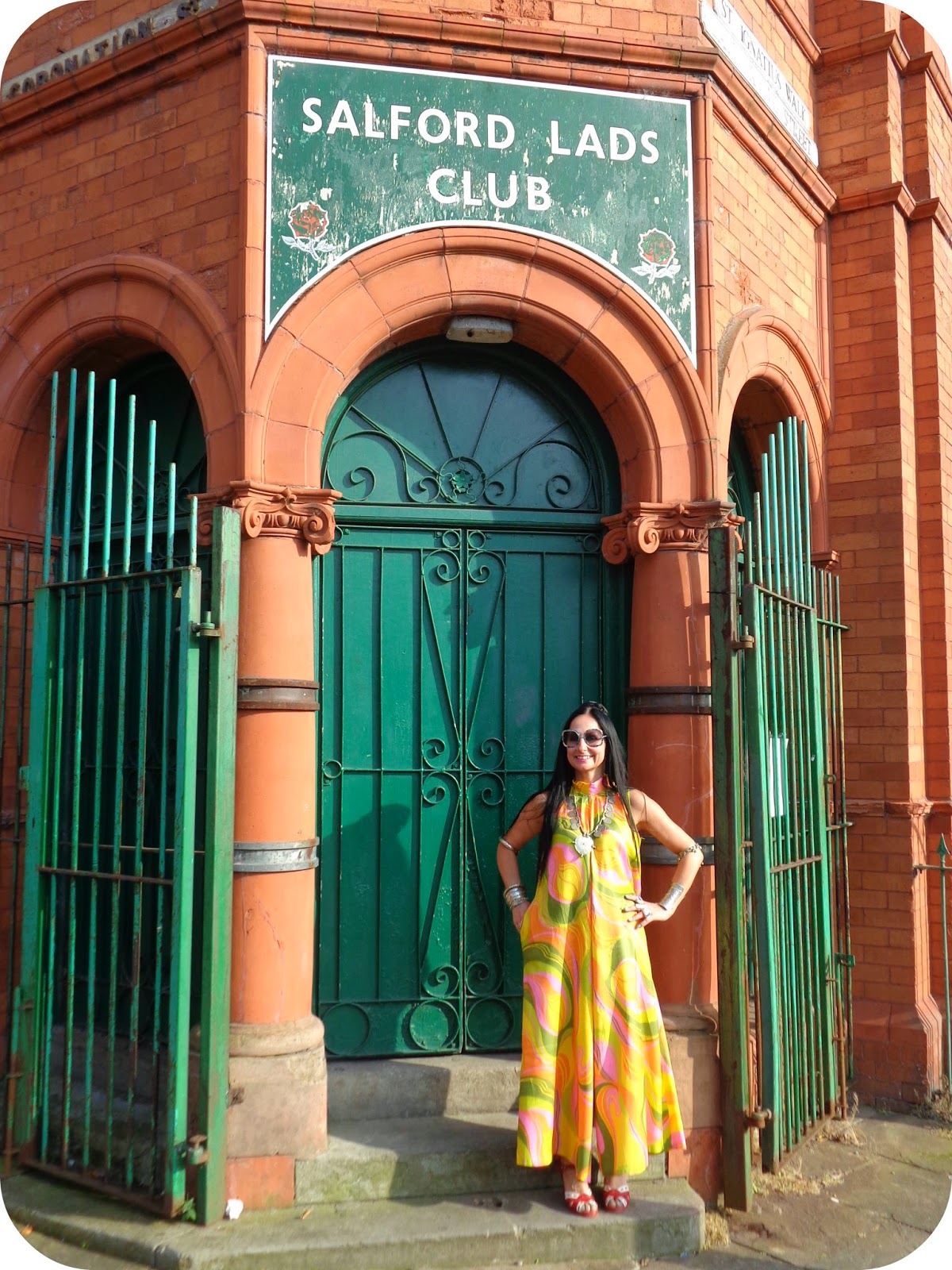 We spotted this iconic landmark on the way (by strange coincidence, situated on the corner of another Coronation Street) and pulled to a screeching halt, abandoning the van and taking a couple of cheesy fan photos, much to the bemusement of a passing resident. 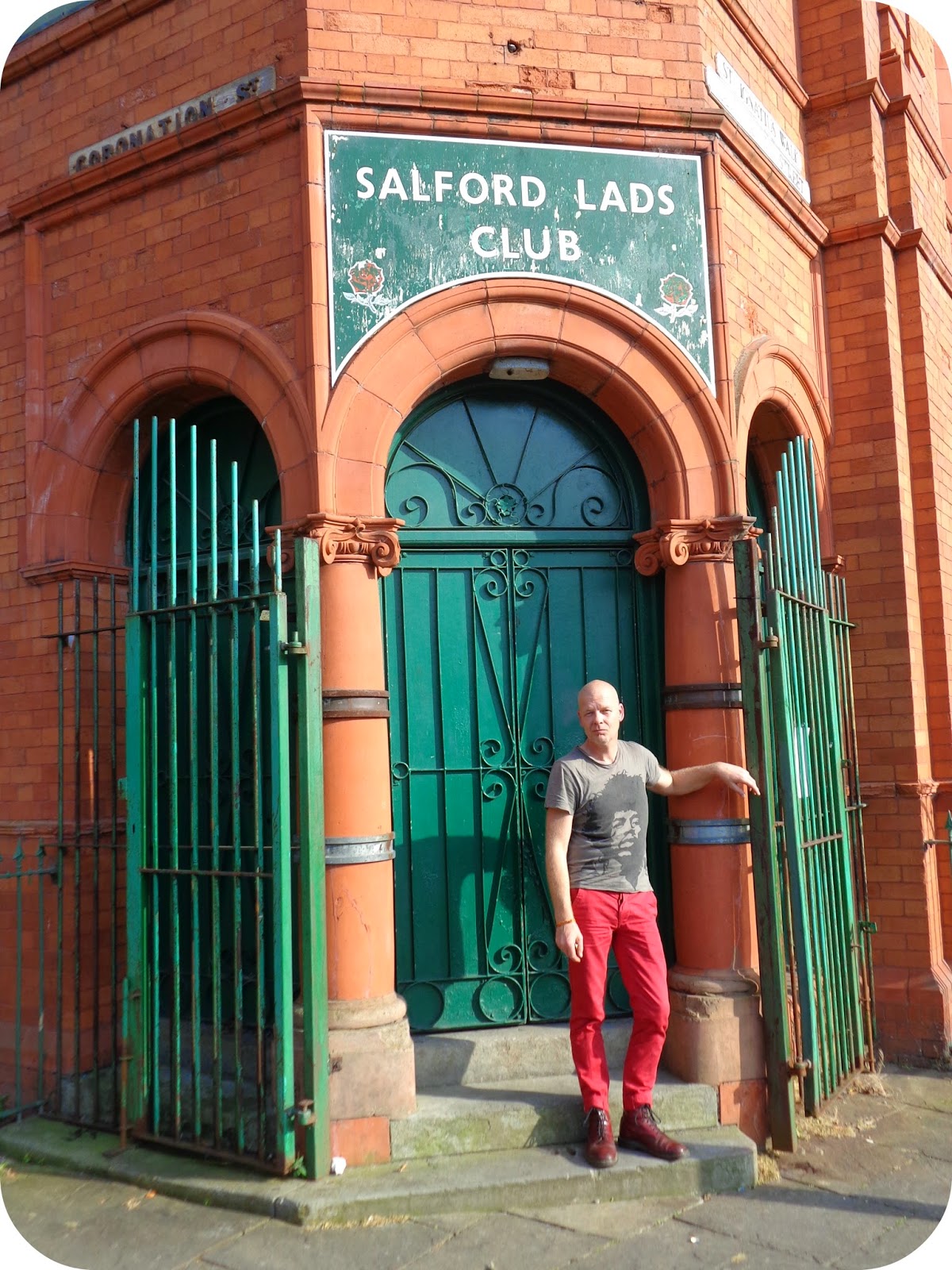 I've owned this promo poster since 1986. My brother laid claim to it after I left home and its hung in his old bedroom over the road ever since. I'm tempted to incorporate into our décor here but how would Morrissey feel about being included on the Wall of Misery?

I'd love to thank you all personally for the overwhelmingly kind texts, comments, emails and Facebook messages of support after my last post. I'm afraid my computer (purchased from discount supermarket chain, Aldi, sometime in the last century) is officially bollocksed broken. I've borrowed Jon's  knackered laptop to post this and its taken effin' hours.

I love you all!

PS: We're off to Glastonbury tomorrow and, as you'd expect, I've a bag rammed with sequins, psychedelia, fake fur, feathers, fringing and a bastard massive amount of jewellery. Rest assured my "vintage persona" will remain intact regardless of living under canvas for a week and not washing. Photos will follow somehow.

Email ThisBlogThis!Share to TwitterShare to FacebookShare to Pinterest
Labels: Jon, Music, Out and About, Outfit, Vintage Fair