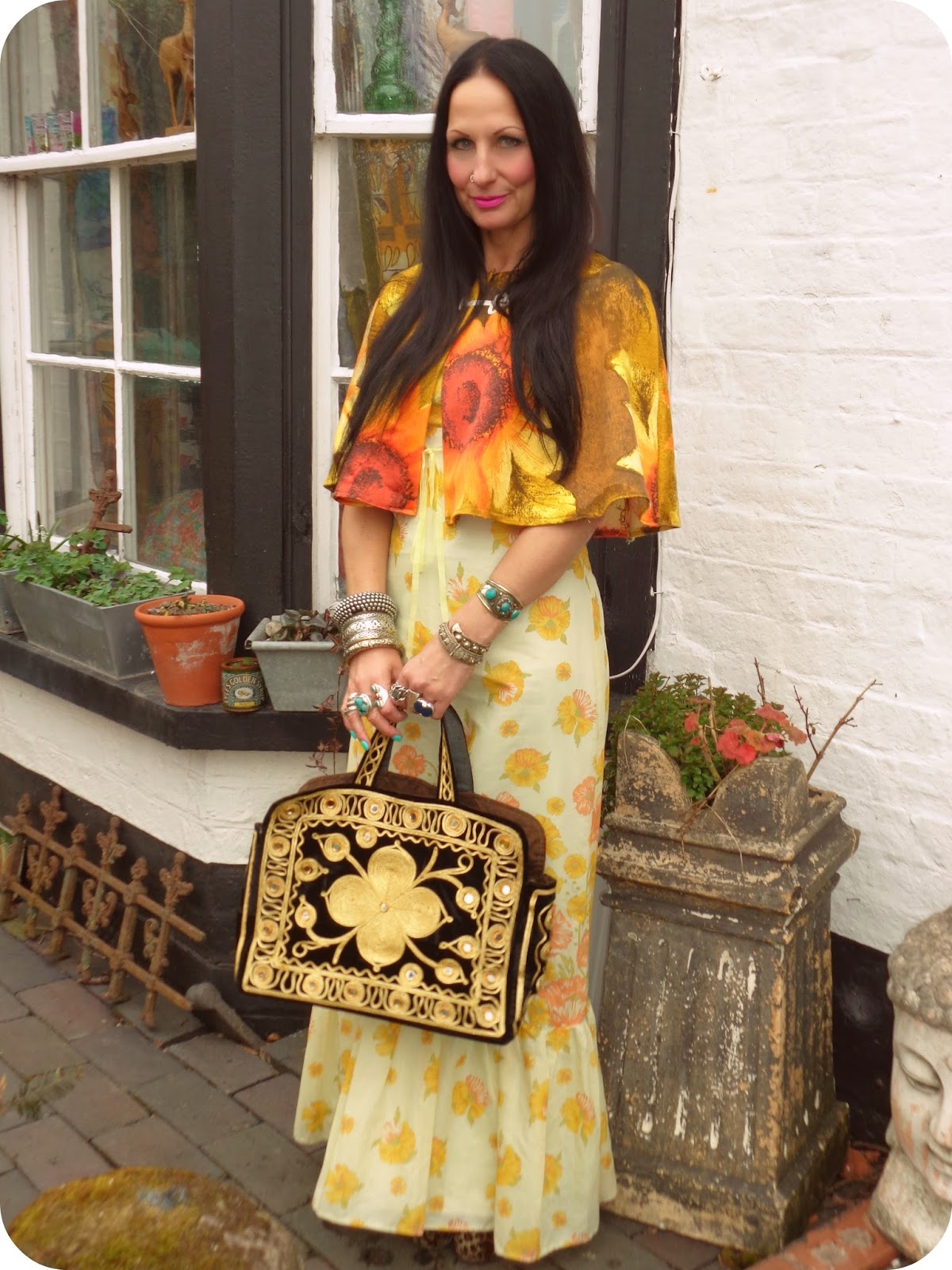 My cape-tain got so much admiration around the chazzas of the Black Country that my head was in danger of exploding. When people compliment my creations without knowing I've sewn them is a massive ego boost. 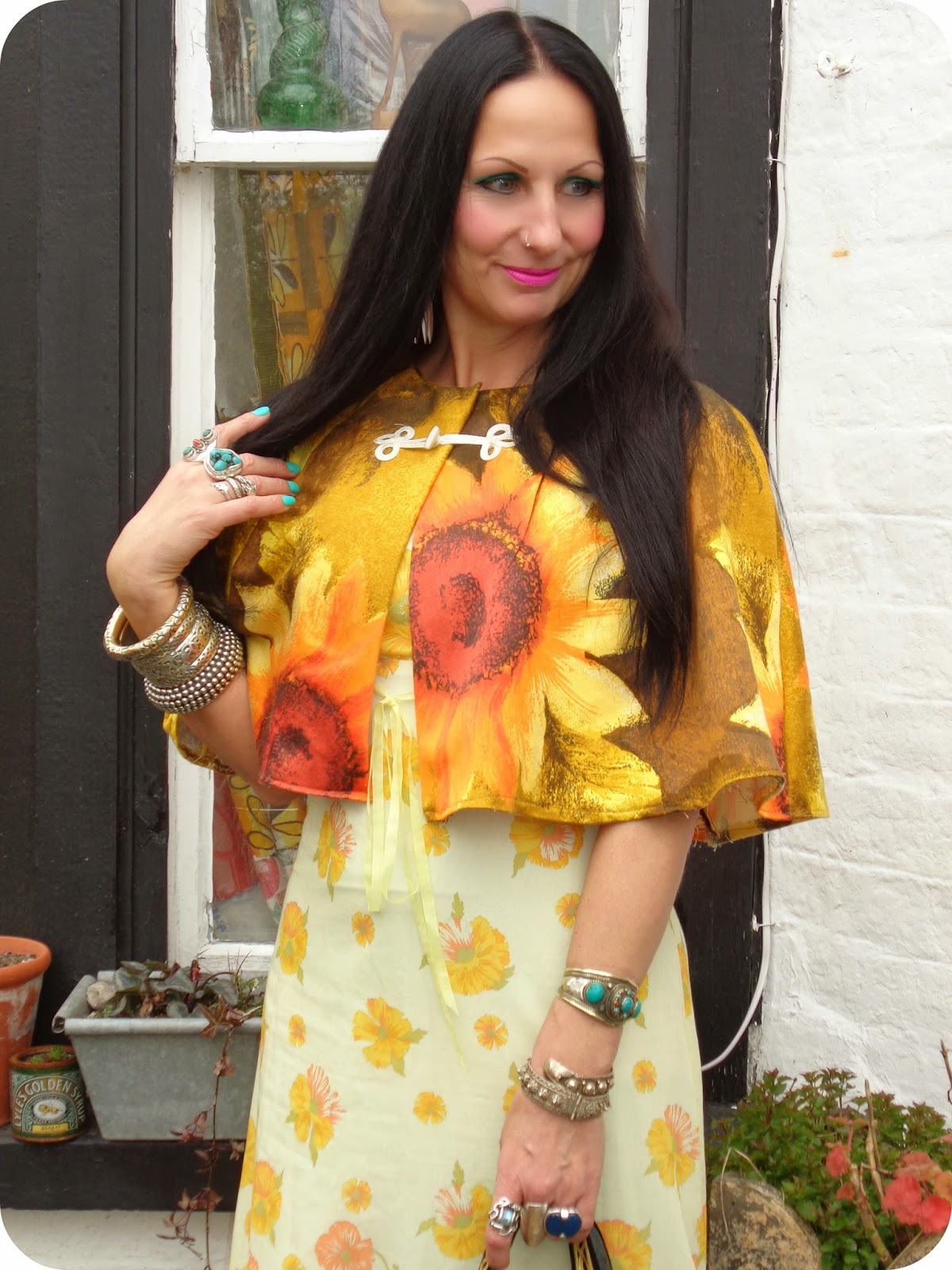 In fact the whole outfit got showered in love. It does amuse me when people ask where I buy from my clothes from and when I reply a charity shop they want to know which one. I mean, its highly unlikely that they're going to find the same 45 year old dress hanging there, is it? If that was the case I probably wouldn't bother buying second hand. Forget any environmental or financial reasons, even in the days of being a high earner the main motivation behind buying vintage was simply that I'm far too vain to be seen in the same crap as anyone else. 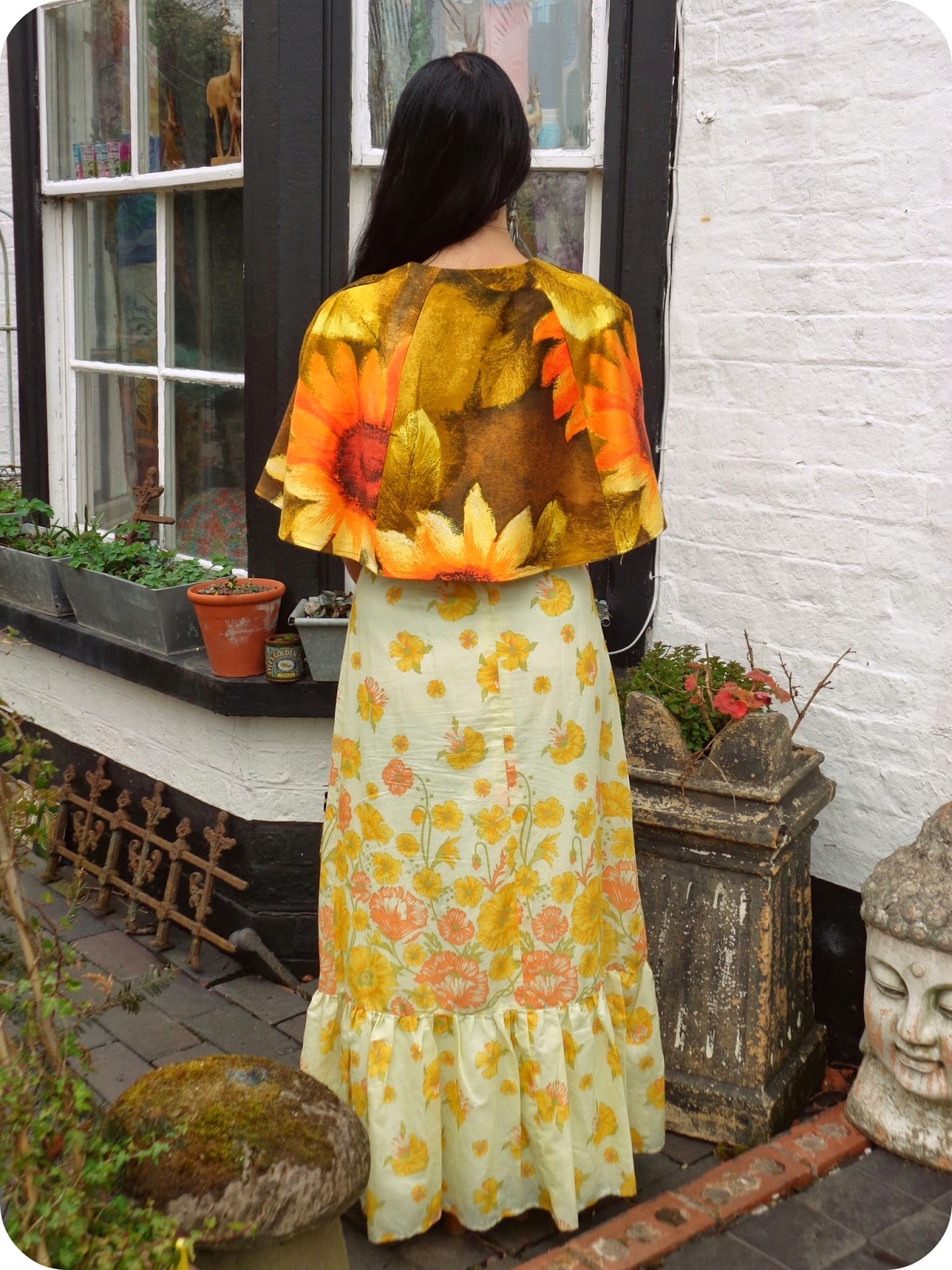 I like my crap to be individual, hence a wardrobe stuffed with vintage, pre-loved, handmade or bought from obscure foreign markets and odd local boutiques. 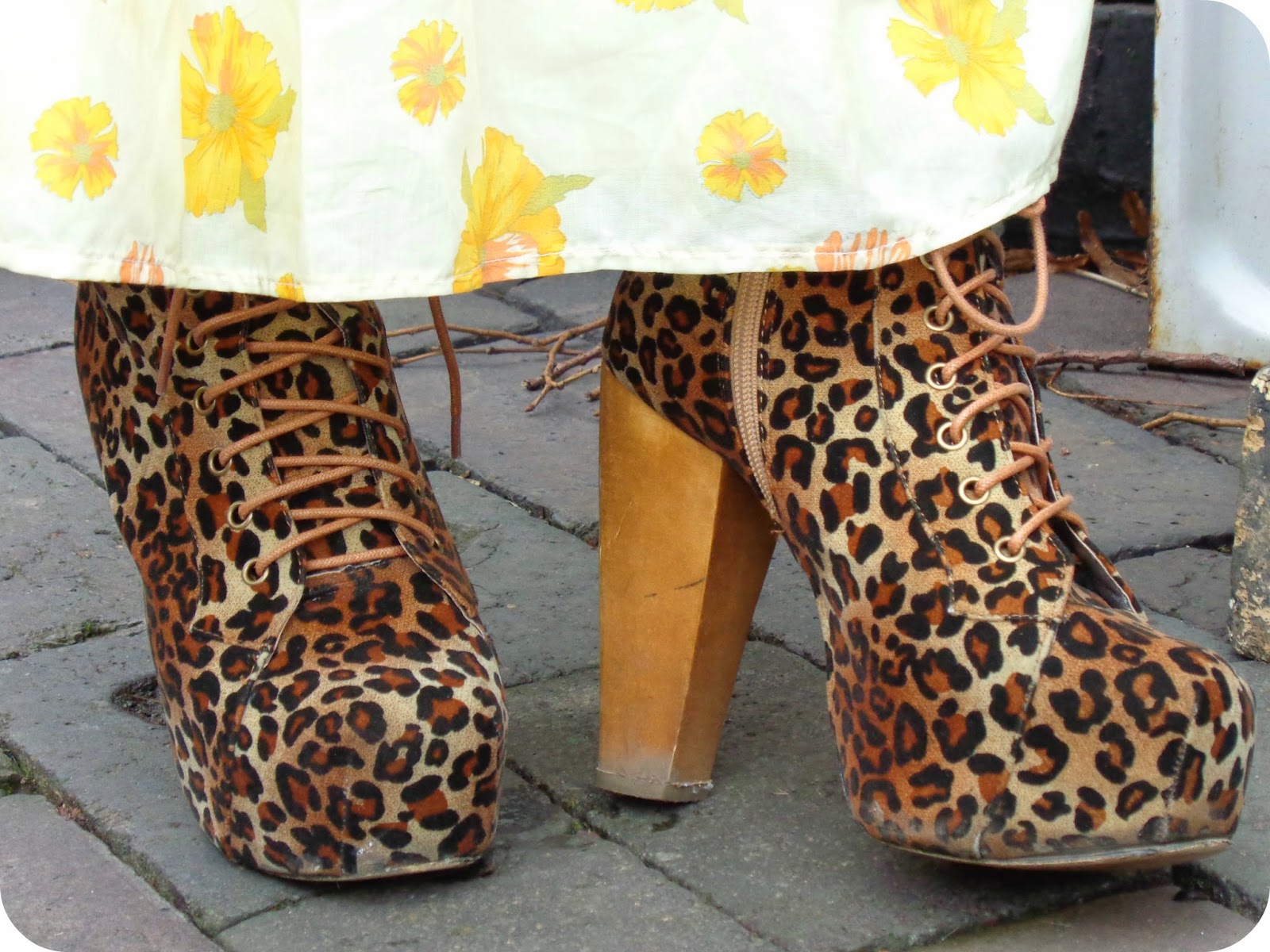 My cape-tain brought me some decent luck in the chazzas. 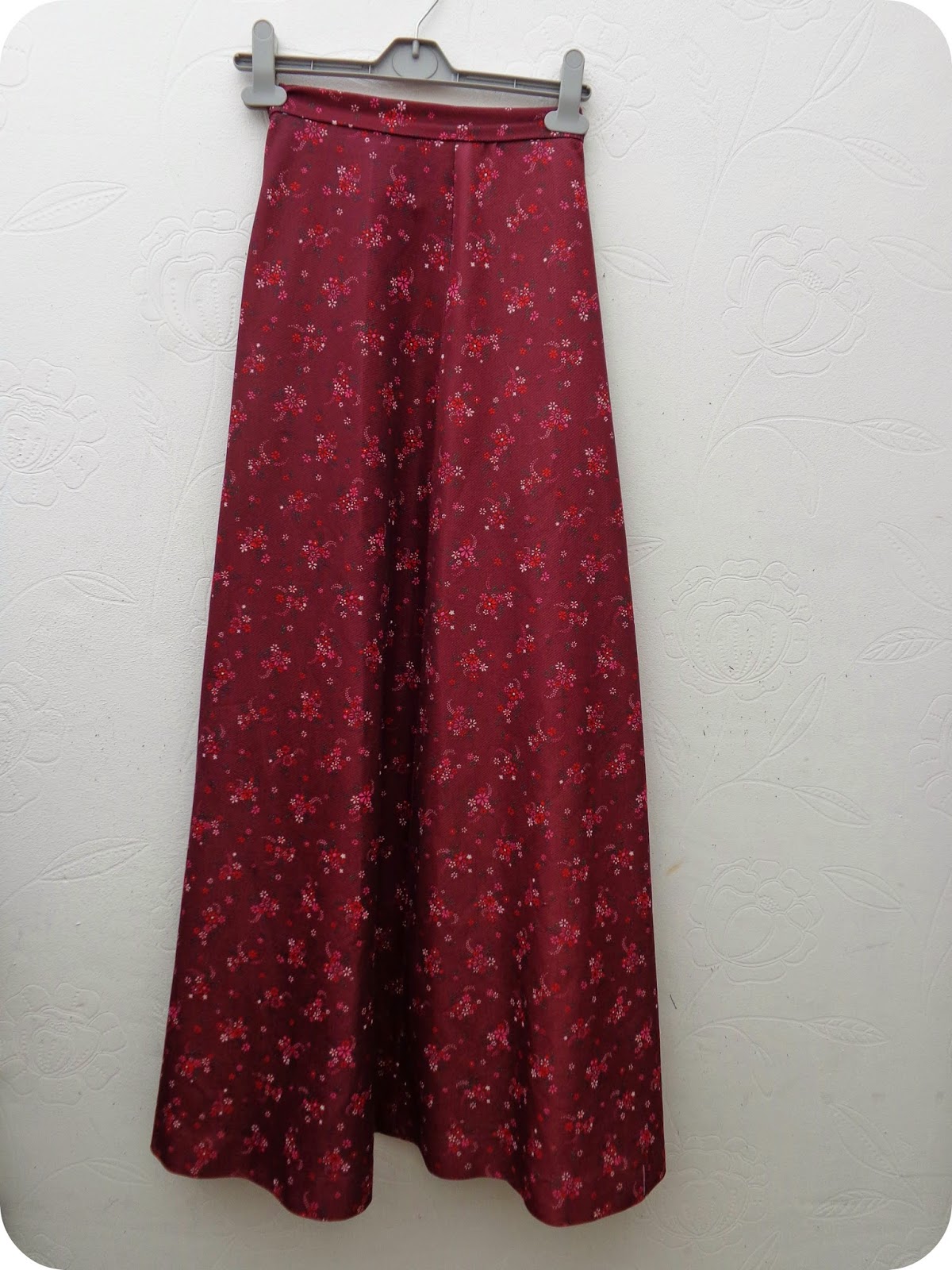 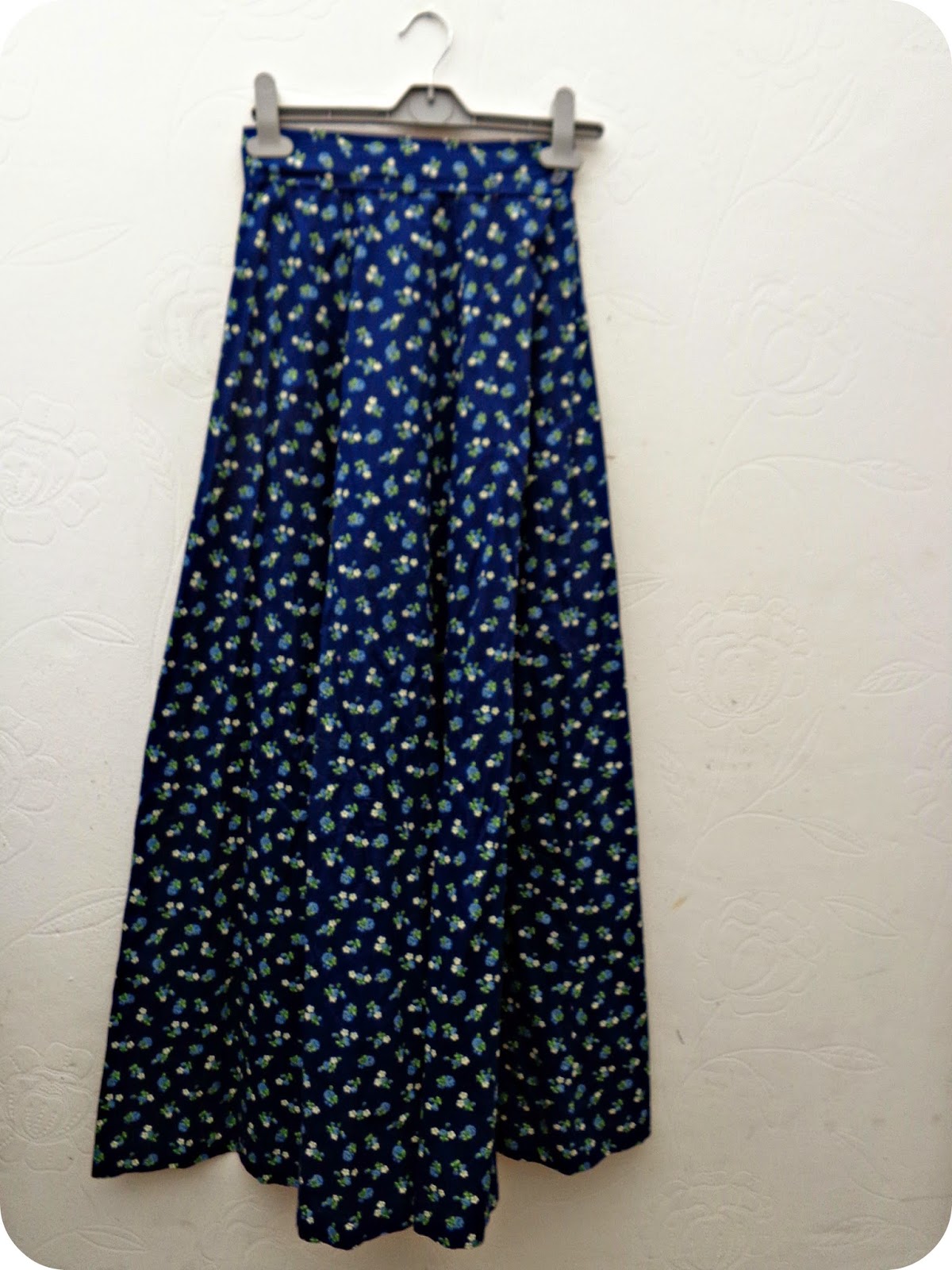 and a snazzy red maxi dress. 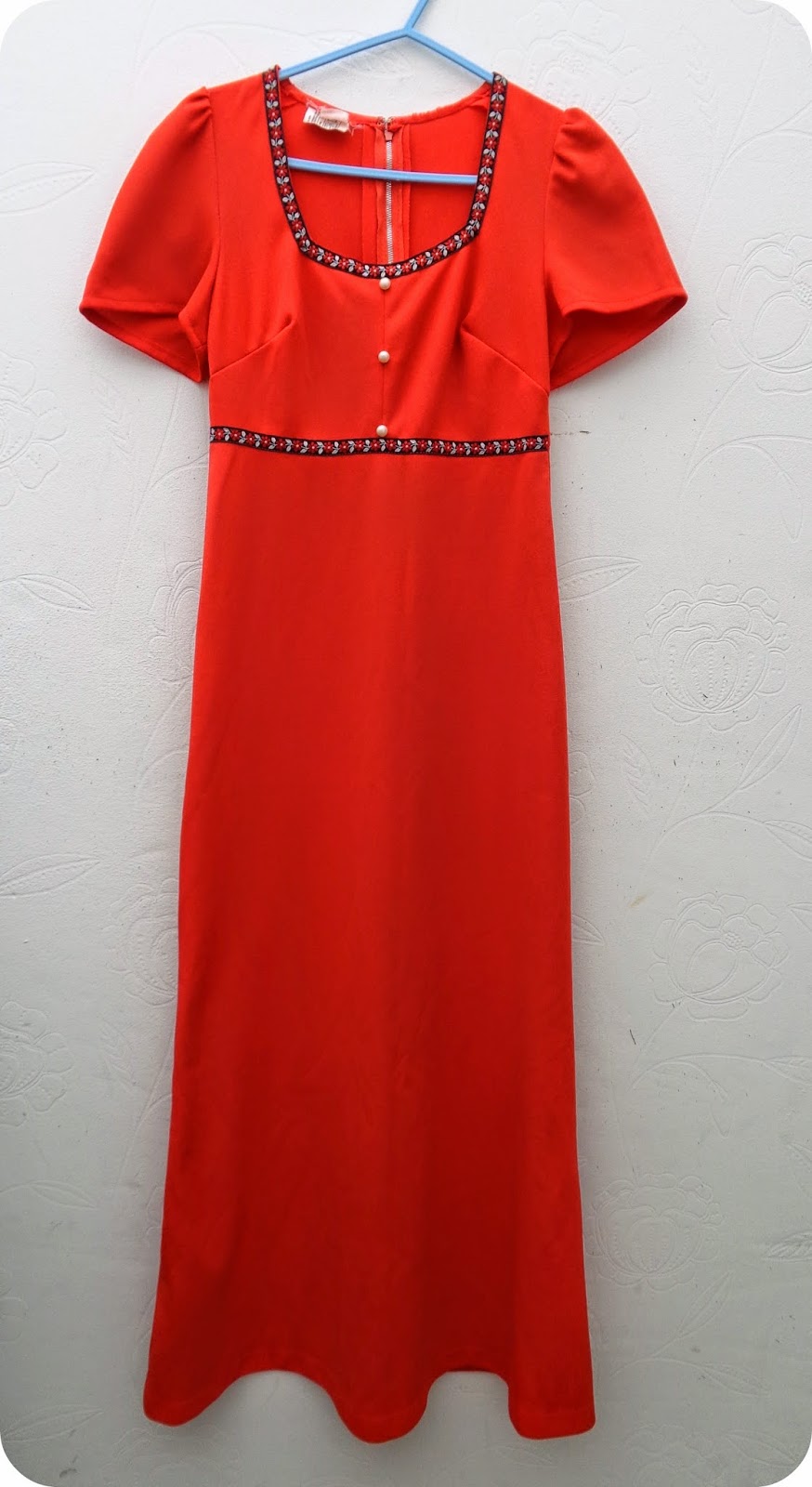 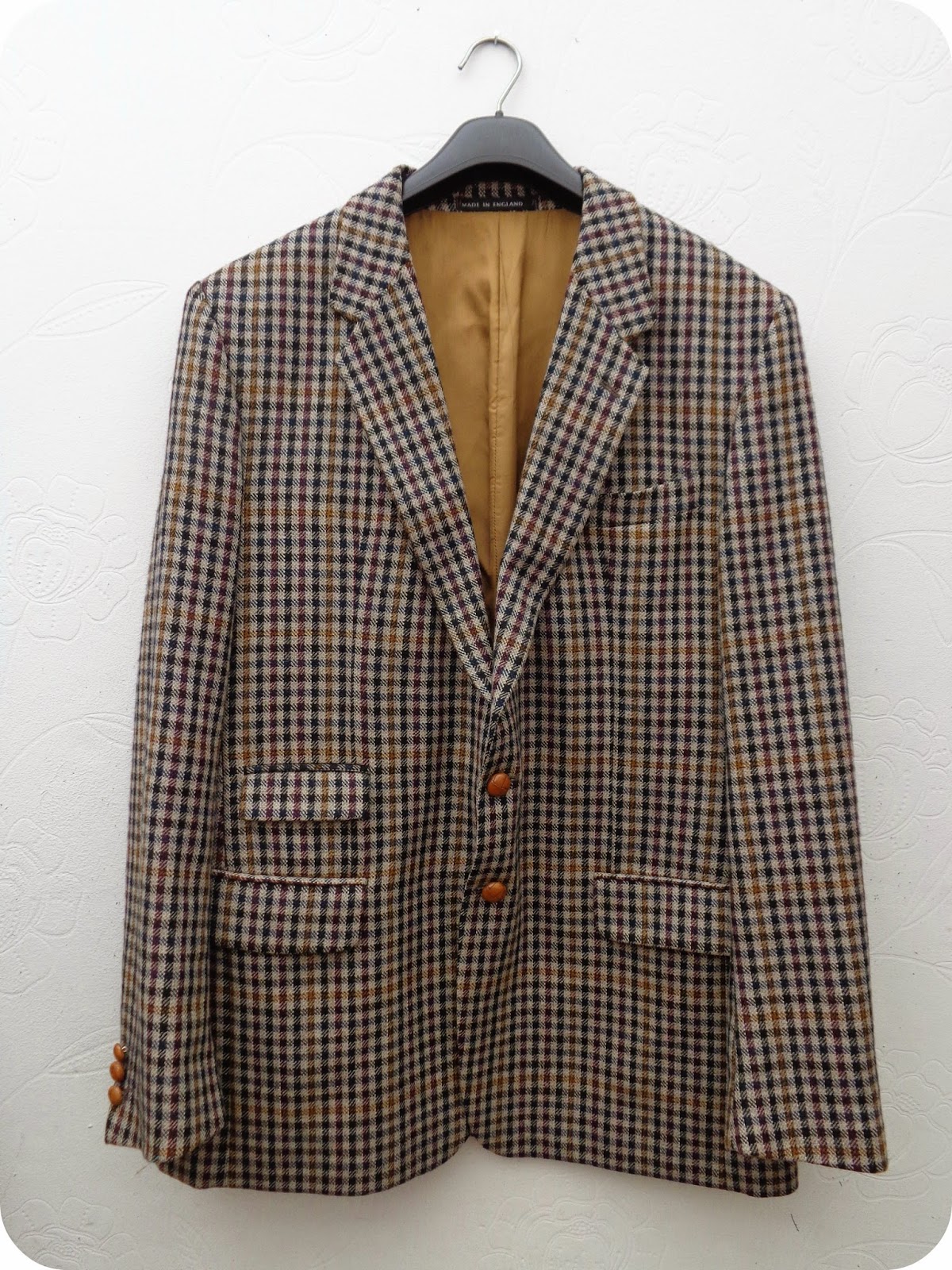 and a very cool Jaeger one. 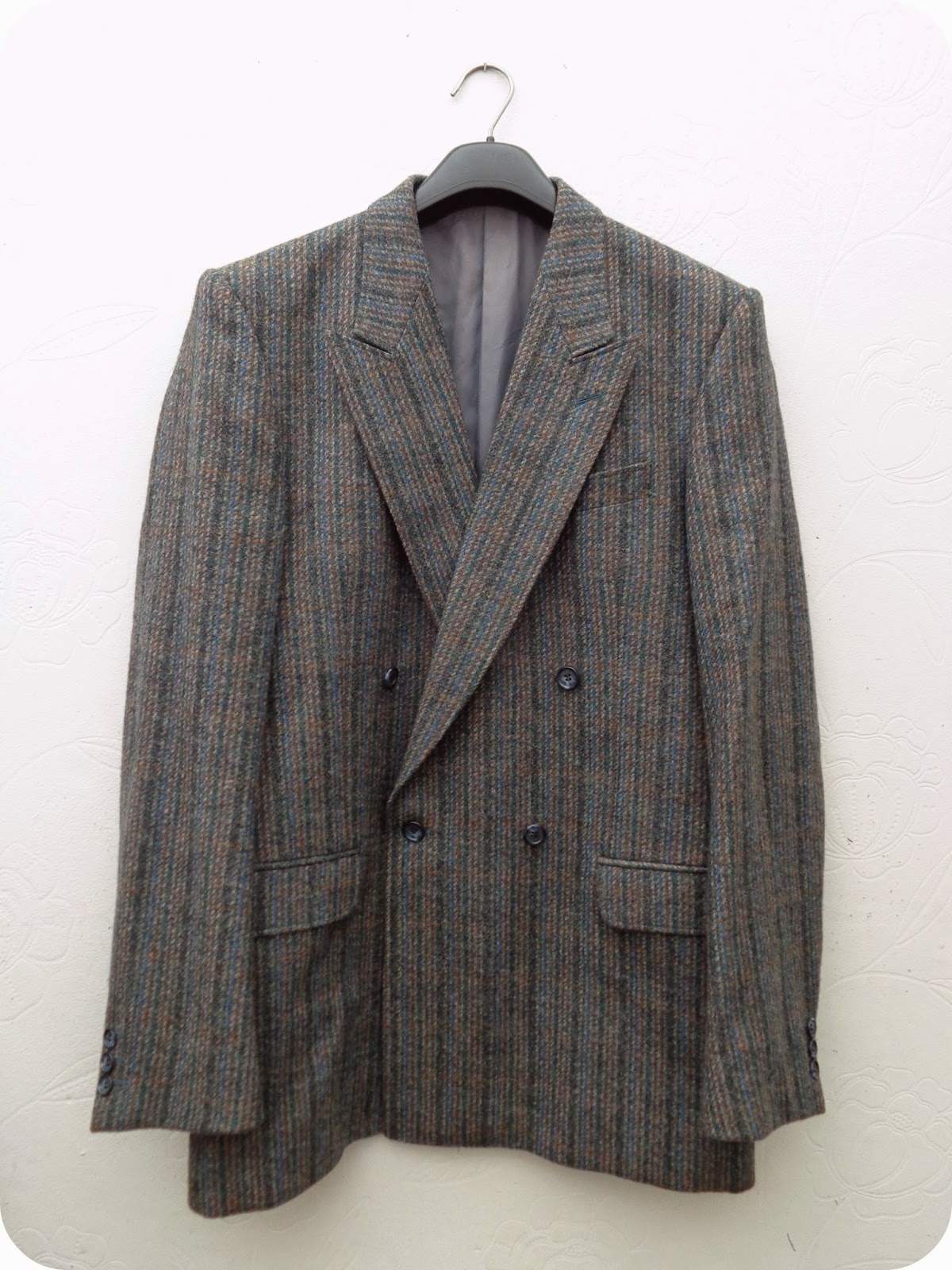 Dunno who Justin was but his shirt rocks. 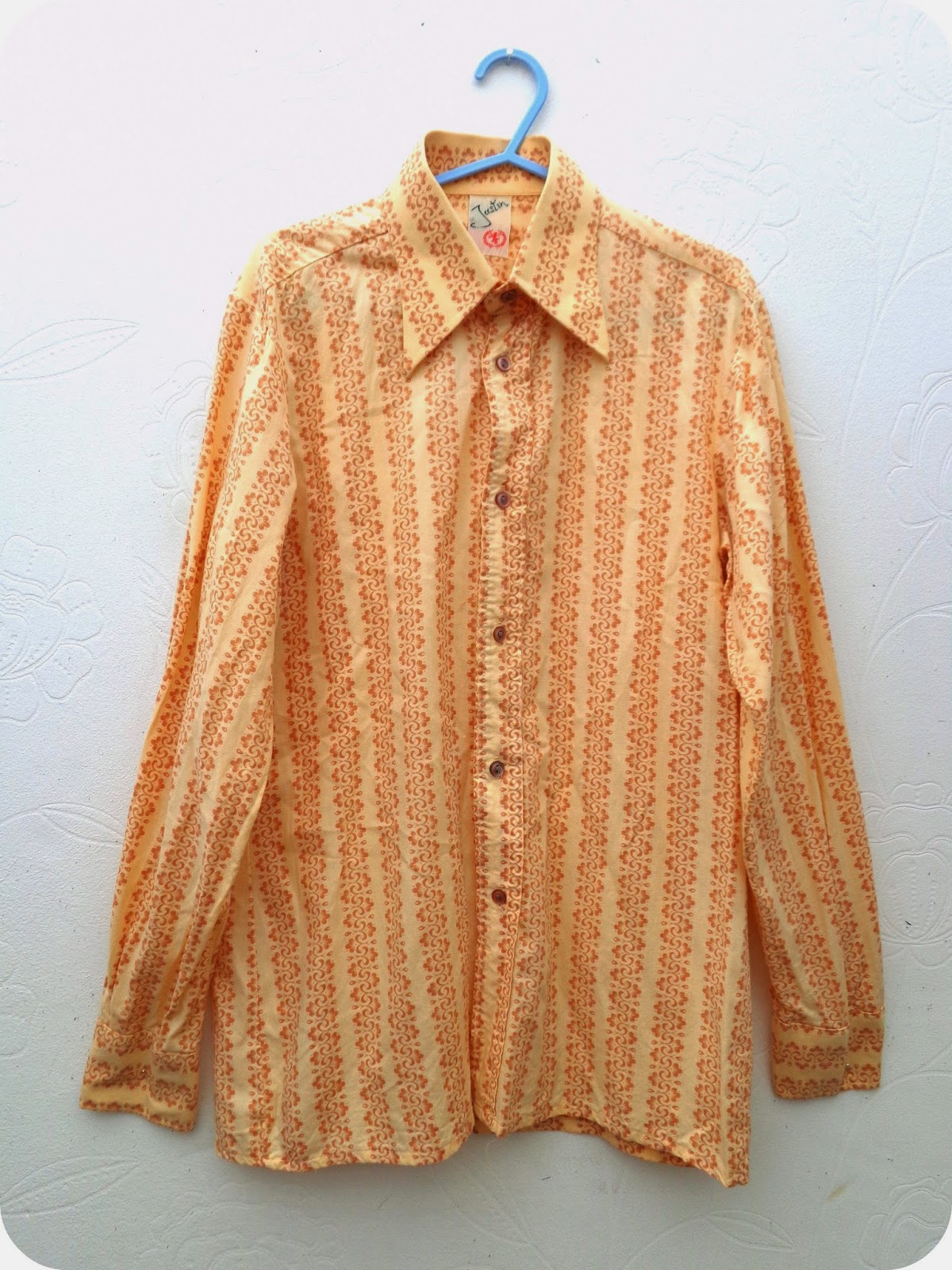 A huge king size quilt cover for cutting up and dress-making. I've no problem with using second hand bedding but the thought of sleeping in patterned sheets is as repulsive as eating from a patterned plate. 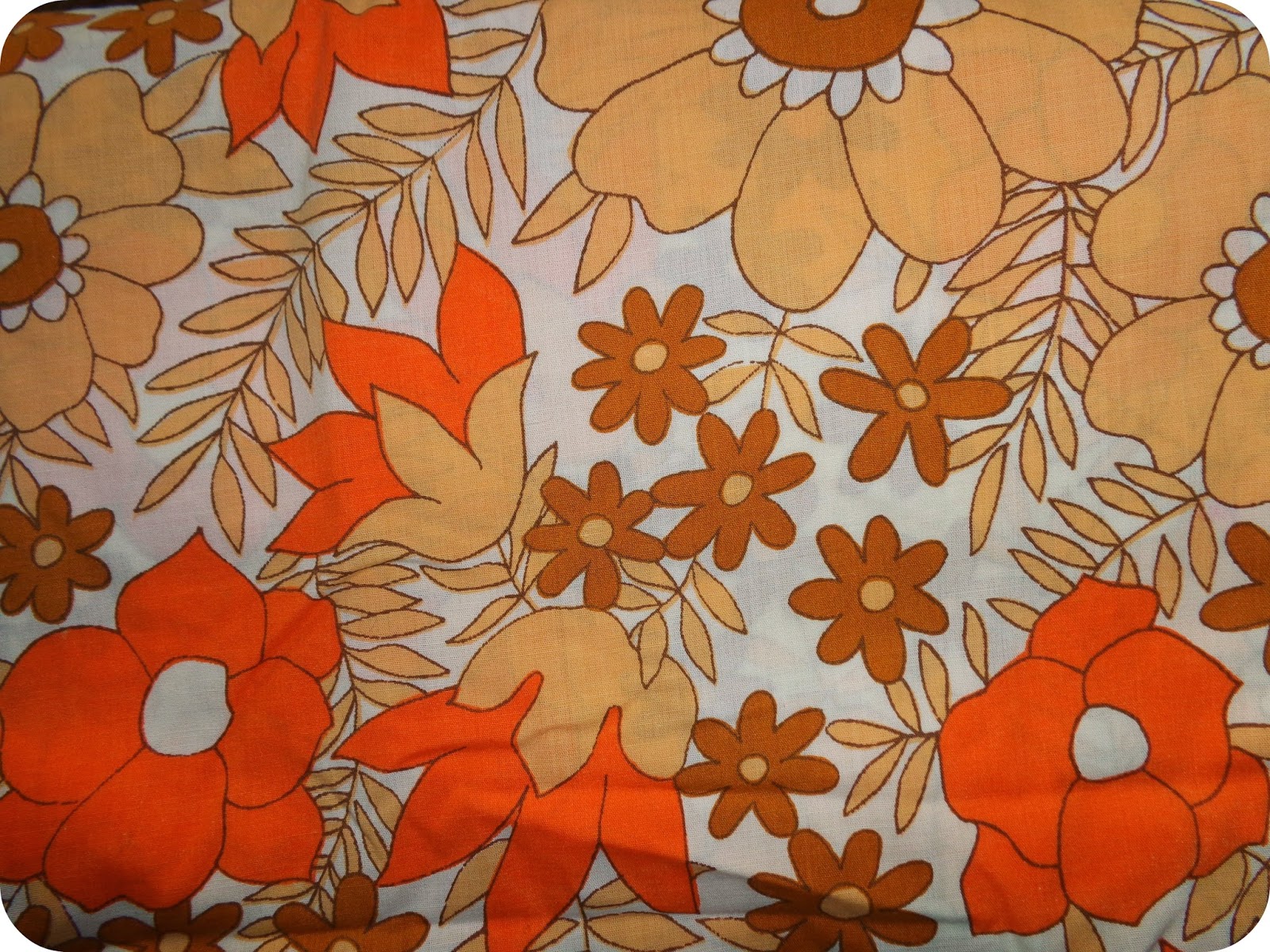 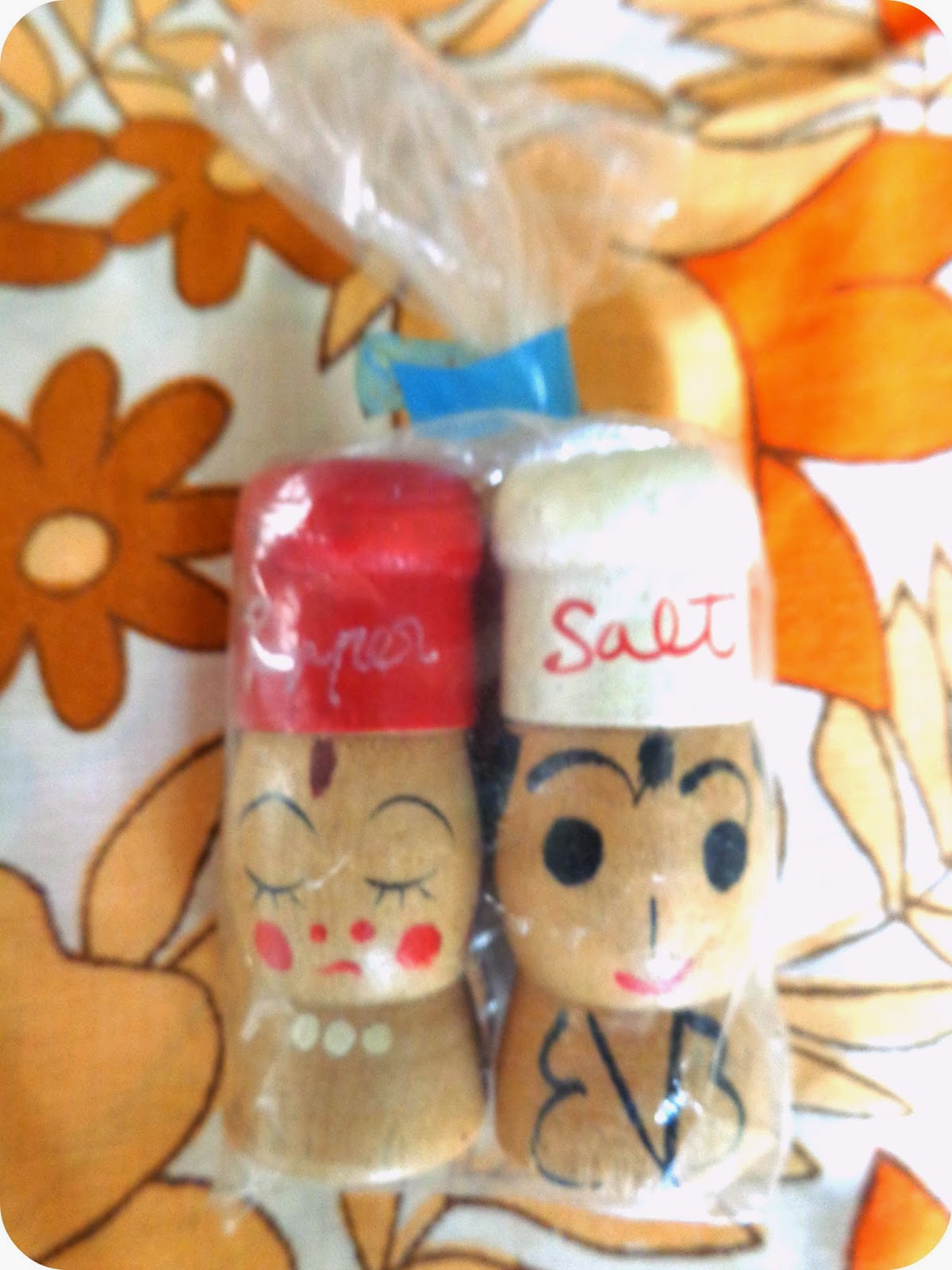 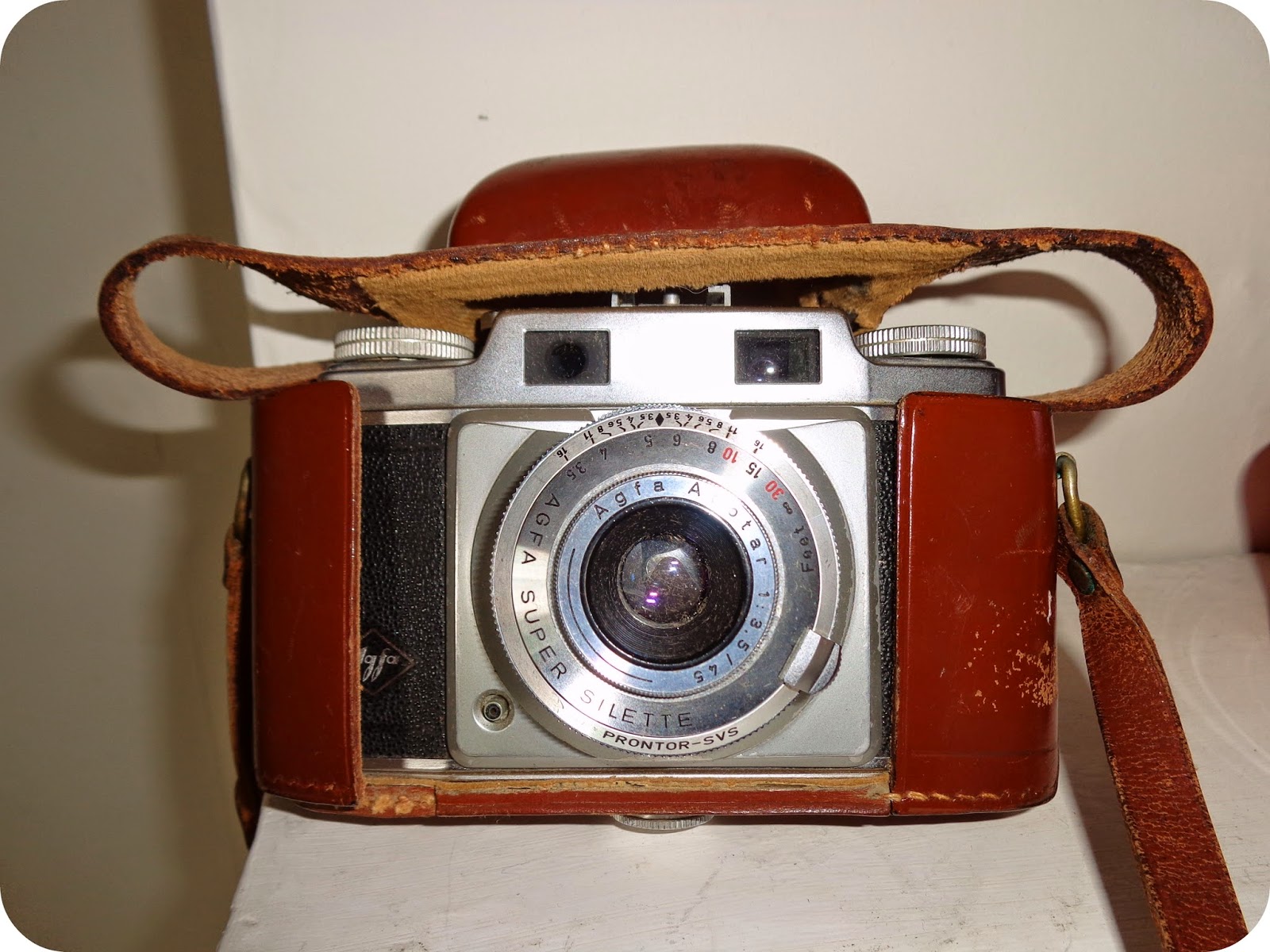 There's some great tracks on this album including Fleetwood Mac's Albatross and Fire by The Crazy World of Arthur Brown but to be honest I only bought it because I loved the cover girl's outfit. 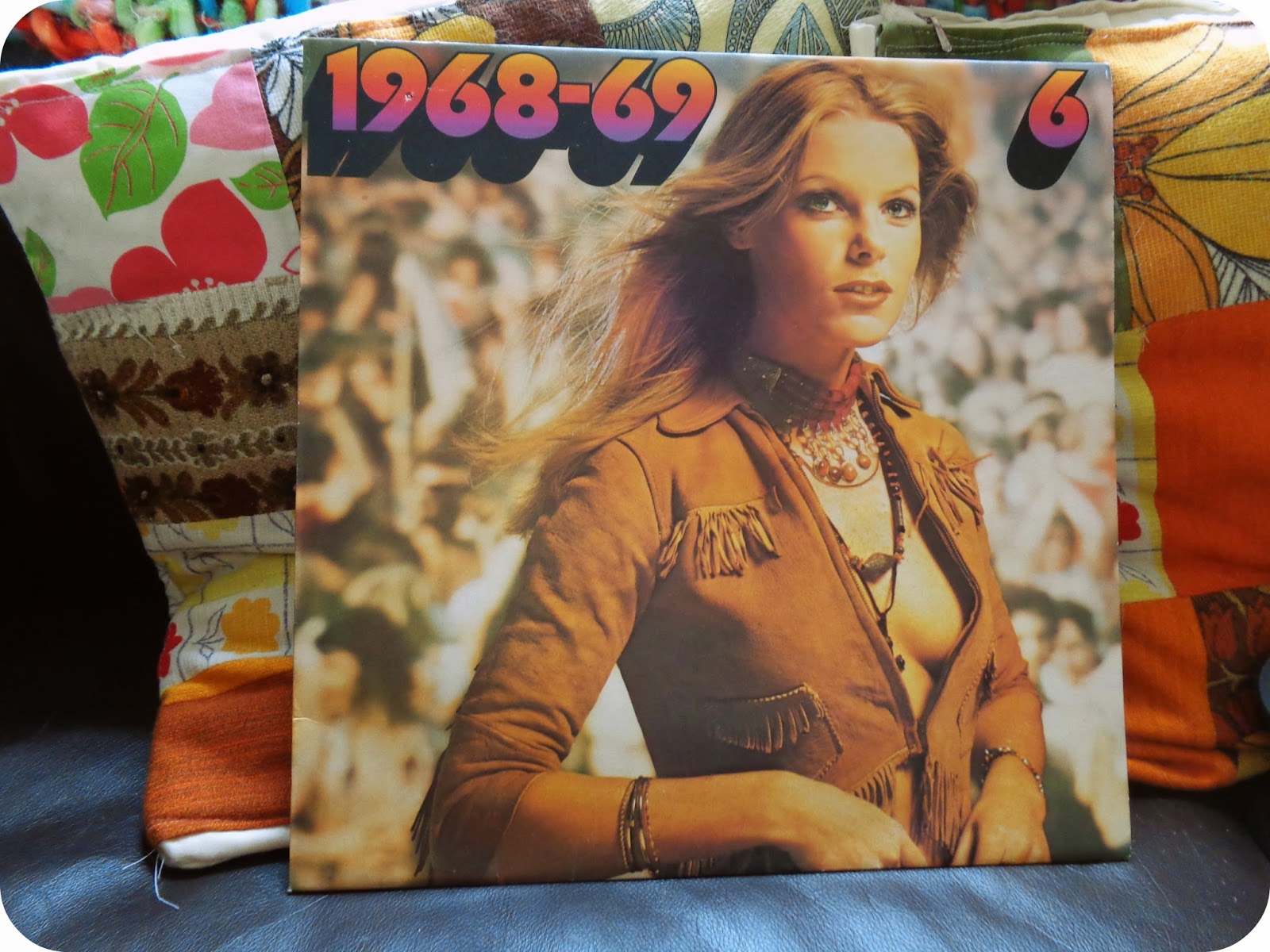 There's some classic singles here including Automatic Lover and I Lost My Heart To A Starship Trooper - school disco magic. 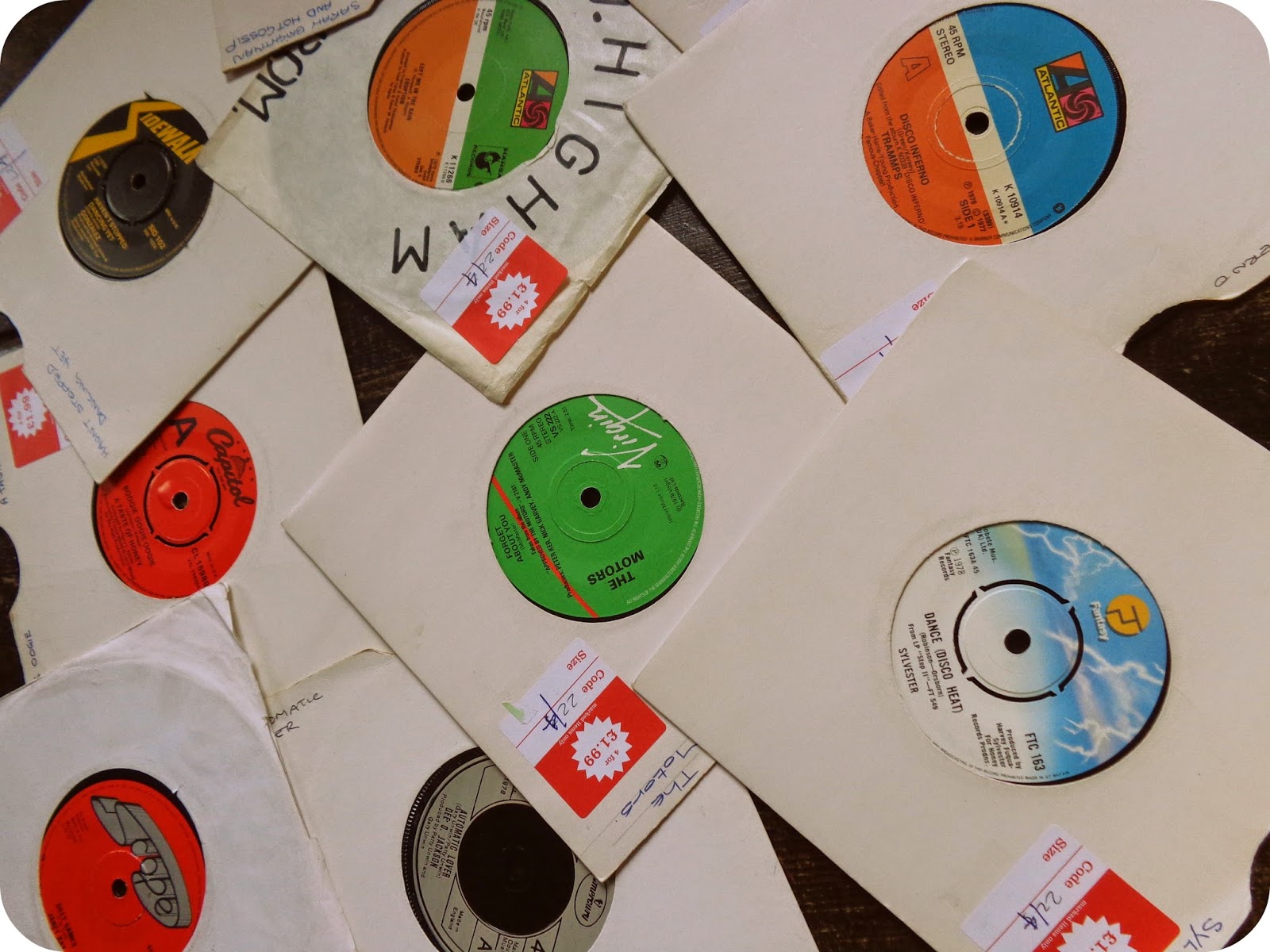 The Freedom Of The Plains by Mario Bordi 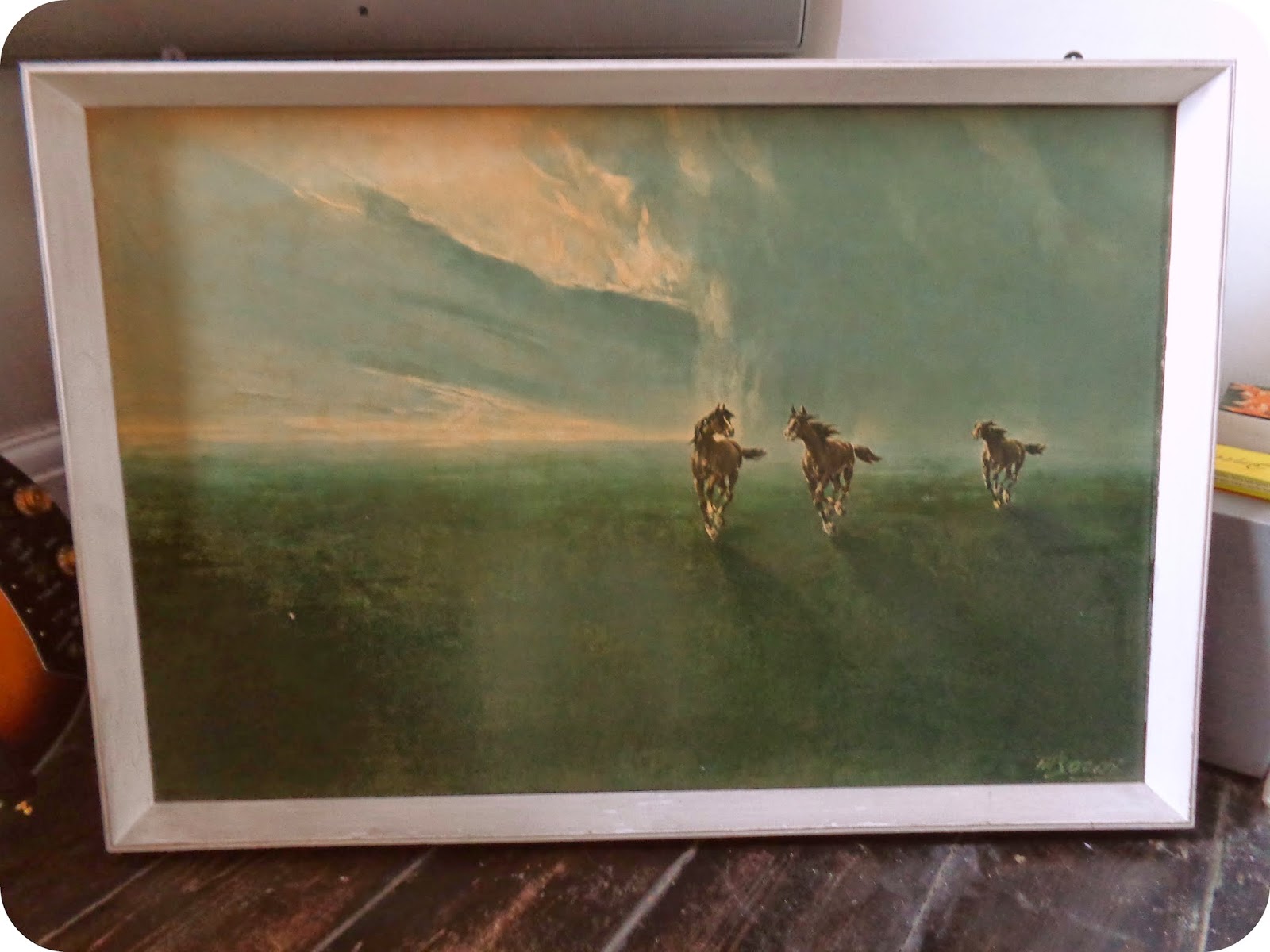 I've loved these chalk ware statues since I was a teenager but never seen one so cheap. 12" of naffness for less than £1! 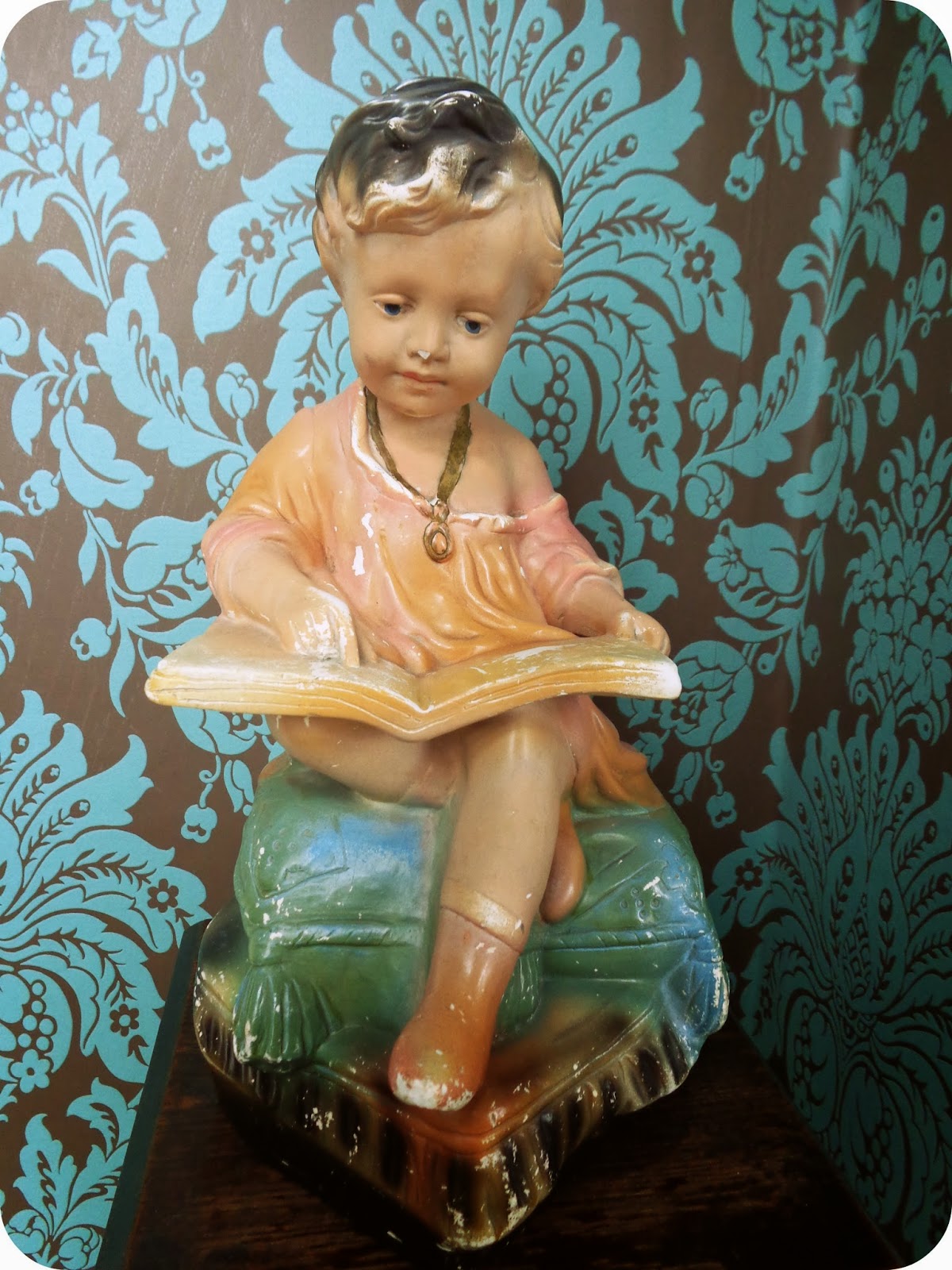 Jon's description of me yesterday was spot on, 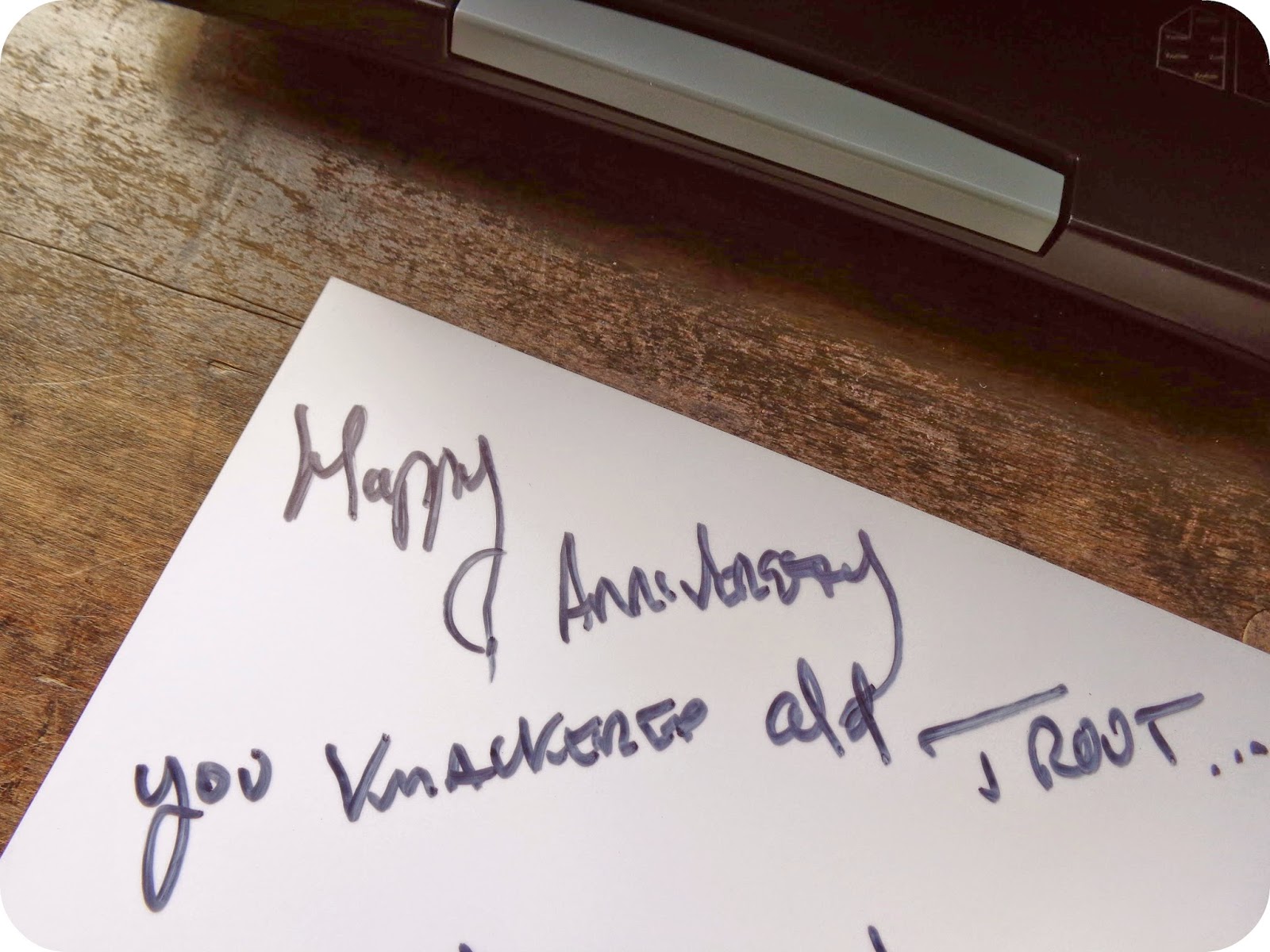 No sooner does my arthritic pain calm down then Birmingham gets hit by a Saharan dust cloud affecting those of us with crap respiratory systems (blame a chain-smoking parent and decades spent in the catering industry). I'm starting to piss myself off with my constant wheezing so I intend crack on with some therapeutic sewing before the rum gets a battering later.

Thanks for the anniversary wishes and your endlessly kind, funny and fabulous comments.