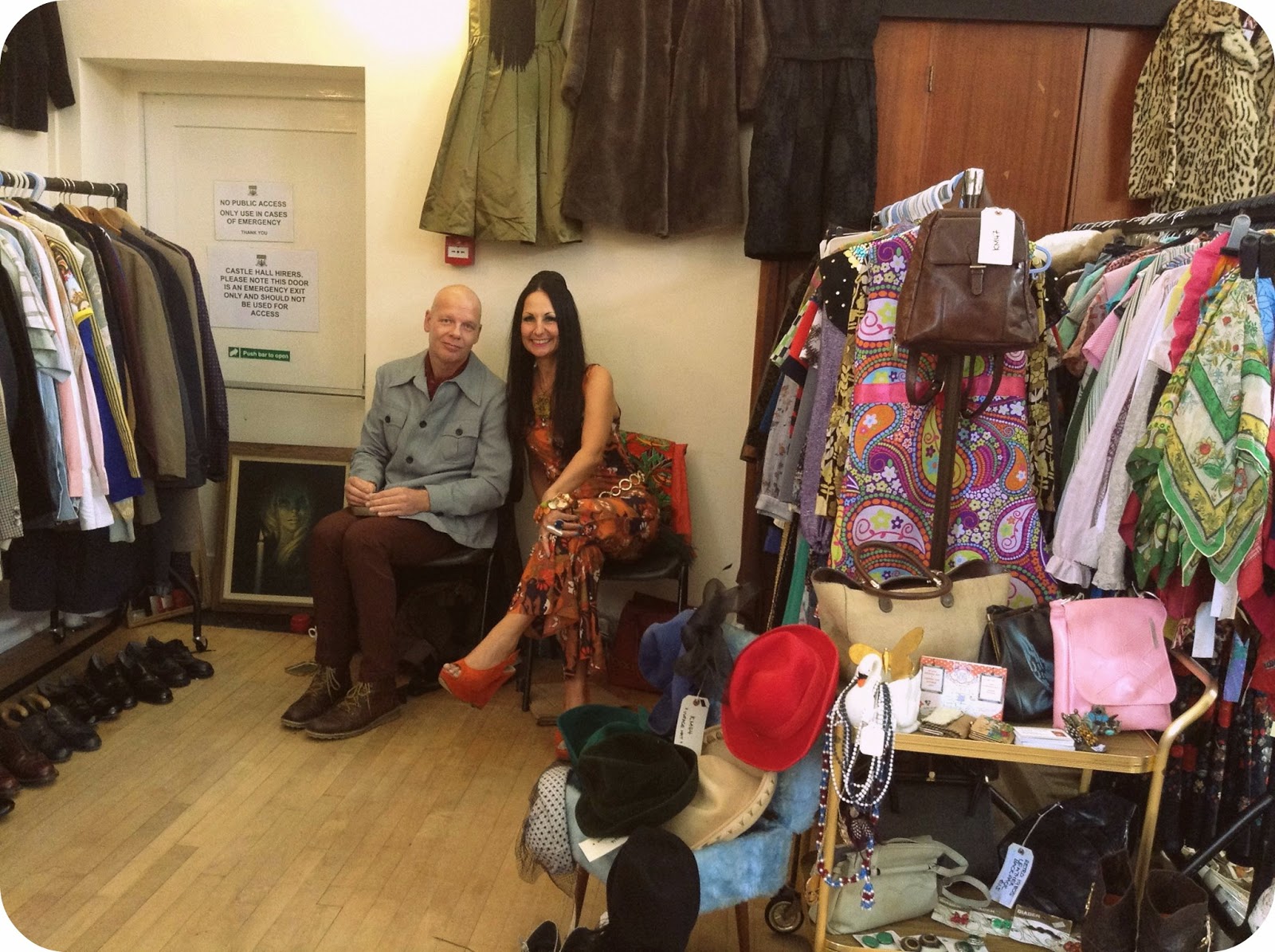 Tomorrow we'll be taking a van load of Kinky Melon stock over to Stourbridge for Kiki & Honey's Mad March Fair. Much as I adore selling vintage to the general public if I had a quid for the number of times I had the following conversations I wouldn't be leaving the pub early tonight for an early start in the morning. 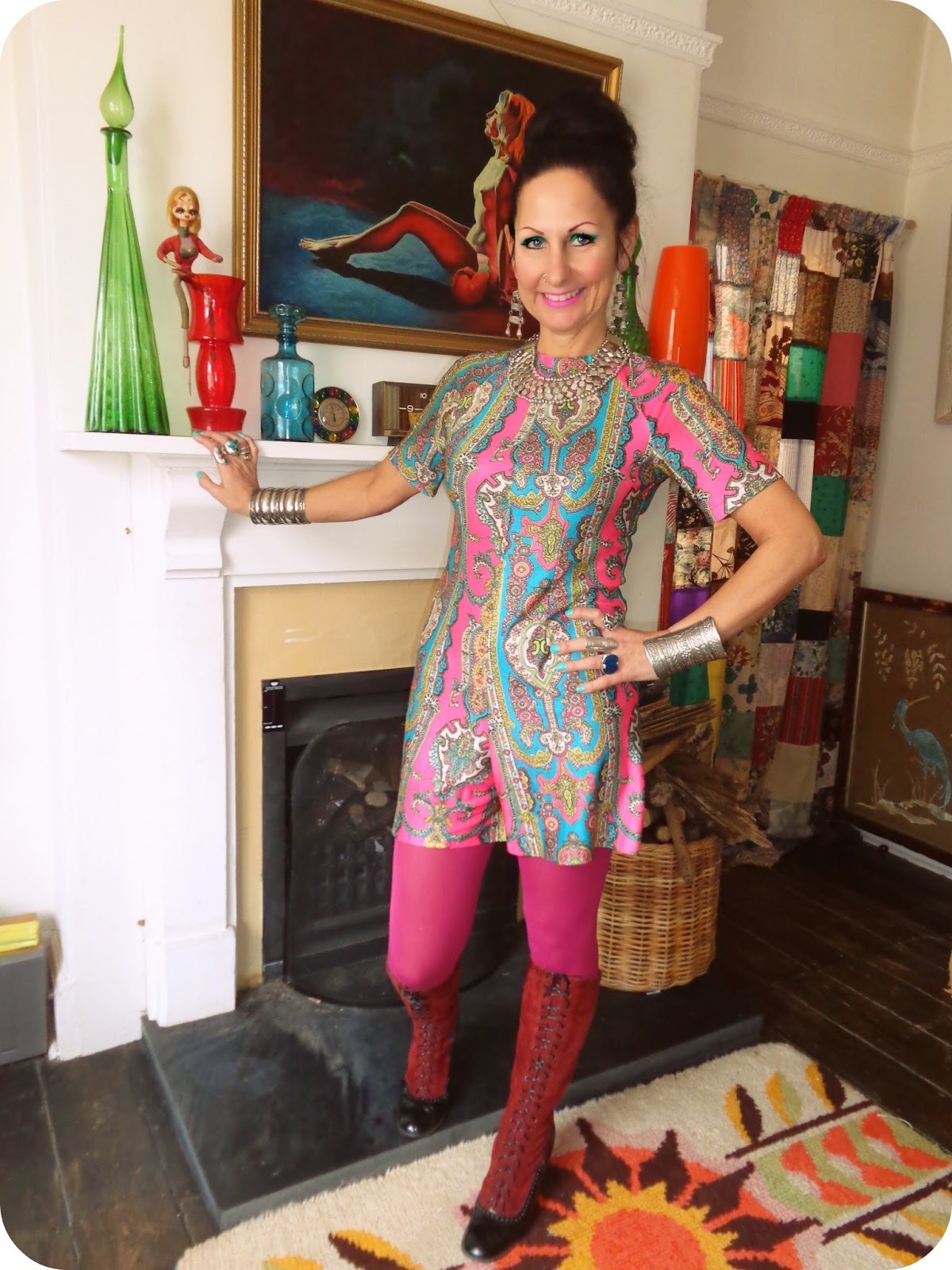 Its okay for you, I never go anywhere to dress like that. How do you think I spend my time? I might dress like I'm on tour with the Rolling Stones circa 1969 but actually it's a pretty ordinary life. This was what I wore yesterday to visit Dad in his nursing home and to pop to the hardware shop for coat hangers and a new bucket. Dress for the life you'd like rather than the one you live.

I can't deal with people looking at me. So you own a cloak of invisibility? I've got news for you, people look all the time. It doesn't matter if you're bare faced in a wolf fleece and jeans, in top-to-toe high street or in full-on psychedelia, you are always on show. Better to be looked at and remembered than glanced at and forgotten.

I've got nothing to wear it with. The rest of your wardrobe, silly! Unless you're taking part in a re-enactment you don't need to wear a historically accurate outfit - in my opinion slavishly following a vintage look is no better than being a modern day fashion victim. Mix it up, clothes and accessories from any period that takes your fancy (including the 21st Century).

I'm too old for vintage. Listen love, there's no limit, its not like the labels in children's clothes which state the age they're suitable for. If it fits and you like it then bloody well wear it. Stop being brainwashed by moronic "style" experts and newspapers trying to boost their ratings by being controversial about age.

I remember it the first time round. And? Unless you're talking about a baby grow or a school uniform what's the problem?

I haven't got the time to look after vintage. Almost everything I own gets chucked in the machine on 30 degrees or hand-washed with a dollop of baby shampoo. Unless you're talking about museum pieces you don't need to be precious. Its already lasted over 30 years, its a damn sight tougher than most of the crap manufactured today. 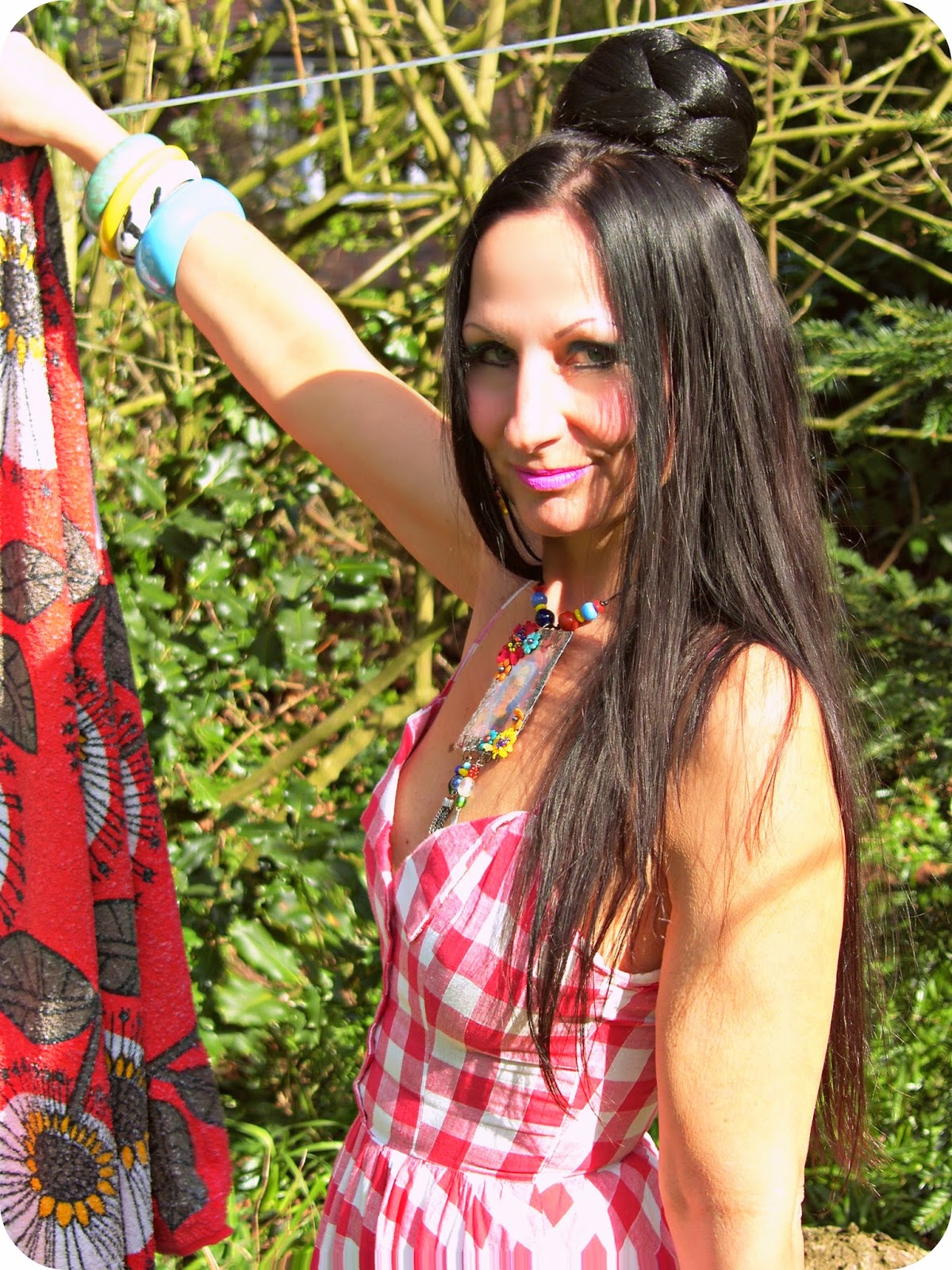 I've tried it on, I love it but my boyfriend/husband/partner doesn't like it. Simple, buy the dress, dump the mate.

Bit feisty today, aren't I? Blame the arthritis, when I need help getting my boots on I'm inclined to get a bit lippy. No wonder I was the boss from hell pre-hip replacement. I'll be my usual smiley self once I've dosed up on painkillers. 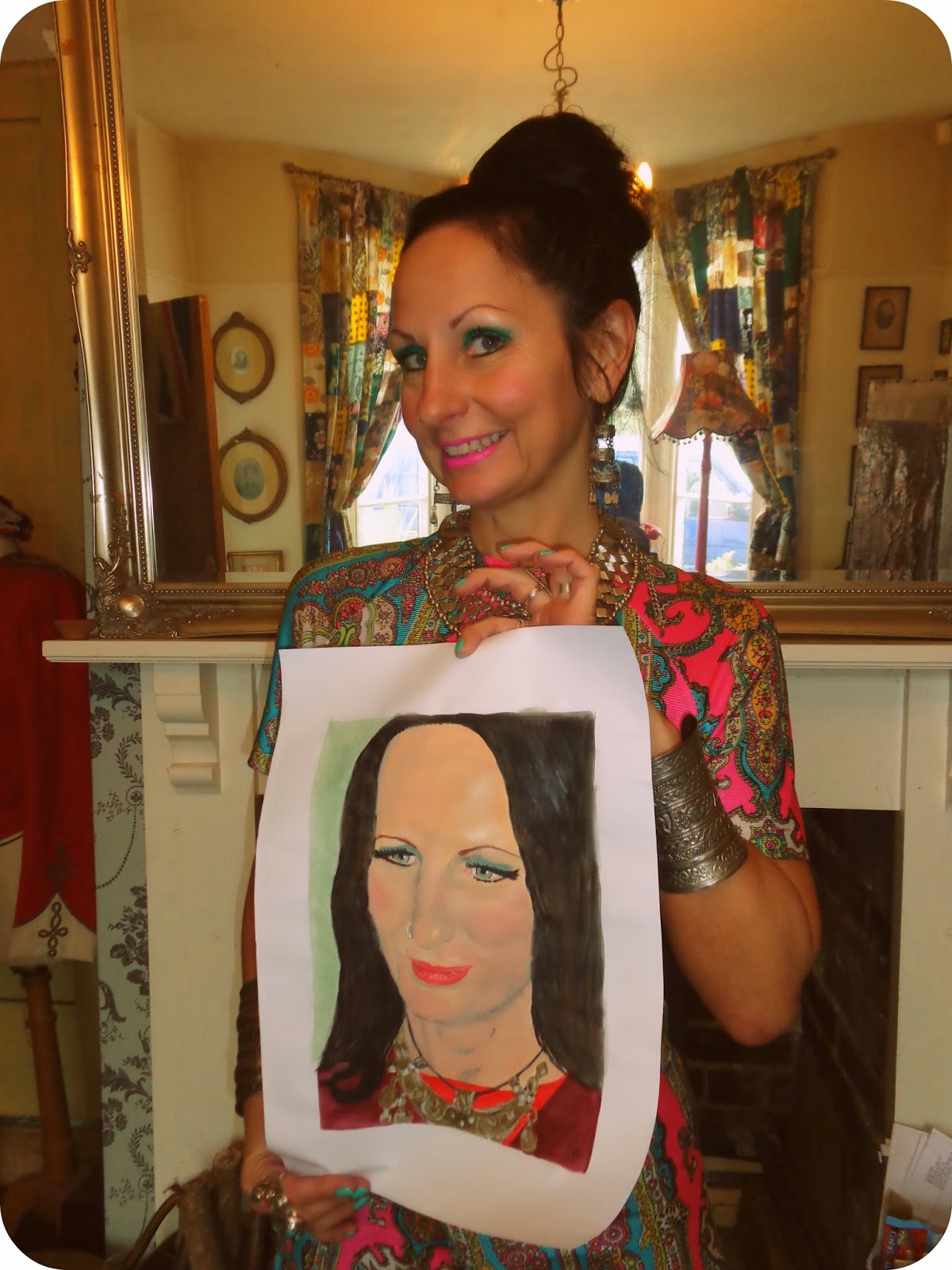 Look what arrived in the post from the lovely Jo, me as art!

Have a brilliant weekend. I'm off down posh Wetherspoons for Liz & Adrian's joint birthday tea.

Email ThisBlogThis!Share to TwitterShare to FacebookShare to Pinterest
Labels: It's All About Me, Rants, Vintage Fair