Ever since I was a kid I've longed for a wooden globe drinks cabinet. Along with Jean Varon frocks and pineapple ice buckets to me they are the very epitome of 1960's cocktail party chic. 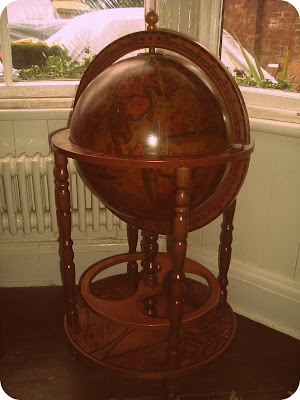 I spotted a vintage beauty in our local branch of Banardos' charity shop a while ago but, as I'm often accused of bringing home tat, I thought I'd run it by Jon first before splashing out. Surprisingly he was all for it and offered to pop into town and buy it but returned home empty-handed claiming that it had already been sold. 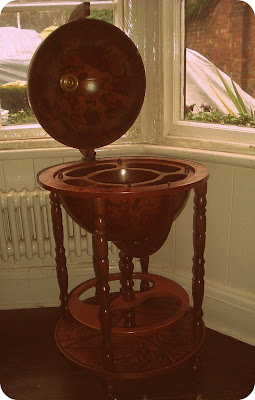 What do you know? The sneaky little monkey had actually bought it and squirreled it away in Gilbert (our VW camper) since September. 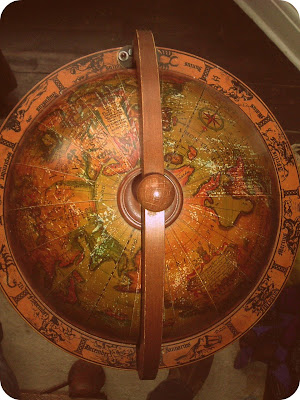 What on earth am I going to wear?