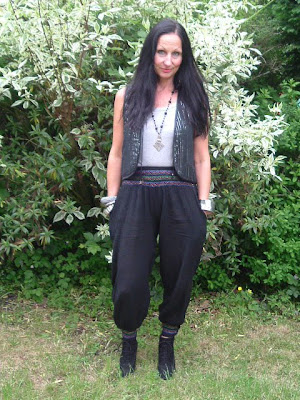 This morning's weather was kind to us so we were at the car boot sale for 8am. Here's just a few of today's boot sale bargains. 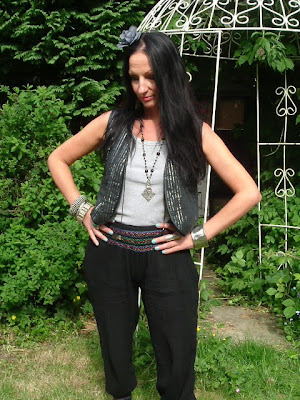 A pair of cheesecloth harem pants by "Just In at Debenhams". This was a trendy range back in the 1970's when I was a kid reluctantly being dragged around the town by my fashionista mother, a snip at £1.50. 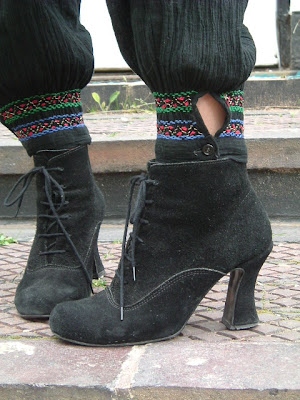 Vintage suede lace-up ankle boots by Sacha, London. Another popular 1970's brand, still going strong today. These cost me 50p and despite only being marked as a "38" fit my hooves a treat. 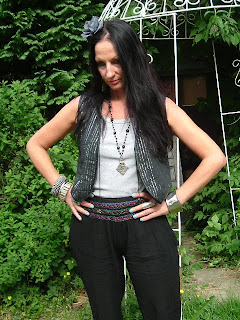 Indian-made, quilted hippie-chic waistcoat in black cotton threaded with silver lurex thread and fastening with bell-trimmed ties. The seller was the proud owner of a yellow 1968 VW Beetle and bought this from a boutique in Brighton in the late '70's. Price: £1.50 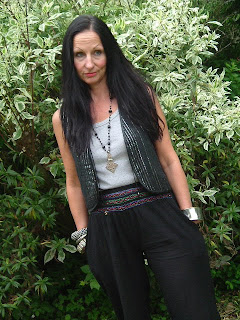 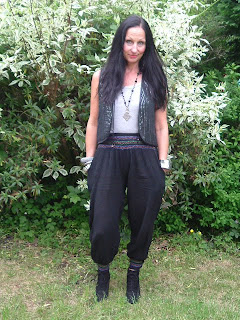 The early start's definately taken it's toll on me, I had to have several photo sessions before I even resembled a human being. 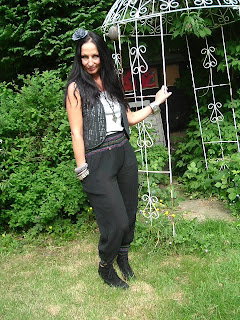 Plans for this evening? A cheeky Bank Holiday Bacardi and coke and a re-run of Easy Rider. 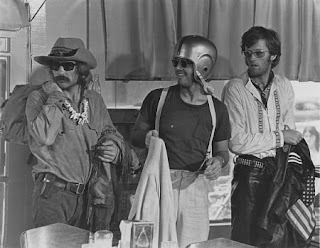