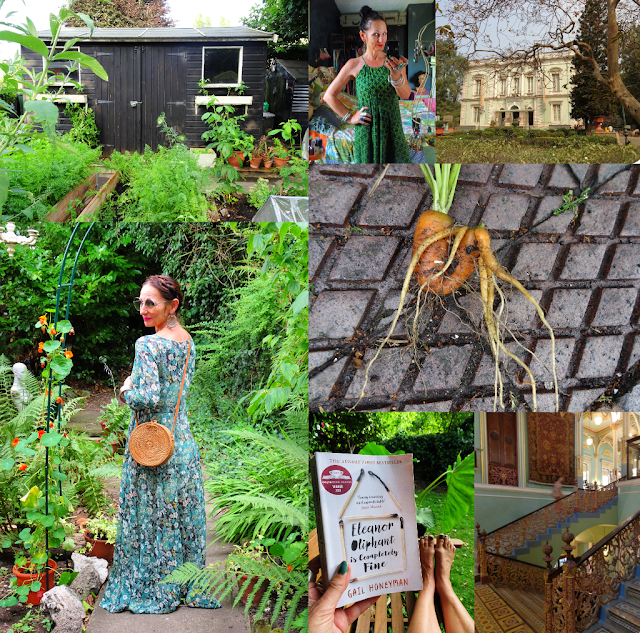 I only stopped my Distancing Diary posts a week ago and I've already forgotten what day it is, I was convinced it was Tuesday until Jon pointed out my error. Publishing a blog post every couple of days has been brilliant for adding structure to my existence after "normal" life was snatched away. What with the glorious weather and reducing my online time over the last few days, I feel like I've had a holiday from myself. 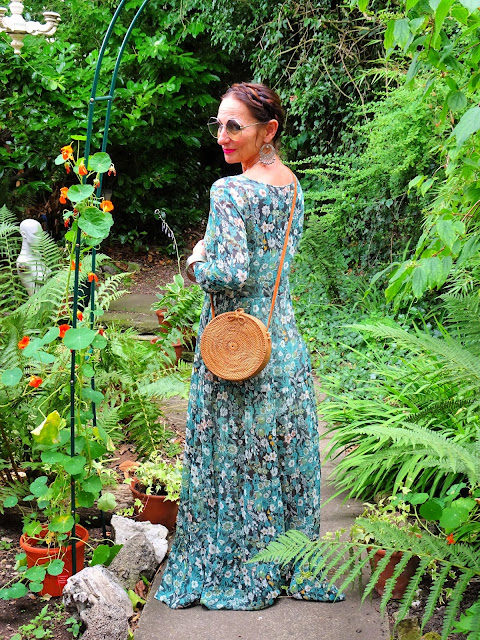 The Olympics have taken over daytime TV so no Andrew Marr Show this Sunday morning which made us feel most discombobulated. What hadn't changed was our weekly trip to the clearance charity shop at the top of town although, unusually, I only came back with a book while Jon snagged himself a couple of teeshirts. We donated a boxful of retro camping gear and a couple of paperbacks.

I wore two of my latest eBay finds, my silk Stella Forest maxi dress and Ancient Greek sandals along with the straw bag I found in a chazza last week. If I'd bought the dress & sandals at their full retail price I'd have spent £444 - my secondhand, preloved price? £35! 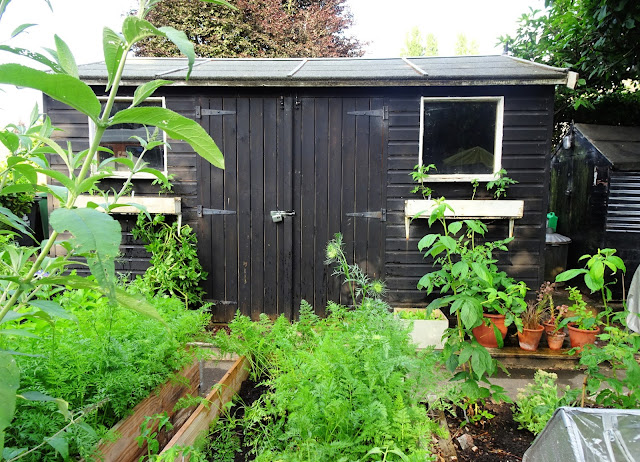 Despite the forecast being for a miserably wet Sunday, it was anything but. We spent the afternoon in the garden bagging up the trimmings from Jon's mammoth hedge cutting session (all 100m of it) in addition to the contents of a wildly overgrown border I'd managed to clear earlier in the week.  With tomato plants coming out of our ears, I emptied the frazzled Kinky Shed windowboxes and planted them up with tomatoes and basil. 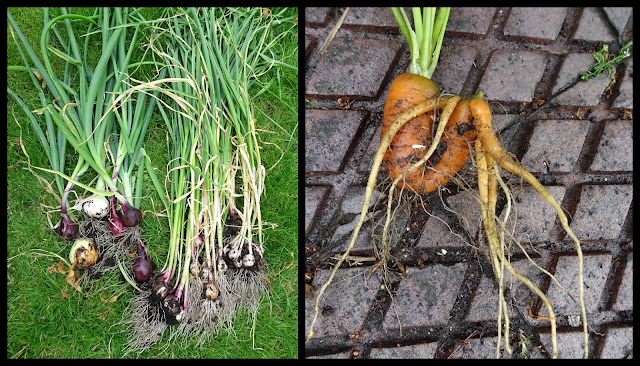 Jon planted up some broad beans and dug up his onions and garlic, leaving them to dry. We had to giggle at this very oddly shaped carrot, it reminded us of the mandrake root in Pan's Labyrinth (one of my all-time favourite films). 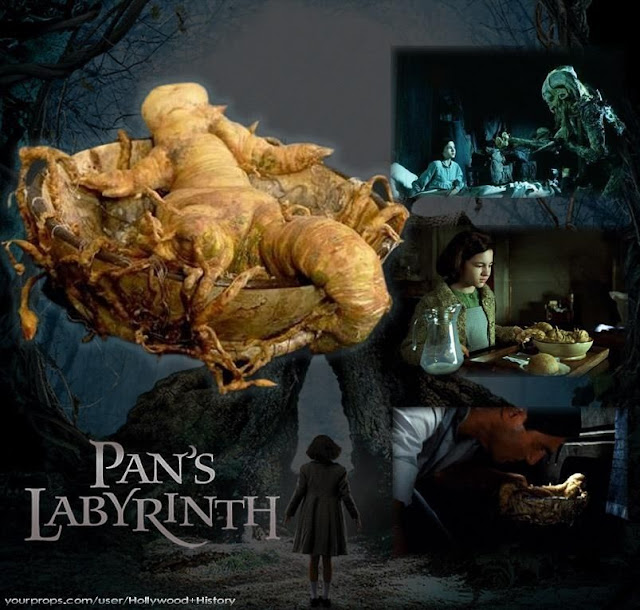 Too knackered to contemplate eating anything more taxing than cheese and biscuits, we spent the evening watching back-to-back episodes of V&A: Secrets of the Museum having binge-watched Baptiste during the week. 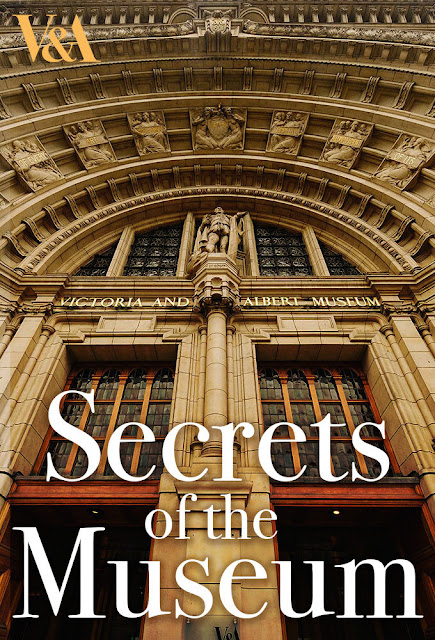 On Monday I wrapped my weekend eBay sales, loaded the washing machine & pegged the laundry out on the line, did my Wii Fit workout and transplanted some potted nasturtiums into the borders. After breakfast, Jon went shopping (via the tip) and called in on Tony while I cleaned the bathroom and the stairs. When he got back I was enjoying the 27°C heat, basking on the lawn in my bikini reading. 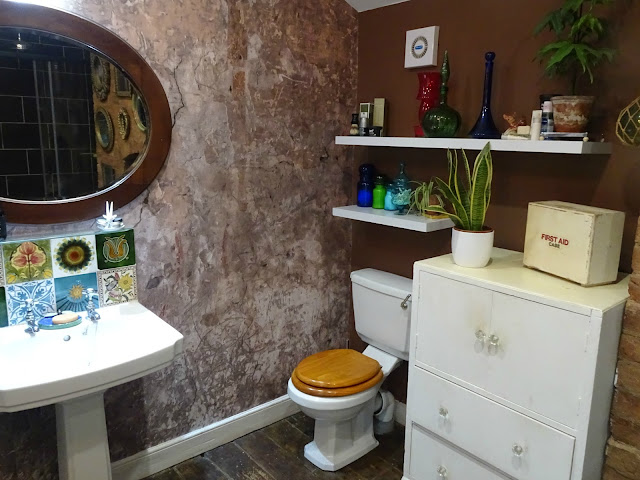 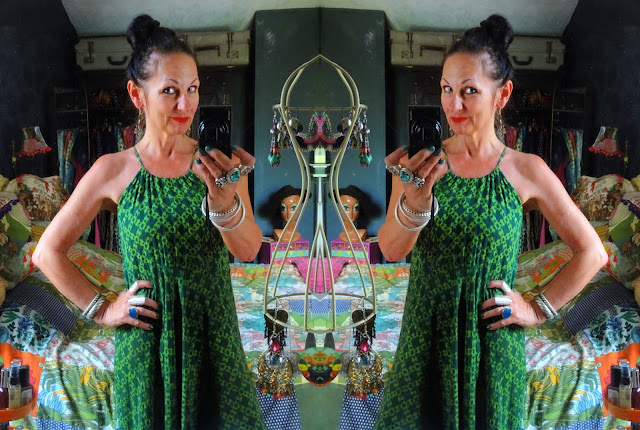 After our noodles, we loaded Young Kim with the rest of the garden waste, I threw on my Cotton Cottage block-printed maxi dress (bought in Goa last year) and drove back to the tip. The rest of the day was spent lounging in the sun interrupted by a surprise visit from my brother who we'd not seen since Xmas Eve. 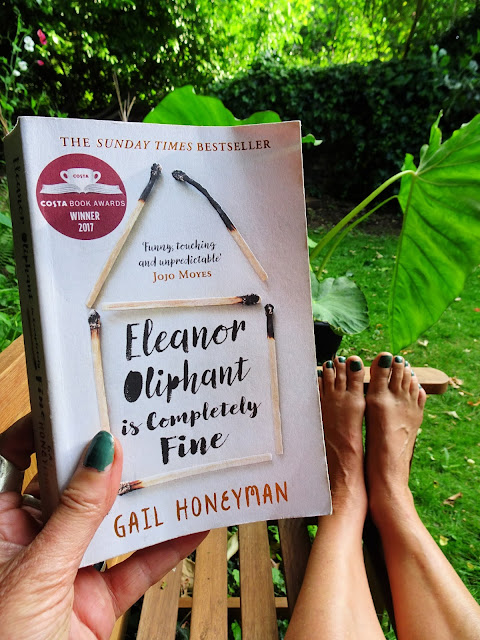 Jon had found someone else on Facebook offering free builders rubble so, after a tea of quiche and salad, he drove over to fill the works van with 20 bags (around a tonne) whilst I watered the pot plants and finished my book in the evening sunshine. When I'd seen it in charity shops previously I'd dismissed Eleanor Oliphant is Completely Fine as being soppy chick-lit but it was wonderful. If you enjoyed A Man Called Ove you'll love this. I read it in a few hours, always a sign of a good book. 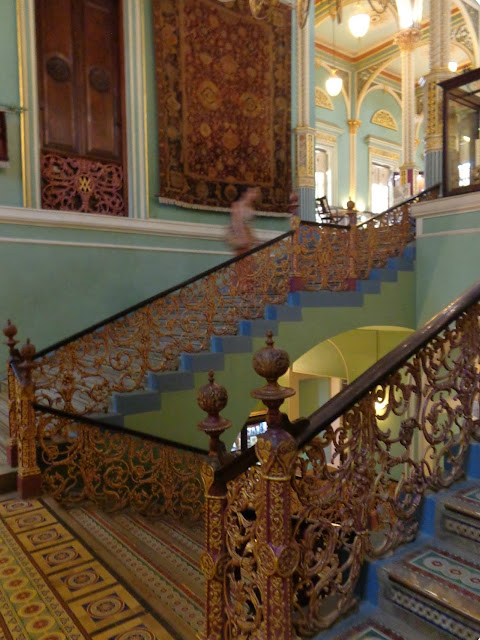 Once Jon got back I poured us both a large glass of wine and we watched the final episode of Secrets of the Museum. Neither of us has been to the Victoria & Albert Museum but have visited its wonderfully opulent Indian counterpart in Mumbai, now called the Dr Bhav Daji Lad Museum, which opened its doors in 1872. 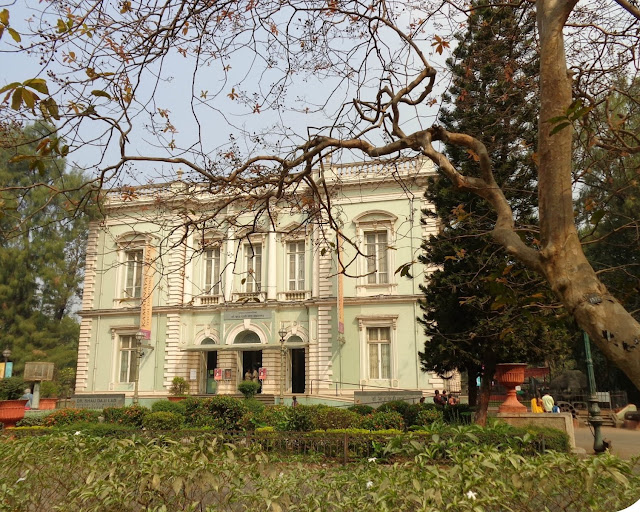 Talking of travel, we're off on a National Trust adventure in the morning. A house (and a county) neither of us have visited before. It's the first time we've left the Black Country for a fortnight! 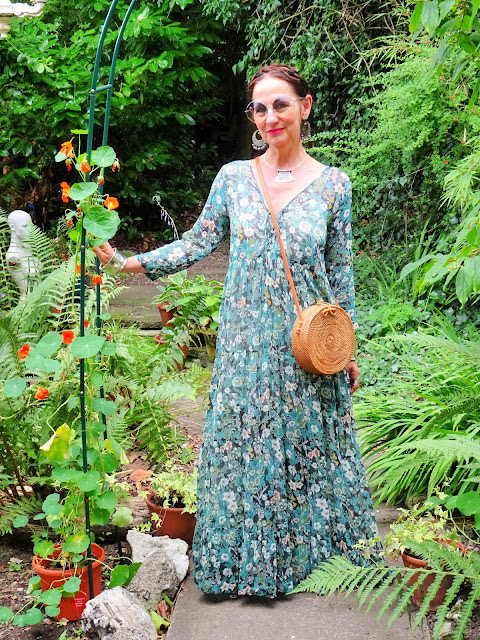 Email ThisBlogThis!Share to TwitterShare to FacebookShare to Pinterest
Labels: Books, Gardening, Mumbai, Out and About, Outfit