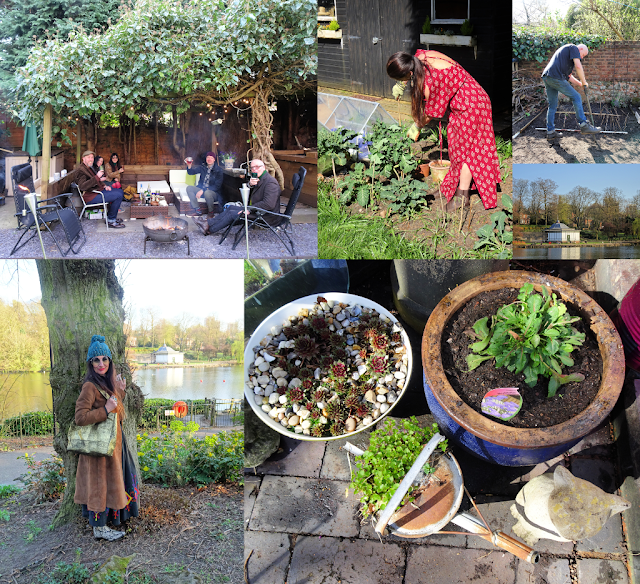 On Saturday morning Jon got up first, made tea and brought it back to bed where I continued reading The Cobra and he snoozed. When he got up I put the upstairs plants in the bath to soak, stripped and changed the bed, loaded the washing machine and joined Jon in the kitchen for sausage sandwiches and coffee. 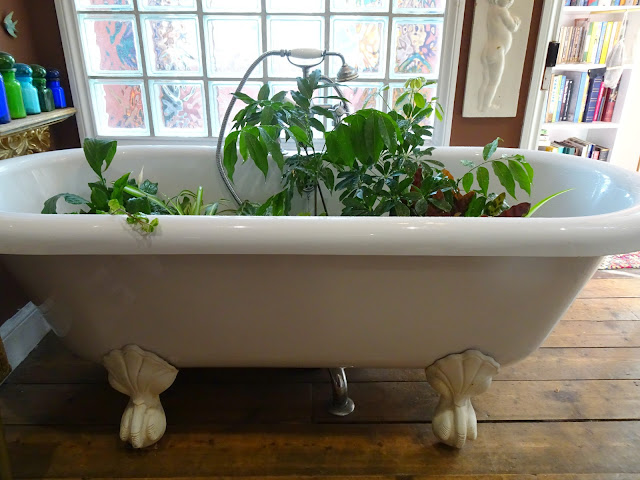 After I'd misted the seedlings I continued researching my paternal family tree. I'm not a paid-up member of any genealogy websites but Jon treated me to a DNA ancestry kit a few years ago and I've discovered that I can access the basic information for free. I'd only started looking the previous day and after an hour I'd managed to trace Dad's side of the family back to Thomas Robert Ridgeway, my 9x great grandfather, who was born in Ibstock in Leicestershire in 1619. Not bad considering that when Dad died, and I was trying to sort out probate, I didn't even know his parents' names! 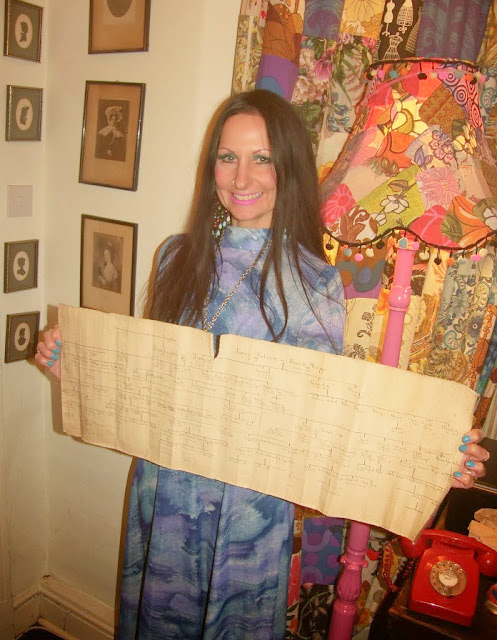 Mum's family is well-documented. My Grandpa's aunt Phyllis spent a large part of her life researching the family tree and when she died in 1977 her work was passed on to me. We're descended from Thomas Guy, founder of the London hospital that still bears his name (blog post HERE). 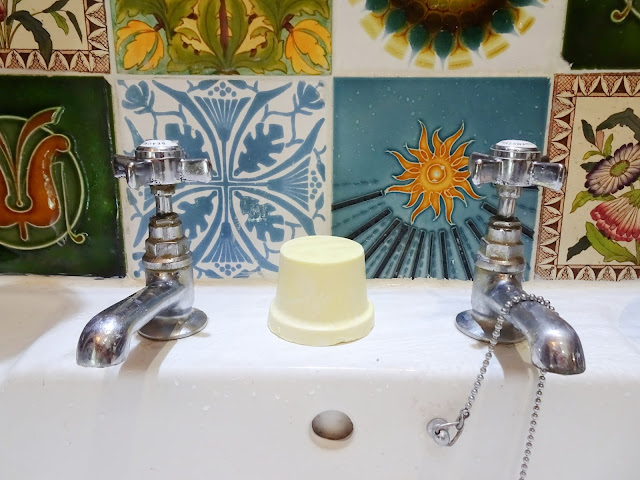 Richard the postman arrived with the Lush body moisturiser I'd ordered a couple of days ago. It's not cheap but smells gorgeous, lasts ages and doesn't make your skin feel sticky and slimy like cheaper stuff does. 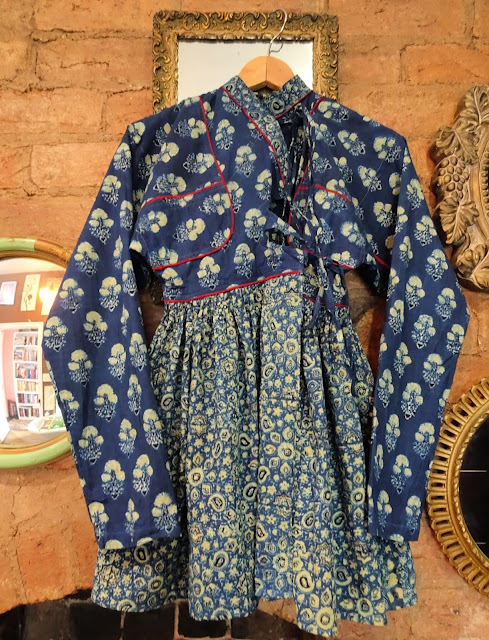 I also received this incredible block printed kediya my lovely friend Betty had spotted on eBay and emailed me with the link. It's based on the traditional tie-fronted frock coat worn by the Rabari people of the Kutch region in Gujarat and still has the tags attached. 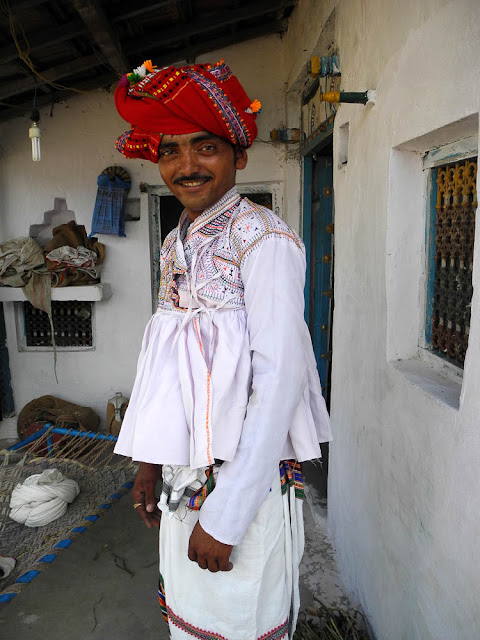 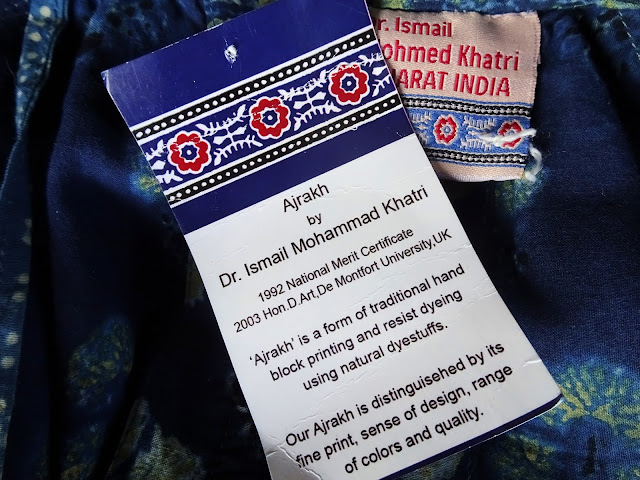 By strange coincidence, we'd actually met Dr Ismail Mohammed Khatri when we'd visited Gujarat back in 2018 and he'd escorted us around his block printing workshop. Isn't it a small world? You can read more HERE. 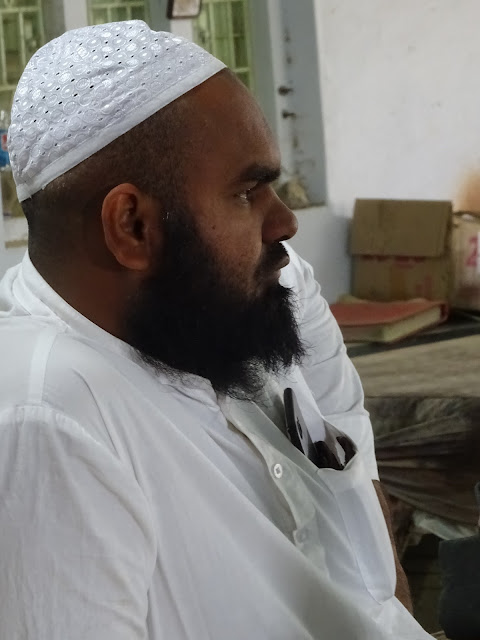 As well as it being Liz's birthday on 29th March it was also Adrian's and he and his wife (also called Liz) had invited the four of us round to their garden to celebrate. The relaxation of the Covid rules couldn't have been more perfectly timed, we'd not been together as a group since 2019 what with us being away at the beginning of last year and then lockdown. 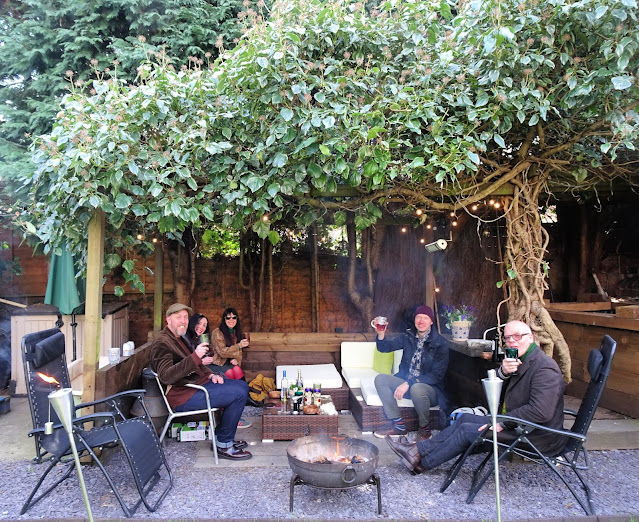 It was a gorgeous - but chilly - afternoon and we all clustered around the firepit, drank and tucked into the Indian feast Adrian had prepared for us. My coconut dhal was gorgeous. There was also chicken tikka for the others (I'm the only vegetarian). 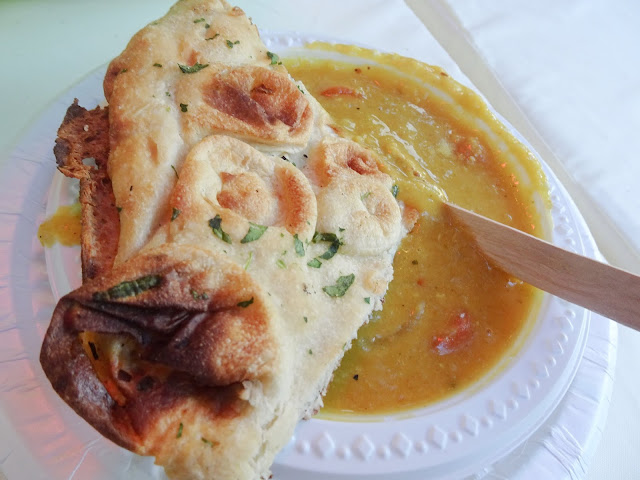 Liz and Adrian's house backs on to Walsall Arboretum (the Arbo to us locals), an 80-acre Victorian park in the town centre. As it was still light when we left we took the scenic walk home. 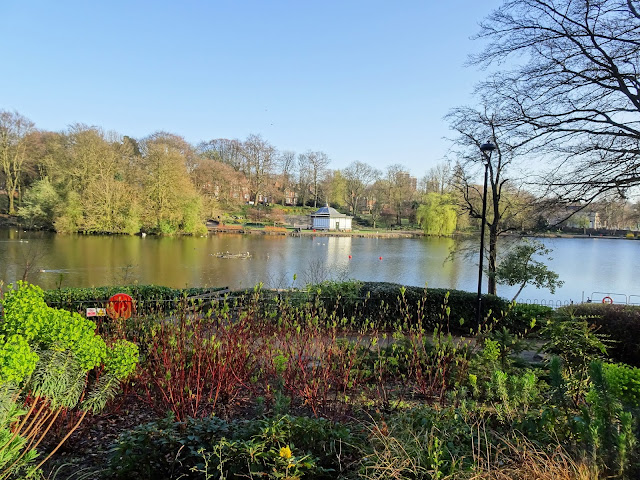 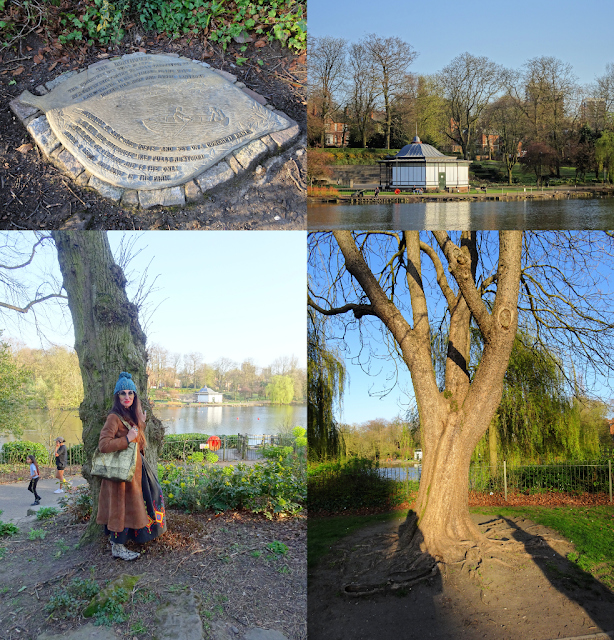 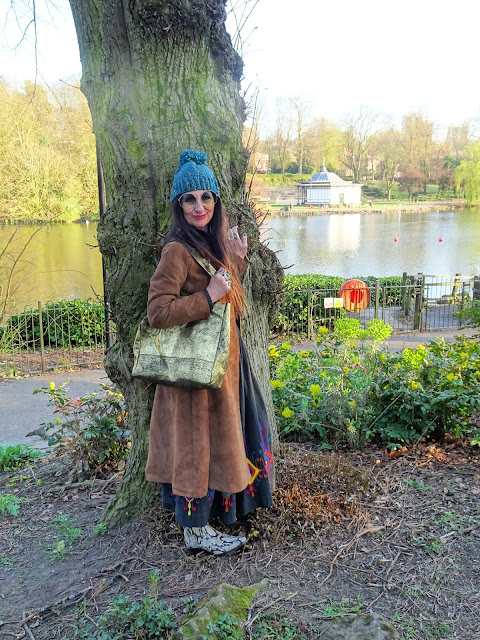 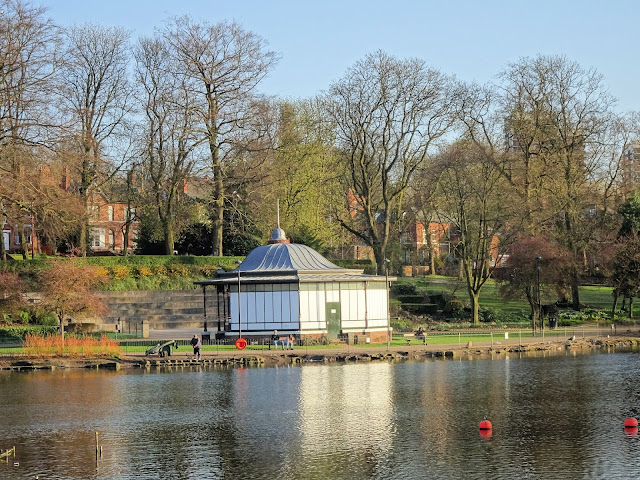 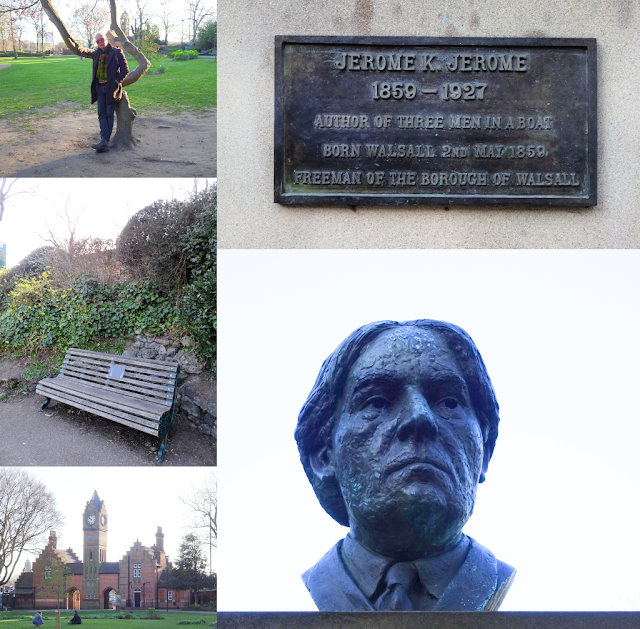 Back at home we changed out of our smoky clothes, poured ourselves a large rum & cola and spent the evening watching more Waking the Dead (not to be confused with The Walking Dead, we don't do zombies!) 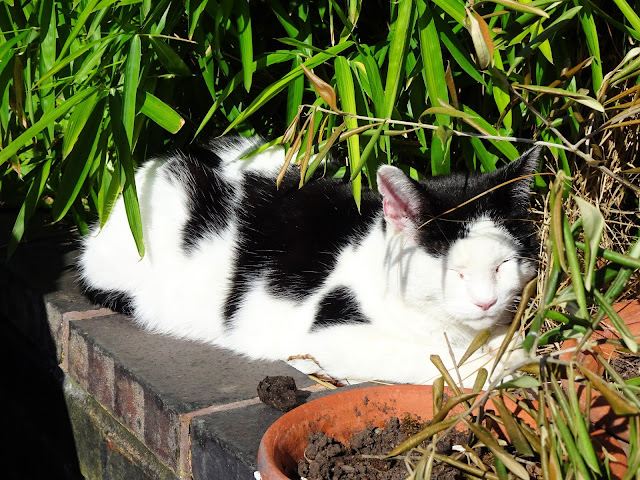 There was a frost when I got up at 6.30am on Sunday although it was gloriously sunny. I took the plants out of the bath, threw a load of washing in the machine and brought mugs of tea back to bed where we lay and read until 8am. I pegged the washing on the line, we had toast for breakfast, left the lads basking and cracked on with the gardening. 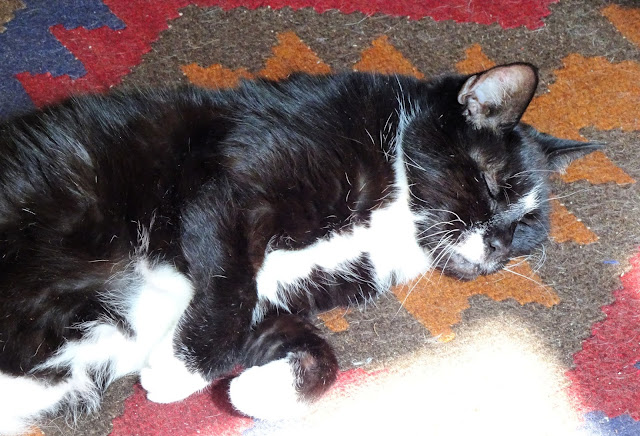 After we'd weeded, Jon dug some soil conditioner into the empty bed and planted potatoes and some of the rhubarb we'd picked up on Friday. 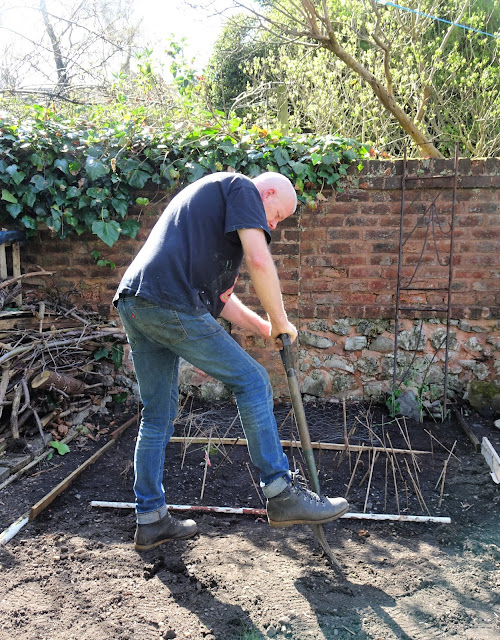 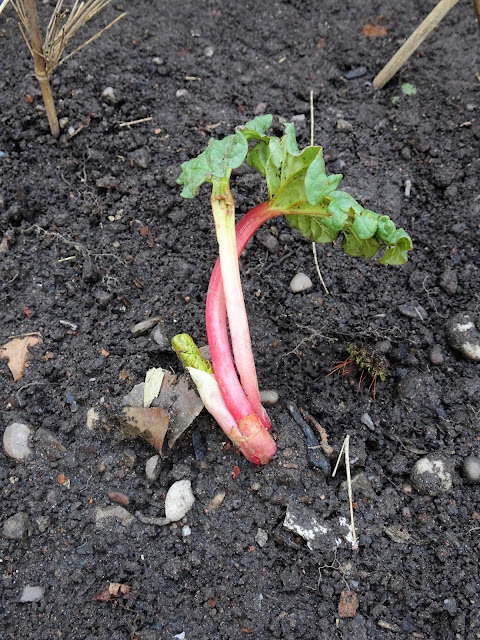 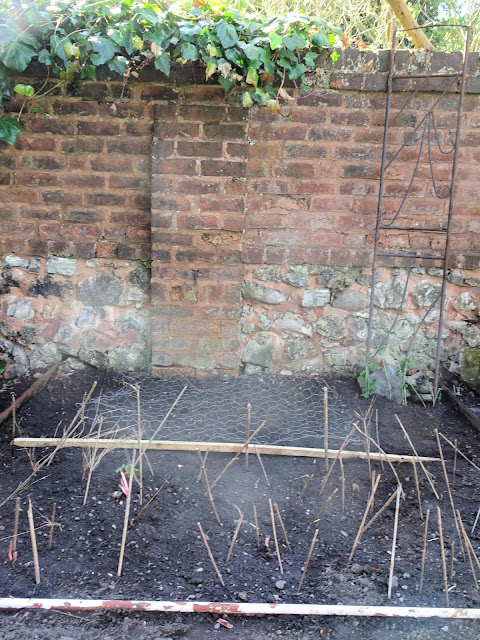 On Gardener's World on Friday Monty planted out some sweet peas which reminded me of a clump that grows wild in the garden each year. Jon dug up what he could and transplanted them to the back of the bed with an old gazebo frame for them to (hopefully) grow up. 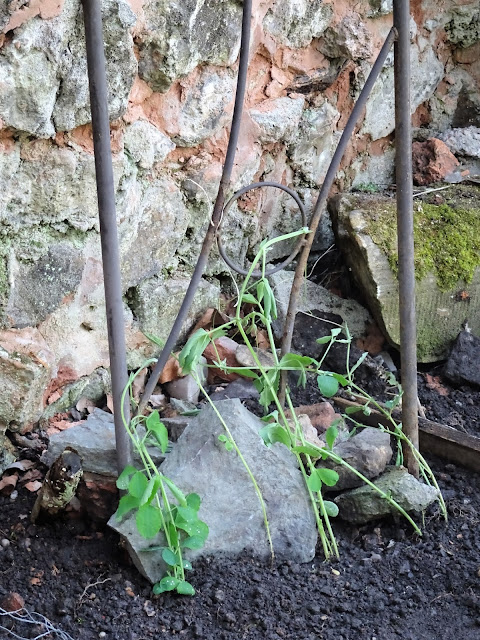 Meanwhile, I staked our purple sprouting broccoli and harvested some for our tea. 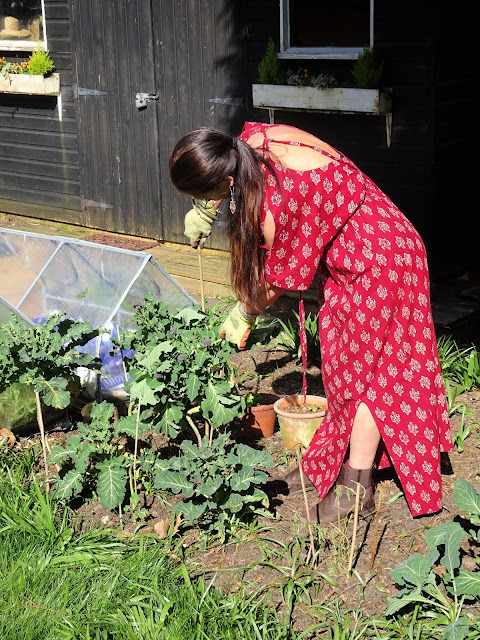 After a break for noodles, Jon had a change around in the greenhouse to accommodate the potting bench we'd bought from Spencer and I planted my Wilko hosta bulbs into pots positioning them by the pond. 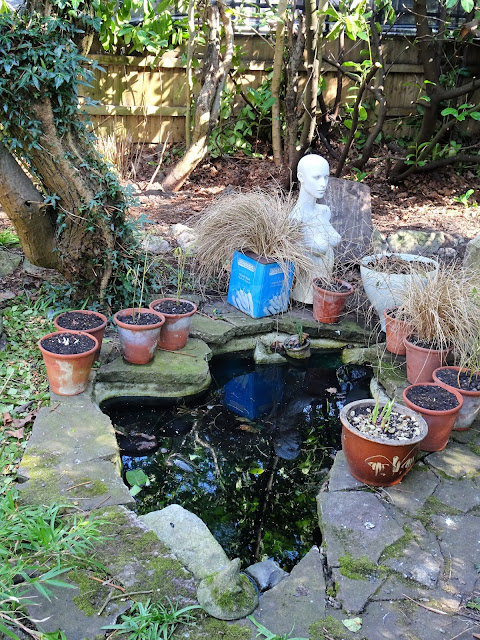 Jon planted the rest of the rhubarb into the ex-bamboo patch whilst I dug out the bluebells that had started to engulf the patio bed. I sorted out my patio pots, transplanting some of the contents elsewhere and giving everything a good dousing with water. 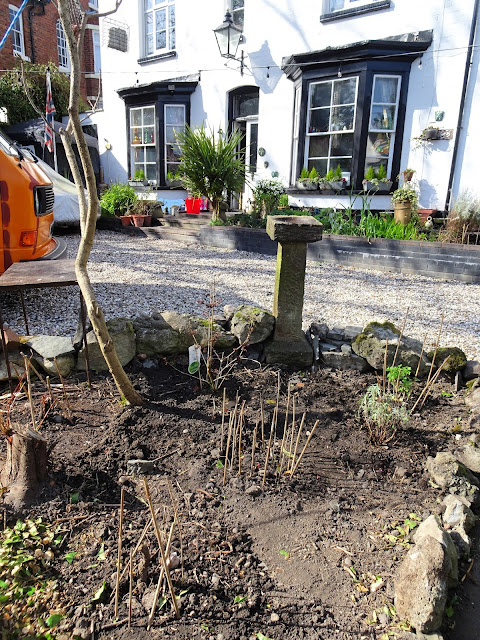 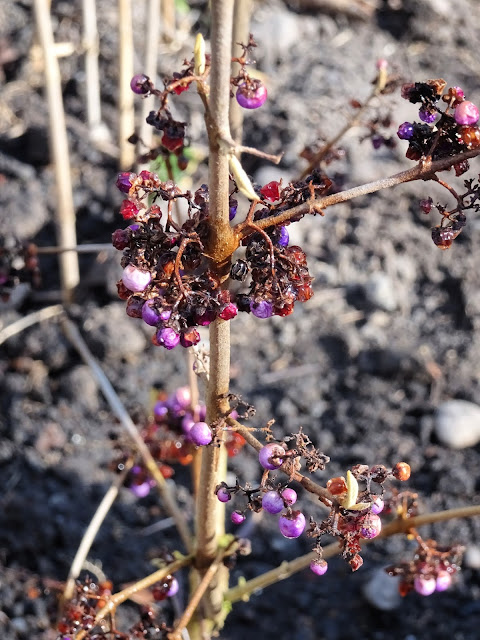 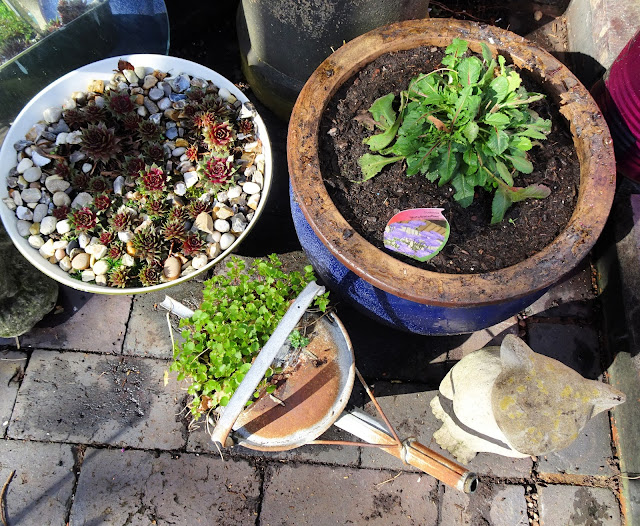 By 4pm we called it a day, packed everything away and adjourned to the shelter for a posh coffee. 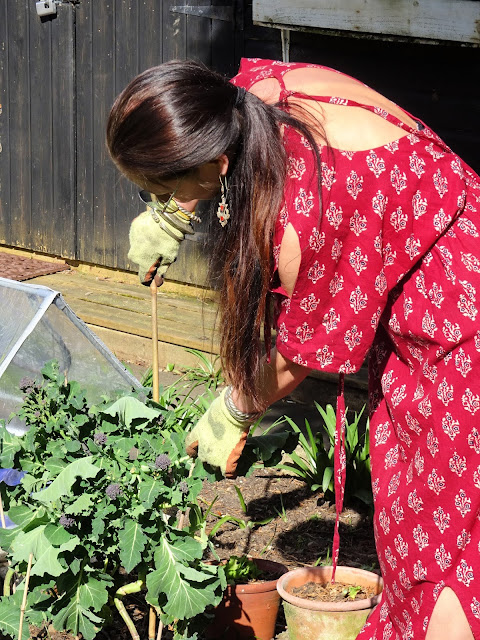 Tea was another Higgety pie, courtesy of Tony. Jon got a bit carried away & cooked far too much and I ended up leaving one of the parsnips and nearly all the potatoes. 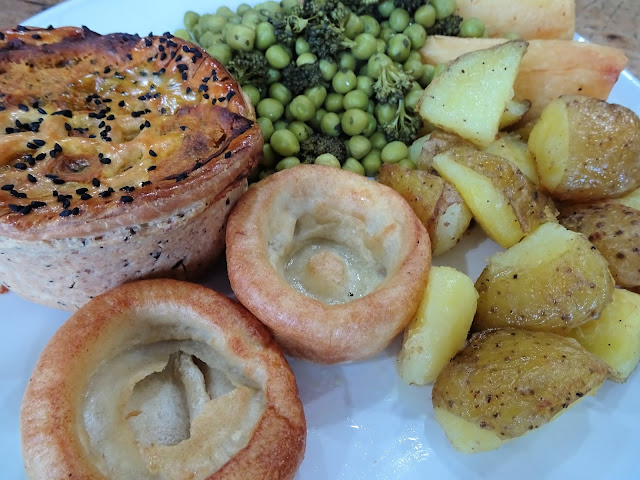 Email ThisBlogThis!Share to TwitterShare to FacebookShare to Pinterest
Labels: Block Print, ebay, Food, Gardening, Gujarat, It's All About Me, Jon, Our House, Out and About, Outfit, Pets