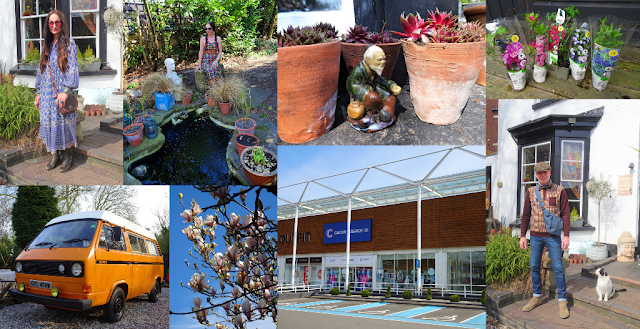 Even though Jon always gets up first on a Saturday I was wide awake so made tea and brought it back to bed. I read and he snoozed until 8am when he got up and I stripped and changed the bed. Leaving him misting the seedlings, I loaded the washing machine and after a coffee pegged the laundry out on the line. Even though there had been a frost when I got up there was already some heat in the sun. We had toast for breakfast and then got cracking on our respective tasks.

Since I'd cleared the area next to the Kinky Shed the mess behind was visible so I got to work clearing it, digging out brambles and more bam-bastard-boo. Using old builder's sacks I covered my work and weighed it down with bricks. Years ago the area had been edged by a rockery, I prised the stones out of the undergrowth to use elsewhere and also managed to dig out nine ferns. 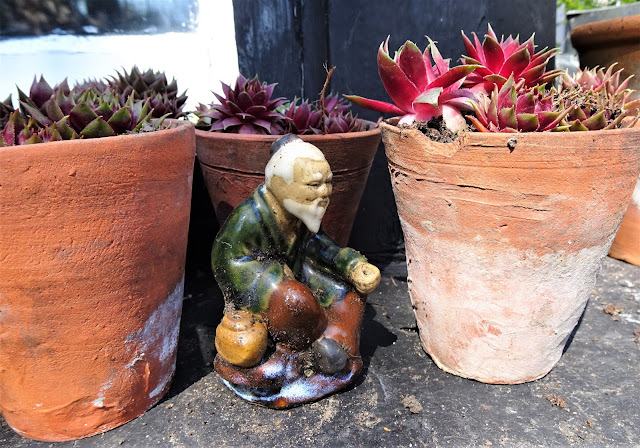 I dug this figurine out from the undergrowth. Do I need to take it to The Antiques Roadshow? 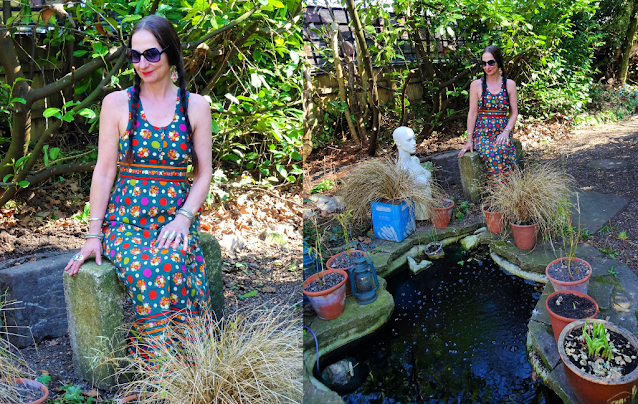 After a break for noodles, I transplanted the ferns, moved a hydrangea, a nepeta and a clump of forget-me-nots and then lay in the sunshine and slept for an hour. After spending the last 21 years wintering in India I'm appalled at how pale my skin is. Come on Summer, get a shift on! 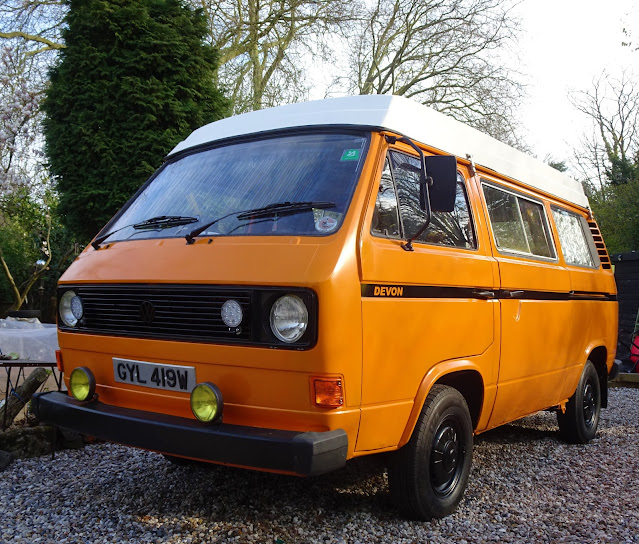 Jon, meanwhile, had been spray-painting Gilbert's bodywork. If he'd paid to have him done professionally it would have cost in excess of £4000 as opposed to buying three cans of £15 automotive spray paint and spending half a day applying it. He'd also attached some more retro lights to Gilbert's front grille. 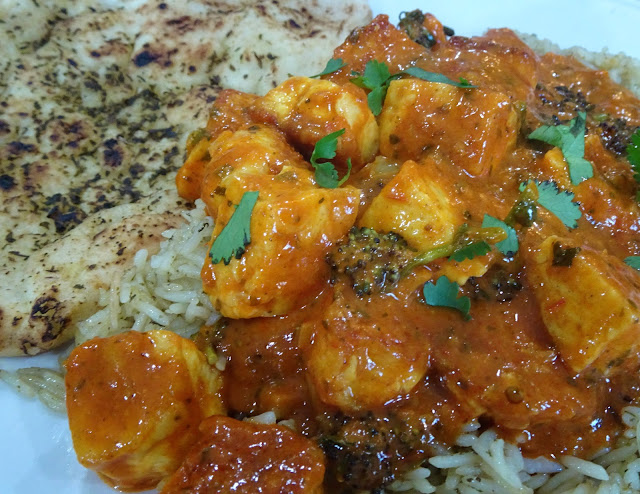 As it had been two months since I'd last done my roots I sorted them out then joined Jon in the kitchen for a homemade paneer curry and a bottle of beer. The evening was spent with rum and Waking The Dead. 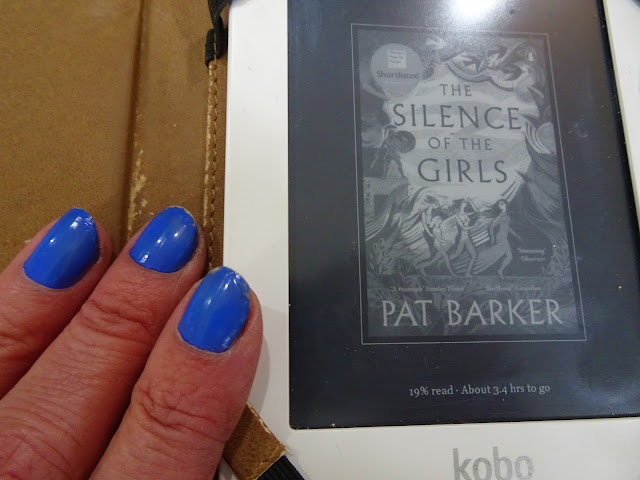 On Sunday I was up first, had a wander around the garden in my dressing gown and slippers and took mugs of tea back to bed. I'd run out of books but remembered I'd downloaded The Silence of the Girls before we visited Crete in September. Described as a feminist Iliad, it's Pat Barker's retelling of Homer's epic poem and is utterly compelling. I'd reached chapter seven before I got up. I had to translate The Iliad from Latin for my Classical Studies A Level - this is a lot easier to read! 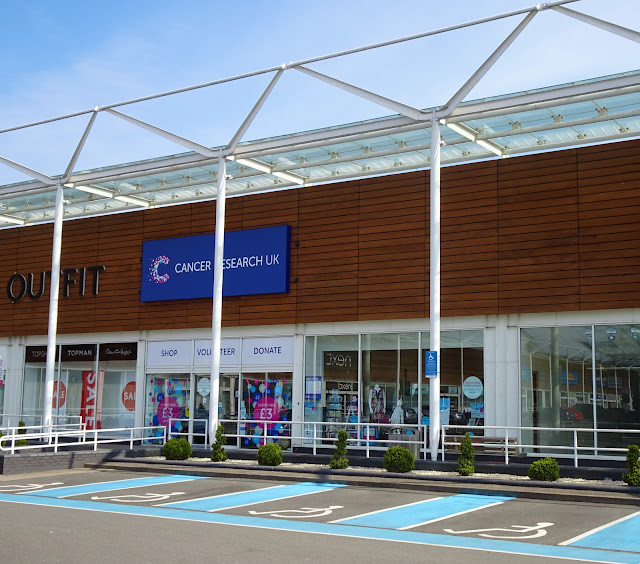 Breakfast was sausage sandwiches accompanied by the Andrew Marr Show. I pegged some washing on the line and put the seedlings outside for some sunshine after Jon had watered them. We'd had an email to say that our roses were out for delivery and, as luck would have it, they arrived dead on time. As we needed some rose food from Wilkos we thought we'd combine the trip with a visit to the clearance charity shop. We'd not been since December 2020, when the rules of lockdown led to the closure of all non-essential retail. Since Monday frivolous shopping is now allowed! 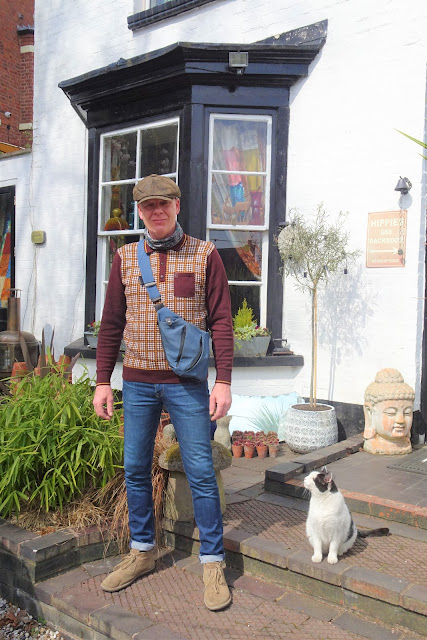 Don't leave me, Dad! Jon's all dressed up with somewhere to go. 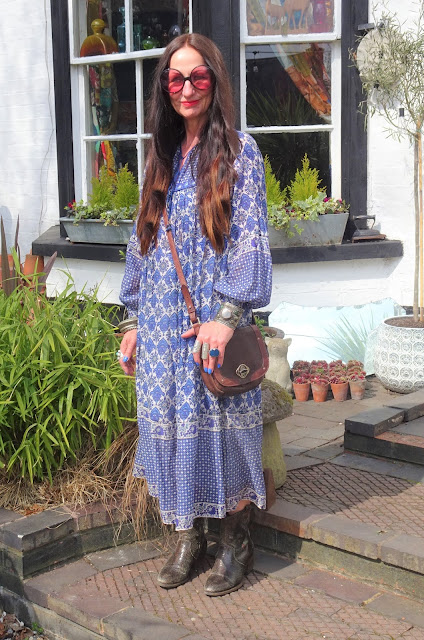 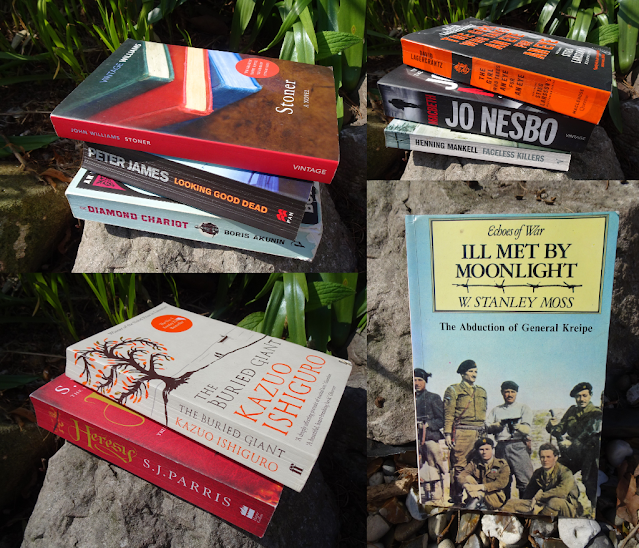 There have been loads of reports on the news about charity shops being inundated since they reopened. There were only five other shoppers in ours! Top of the list were books and at two for 99p we filled our basket. 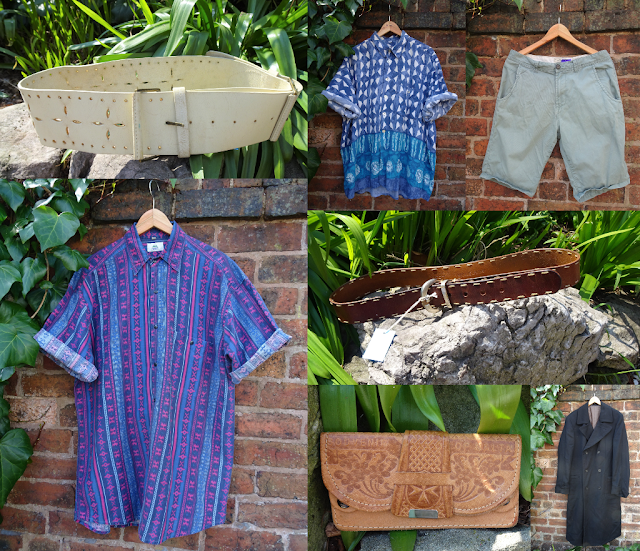 Jon found a very smart pure new wool Italian gents' overcoat and two 1980s cotton shirts (all three far too big for him but perfect for the stockroom) and a pair of shorts. I bought a Nine West leather belt, a French Connection ivory leather belt and this gorgeous vintage tooled leather purse, a souvenir from Malta, a place I know well (I've visited four times and nearly ended up living there!) I had to giggle when I found a receipt from John Menzies dated 1993 tucked inside it - it's been lying in someone's cupboard for almost thirty years.  The women's clothes weren't particularly inspiring although it was lovely to handle different things - the vintage was of the synthetic, shoulder-padded 1980s variety and the rest was the usual bland high street fashion. 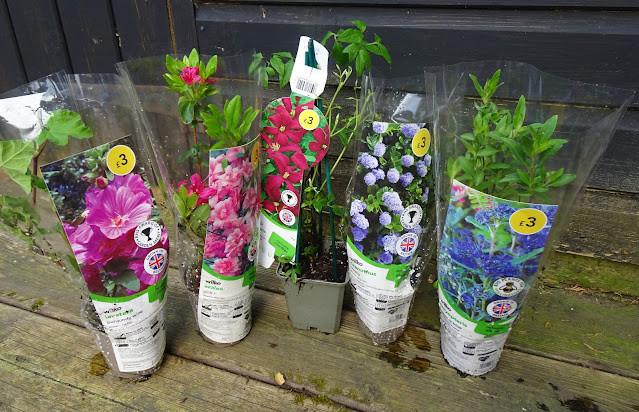 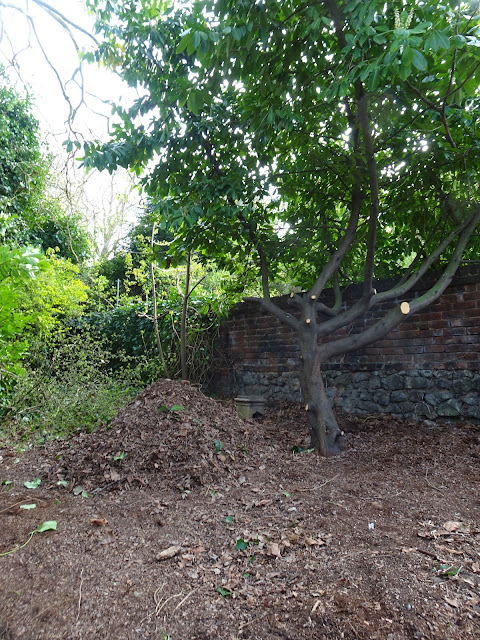 Back at home, we had a bowl of noodles (Tess - lovely to read your comment & virtually meet you - they're spicy Chinese noodles. Lunch is fuel rather than a meal to savour and noodles are quick and tasty!) and spent three hours shredding garden waste (me), chopping down a tree and raking leaves (Jon). After leaving them soaking for 2 hours we planted our roses and retreated to the house for a mug of tea followed by salad and a Greek feta and roasted red pepper quiche. I'm already excited about Line of Duty at 9pm. 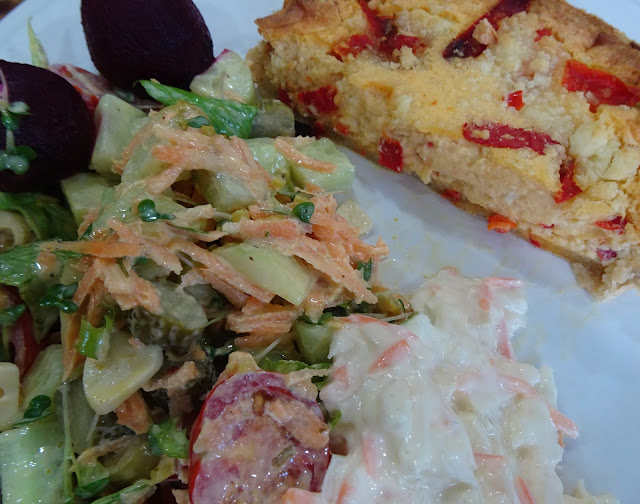 Jon was watching the motor racing (yawn) so I had another look at my tree. Blog reader Amanda had left a comment on my last post, she'd managed to discover the name of my great-grandmother as well as the location of her grave. I popped Eliza Martin (b.1874) into my family tree and was able to discover that she'd died in 1899 at the age of 25. From that information, I was able to trace her mother's side of the family back to my 5x great grandfather James Bubb (1805 - 1871) who lived in Hereford and was a master carpenter by profession. On Eliza's father's side, I traced the lineage back to my 11 x great grandmother, the wonderfully named Tabatha Garret, born in 1595 in Norfolk. Thanks so much, Amanda! I owe you a beer!

Huge thanks & a virtual beer to Elizabeth, as well. She left me a link to the origins of my surname, Brearley, in the comments. I had no idea that it was the most ancient of Anglo-Saxon surnames. The article also mentioned one of my ancestors so lots to investigate there.

I'm so lucky to have such amazing people visit my blog. Please accept my apologies for falling behind on replying to your comments here and on Facebook, I promise I will very soon.

Email ThisBlogThis!Share to TwitterShare to FacebookShare to Pinterest
Labels: Books, Charity Shopping, Family, Gardening, It's All About Me, Jon, Vintage Volkswagens