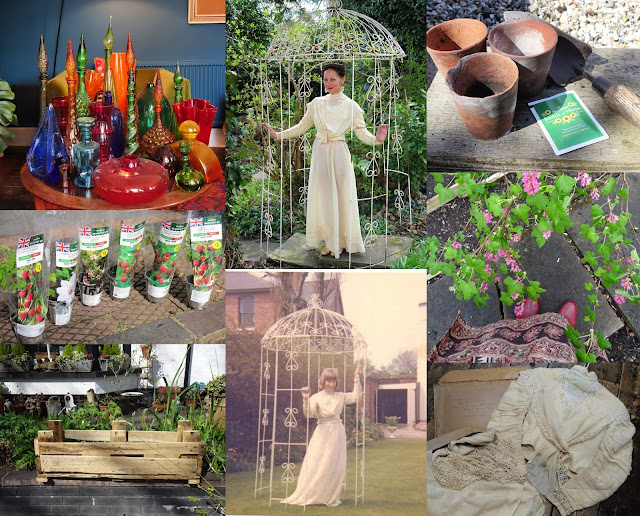 I was up first on Sunday morning and mopped the utility room floor before taking mugs of tea back to bed. We read until 8.15am, had a toasted muffin each for breakfast, watched the Andrew Marr Show and I painted my nails. 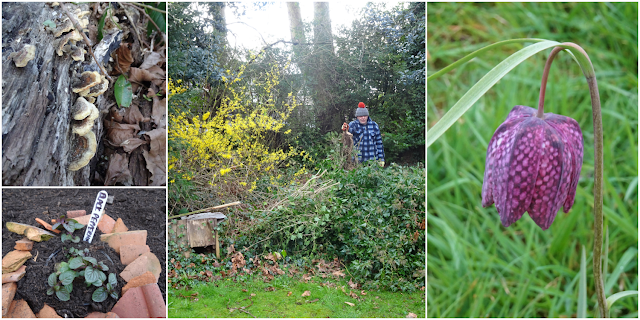 Although it had snowed for almost 2 hours, it hadn't settled and by 10.30am it was dry and sunny so we spent another day in the garden. I weeded and Jon continued with clearing the top of the garden. 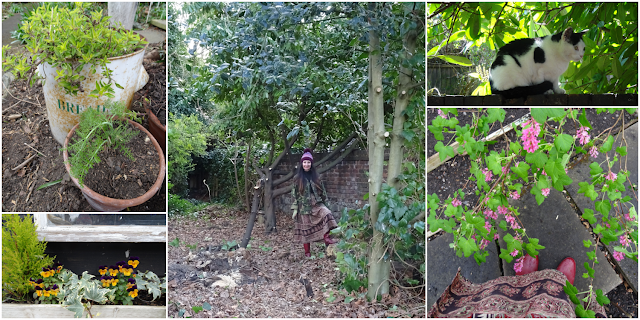 After a break for noodles, we made a rustic strawberry planter from an old oak pallet the joiners had left us when they fitted the windows last September along with some bits salvaged from the woodpile. 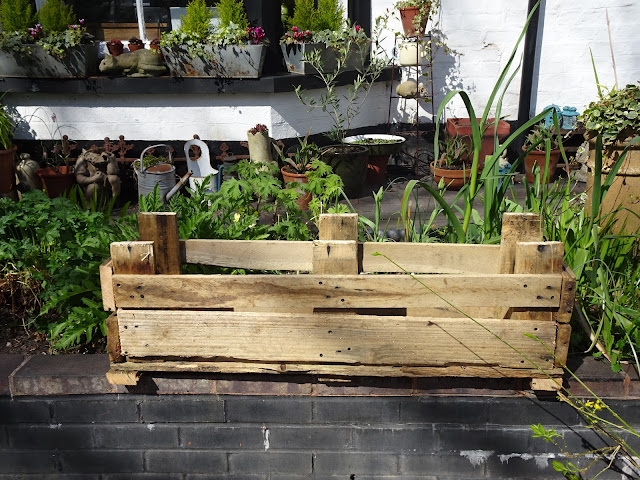 Back indoors I wrapped the weekend eBay sales and swept the upstairs rugs. Jon couldn't find Stephen and walked around the garden searching for him spotting him frantically tapping the window in the Kinky Shed window, I'd not noticed that he'd followed me in when I got the stock out and I'd locked him in! 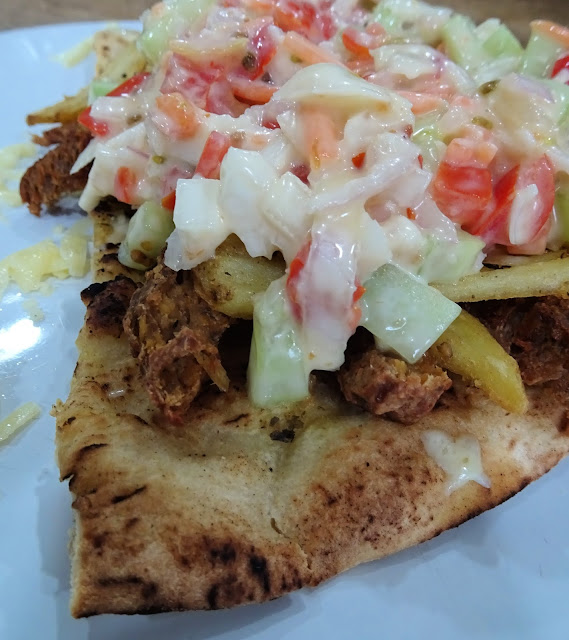 Jon made veggie sort-of-gyros for tea - thinly sliced vegeburgers & salad on naan. We watched a couple of episodes of Waking The Dead and, the highlight of the week, Line of Duty. 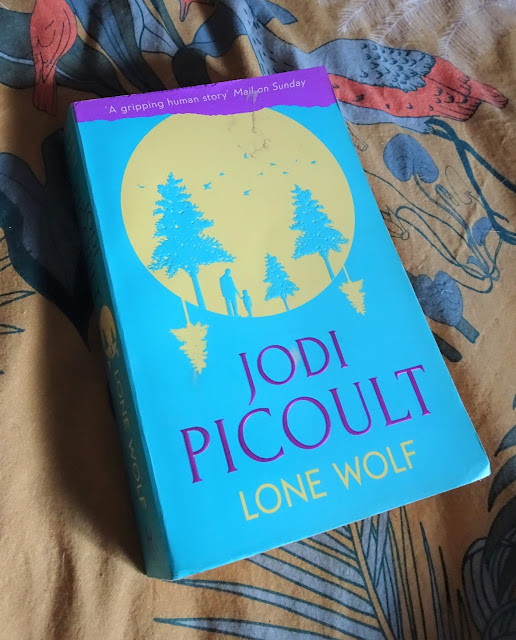 I continued reading Lone Wolf in bed. I'd forgotten how much I enjoy Jodi Picoult's writing. 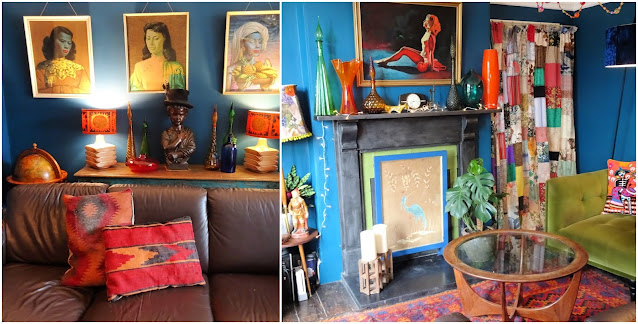 On Monday morning, after my Wii Fit workout, I gave the lounge a proper clean, washing my collection of vintage glass, polishing the furniture, sweeping the hearth and scrubbing the chandelier. I washed the throws and cushion covers and hung them outside on the line before joining Jon for breakfast.

Jon did the post office and supermarket run whilst I dug a family heirloom out from under the bed. After four months, non-essential shops reopen in England today. Much as I enjoy a rummage in a charity shop I'm having far too much fun at home to bother with the town centre. 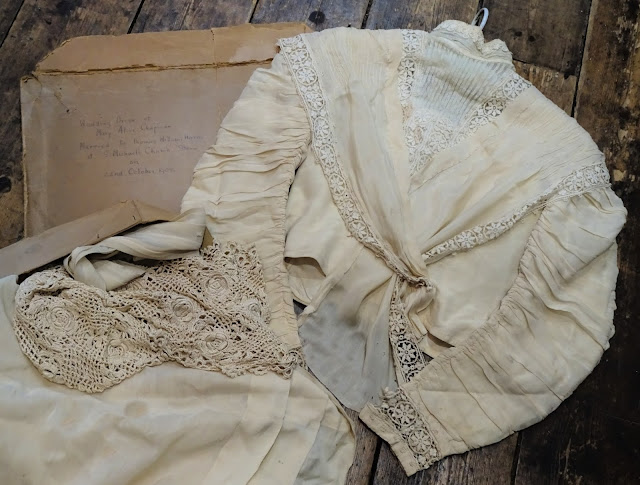 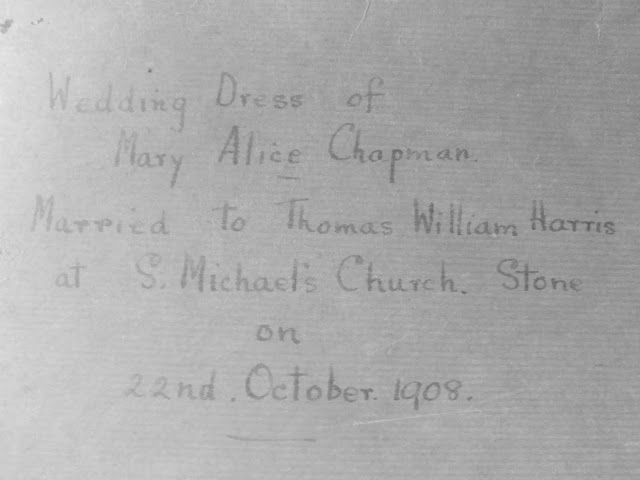 My Great-Grandma, Mary Alice Chapman (1880 - 1957) was born in Stone, Staffordshire and known as Alice. As mentioned in my last blog post (HERE) her mother, Elizabeth Adams (1854 - 1933) was a descendent of the Adams pottery dynasty. Her father, John James Chapman (1854 - 1910) was, according to the 1881 and 1891 census, an architect and sanitary inspector - the Victorian equivalent to an environmental health officer. 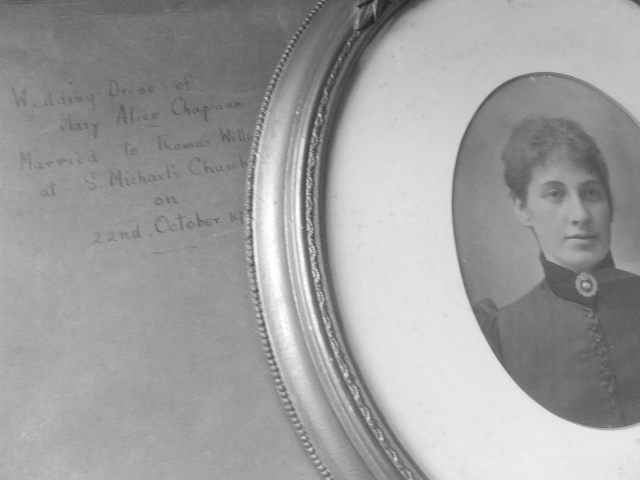 This monogrammed silver locket bears Alice's initials. It was a 21st birthday present from her parents and contains their images. I occasionally wear it as, unlike most antique jewellery, it's pleasingly chunky.

Alice had five younger siblings, Andrew, Dorothy, Bertha, Florence & Winifred. They were an affluent family, employing a number of live-in servants including the splendidly named Fanny Wildblood, who was listed in the 1891 census as being 17 years of age. I visited the family home in Kings Avenue, Stone, as a child, an impressive Victorian villa where Great-Aunt Phyllis lived until her death in 1976. 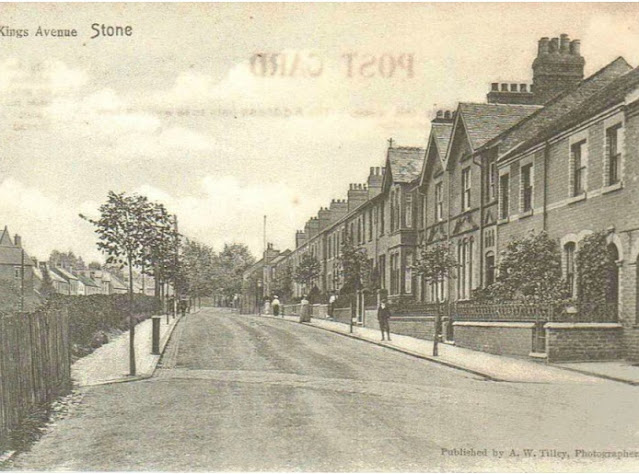 Here's me wearing Alice's wedding dress in 1977 and posing in Stonecroft's garden... 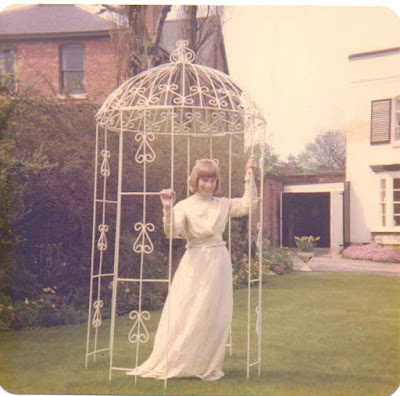 And here I am 44 years later in the same garden. The gazebo is still standing and Jon thinks I'm a freak because I'm exactly the same size as I was when I was 11! I beg to differ, I'm slightly taller. I used to think that Alice was my body double but realised that she'd have worn stays beneath her dress, I've just got my flesh-coloured pants on, the dress is terribly see-thru'! 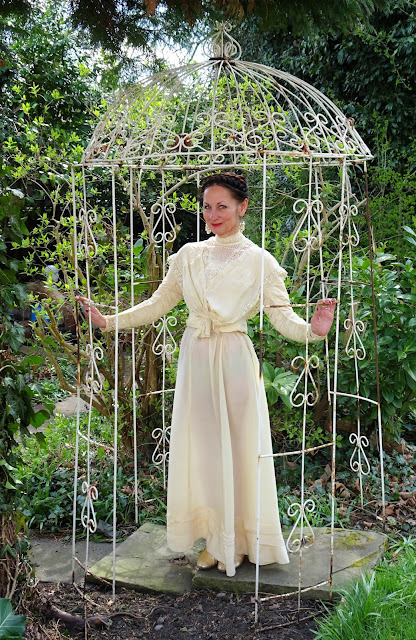 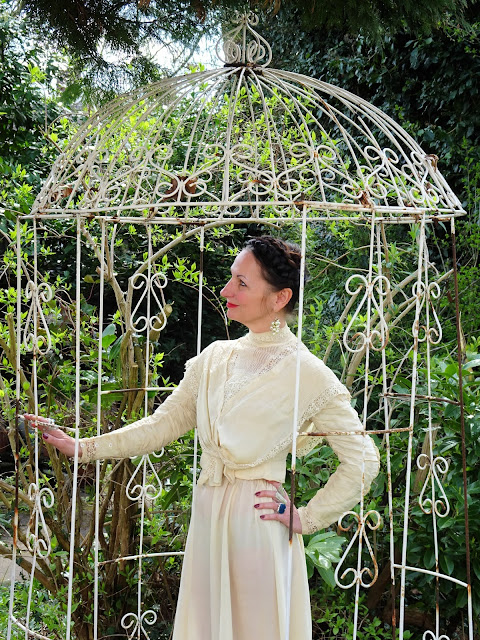 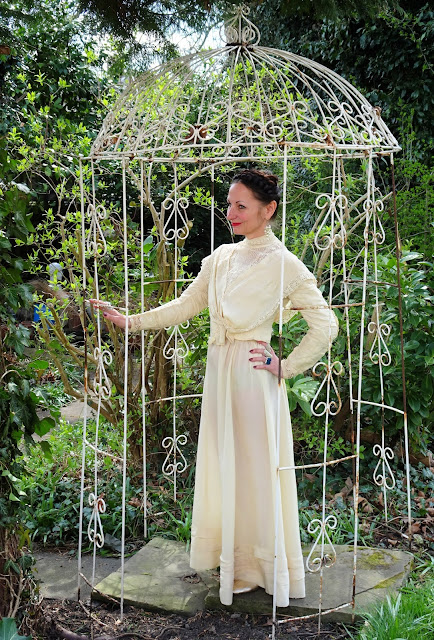 After I'd posed for photos I got changed and helped unpack the shopping. On the list was a raspberry bush but Jon being Jon, got a bit carried away. Morrisons is excellent for plants if you didn't know already! 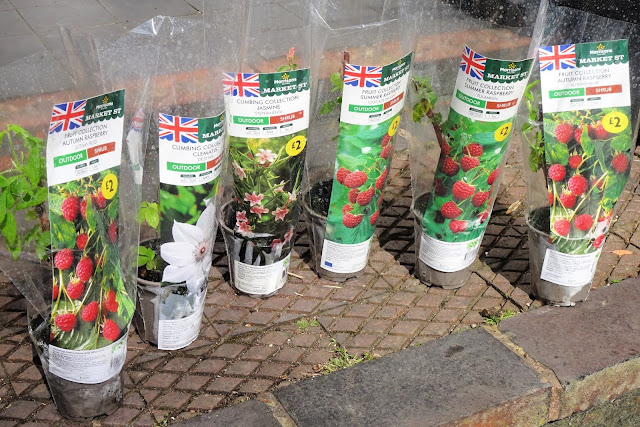 After our noodles, we got stuck into some more gardening. I cleared an area next to the gazebo, planting the new clematis beside it and popping the jasmine next to my Indian Bean Tree, hoping that it will scramble up it in the summer. The raspberry bushes, all four of them, were dotted around the raised beds and cloches. 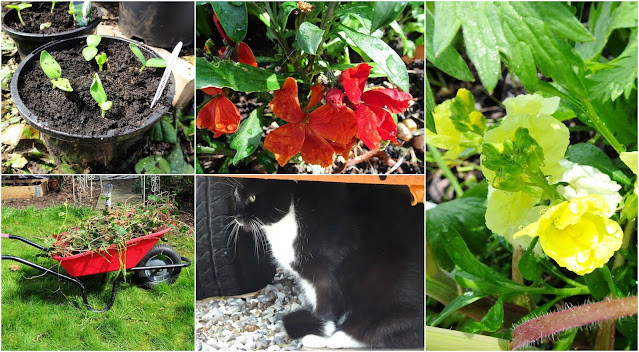 Morrisons were giving packets of sunflower seeds away free to customers this morning so I planted them along with some more basil (the first lot had failed) and some ruby red chard. My dahlia seedlings are doing well so I've pricked them out and moved half to another tray. 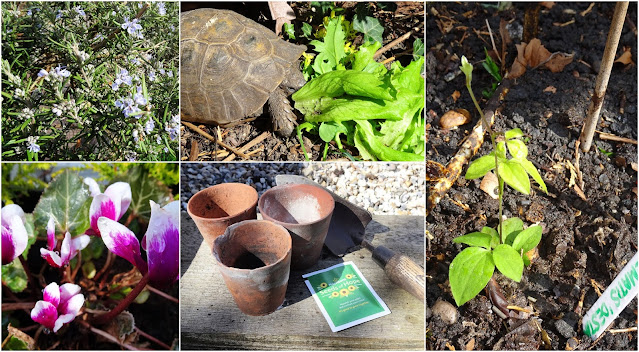 Jon repotted the Greek beans & mini-munch cucumbers, thinned out the cauliflower seedlings and then got Gilbert ready for tomorrow's road trip. 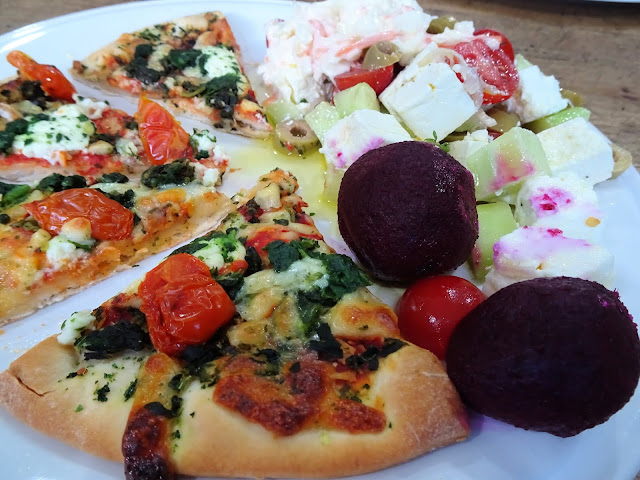 Tea was half a pizza with salad. We'll be watching more Waking The Dead & 24 Hours in Police Custody later.
See you soon!