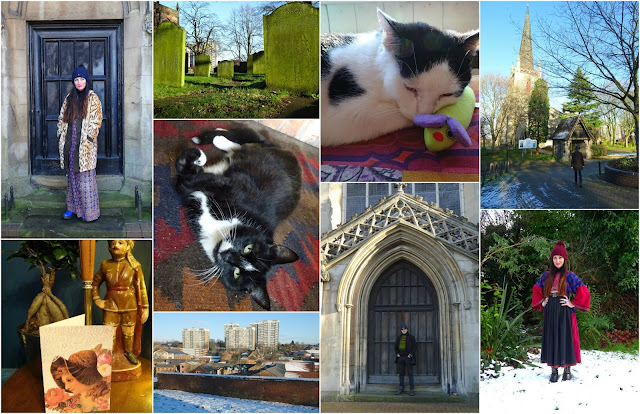 I'd just turned the TV on to start my Wii Fit session on Wednesday morning to discover that the Oxford/AstraZeneca vaccine had been approved and I woke Jon with the wonderful news and a cup of tea forty minutes later. I'd had a flurry of eBay sales overnight so wrapped them and, after breakfast, Jon dropped them off at the post office and brought me a magazine back as a treat. 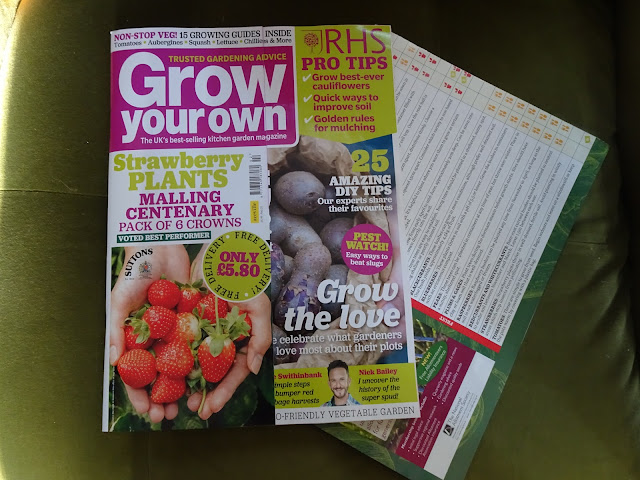 It was another bitterly cold day but beautifully sunny day so I took some stock photos in the garden and spent most of the day posting listings on eBay with a break for noodles. 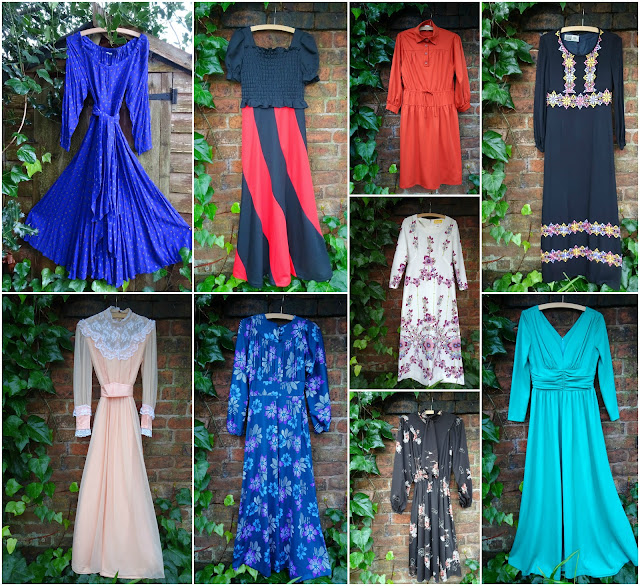 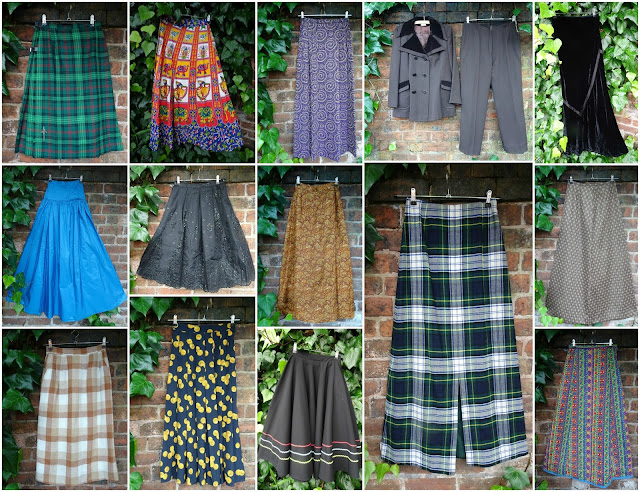 The postman delivered a lovely card from a blog reader in Canberra, Australia. Thanks so much, Jo, you made my day! 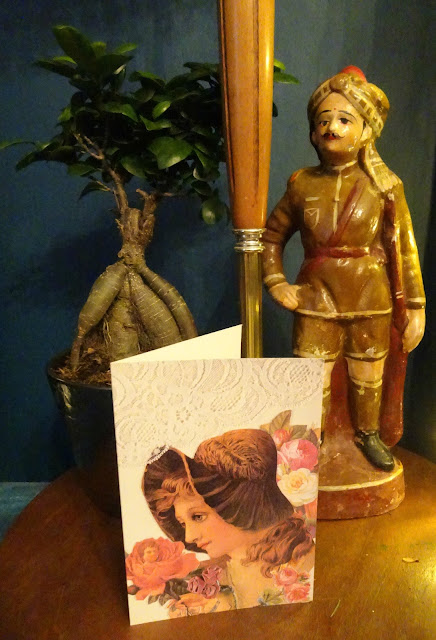 Working outside meant wearing all the layers. I did have a coat and wrist warmers on but I took them off to show off my Afghan dress, which you've seen about a million times before but this time it's on backwards just to ring the changes. 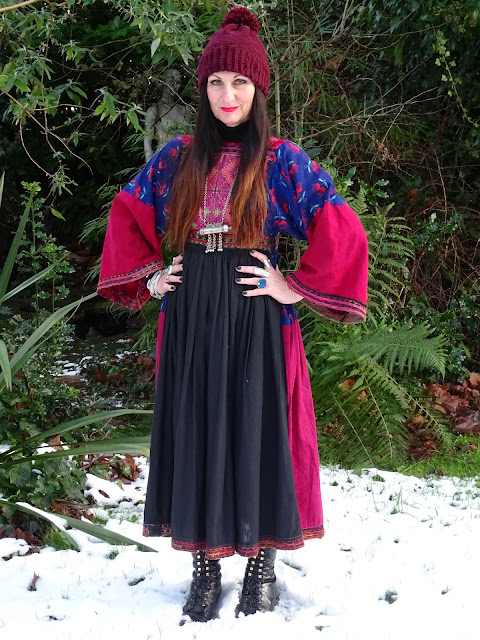 We cracked open a beer to brace ourselves for the latest government announcement at 5pm and, as expected, we had been moved into Tier 4, meaning that non-essential shops, gyms and hairdressers are closed and we're advised not to travel anywhere unless its for work or medical reasons. One person per household can meet with another person but this must be done outside and in a public space. That means no charity shops or National Trust visits for the foreseeable future so it's back to walking round the block and browsing eBay. 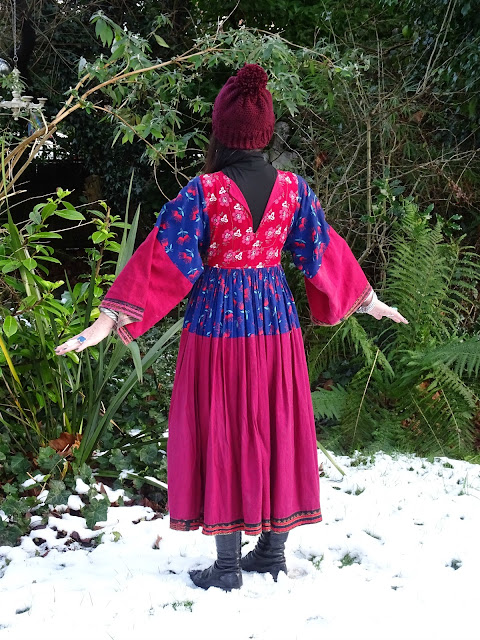 Tea was halloumi with roast vegetables. Accompanied by a few rum & colas we watched the series finale of Wasteland and started on French thriller, The Red Shadows, which was so unspeakably bad we turned it off after 15 minutes and watched The Antiques Roadshow on the iPlayer. 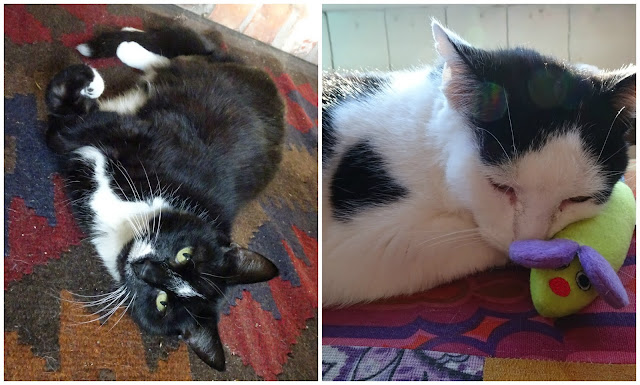 On Thursday morning I awoke to discover both lads staring at me intently, I'd dared to sleep till 6.35 am! I gave them their breakfast, threw the contents of the laundry basket in the machine, did my final Wii Fit workout of 2020, hung the washing up in the utility room and started to catch up with blog comments. After breakfast I swept the downstairs rugs and took down the greenery in the lounge as it was starting to feel very sorry for itself. 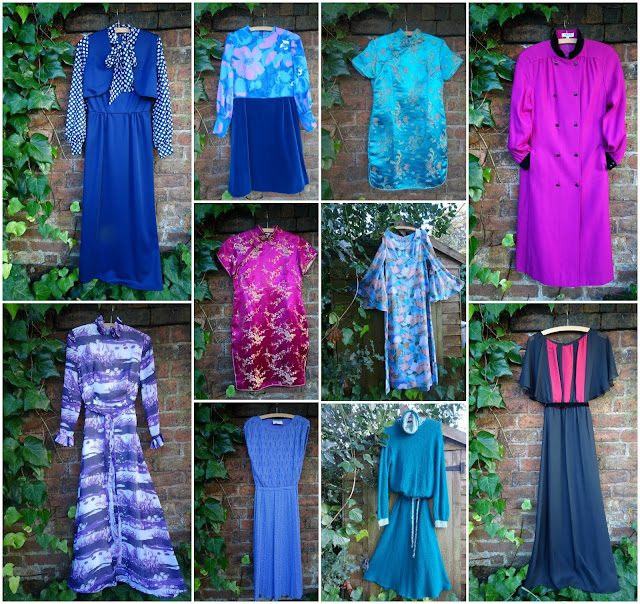 Jon continued with the Kinky Melon accounts he'd started yesterday and, as it was another beautifully sunny day, I wrapped up and took some more stock photos outside. Rummaging through my rails and rediscovering stock is just as exciting as charity shopping, perhaps more so as there's no grotty Primarni tat to plough through. 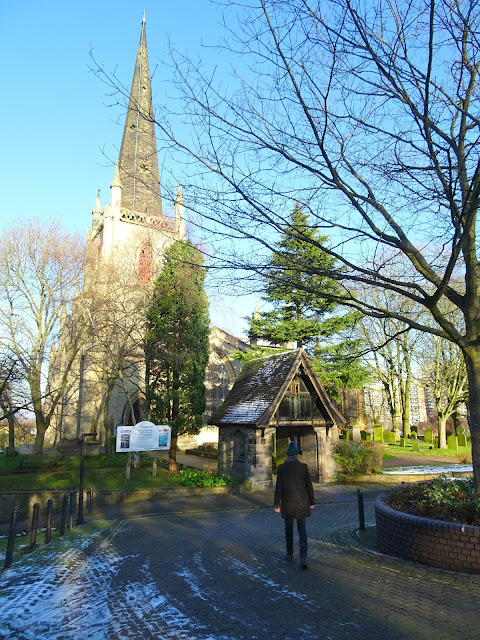 After a break for noodles Jon decided he needed a break from figures so we trudged up to St Matthew's Church, normally a five minute walk away but with the treacherous ice underfoot it took a little longer. 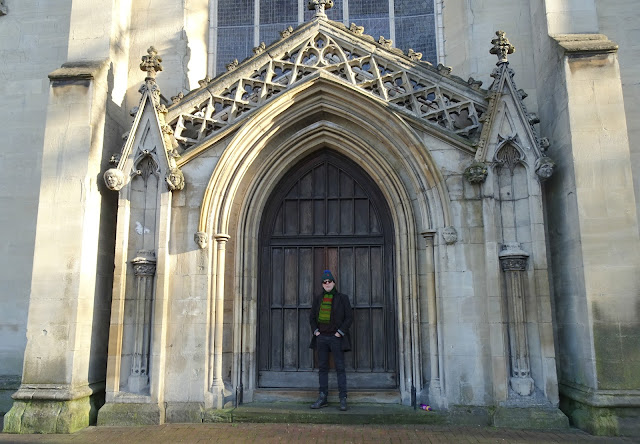 Being in Tier 4 we're not supposed to travel so it's just as well that there's lots of interesting things to look at on our doorstep. 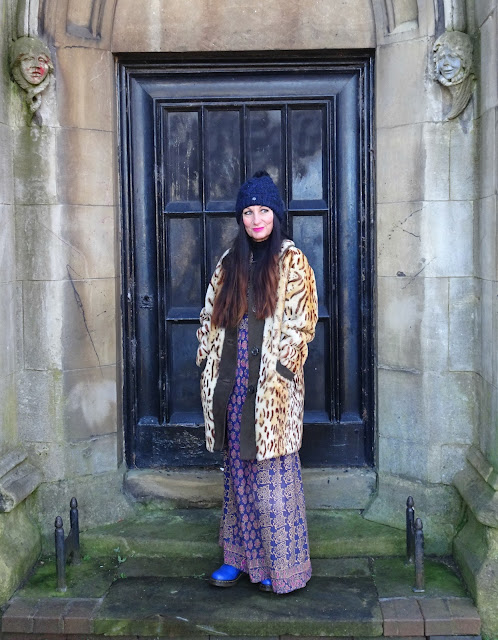 Although the building standing today was built in 1821, St Matthew's Parish Church has dominated Walsall's skyline since the 13th Century. The inner crypt dates from then but the Norman archway (see below) was built a century earlier. 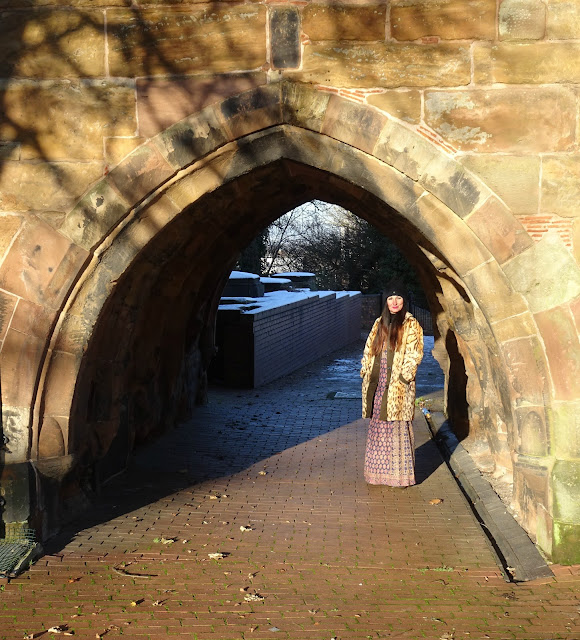 St Matthews was a big part of my life as a child, Mum's dad (Grandpa) was the church treasurer. My parents married and both my brother Marcus & I were christened there. During my time at Blue Coat we attended services weekly but when I passed the Eleven Plus and went to grammar school my parents gave me the choice as to whether continue attending the church and, following in Dad's atheist footsteps, I chose not to. I've led a godless existence since I was 11. 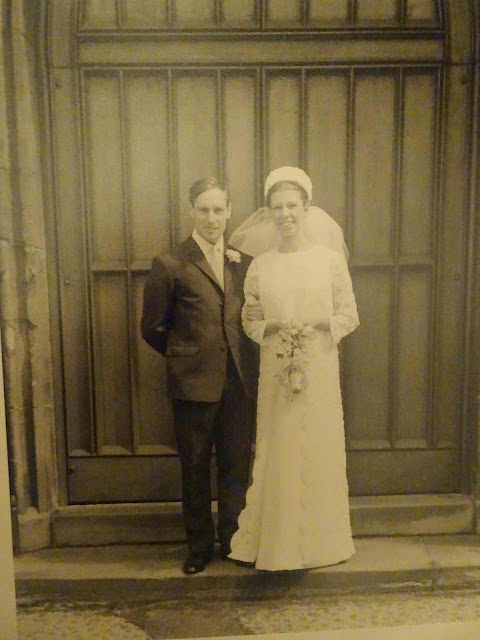 Recognise the doorway? That's Mum & Dad tying the knot on 30th July, 1966 the day England won the World Cup. I arrived in December.
Posted by Vix at Thursday, December 31, 2020

Email ThisBlogThis!Share to TwitterShare to FacebookShare to Pinterest
Labels: Afghanistan, Food, It's All About Me, Jon, Kinky Melon, Out and About, Outfit, Pets