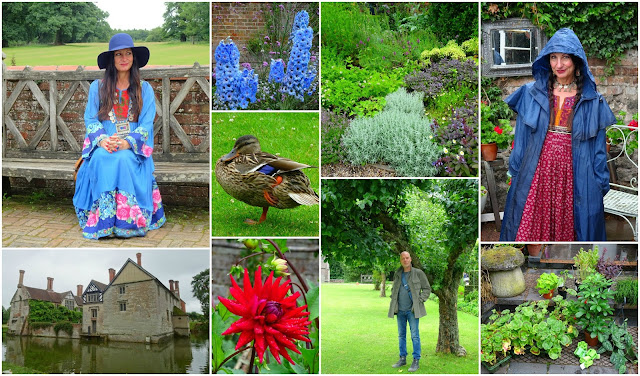 The rain that arrived at 11am on Tuesday morning was still bucketing down at 6am on Wednesday morning (day 110), Stephen dashed outside and sat watching the mice in the rockery for an hour while Frank did what he had to and went to sleep on his favourite chair. I did my Wii Fit workout and shortly afterwards was joined by Jon for fruit & yoghurt. Despite the inclemant weather we were determined to go on our planned trip, packing a picnic lunch, filling a flask and dressing in waterproof boots with macs and an umbrella at the ready. If we Brits were bothered by the rain we'd never go anywhere. 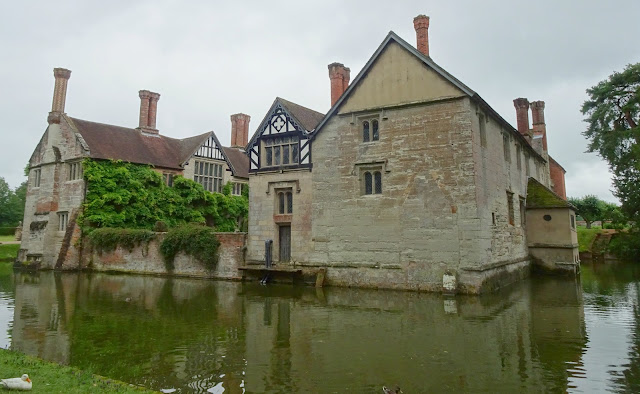 Our destination? Baddesley Clinton in the neighbouring county of Warwickshire.

A home has stood at Baddesley Clinton since before the Norman Conquest. Set in the heart of the Forest of Arden, although the moat surrounding the manor house dates from the 13th Century the house wasn't built until the middle of the 15th Century. Baddesley Clinton was acquired by Edward Ferrers in 1526 and the property remained in the Ferrers family for over 500 years until being acquired by a distant relative in 1940. In 1980 it was bequeathed to the National Trust and opened to the public two years later. 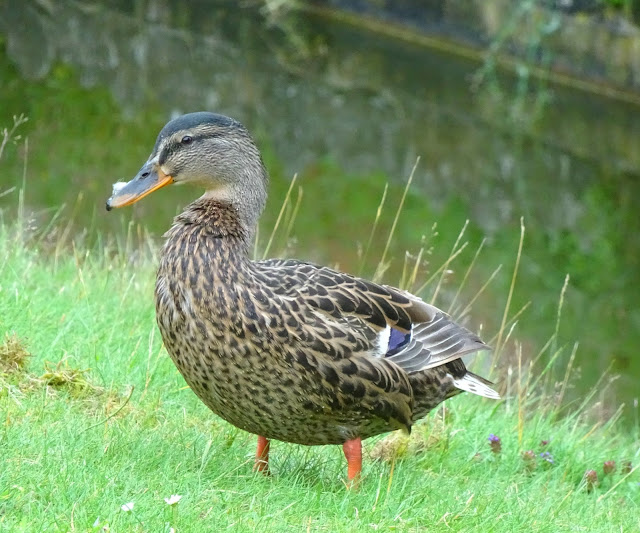 We'd last visited Baddesley Clinton in June, 2017 (HERE) back in the days where you could go inside other people's houses and not worry about social distancing, hand sanitiser and face masks. These days it's only the garden, tearooms and surrounding woodlands that are open to the public. By an incredible stroke of luck , despite the rain being torential on the way there, by the time we'd arrived it had stopped.

I was slightly concerned with the number of cars in the car park, thinking it was going to be crazy busy but, as you can see, we had the garden more or less to ourselves. I'm assuming everyone else was in the tea room. 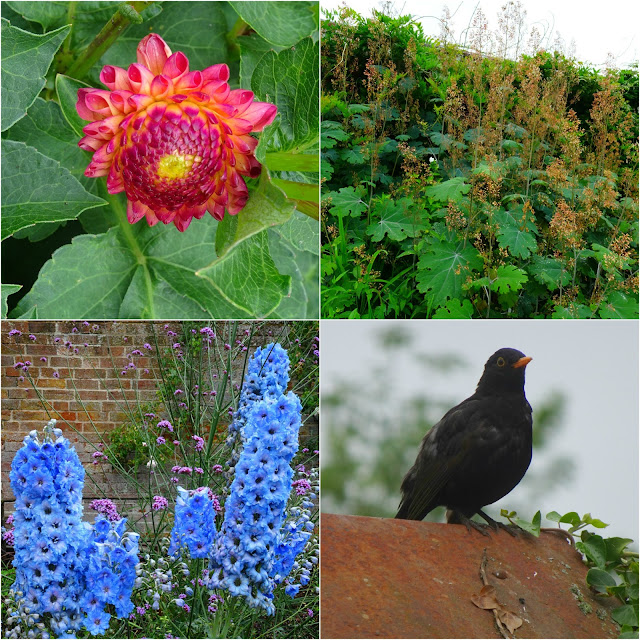 In normal circumstances the garden is maintained by Lucy, the head gardener, her three full-time staff and a team of 45 volunteers but for the last three months she's done everything on her own. We saw her pruning the rose bushes and told her what an amazing job she'd done. 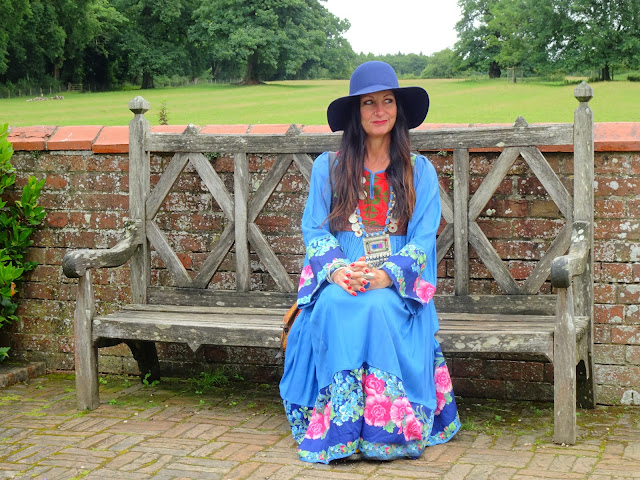 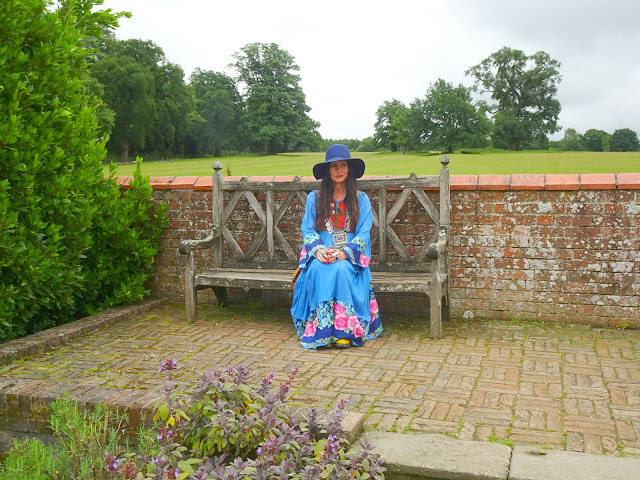 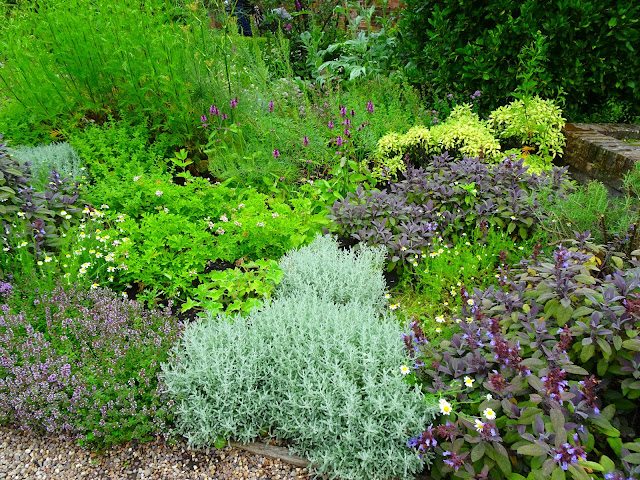 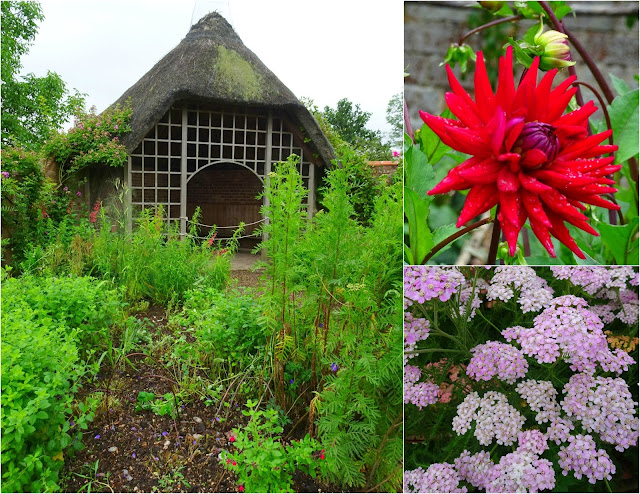 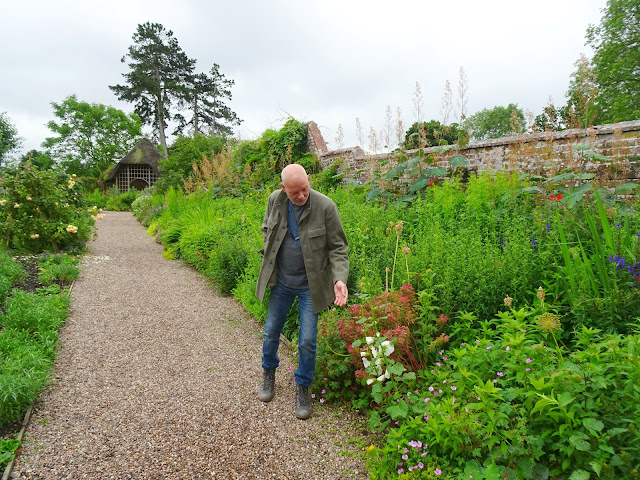 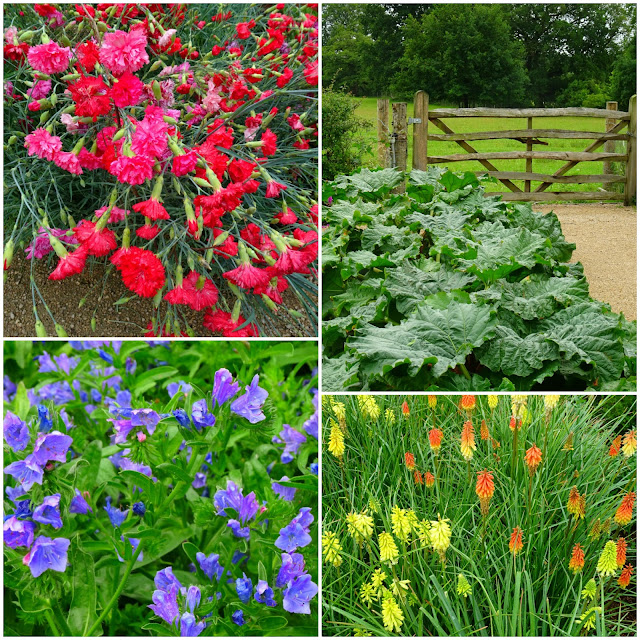 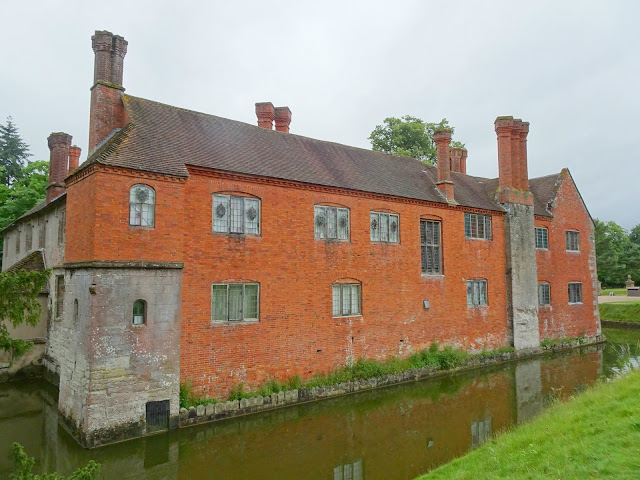 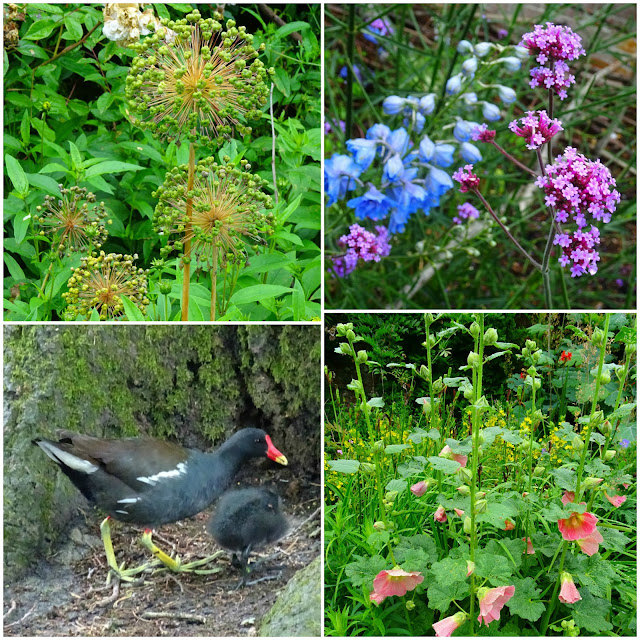 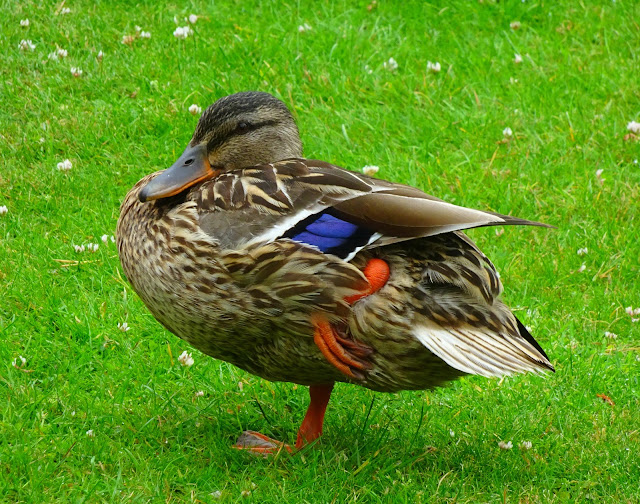 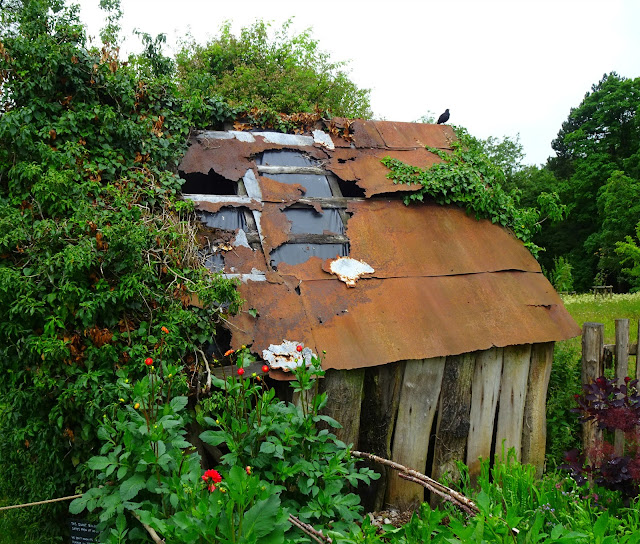 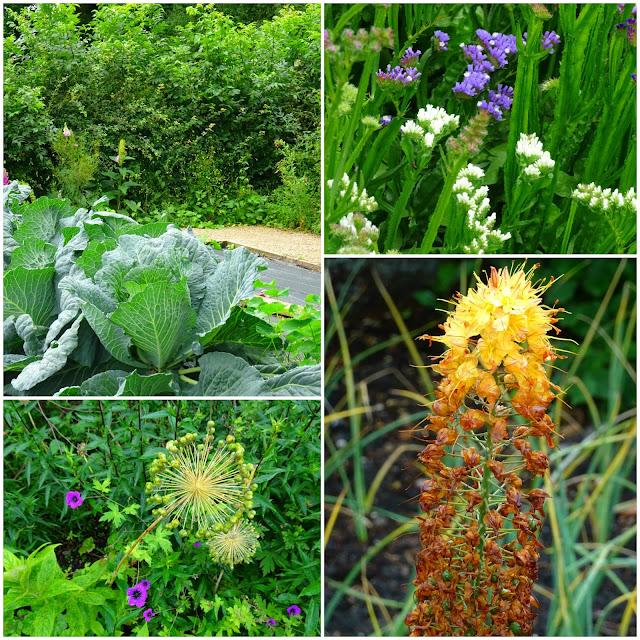 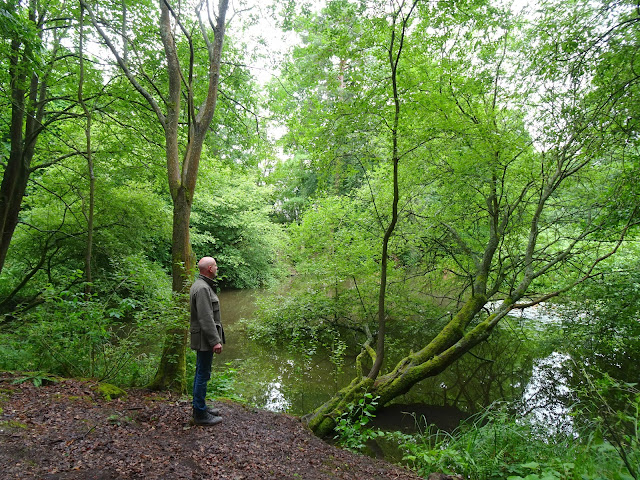 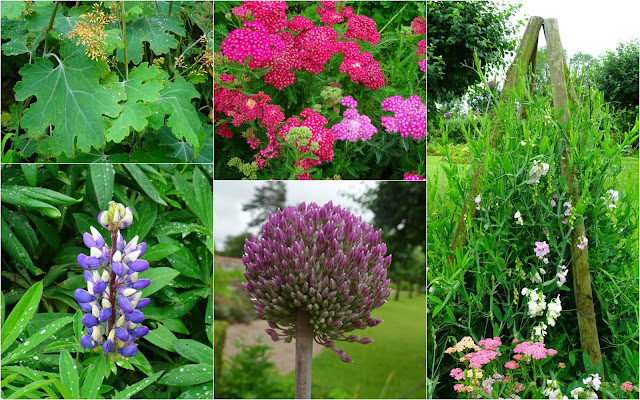 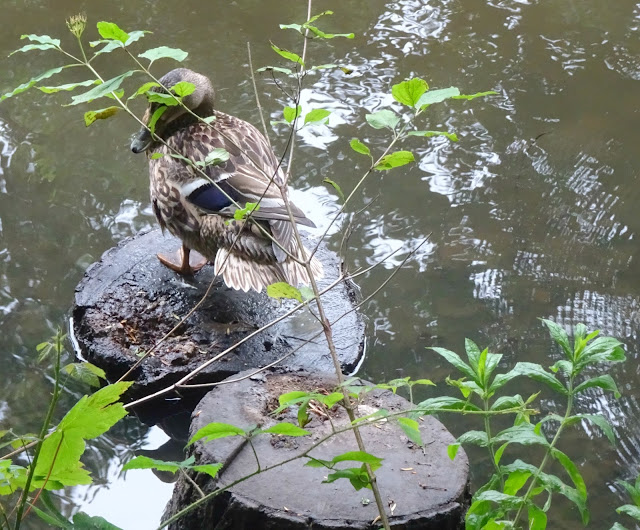 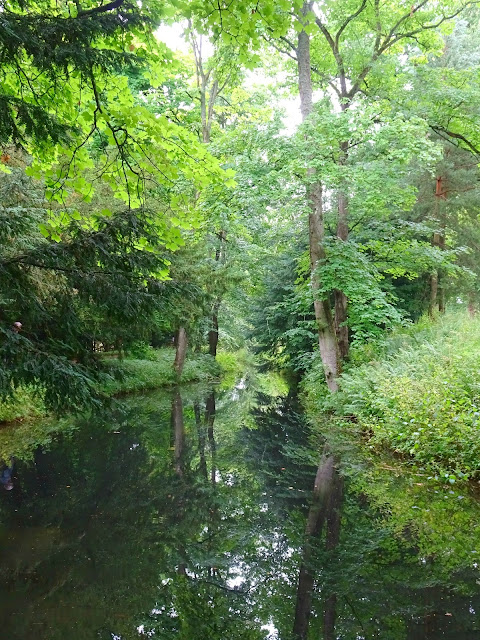 We'd just got back to the van and we tucking into our savoury scones and tea when the rain started. Luck was definitely on our side. At home Jon spent the afternoon working on Gilbert while I, after cleaning the floorboards in the lounge, had a lazy afternoon going through my photos interrupted by the delivery of last week's Superdrug order which I sanitised before putting it all away. Stephen continued with his manic mouse watching while Frank remained snuggled on his chair. 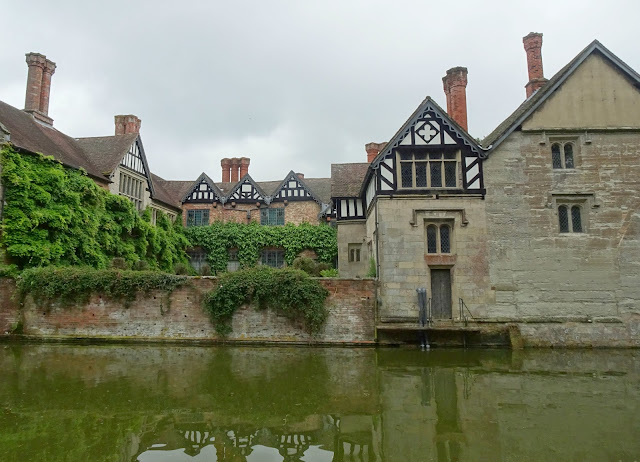 Later we had halloumi with roasted vegetables and watched the final instalment of Bettany Hughes's Genius of the Ancient World on BBC4 (the same historian currently touring the Greek Islands in the footsteps of Odysseus on Channel 5). Last week we watched the first two episodes (the Buddha & Socrates) and this time it was the turn of Confucius. Cultural content aside, she wears a couple of gorgeous Indian Kantha coats in this series. As it was Wednesday we had a few rum & colas!

Thursday (day 111) was another wet one. I let the lads out at 6.30am and they were back in bed not long afterwards. I did my daily Wii Fit, started a blog catch-up until Jon joined me for our fruit & yoghurt breakfast. 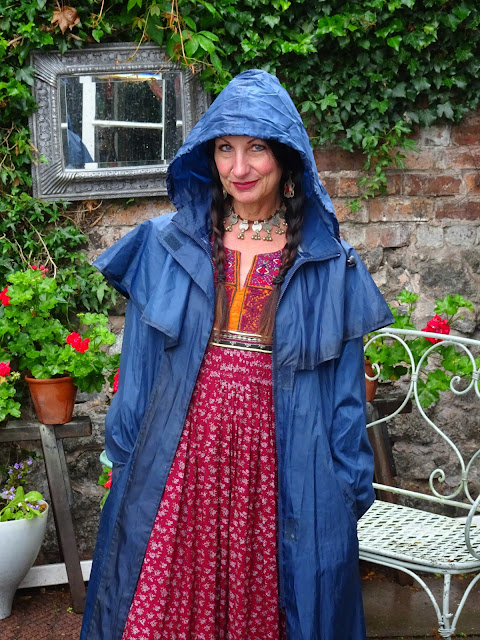 Despite the inclement weather we decided this morning would be a good day to go to a garden centre hoping the rain might put off the crowds. By way of a change we visited one that we hadn't been to before and our hunch was spot on, it was practically deserted. My plan was to buy something to liven up the window boxes as the few pansies remaining had gone very leggy but there was nothing suitable (or affordable). We'd been admiring the sedums at Baddesley Clinton yesterday so we bought a couple of those and on the way to pay spotted some amazing houseplants - not the usual boring garden centre stuff - and went mad. The lady on the checkout was a bit of a hippy chick and was thrilled to meet some fellow houseplant lovers, giving us advice on caring for all our new purchases and raving about a YouTube channel called Swedish Plant Guys (it's fab, I've bookmarked it!) 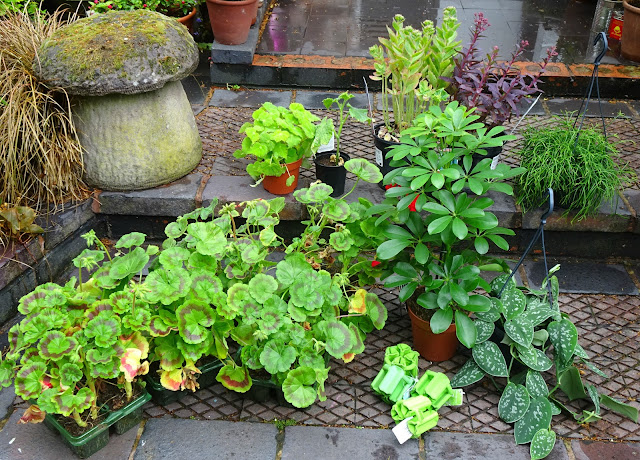 On the way back home we popped into the local garden centre we'd visited a few weeks earlier and had been disapointed with the choice and frustrated by some of the shoppers who clogged up the aisles, time wasting and chatting. This time it was virtually deserted and, much to my joy, the geraniums were reduced to clear. At £1.99 a tray they were just what I needed for my windowboxes. 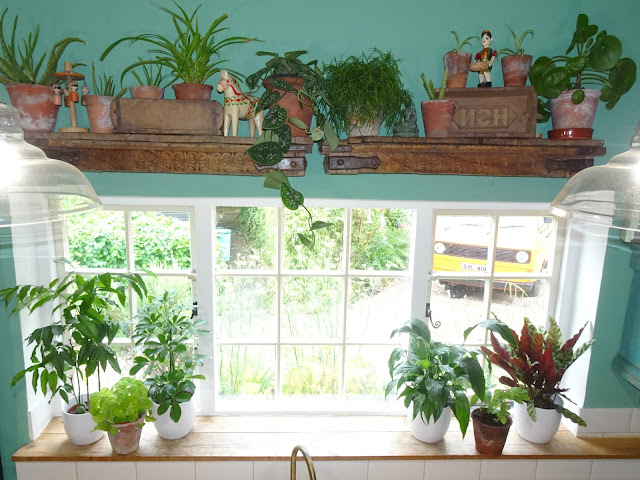 After lunch - the remainder of the spelt scones with tapenade and cheese - we repotted and positioned the new houseplants. 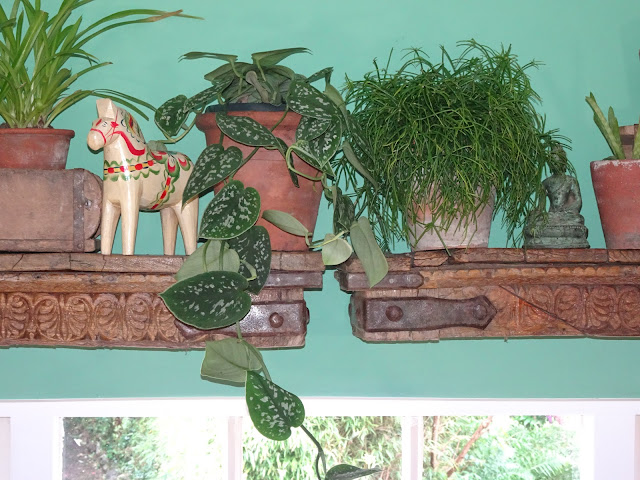 Jon reckons I look like a bus nutter in my raincoat but I don't care, it's completely watertight and the pockets are deep enough to accomodate hand sanitiser, my mask, reading glasses and purse - much better than having to rummage through a bag.
I reckon it was £1 well spent - maybe I should wear it next time I visit the town centre, it might scare the skanky men away! 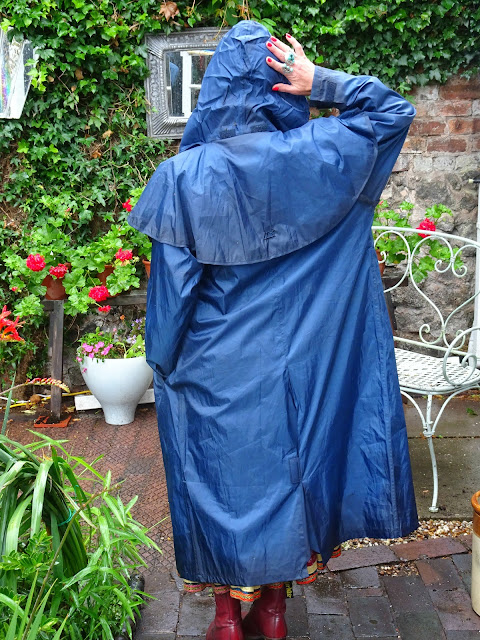 Jon did some online research, the lads slept the afternoon away in the house and I - being the crazy woman I am - replanted my windowboxes outside in the rain. 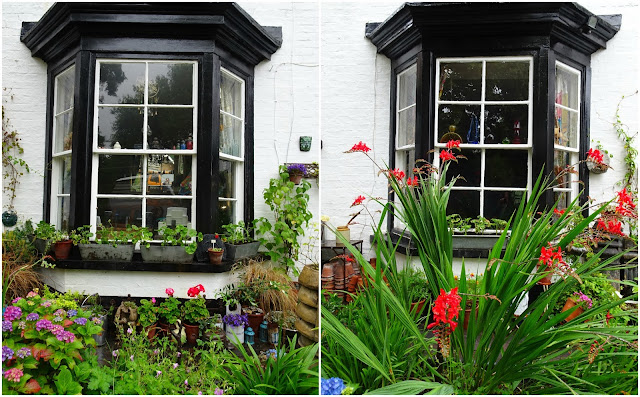 With my usual waste not, want not policy I rescued & potted up the variagated ivy and the spindly pansies and planted a few of the Dusty Millers in the borders. The remainder plus the sedums we bought this morning can wait until tomorrow - apparently we're expecting a dry(ish) day. 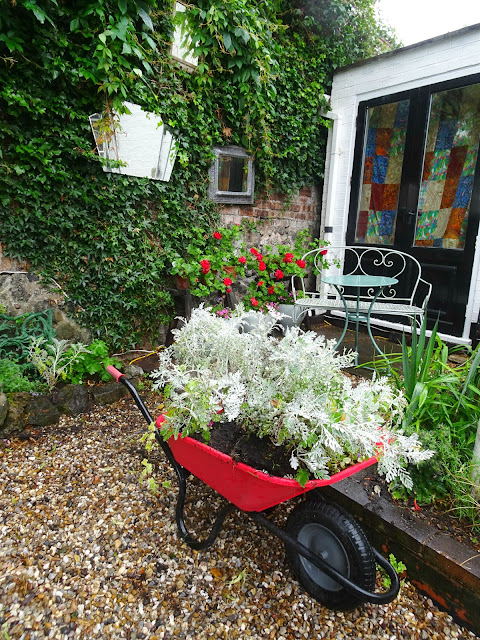 Tonight's tea is the rest of Tuesday's frozen pizza and salad. We're planning to watch Mrs America later as we missed it last night.

Email ThisBlogThis!Share to TwitterShare to FacebookShare to Pinterest
Labels: Gardening, National Trust, Out and About