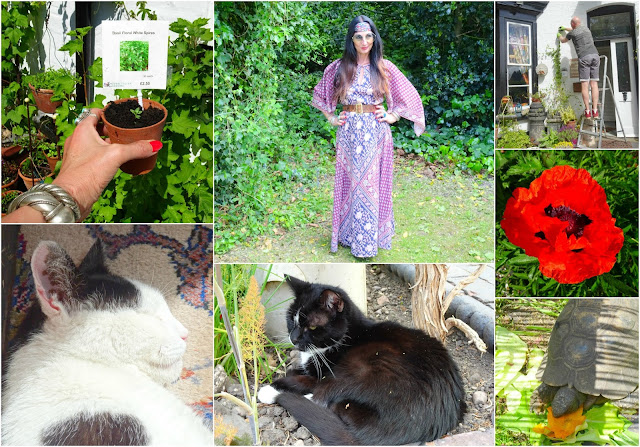 Thank you so much for your kind messages & comments about Frank's dental surgery, it really helped to hear about you having similar experiences with cats having multiple extractions

Frank was still under the bed when I got up for my Wii Fit session yesterday morning (day 62). Stephen Squirrel was determined to keep me on my toes and demanded to be let out (and back in again) five times before 8am. When Jon got up we had fruit with yoghurt and, as both of us had been up and checking on Frank throughout the night, neither of us was feeling our finest.

Still, nature never fails to lift the spirits and we watched mesmerised from the window as our second Oriental poppy burst into life. 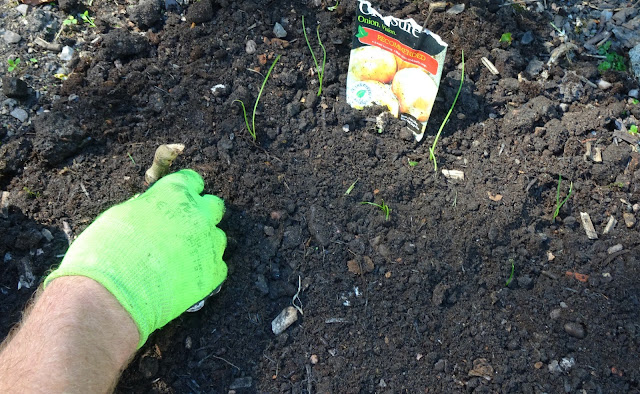 Once dressed Jon headed to the greenhouse and transferred the onion seedlings to the veg bed outside. 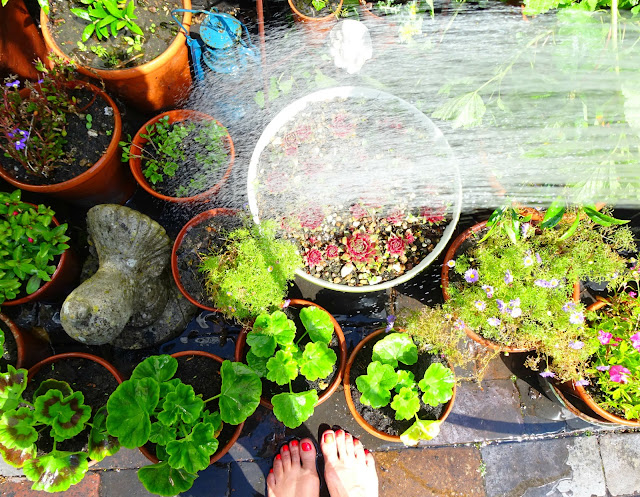 After washing my hair I had a weekly catch-up on the phone with my friend Liz then pulled on yesterday's bikini and shorts and watered my patio plants. 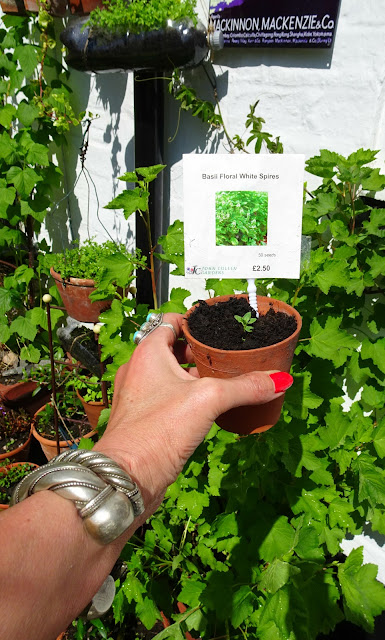 I potted up my Thai basil which had been growing in modules in the greenhouse and, along with my tray of Oriental salad leaves, left the pots on the doorstep in the sunshine. 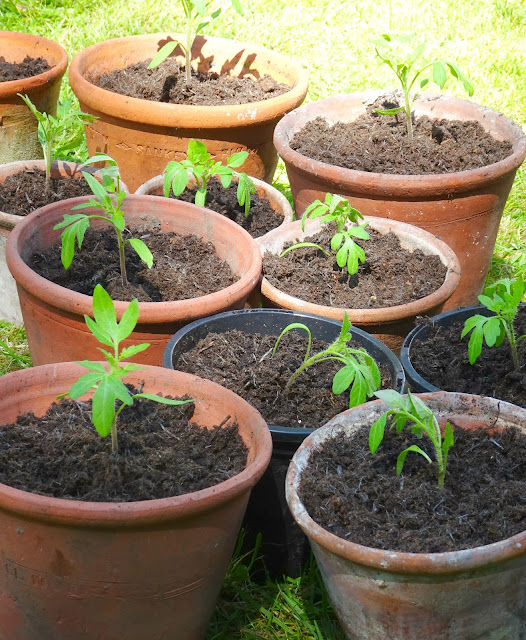 Jon's tomato plants are going mad, he's got hundreds! He potted some more up, moving some to the cloches with the cucumbers. 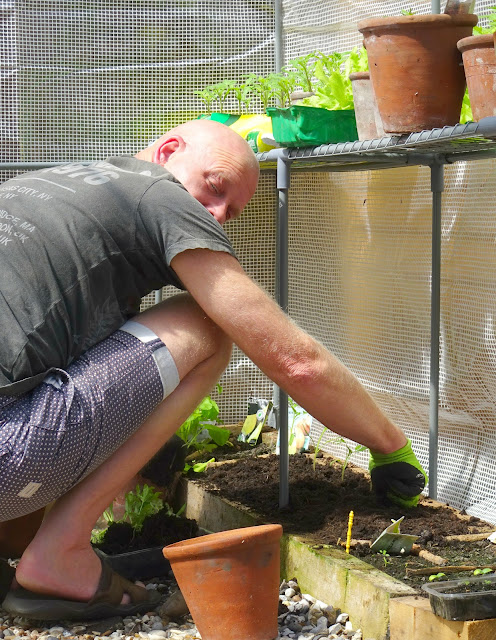 We heard the gravel crunching and looked up to see our friend Mark who'd popped round on his daily bike ride. We sat at a safe distance from each other, basking in the sunshine and chatted about what we were growing. We did a trade-off, arranging to swap tomatoes for marigolds which he'd leave outside next time he was passing in his van. It was a lovely way to spend a couple of hours. 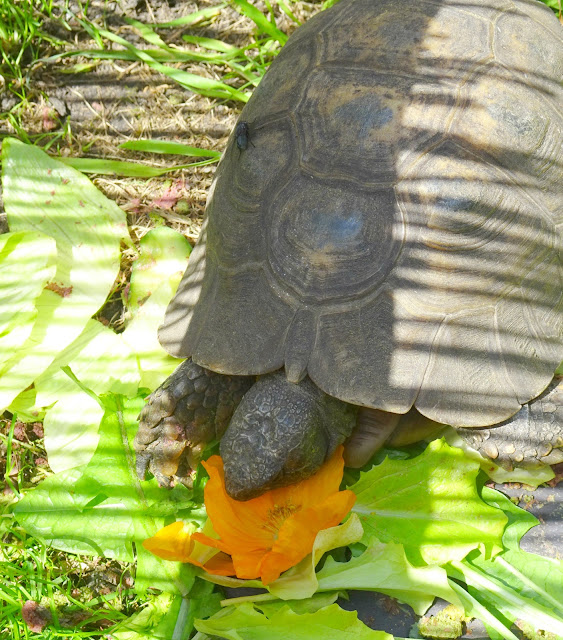 Jacob tucked into his lunch of home-grown lettuce, dandelions and Welsh poppies whilst we went inside for our noodles - at 1.45pm, much later than usual. 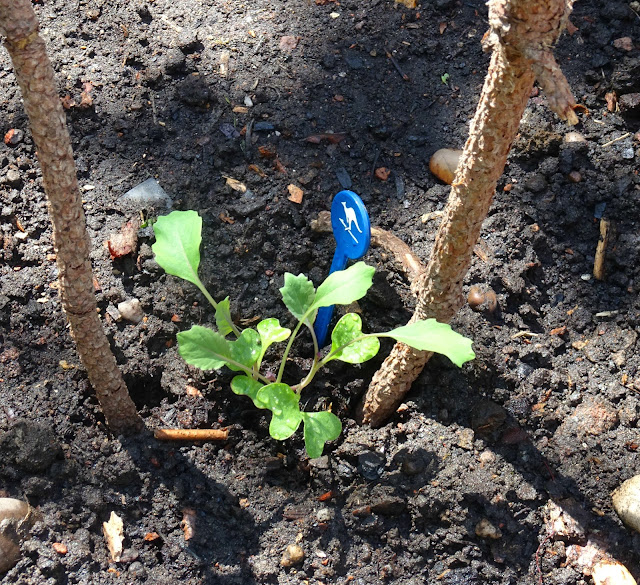 After lunch, I planted out my purple cauliflower and, as Frank was showing no interest in food and, as we couldn't administer his pain killers on an empty stomach, Jon called the vet who suggested he brought him back to the surgery for a pain-killing injection. 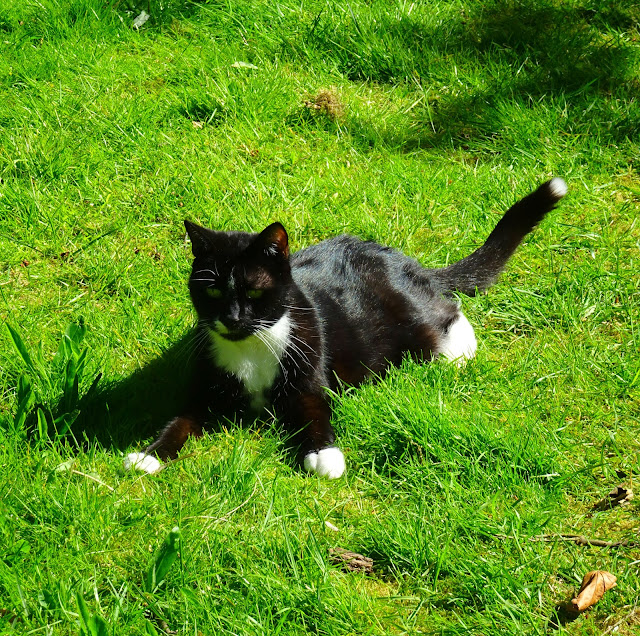 I sat in the sunshine with Stephen by my side whilst Jon drove with Frank to the vets, their journey delayed by the main road from the town centre being closed due to a massive sinkhole appearing overnight.

I nipped into the house for my book, noticing that the doorstep was covered in soil, my tray of exotic salad leaves had all but disappeared and that two of my newly potted-up basil were also empty,  wondering if Jon had knocked it over when he'd left the house with the cat carrier in his haste to get to the vets. When I came back out a blackbird was trying to steal what was left and realised that it was the birds who had caused the damage. Little sods! It's not like I don't feed them. 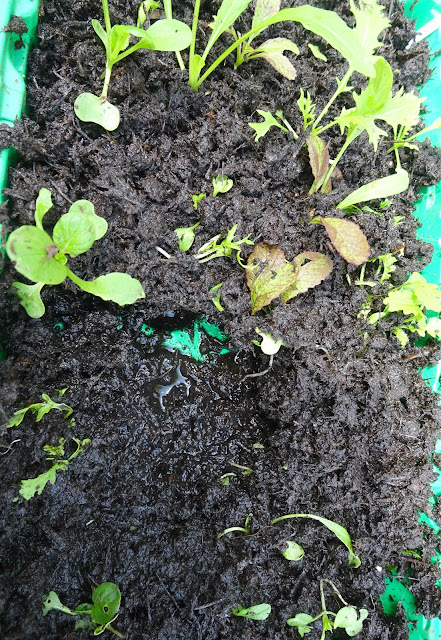 Jon returned with Frank. The vet was happy with how his mouth was looking and his eyes were certainly looking a lot brighter after his injection. I went upstairs to dye my roots & Frank followed me and lay in a patch of sun on the landing. After I'd showered he was sitting waiting for me outside the bathroom, licking his lips and looking very alert. He followed me downstairs where he demolished a saucer of tuna and some mashed up prawns and then proceeded to give himself a thorough washing before pestering Jon for more food. 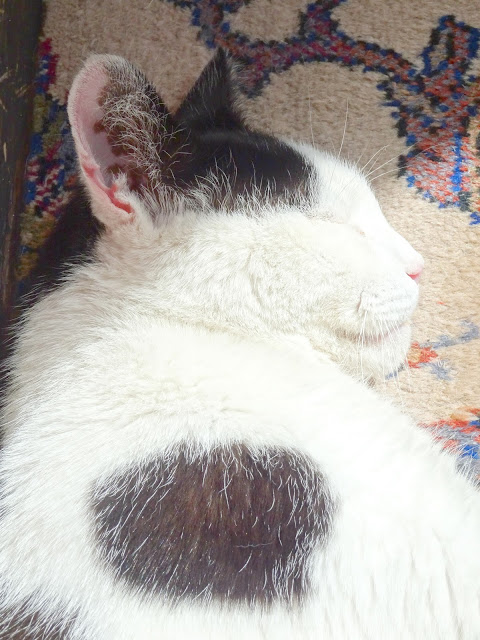 Tea was sausage, egg and chips with a bottle of beer (we thought we deserved one). After the weekly Clap for Our Carers, we watched The Real Marigold Hotel and were very sad that the wonderful Zandra Rhodes had to cut her trip short & return home as her partner was seriously ill. I hope I'm as fabulous as her when I grow up.

Friday morning rolled around again (our 62nd day of lockdown) and Frank accompanied Stephen and me downstairs for breakfast, dining on tinned tuna and cat milk. Stephen was more interested in going outside especially when he spotted a squirrel messing in the veg patch. I followed him up the garden to assess the damage but luckily Jon's makeshift twig contraptions had kept the thieving mammal at bay! 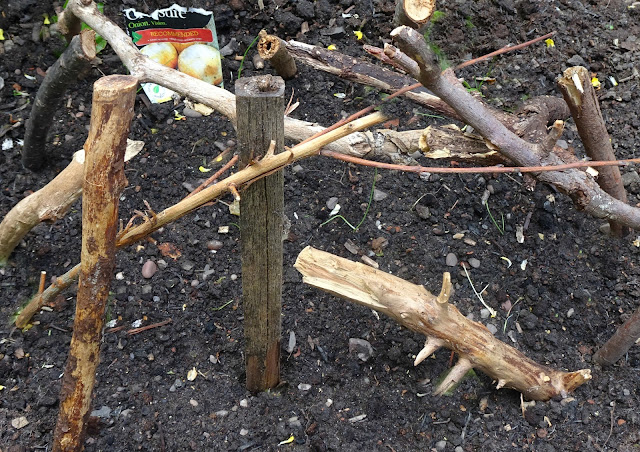 After my last Wii Fit session of the week, I caught up on blogging until Jon got up and joined me for our fruit & yoghurt. 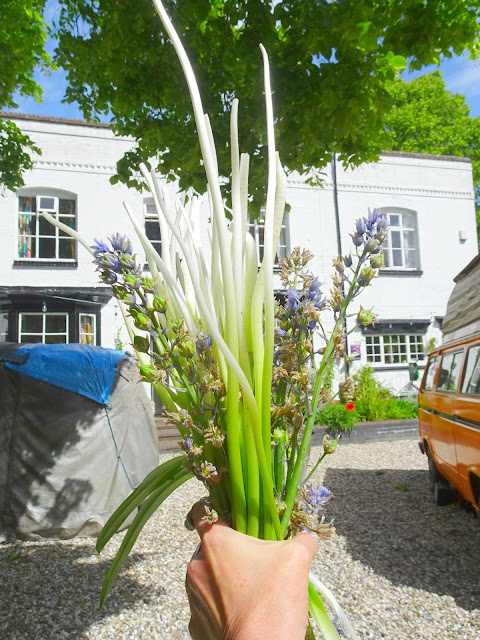 After breakfast, I pulled up the faded bluebells, added them to the pile of garden waste Jon was frantically cramming into the brown bin ready for collection on Monday (the first time they'd been since last October). 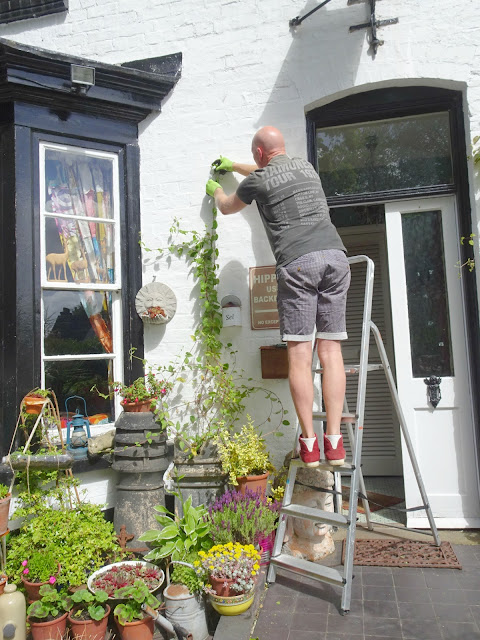 Next job was to nail some supports to the wall for the honeysuckle that had a massive growth spurt after last night's rain. Jon rescued the few surviving Oriental salad leaves from the tray decimated by the blackbirds and planted them in one of the cloches for safety. Bloody birds! 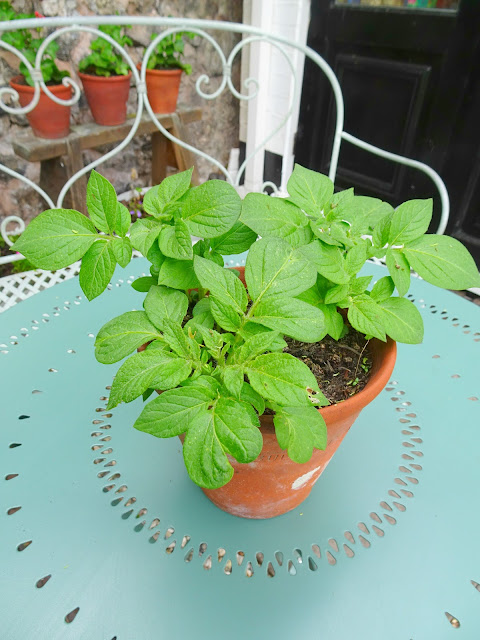 Remember my new potato experiment? They'd grown too big for their pot so we divided them up and planted them into three larger ones. 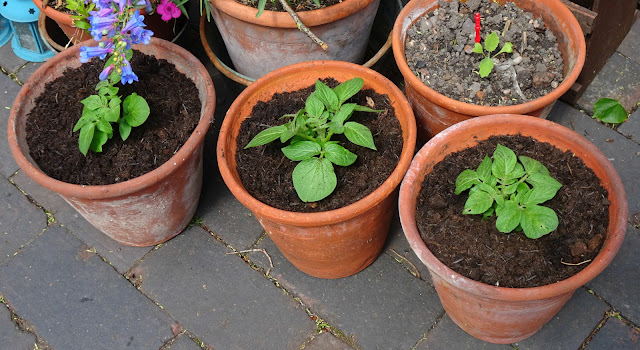 After Jon had successfully administered Frank's painkillers and I'd watered all the patio plants, we stopped for noodles. 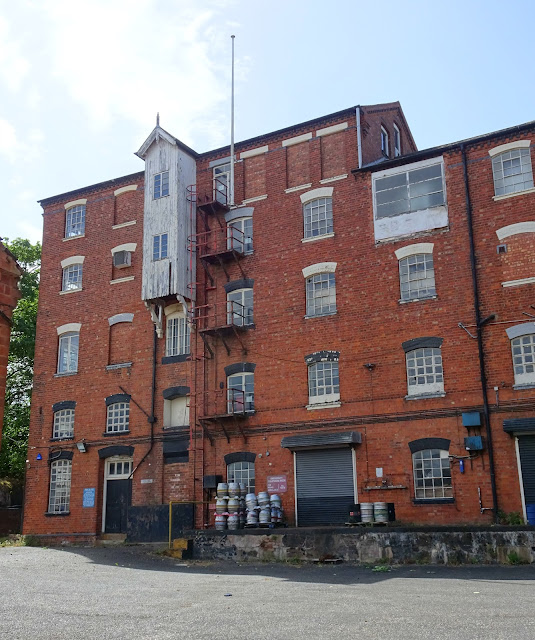 We hadn't been for a walk for a few days so we went for a stroll around the block, deviating slightly from our usual route and passing the now-derelict Highgate Brewery at the bottom of the road, named after the part of Walsall in which we live. It opened in 1896 and, at its peak, produced 100,000 barrels of Highgate Dark Mild a year. It closed in 2010 and has lain empty ever since. 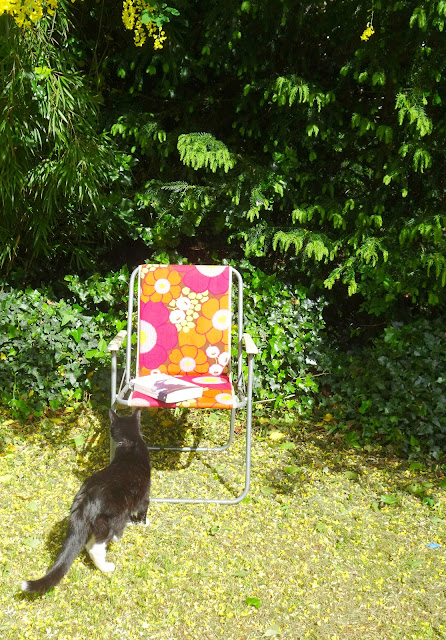 It was another gloriously sunny day and, out of the wind, it was gorgeously warm. Accompanied by Stephen, I set up the deckchair in a sheltered spot beneath the laburnum and finished The Distant Land of my Father. 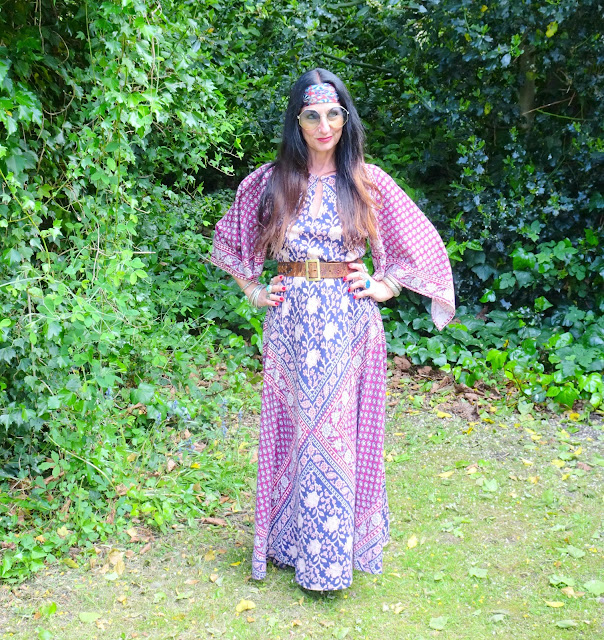 Although it's been warm, it wasn't quite bikini weather and I wore the vintage block printed kaftan I'd worn to travel around Rajasthan & Mumbai earlier this year. 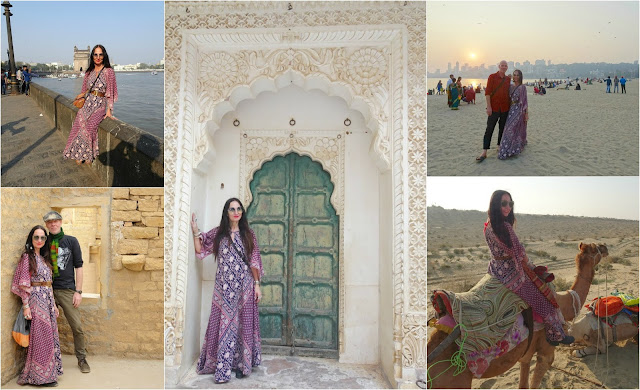 Today I wore it with one of my vintage Indian silk screen-print scarves (to hide my dye stained forehead). 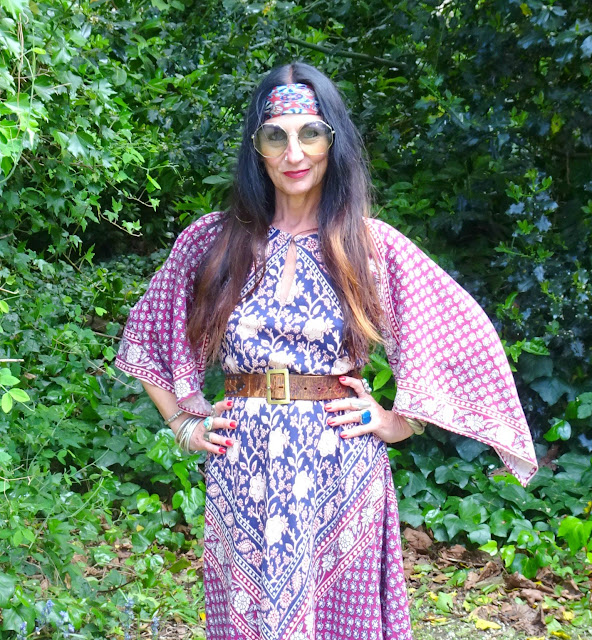 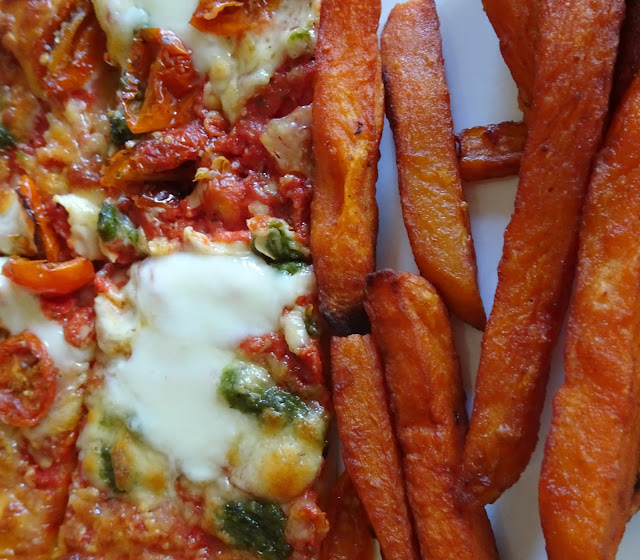 It's Friday which means we'll be doing the same as every other law-abiding citizen in the UK and staying in. We have plenty of rum and I'm sure we'll find something decent to watch on the TV.