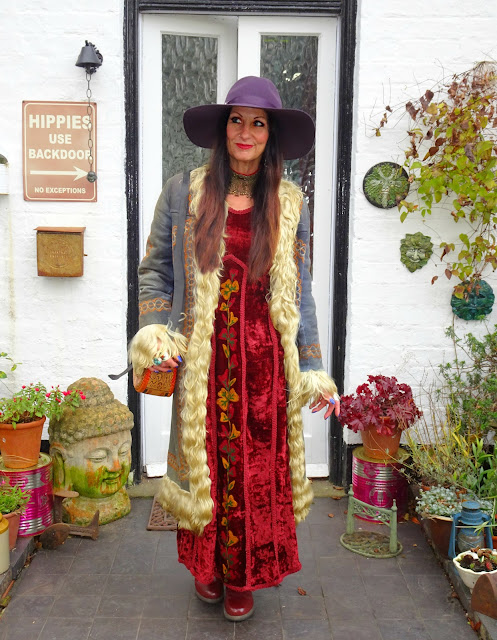 After a somewhat fraught week we finally got the results from Frank's biopsy. It turned out to be a severe allergic reaction to something - possibly a plant - as there's no chance it would be a cleaning product in this house (we're all natural when we do bother). Anyway, whatever it was penetrated every layer of his skin, meaning now it's abating, poor Frank is bald in places. His medication finished today, he's almost back to his usual inquisitive self (although I'm keeping him indoors for the time being) and he's decided that cat food tastes a lot better when served with a generous helping of fresh prawns - we'll be bankrupt at this rate! 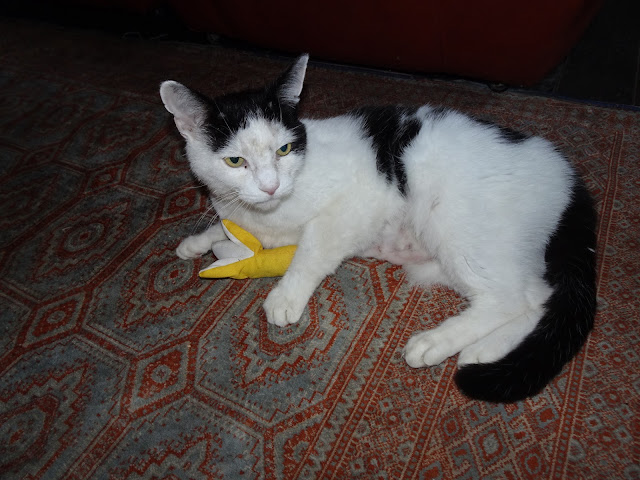 His shaved tummy from the biopsy is gradually growing back and his face isn't looking so grubby now the abscess has cleared up. As you can see he's back to wrestling with his beloved catnip banana.

We feel a lot happier leaving the house now Frank's on the mend. Today we popped out for our annual eye tests, which the NHS provide for free as I have a family history of glaucoma & Jon of diabetes. My prescription has stayed the same whilst Jon's has changed. He'll get his existing glasses reglazed in India but, as he didn't fancy waiting a couple of months and his opticians had a two for one offer on, he decided to splash out on a couple of new pairs. While he was getting measured up I spotted a pair of 1970s inspired sunglasses and decided to have a pair made up to my prescription - when I read on the beach I either use my E:reader set to the largest font size or wear a pair of sunglasses over the top of my reading glasses and look like a total loon. 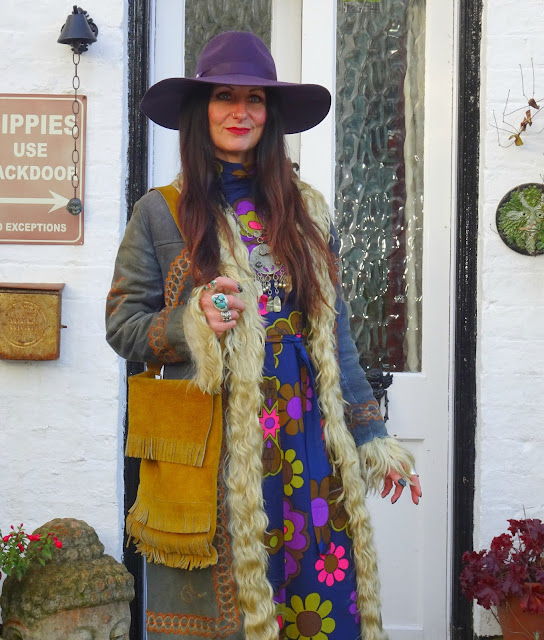 Here in the UK it's turned icy cold all of a sudden and, as you can see, my precious Afghan coat is being worn on repeat. My heart goes out to the young homeless man who's been sleeping in a tent on Lidl's car park for eighty-three nights. Although Jon & I (and others) are making sure he's warm, dry and not going hungry, what kind of country are we living in when this kind of situation is allowed to happen?

This photo was taken when we were off charity shopping on Monday. My vintage maxi was a charity shop find a few weeks ago. I thought I'd got a bargain at £5 but one of the regular customers told me that I should have haggled as nobody but me would wear a dress like that and I was doing the shop a favour taking it off their hands. Cheek! 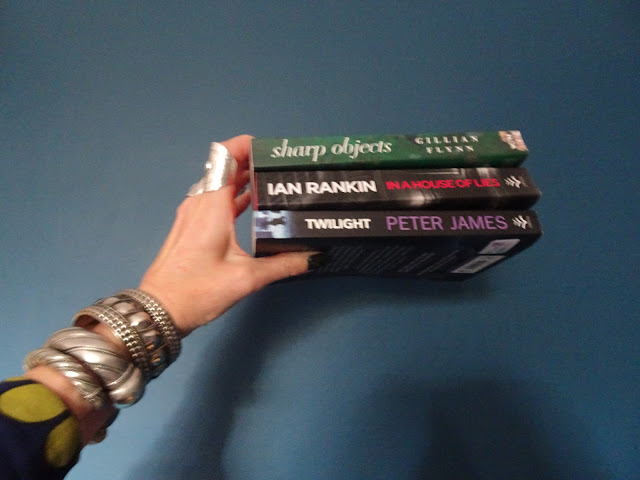 Whilst nursing Frank I sat quietly and read, not wanting to disturb him. I finished three books, although can't say I was overly keen on Peter James' style of writing, Twilight was the first book I'd read by him and it was too melodramatic for my liking. 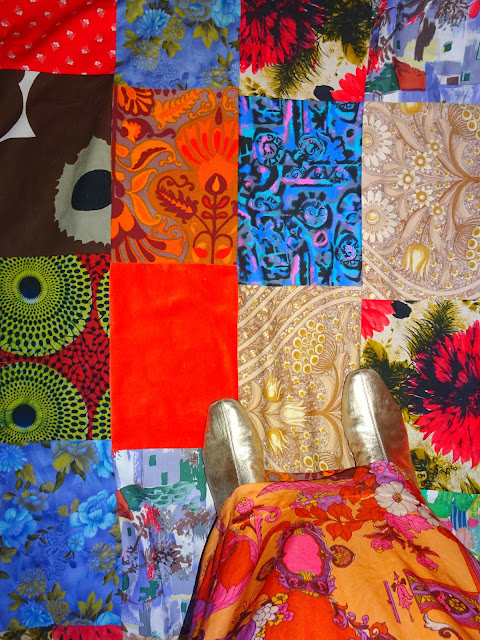 Once Frank was starting to feel better, and no longer slumped on the landing, I felt like it was okay to start making some noise. On Sunday morning I decided my fabric stash needed decluttering and set about making some curtains for the spare bedroom. The previous pair were ivory with a black joie de toile print, for which I paid £5 from a rather posh lady at a car boot sale when we first moved into Stonecroft back in 2005. I liked them but always felt that they'd have worked far better in a chateau in the sunny South of France rather than a draughty Georgian house in the Black Country. 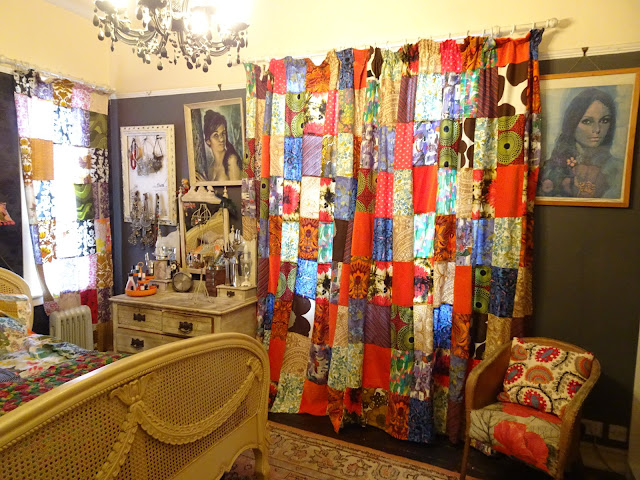 Psychedelic patchwork is far more me! 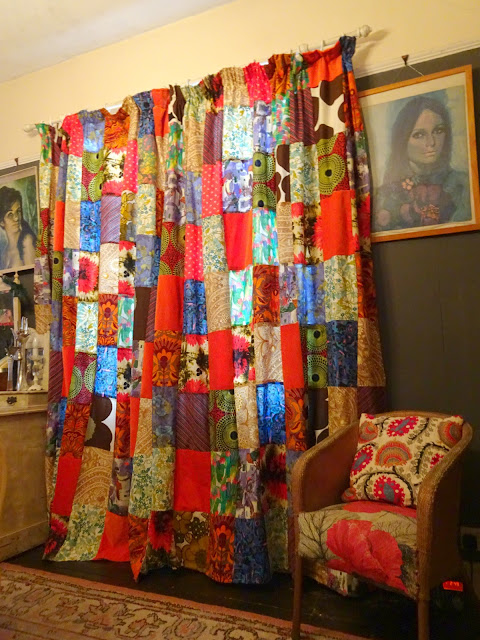 The cost of my "new" curtains? Absolutely nothing!

The rectangles were cut from tatty 1970s curtains, stained tablecloths, leftover fabric scraps and vintage clothes too knackered to sell. The thread, dressmaking pins and sewing scissors were given to me and I found the sewing machine abandoned in the street. I even used the existing bedroom curtains as lining - zero waste, maximum impact.

If you fancy having a bash at making your own, you'll find my tutorial HERE. 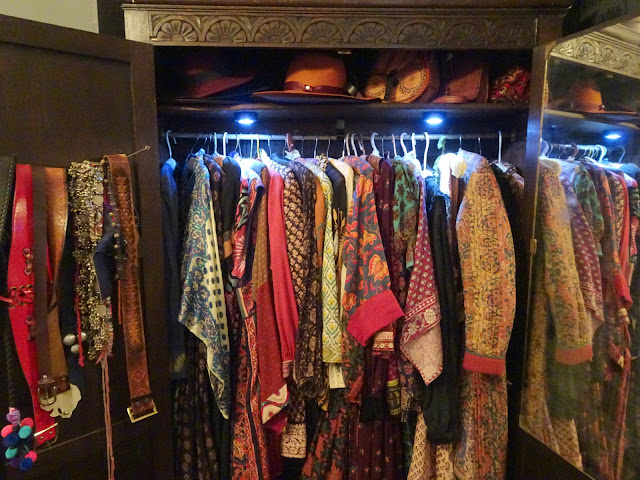 As well as sorting out our leaky shower unit and redecorating the bathroom, Jon's installed lights in my wardrobe so I can admire my clothes on the dark Winter days. 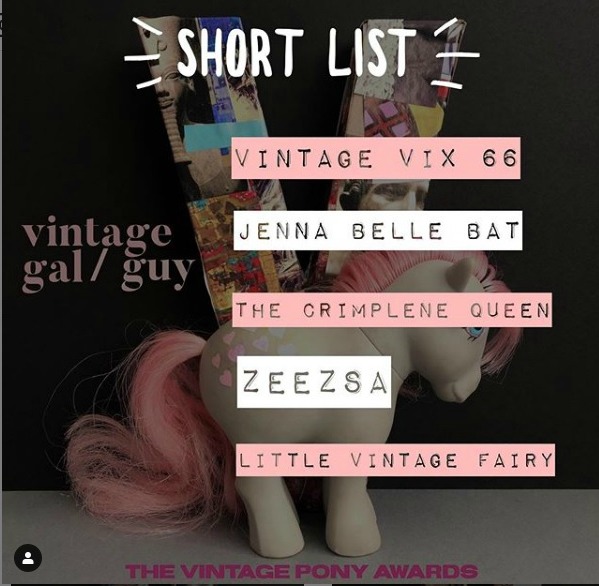 Here's some exciting news - I've been shortlisted for both Vintage Gal and Vintage Blog in the Vintage Pony Awards, 2019 - what an honour! 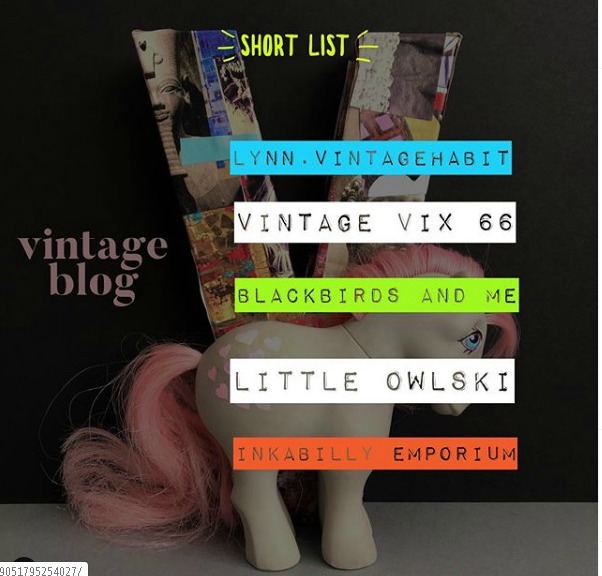 I've got some stiff competition and to be honest, I'm thrilled just to get this far but, if you are on IG and want to vote, here are the rules... you'll find organiser, Wish Vintage, HERE. 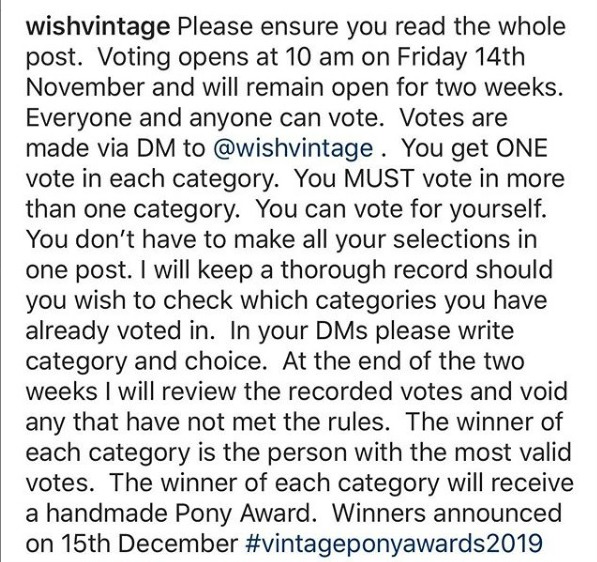 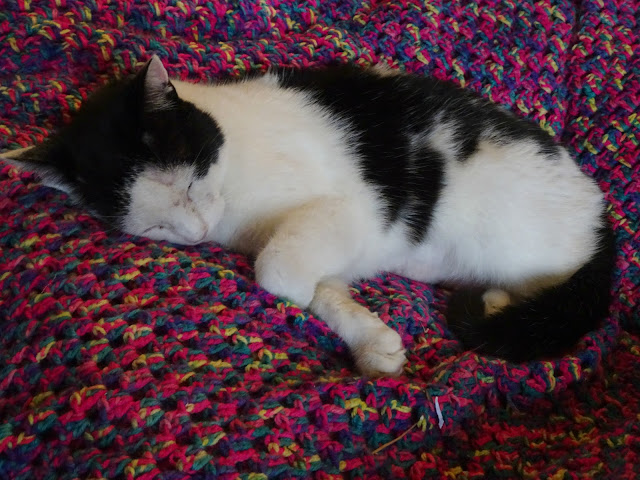 Progress! This afternoon is the first time Frank's curled up on his favourite blanket (crocheted by me) in over a fortnight.

Thanks for all your lovely comments and messages, you've helped keep me sane.