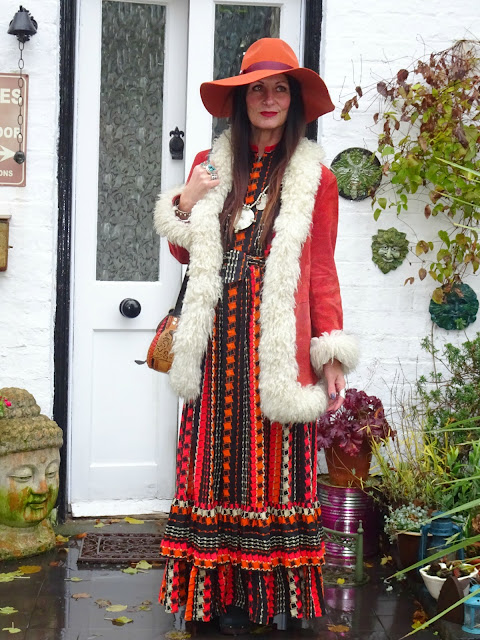 Thank you so much for all your kind words and messages about Frank, the last ten days have been pretty hellish. We're still awaiting the results from Thursday's biopsy which really took it out of him, in fact we were so worried about leaving him that we had to cancel the fair we were due to trade at over the weekend and, other than a couple more vet visits, hadn't left the house since I last posted. We've been taking it in turns to get up and check up on him during the night and neither of us have slept for longer than two hours for almost a week. Last night Jon finally tempted him with a saucer of mackerel and he's managed a couple of small meals today. 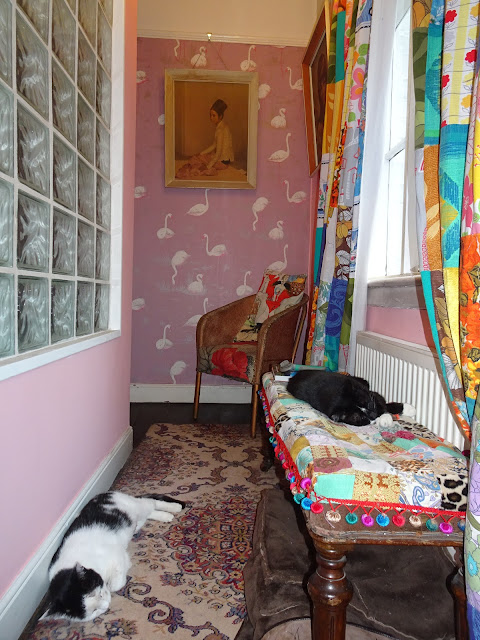 If you're not a cat person you probably won't know just how caring felines can be. Stephen Squirrel has been babysitting him today, gently chirruping to encourage him to get better. Stephen's 15 and Frank's about 5, they're not related but they stick together. 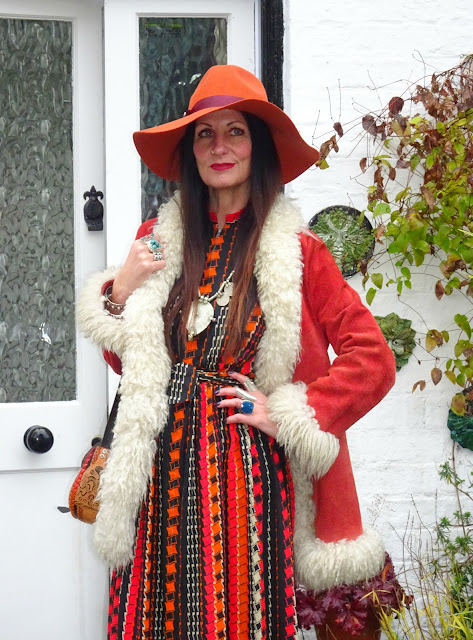 Jon had a call earlier from a neighbour asking if Frank was alright as he hadn't seen him for almost a fortnight. Unbeknownst to us, Frank can be found sitting on their doorstep at around 7am each morning waiting to be let in for treats and fuss. Poor Layla (the silver tabby who made an appearance on my blog a fortnight ago) is pining for him. 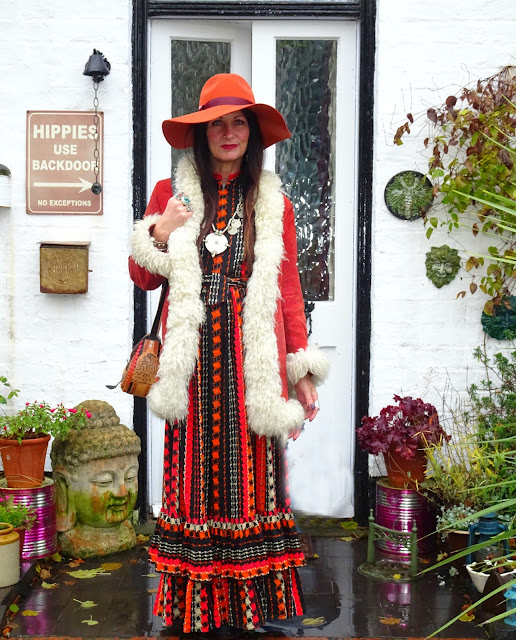 On a plus note, having been unable to leave the house and has meant that it has never been so neat and tidy, that saying about people with dull lives having the tidiest homes must be true. Apart from dusting, mopping and scrubbing everything in sight, I've been decluttering like a women possessed, halving my earring & bangle collection as well as parting with a significant amount of bags, scarves and hats. 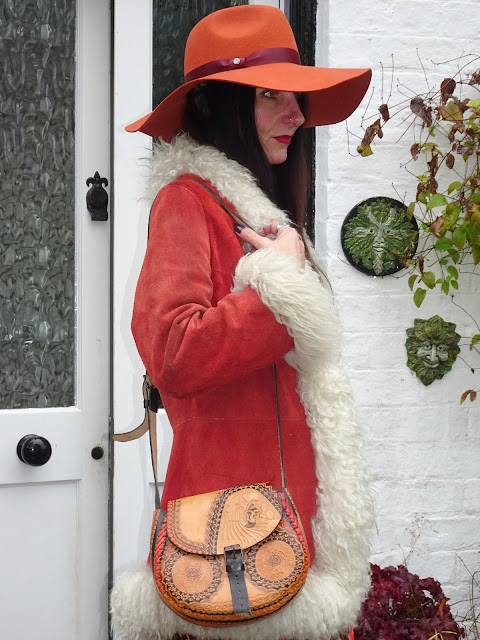 But never fear, I'm not turning into one of those freaky minimalists, I'm simply refining my wardrobe. This 1970s tooled leather bag, for instance, replaces both a larger vintage tooled leather bag I love but proved cumbersome to use and the Rajasthani leather & fabric cross body bag I've travelled to India with for over a decade but is now so stained and filthy it's an embarrassment. You may remember that I bought a similar hat to the one I'm wearing for £2 from a charity shop recently, a month earlier I'd fallen in love with this one online but it was way over budget.  Randomly checked the website last week I saw that it had been reduced by 30% so I went mad, ordering it in both orange & plum...and subsequently getting rid of four other hats in my collection.

As most of my wardrobe is vintage, when I have a clear out I simply put my discarded belongings in the stockroom where I'll eventually find them a new home. Non-vintage stuff like cast-off costume jewellery and paperback books go straight to the charity shop and today we allowed ourselves an hour off nursing duties to drive down to the charity clearance superstore with a bag of donations. Needless to say I didn't come back empty-handed....

Of course, it's all destined for the stockroom although I'm rather tempted with the Gunne Sax-inspired denim skirt. It fits me, 24" waist garments are generally a hard sell and it would look rather cute in Greece. See, I've talked myself into it already!

Thanks again for being so kind, caring & supportive. It means the world.