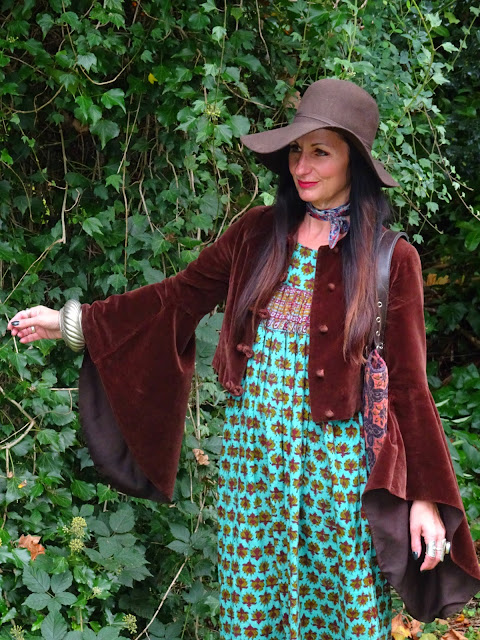 After two days of laying gravel plus a weekend doing the kind of mundane jobs we spend most of the year avoiding; chopping logs for the wood burner, defrosting the freezer and cleaning windows to name but a few; it was feeling like an age since I'd worn anything decent or had ventured further than the confines of the garden. I was beyond excited to throw on a vintage dress and go out treasure hunting this morning.

The temperature's dropped to 12°C today but I'm still wearing my Indian cotton clothes albeit with a jacket on top and a bodysuit and knee high socks underneath! 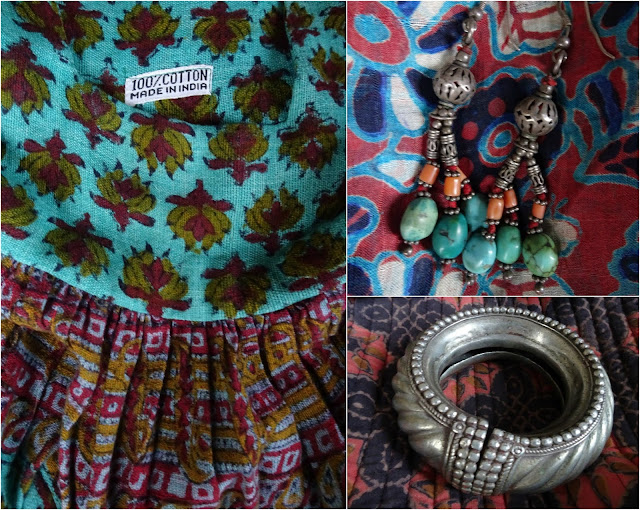 I bought the earrings from the Tibetan market in Goa in 2004. The bastard massive bangle is a 19th Century Indian tribal piece I found on eBay - it's actually an anklet but thanks to my manly hands it sits on my wrist perfectly.


The last time I'd worn lipstick and a dress was last Wednesday, thank goodness I had the where-with-all to capture it for posterity.  My amazing bejewelled North African perfume/snuff/kohl bottle pendant used to belong to my friend Maxine who runs the Pop-Up Vintage Fairs, she was having a clear out and thought it was my style - it was!! 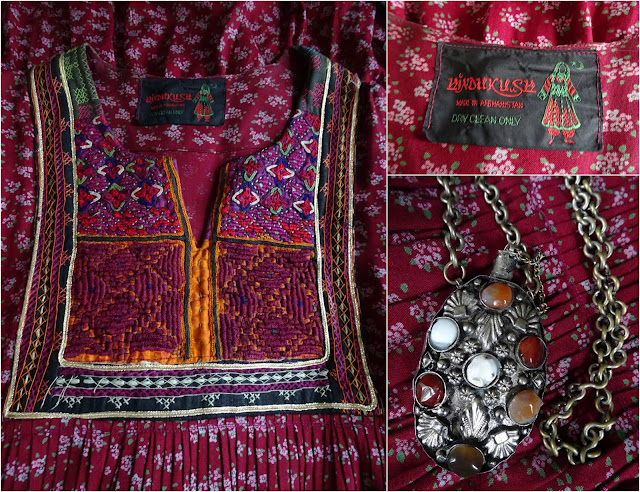 Outfits aside, how did we fare in the charity shops? 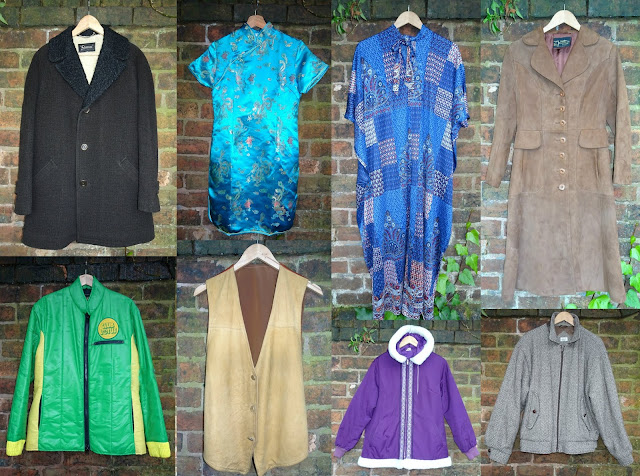 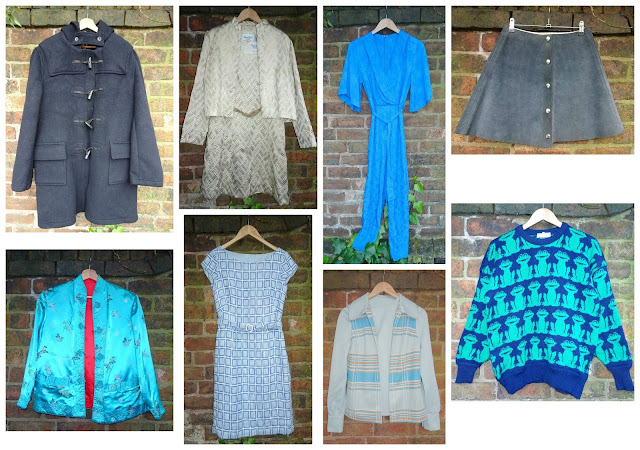 Not bad for a morning's work. I wonder if our luck will continue tomorrow...

Up until the beginning of June I'd recorded everything I'd read this year on the blog but with the excitement of festivals and our trip to Greece, my efforts had fallen by the wayside - that's the recording and not the reading, I don't think there's been a day in my entire life when I haven't had a book on the go. Fortunately I managed to photograph my completed reading piles before re-donating them to the charity shop, the list on the left of the collage are eBooks I've finished. Actually, that's not quite true, I abandoned The Matchmaker of Perigord halfway through as I couldn't get into it - life's too short for boring books. I should have taken more notice of the rave review by Joanne Harris on the cover - I can't get on with her writing style either.

My favourite reads were The Looking Glass War (I adore Le Carré's books and for some reason had missed this one) and Bodies, written by Jed Mercurio, creator of hit BBC drama series, Line of Duty & Bodyguard. Mercurio started his career as a hospital doctor and Bodies is a shocking story about the pressures facing Rob Lake, an NHS hospital registrar, who discovers that his senior surgeon is totally incompetent. Bodies was aired on TV in the mid-2000s and is currently available to download on the BBC i-Player. I'm not generally a fan of hospital dramas but this is totally compelling with a dose of very dark humour, even though you might need to watch it with a cushion in front of your face whenever you see anyone pick up a scalpel.

Talking of TV we're both thrilled that bleak French cop thriller Spiral is back on the BBC and are enjoying both the BBC's The Dublin Murders, based on Tana French's books, and Belgian murder mystery series Hotel Beau Sejour on Channel 4 (we don't have Netflix or satellite TV, all our viewing is done via Freeview). As well as Bodies, in recent weeks we've loved BBC 4 Danish thriller, Darkness:Those Who Kill and Peaky Blinders (obviously!) I think we'll give Giri/Haji, the BBC's new London/Toyko based thriller a go next - you can keep Hallowe'en, pumpkin lattes and cardigans - the best thing about the Autumn is the telly.