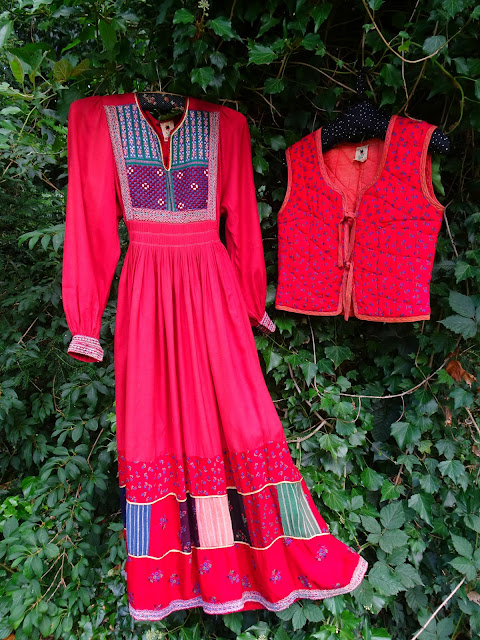 We're into the final month of #Slow Fashion Season and I've been shopping but, never fear, I've been sticking to the rules. My latest wardrobe additions may bear the labels of a well-known British high street fashion chain but they're 100% vintage, hand-embroidered and hand-finished. They sure don't make things like they used to! 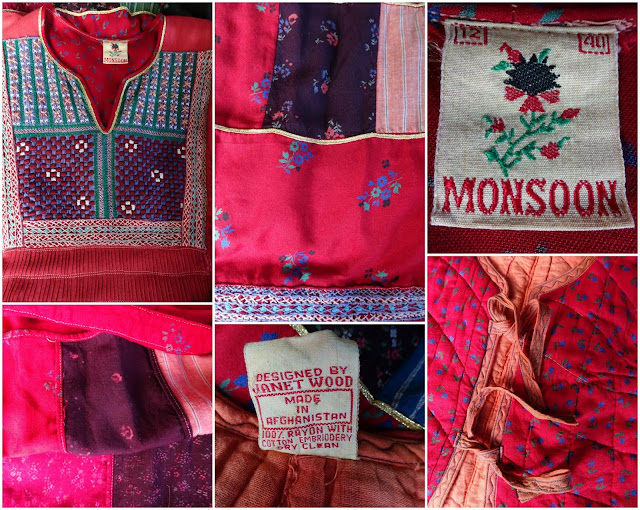 Most of you will be familiar with Monsoon. Together with sister company, Accessorize, the group operates over 800 branches in sixty countries. Although there's never been a shop in Walsall, contemporary Monsoon clothing regularly pops up in the chazzas but while these clothes look pretty from a distance, close up their fabric choices and designs just don't do it for me....but this wasn't always the way.


Monsoon founder Peter Simon was the archetypal hippy, born in Sri Lanka in 1949 after a boarding school education he swapped his strict British upbringing to go and live on a nudist colony in Ibiza. In the late 1960s he and then girlfriend, Kate, travelled the overland trail from London to Rajasthan via Turkey, Iran and Afghanistan in an orange Volkswagen campervan where he fell in love with the vibrant colours and native block-printed textiles he found on his Asian adventures.


With all things ethnic being the in thing in Swinging London, Simon used his travels to bring kaftans, cheesecloth shirts, skirts and block printed kurtas to the masses via his stall on London's Portabello Road market.


Simon opened the first Monsoon store in London's affluent Knightsbridge in 1974, a far cry from his humble market trader beginnings. His office was above the shop and the sales assistants were instructed to let him know if anyone interesting came in. One day it was the Queen of Spain, in a mighty Roller, he says, Another, the Begum Khan [wife of the Aga Khan]. I’d go down and say hello. I was always interested in what people were buying.

On another occasion he met the actress Jane Seymour, She’d just shot the Bond film "Live and Let Die" with Roger Moore, but it hadn’t been released, so she was at a bit of a loose end. We chatted and I just said, ‘Come to Udaipur.’ I was going on a sourcing mission and wanted to photograph some of the clothes that I knew she would look great in — and she did.  Following the shoot Seymour and Simon became a couple, dating for a number of years.


What a beautiful model!

Monsoon's bestseller in 1974 was a hand embroidered, high-waisted Afghan-style dress designed by Janet Wood, a British designer who had previously worked as Thea Porter's personal assistant. She had joined Peter on his travels in the early 1970s in order to create more westernised versions of the clothes he was selling using locally produced fabrics. Despite the popularity of these dresses, very few survived and, on the rare occasion that they do pop up for sale, they command high prices (there's one currently listed on Etsy for £215). 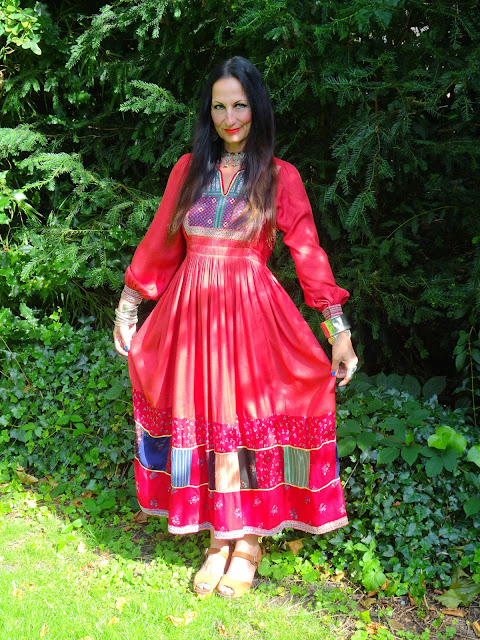 After years of searching I'd almost given up hope of ever finding an affordable Janet Wood designed dress of my own so imagine my joy when I found one listed online for a fraction of the going rate. 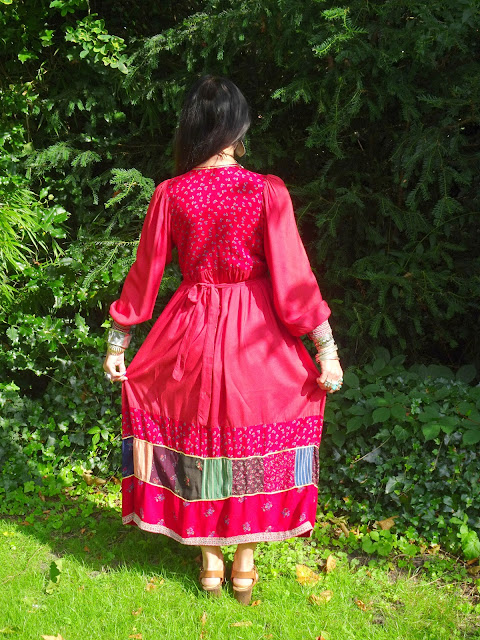 And if that wasn't exciting enough, less than 24 hours later I found the matching waistcoat in a vintage shop.... 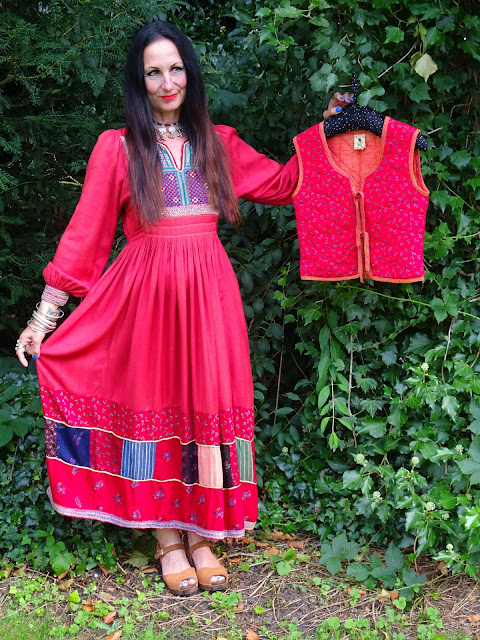 They're like buses, wait long enough and two will always arrive together! 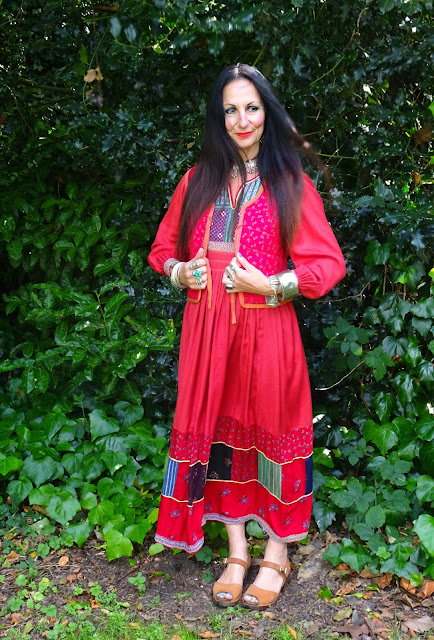 Whilst I'm not a Monsoon shopper their ethical credentials seem better than many of their high street competitors. Their fashion recycling initiative Clothes for Life awards vouchers to customers who donate their unwanted Monsoon clothes back to the store. All the profits from these clothes, which are either resold or donated, go to Newlife, a charity dedicated to changing the lives of disabled and terminally ill children across the UK. (Source). Monsoon also endeavour to remain committed to their original bohemian roots, supporting ethical design and handicrafts. Through the Monsoon Accessorize Trust they claim to have helped improve the lives of disadvantaged women and children in Asia since 1994. (Source)

Linking to SpyGirl's Fall into #Secondhand September 'cos pre-loved really is the only way to shop.

PS If you're wondering about my blog title, it comes from the classic travel book by Alexander Frater.
Posted by Vix at Friday, September 06, 2019