The Tale of The Dream Dress 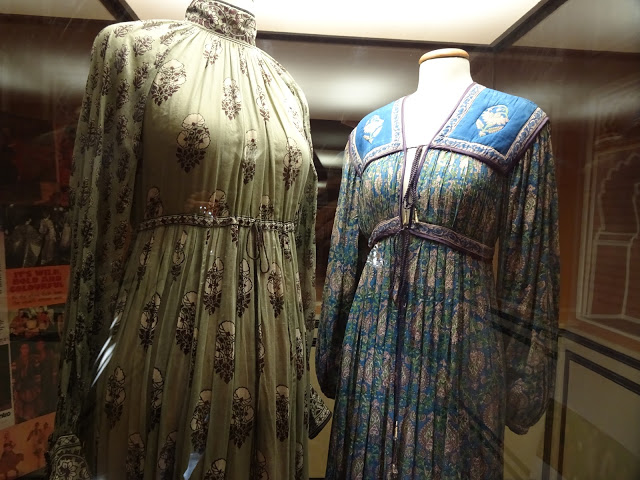 After swooning over the amazing cotton gauze clothes on display in the Anokhi Museum in Jaipur I knew that I couldn't rest until I'd hunted something similar down, the trouble is that vintage Indian dresses are increasingly rare, hugely sought after and those listed on eBay generally sell for £££s. One identical to the blue one above recently sold on Etsy for £425! Much as I love beautiful clothing, I like to be able to eat. 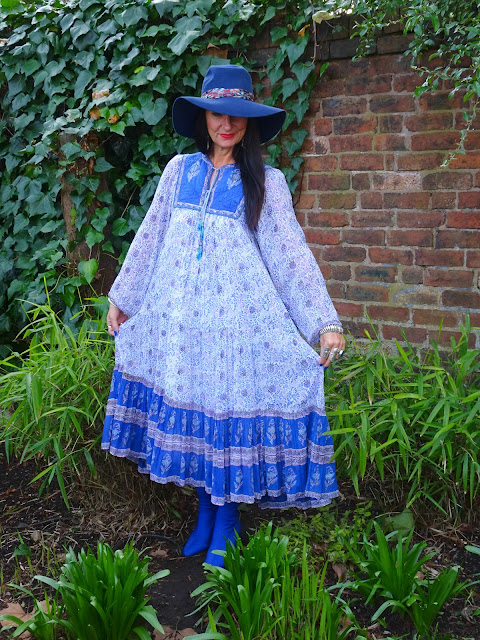 Idly scrolling through a local selling page yesterday I spotted a listing for a Beautiful Dress and, on closer inspection, couldn't believe my eyes. With its quilted floral bodice and indigo block print, it was remarkably similar to my dream dress but without the hefty price tag! I fired off a message enquiring as to whether the dress was still available, manically checking my inbox every ten minutes for a response. When the seller replied and told me that, yes, she'd still got it and I was welcome to come round on Monday and take a look, I danced around the house like a woman demented. I could hardly sleep for excitement. 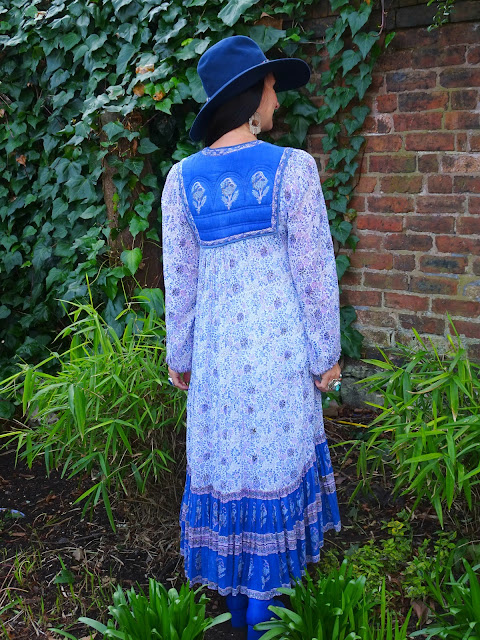 The dress was just as lovely as it looked in the photo and the best thing was I was able to get its back story. It had originally belonged to the seller's older sister who was an artist, she'd bought it from an Indian market stall in the mid-1970s and worn it throughout her art college days, complete with masses of jewellery and flowing blonde hair. When she'd tired of it she passed it on to her younger sister Joan (the lady selling it) who wore it to special occasions and parties for many years afterwards. Now in her mid-60s she'd decided that she was too old for it and while I don't think you're ever too old for fabulous clothes, I was reluctant to argue the point too much in case she changed her mind.Although she was really sad to see the dress go she was thrilled that it was going to get a new life with me - I was wearing one of my gauzy Indian dresses so she could see it was my thing. 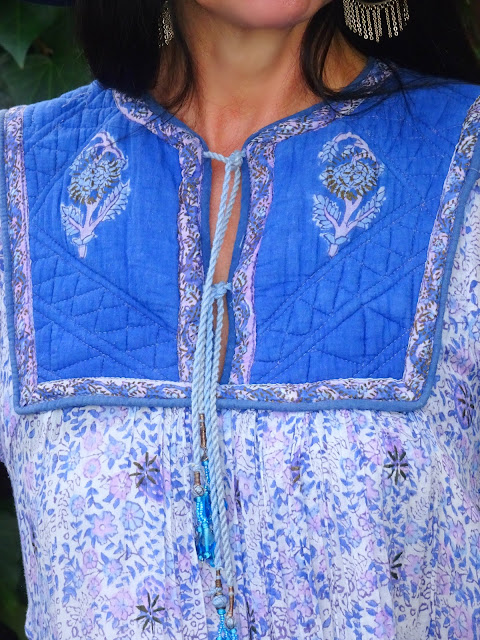 As I handed over my cash, she folded it into a bag and kissed it goodbye and I promised to give it a life just as happy as the one it had experienced with both her and her sister.


Believe it of not Joan lived in the next street! The dress I fell in love with in Jaipur had been living around the corner for over forty years...what are the chances? Even better was that I didn't have to sell a kidney to own it.

I got some brilliant responses to my Sunshine questions, Betty posted hers HERE. I thought I'd better share my answers.

2. Woman you'd most like to swap places with for one day and why? Modesty Blaise, the 1960s female spy. Only for one day though, I'm not sure I could lead a double life for long. 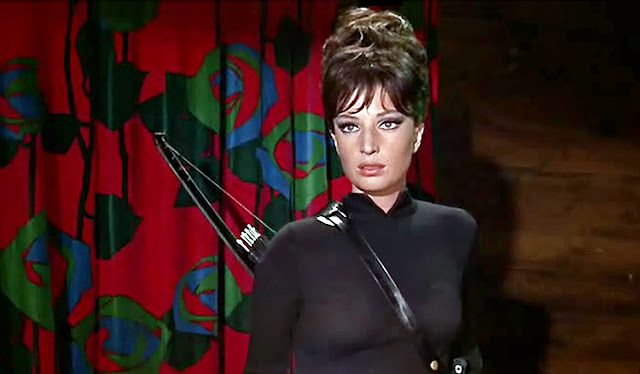 3. Which female actor would you pick to play you in a film about your life? Bollywood legend, H Bomb Helen. It made my day entire life when a hip young guy approached Jon when we were in Jaipur and told him that I looked just like her. 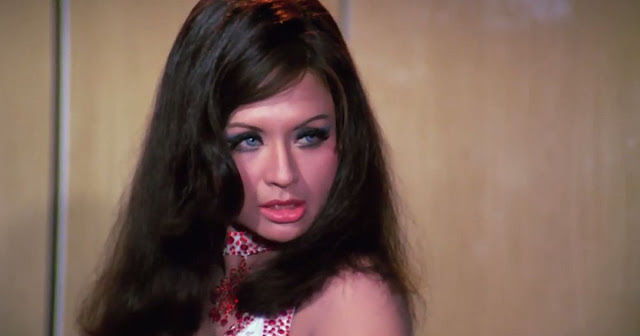 4. Is there a particular woman who influenced your style or inspired you somehow, and who is she? There's two, Mrs Jones a hippy teacher at my junior school in the '70s (read more about her HERE) and my Mum, who taught me that having a strong sense of individual style was far more important than having a pretty face, which explains why I've never given two hoots about the ageing process. 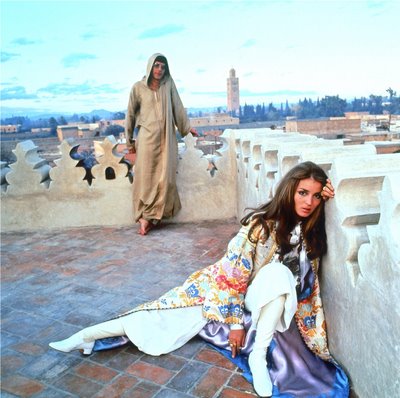 5. Whose wardrobe would you most like to steal? Talitha Getty's.


Lent's supposed about giving things up. With me it seems to be all about acquiring more old dresses, it's just as well I'm an Atheist or I'd never get to heaven.

Linking to Patti and the gang for Visible Monday.
Posted by Vix at Monday, March 11, 2019

Email ThisBlogThis!Share to TwitterShare to FacebookShare to Pinterest
Labels: Block Print, It's All About Me