Are You Gonna Go My Way - Car Booty, Charity Shopping and a Night Out With a Rock God 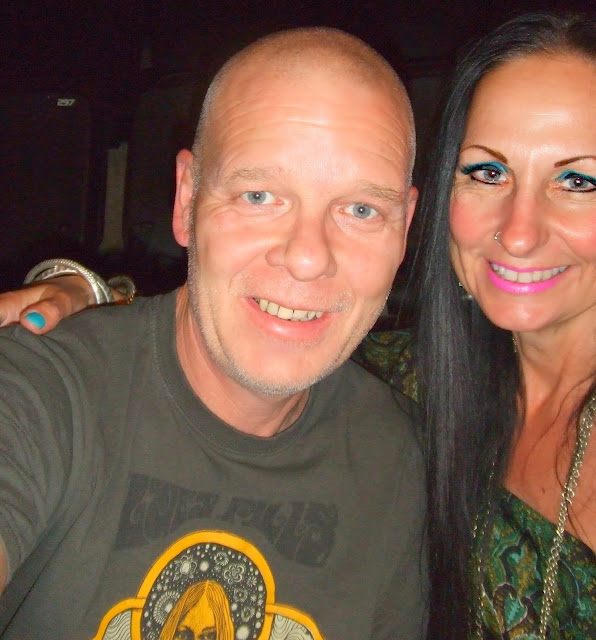 After the relative inactivity of recent times, it's all go this week and, if trading in London and meeting the gang in Chester wasn't exciting enough, on Wednesday night we saw Lenny Kravitz on his current UK tour.  Talk about a typically crap middle-aged selfie - we could be anywhere, a gig, the bathroom,  or even sitting in 'Spoons. Here's the ticket for proof.


If you're eagle-eyed you may notice that the tickets were complimentary - jammy sods or karma for having spent a fortnight under house arrest due to Jon's bad back? The jury's out. 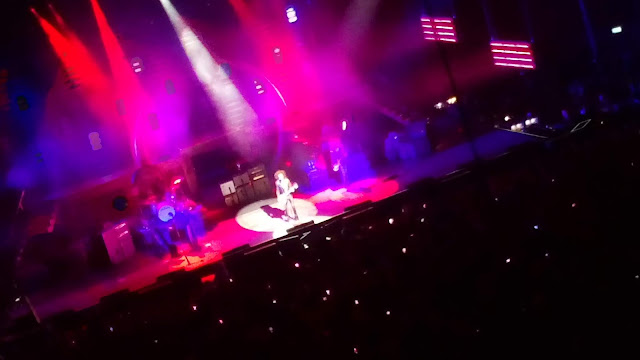 In normal circumstances I'd never choose sit down at a gig but you can't look a gift horse in mouth. Although the view wasn't bad, we felt slightly detached from the performance especially when Lenny jumped into the crowd and went walkabout on several occasions (I was massively jealous - at 54 he's a prime example of how fabulous being in your fifties can be!)

Jon couldn't resist doing that annoying thing of recording a tune but trust me, it was the opening song and the phone was put away immediately afterwards. I can't for the life of me understand why people spend a fortune on gig tickets (apparently our seats cost over £60 each) only to watch the entire set on their stupid phones.

The stage outfits largely consisted of bell bottoms, painted leather, caftans, embroidered waistcoats and a wizard sleeved maxi dress - worn by shaven-headed guitar goddess, Gail Ann Dorsey, who played with David Bowie for twenty years. The light show was spectacular and - apart from a couple of  middle-of-the-road Bryan Adams' style ballads halfway through the set - Lenny was a true rock god - I know he's often compared to Jimi Hendrix but both Jon and I said that he reminded us of Prince. Special mention to the support, Curtis Harding, one time backing singer for CeeLo Green. If you love Northern Soul (and if you don't then you don't deserve ears) have a listen to the track above. 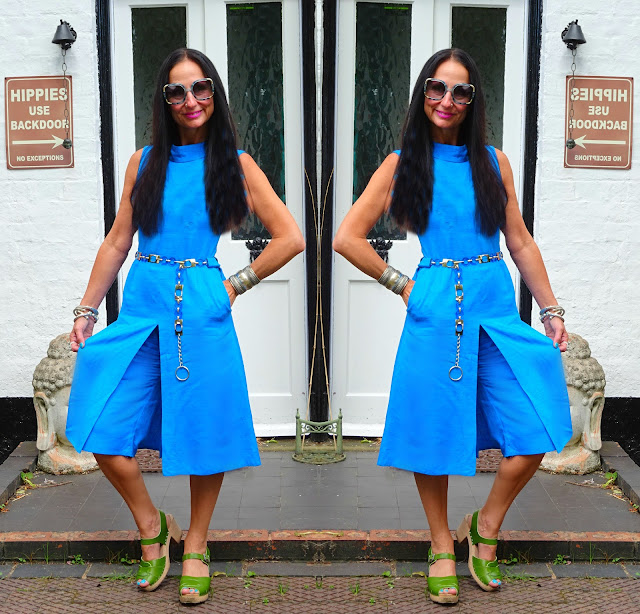 On the day of the gig we spent the morning charity shopping and the afternoon glued to the football. I wore this early 1960s Jean Allen silk tea timer I bought from an antiques fair for £15 six years ago. It had been relegated to the suitcase on top of  the wardrobe when it started to get a bit tight a couple of years ago but since I kicked my increasingly bad diet into touch it's perfect once again.


Despite the late night we were up bright and early for the Thursday car boot sale. What with Jon's back injury we hadn't been for three weeks and I was massively relieved when I drew back the curtains to reveal a dry - if a little breezy - day. This 1970s deckchair I spotted a trader sitting on wasn't actually on sale but I managed to persuade her that it needed to come home with me. 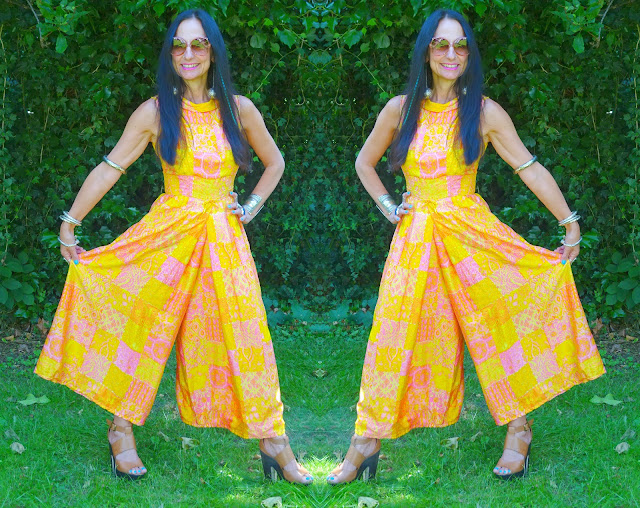 Talking of things getting too tight and being relegated to the suitcase on top of the wardrobe, here's today's outfit, a 1960s silk culotte suit Pull Your Socks Up blogger Desiree sent me over eight years ago. I'm happy to report that it now zips up with room to spare and looking back at old photos fits better than it did when I was a 43 year old whippersnapper....hooray!

The collages above and below were Wednesday's charity shop finds and Thursday's car boot booty.

Ever get that feeling that you need to visit a certain town for a trawl of the chazzas? That was me this morning. We were supposed to be waiting in for a delivery but I told Jon that we HAD to go. Always trust your gut....here's just a few of this morning's finds (some aren't that exciting to look at but are guaranteed sellers and I can't go giving our trade secrets away).

The ladies in the charity shop where I found the incredible John Charles dress tell me that seeing me in my vintage finery is the highlight of their week and insisted I tried on the dress for them. It caused quite a stir what with me flouncing around a bustling Black Country charity shop in a strapless gown at 9.30  this morning, I can tell you! 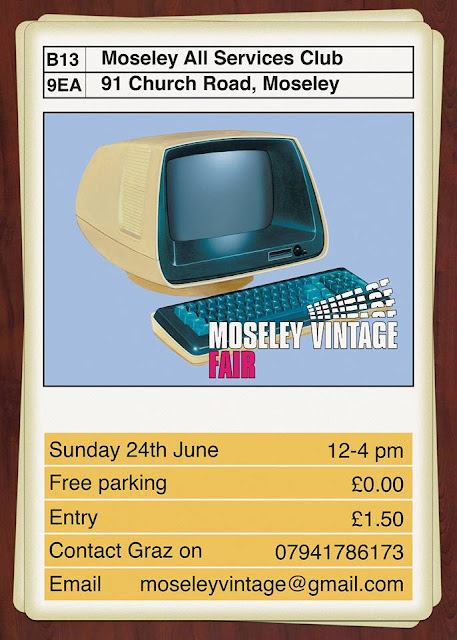 If you want to shop our rails for real you'll find us at Moseley on Sunday (I know, I know, don't remind me of what else is happening at the same time). Come on, England!!!

Linking to Patti and the gang for Visible Monday.

Email ThisBlogThis!Share to TwitterShare to FacebookShare to Pinterest
Labels: Car Boot Buys, Charity Shopping, Music, Out and About