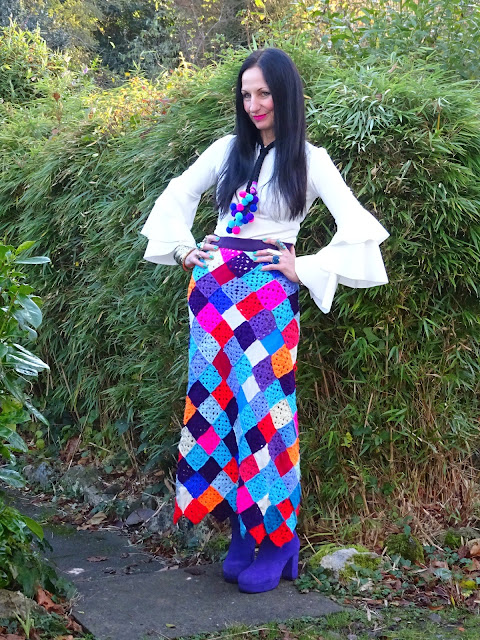 Black Friday? Not on your life or on my body. There's been no shopping round these parts today, in fact we haven't left the house all day. I've been sorting the stock ready for Moseley this Sunday (details HERE)our last vintage fair of 2017, while Jon's been cracking on with the decorating. I'm very excited as I've just had a visit from a lady in love with The Cottage, eager to sound me out. Her house has only just gone up for sale but I really want her to buy it, she's as passionate about original features and preserving old houses as I am. I'm keeping everything crossed.

We haven't had much chance to go charity shopping lately. There's never a great deal donated in the run up to Xmas - except for us and the contents of The Cottage - and we're avoiding the shops we gave my parents' stuff to, I'm happy to give it away but I don't think I could deal with seeing it on the shelves being picked over by the Black Country's great unwashed. That being said, now I've photographed the past fortnight's finds, I don't think we've done too badly.

The two jewel encrusted playsuits and the crushed velvet catsuits were, according to the charity shop manager, donated by the same lady - she must have been a showgirl or a dancer back in the 1970s. If I don't sell the orange catsuit on Sunday I might have to borrow it and I think I'll be keeping that velvet kaftan, too!

I can't entirely claim the credit for all of our finds. The crochet dress had been put aside by a kind charity shop volunteer as she'd thought it was very me and a fellow shopper who we bump into every week was holding on to the Laura Ashley velvet jacket until I got there as she knew I liked "old stuff" and didn't want anyone else to get to it before I did. Talk about creatures of habit, you can almost set your watch by our charity shop visits!

As a child the family's daily dinner service was Barbara Brown's Focus by Midwinter, a wedding present to my parents in 1966. I used to call it balls in boxes. There's only a few pieces left from the original set so I was thrilled to spot a pile of odds and ends on the bric-a-brac shelves of chazza a couple of weeks ago. I thought each piece was £1 but when I took it to the counter it was actually £1 for the lot! 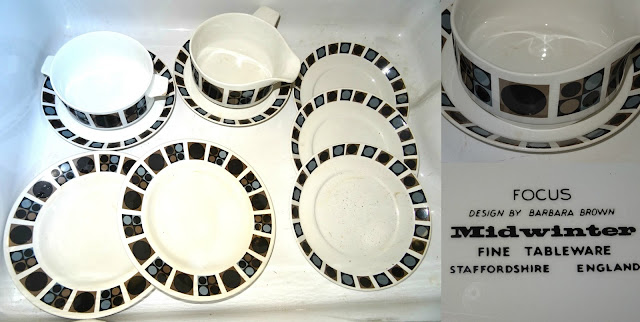 But it's not all shopping, selling and decorating in the lives of Vix & Jon. Last night I blagged  tickets to see Walsall-born legend Goldie at his homecoming gig at Wolverhampton (known as Wolves by us locals) Civic Hall. It often surprises people when they find out that we're into drum 'n' bass and dance music, just 'cos we're vintage traders we're expected to like Elvis and stuff from the 40s and we most definitely do not. We've been known not to do certain vintage fairs as the music is so awful. After six hours of being stuck in a room listening to covers of the Andrews Sisters and Vera Lynn on repeat I start to fear for our sanity. 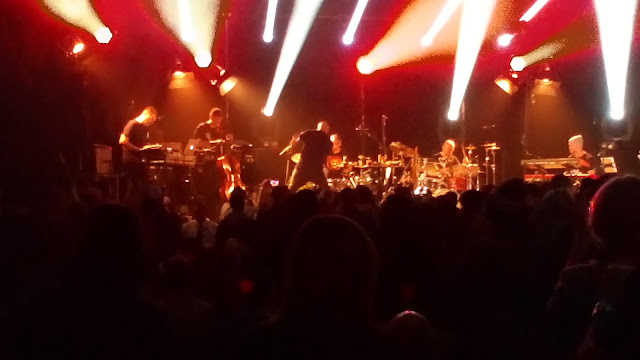 Terrible photos, incredible night! I loved how diverse last night's crowd were, the ages ranged from hip young students to handful of pensioners and who knew Goldie was so big with the Sikh community? When I got home I realised that the last time I'd watched a gig without a pint in my hand must have been over thirty five years ago. The first band I saw was The Stray Cats at Birmingham Odeon when I was 14. I went with Liz, the friend who made the skirt I'm wearing today. 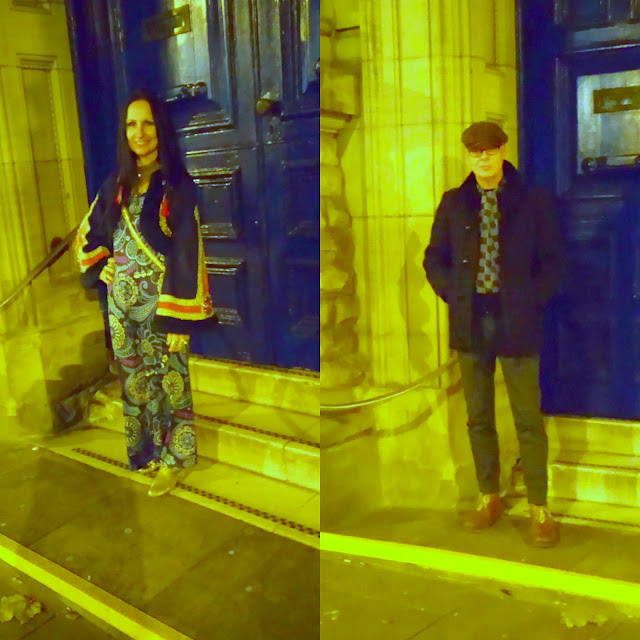 You probably hate drum'n'bass - most of our friends do - but just in case, here's a snippet of Goldie doing his thing....

And here's his support, Reeps One, the amazing human beat box.

See you soon, unless we see you in Birmingham on Sunday.
Posted by Vix at Friday, November 24, 2017

Email ThisBlogThis!Share to TwitterShare to FacebookShare to Pinterest
Labels: Charity Shopping, Out and About, Vintage Fair