A Day Without Dressing Up Is A Day Wasted 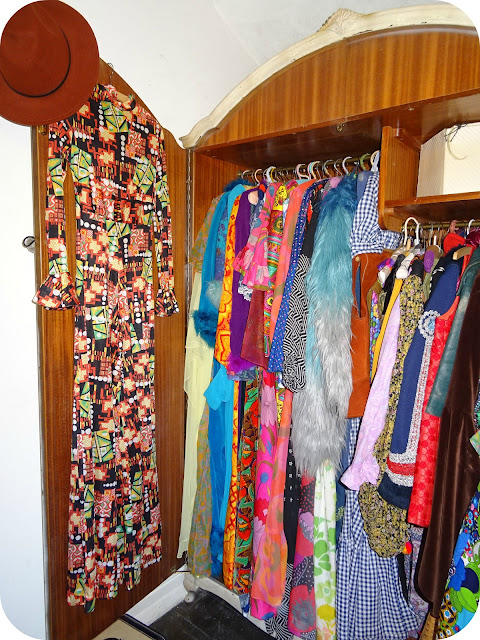 A day without dressing up is a day wasted is my life's mantra and has been the strap line on my blog's About Me paragraph for over eight years. When I started blogging I posted an outfit every day but that was way back when there weren't many blogs around and it was easy to keep up. Nowadays, by the time I've caught up with & commented on all the blogs I follow, I've rarely got enough time to post more than a couple of times a week so, although I dress up every day, most of the clothes I've worn never get shared. 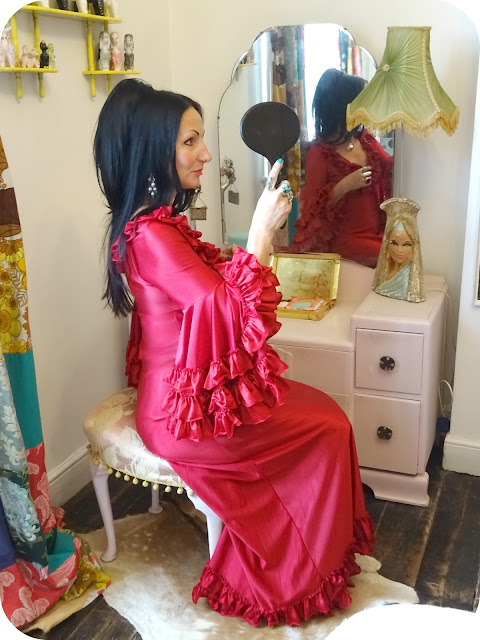 Many of the friends I've met though blogging have abandoned the platform in favour of Instagram and have pestered me for ages to join them but I own an old school Nokia pay-as-you-go phone which rarely gets turned on (yesterday was the first time I'd used it since July) so Instagram was off limits, there was no way I was going to buy an expensive phone and take out a contract when I could blog for free. That was until a random internet search led me to Gramblr - a (FREE) application which allows users to post photos to Instagram directly from a PC without the need for a fancy phone. This means I can share my daily outfits without being wracked with guilt when I haven't caught up with my blog reading (I'm a Brit, I can't help it). With less than seven weeks to go until I'm in India, living out of a tiny backpack with a limited amount of clothing, I'm going to dive into my vast wardrobe and make the most of being able to wear something different every day. 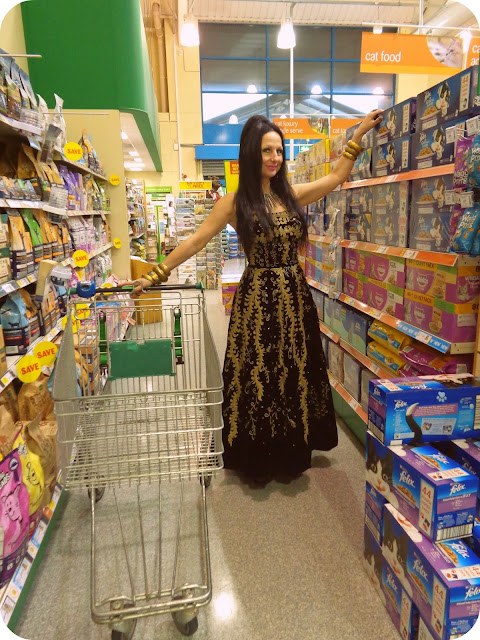 Another Vixism is Dress for the life you want, not the life you have so, here's what I've been wearing over the last few days and the ordinary things I've done whilst wearing them.

On Saturday, I had a lie-in till 8.30 am and finished my current read, A Sarong In My Backpack. Jon cooked us a veggie breakfast and I varnished my completed, decoupaged screen. After we'd eaten I sorted out my dressmaking patterns, dividing the unwanted ones into five lots and listing them on eBay - getting bids on all but one within minutes. Spurred on, I polished four pairs of 1940s shoes I'd bought from a flea market for pennies last year, photographed them and listed them on Ebay - this was followed by a quick search which lead to an impromptu purchase of something vintage and lovely! I spent the afternoon reading The Guardian from cover to cover and doing the crosswords. As we'd done quite well this week from selling some unwanted bits and pieces on eBay we treated ourselves to a delivery curry (veg pathia for me, chicken shashlik for Jon with a veg naan) which we ate in front of the TV - episode 5 of gripping Spanish subtitled thriller I Know Who You Are and a couple of episodes of series 2 of Norwegian whodunit, Acquitted.

On Sunday I watched the Andrew Marr show over tea, toast & organic rhubarb jam, did a couple of loads of washing then touched up my roots. I emptied the bookshelf on the landing and bagged up the huge pile of books we'd already read, ready to drop off at the charity shop next week. After lunch a friend we'd first met at Glasto popped round to give us a suede jacket she no longer wanted. I sorted out the furniture I'd found along with the doll's house in my parents' attic last week, cleaned it up and made a list of what to look out for on Ebay then we watched Toffs, Queers and Traitors, a feature length documentary on Guy Burgess. After tea (the rest of last nights' curry with some freshly cooked basmati rice) we watched a couple more episodes of Acquitted.

At just after 8am yesterday morning we walked into town for our annual optician appointments, we've got a family history of glaucoma so we're both entitled to free eye tests. All done we had a quick whizz around the chazzas - Jon picked up a couple of pieces of vinyl, we popped into Wilkos for some bird food and walked back. After an update from the estate agents (there were ten viewings over the weekend and there's already couple of offers) we had lunch. Afterwards I started to alter a dress before whizzing round to the dentist. I'd fractured a tooth on Sunday evening and they'd managed to squeeze me in for an emergency appointment. When I got home, just over an hour later, Jon prepared tea (roasted veg with Haloumi) and I did some housework. After eating we watched part one of a BBC documentary series on Kim Philby while I re-sewed the hem on the dress I'd worn earlier.

This morning, after my daily Wii Fit work-out and usual fruit & yogurt breakfast we nipped over to the part of my parents' garden we're holding on to and cut back the brambles next to the garage as we'd got a workman coming to repair the roof later. After a quick tidy up we got changed and drove round to the accountants to drop in our end of year accounts before dropping off a few eBay sales parcels at the post office. Back at home Jon cracked on with insulating the walls in the spare room and, as my services weren't required, I swept the leaves up outside the front of the house and brought the geraniums into the utility room for the winter. After lunch I caught up on my blog reading, wrote a blog post. After tea (wholemeal pasta with pesto, fresh broccoli & leeks) I'll finish altering the dress I started yesterday and wrap a couple more eBay sales parcels then we'll watch the final installment of I Know Who You Are on the BBC i-player. 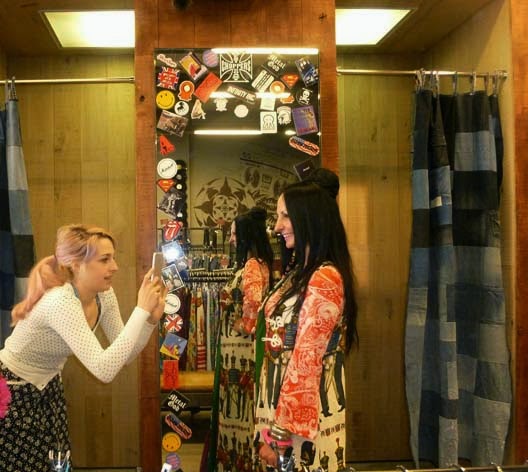 If you want to look at my daily photos on Instagram then you'll find me HERE. You don't need an account to look and you can rest assured that my page will be a pouting selfie-free zone. I'm 50 not 15. 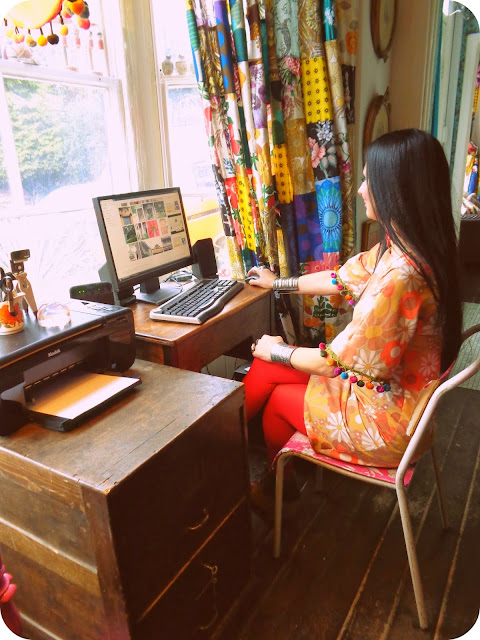 I've no intention of abandoning blogging and why would I? Having my own little space to write, share photos and connect with like-minded people the world over has helped me through some of the toughest years of my life. It's made this ordinary almost-fifty-one year old woman feel like a celebrity at times - being recognised in the street never fails to take me by surprise. I'm going nowhere!