The Sweetest Taboo - My Charity Shop Find Of The Week 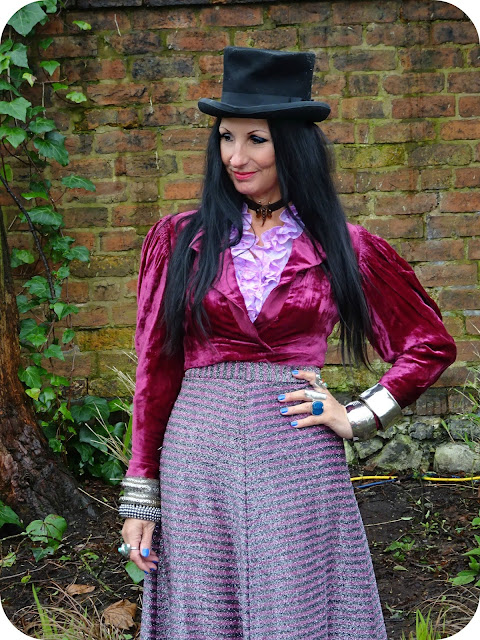 There I was rifling through the rails in the clearance charity shop on Thursday....Primark, New Look, George at Asda, Matalan,....blah, blah, blah...and then, finally, this. 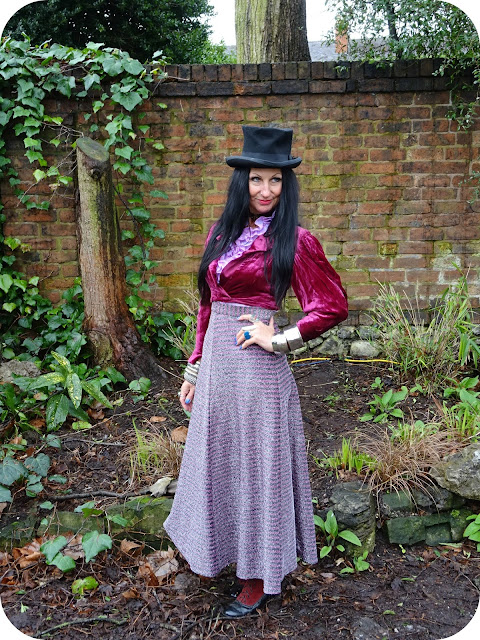 A velvet, hand-stitched jacket with leg 'o' mutton sleeves, painstakingly neat smocking to the shoulders and silk lined - 1920s or Victorian? Who cares? At £3 it was coming home with me. 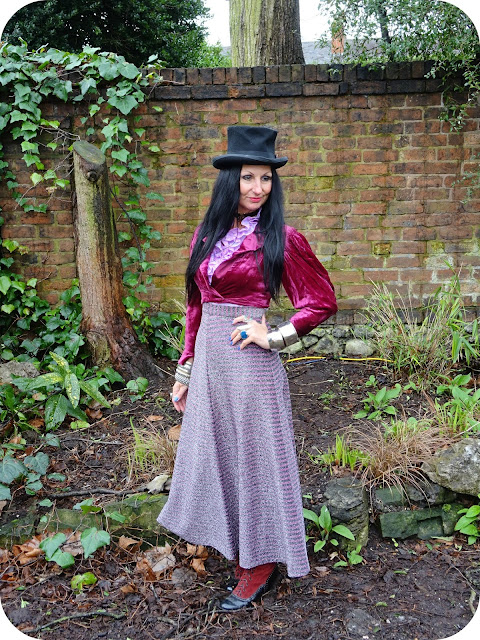 The splendidly dark BBC historical drama Taboo has had an effect on me ...and it's not just Tom Hardy rasping I have a use for you at the end of episode 7....I loved the Steampunk meets Regency costumes so my new-to-me jacket inspired me to create something Taboo-esque by mixing it with some old 1960s & 1970s favourites I've had for years along with Jon's vintage top hat. 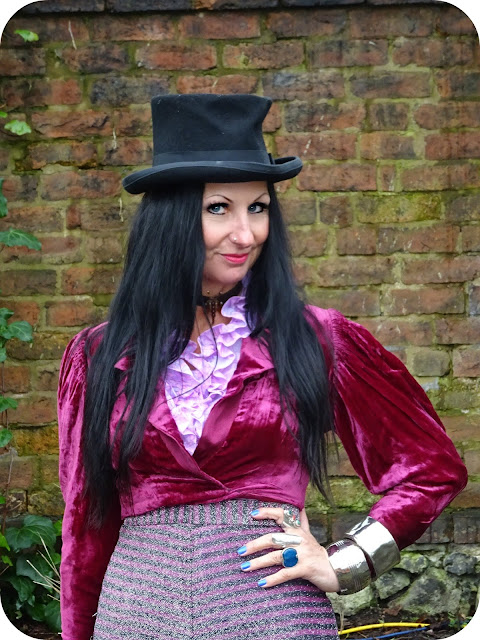 Talking of chazzas, we've been out and about, scouring the Black Country for treasure.

Did I mention our lack of internet? It's all fixed now. Hooray! It wasn't all bad though, the last time the house was this tidy was when it featured in an interiors magazine two years ago (HERE). 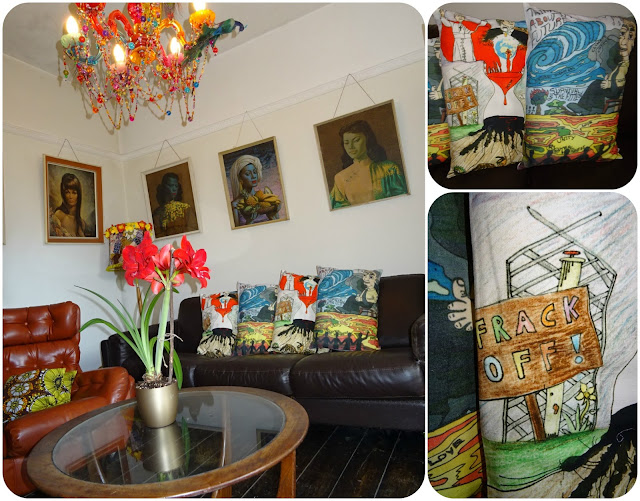 I spotted these Indian-made cushion covers reduced to a £1 each on a right-on, fair trade website the other day. They're the size of pillow cases so I made some new cushion pads for them by combining the filling from our old tatty cushions and sewing them into some old pillow cases. Does this mean I'm an armchair activist now? 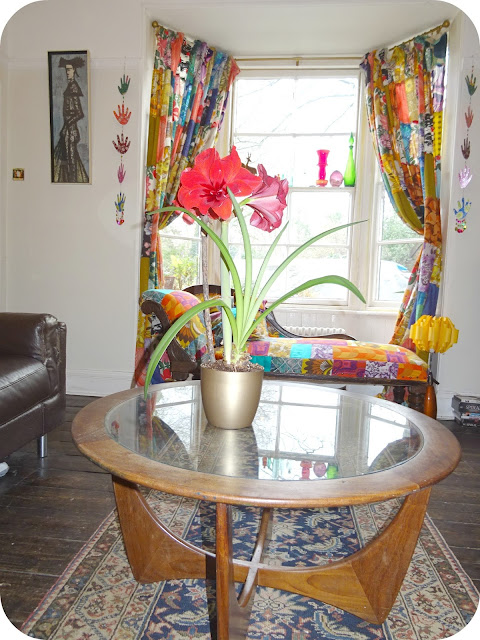 This antique Persian runner came from my maternal Grandfather's family home. Believing it to be quite valuable and with nine cats and two kids, my Mum was scared it would get ruined so it was stuffed in a trunk and shoved in the boxroom where it languished for decades.


It seems almost a crime to have been be hidden away for almost forty years so we rescued it and rolled it out our the lounge although, at over 15 feet long, it's longer than the room itself. Trouble is, now we've done some research into the value of 19th Century rugs I'm scared of ruining it, too.

I don't think I'll be hanging about outside without a coat for the rest of the week, apparently we've got snow on the way...not that it'll stop us going on a chazzing mission or two!


Linking to Visible Monday where the gorgeous Patti is also dressed head to toe in secondhand gear and the fabulous Judith's Hat Attack.