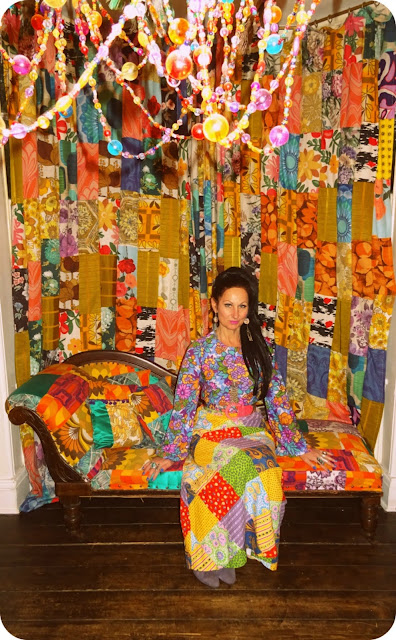 It's truly horrible outside, it's been lashing it down for hours, freezing cold, dark and windy but you'd never guess from these photos. With the glow from my riotously colourful patchwork, it's always sunny in our house. 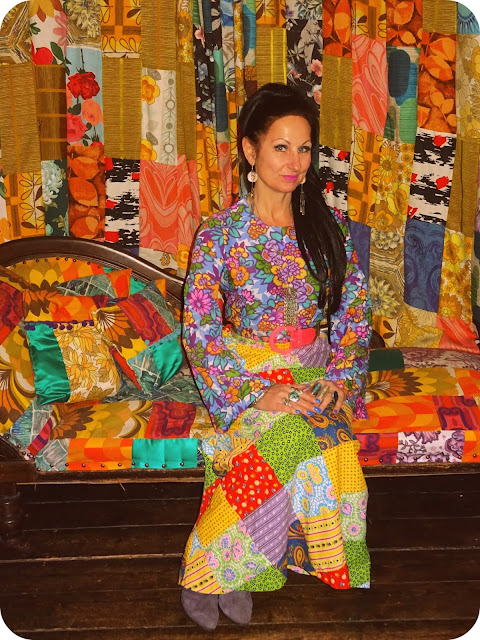 I thought I might have been in danger of blending in with my surroundings, sitting on the chaise in my quilted patchwork maxi, but I think that you can just about make me out. 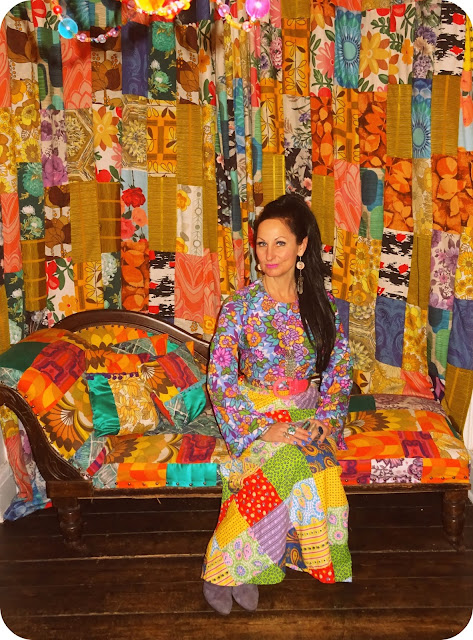 My fabric stash is running on empty so sewing was a no-no this weekend. Instead I had a massive jewellery sort out and made some earrings with the cast-offs. 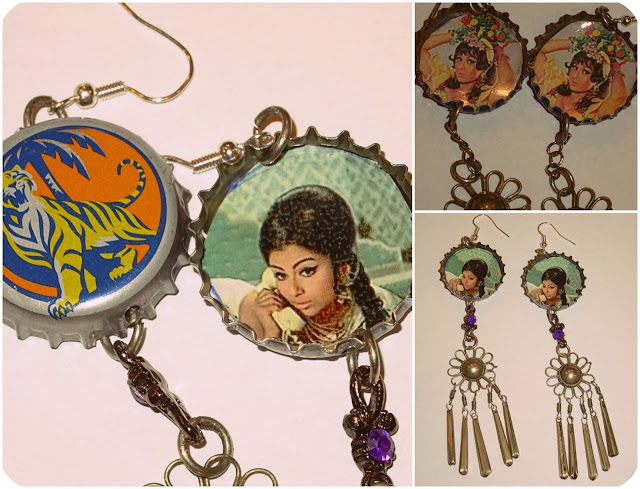 I'd had these Tiger beer bottle tops stashed away for ages and combined with some 1960s images of Bollywood goddesses, Helen & Sharmila Tagore, pinched from the internet & printed out on photo paper, a rusty Lamani tribal necklace and some broken earrings bought in Mumbai I made these (I say me, Jon did the drilling, I'm not great with intricate stuff). 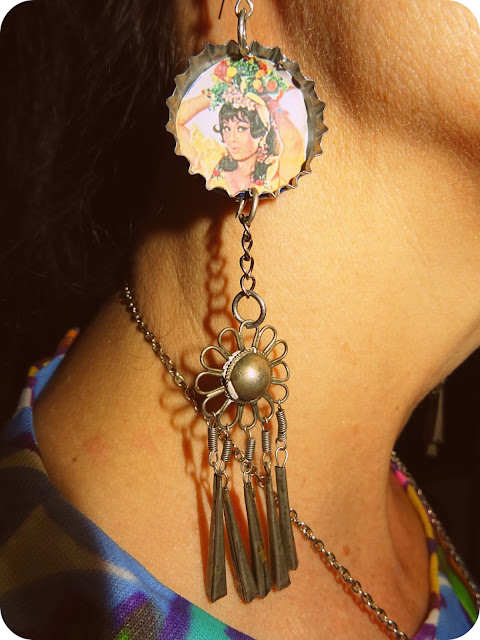 Ta-dah! I'm going to have to drink more beer so I can make more....it's a hard life!


In other news Frank's been for his check-up and is booked in for pom-pom removal on Friday. The vet reckons he's about three years old and in remarkably good nick considering he's been living rough for at least a year, he's also very impressed with the size of his plums. We've had him chipped and keep following him around the house saying, You're my cat now, in an evil League Of Gentleman way. Poor boy.

Linking to Patti & the gang for Visible Monday and Natalia, Tina & Beate's Midlife Fun.
Posted by Vix at Monday, November 21, 2016