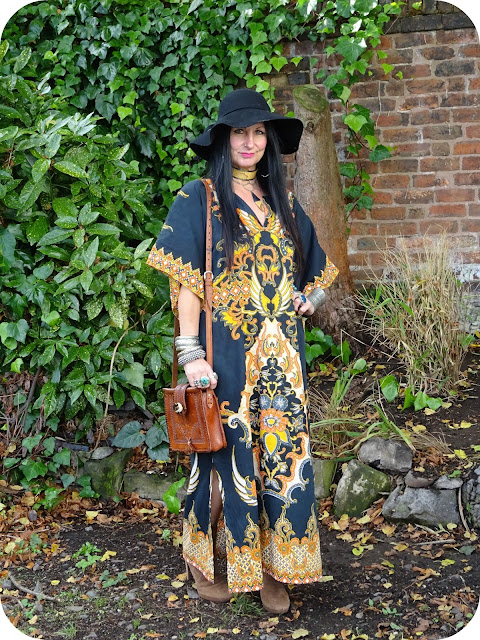 That's definitely you said the lady behind the counter of the charity shop as she relieved me of my two £1 coins. What with this 1970s cotton kaftan, the 1930s evening dress and my massive sleeved velvet maxi, last week wasn't half bad for vintage additions to my wardrobe and at £6 for all three, pretty easy on the purse, too. 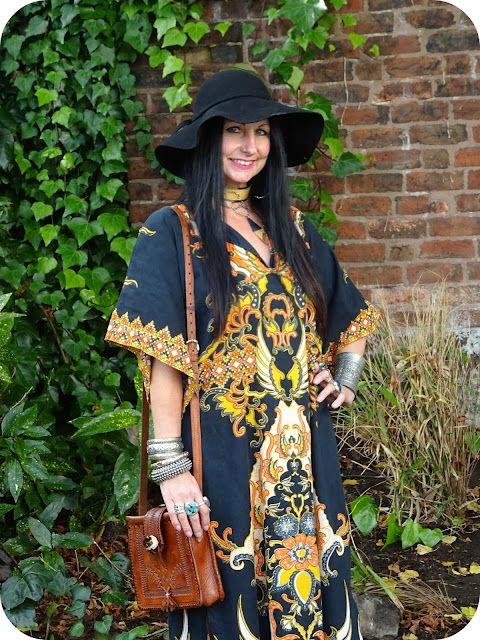 Cotton kaftans are cheap as chips on the tourist market stalls in Goa. I often see them labelled as "vintage" on the internet. Mine's the real deal though, the cotton is far superior, the seams aren't over-locked and it fastens with a rusty old metal zip. I won't be selling this one any time soon, there's a slight tear at the neck and although it's repairable I've got so much mending to do that I really can't be arsed and besides, its far too comfy to part with. Here's last week's massive sleeved maxi (seen HERE) all set for a day's work at Judy's Affordable Vintage Fair in Bath. With over 1000 through the doors we had a phenomenally busy day. We left home at 5.30am, started unloading the van at 7.45am and sat down for the first time at 5.20pm.

It was well worth the blistered feet and aching limbs though especially as I got to catch up with these two velvet-clad blogging babes, Mim & Gisela.

After dinner and a few beers in our hotel, a rather marvellous 18th Century manor house built in the style of a Gothic castle, we turned in early, ready for Sunday's vintage fair at Bristol's trendy Paintworks.  I'm wearing a 1960s Indian block printed maxi I found listed as "long yellow dress" with a Buy-it-Now price of £5 a fortnight ago (who says you can't find cheap vintage on eBay?) Jon accepted the Jones The Bootmaker leopard ankle boots as payment for a vintage top by a cash strapped festival customer (they originally retailed at £99, he's good, isn't he?) Long time readers may recognise the Peterson Maid psychedelic maxi I'm holding, it was mine but I'm adhering to the one in, two out Vix wardrobe law. 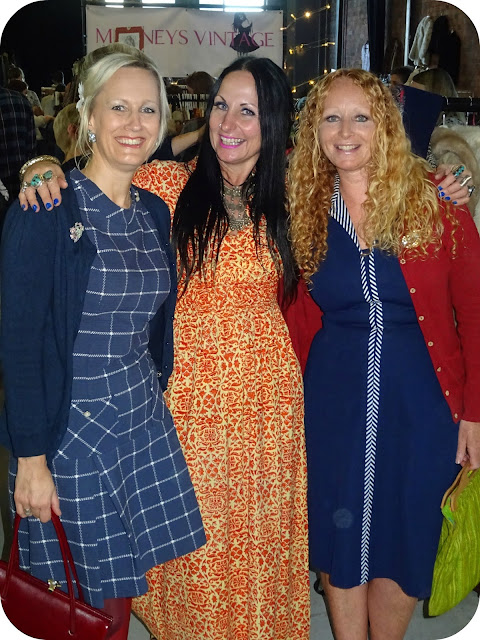 Dee and her friend Kaz paid us a visit. Dee's wearing the 1970s Crimplene midi she bought off us last year. 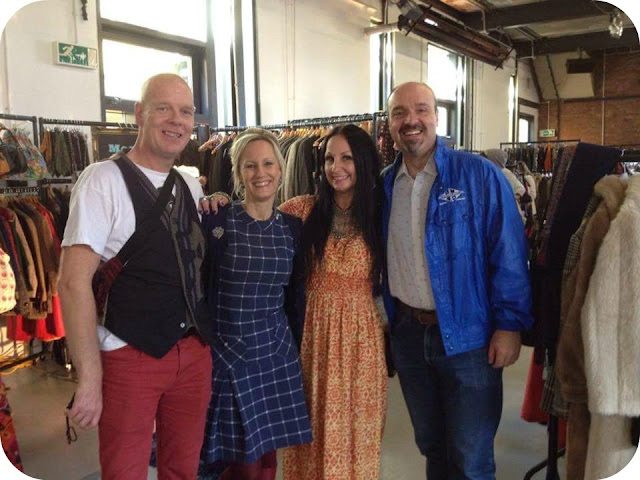 Jon kitted out Kaz's partner, David, in some cool 1970s threads while Kaz got her New Year's Eve wardrobe sorted with a 1960s Barbarella style metallic mini dress and some vintage gold platforms. 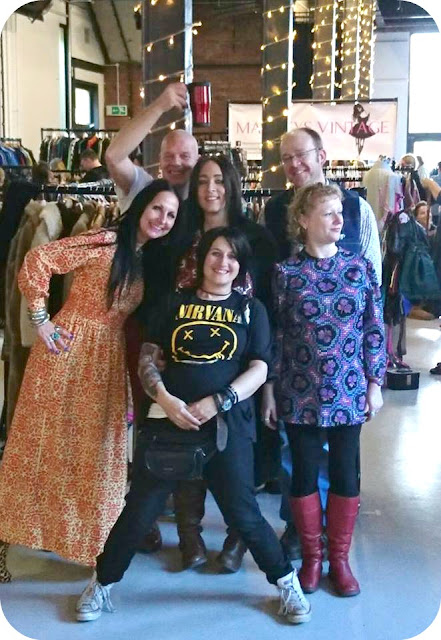 While Bristol wasn't quite as busy as Bath we still had a great day selling to some cool people and catching up with fellow Midlanders and Judy's Vintage family, Make Do & Vintage and Baboushka.

We came home with two sackfuls of empty coat hangers. We're trading in Liverpool on Saturday and it looks like the next few days will be spent frantically hunting for cool vintage threads to replenish the rails, either that or I'll be forced to ransack my wardrobe...again!