It's That Time Of Year Again! 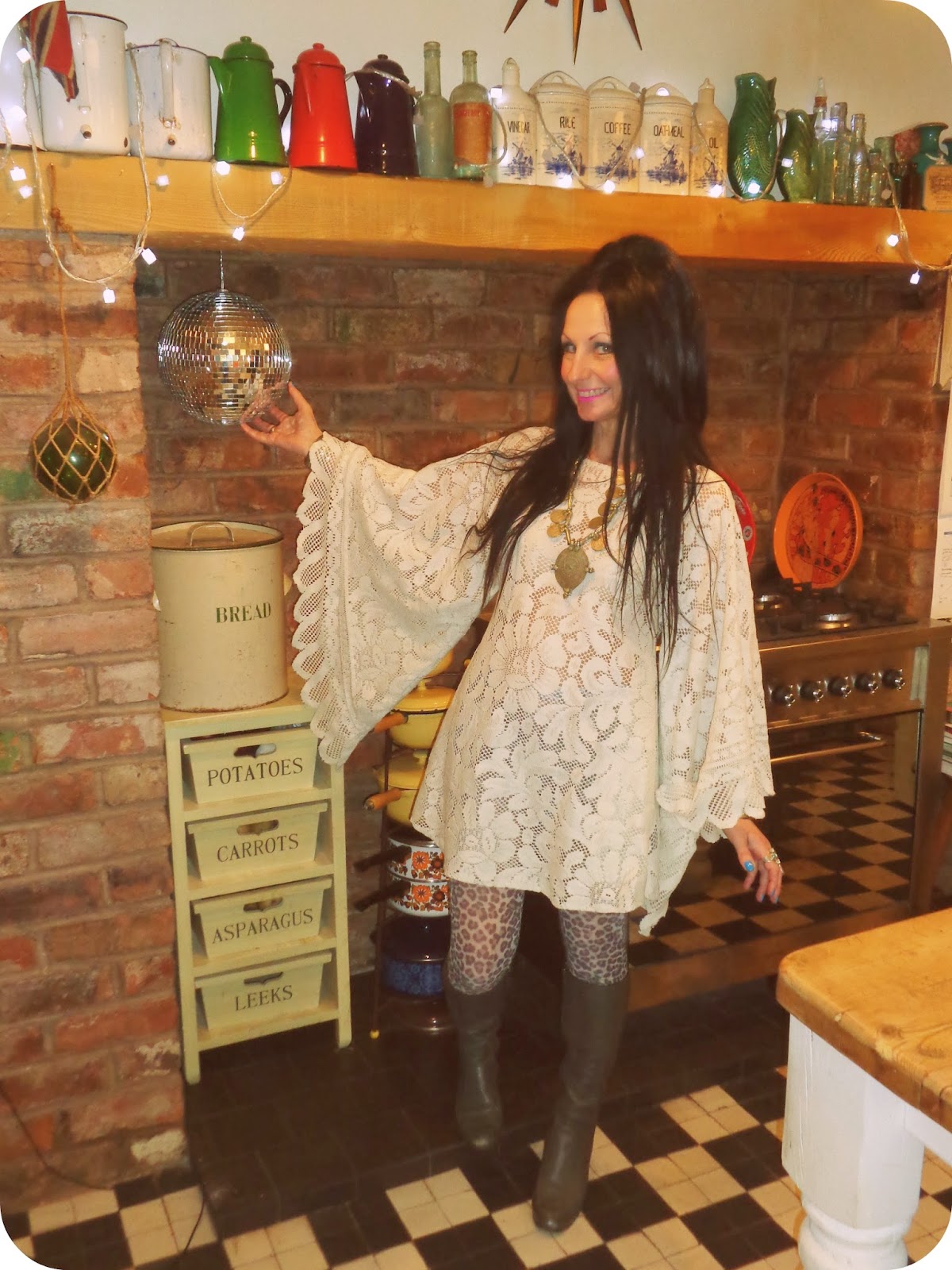 As a rampant atheist I'm no fan of Xmas, but with my angel-sleeved dress, mirrored disco ball and sparkly lights (which stay up all year round) I reckon I could pass as a cut price Christmas fairy. 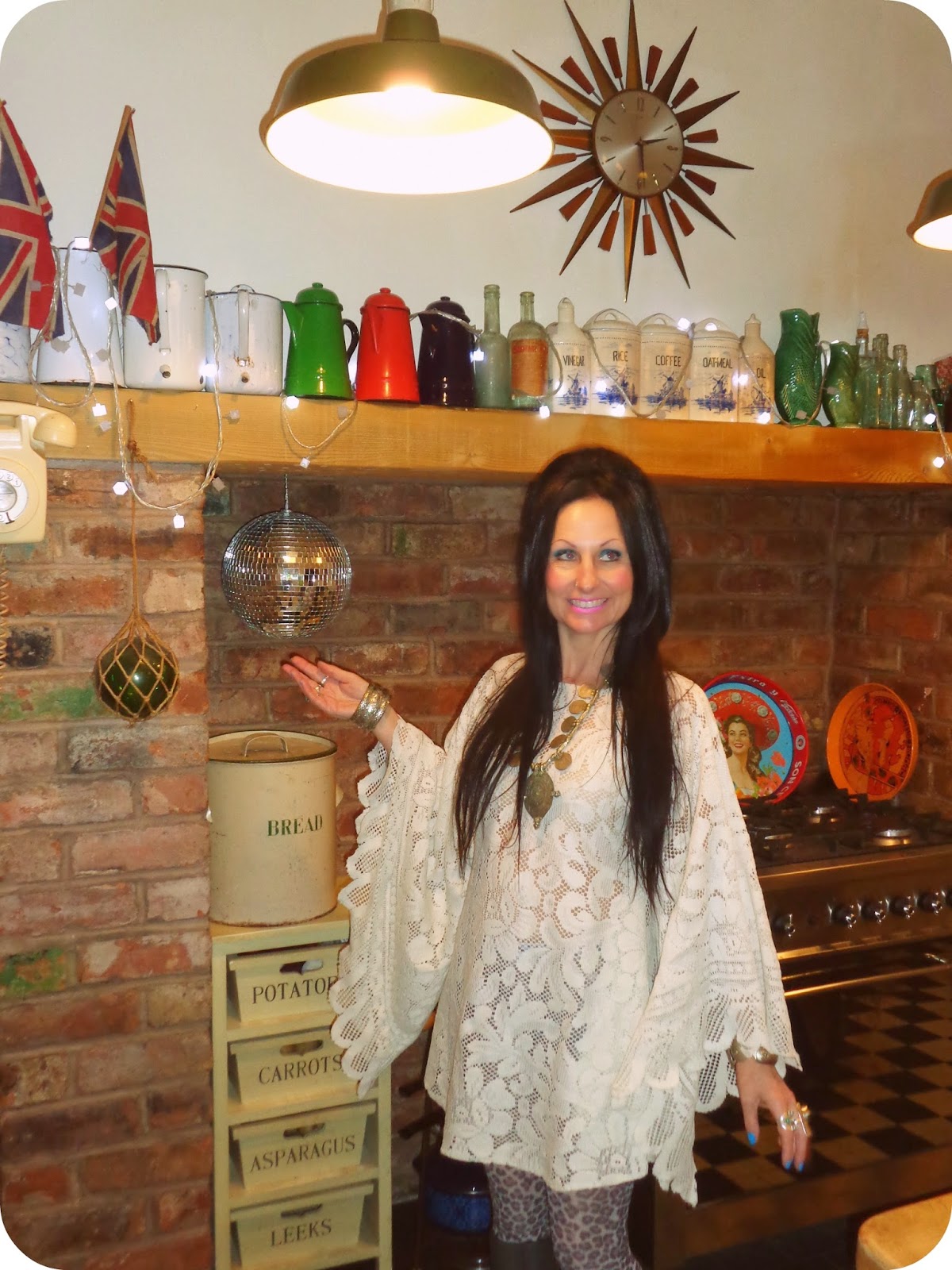 I thought I'd finished shopping but I missed a parcel yesterday & I had to pop to the Post Office to claim it. Luckily the town wasn't as manic as I'd feared and, parcel collected, I did a final jaunt round the chazzas & managed to find Jon an extra something , which not only stays within our allocated present budget (£20 this year) but it's an item he's been after for months. I can't show you, he reads my blog!

Throughout the year we chuck our spare change in a tin and just before Xmas we'll weigh it in at the supermarket. With the proceeds we buy fancy cheeses,olives, booze and cat treats, replenish our herbs, spices and canned beans, stock up on household essentials and any last minute holiday toiletries. We also purchased enough fresh veg to make curries and soups (I'll blanch and freeze any I don't use) which should see us through to Goa - three weeks away and counting! 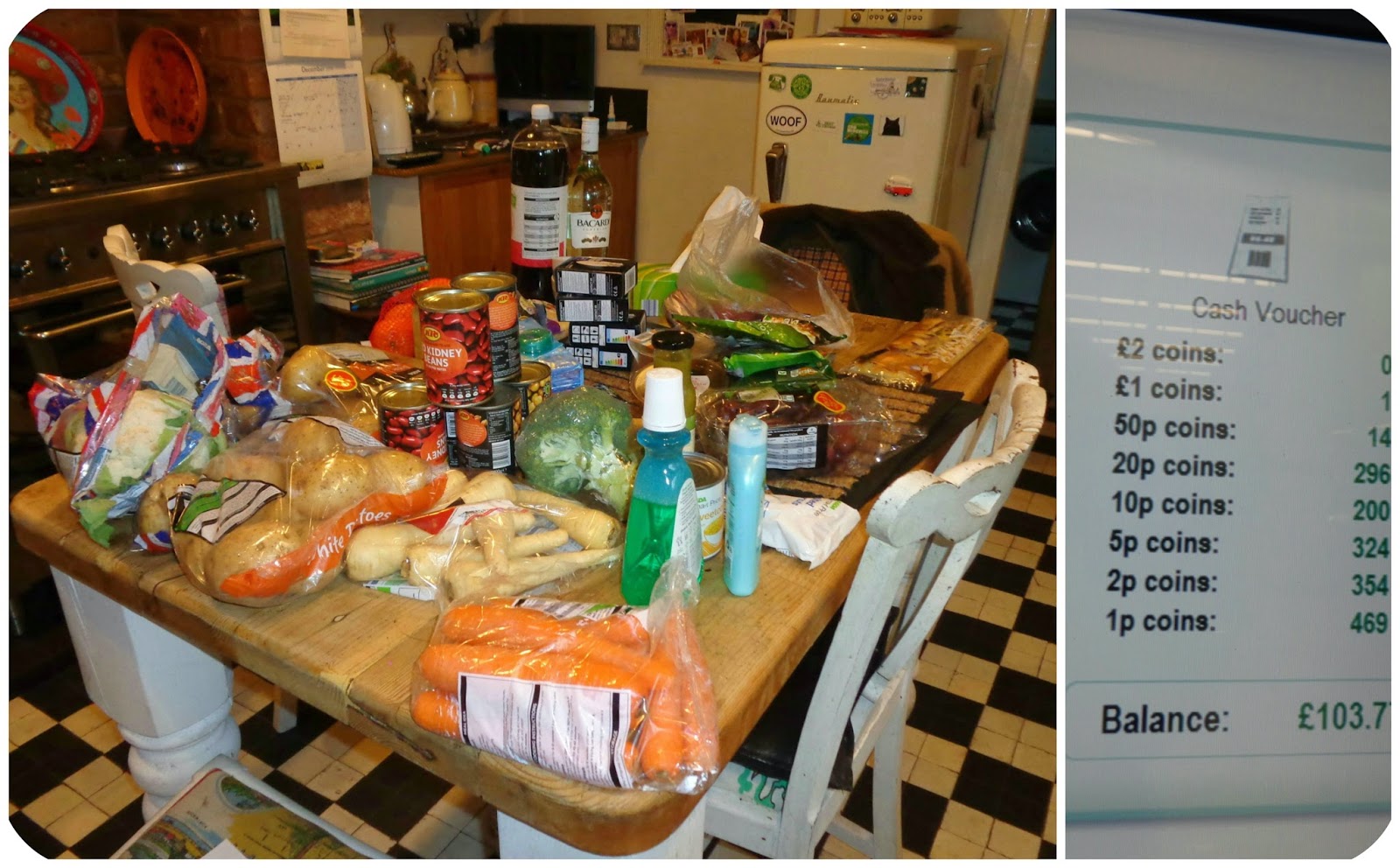 I've already made my Keralan-style basic curry sauce in readiness for Xmas day. The recipe is HERE. My previous career involved providing roast dinners for over 2000 people and, over a decade later, I still can't imagine anything less appealing. 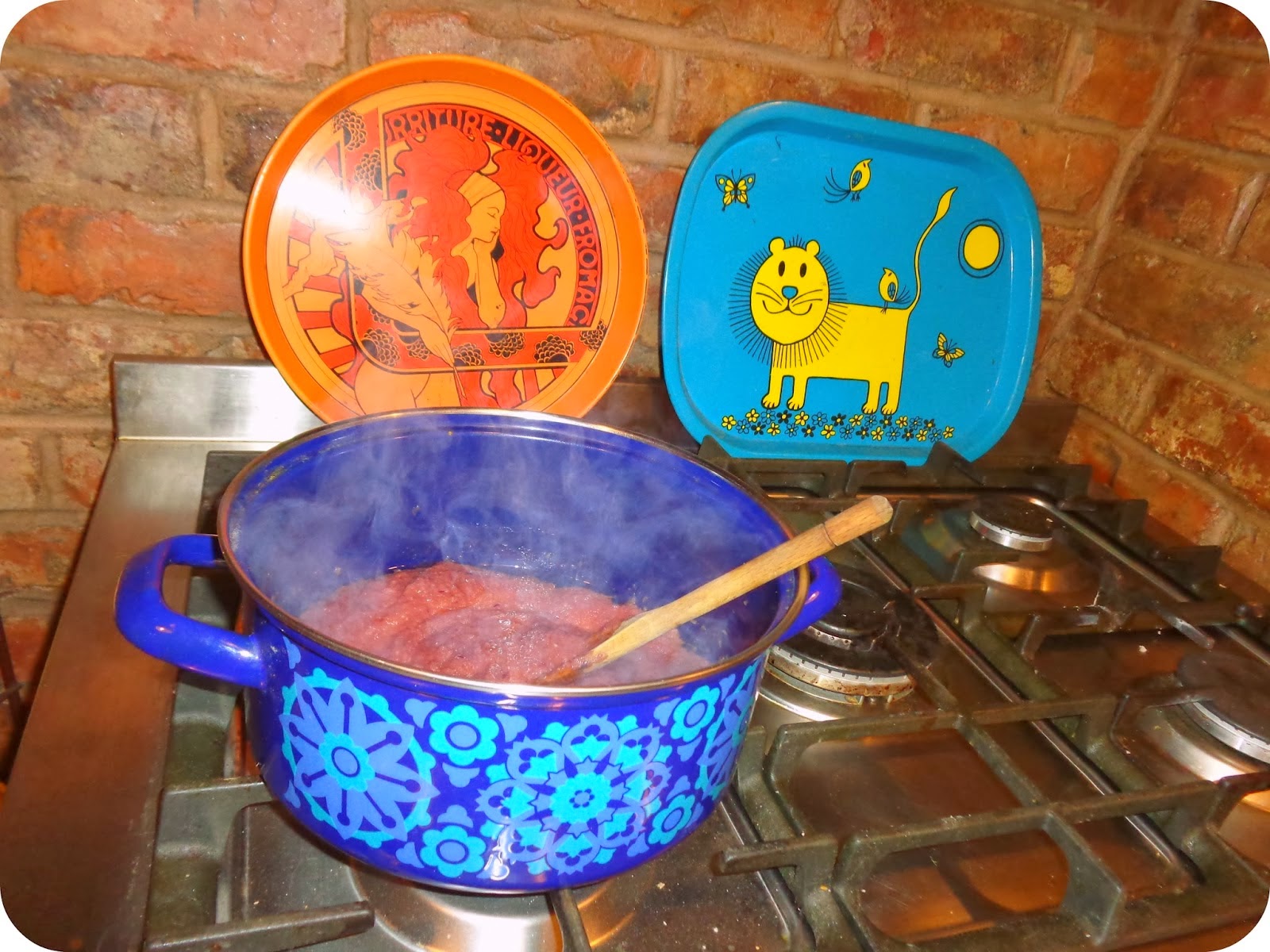 This year we'll start with veg pakoras with a cucumber raita dip, so I've used my super groovy vintage Pifco gadget to make the yoghurt. We won't bother with a pudding. We don't eat any more on the 25th December than we usually do. Besides I've a string bikini to get into! 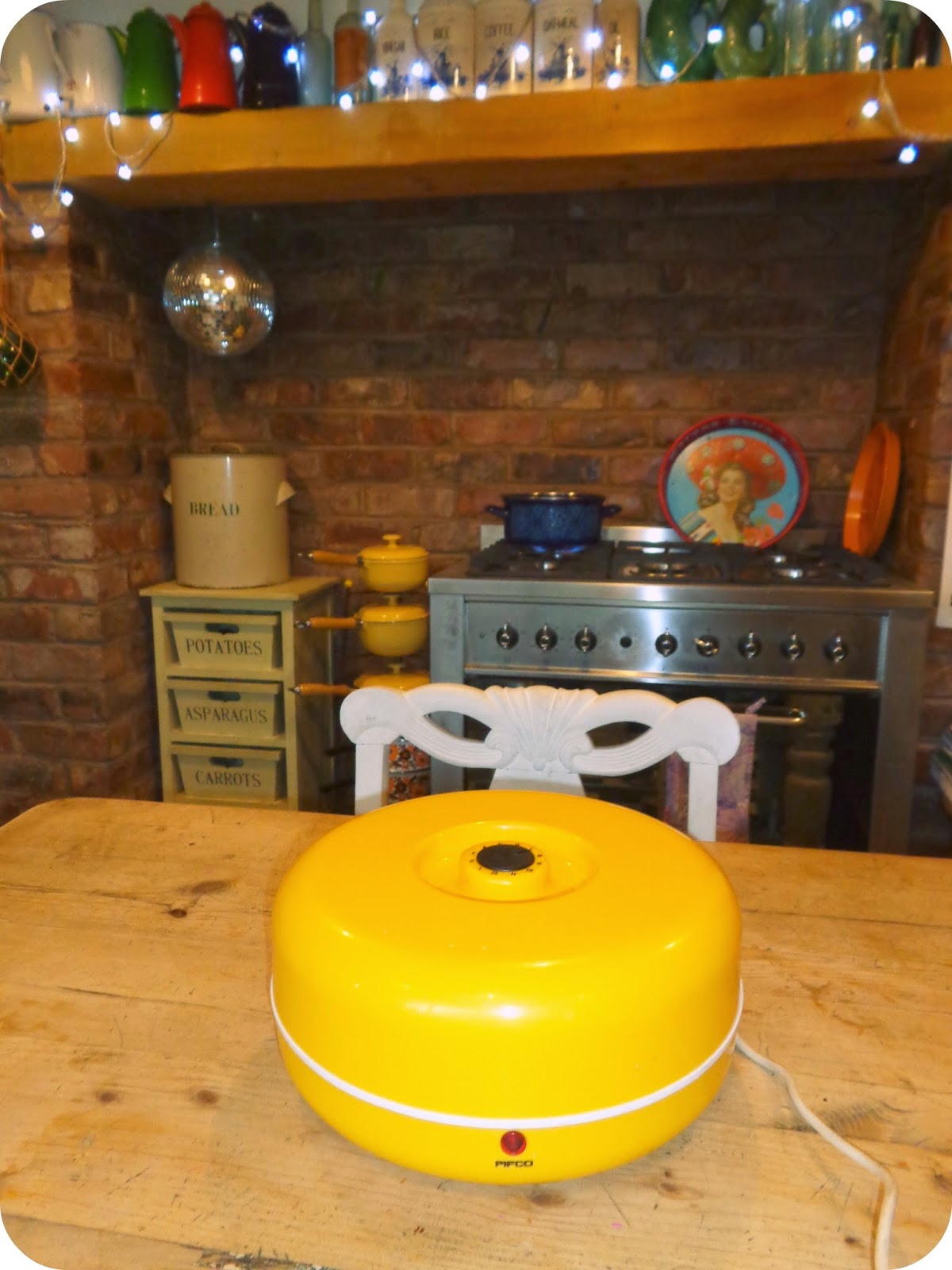 We've got a download of the original 1970s TV series of Tinker, Tailor, Solider, Spy to watch after lunch (thus avoiding any naff Xmas day telly). 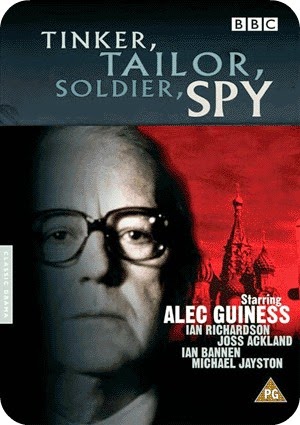 Once I've visited Dad's nursing home tomorrow, I'll pop a few decorations up so that our home looks a bit festive for our visitors (my brother and Jon's oldest friend, Tony) who always pop round on Xmas night for drinks, nibbles and a pop quiz. 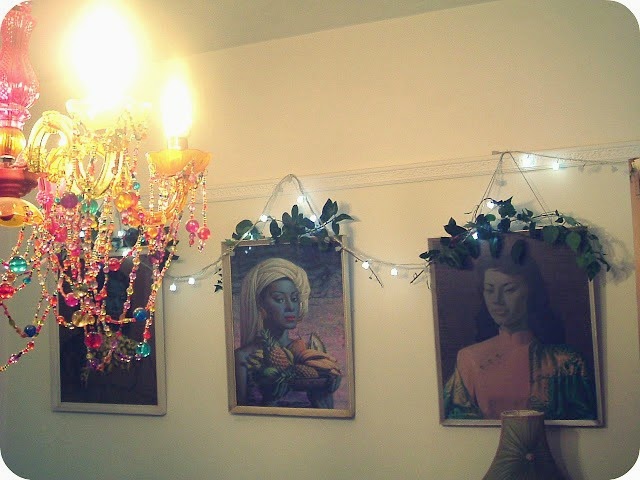 I'll cut holly and ivy from the garden to festoon the Trechikoffs and chop down a branch from one of our fir trees, decorating it with my hand-made crimplene decorations (salvaged scraps from an old project) and top it with the Vintage Vix fairy Emma-Kate sent me several years ago. 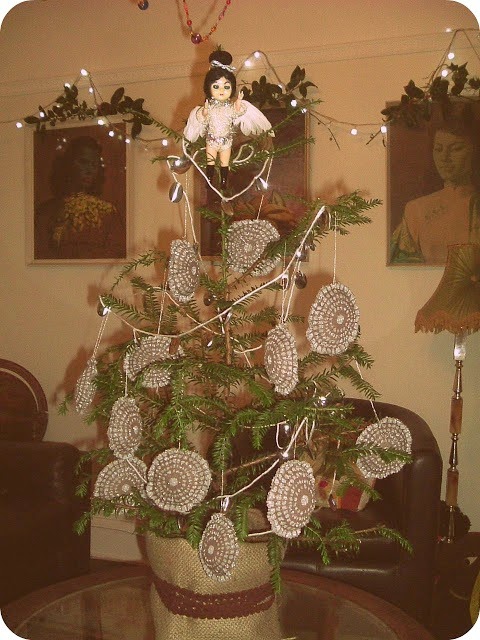 So that's our Xmas, free food, free fun, second-hand pressies and a room decorated with stuff foraged from the garden. That means we can afford to treat ourselves to dinner & wine in Wetherspoons on Boxing Day.

Whatever your plans have a cool Yule and see you on the other side!

Email ThisBlogThis!Share to TwitterShare to FacebookShare to Pinterest
Labels: It's All About Me, Our House