Goa Dreamin' - How I Pack My Travel Bag

Stuff the turkey & balls to baubles, now we've got our tourist visas, I can't concentrate on anything but Goa. Having my Facebook feed bombarded with Xmas trees and advent calendars on December 1st was just the kick up the arse I needed. Two Air India return flights were booked & paid for before I had to endure another photo of a half-eaten mince pie. It feels wonderfully subversive to be buying factor 30 sunscreen in Bodycare whilst the rest of the queue are arguing the merits of whether Victoria Beckham's latest fragrance will do for Auntie Vera or if she'd prefer Jade Goody's at £3 less. 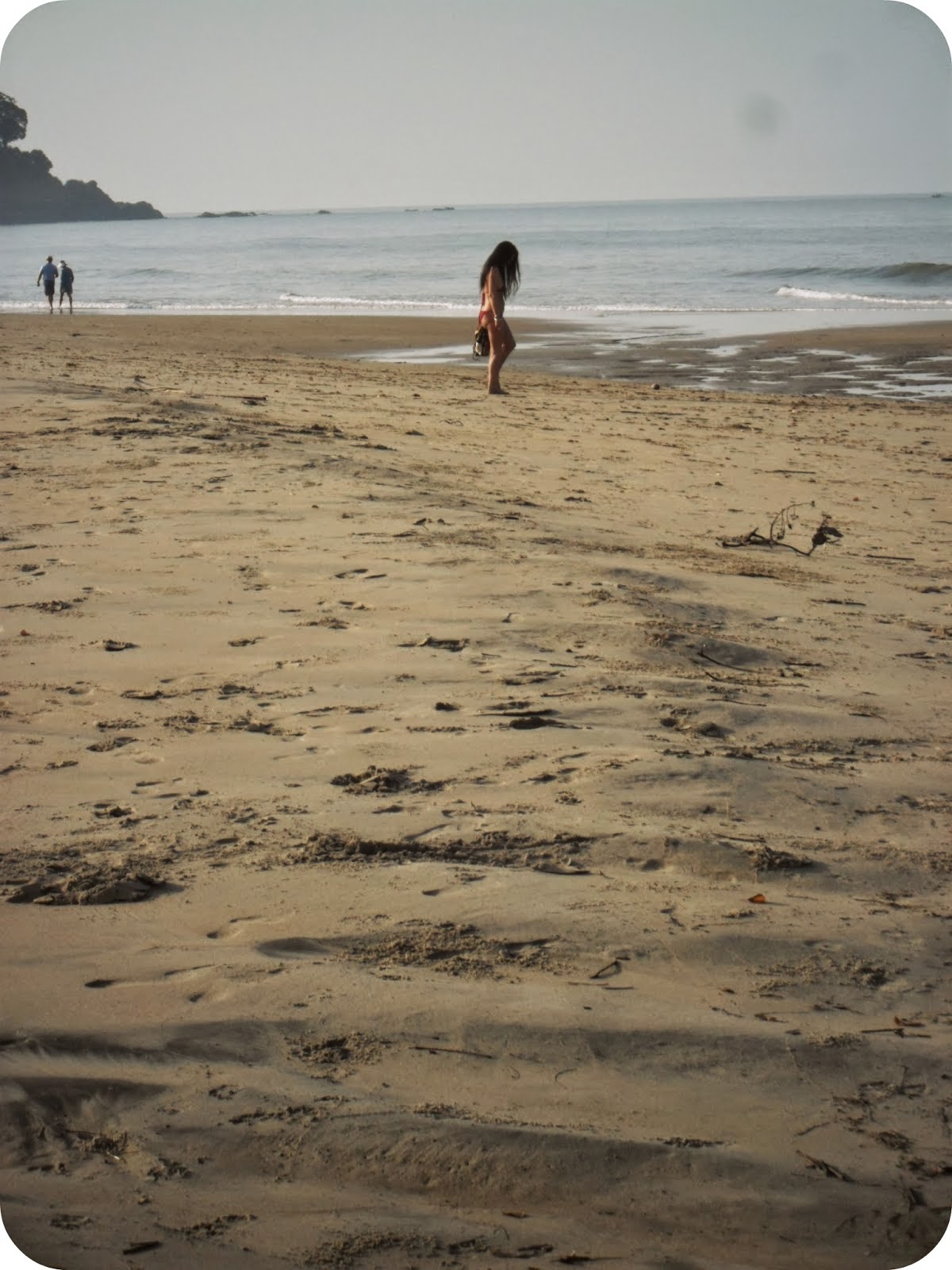 I'd only got a handful of Xmas presents to find, which I'd soon sorted after a brisk walk into town this morning, leaving me an afternoon to sort out my travel bag. 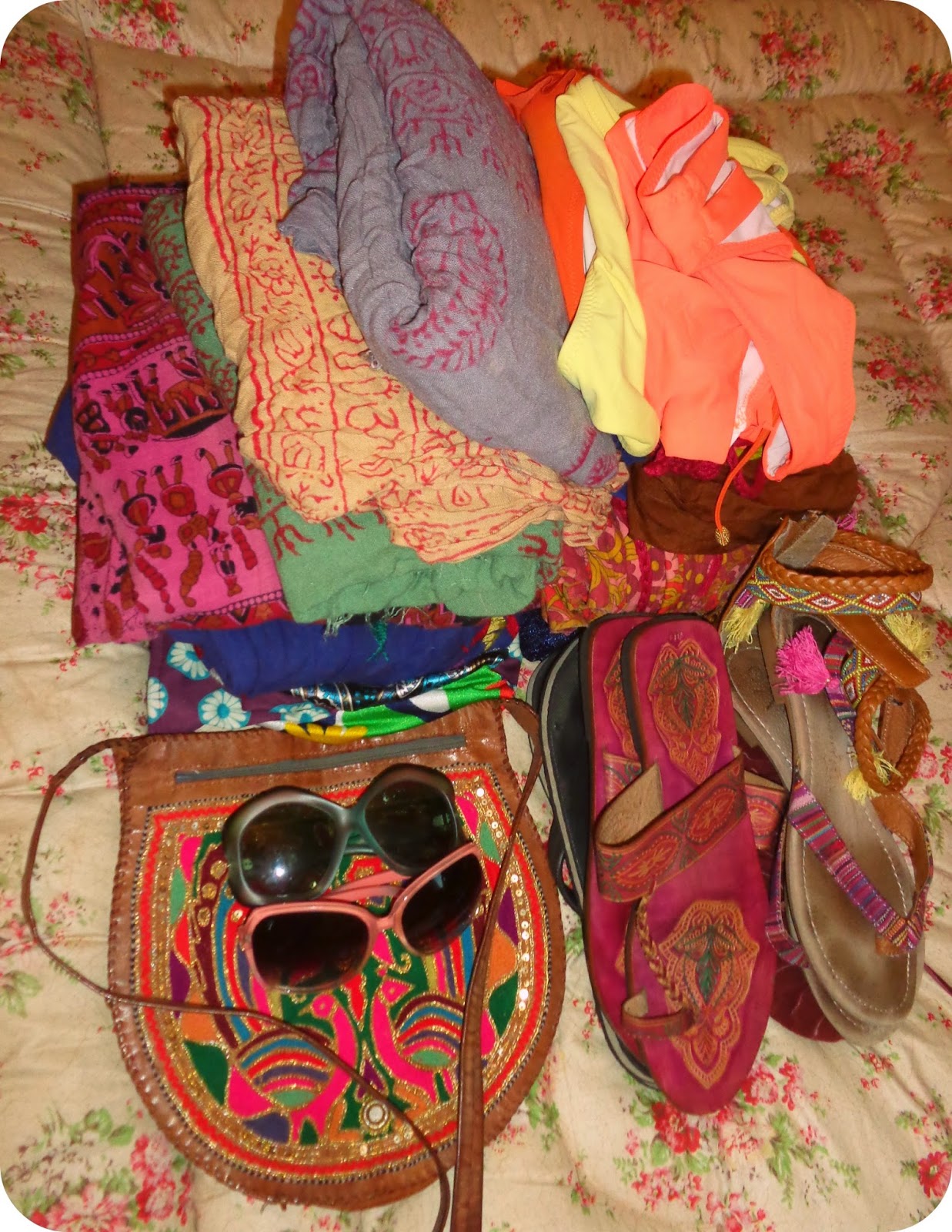 This is what a month's worth of clothes look like!

My denim waistcoat (obviously!), two tie-dyed cotton vests (bought in Goa earlier this year), a vintage crochet halter neck, a Rajasthani mirrored sun top, a batik strapless sun top (gift from dearest Tania), a lace trimmed crop top (bought from a jumble sale in Goa 4 years ago) and a vintage lace poncho which I'll wear to travel in (I can't be hanging around Delhi airport half-naked) and for modesty if I'm visiting temples.


Three maxi skirts:
A block printed wrap-around maxi (bought in India back in January), a Dollyrockers maxi (a 99p bargain from eBay about 5 years ago) and my embellished Rabari skirt featured HERE.

Four dresses:
All have busy prints so won't show up the dust as much. They're thin and quick drying, easy to wash and won't take up much space in my backpack. I wear skirts and tops more but dresses are easier for slinging on after a sunset swim or for our daily early morning beach walk.There's a me-made daisy print maxi, a pure silk butterfly dress (courtesy of Shabby), a vintage psychedelic number (seen HERE) and a 100% cotton paisley print dress by Miss Selfridge (via the charity shop) which I'll be travelling in.

In addition there's four bikinis, two vintage psychedelic scarves, three sarongs (bought in India years ago), four pairs of flat shoes (two pairs of leather sandals, some trusty rubber flip flops (for the beach and wearing in the shower) and some hand-made suede moccasins (for travelling in or if I get blisters, inevitable after months spent in boots), two pairs of sunglasses (I always manage to scratch a pair) and a bag which can be worn across the body and is large enough to accommodate a camera, torch, room key and some cash. 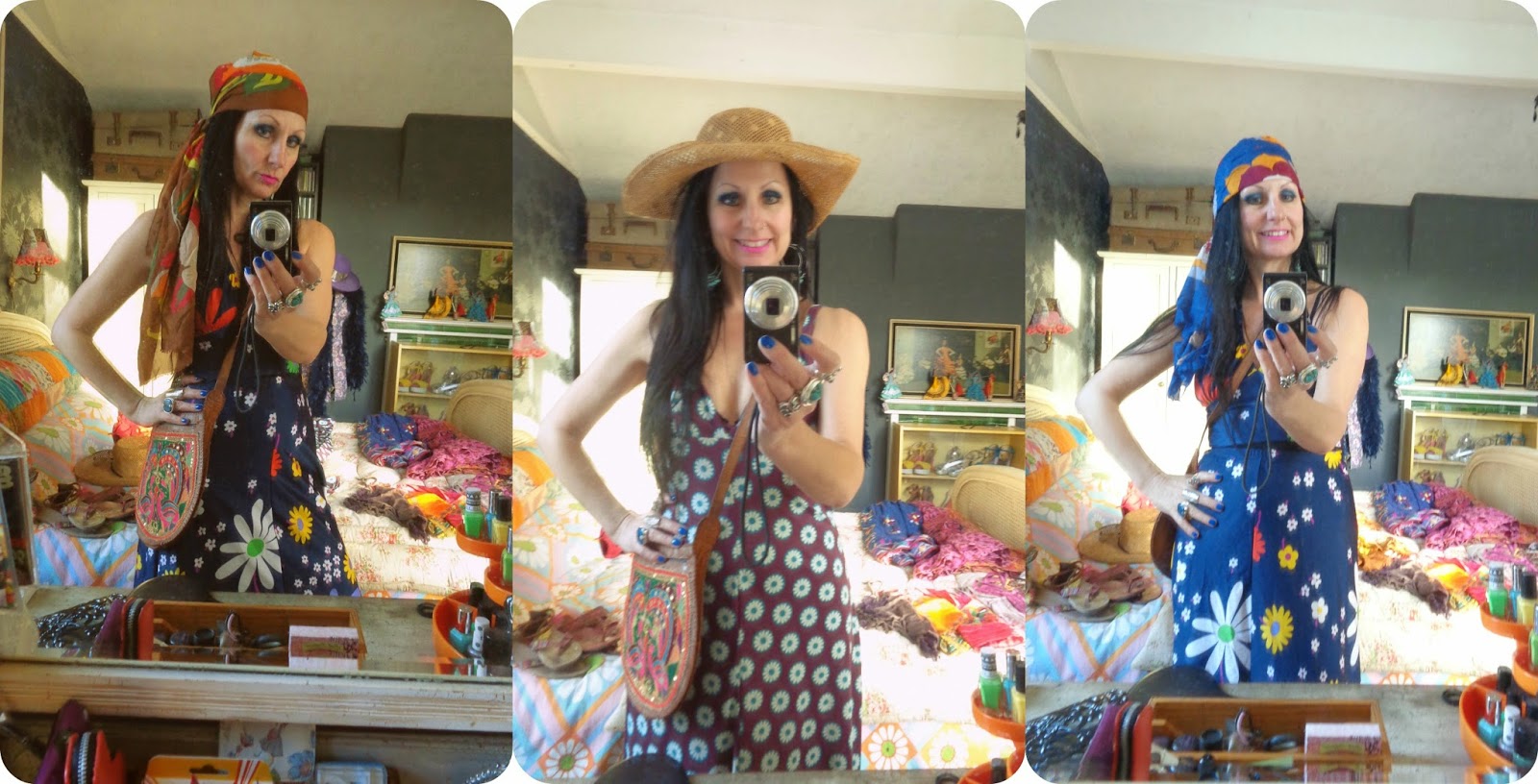 Much as I love my vintage straw hat it's useless in Goa, the herds of inquisitive cows on the beach means that it'd be eaten in no time. It makes far more sense to stick to a scarf and save it for Glasto 2015 instead.

I'm not a fan of the capsule wardrobe but at least mine is pretty rather than practical with not a pair of beige cropped pants or a white linen shirt in sight. As with every trip I've bought nothing new and most of it has been to India at least once before. I like my clothes tried and tested. I love to feel like I'm travelling with old friends. 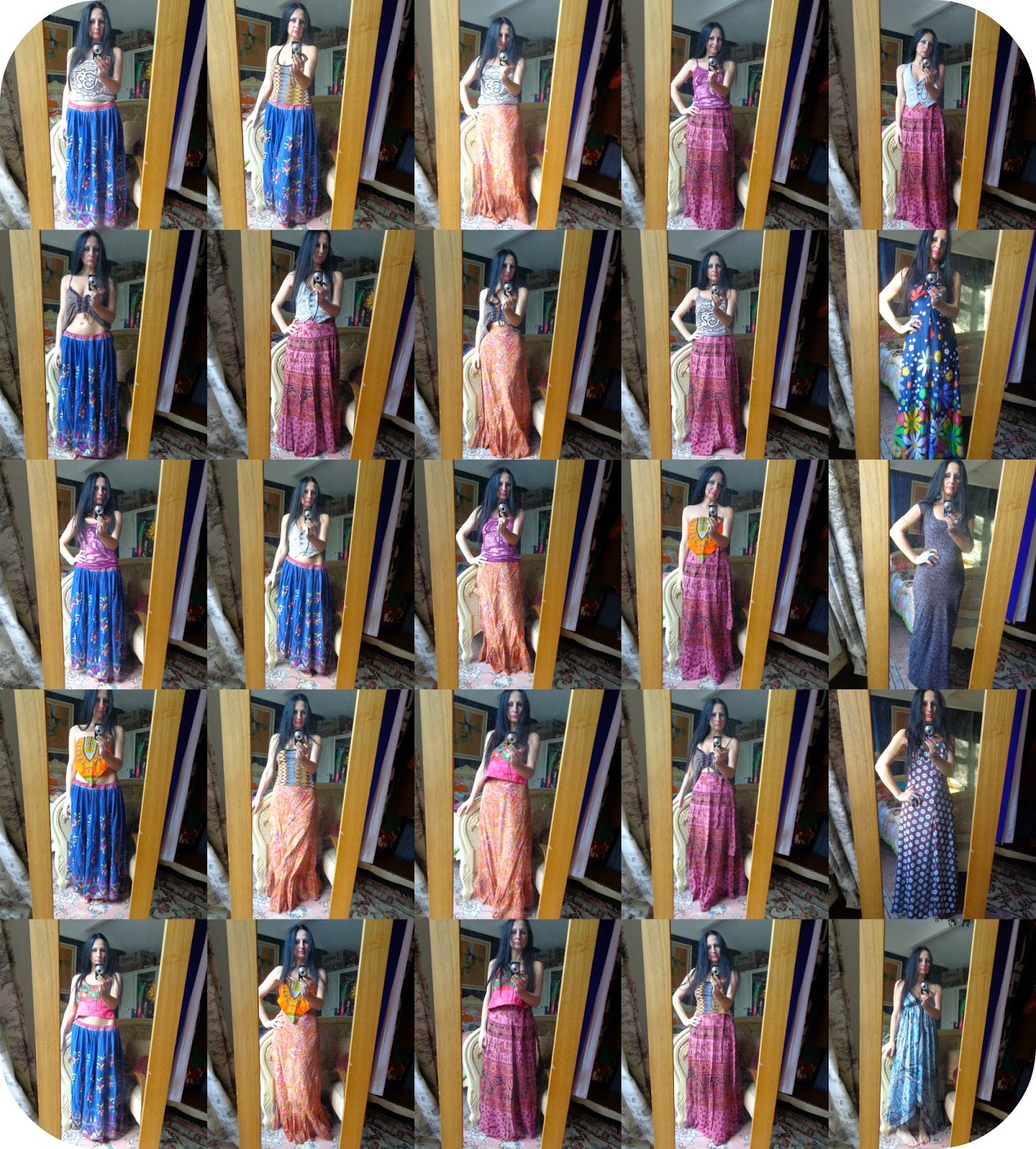 I've mentioned before that I try everything on fresh faced, bare footed and with unwashed hair. If something needs heels, make-up or a bra to look good then it's out, I don't bother with any of that fuss in India. 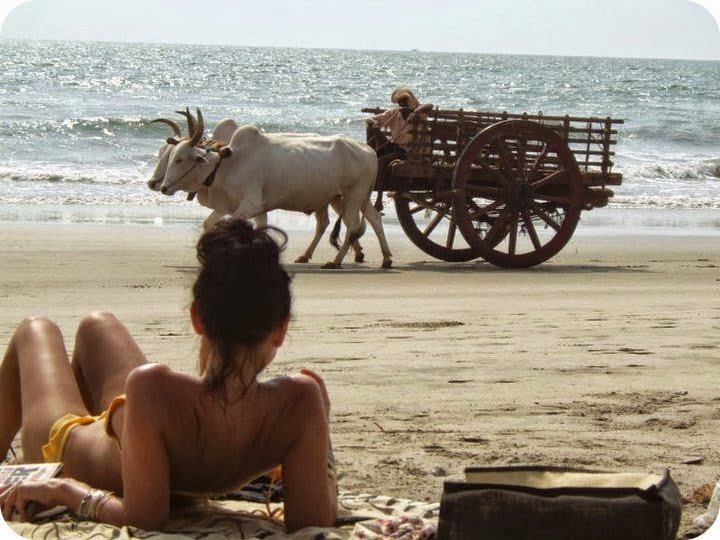 There's still toiletries and jewellery to go in - but that's another post and I've a few weeks left before we fly - nothing like being organised! Since Jon bought me a second-hand Kobo (E-reader) for my birthday last year at least there aren't 28 paperbacks to pack. We use sarongs instead of towels which saves loads of space. There's nothing worse than having to carry a stuffed bag on a sweaty 7 hour train journey when it's standing room only.

Have a fab weekend & see you soon!