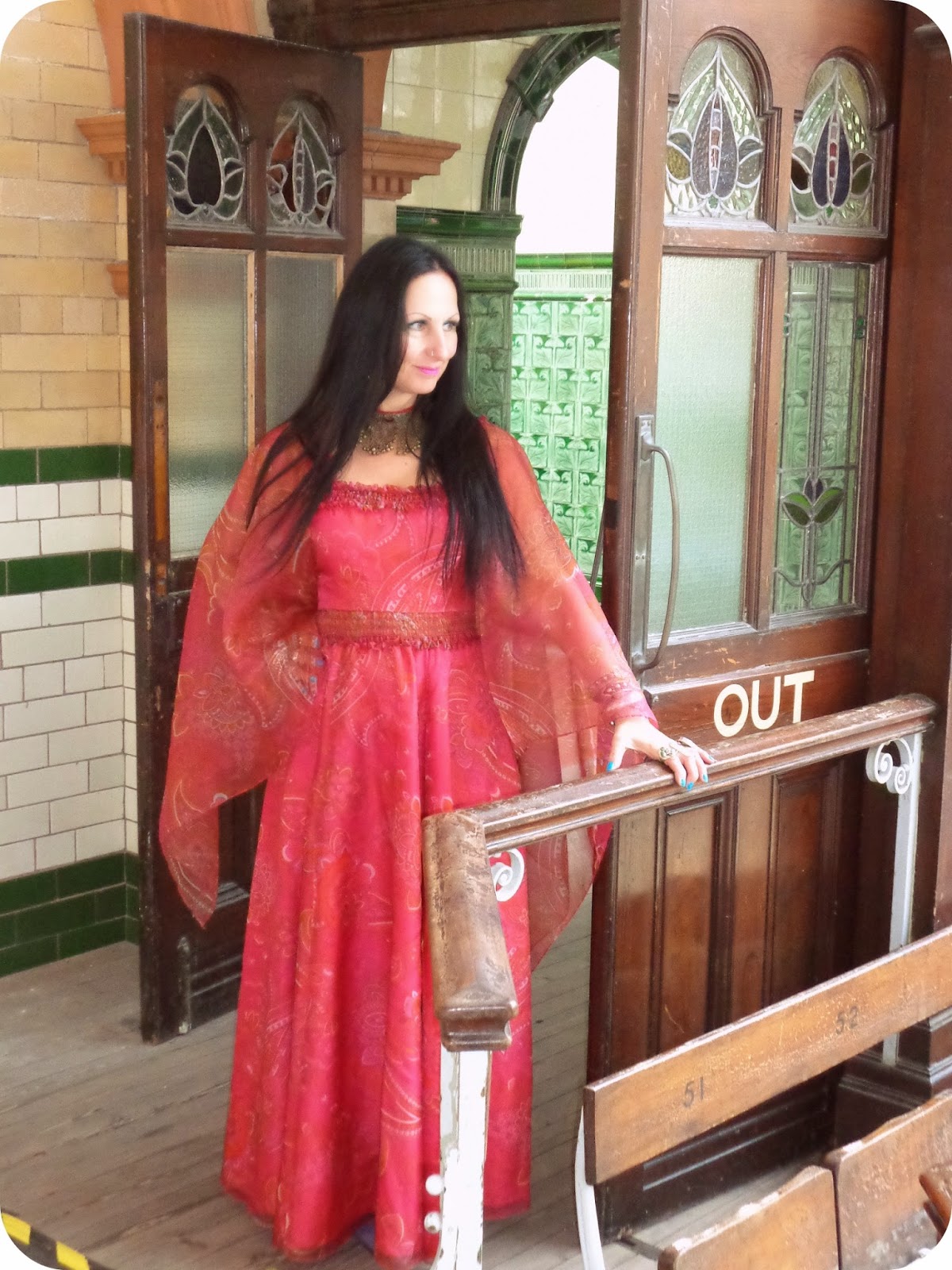 Forget the stately homes, piles and castles of the landed gentry, I'm far more interested in the magnificent municipal buildings of our great industrial towns and cities, places built for the ordinary working folk of Victorian Britain to use and to enjoy. 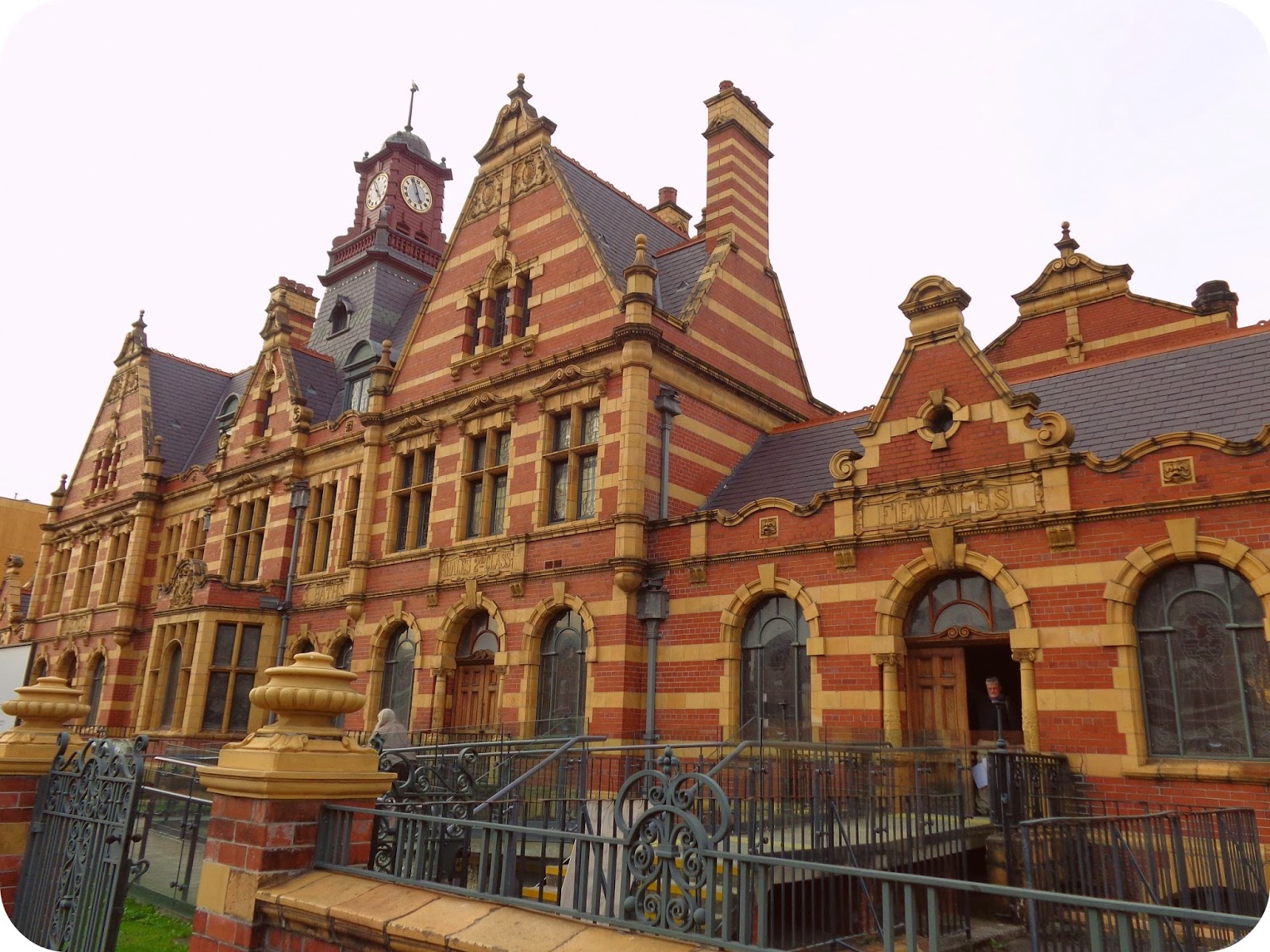 So you can imagine how excited I was by the chance to trade at this magnificent building as part of Discover Vintage yesterday. Opened in 1906, Victoria Baths were the jewel in the crown for Manchester, once the richest municipal council in the British Empire. 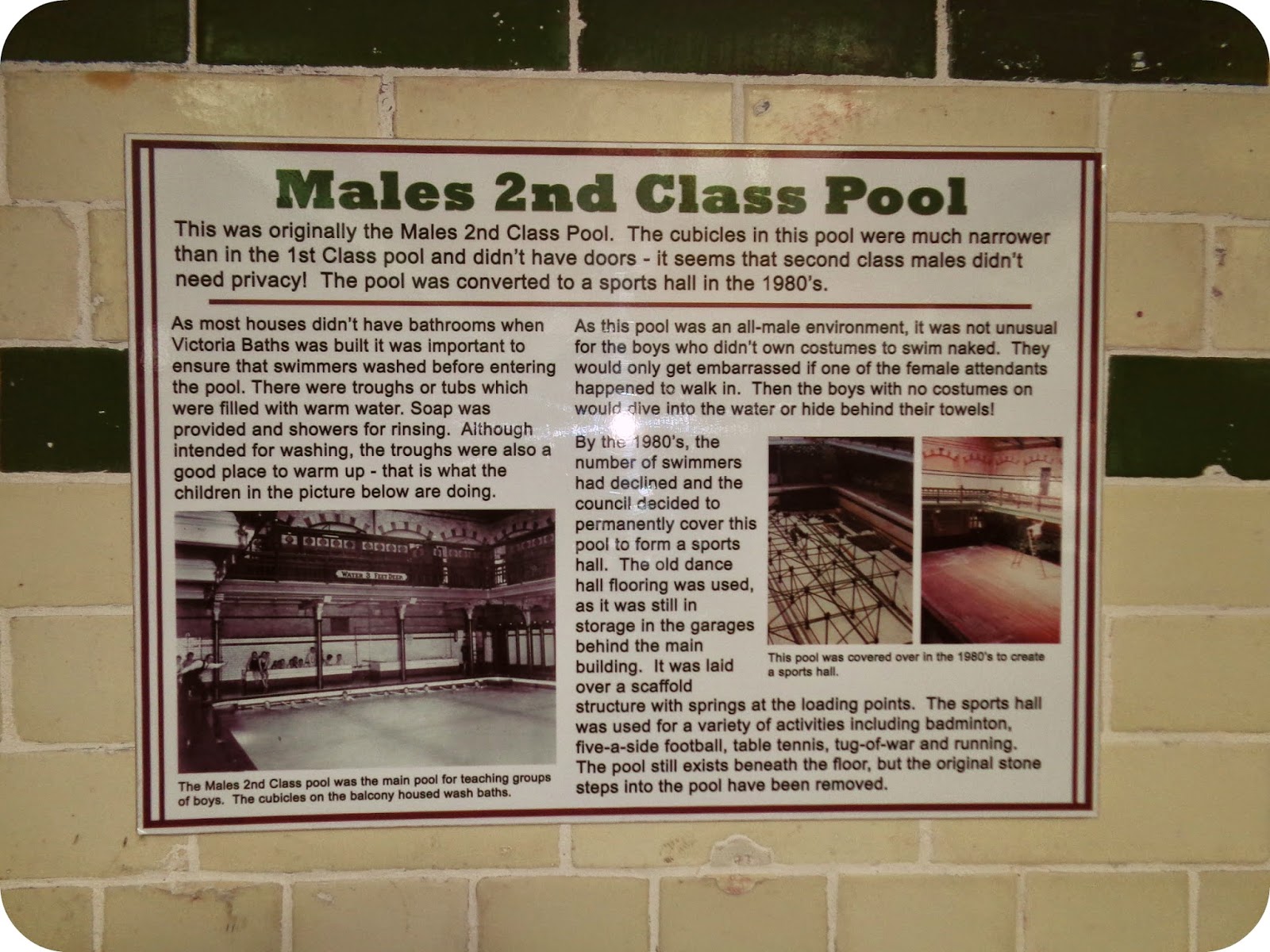 The Baths provided both essential and leisure facilities to the people of Manchester for over 86 years. At their peak housing three swimming pools, a laundry, Turkish Baths and, in 1952, the first public jacuzzi in the country. During the evenings the pools would occasionally be boarded over and the building used as a dance hall. The Victoria Baths eventually proved too costly for Manchester Council to run and, despite public opposition, they were forced to close in 1993 leaving the building to become derelict. 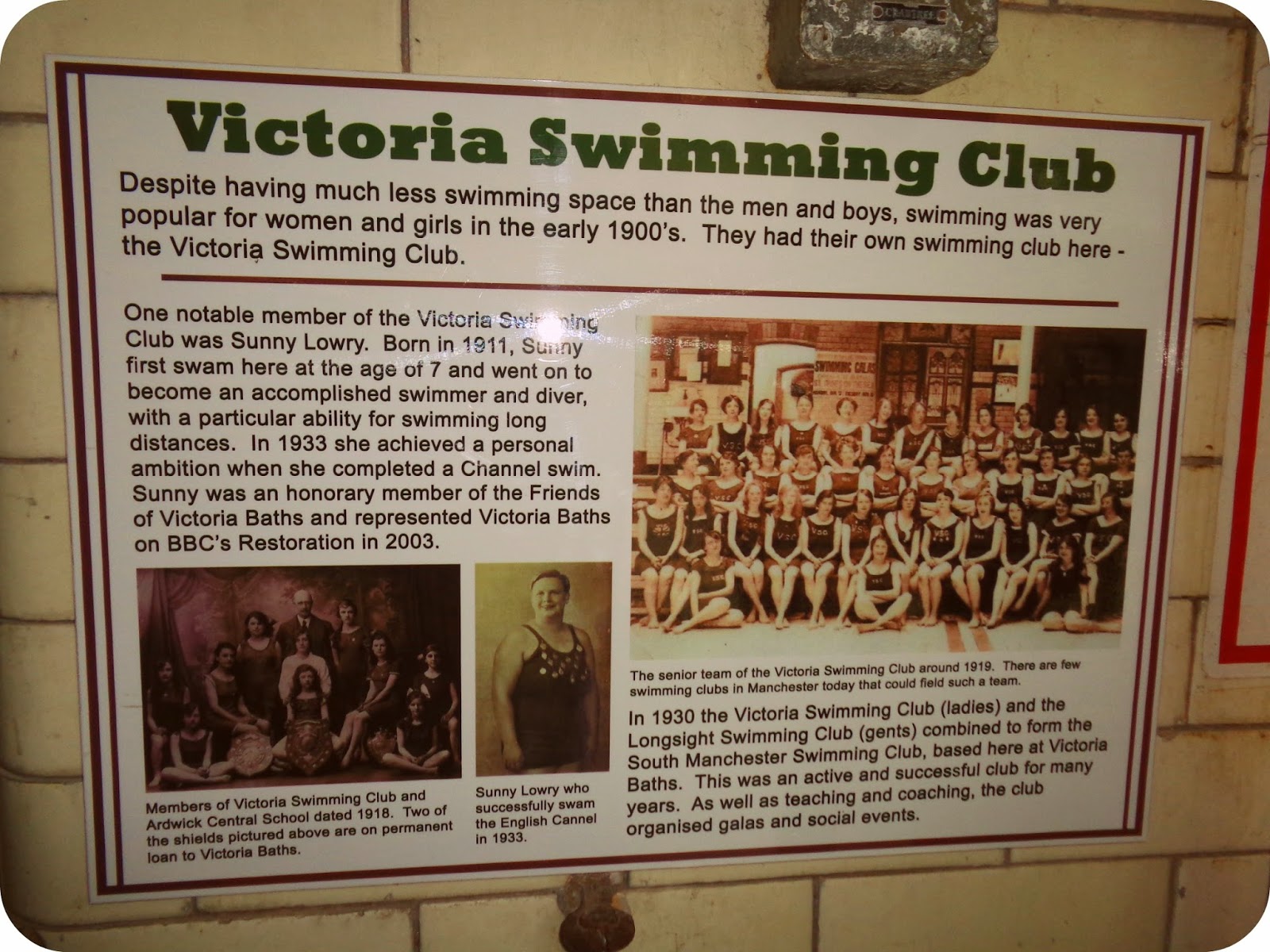 In September 2003 the baths won the public vote in BBC's Restoration series and were awarded over £3.6 million to help restore them to their former glory. Work started in 2007 and continues today. 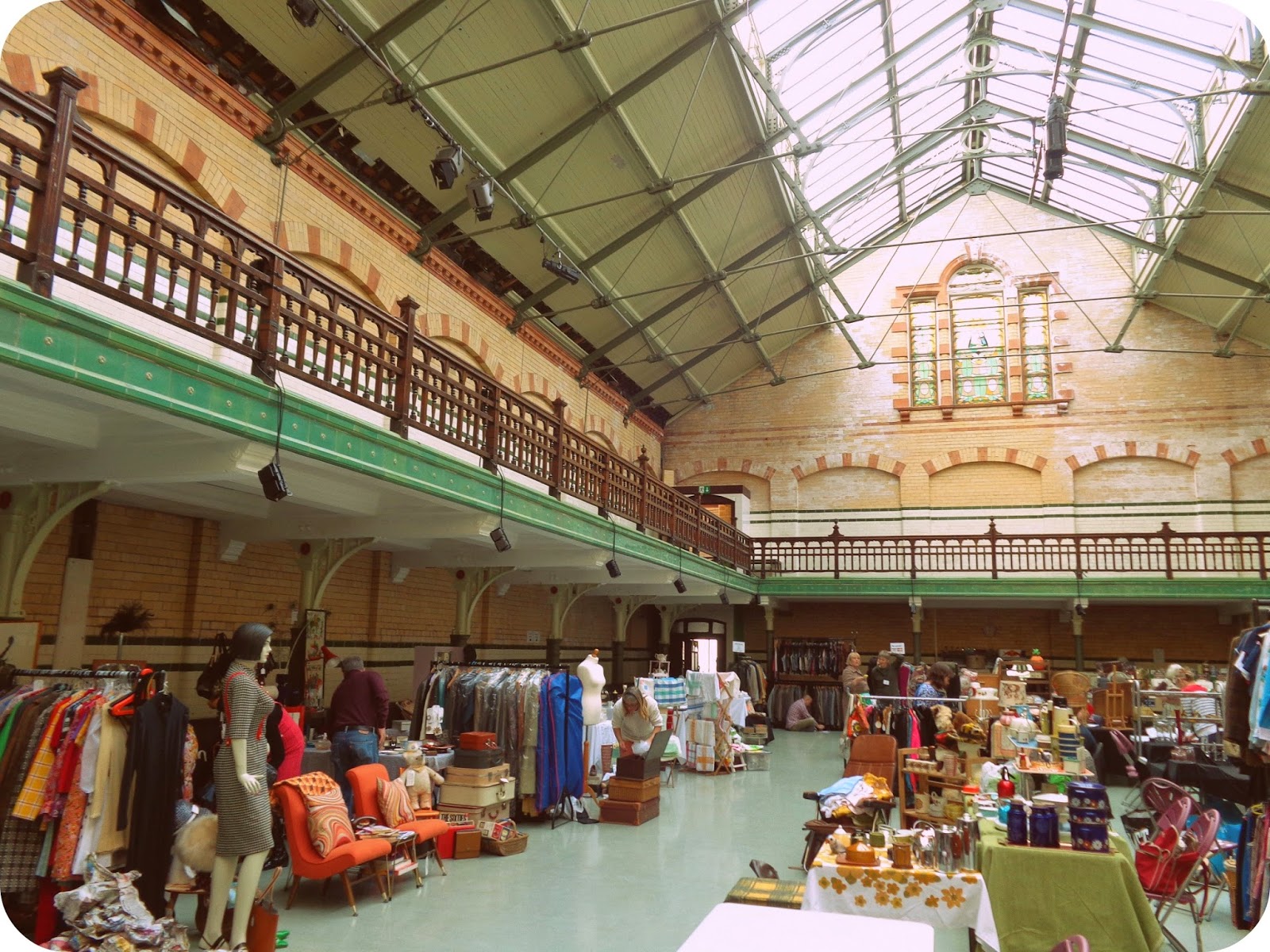 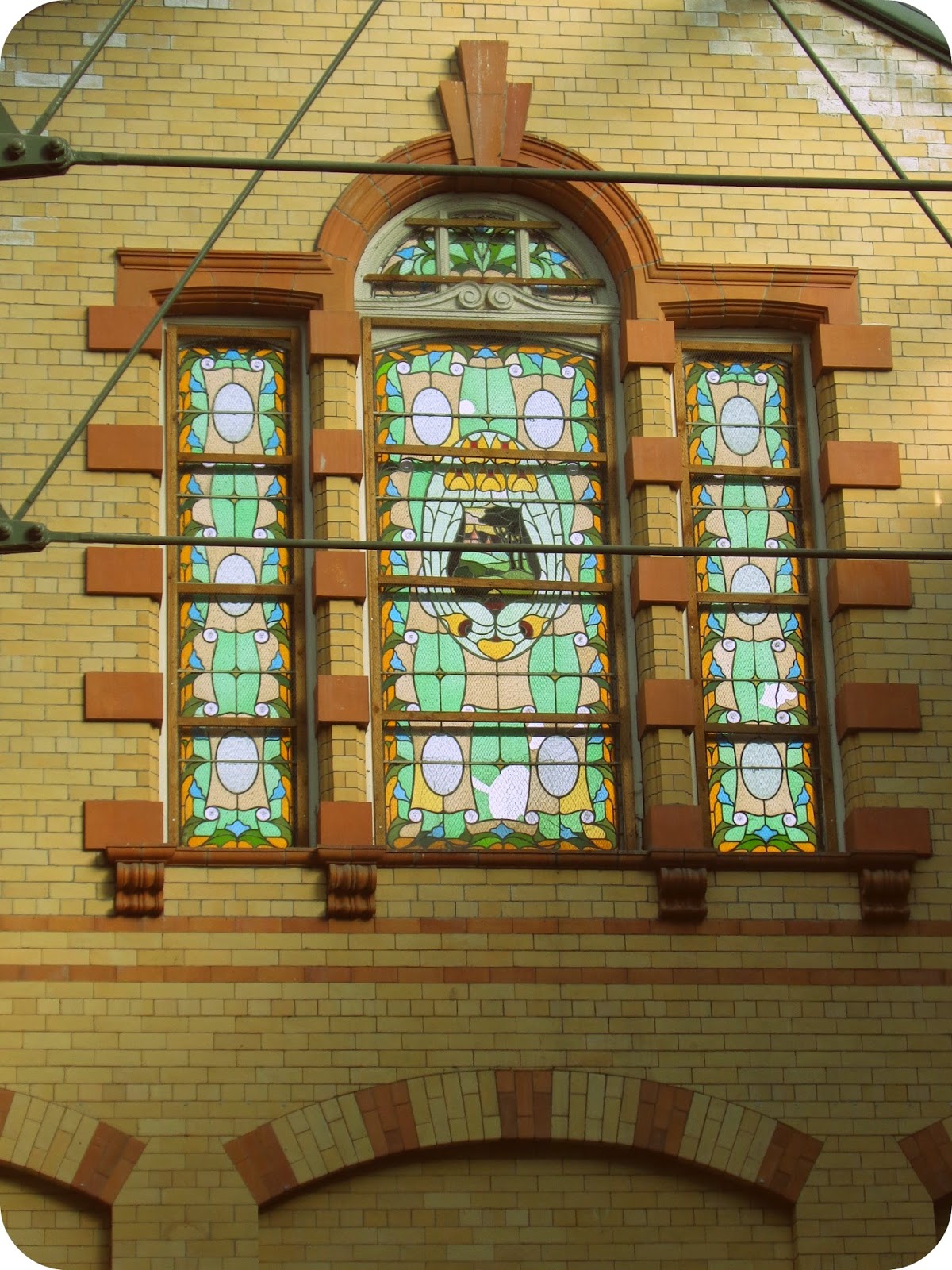 Words cannot describe the magnificence of the Baths' interior. 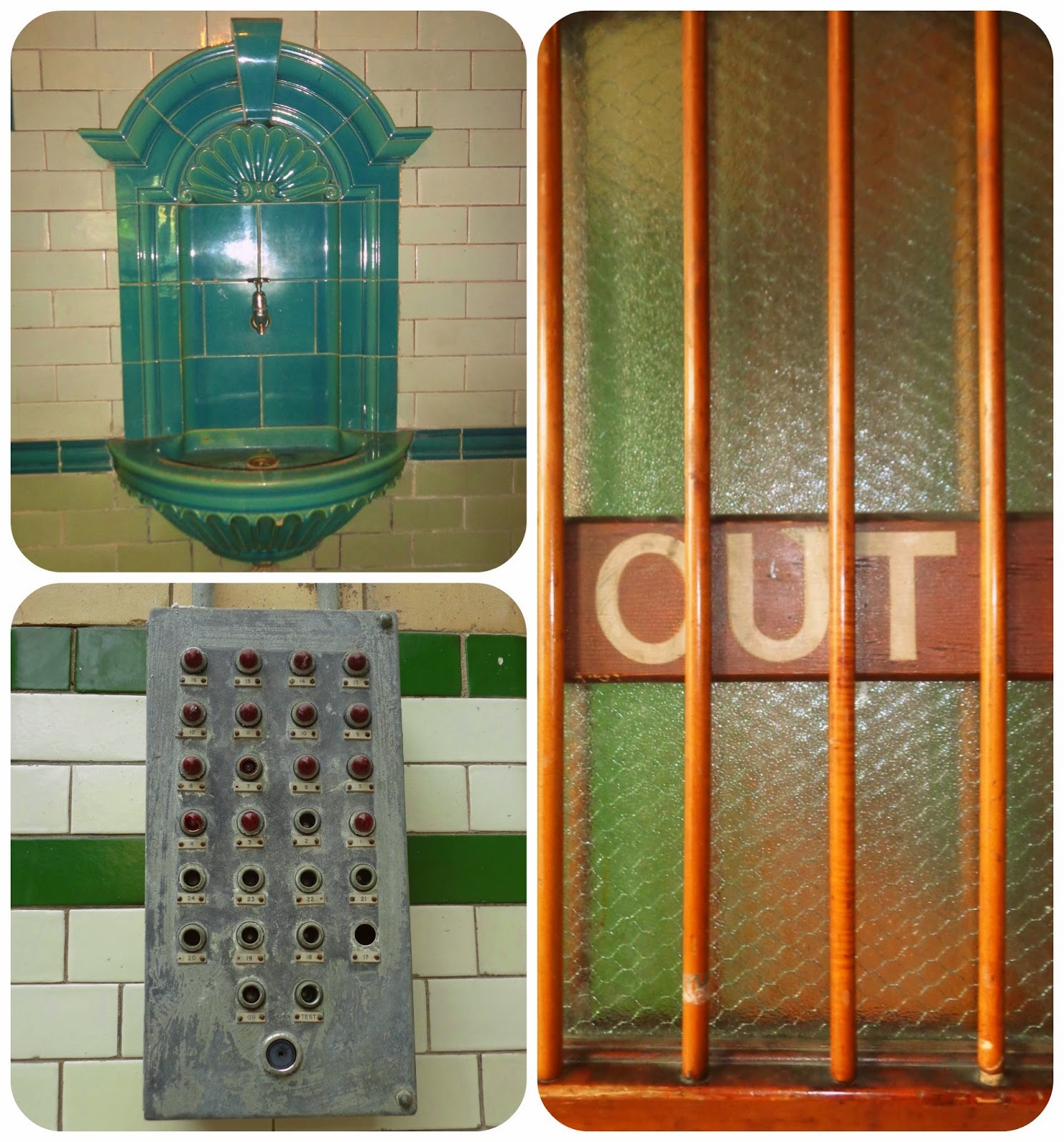 Even the light switches and control panels are gorgeous. 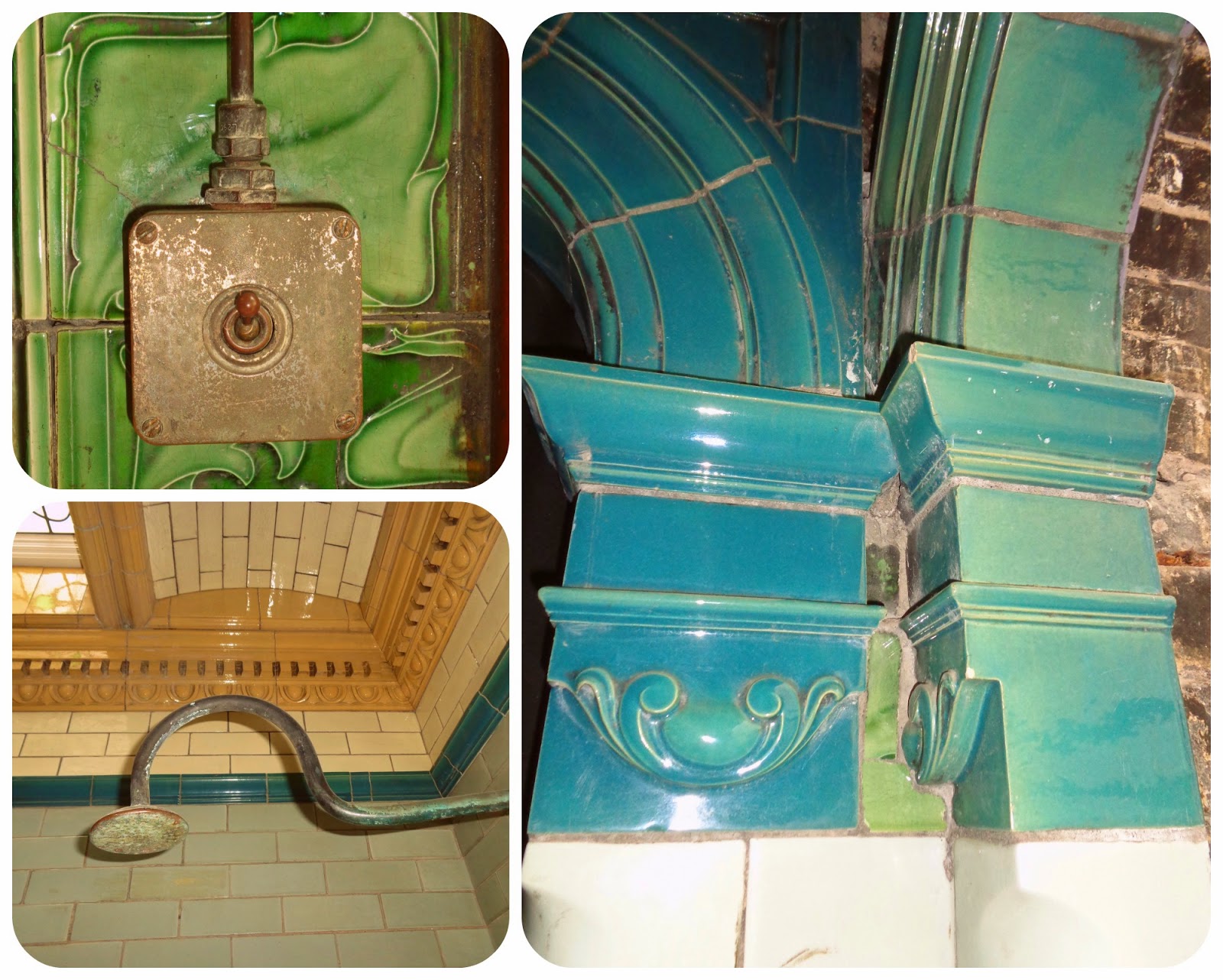 Don't get me started on the tiles. 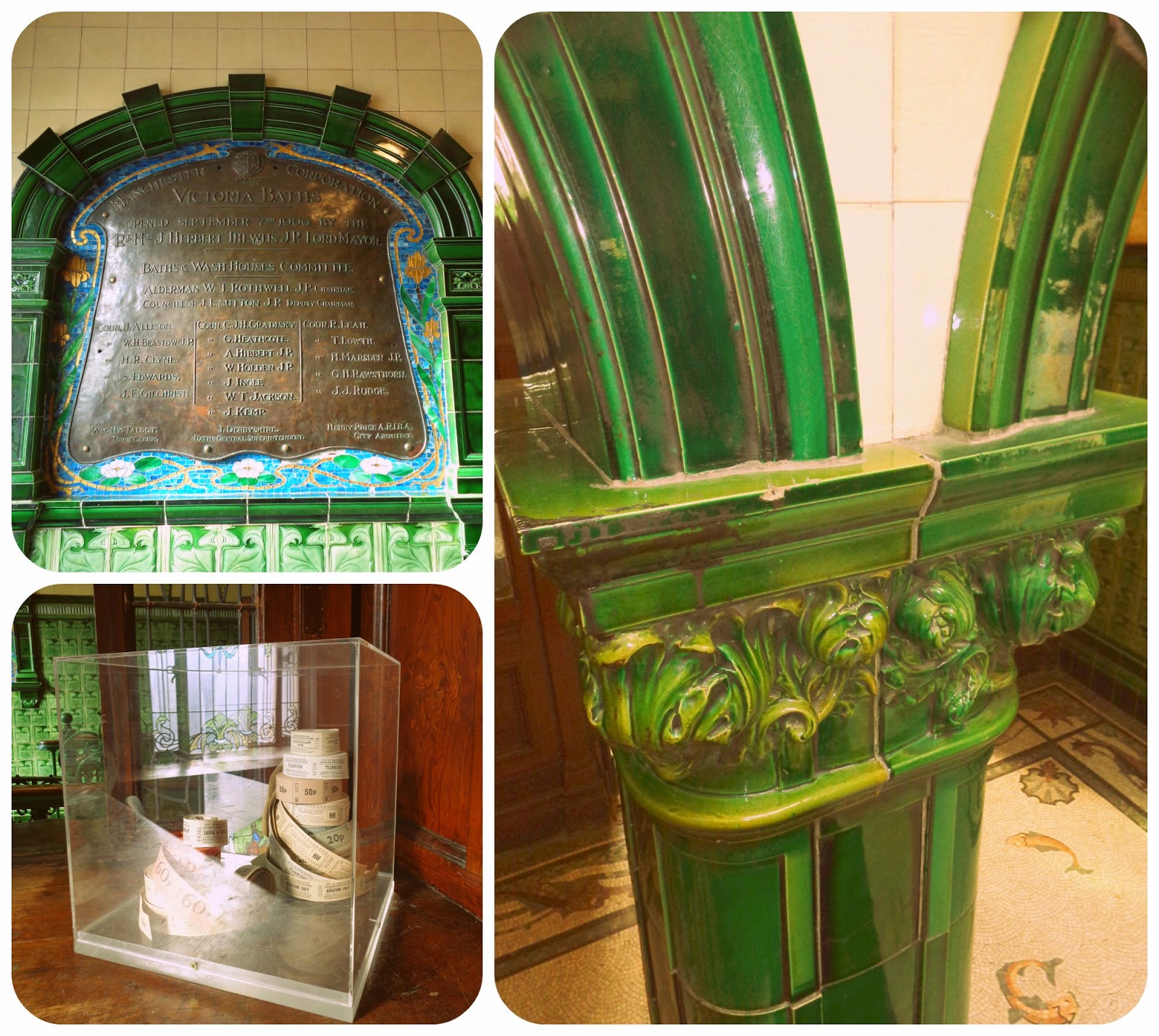 Check out the mosaic floor. 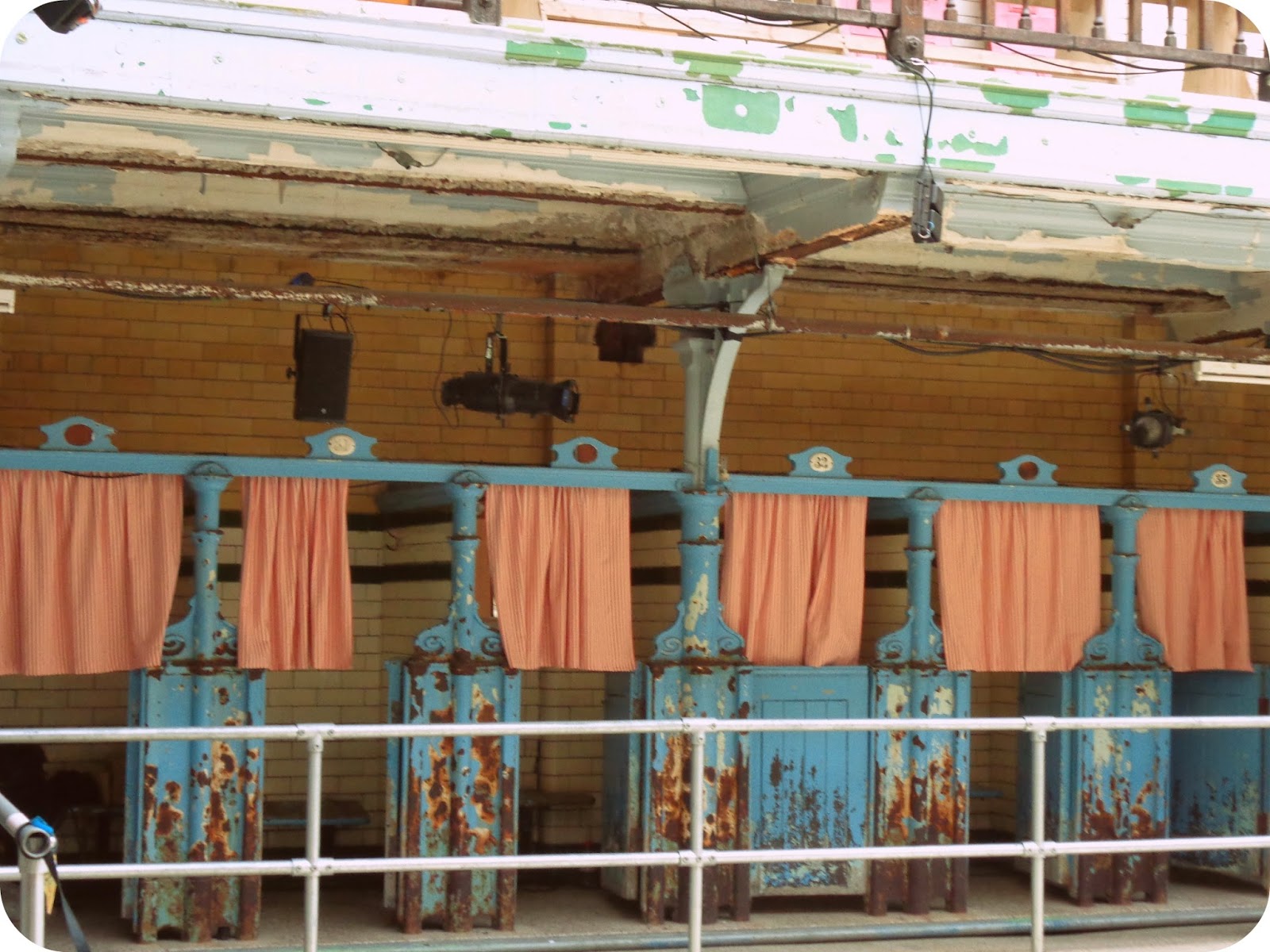 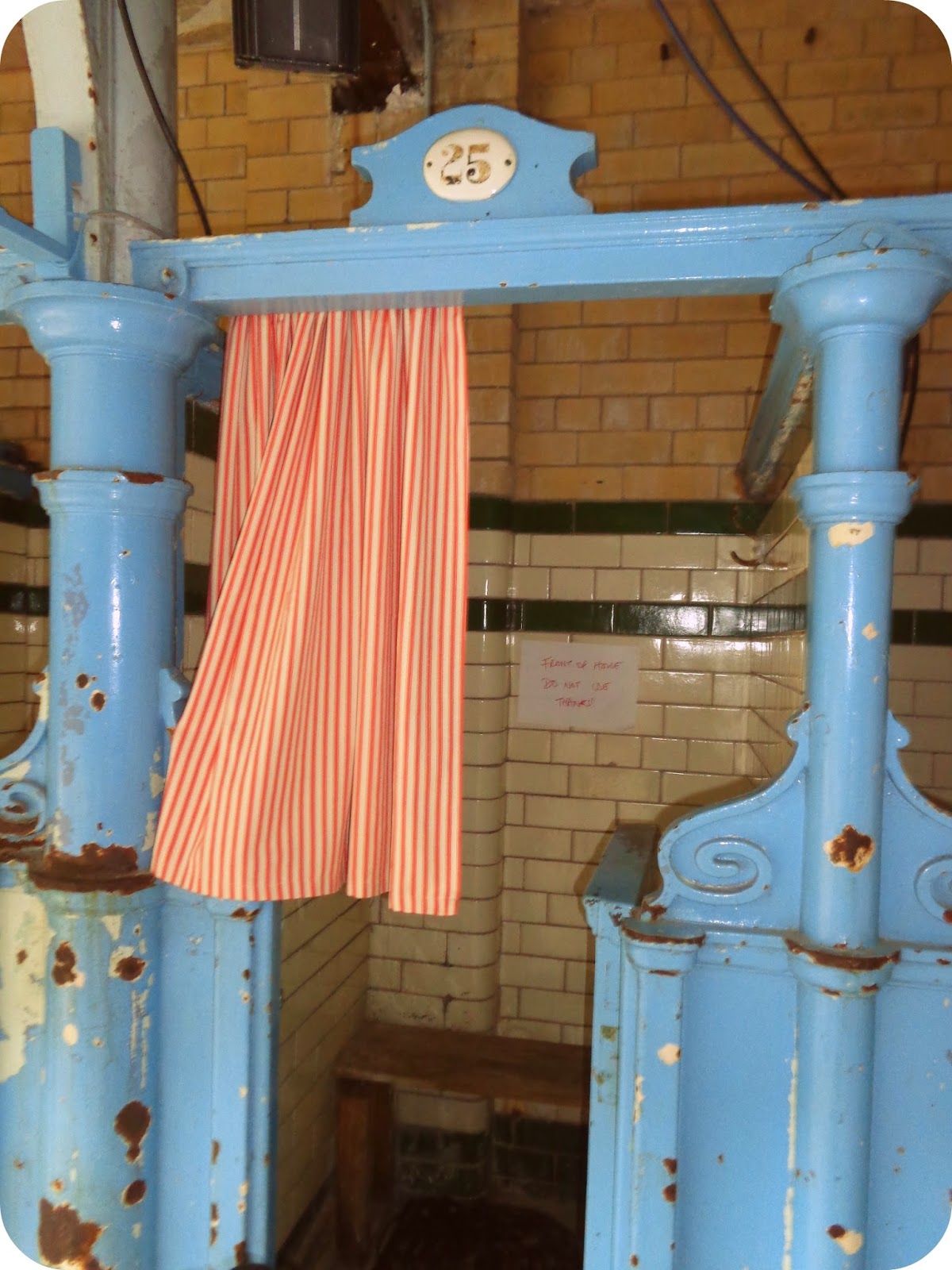 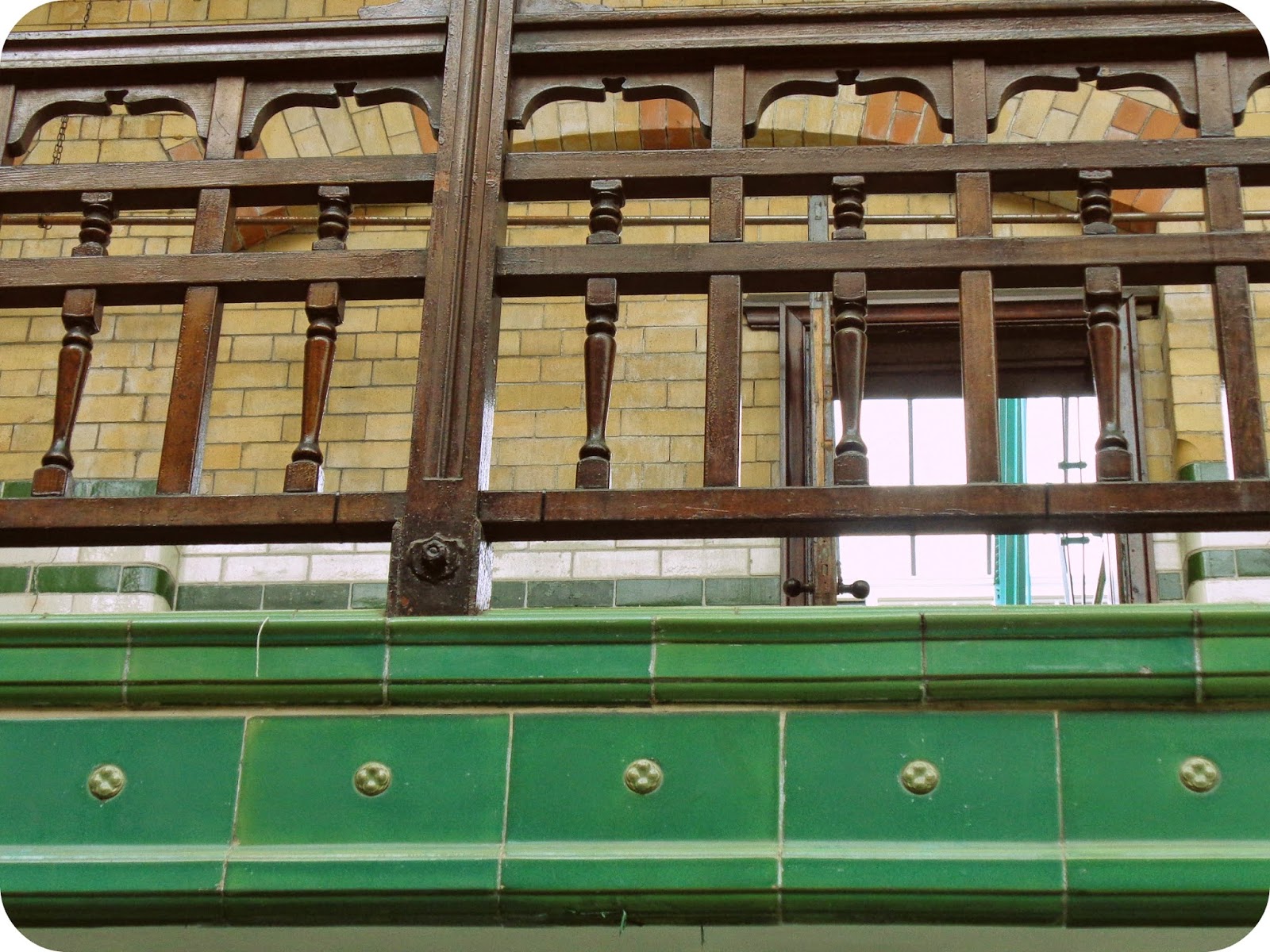 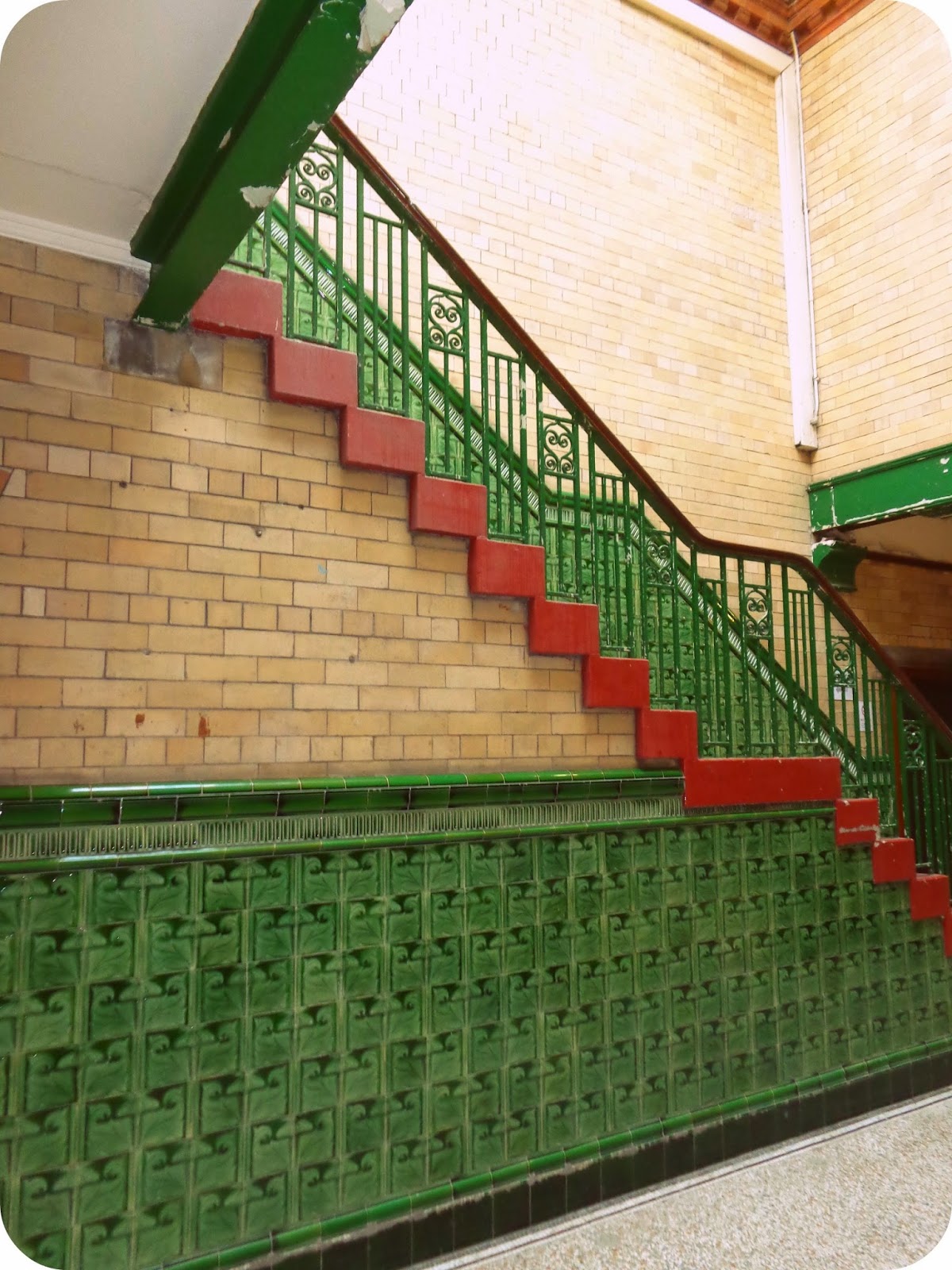 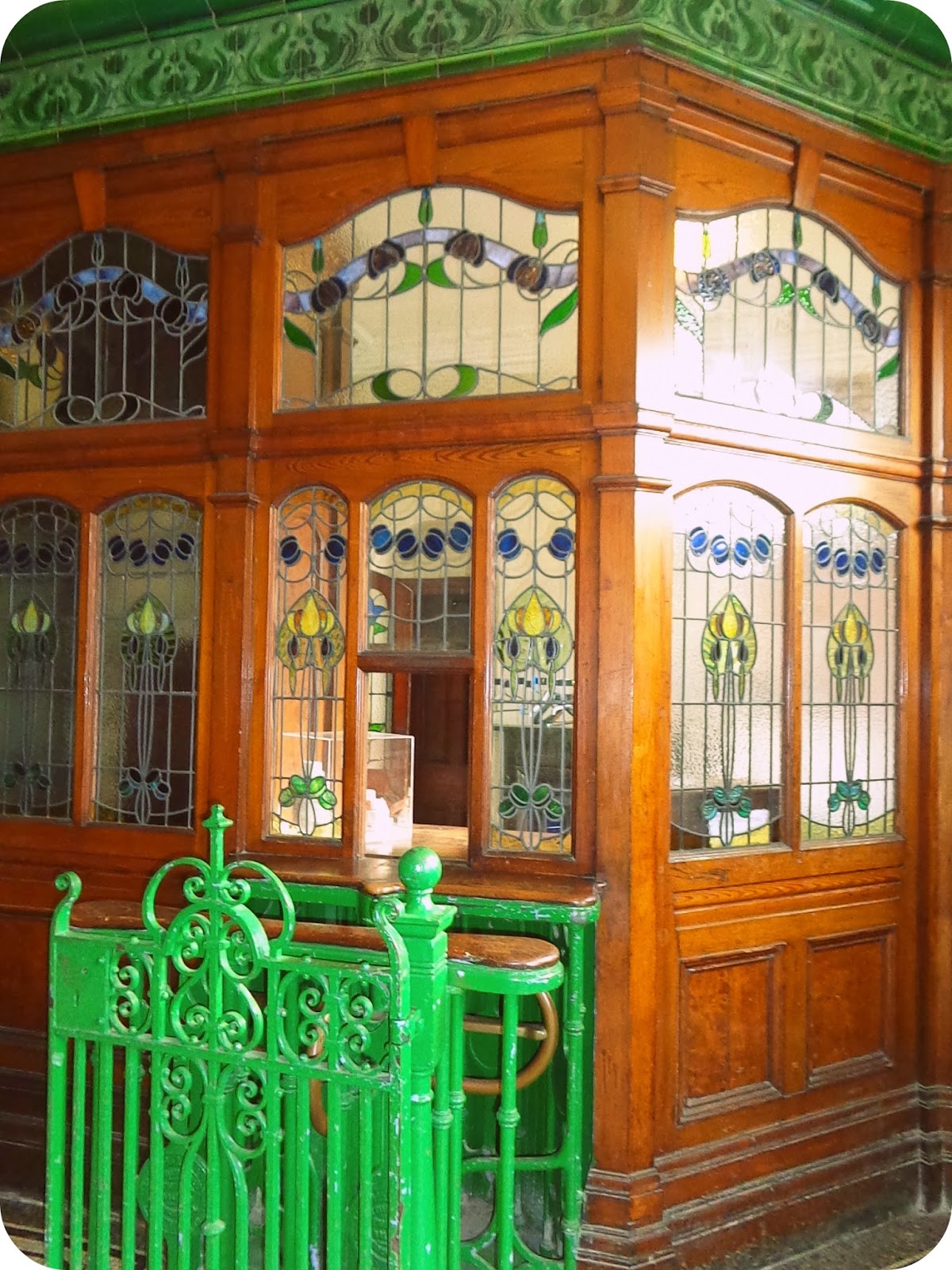 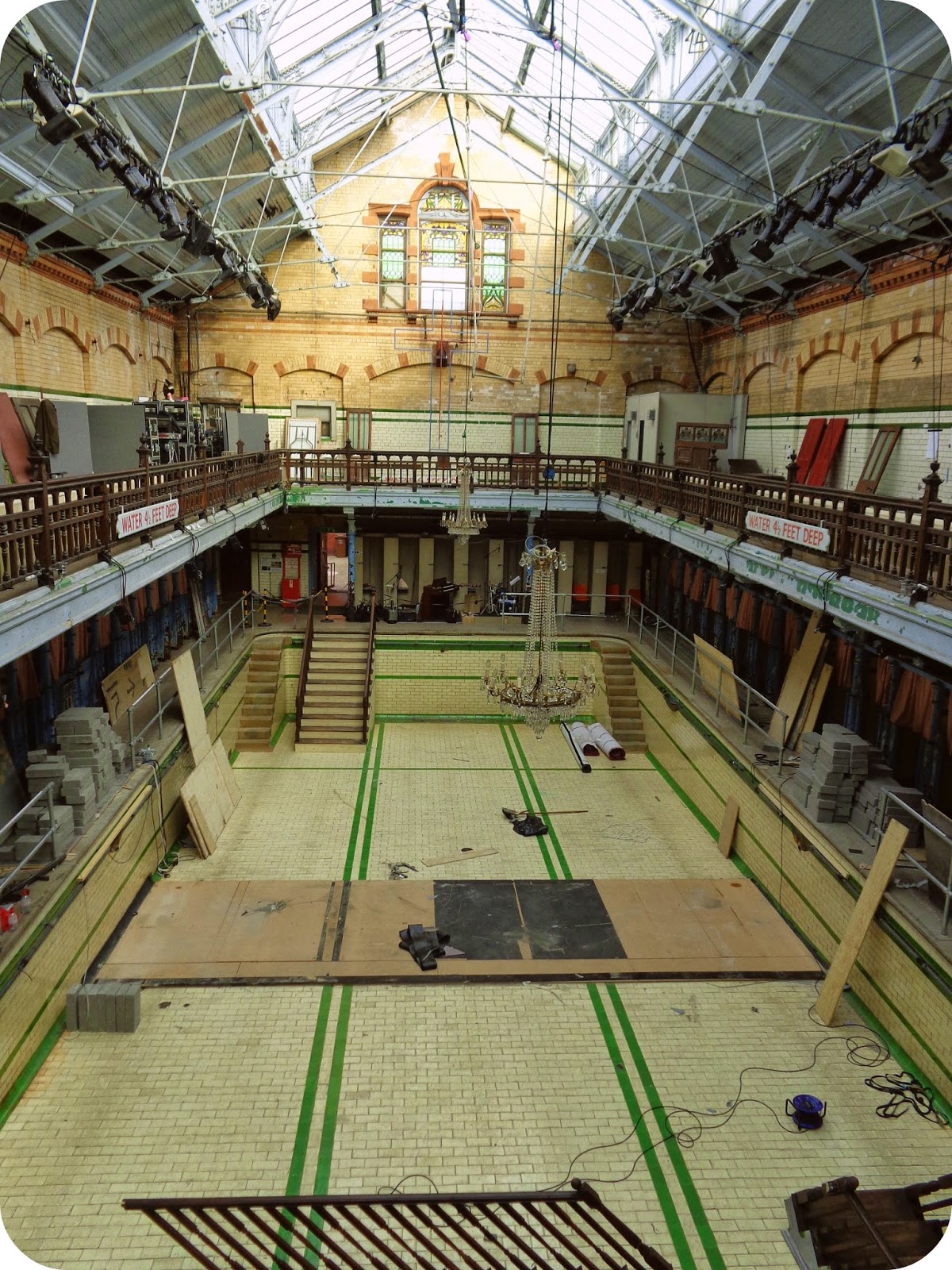 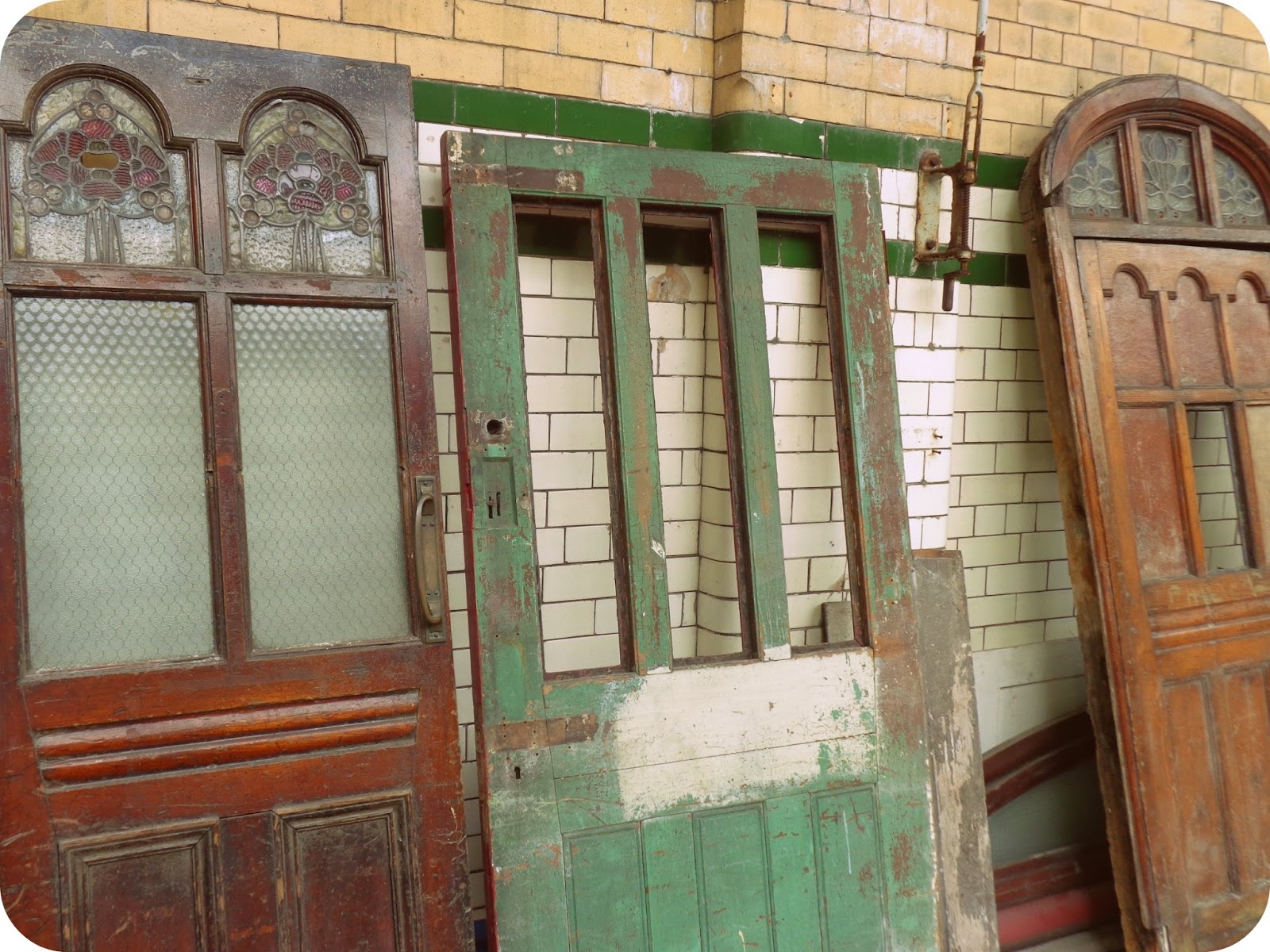 These doors would be perfect in our house! 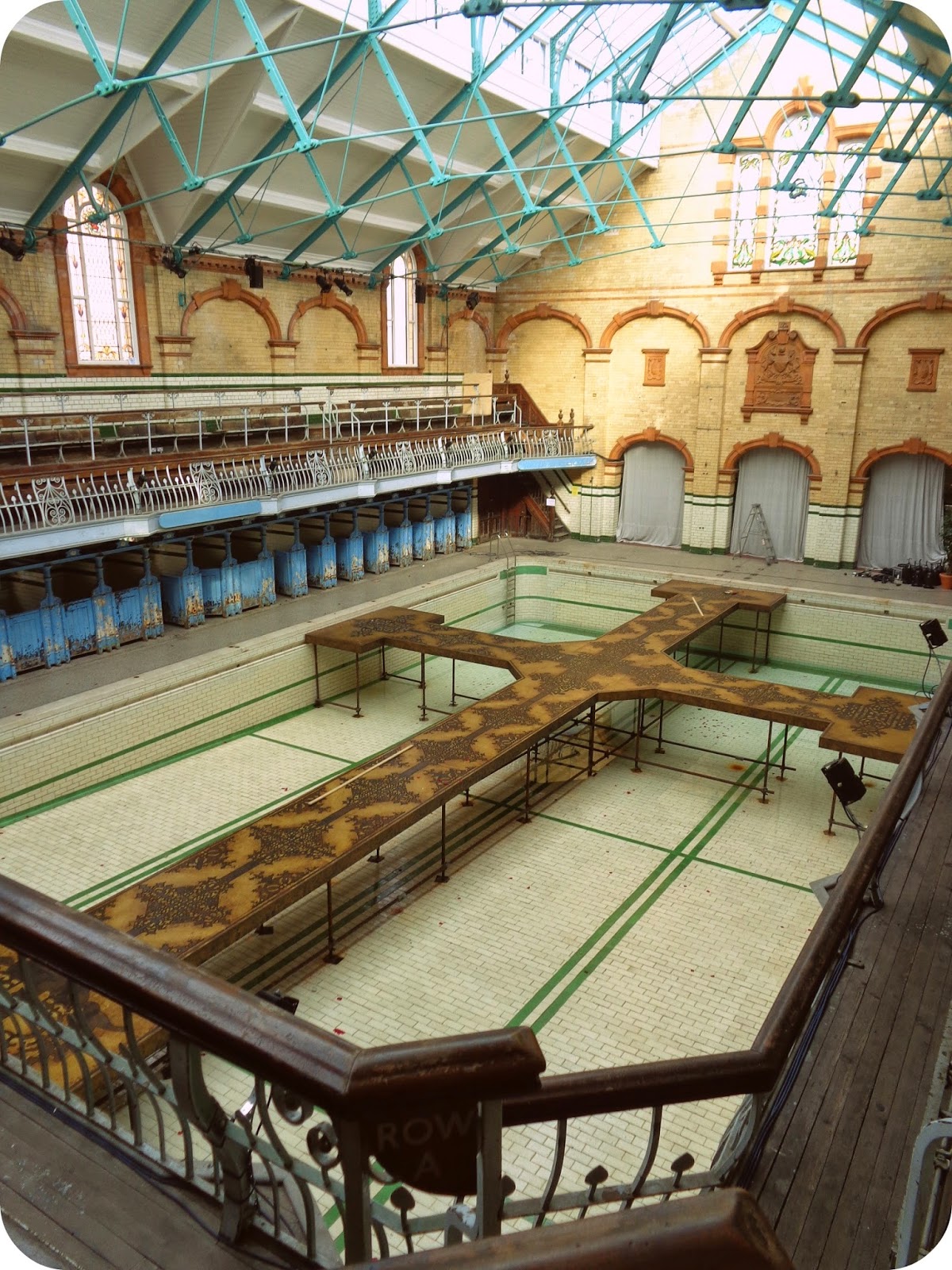 The wooden structure in the Ladies' Pool was the stage from a recent performance of Romeo & Juliet. 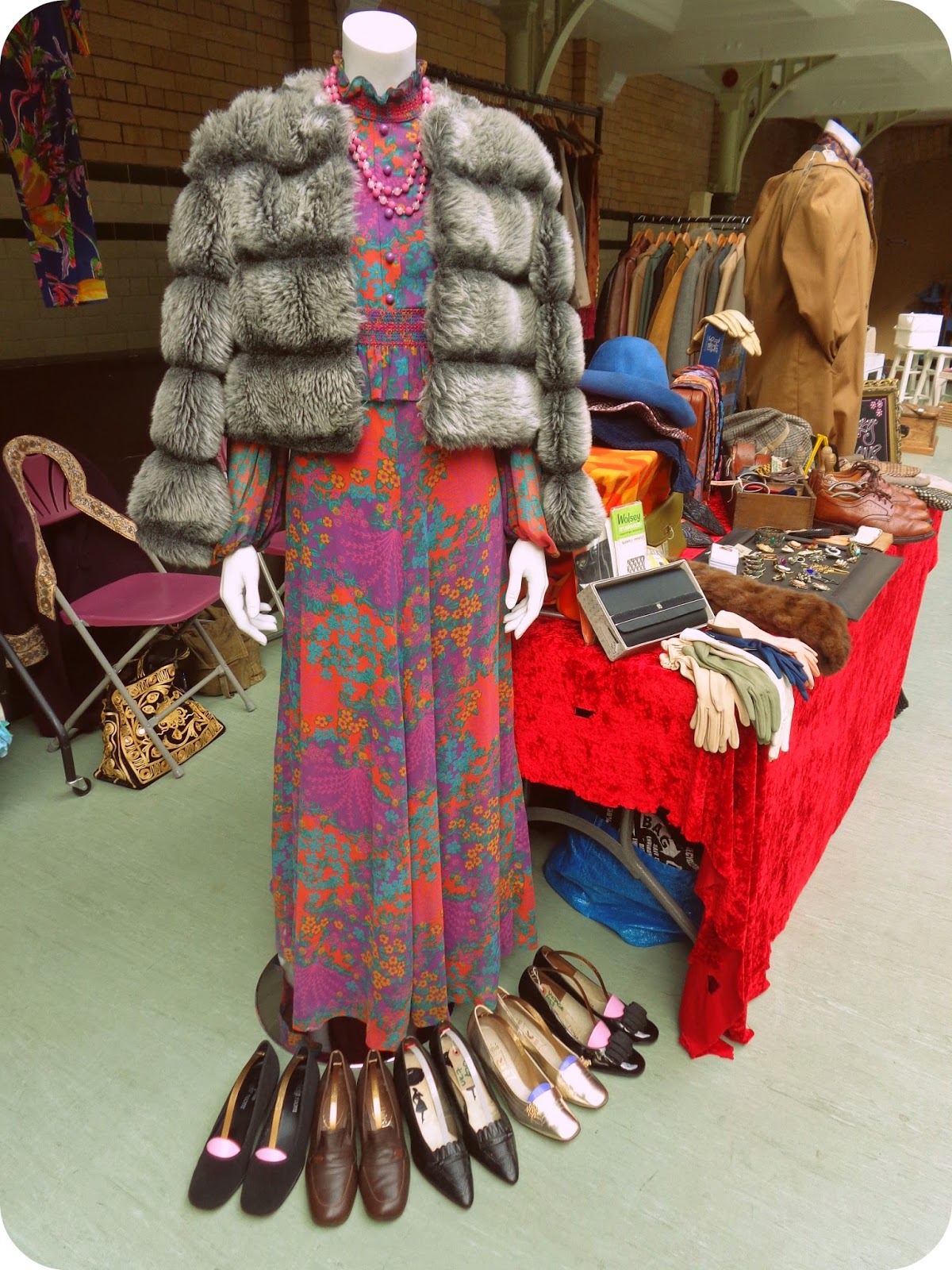 This was Kinky's pitch yesterday.

Parts from the latest series of Peaky Blinders (aka one of my favourite TV series ever!) were filmed in Victoria Baths. How exciting that the gorgeous Cillian Murphy stood in exactly the same spot as us! 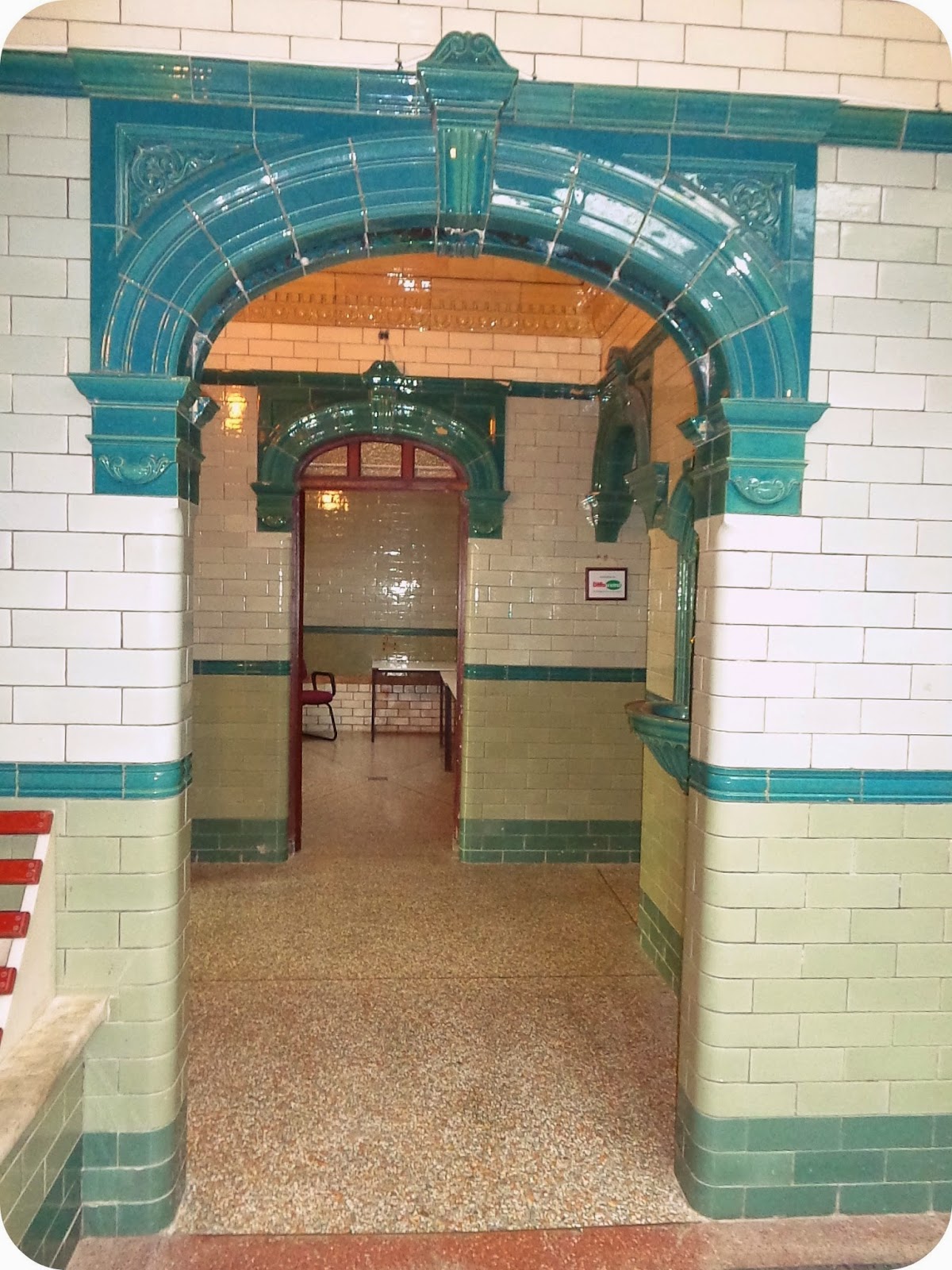 They doubled as the mortuary in BBC's Life on Mars. 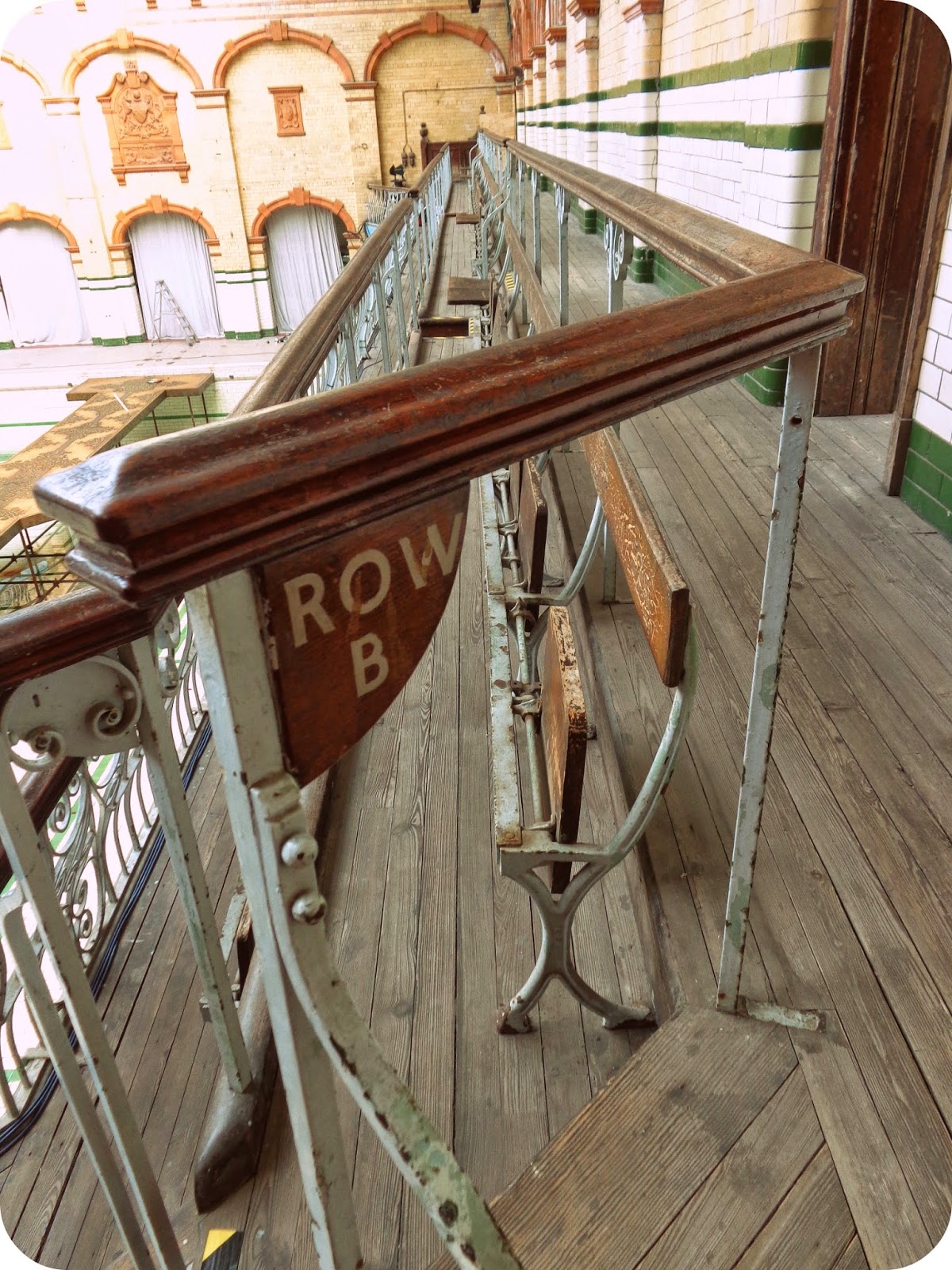 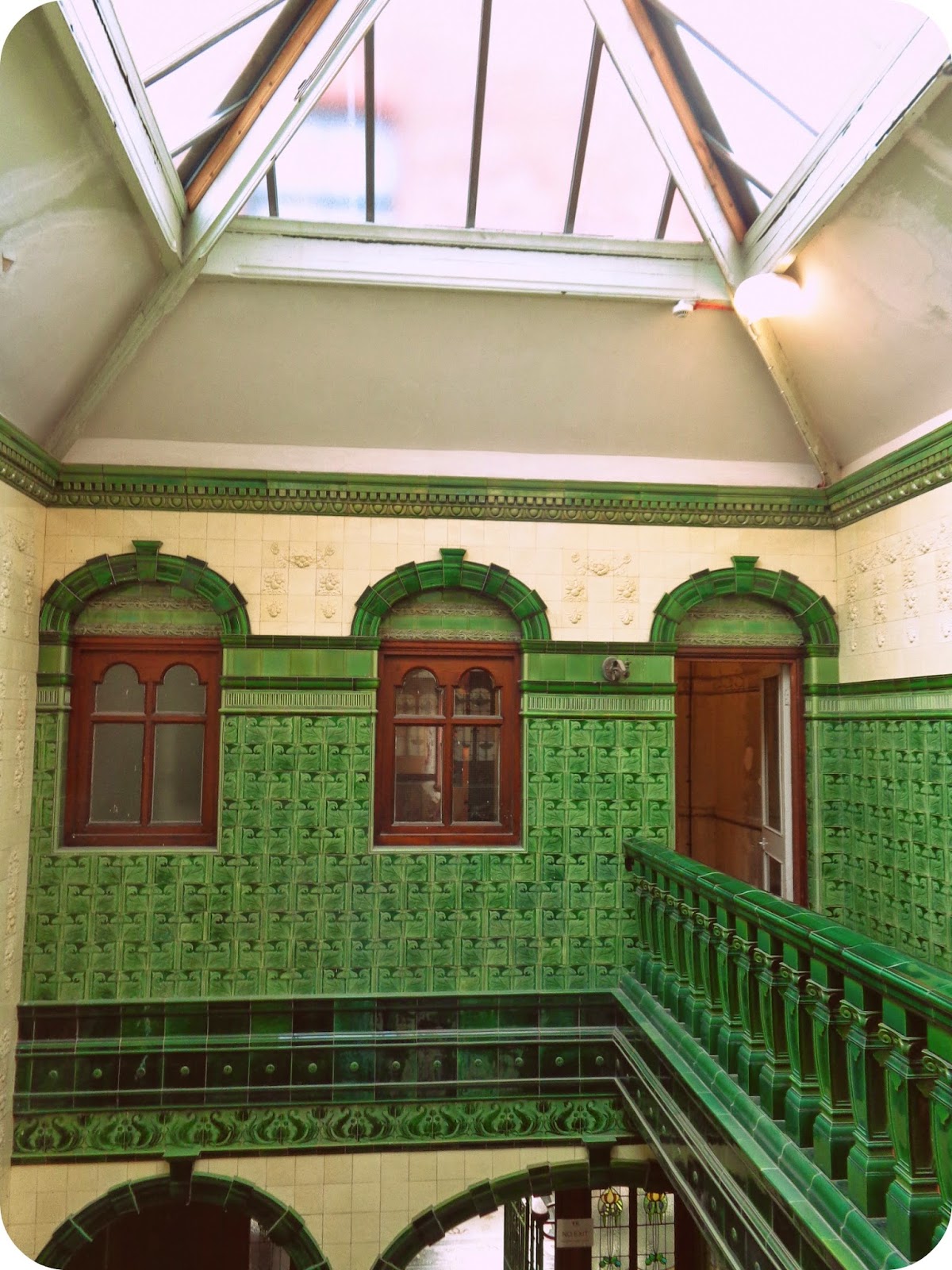 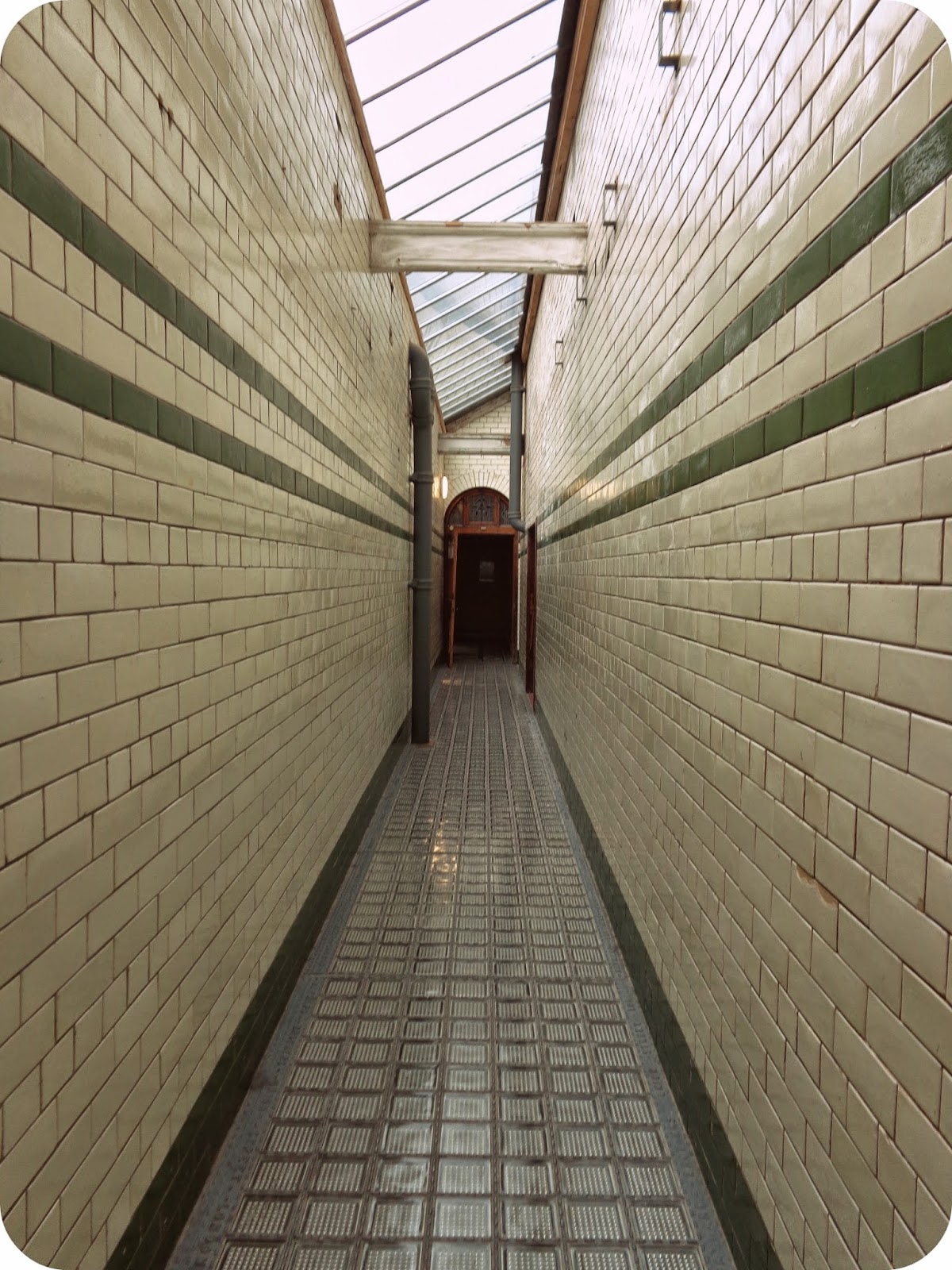 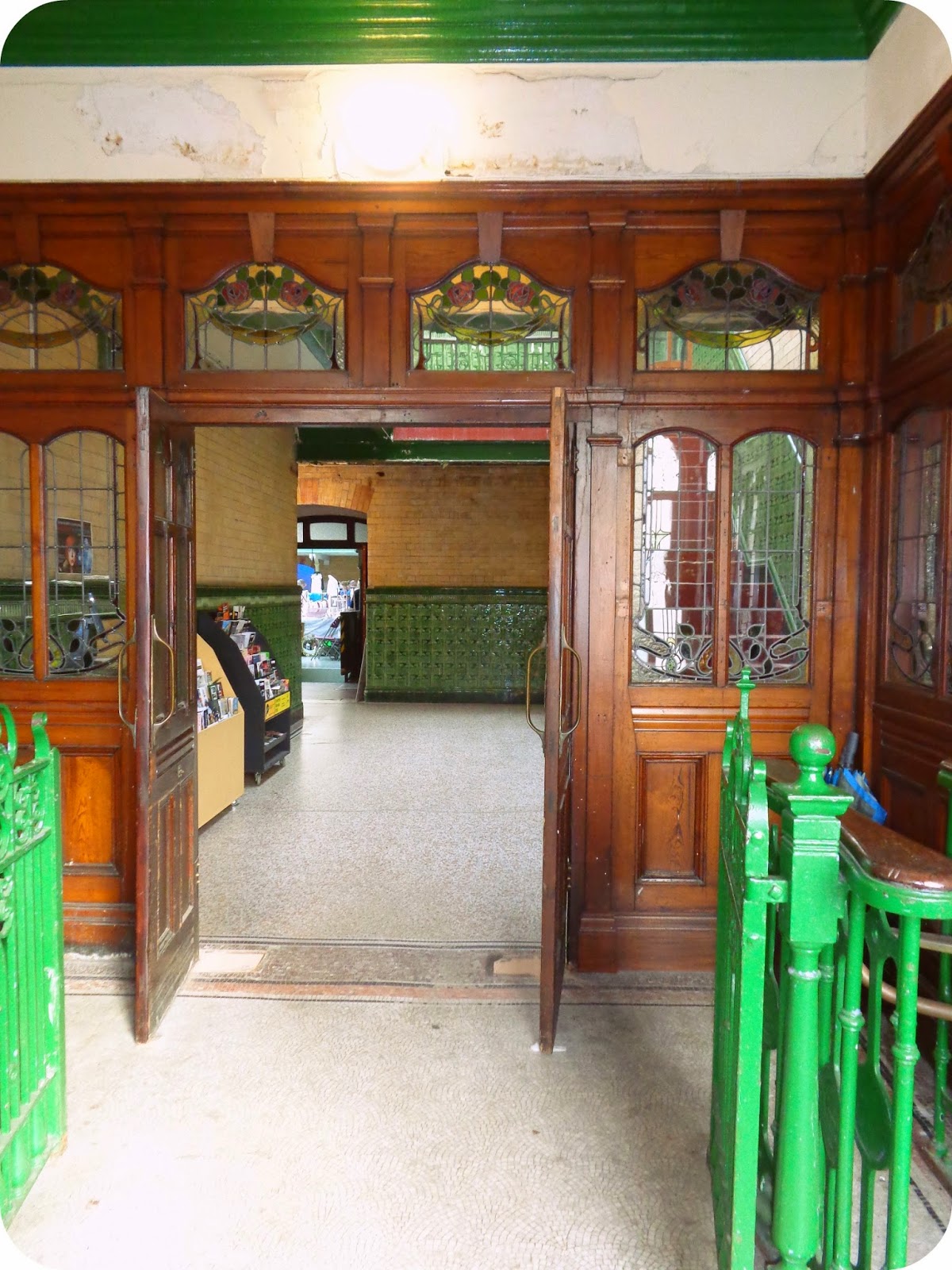 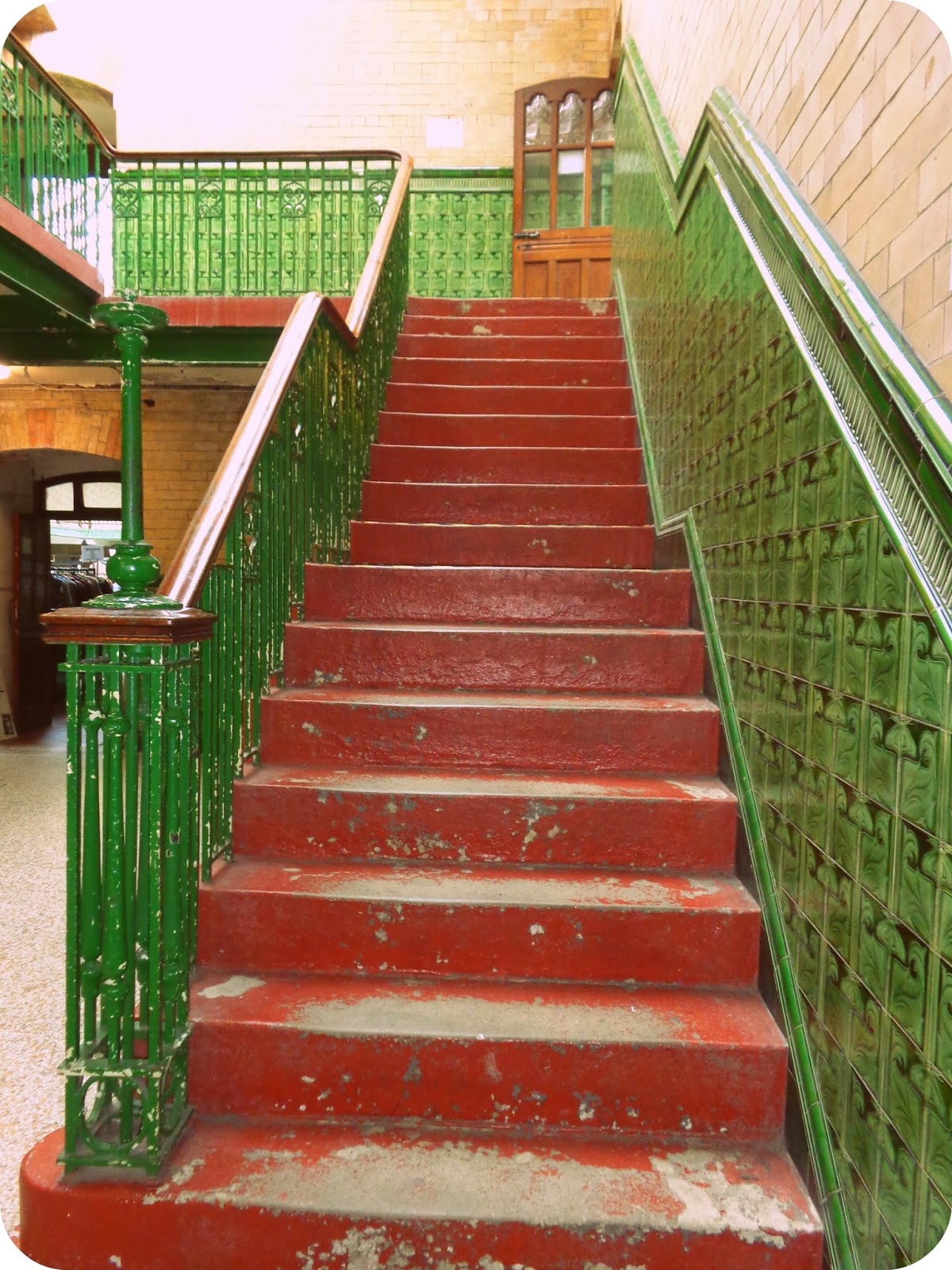 If you fancy visiting Victoria Baths (and you really, really should) then more details are HERE.

A full-on weekend of vintage buying and selling, catching up with friends, the ecstasy of bagging Glastonbury Festival '15 tickets and the agony of a three hour journey home last night - I'm bastard knackered. No time to recharge and chill though, there's two vintage fairs this coming weekend to prepare for and 55 new-to-Kinky items of stock to wash, iron, price and repair.

Email ThisBlogThis!Share to TwitterShare to FacebookShare to Pinterest
Labels: Out and About, Vintage Fair