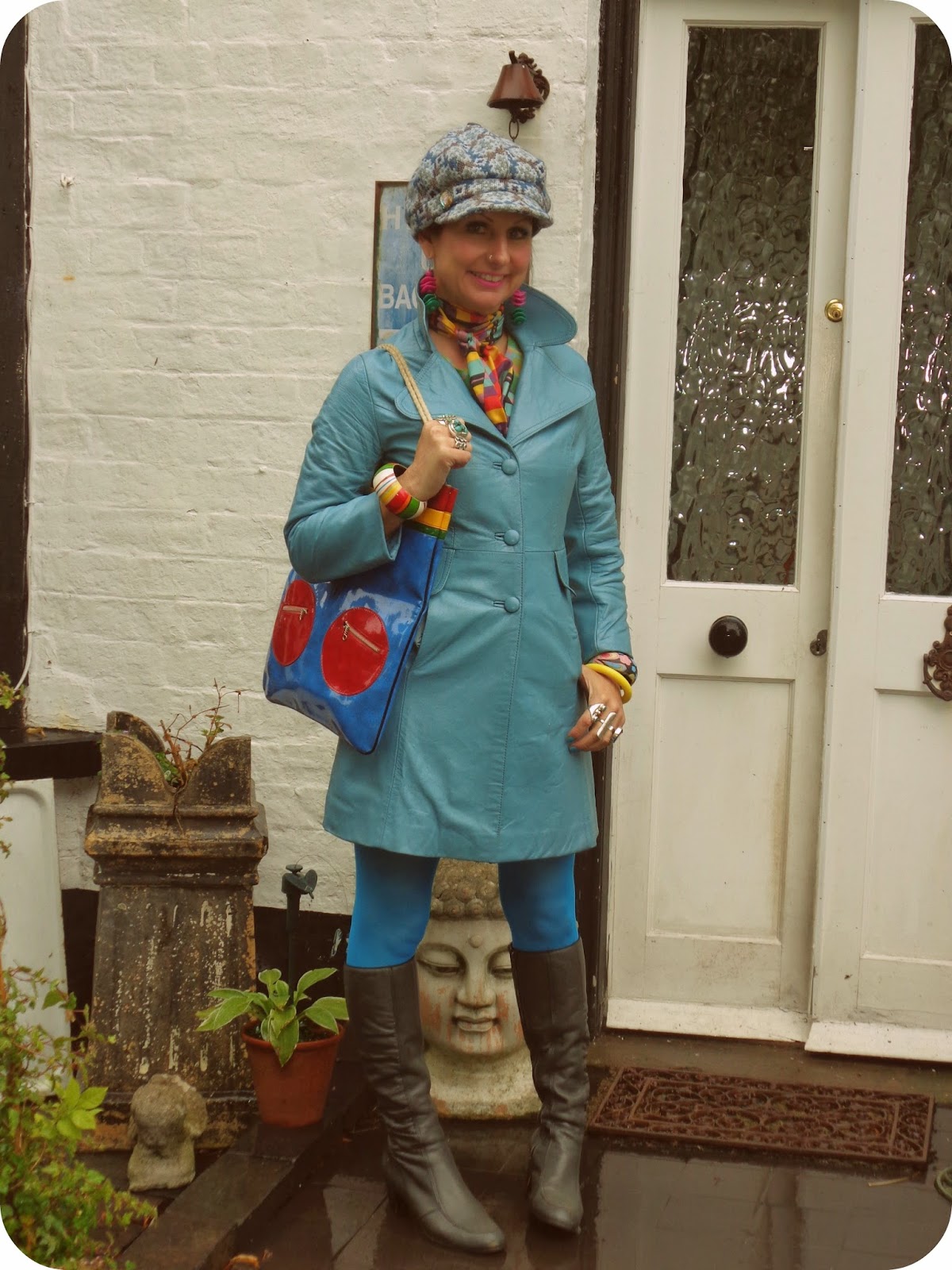 Tights, boots, coat and a hat. It can only mean one thing, its the August Bank Holiday.
Its not unusual, this was me a year ago, at the Upton festival,  in a fake fur coat with thermal leggings hidden under my maxi. 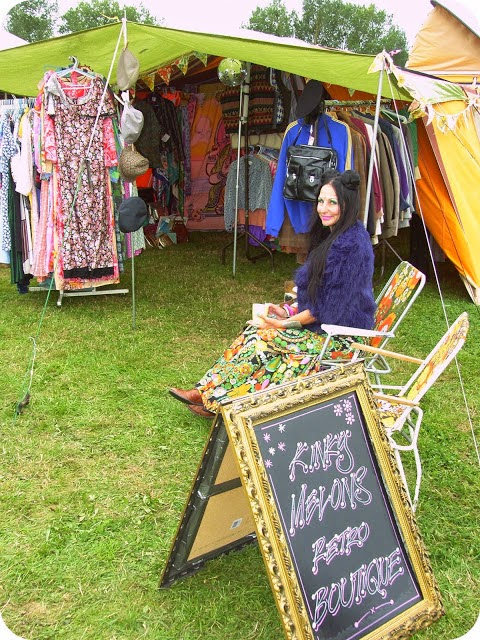 I've been living in the UK for the best part of 48 years and if inclement weather stopped play I'd have become a hermit years ago.


So with my hair stuffed in my cap (tweed is waterproof and a lot less hassle than carrying a brolly) and my water resistant leather coat & PVC tote I was ready to face whatever the heavens threw at me. 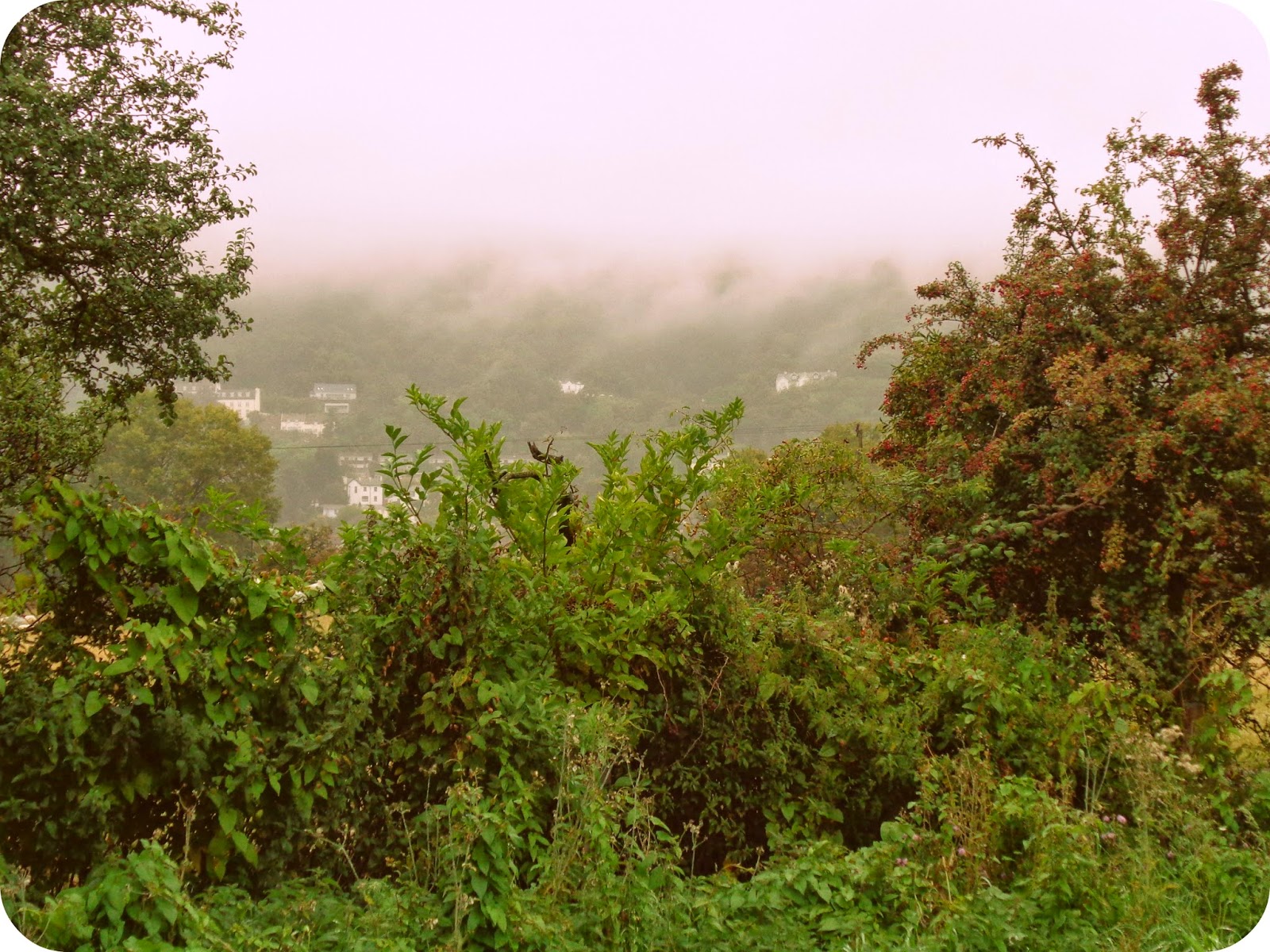 Today's destination was our first ever visit to the Malvern Flea and Collectors Market, an hour's drive away in the county of Worcestershire, with a start time of 7.30am. Held monthly, there's usually around 350 traders indoors and out but the torrential rain understandably put many of the outdoors stallholders off. 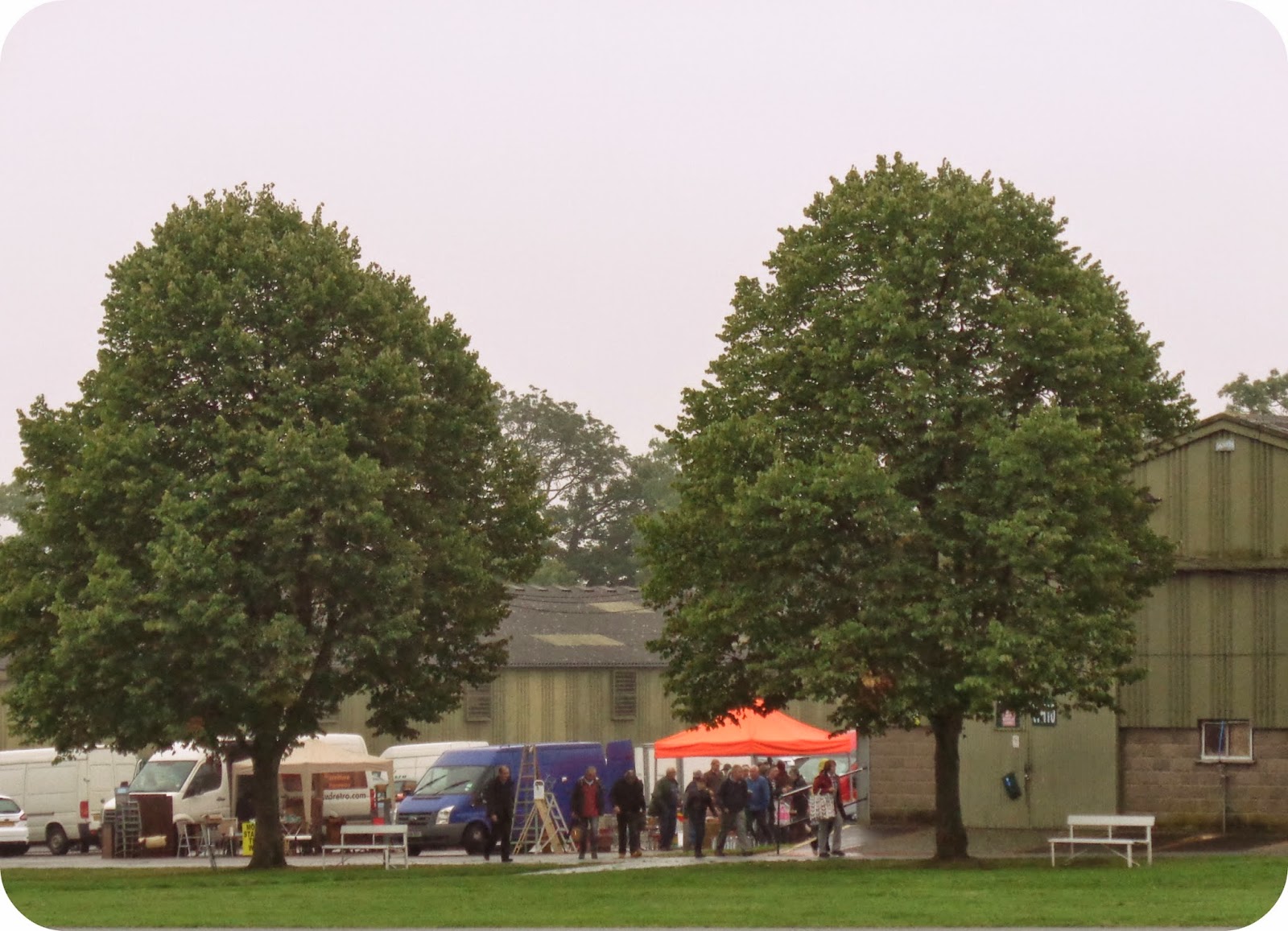 The variety of stuff on offer is staggering, from high end antiques, Victoriana, jewellery, taxidermy, industrial salvage, art and mid-century home wares to tables of £1 bric-a-brac and general tat. 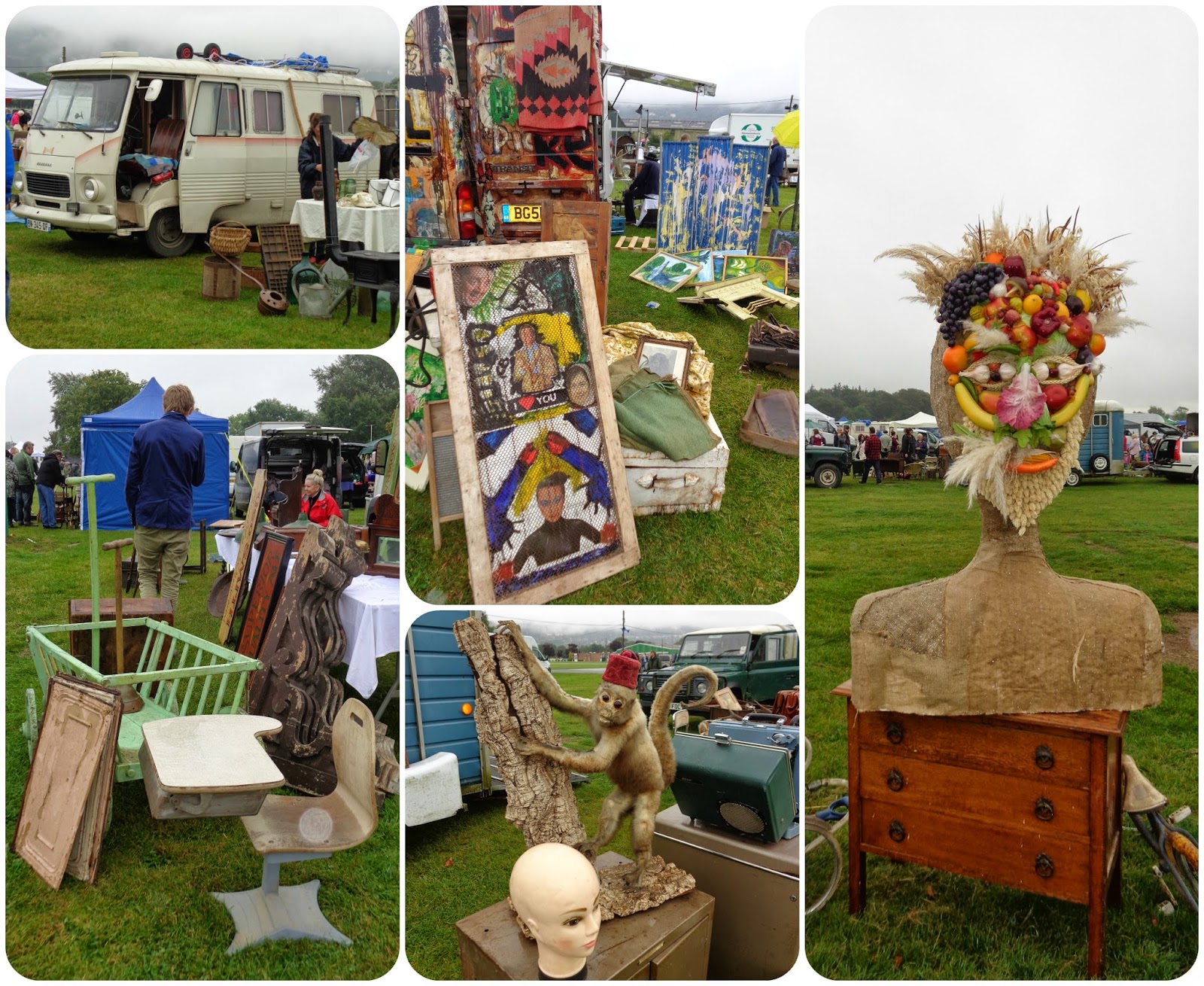 I didn't dare ask the price of the monkey. 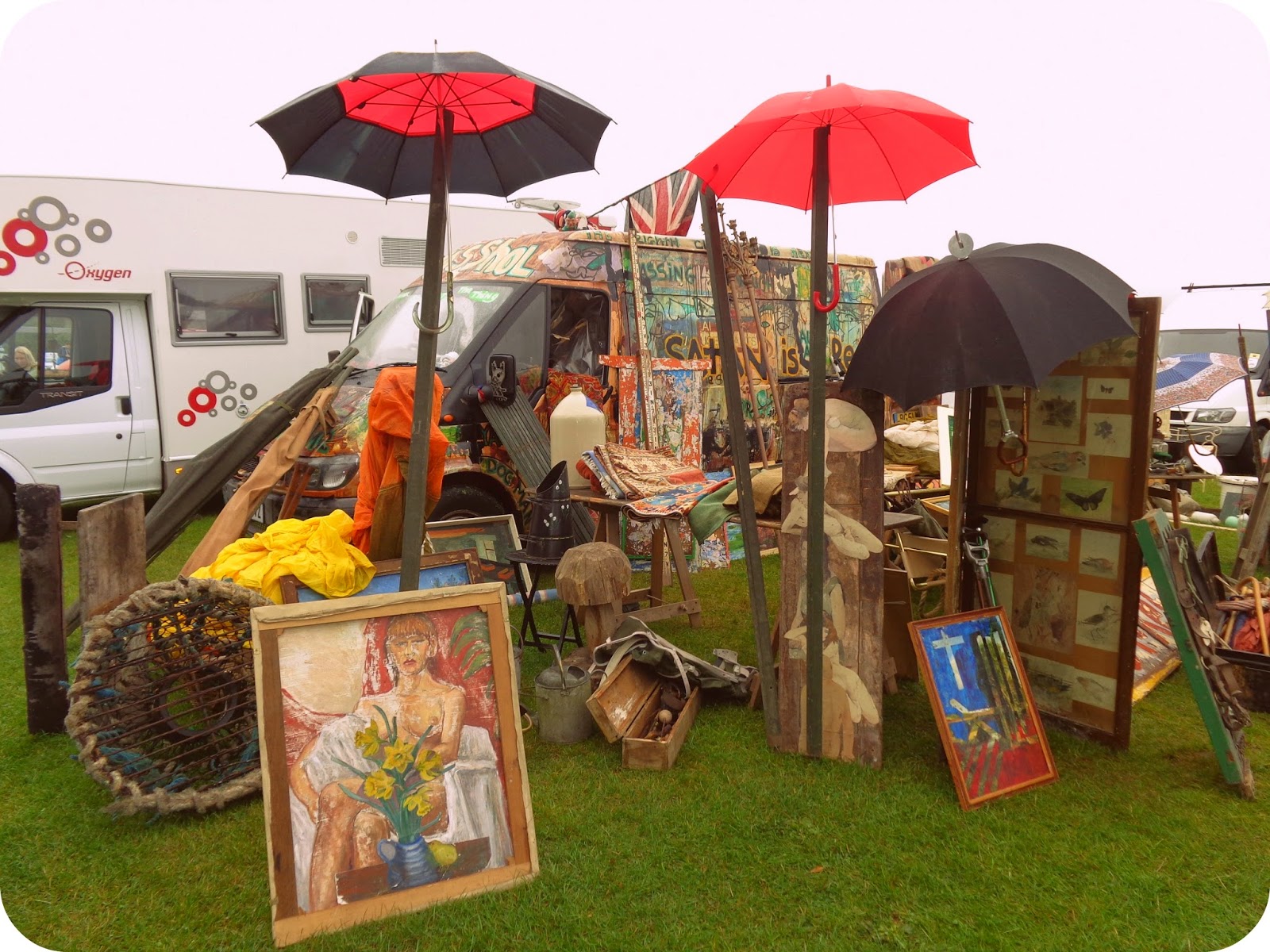 This chap's van was a work of art in itself. 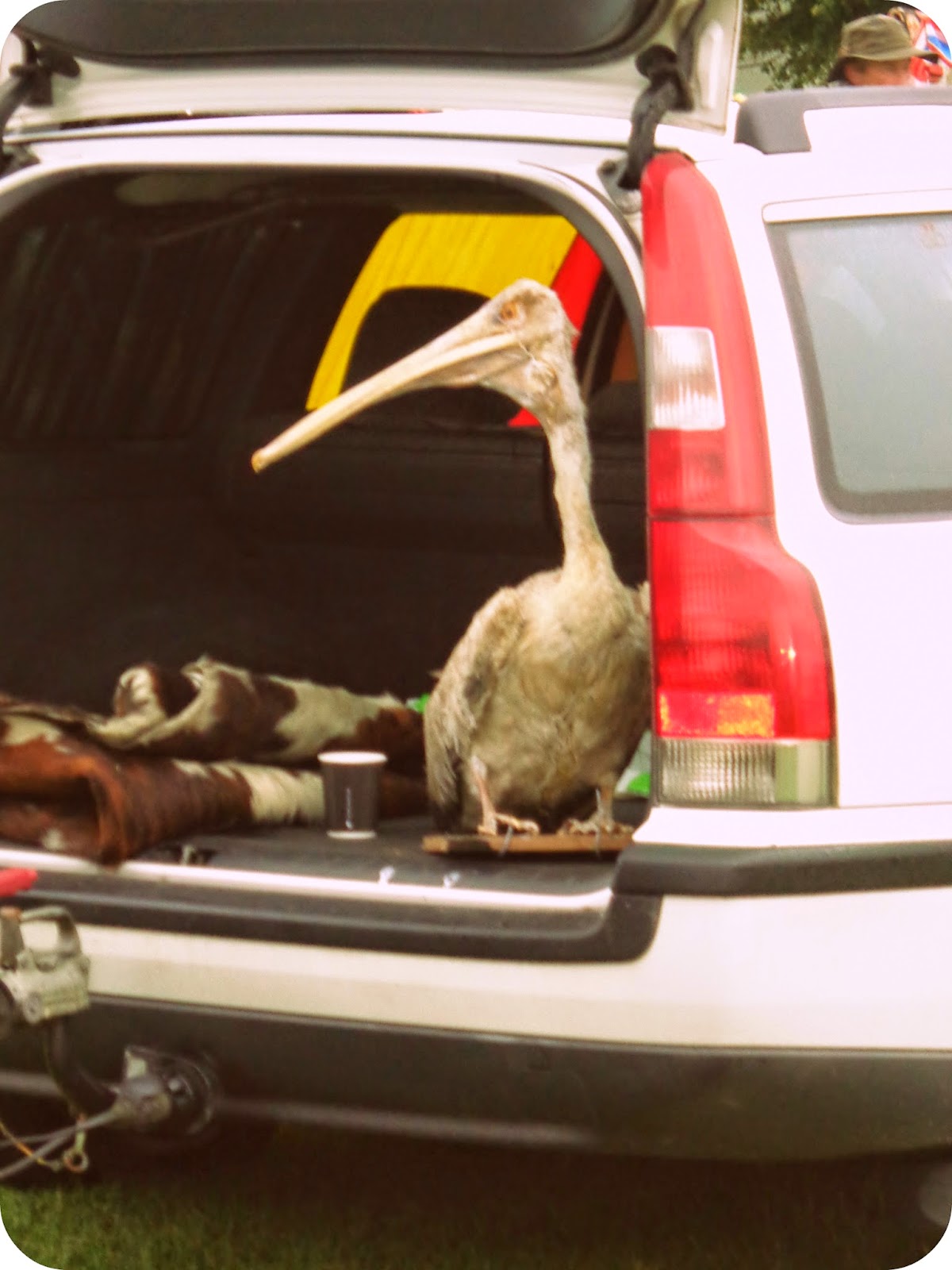 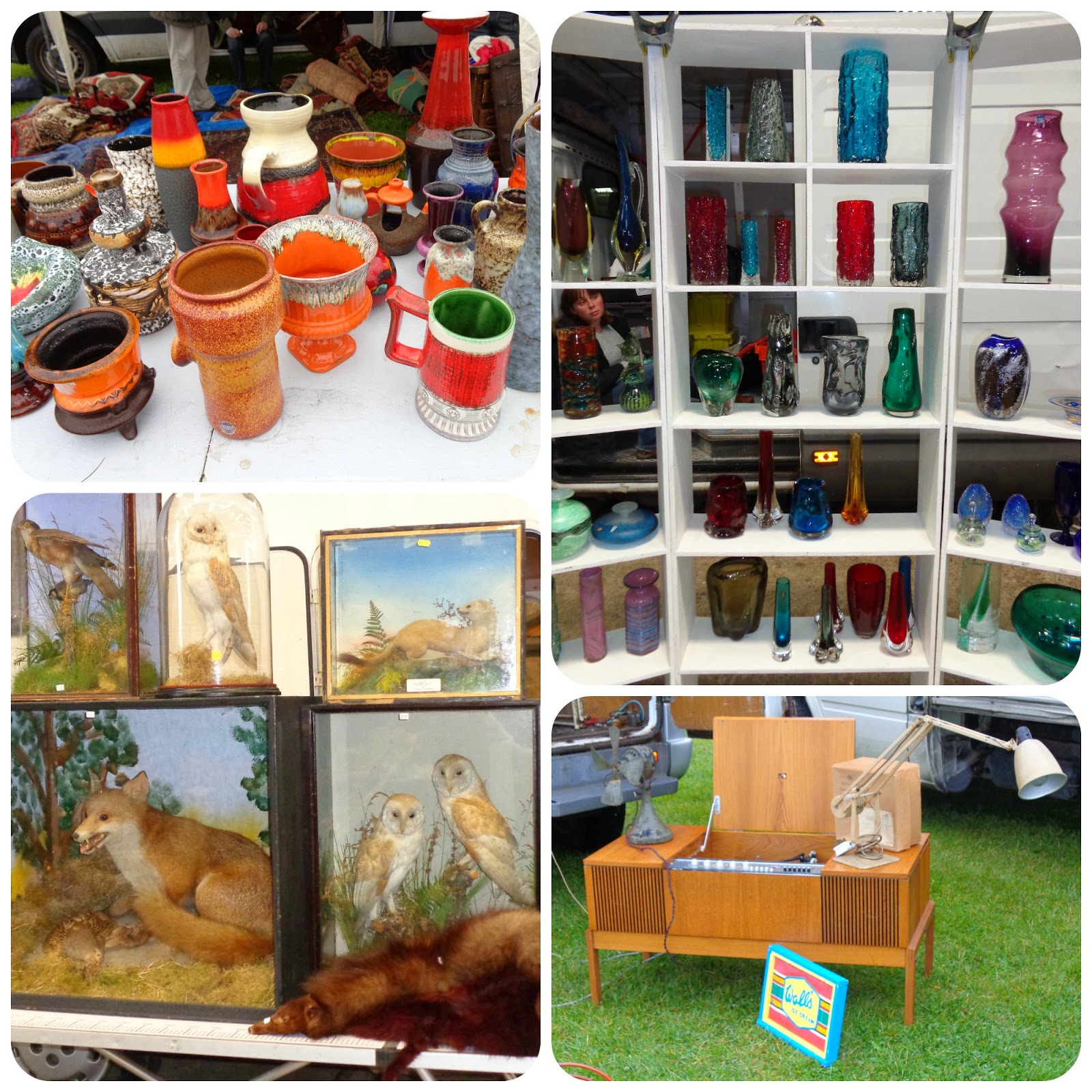 Fat Lava, stuffed owls, dead foxes, Whitefriars glass and a 1960s stereogram, everything one could ever need to furnish a home. 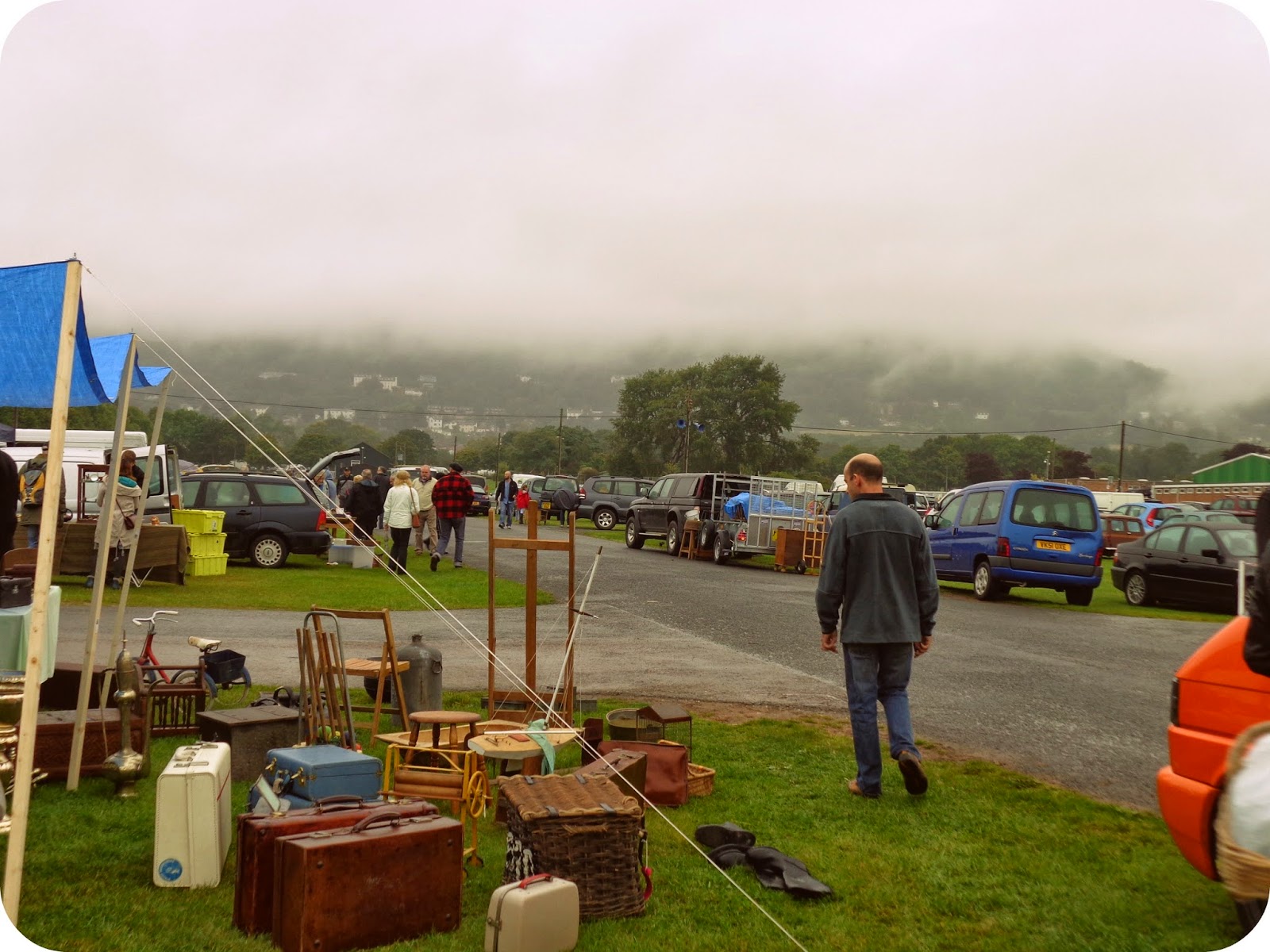 There were a handful of vintage clothes sellers, one lady had a clearance mountain piled high on the floor, ripe for a rummage and being largely ignored by the other shoppers. Me, I dropped to my hands and knees excitedly throwing my finds into Jon's open arms. A snooty woman with a teenage daughter remarked that she had to move as the smell of old clothes were making her feel sick. I wasn't sure if she was referring to me or the rummage pile but wasn't too bothered, it meant I could carry on unhindered.


Look at what I got! Its like the 1970s never ended. There's minis, midis, maxis, bags, patchwork prints, lurex, velvet, lace, gingham, waistcoats, frills, polka dots, ruffles and fabric galore (the cat was already mine).

Looks like the rest of today will be spent chained to the washing machine - no change there then!

Email ThisBlogThis!Share to TwitterShare to FacebookShare to Pinterest
Labels: Out and About, Outfit, Vintage Fair