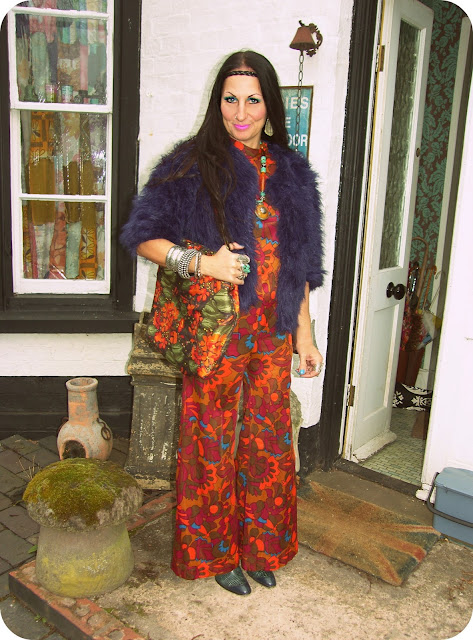 It's always a bit scary meeting your virtual buddies for the first time, I know I'm going to love them but maybe I'll disappoint and not be anything like they imagined I am from my blog? This was me nervously awaiting Tania's arrival yesterday.


No worries, though. We had an absolute blast. After a ten minute walk into town talking nineteen-to-the-dozen, we picked Clare up from the train station and headed to Costa's for coffee and a natter, as usual attracting an assortment of dirty looks from our riotous laughter. After that we had rummage round the Wednesday flea market where Clare took a fancy to a 1970s patchwork lion and the chap in the flat cap and the cross-the-body bag took a fancy to her. 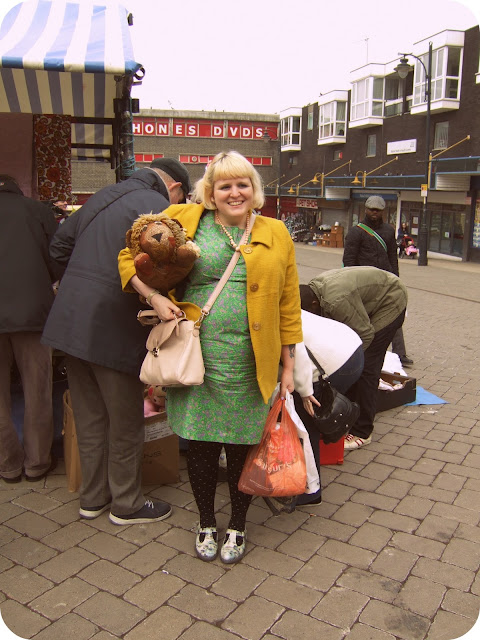 Poor Curtise's train was delayed by hours so we visited a couple of chazzas and treated ourselves to some bargain make-up from Beauty Queen Cosmetics before heading to Wetherspoons, to scare the locals and put the world to rights over drinks. When Curtise finally arrived we exchanged gifts and naturally I was asked by a pissed-up pensioner if I told fortunes. 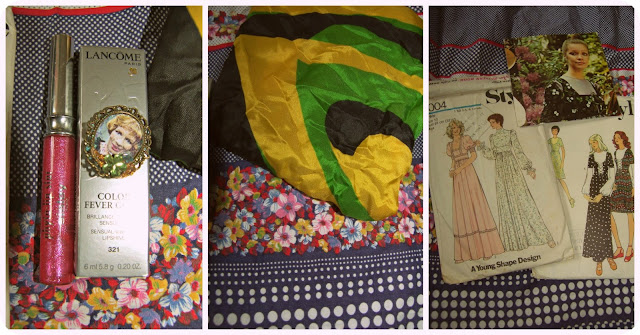 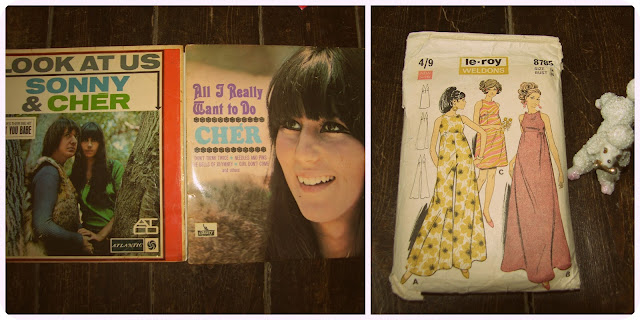 From Curtise - Two Cher LPs, a posh poodle ornament with a golden bone and the best jumpsuit pattern, ever! 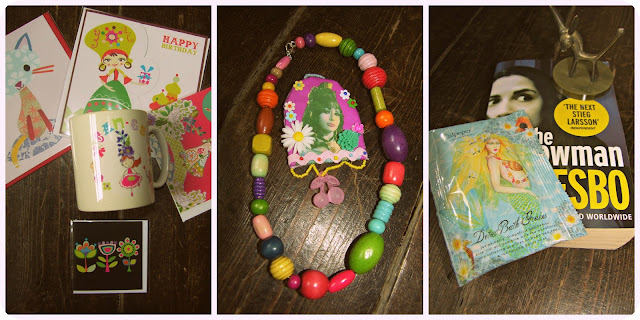 From Tania - some amazing cards and a mug from her very own Freckleface range. Hand-made beads and a Helen badge, a Scandi thriller, fancy bath soak and a donkey ring holder! 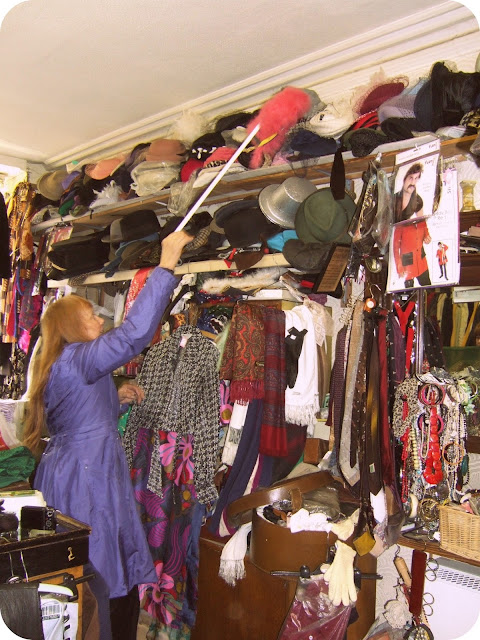 After we'd eaten we set off for Second To None for an afternoon of dressing up. Here's June grabbing a marabou feather hat for Curtise to try. 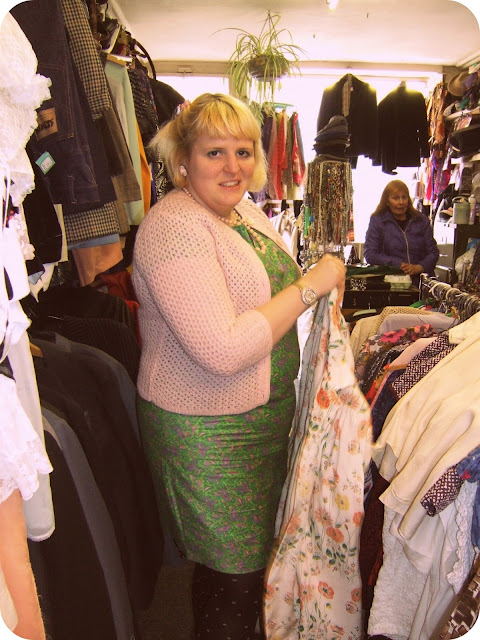 Clare was rather taken with a gorgeous linen 1940s smock. 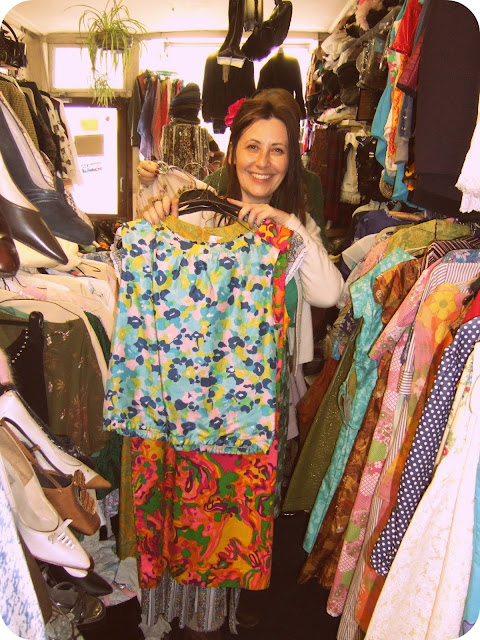 Tania was dazzled with psychedelia. 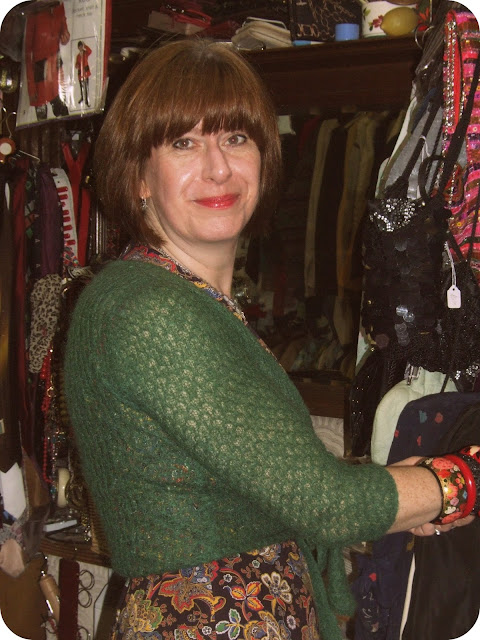 Curtise had a bit of a fetish for anything green.

Favourites selected off we went upstairs to strip down to our undies and let the cackling commence. If it looks wrong we tell each other, we can't be having our friends looking anything less than fabulous. 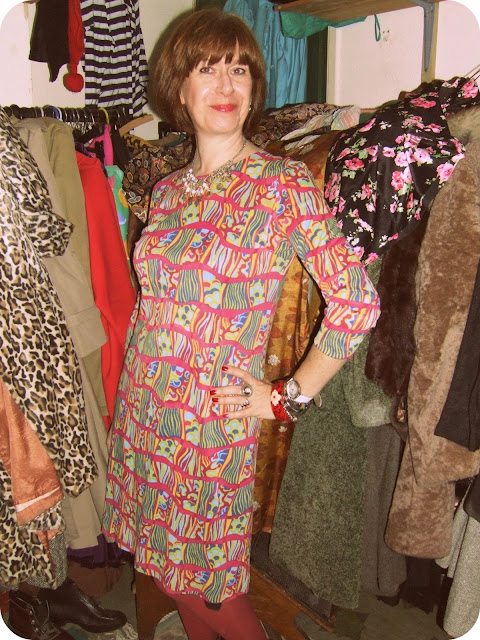 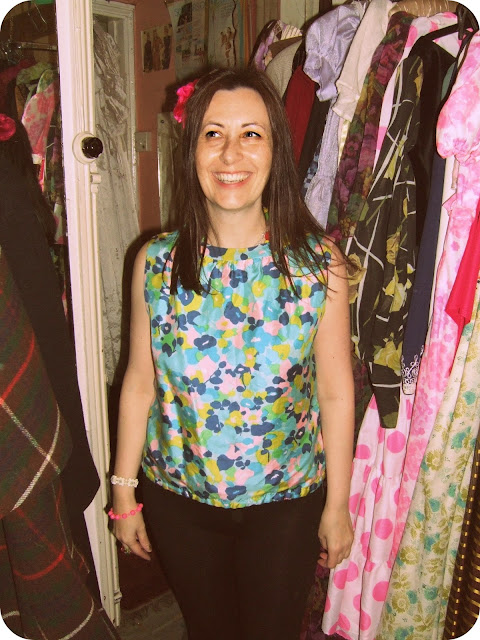 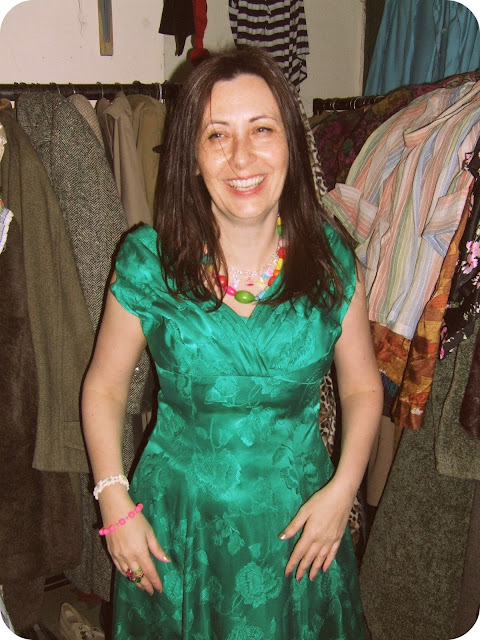 But the boob action on this 1950s number was a resounding thumbs down.
After keeping Second To None open well past closing time we walked back to mine for tea and more hilarity. 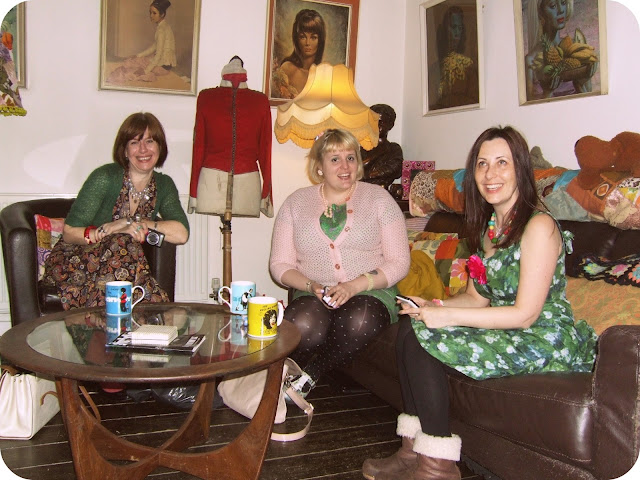 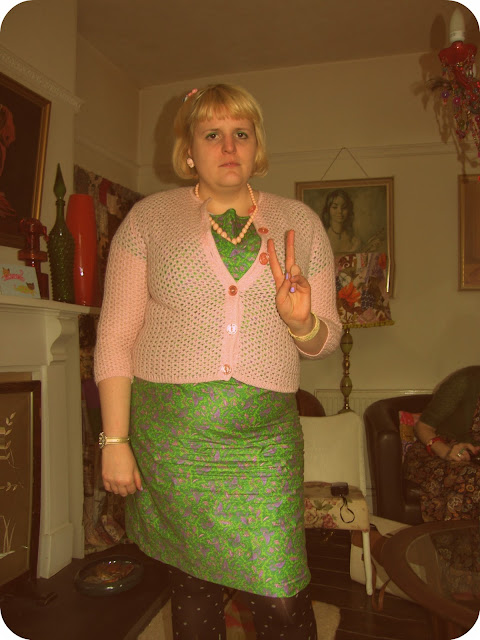 I took some moody shots with my bastard massive blogging camera. Clare, being the world's greatest second-hand shopper, bought this pretty 1960s bed jacket from Scope earlier on, isn't it fab? 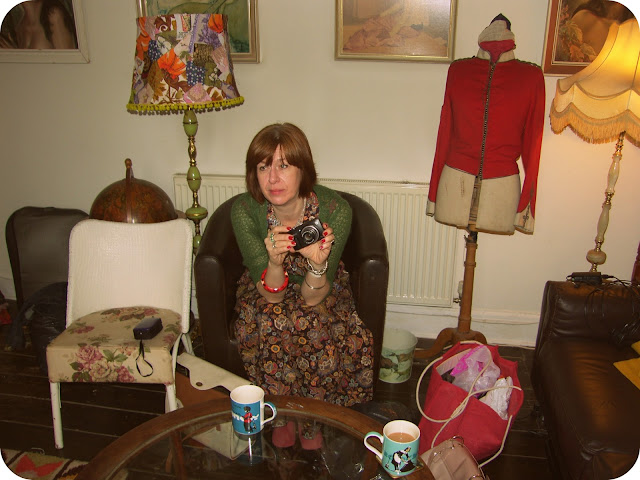 Curtise is always a joy to be around - I feel like I've known her all my life. 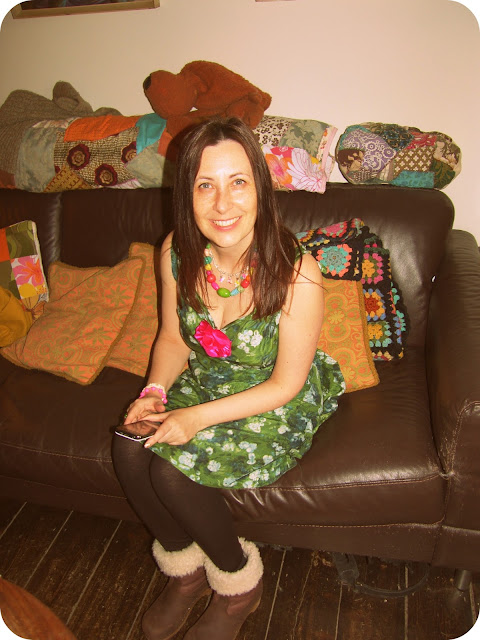 Tania is an absolute sweetheart, she's a fantastic new addition to the gang, I can't wait for the rest of the blogging posse to meet her. 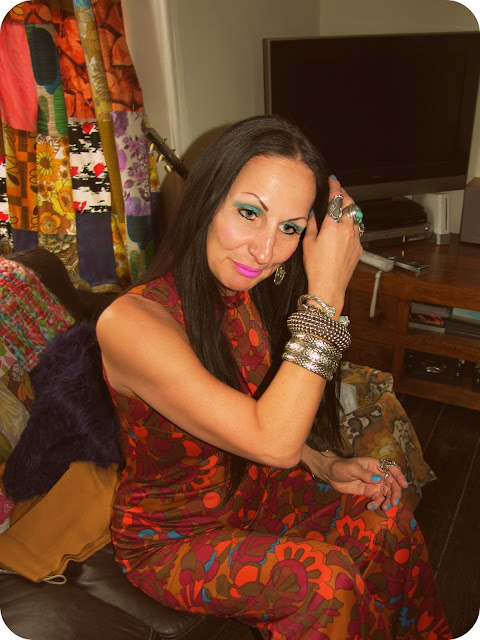 ....after 8 hours my headband made my ears throb.

Tania and I dropped the girls off at the station and said our goodbyes. I was hoping Jon would be back in time to take some group photos but it wasn't to be. Never mind, we're just going to have to do it all over again.  Who wants to join us?

Cheers to blogging buddies!
Whoever said you can't find true friends on the internet was obviously mental.

Stay tuned - I'll be back with my purchases very soon!