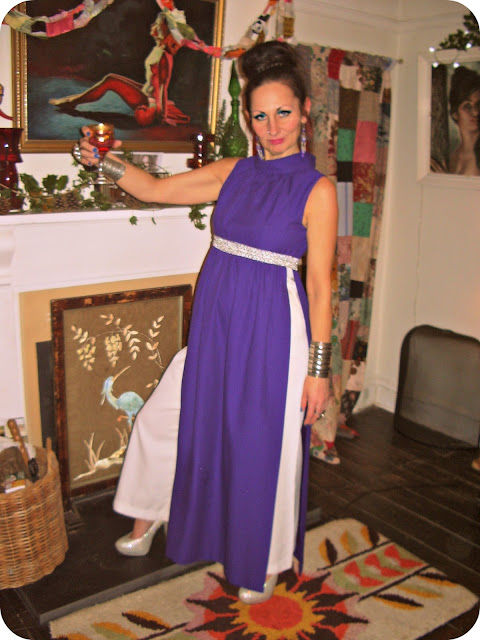 We won't be partying on New Year's Eve as we've got to be at the airport on New Year's Day at 6am so, rather than miss out on all the fun, we brought the celebrations forward a few days. Up went the hair, out came Helga's 1960s crimplene jumpsuit, my stripper heels and the biggest false eyelashes in my possession. 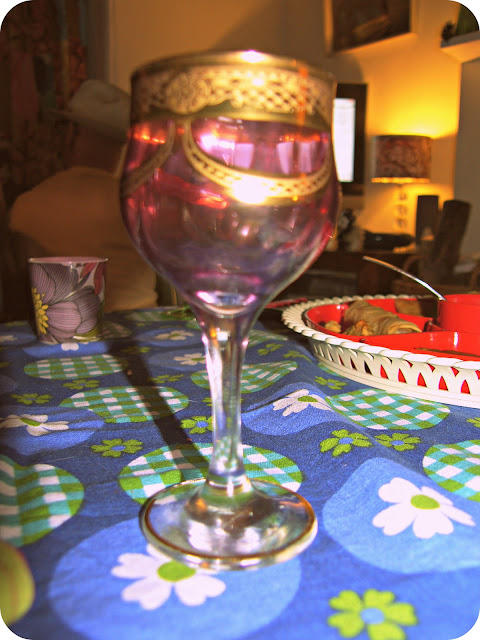 We OD'ed on snacks from the Gujarati sweet centre but still managed to squeeze in a curry later. 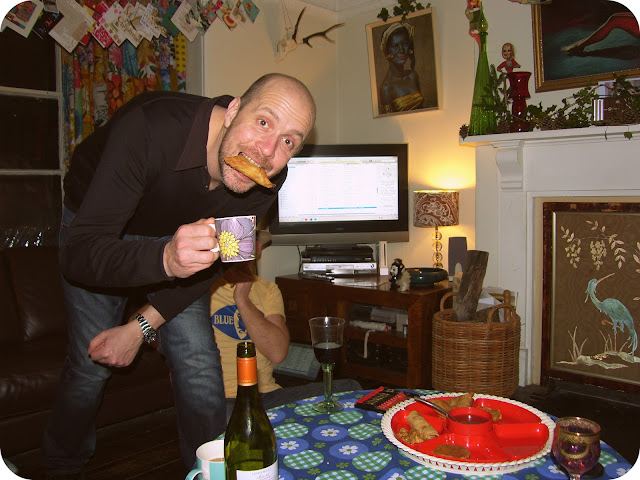 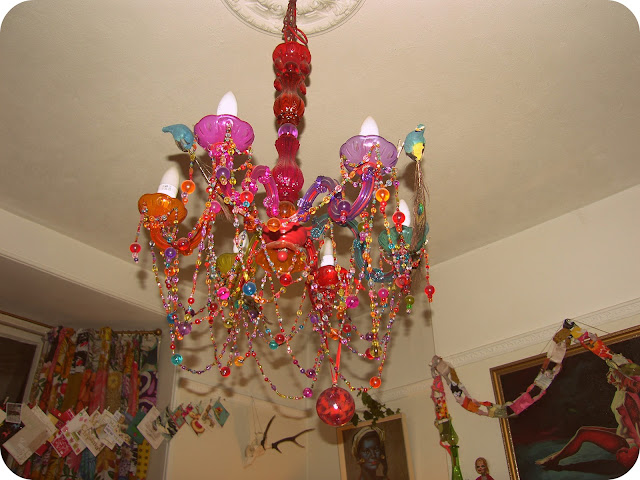 Look! No cobwebs on the chandelier. 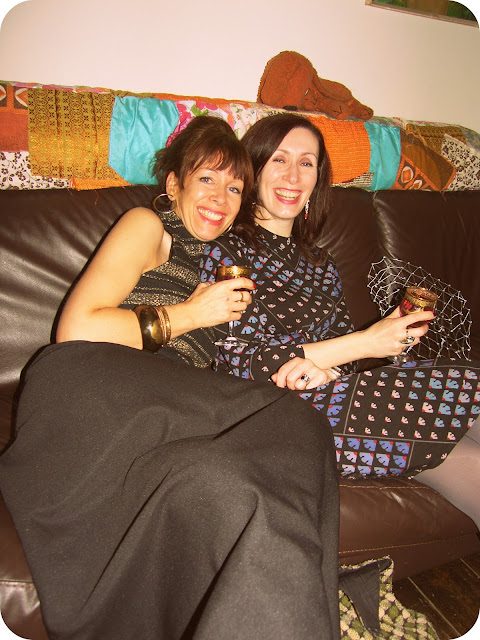 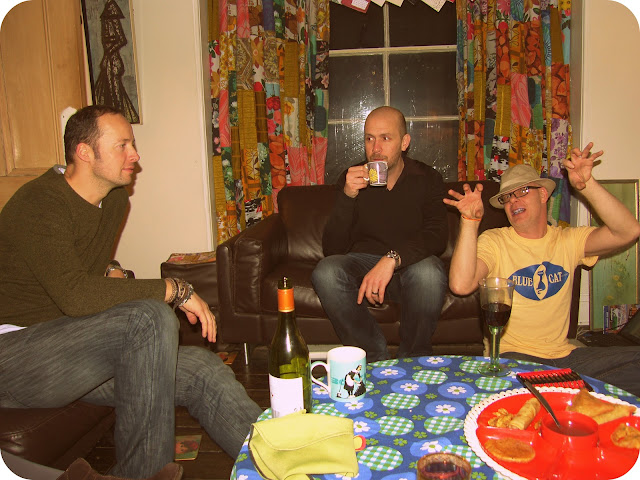 After a few jars they couldn't resist going through my stock rails and dressing up. 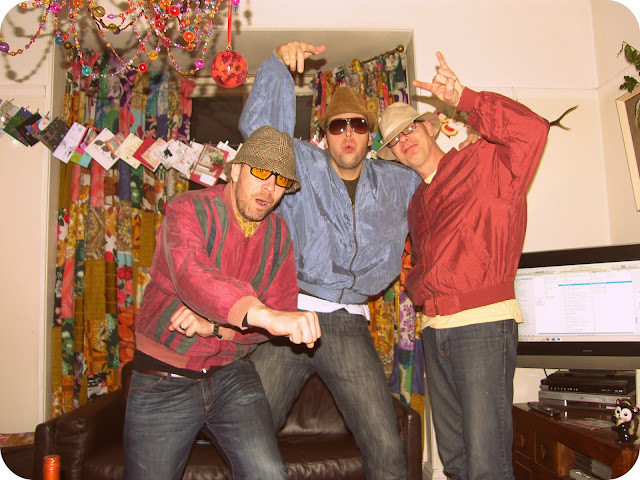 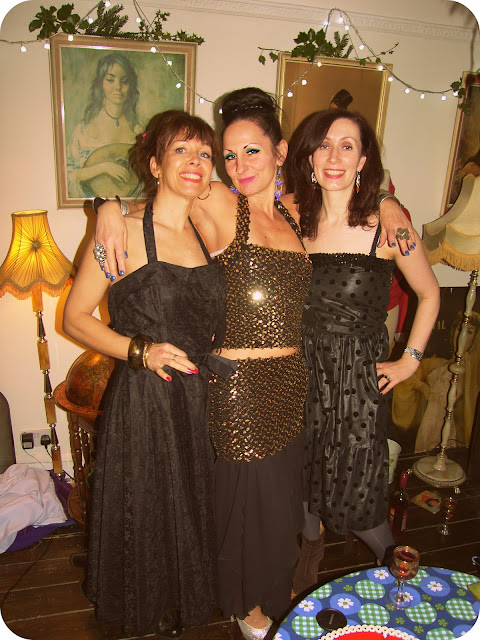 All too soon the taxi rolled up and the gang were transported back home. 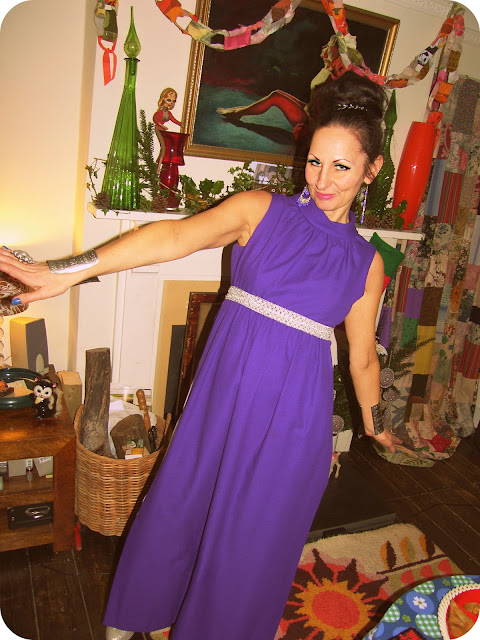 Leaving us to dance the night away on our own. 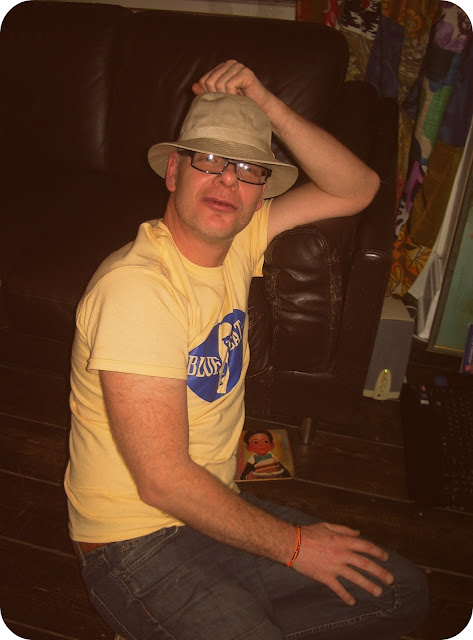 We love having no near neighbours, we can play music really loud without anyone getting upset. 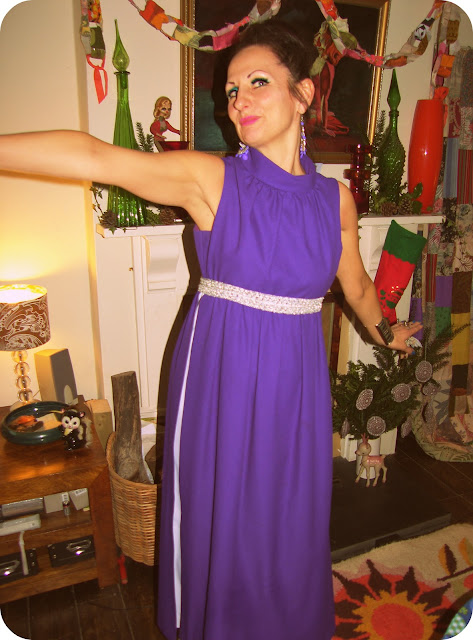 This is me earlier, testing out my flamingo Xmas umbrella on the way out to pick up a Guardian. I've no idea where we'll be this time next week but I'm damned sure they'll be no need for a brolly, tights or a coat!

I'm strictly booze free for a couple of days now (hmm..famous last words) so it's a quiet weekend consisting of catching up with blogs, watching films and finishing my packing.

Email ThisBlogThis!Share to TwitterShare to FacebookShare to Pinterest
Labels: Out and About, Retro Partyware