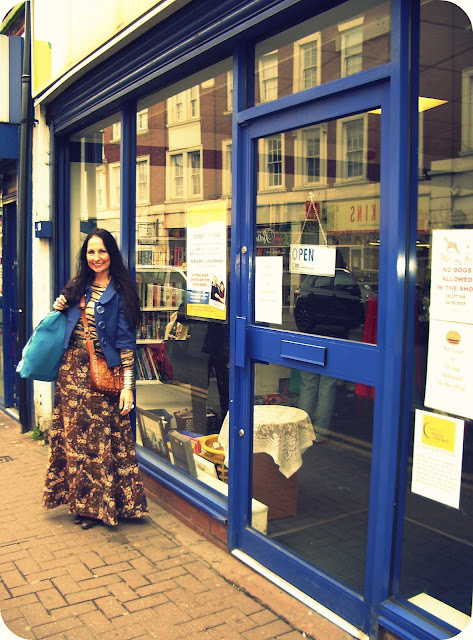 Today Liz and I jumped on a bus and headed 9 miles down the road to Dudley, the second most populated town in the UK. The town might be famous for being the birthplace of Lenny Henry and being the site of a 13th Century castle and the Black Country Museum but, more importantly, it boasts an impressive choice of twelve charity shops in the high street. 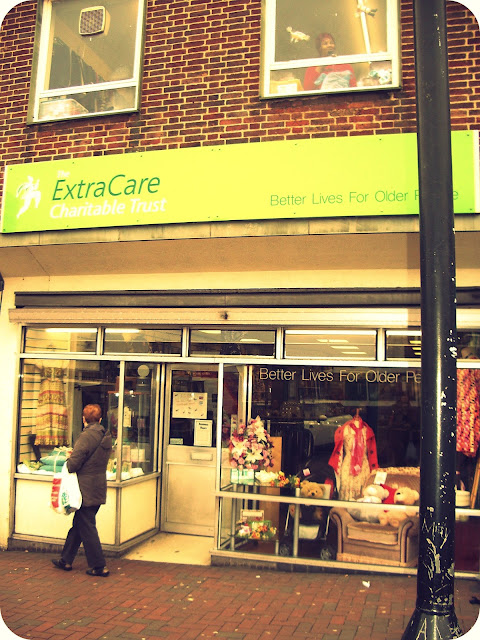 Here's just one of them. 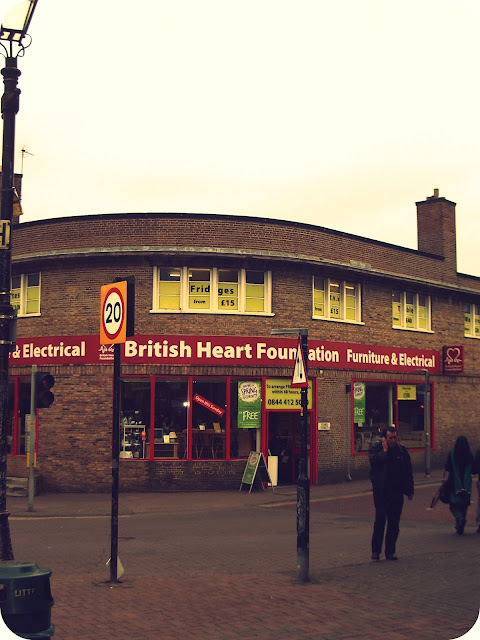 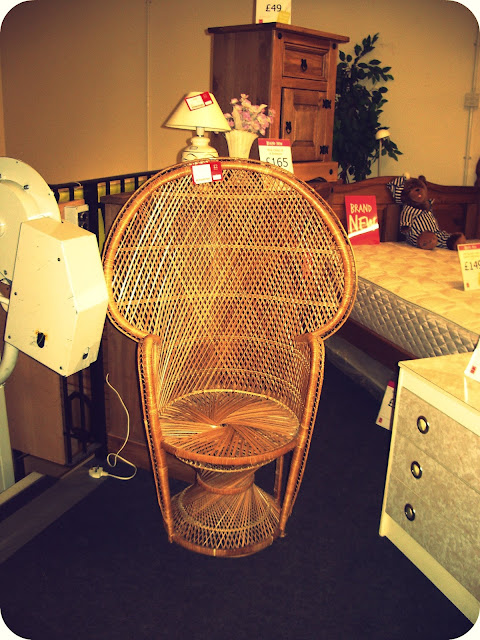 Today was no exception, this was a tenner. Not that we bought it, it wouldn't have fitted on the bus! 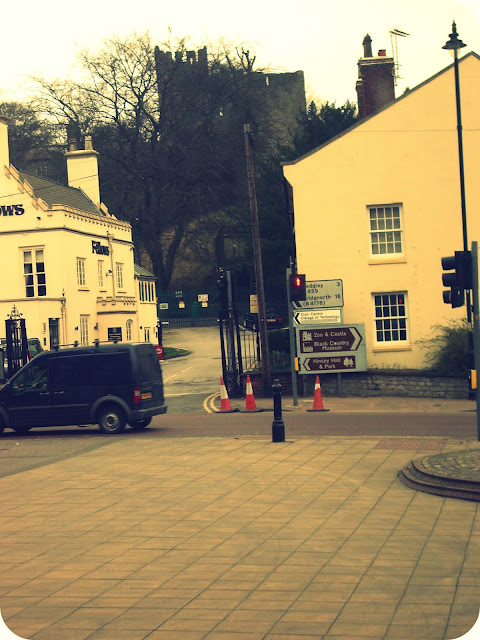 There's been a castle on this site since Anglo-Saxon times and Dudley Castle even gets a mention in the Doomsday Book. This incarnation has stood since the 13th Century and there's a zoo in the grounds. 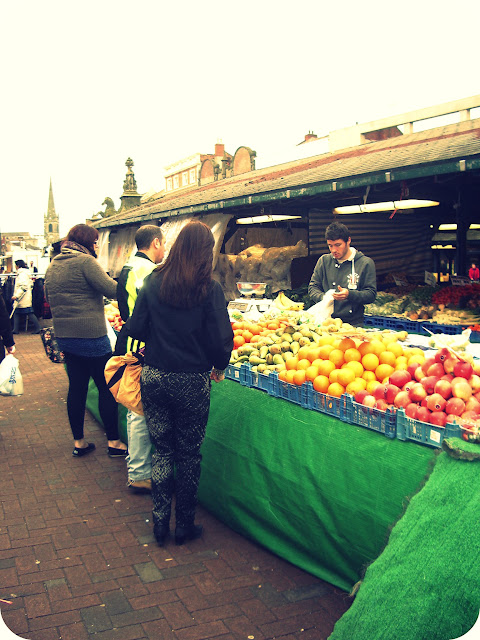 We couldn't resist stocking up on cheap fruit and veg off the market. 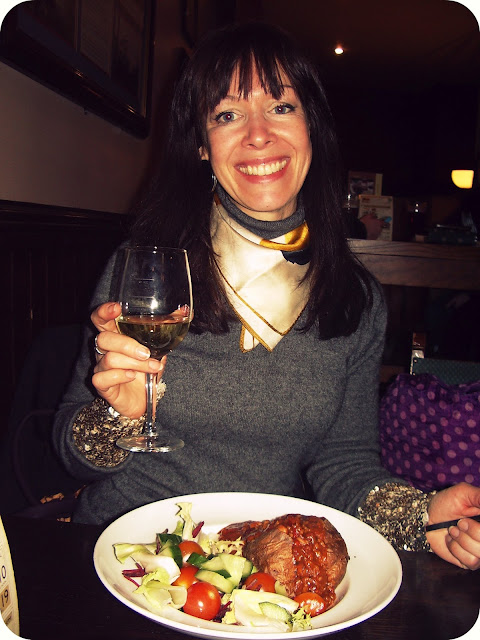 A girls' day out isn't the same without lunch in Wetherspoons. We had five bean veggie chili with jacket potato, salad and a glass of Pinot Grigio for £4.99

Here's what I spent my money on:

Went a bit mad on fake fur today, I blame the cold! That Steve Madden number is the craziest thing I've seen in a long while.

Have a rocking weekend. I'm waiting for Jon to bring me home-made pizza and crack open a bottle of red.

Email ThisBlogThis!Share to TwitterShare to FacebookShare to Pinterest
Labels: Out and About