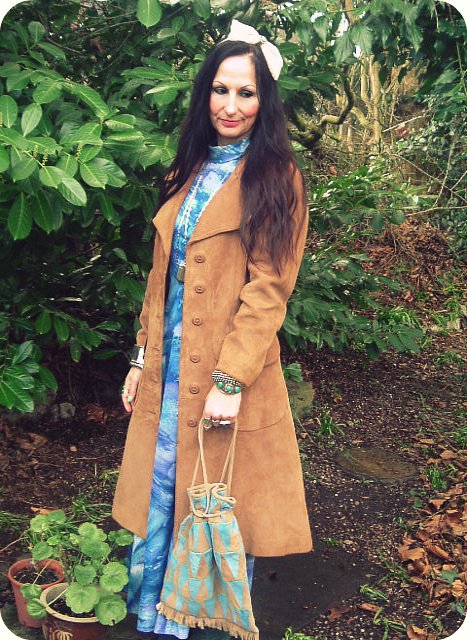 Look, a new posing patch! I had no idea those stepping stones were hiding beneath the undergrowth. Last summer's geraniums are looking surprisingly perky. 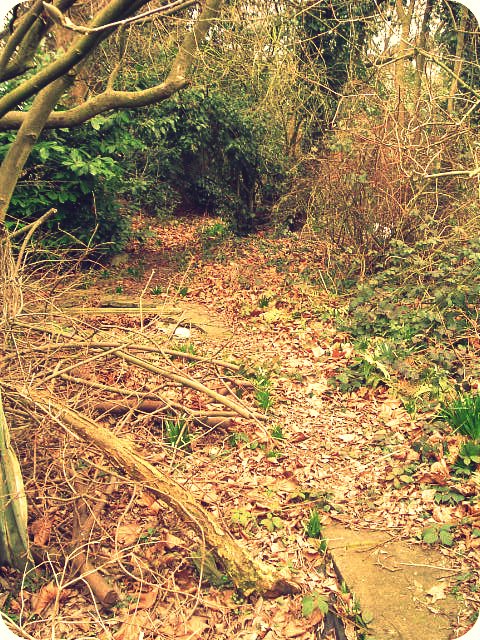 It's definitely looking a bit better, isn't it? Still wild and exciting but a lot less neglected. 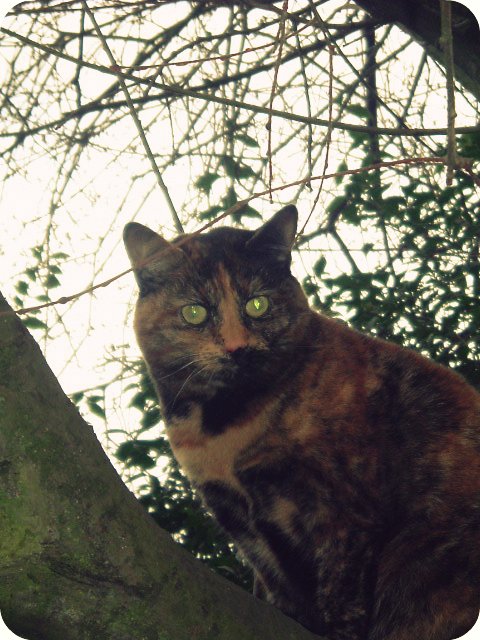 It's getting easier to keep track of the cats now. 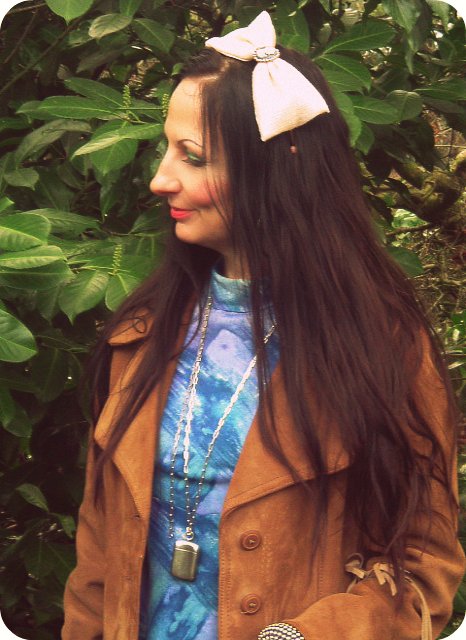 I've been in ratty old gardening gear since Monday so it was a novelty to get frocked up and head for the market despite the torrential rain and freezing temperatures. 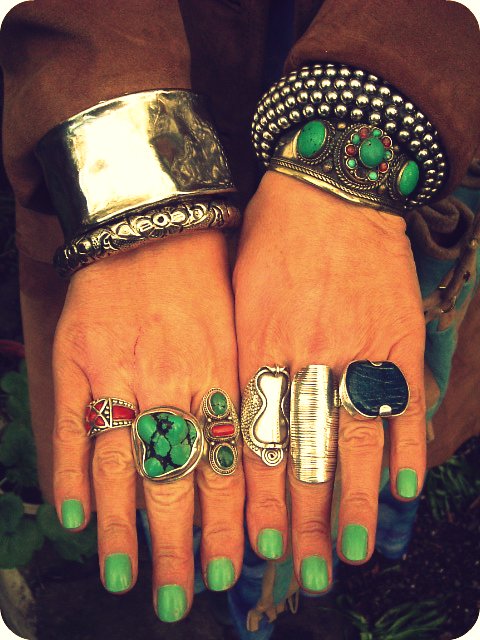 Who notices the scratches and broken nails when there's Barry M polish and tribal jewellery to look at? 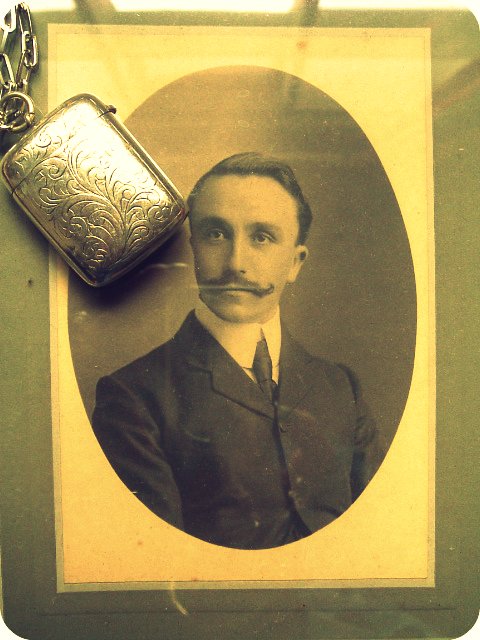 I'm wearing my Great-Grandfather's silver Vesta case today. It's inscribed with his initials, FAC (for Francis Arthur Crosby) and dated 1895.

This is what we'll be eating later, my home-made vegetable Jalfrezi with wholemeal chapati and steamed brown rice, 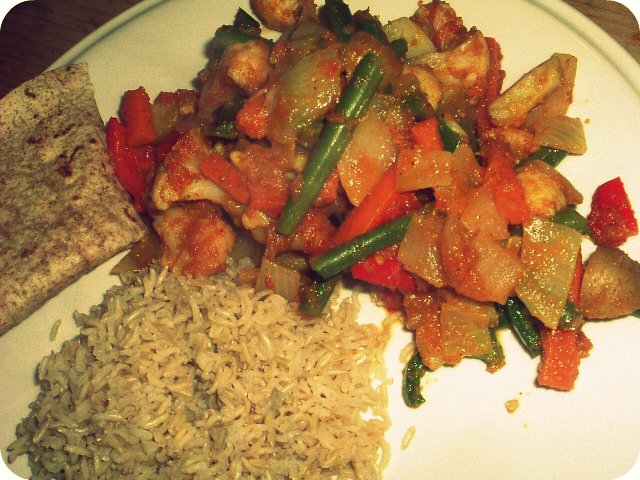 followed by a large Havana Club Rum and cola (or two).