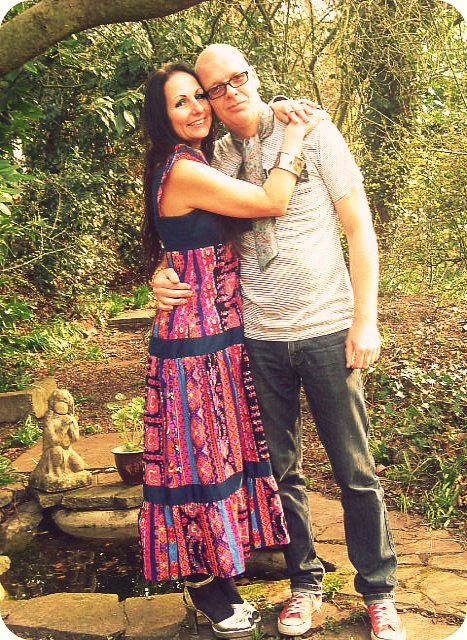 Some people say I'm lucky that Jon loves charity shops, car boots and jumble sales as much as I do. Call me picky but I'd rather be single than live my life with a man who didn't share my passions. After 20 years together (it's the anniversary of our first date on 1st April) we love a day out charity shopping as much now as we did back in 1992. 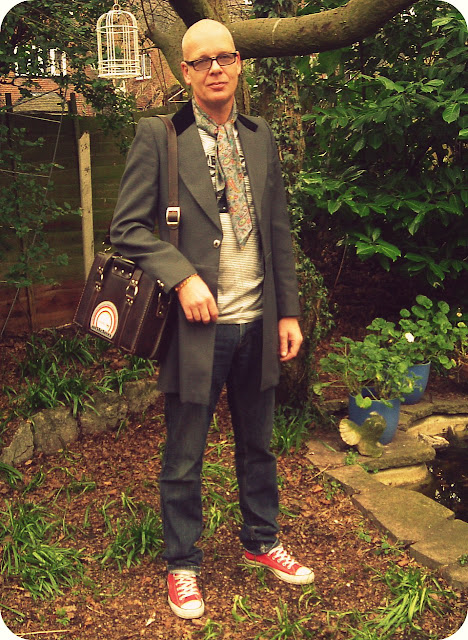 I've finally got him to show off his 1960s Jackson The Tailor frock coat which cost £5 from the Compton Hospice charity shop last month. He's wearing it with a pair of jumble sale boot cut jeans he reworked into skinnies (as he's pretty nifty with a sewing machine), a Raf Simons tee shirt (75p, Age UK) and a 1950s paisley print silk cravat by Duggie (bought for pennies at a jumble sale) 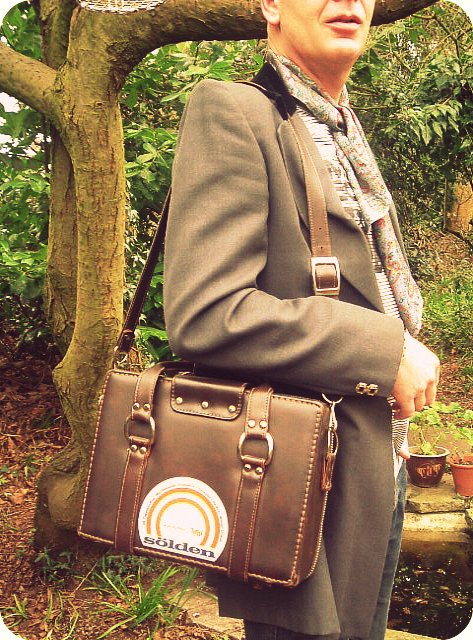 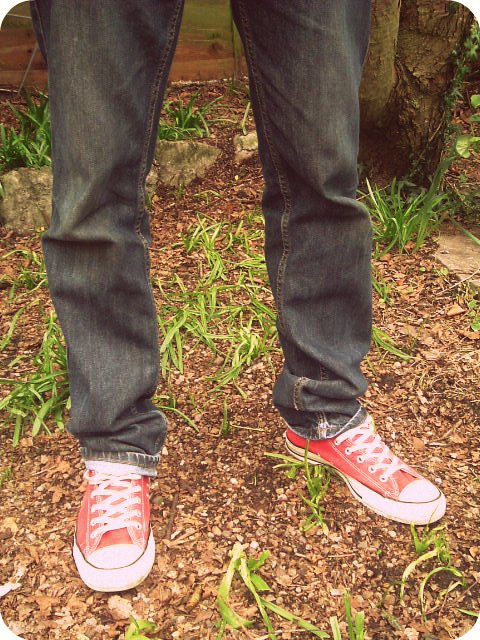 ...and the Converse boots were £2 from the Acorns Hospice charity shop. 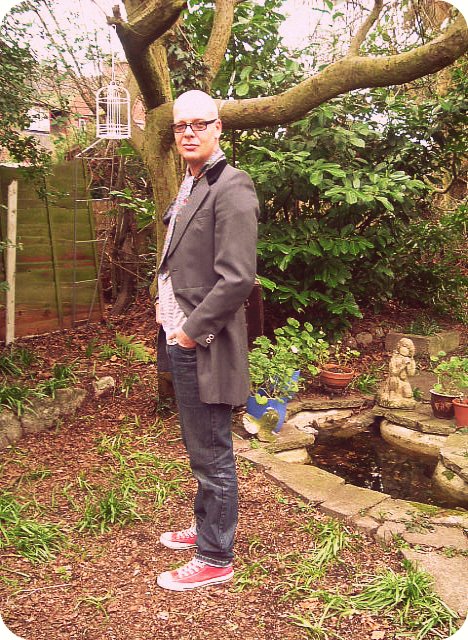 Total cost of Jon's outfit: £8.85
(Cost to me for making him appear on my blog: A curry from our favourite Indian restaurant.) 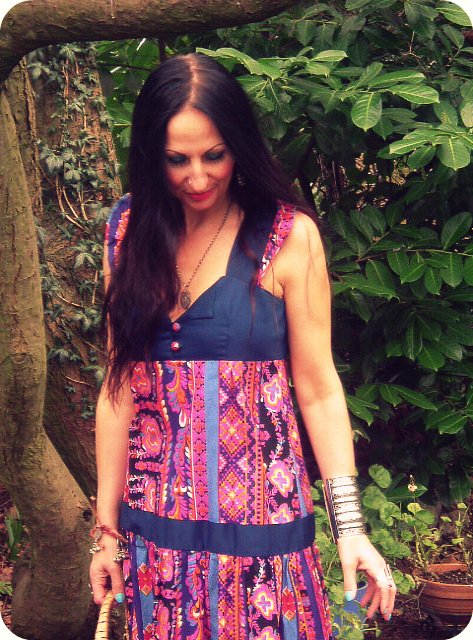 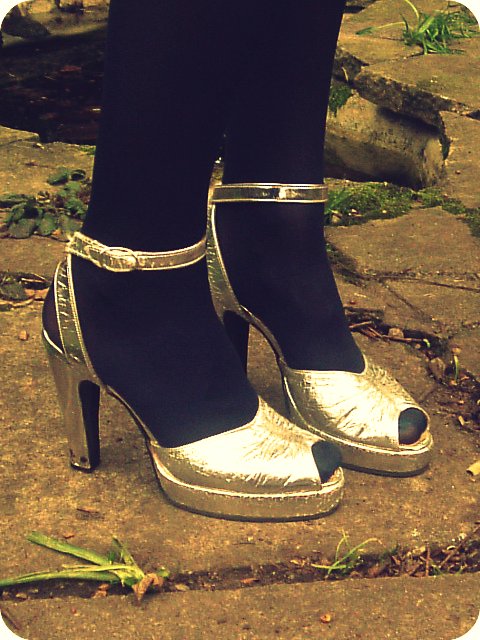 Some original Ravel of Bond Street silver leather platforms (£4.50, Cancer Research) and a pair of 10p navy opaques tights from a jumble sale. 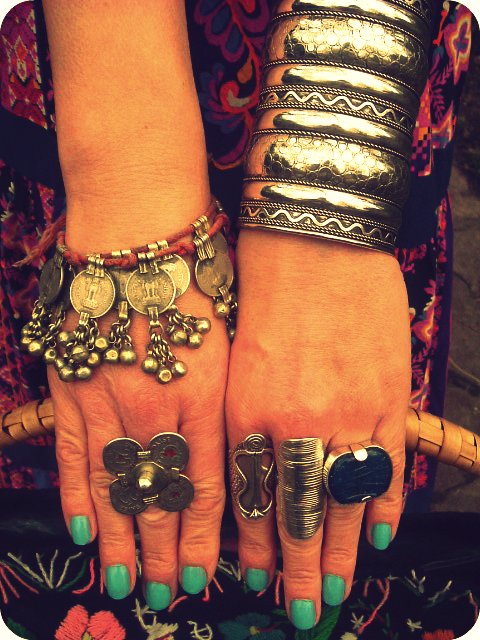 My tribal jewellery was bought at source in India (apart from the Lapis Lazuli ring which was a present from my Dad when I was 11 and the huge cuff I had for Xmas). The ring and anklets (worn as bangles today) are made by the Lamani tribe of Karnataka from obsolete coins. 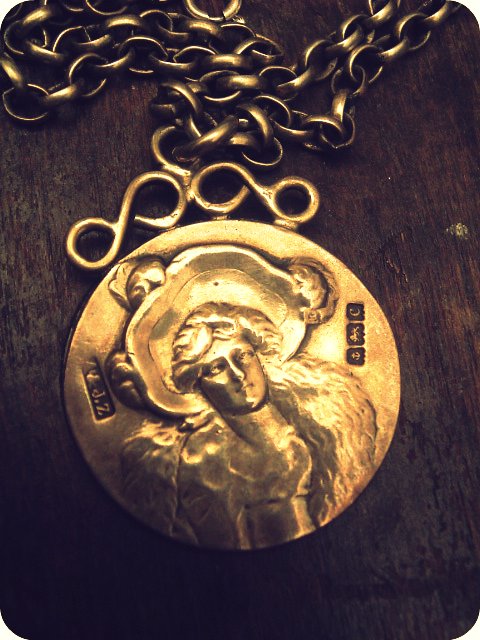 My pendant was made by renowned Birmingham silversmiths, Arthur & John Zimmerman in 1902. It was once a button on my Great Grandmother's favourite jacket but my Grandpa had mounted and put on a chain for my Grandma. 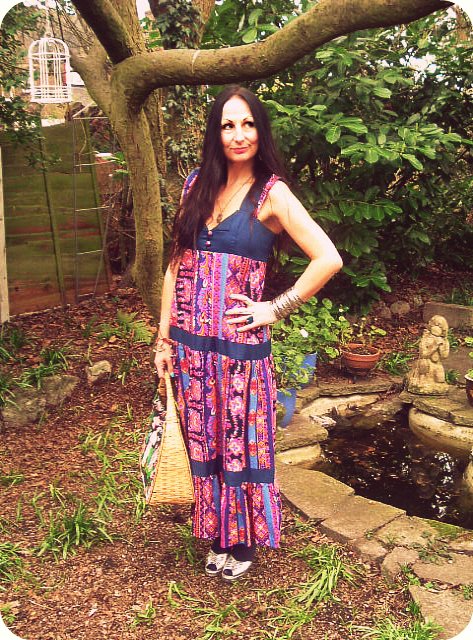 What a pair of cheapskates!
I'm entering our His'n'Hers outfits into Ceri's Ethical Bloggers competition. 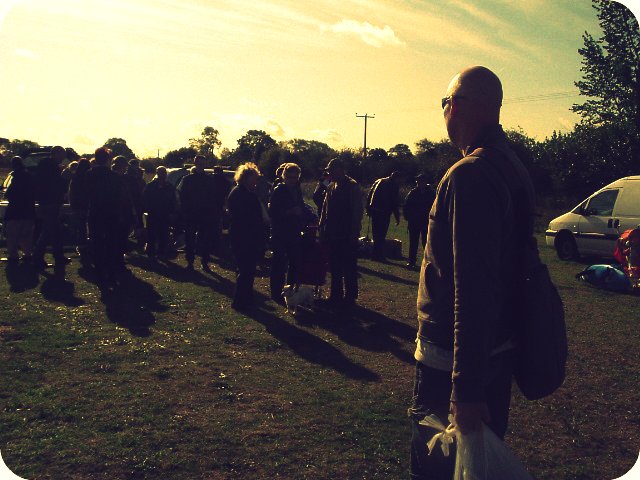 There's much excitement in the house as the legendary Thursday morning car boot sale has restarted for the year and we're off there shortly. Keep your fingers crossed that there'll be some fabulous things to show you tomorrow.