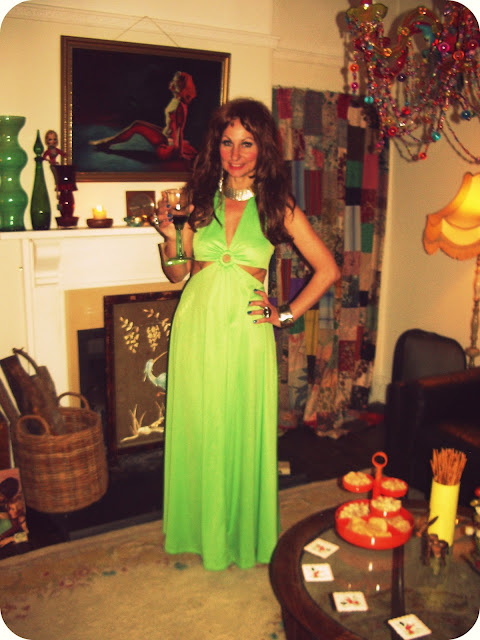 You've seen this Bernshaw dress before (courtesy of the divine Curtise ) but what's that on my head? 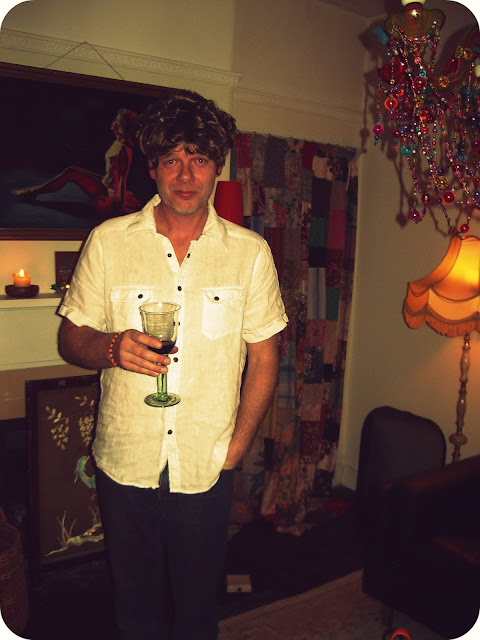 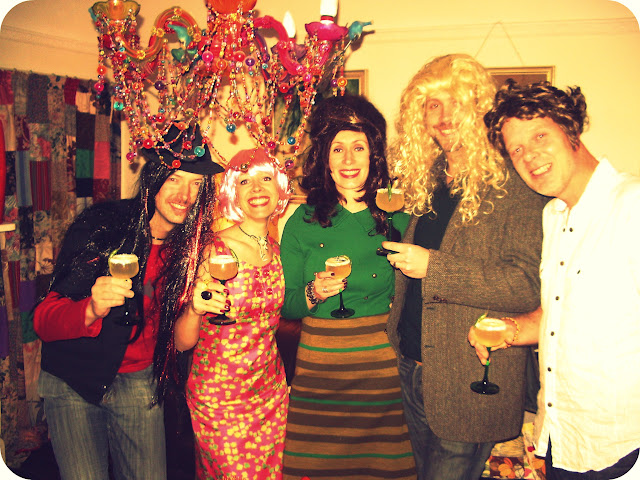 We threw a little party last night, the guests had to bring a bottle and wear a wig and rose to the challenge splendidly. During last weekend's Skype chat Krista talked me through making chilli Martinis and they went down a storm, I wish I'd made more. 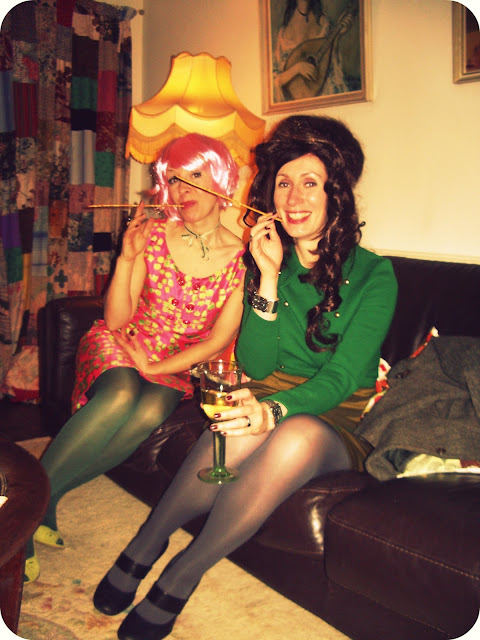 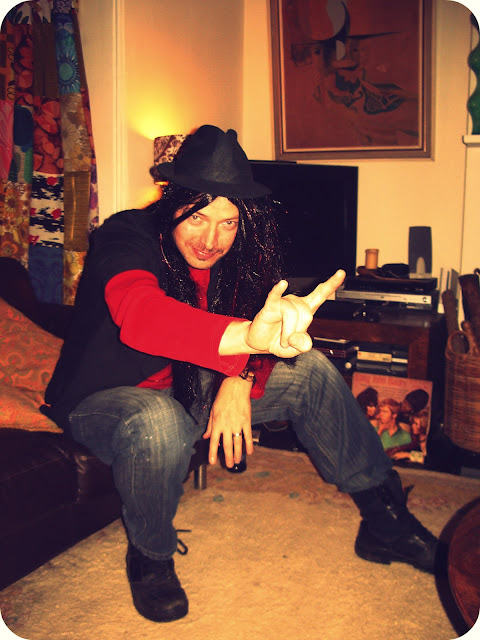 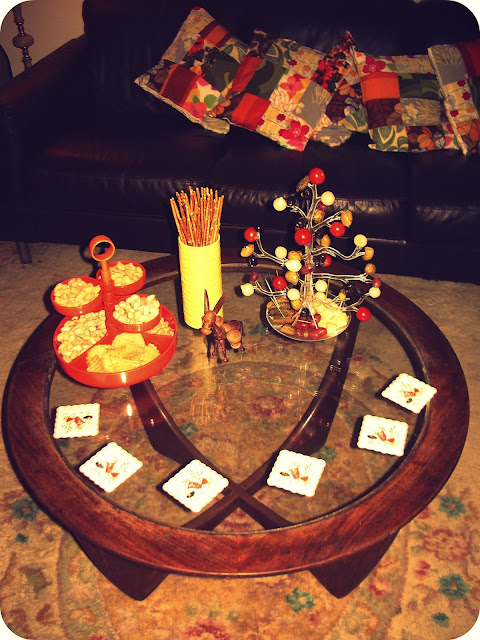 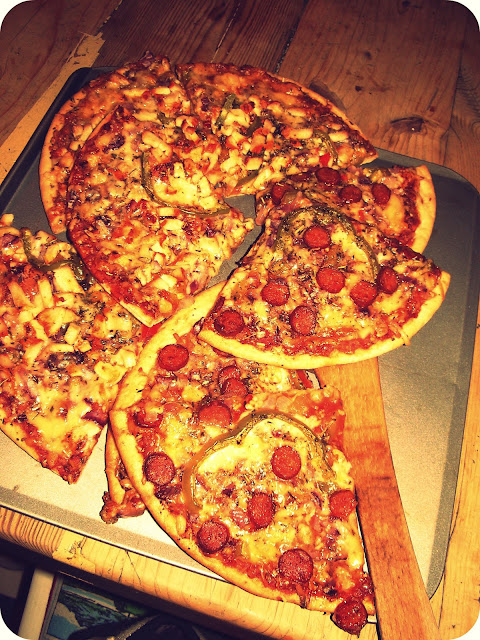 Jon made his famous pizzas, Chicken Tikka and spiced German sausage for all but me.. my Gorgonzola, mushroom and mixed pepper one was cooked on a separate tray. 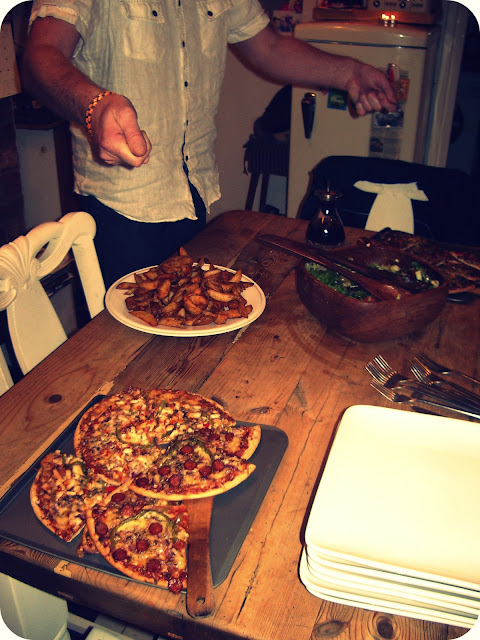 There was Greek-style salad and spicy jacket wedges, too. 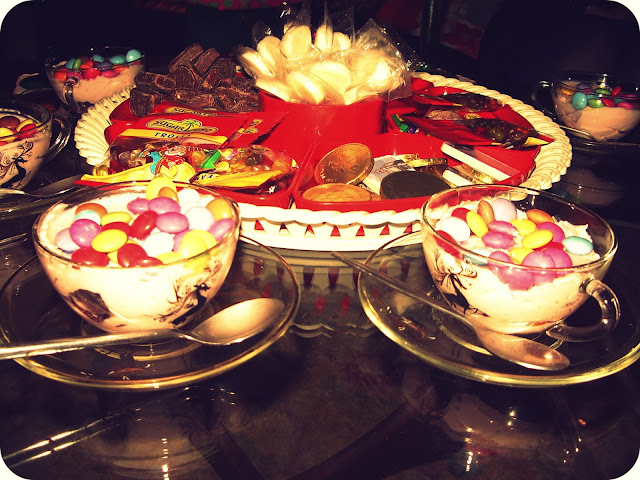 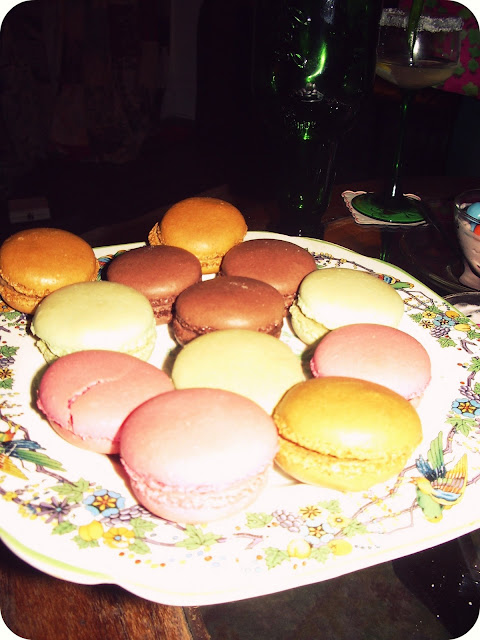 I spotted these macaroons in the freezer at Lidl. 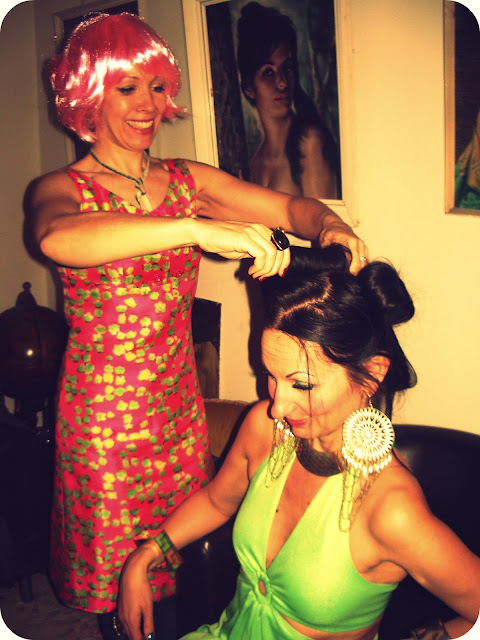 After a few drinks the madness started with an impromptu hairstyling session. 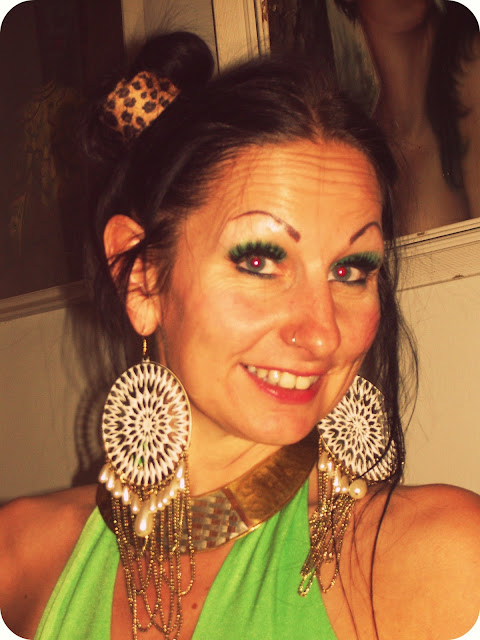 Stick to the day job, Liz. 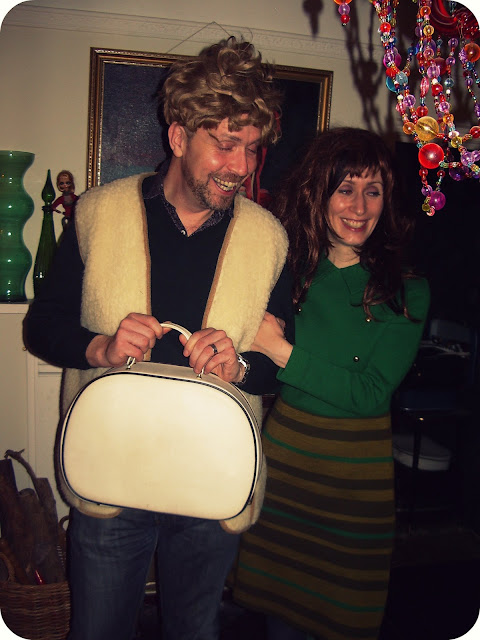 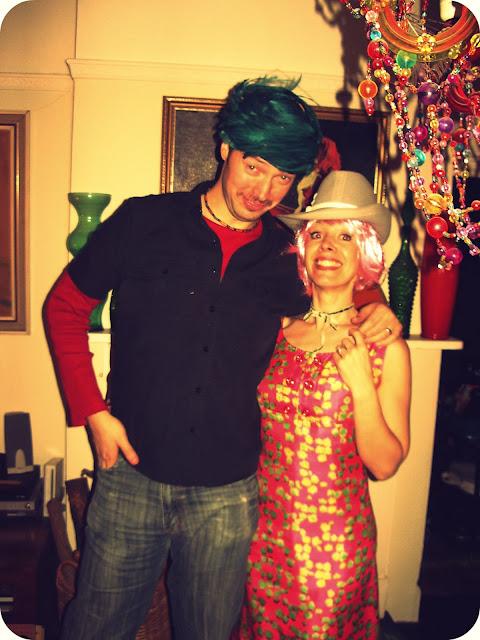 ...the hat cupboard got ransacked. 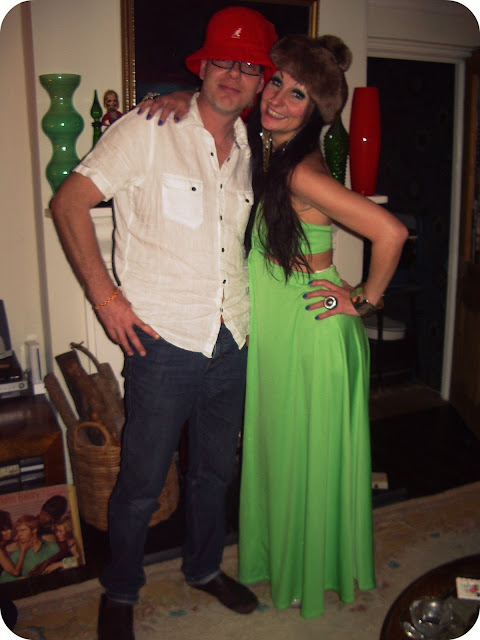 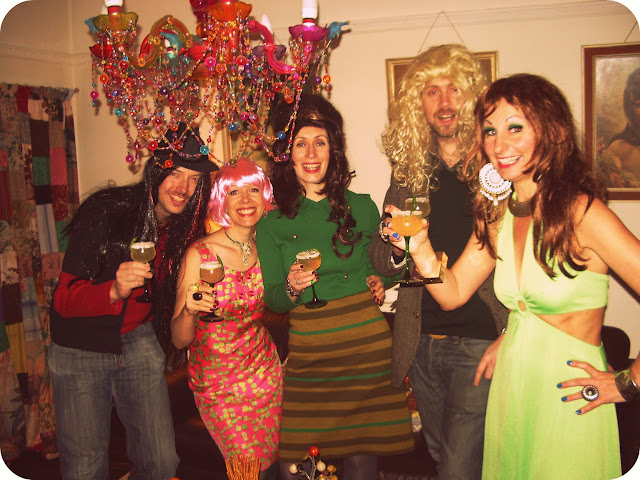 We're off to the pub later and visiting a vintage fair tomorrow, that's if Jon's sniffle doesn't develop into full blown man 'flu.

Have a fabulous weekend.
Posted by Vix at Saturday, November 26, 2011

Email ThisBlogThis!Share to TwitterShare to FacebookShare to Pinterest
Labels: Out and About, Retro Partyware