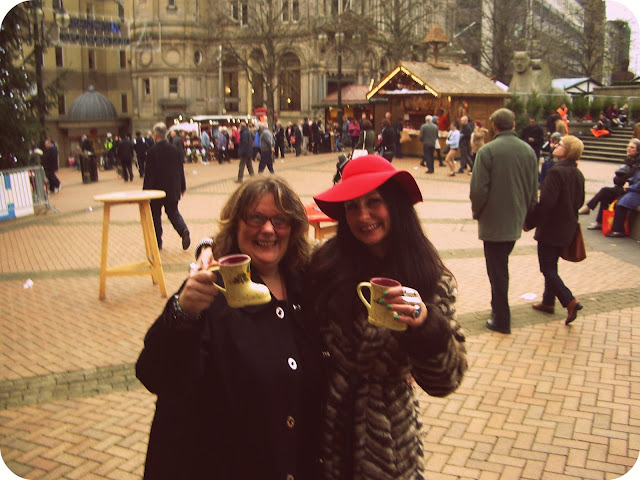 I met the lovely Zoe yesterday at Birmingham's Frankfurt Xmas Market in Birmingham, the largest German market outside of Germany. 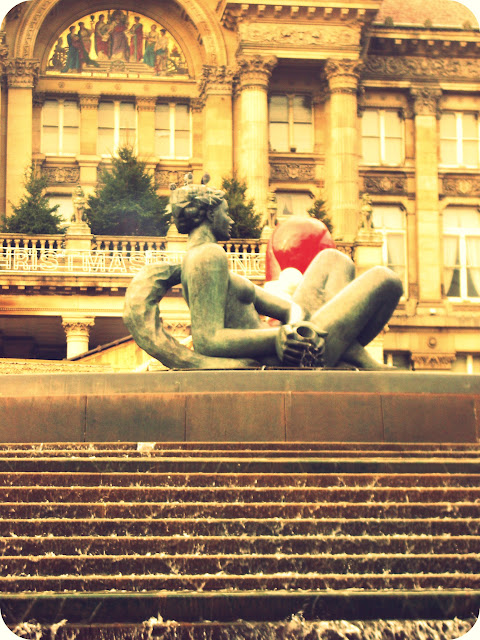 We arranged to meet at one of Brum's most recognised landmarks, known locally as the Floozy In The Jacuzzi. 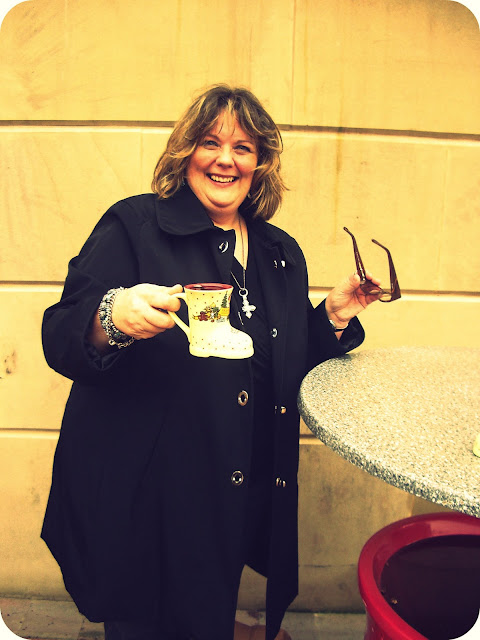 We had a couple of Glühweins to stave off the winter chill and spent a hilarious hour and a half gossiping and people watching. 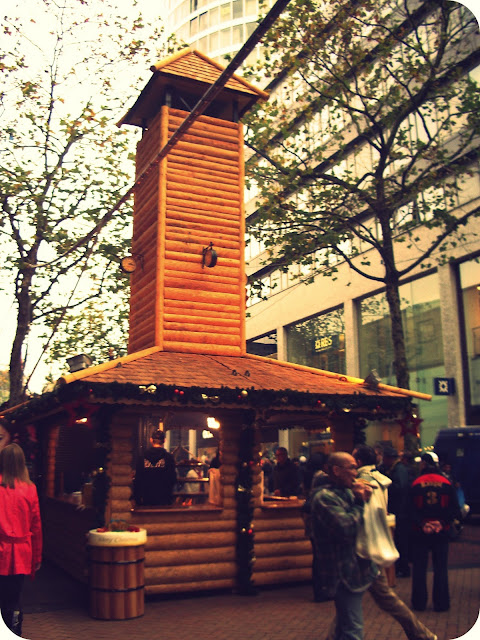 The air hung heavy with the aroma of German sausage. 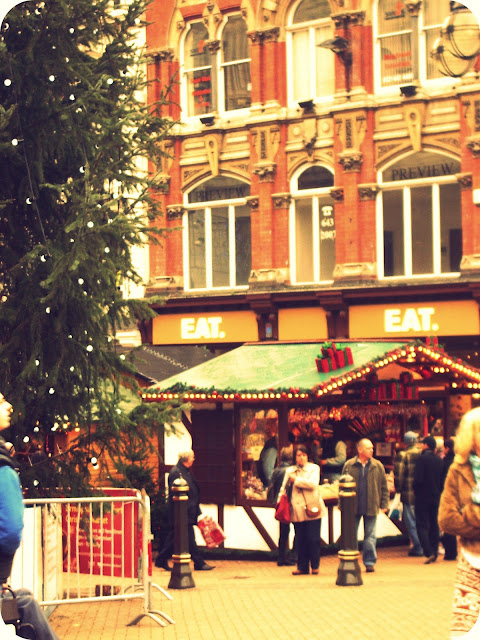 There was tourist tat galore. 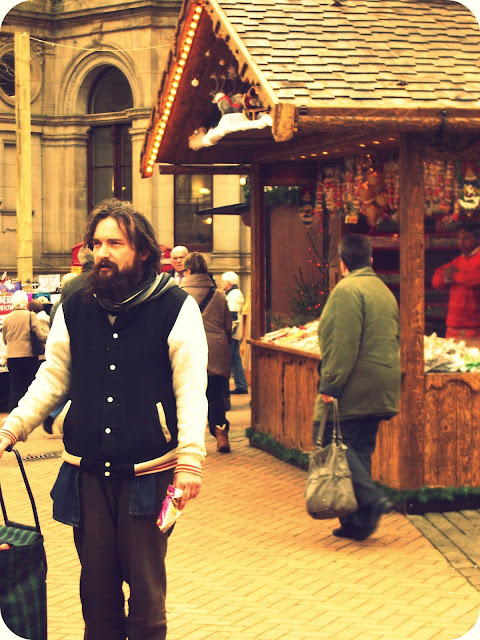 All manner of local characters. 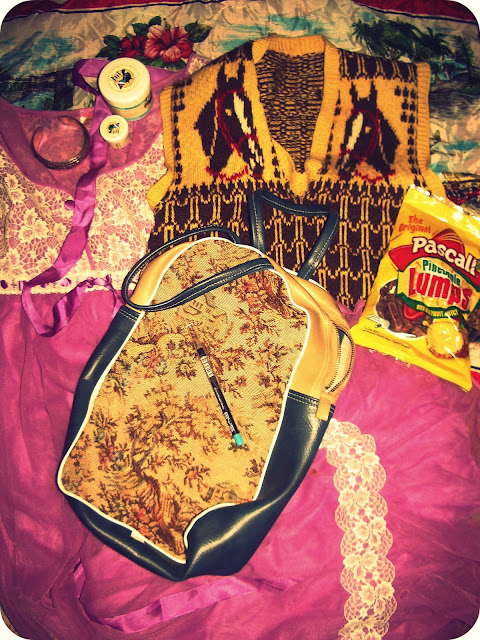 Talking of characters I received a surprise package from the inimitable Helga Von Trollop in yesterday's post. Check out the insane tank top. 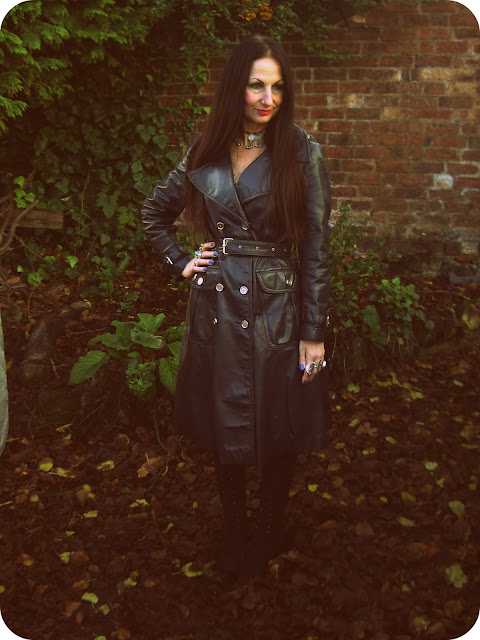 By bizarre coincidence I found this 1960s German-made midnight blue leather trench coat at this morning's jumble sale. It has a heady aroma of foreign tobacco and scent and I feel like a secret agent in it. 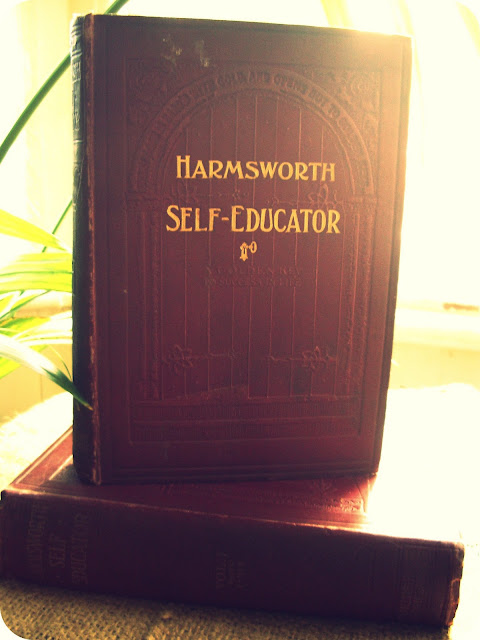 I also snapped up this 1906 double edition of the Harmsworth Self-Educator with fascinating tips on everything from finding the correct staff to run an efficient household, how to set up a baker's shop and touring the Carpathian mountains by train (£16 10s return).

In the Geographical Guide to England it describes my home as thus:

"Vegetation is blasted, and a pall of smoke overhangs squalid towns of mean houses, little redeemed by the fine administrative buildings and the luxurious villas of the west end - the fashionable, because, with our prevailing west winds, the least smoky quarter. Iron smelting and the iron manufacture in all its countless forms are carried in on a ring of iron towns rapidly growing into one unsightly whole - Birmingham, West Bromwich, Wednesbury, Walsall, Wolverhampton, Tipton, and others, forming what is fitly called The Black Country."


No change there, then. 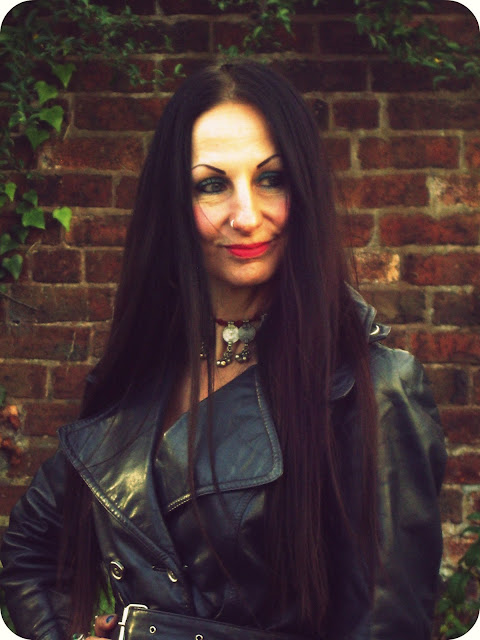 Where I live might be dirty and depressing but it's probably the only place in the UK where you can pick up antique books and a leather trench coat and still get change from a quid. 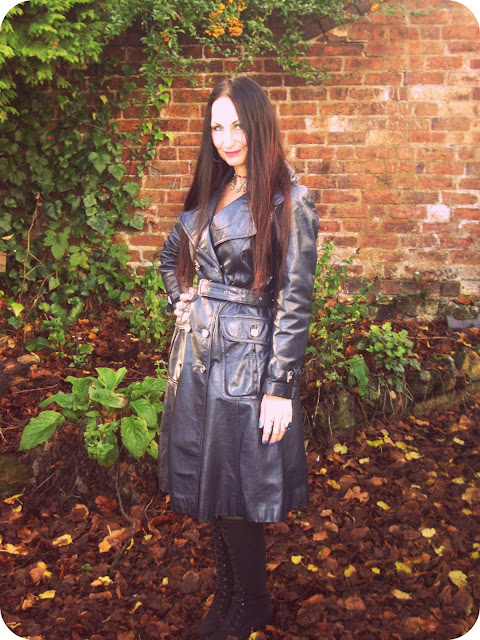