Shop Till You Drop! 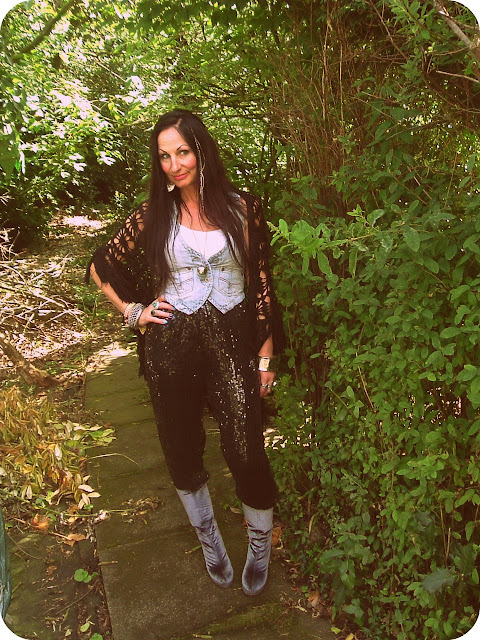 Who says that there's no decent vintage stuff at car boots and jumble sales these days? Not me, that's for sure! I bought so much today that I'm going to have to blog about it in installments to save you from getting bored. 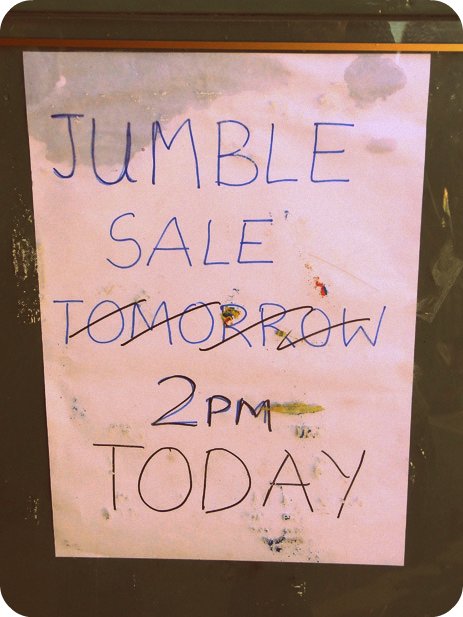 As soon as I'd paid my 20p and gone inside the church hall I spotted some sparkly stuff glinting at me from the table. As usual I grabbed everything, paid and stuffed it all in my bin bag, not examining anything until I got home. 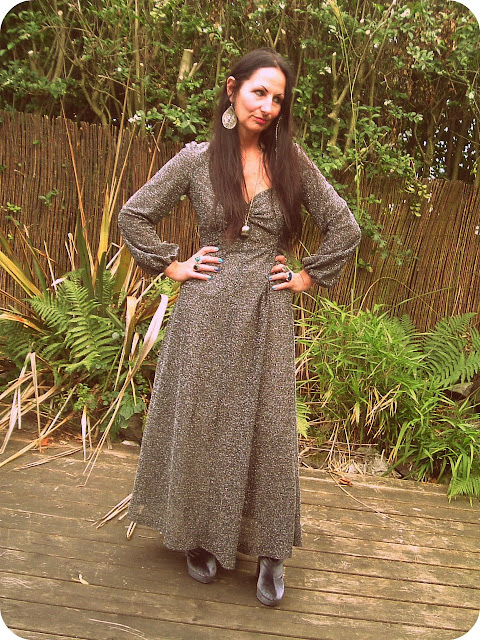 The first item turned out to be this 1970's era maxi dress by Spinney. 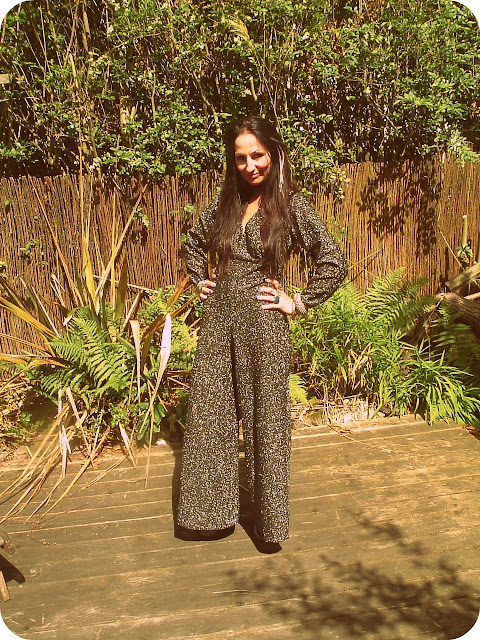 I nearly died on the spot when I discovered all that lovely lurex was a seventies-tastic catsuit. It's handmade and just fabulous. I can't wait to wear this, in fact I love it so much I might never take it off. 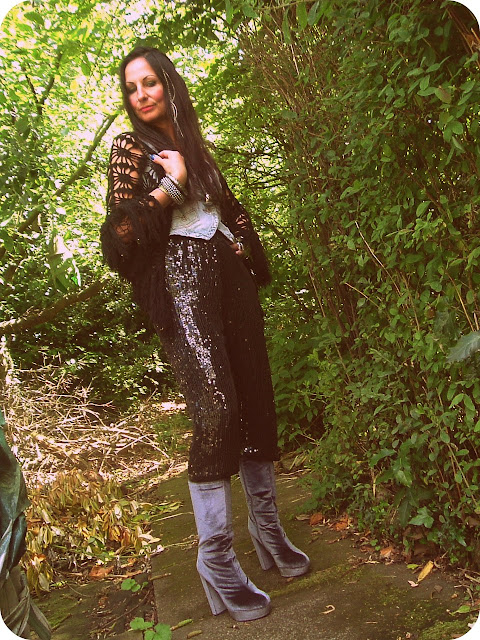 At first I thought these sequinned pants were those ubiquitous high street ones that were all the rage a couple of years ago, but no, they're vintage, by 1970's British label, Ann Green and silk-lined. The hand-made crochet shawl was another discovery.

As everything was 25p an item that's a decent haul for a quid.

The boot sale was also quite good. Within seconds of arriving we bumped into an old mate who tipped us off about cheap India flights and a boutique festival we hadn't heard about. 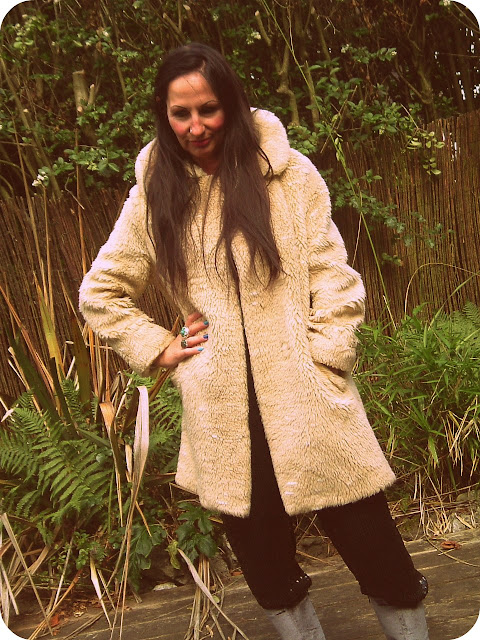 This English-made 1970's fake fur coat by Quelrayn was £2. I've got rather a lot of fake fur coats but most are a bit on the big side so they're out and this one's a keeper. 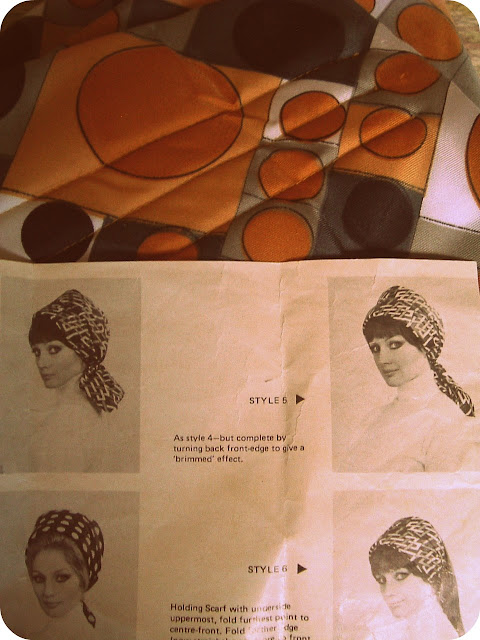 This Caraselle Headliner scarf is still in it's original 1960's packaging. You can wear it in a variety of ways and has a plastic beehive protecting band that slots inside to prevent your big hair getting squished. £1 well spent, one hates ruining one's updo. 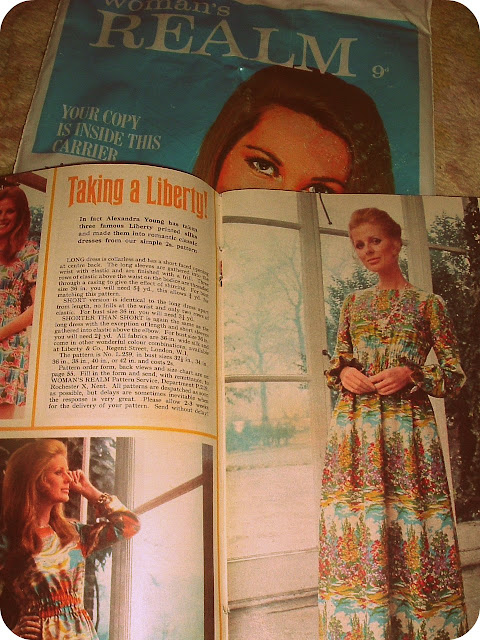 I paid 50p for this March 7th, 1970 issue of Woman's Realm which came in a souvenir carrier bag and originally had two complimentary Tetley tea bags free inside (but were sadly missing). You could send off for this dressmaking pattern for 2 shillings (post paid). 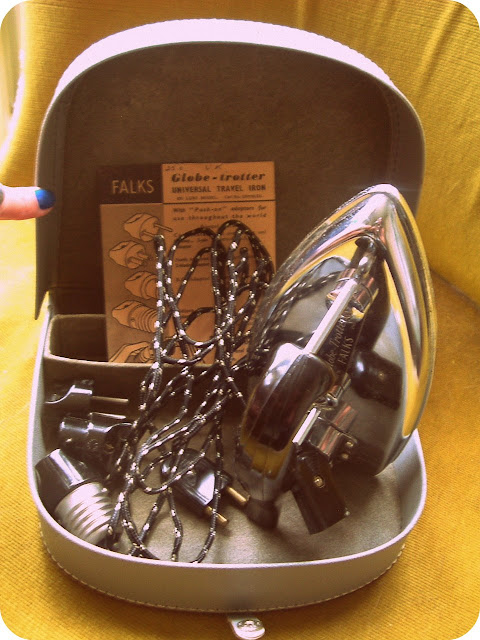 A 1955 Falks of Mayfair travel iron which appears to have never been used. There's even an Indian adaptor so maybe it'll come with us next time we go. The nice seller wanted a £1 "because it was old". 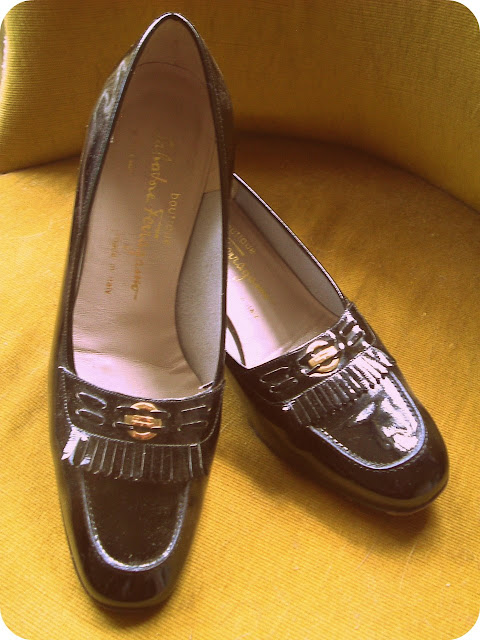 Believe it not this is the second pair of Salvatore Ferragamo shoes I've picked up this month. The first pair are 1940s and way too small for my huge hooves. This pair of patent heeled loafers fit perfectly. They were £2. They'll look fab with bright opaques and hot pants when it gets colder.

Phew! Are you still awake? More to follow soon.