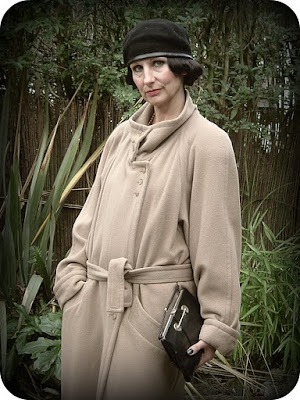 Ready for some more history? Today it's the turn of the 1920's. Jen, self-confessed loather of the era, should look away now. To be honest I've struggled with the Flapper look, so many of you have commented about it being a particular favourite and the pressure's scared me witless.

Contrary to popular belief the flapper fashions of the Roaring Twenties were actually only worn from 1926 until 1928. During the earlier part of the decade skirts had only just risen to calf length. The Great Depression led to a subsequent lowering of hemlines and a less decadent way of life. 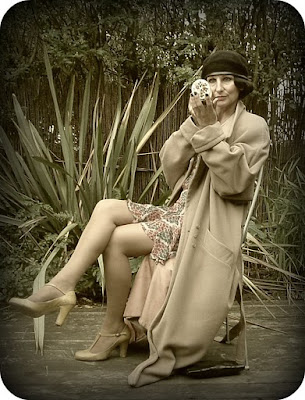 Previously fashion had been the preserve of the wealthy but Flapper style was the first instance of attainable mainstream fashion. Construction of the flapper's dress was less complicated than past fashions and women were able to successfully home dress-make a straight shift using a Butterick paper pattern. 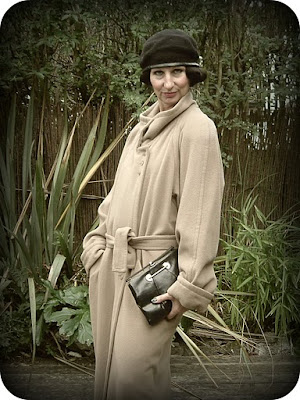 Hair was bobbed and shingled and the forehead went out of fashion, either covered with a brimless cloche or by an ornate hairband. Make-up was heavy, lipstick was ox-blood red and applying ones' make-up in public, once considered shocking, became fashionable, leading to the craze for mirrored compacts. 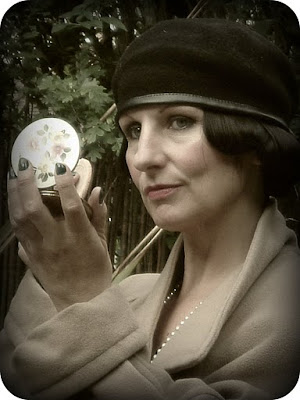 If like me you're a history buff and have the time do check out this earlier post.

What do you think? Have I pulled Flapper fashion off? 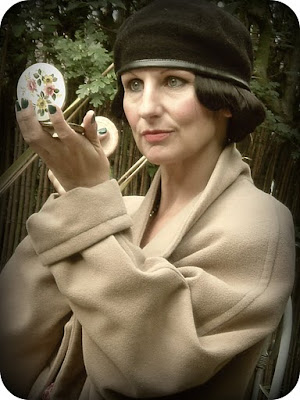